“All you need to know about ﬂy ﬁshing is…”

These words echoed in my head for the entire month I spent up in Alaska this past fall. I was there with Fly Out, a media company making a ﬁlm about the Alaskan experience, told from the point of view of lodges and anglers in the southwest of the state. I was hired as the videographer for the ﬁlm.

I had never gone ﬂy ﬁshing before this production. 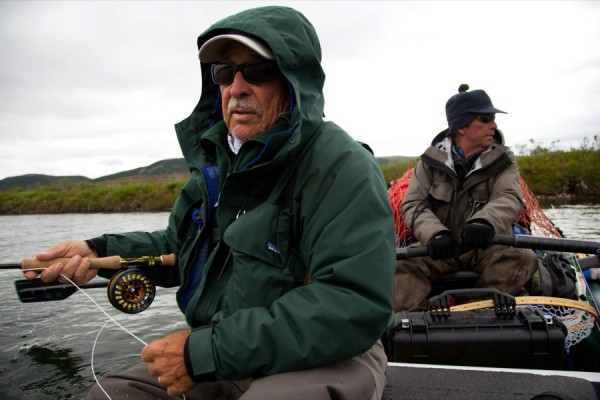 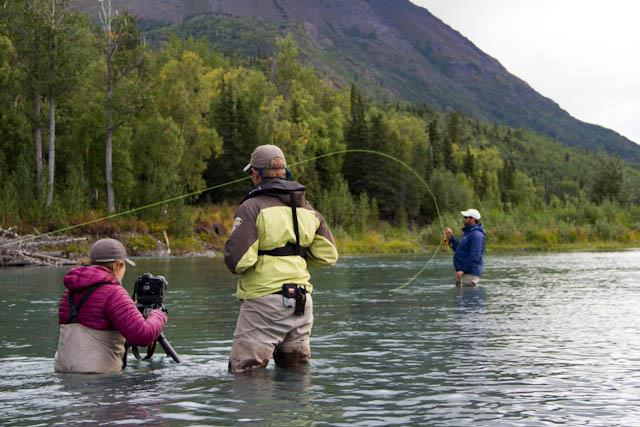 I landed in Anchorage, made my way up to Dillingham, and was on an eight-day ﬂoat trip in the Bristol Bay watershed the very next day. It was guided by Mark Rutherford, owner of Wild River Guides. Eight days in remote wilderness with 11 skilled anglers, and it was my job to ﬁlm them. It was time to learn the art of ﬂy ﬁshing, and I needed to learn fast.

Iʼve always seen the beauty in the sport, but the only time I’d ever tried my hand at it was with a ﬂy-less line. On the ﬁrst day of the ﬂoat trip, I found myself ducking and dodging ﬂies, even hiding behind my camera at times to not get hit. It was clear I needed to better understand the cast if I was going to get the shots I wanted. 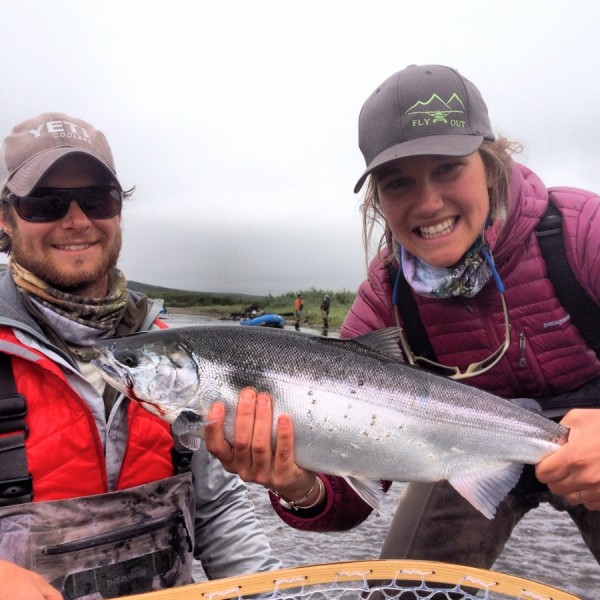 Day two and the director of the ﬁlm, Cory Luoma, was excited to get a rod in my hands and teach me the sport. Cory runs Fly Out, but he spends his summers as a guide up in Alaska. The perfect person you want when youʼre learning. But with every Dalai Lama ﬂy I took to the head, or hook I had to rip from my outer layers — you should see all the pricks and holes I had in my down jacket by the end of the trip — one of the guys would come up to me and repeat the familiar words: “All you need to know about ﬂy ﬁshing is…”

One by one they would come to tell me the one trick that would make it all click. The problem? Each of my helpful instructors had a different tip. Lock your wrist, snap your wrist, look behind you, pull the line, let go — my head was spinning. Iʼd retreat back to my camera, the perfect excuse to keep from getting frustrated. 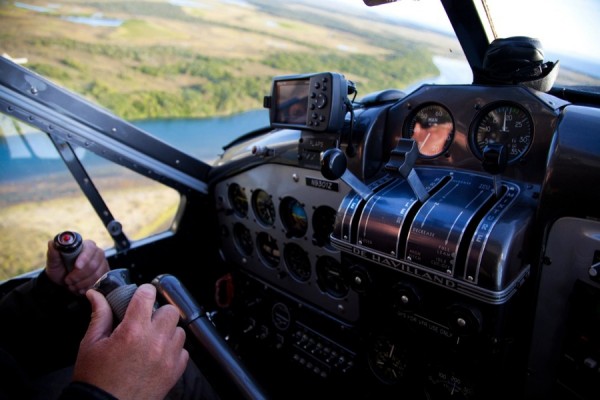 Filming the sport day in and day out on the ﬂoat trip, I still felt drawn to it and wanted to end the experience as a capable ﬂy-ﬁsher-woman. Iʼd ﬁnd myself ending the day in my tent, falling asleep to visions of casting. Cory and the rest of the guys were all amazing at teaching me the fundamentals, and by day ﬁve, I looked less like a wizard with a wand, and more like an angler. When I pulled in my ﬁrst Silver, I gave it a kiss. Who am I kidding? I kissed every ﬁsh I pulled in after that because it felt so damn good to be getting the hang of it. And even better, I knew just where to stand to capture the elegance and precision of the cast.

“All you need to know about ﬂy ﬁshing is…” This became my mantra as we left Bristol Bay and continued on our way.

“All you need to know about Alaska is…” Coryʼs vision for the ﬁlm was to share the uniqueness and awe of the state. With the proposed Pebble Mine, our time in Bristol Bay was made up of conversations about conservation. The guides we ﬁlmed with on the ﬂoat trip all spoke of the need to protect the sacred headwaters. They had a deep-rooted connection to the wilderness up there, and wanted to ensure a healthy ecosystem for future generations. 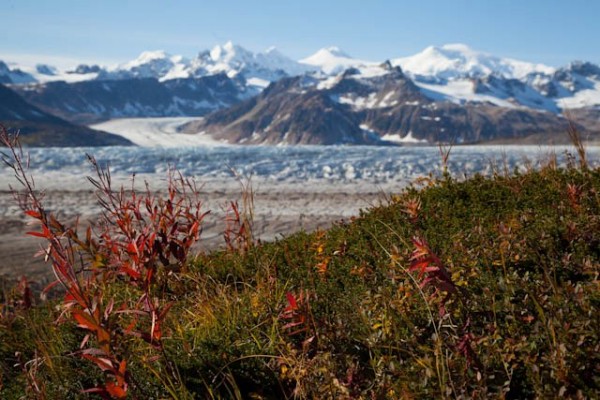 Next stop was Mission Lodge, outside of Dillingham on Aleknagik Lake. We were in some of Alaskaʼs ﬁnest ﬁshing holes, which could only be accessed by bush plane. Most of the guides we ﬁlmed with only lived there seasonally. Their summers were spent catching bigger ﬁsh than we could ever dream of in the lower 48. They knew all the tricks of where to ﬁnd them and how to catch them. Come December, theyʼre already dreaming about next summer because that’s the draw — catching monstrous-sized salmon.

The Kenai Peninsula was our next ﬁlming location, where the water is a magniﬁcent teal, and the bears are hungry. We spent a few days with Kyle Kolodziejski of Kenai Riverside Fishing. Kyle lives up there permanently now and spoke of the serenity and peace he ﬁnds on the Kenai.

Our ﬁnal stop on production was at the Tordrillo Mountain Lodge, an hour’s bush plane ride from Anchorage. At Tordrillo, the emphasis was on recreation. It wasnʼt until riding backwards on a jet ski ﬁlming their lodge manager foil boarding, or standup paddle boarding in a glacial lake surrounded by ice, that I understood how much fun could be had in the Tordrillo Mountains. We were at base of towering peaks, at a river mouth that feeds into the lake where the lodge is positioned. Everything is right at their ﬁngertips. The guides at Tordrillo are drawn to the pure, unadulterated fun that can be had in Alaska.

“All you need to know about Alaska is…” For me, all I need to know is that no matter how you look at it, Alaska is a place that offers so much more adventure than I ever could have imagined. And that adventure comes with passion. Passion for the environment, the wilderness, the wildlife, the mountains. The air is as crisp and clean as the rivers, with a magnetic pull that keeps you wanting more.

Hereʼs the trailer for the ﬁlm we shot up there: Magnetic North.

We’re releasing different episodes from the ﬁlm on the ﬁrst of every month. Visit Alaska Fly Out to see each episode, and stay tuned because there are more to come.

Tagged
Alaska, United States Ambassadors
What did you think of this story?
Meh
Good
Awesome
✖
travelstoke
Download the mobile app
stoked by