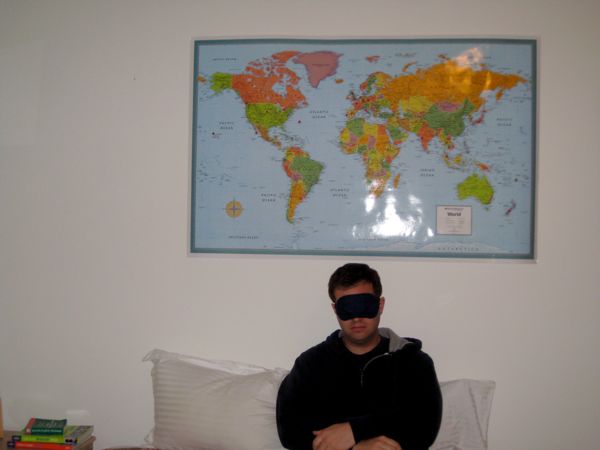 All pics by Tom Gates.

Tom Gates gets self-involved on a Morrissey level and writes about the comedown after traveling the world for 12 months.

I’M NOT MUCH FOR handholding. Or extended hugging. Or for feeling vulnerable. Ask the ex’s. They’ll tell you what caused them to kick me to the curb – my ridiculous independence and need to hold onto it, even in moments when I’m not supposed to be holding it all together.

This moment, though, finds me somewhere on the border of drama and melodrama. It’s a state of being that I can only call ‘away-sickness’, a term I’ve adopted for when I feel the pull to leave home and can’t. Most people want their down comforter and indoor plumbing – I crave a straw bed and a boxed hole in the ground.

I moved to Los Angeles three months ago, following a year of worldwide wandering, during which I lived in twelve countries over twelve months. The idea of the trip was to embrace the concept of slow travel on a level that many haven’t – going places and then planting my fanny for thirty days. What I didn’t expect is that this would leave me homesick for twelve countries, all of which adapted and adopted me. 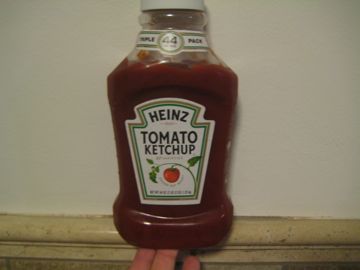 The cracks in my everything’s fine persona showed themselves in February, when I purchased a 44 ounce bottle of Heinz Ketchup.

I looked down and realized that this wasn’t a pit stop on my trip, that I was buying at least fifty burgers’ worth of red stuff, and that even my disgusting eating habits couldn’t substantiate that much condiment craving for less than three months. I lived here.

I tried to fill the hole. I went on $14.00 trips to the salad bar at Whole Foods. I decided that I ‘needed’ to play Ghostbusters on an Xbox and lost a dozen hours attempting to annihilate the Stay-Puff Marshmallow Man. While drinking.

I made out with guys I hardly knew. I played dumb Snow Patrol songs that made me feel weak and great Nada Surf songs made me feel the inverse of brave. I went emo on a Secret level, buying a big cork board and hanging reminders of my trip – a punched train ticket, a pack of dice from a German toy store, the Metallica ticket from Argentina, my Lothian bus pass. 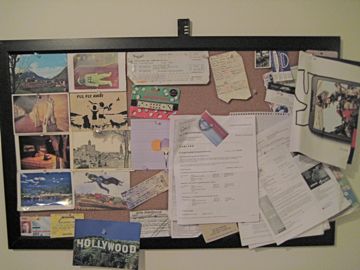 I hit post-travel bottom after getting close and personal with a bottle of Malbec, doing what everyone does after downing a whole bottle of vino: I posted a pitiful song lyric on Facebook.

Immediately my friend (a jedi in world travel) called me. He knew what a twit I was being and wanted to spare me of my cached woe.

“It’s OK. You won’t ever be able to. Just stop posting stupid shit. You look like an idiot.”

We started talking about how much I hated a rooster that hid under my hut in Malaysia, and how most mornings I wanted it dead in time for breakfast, on account of its need to begin cock-a-doodling just after I’d entered a perfectly buzzed sleep (you can get bootleg beer even in Taman Negara Park if you know the right people). I was trying to figure out how I’d become so nostalgic about something that bothered me so much at the time, and why it was something so inane that I kept coming back to.

Other things flushed from my brain. Like Neri, a student from a small town in Italy. He was assigned to my ESL classroom for month of “camp” that even the stupidest student realized was really school that involved monotonous songs and construction paper. To say that Neri tortured me would be an understatement – spitballs from straws, soccer balls tossed across the classroom and tantrums about any kind of accountability for these things.

His grandfather came to the school after the woman running the program finally realized that I couldn’t control this pinball child. The grandfather’s answer was swift and simple: He beat the tar out of the boy in the school courtyard while we all watched. The next morning Neri showed up with translated English sharpie’d on his palm and offered dutiful apology with tears and sincerity. One day later, he was flipping over desks and dumping paint on the ground.

I am sure that Neri is being rapped in the head right now for some poor behavior and that he has come to expect this treatment. I think about what would have happened if I had stayed in the small town in Tuscany. Could I have broken the cycle? Could I have helped him? Did I abandon a cause that was supposed to be one of my life’s biggest challenges? Or is this child simply an asshole? 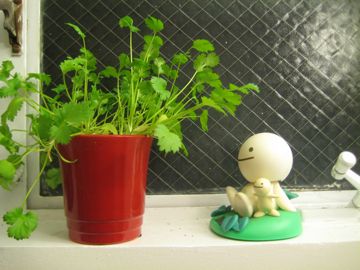 And now I’m here, in the perfectly painted room with the washing machine humming, the pool outside, lit with underwater lamps and the smell of flawlessly maintained flowers wafting into my window. I have a great job and am surrounded by great people. Yet I question.

Last weekend I went to a workshop about how to connect with ‘kindred spirits’ and build community. As much as I was enamored by most of the other people in the room, I didn’t feel like they were my lot. How could I be surrounded with such evolved, cool people and not feel a connection with them?

It hit me on the second day. My kindred spirits are travelers.

It scares the hell out of me that I don’t know how to connect with my people unless I’m at a guesthouse in Laos or climbing a mountain in Chile. I don’t know why making a thrifty dinner with three new friends in Queenstown is more exciting than sitting down at a fancy restaurant in Beverly Hills. I don’t know why I need to meet people that I’ll never see again and why the time I spend with them is more powerful than many of my lifelong relationships. 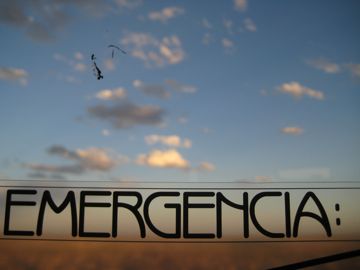 Last night I tried like hell not to look at the photos from my trip.

I hadn’t given them a solid look since I’ve been back. But like anything, the more I told myself not to, the more I needed to see them.

If you’re a traveler, you get this. They made me feel everything at once. I felt sad, thrilled, joyous, festive, embarrassed, empowered, weak, lonely, powerful, doomed and unstoppable all at one time.

I keep thinking about how last year I found out that there is, indeed, water at the bottom of the ocean, and that you need only travel to find it. It’s one thing to logically process that there are amazing things in amazing places. It’s another to gape at them from two yards away.

This is the high I will chase as long as I live. I will do my best to remain in light.