DATO DOESN’T BULLSHIT. He was our guide and our friend. A village chief and a former champion at the Pasola fist-fighting matches. I loved and feared him equally. And when I asked him why all Marapu men wear swords in their belts, his answer made my throat go dry.

“It is useful for opening coconuts or for cutting off another man’s head,” he said without a hint of bravado.

Modern Sumba exists in a virtually prehistoric state. They carry swords. They ride on horses. They use buffalo as currency. And if you kill another man during the annual Pasola Festival, you will not be charged with murder. 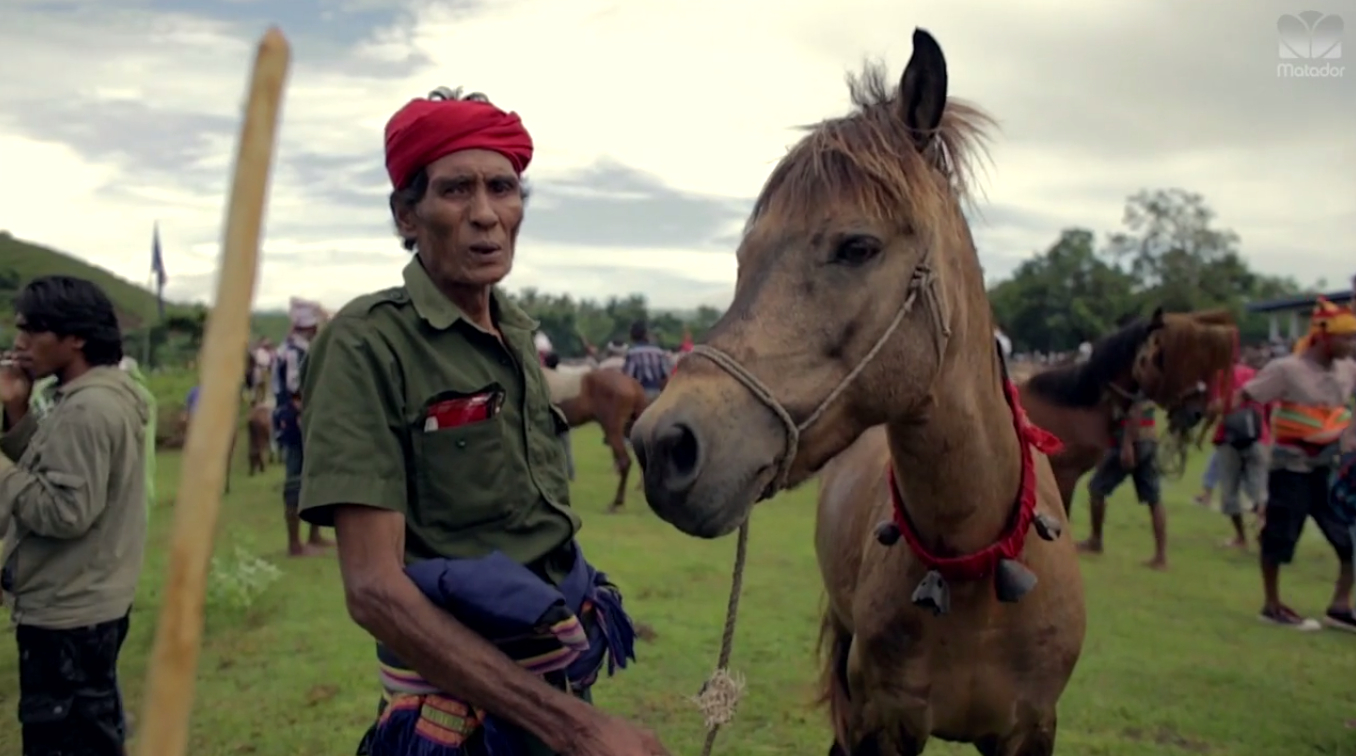 Amongst the tribal clans that occupy this Indonesian island, feuds run generations deep, tempers run hot, and fighting is part of everyday life. Villages are set up like fortresses, located on tops of mountains with high stone walls (which makes access to water very difficult — a constant problem on the island). That’s not to say they aren’t warm, gracious, and kind people as well. But they wear their hearts on their sleeves, and their swords on their belts.

When I first heard about the Pasola Festival a few years ago, I promised myself I would someday attend. As a filmmaker, I knew I had to attempt to capture the experience. But this shoot would prove the most difficult and dangerous of my career. The mud and the rain. The hostile and riotous crowds. And the very nature of the festival — a human bloodletting ending in a all-out riot — by the end of the day we considered ourselves lucky simply to leave uninjured and with all our equipment intact.

Two short incidents that couldn’t find their way into this short video:

Now watch the video (or watch it again). See those spears flying right over our heads? Last year a spectator caught one of those through the eye and out the back of his skull. He died instantly. It was a good harvest.

Special thanks to Dato, Chris Bromwich, and Nihiwatu Resort for making this video short possible. We didn’t create this for any commercial purposes…it was just something we felt compelled to document. Thanks for watching.

Tagged
Culture Guides Festivals Indonesia Ambassadors
What did you think of this story?
Meh
Good
Awesome
✖
travelstoke
Download the mobile app
stoked by