Photo by Woodley Wonderworks.
As hydroelectric power is replaced by sustainable energy, rivers long dammed are coming to life again.

There are almost 80,000 dams in the US. In nearly every case, they isolate fish populations, collect sediment, alter water temperatures, lower oxygen levels, and disrupt flow cycles. The riverine habitat is completely changed or destroyed.

The good news is that rivers can recover, and quickly, if given the chance. Dam removals across the country are showing us how the environment reacts when the dam is taken out. Natural flow conditions develop quickly after the majority of the sediment is removed and species diversity often doubles.

Beyond the rivers, floodplains and wetlands in the surrounding landscape are revitalized by the restored flow. The new vegetation growth helps the animal populations. In addition, local economies are finding that the removing dams creates new sources of revenue via tourism.

According to a 2007 report, 273 dams in the United States have been removed since 1999. Most of these dams are so old that ripping them out is cheaper than the maintenance bills. Many don’t even provide power anymore.

If you live in the United States, chances are good that a dam near you has been removed recently. Some of the places–such as the 5 listed here–rank among the most interesting and inspiring destinations of 2008. 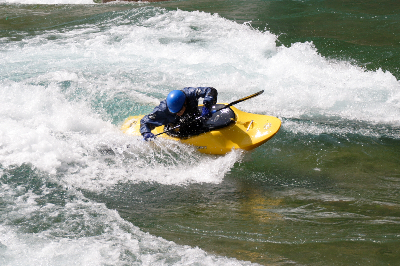 When PacifiCorp removed the Cove Dam in late 2006, it was a worn-out hydroelectric dam that no longer generated electricity.

The removal reconnected 29 miles of Bear River (which is the longest river in the U.S. that doesn’t reach the ocean) and restored fish-spawning tributaries. Fish habitat and water quality have improved. Native cutthroat trout are thriving and native plants have reclaimed the formerly flooded areas created by the dam.

Bear River is a whitewater boating and fishing destination. You can also find all the hiking and camping you can handle in Cache National Forest and Caribou National Forest.

Sadly, the Bear River is threatened with the proposal of a new dam on the Oneida Narrows section. This dam would destroy trout habitat and flood a wintering range for elk. Join Idaho Rivers Unitedin fight this proposal.

Yellow Breeches Creek in Pennsylvania is widely known as an excellent trout fishery. In late 2007, the Whittlinger Dam was removed in an effort to restore Yellow Breeches to a free-flowing state. The old dam was not economically beneficial and had been deemed a hazard.

The dam removal has opened options for paddlers and habitat for migrating fish. This area is especially popular due to its proximity to the Appalachian Trail. Lower Allen Community Park in Mechanicsburg provides camping spots and creek access. More access points and maps are available here .

This dam removal has been well documented. Oregon Public Broadcasting has a short video of the removal. The Marmot Dam website also has a great time lapse video.

Within three days, salmon were migrating past the former dam site.

The sediment was not removed during demolition. It was expected that the river would wash it away in the following months or years. It took one day. Within three days, salmon were migrating past the former dam site.

Part of the dam’s former power output is being replaced by current and planned wind farms.

When the Little Sandy Dam, the next dam in the project, is removed this year, the habitat for the salmon will be extended even more. The land recovered from the dam removals is being donated to form part of a nature refuge and recreation area.

With Mount Hood nearby, the area is a popular outdoor recreation destination for every activity you can think of.

4. Hersey Dam, Hersey River, MI
This dam, which had not produced power since the 1940s, was near the mouth of a cold water trout stream – completely blocking the Hersey River off from the fish in the Muskegon River. 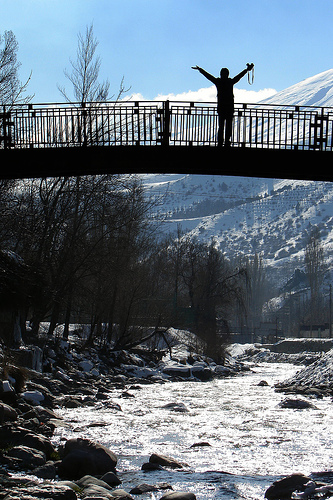 Dam removal in Michigan is rare, because the state has trouble approving the cost for removing obsolete and unsafe dams. The removal of the Hersey Dam was funded mostly by private organizations interested in the fishing and environmental improvements.

With the dam gone, trout and other fish are able to move freely between the Muskegon and Hersey Rivers.

There are plenty of activities available in this area. Hike and bike the Pere Marquette Trail, and paddle and fly-fish the Muskegon River .

This dam had been known to breach during storms and had not provided electricity since 1950. After its removal in late 2007, a riverfront recreational area was created, downstream water quality improved, and fish habitat was extended.

With part of it named Fisherman’s Paradise, it isn’t surprising that Spring Creek is considered by many to be the best wild trout stream in Pennsylvania. Fishing conditions, boat accesses, and maps can be found here.

Hiking and camping opportunities can be found nearby at Bald Eagle State Forest and Rothrock State Forest.

As people become more aware of how our actions affect the environment, many are realizing that green energy is much more than just avoiding coal and oil. We must be careful to not disrupt natural habitats. For example, don’t cut down trees to make room for solar panels . Don’t clear forests to create biofuel plantations. Don’t dam our rivers for hydroelectric power. There are better ways to do this.

Spend a little time at one of these rivers, bring your family, and you’ll see why.