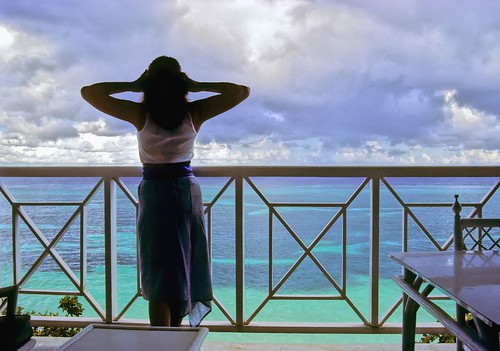 When one hears the words “Sandals Resort”, we immediately think of over-priced and undercultured. This is unfortunate, as Jamaica offers not only one of the most fascinating islands in the Caribbean, but can be traversed for very little–provided you stay away from the resorts! Jamaicans have a rich history, excellent food, and a demeanor that can’t be beat.

Another of the Caribbean islands that does not rely too strongly on Tourism and “services,” the Dominican Republic boasts a stable democracy (30 years) and a weak peso (DOP). Within very uneven wealth distribution, even those of moderate means in the states can live like–er–royalty. An old travelpunk.com friend of my wife and I purchased an apartment there.

Populated on one end (Trinidad – lots of manufacturing for goods throughout the Americas), heavily wooded on the other. Primary language is English making it relatively comfortable. While tourism is growing, however, T&T is not nearly as dependent on tourism as other Caribbean islands–making it a paradise for those looking to go off the beaten path.

The taboo island. Bay of Pigs aside, the Cuban flavor has long-heralded a island rich with excitement. As a communist nation, foreign currency becomes relative icing on the cake. There’s a strange caveat though–Cuba maintains two “parallel” currencies whose values vary depending on who you are. Foodstuff and other essentials operate under the traditional peso (1:26.5), while luxury goods operate on the higher-conversion rate “covertible” peso. US dollars used to be accepted currency, but now carry a 10% commission. The lesson? Untangle the socio-politico-economic mess that is the currency and your exchange rate changes significantly.

I can’t give away all of my secrets, can I? Turks & Caicos is being billed as a “Last Chance to See” kind of place–due to simply turn into another Bahamian resort site soon. The islands have remained relatively unspoiled for many years which have kept its costs down. This is good, because savings will not be as a result of currency conversion–they are on the U.S. Dollar. The Netherlands Antilles, with a diverse history resulting in half-dutch, half-French colonization and an economy based heavily on drug traffic and money laundering, would probably make the bottom of a 5-point list (1:1.79).

A regular contributor to Matador, Jacob Bielanksi is currently working on a project uncovering how the US government obtains data on travelers.

Tagged
Trip Planning Cuba Dominican Republic Jamaica Trinidad and Tobago
What did you think of this story?
Meh
Good
Awesome

‘I love you, but you made me drink too much rum!’ — a video homage to Cuba

12 photos that prove Kingston is an arts and cultural hotspot

Studying medicine in the Caribbean

16 places to stretch your honeymoon dollar

Everything you need to know about visiting Jamaica this summer

To see the real Jamaica, skip the resort and go to Kingston

Everything to know about consuming cannabis in Jamaica