Hermès, Chanel, and Madeleine Vionnet rushed their models to be photographed by the Seebergers and films from An American in Paris to Midnight in Paris still take their cues from the Seebergers’ shoots of glistening cobblestone streets and slender, pale women. What they’d done was created the myth of Paris, of an aristocratic, elegant, otherworldly paradise, a false ideal Americans have sought after ever since. 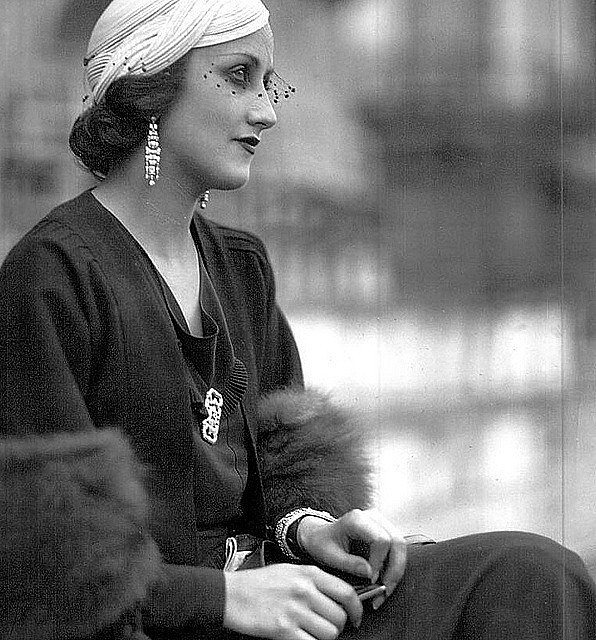 When it comes to travelers to Paris, there are really only two kinds. There are those without a plan, open to seeing whatever comes their way. Then there are those with expectations, seeking out exactly what they want to find and judging their trip a success or failure based on how closely reality matches their expectations. The American traveler is the latter.

When going to Paris, Americans expect and look for a variety of things. A brief list:

Even with the enduring tropes of rudeness and masculine weakness, Paris is a city adored by students and dilettantes, artists and honeymooners. It’s at once a global force yet many neighborhoods still feel like a provincial enclave. The women are beautiful and the men well-dressed. All are well-read and the act of simply being in Paris is a pleasure in and of itself, a feeling both of friendship with the city and of constant aesthetic euphoria.

It may be clear why so many Americans love Paris, but why do we fetishize it? What’s wrong with similar European destinations? London is beautiful with its history and intellectual and artistic prowess. So too is Berlin, the city for cool kids where social status is determined by what underground club you frequent. And that’s not to mention Florence or Barcelona, where romance is ever palpable and afternoon hours are for naps while normal sleeping hours for drinks and debauchery.

While there are various reasons why we fetishize Paris, I’d posit that the most important is that it’s an accessible Other.

And yet, Paris still stands alone in the American imagination. What we see is not necessarily what’s there but what we want to see. Is it a high-culture obsession perhaps? After all, France has always been popular with the Ivy League set — French was the third most popular major at Harvard just after the Seebergers’ shoot. But that’s not quite the case. Let’s not forget that the middle schooler in rural Montana is just as charmed by the lights shimmering off the Seine as the prep student at The Dalton School in Manhattan. I won’t try to tell you it’s mere mediatization either, that Paris’ image in films and in the blogosphere is what turns so many on to it.

No, it’s more than that, more an imagined history, more rooted in symbols and tied to slight differences from America that add up to something at once familiar and entirely foreign. Even the term “history,” though, is problematic, as history isn’t so much what has happened in the past as what one imagines has happened in the past.

While there are various reasons why we fetishize Paris, I’d posit that the most important is that it’s an accessible Other.

What I mean by that is that many places, people, and habits in America and Paris are similar but not quite the same, which means Paris is understandable but foreign, already ingrained in our collective cultural memory but opaque enough, different enough to shift over time in our minds to accommodate our current state, our current needs, our desires and hopes. It allows us to project those hopes onto it, thinking that somehow, in this place, the unattainable might be attainable.

Everything in Paris is close enough to the American equivalent where it’s still accessible, not too foreign — it can still act as a screen to our desires. But there are slight differences. There are of course the obvious differences: The Eiffel Tower is not the Empire State Building, the Seine is not the Hudson, but it’s the smaller things in quotidian life that throw the visiting American for a loop.

A pharmacie is not exactly a drugstore, a brasserie not exactly a café, a parc not exactly a park. The language is, at times, comprehensible to the Anglophone. There are words like week-end and jeans that are plucked straight from Merriam-Webster, but they are pronounced slightly different, the end of the words either disappearing entirely or reverberating off the tip of the tongue for what seems like infinity. Even the women aren’t quite the same. In a Life magazine article circa 1930, called “The French Look,” the differences between French and American women are analyzed. “Legs are one of the prime assets of the French girl,” it read. “They are shorter and slimmer than the typical American legs.” The article added, “a small bust is characteristic of the French girl, who frequently does without a brassiere.”

How exotic, how different. But not really… Short, slim, A- and B-cup women? That’s not exactly a massive cultural marker.

I’d advise these Americans to take a hint from the title of Simone Signoret’s autobiography: “Nostalgia isn’t what it used to be.”

There’s no inherent difference between American and French women, only those differences we dream up to keep Paris and its people at arm’s length from us. If they got too far, they’d become scary, terribly foreign and inaccessible. But, more disturbingly, if we let them in too close, we could no longer map our deepest desires of beauty and wealth onto them, for we’d realize they’re just like us — save a cigarette and gloomy existential outlook.

Indeed, to Americans, Paris isn’t a city so much as a set of expectations, and whenever one spends large amounts of money on chic hotels and steak dinners and orchestra seats for the ballet, one is inclined to rate the experience higher than it actually was. This is for a multitude of reasons, but it’s safe to say it’s mainly to delude oneself into justifying the cost, the time, the thorough expectation that preceded an adventure that’s by all means enjoyable but could never actually match the fantastic dreams one conjures up of the city while the mind spins in reverie late at night.

For those Americans fortunate enough to know Paris well, who know its pitfalls and the fact that, while it’s beautiful and historical, it’s still a city just like any other, there is still a fetishization of Paris rooted in its past — an obsession with nostalgia, a belief that there is a lost history of romance, a time that Paris was really Paris. Yet these people echo those who said the city was ruined by Georges Pompidou and Richard Rogers in the 1970s, who in turn were echoing those who complained in the 1930s that Baron Haussmann had ruined the city in the 1860s. I’d advise these Americans to take a hint from the title of Simone Signoret’s autobiography: “Nostalgia isn’t what it used to be.”

In any case, whether you’re a veteran expatriate of Paris, if you’ve only toyed with fantasies of skipping stones along the Canal Saint-Martin, or you’re Kanye West extolling the virtues of Paris’ apparent no-bullshit culture, it’s important to realize you’re fetishizing an unattainable dream. Downer? Perhaps. But it needn’t be. Sometimes dreams are just what we need. Reality can be a lovely place, but for some, and I count myself among them, a corrupted dream is better than no dream at all.

* This post was originally published at Le Manhattan and Thought Catalog and is reprinted here with permission.

Tagged
Entertainment Paris, France
What did you think of this story?
Meh
Good
Awesome