JUST AFTER ATTENDING THE SUNDANCE FILM FESTIVAL for the first time in 2013, I wrote about how the experience made me really contemplate my mortality. One big reason for this was the fact that the movies I saw were so diverse in tone and style, so my thoughts were becoming scattershot.

The festival’s selections typically run the thematic gamut, from biography to horror to slapstick comedy; still, never in the four years I’ve written about them have Sundance’s documentary premieres seemed so topical, valuable, and “tapped in.” Here are the seven most important docs, in no particular order, set to drop when Sundance begins on January 21. 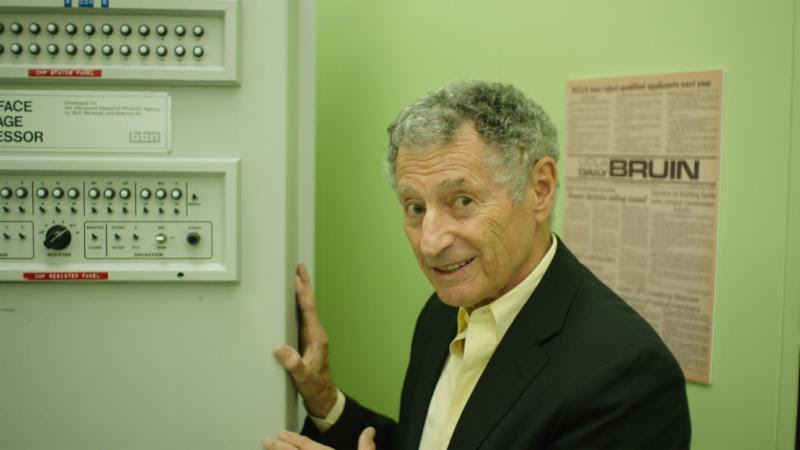 No one in international cinema makes nonfiction with the fluency and emotional depth of Werner Herzog, so it’s natural that his new documentary deals with the chilling, endless void that is the Internet. Already being called “an examination of our rapidly interconnecting online lives,” the film promises both to destroy the comfort of its media-addicted audiences and to unsettle strong beliefs about technology’s role in our lives. Is the World Wide Web indeed accessible world-wide? Are we having our brains fried by wireless radiation? For Herzog, these are time-sensitive social concerns to be dealt with in equal measures of droll humor and disturbing genre-bending imagery. 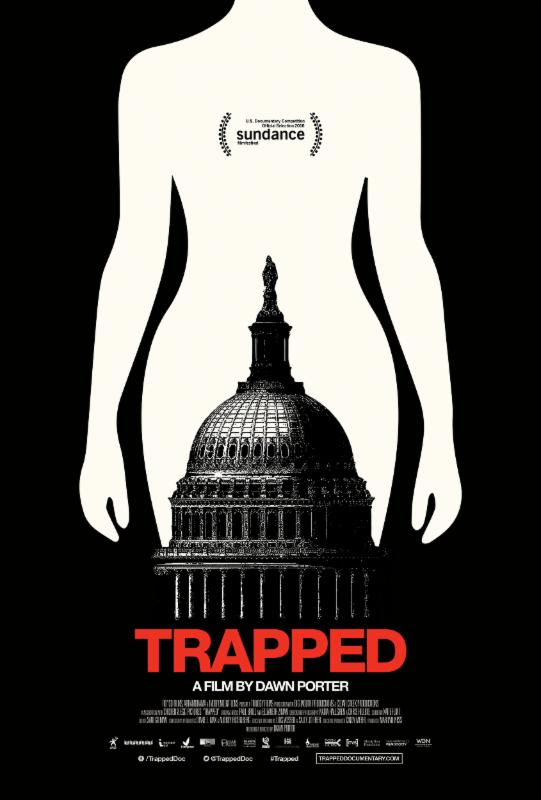 It is no secret that this country’s abortion clinics are in combat mode, trying to face down the patriarchal brutality coming at them from legislatures, civilian protestors, and the medical community with equal force. With Trapped, producer/director Dawn Porter — first at Sundance with the powerful Public Defenders doc Gideon’s Army [2013] — returns with a damning portrait of the fight for safe and legal abortion in America. Porter’s gift for empathy suggests that this will be a vigilant and beautifully researched film, featuring interviews with struggling clinic workers to some of the movement’s strongest advocates like June Ayers, Gloria Gray and Marva Sadler. One can only hope that this film’s message makes it through the throng of other projects competing for audience’s attention.

3. How to Let Go of the World (and Love All the Things Climate Can’t Change) — Director Josh Fox 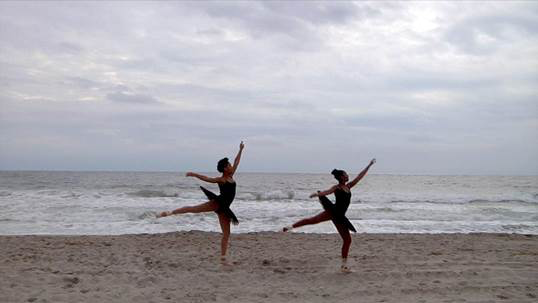 Few Sundance movies have resonated so powerfully with the public as Josh Fox’s trauma-inducing fracking documentary, GasLand [2010], earned the filmmaker an Oscar-nomination. Fox has kept busy since that film and its horrifying sequel, GasLand II, exposed us to one of the brightest new directorial voices in nonfiction. His new project, How to Let Go of the World (for short), takes him across 6 continents on a personal investigation of climate change’s impact: on cultures, on the land, and on lives. The film has already been set for a 2016 release on HBO, ensuring another impactful and paradigm-shifting landing for the filmmaker. And for those expecting another Inconvenient Truth, please beware — Fox’s audiovisual style veers further from statistical analysis and much closer to existential questioning. This film is therefore both more beautiful and more dreadful than almost any climate-change story before it. 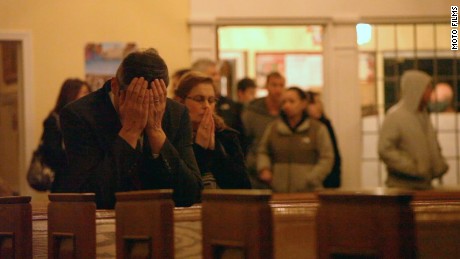 I’m betting that just the title of this film sends shivers down your spine. As the press team behind the new feature documentary notes in its press kit, “there are no words of compassion or reassurance that can bring back the 20 children and six educators who lost their lives during the shooting at Sandy Hook Elementary School.” That hasn’t stopped director Kim A Snyder and her team from acquiring exclusive access to the homes of the victims’ families, including interviews with the bereaved residents of Newtown, CT. In the age of a-mass-shooting-a-week in America, Newtown speaks to the wider society’s grief through the lens of this community, and therefore turns nonfiction into a literal time-capsule of our social and political moment. 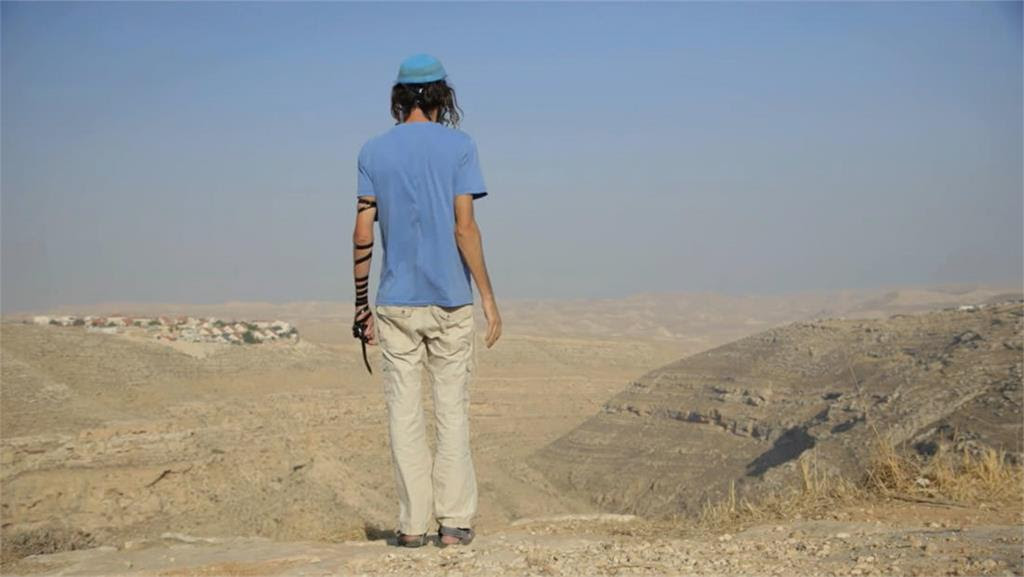 What is really going on in the occupied territories of the West Bank region? The minefield that is the Israel-Palestine conflict gets a long-overdue, (allegedly) comprehensive look in this film from the festival’s renowned World Documentary Competition. The Settlers is produced by some major talent in the nonfiction world, including Charles Ferguson, the director of Wall Street exposé Inside Job, and Estelle Fialon, producer of The Gatekeepers. And as directed by Israeli filmmaker Shimon Dotan, its approach to the West Bank’s history in the wake of the Six Day War is overarching and geopolitical. The Settlers is bound to make its strongest mark in the education and social work sectors where a “comprehensive, provocative exploration” of the conflict is so desperately needed. 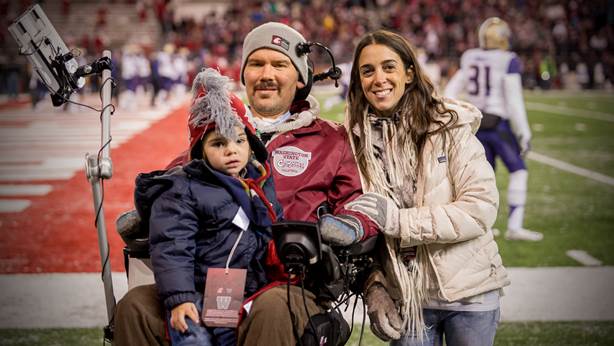 When the New Orleans Saints defensive back Steve Gleason was diagnosed with ALS — commonly known as “Lou Gehrig’s disease” — the NFL star considered it a death sentence. His experience is almost universal to those that suffer from the nerve disorder; yet Gleason evolved into one of the country’s most prominent ALS advocates. Clay Tweel, a gifted director whose Finder’s Keepers watched voyeuristically as several people fought over a dismembered leg, received live access to Gleason, his wife, and his newborn son during an international advocacy tour. While the disease afflicts only a small population, Tweel’s documentary draws out the universal from the specific, making Gleason into an unexpected opus on the subjects of illness, love, mortality, and treatment for ALS sufferers. In short, it’s my kind of populist adventure epic — and it’s true. 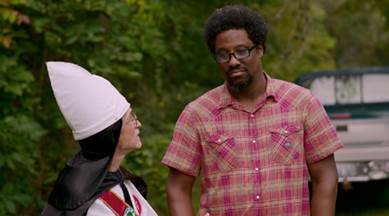 Although this documentary series is the only one of its kind to be featured in this lineup, its importance is at the tippy-top given its subject matter: race in America. W. Kamau Bell, a stand-up and television star whose comedy is some of the most vibrant and discursive in contemporary performance, hosts the show; and it will air on CNN in 2016. The insurance that a mainstream-network home provides to this 8-episode nonfiction series about everything from the KKK to Florida’s retirement communities to America’s most dangerous prisons cannot be overstated — how else would such a provocative and timely project get financed? No one deserves to be a voice for documentary like Bell, who has long interrogated the “many diverse and colorful definitions of America” to hilarious effect (I was particularly fond of his sadly-cancelled FX talkshow.) And furthermore, with expert, snappy editing work by Bryan Eber, these episodes go down like informative candy: a perfect recipe for vital discourse and news alike.