You’ve partied in Berlin. You’ve practiced your Deutsch in Munich. Maybe you’ve flown into Frankfurt and stopped in Hamburg on your way north. But the rest of Germany? It’s pretty off the radar and there are zero good reasons why. As the bigger German cities get more and more predictable, it’s the smaller ones that offer more of a sense of adventure. Here’s eight spots even some Germans don’t know about: 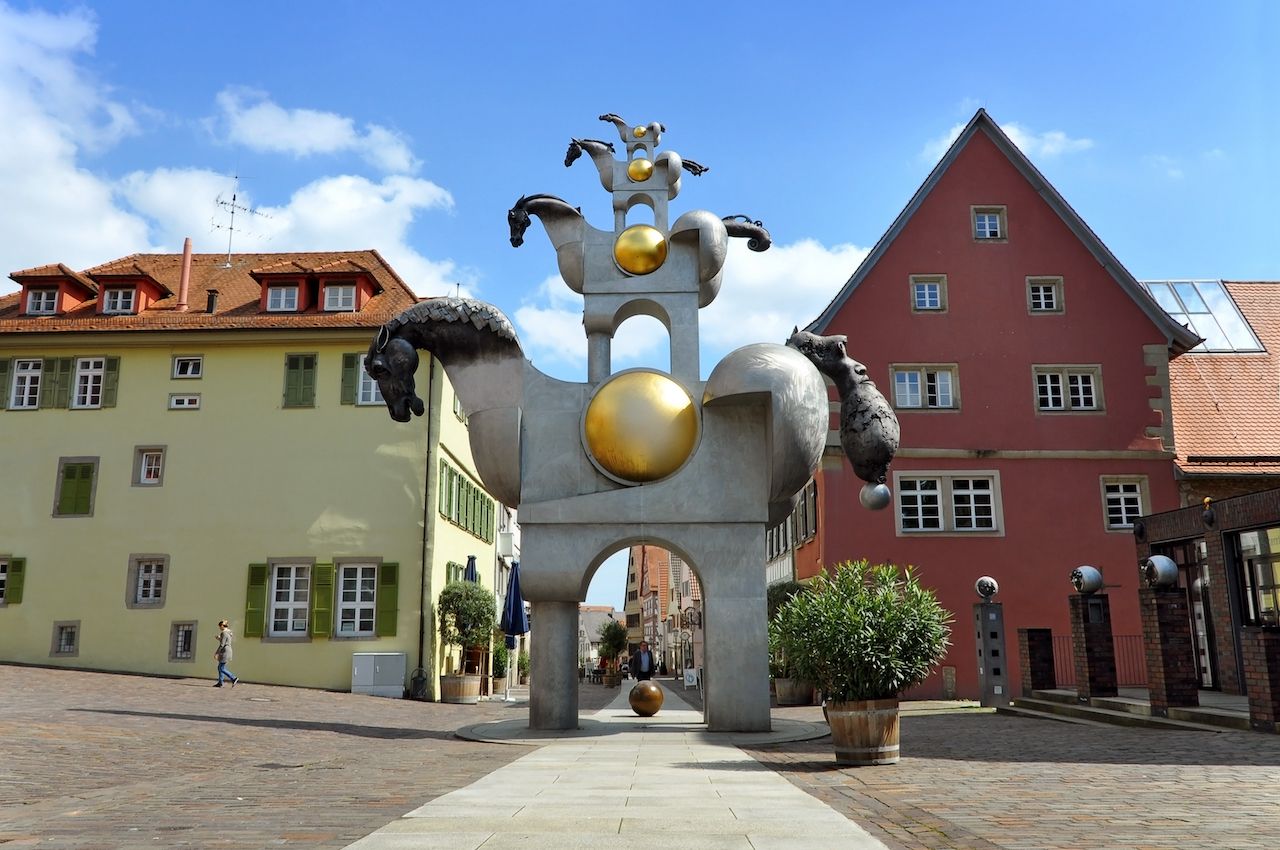 Bietigheim-Bissingen (or “Bi-Bi”) is framed by steep vineyards and rolling hills that line the rivers Enz and Metter, or, in other words, it’s ridiculously picturesque. Take a walk along “Central Park” and the Viaduct along the River Enz to get some killer views. For history buffs, though, Bi-Bi has over 1,200 years of history – you’ll feel like you stepped into the Renaissance. When you enter through the Unteres Tor (the original 14th century gate), make sure to note the modern art you see around practically every corner — an interesting juxtaposition to the town’s architecture.

Just be sure to end your day with a stop into Hotel Romantik for some red currant pie — a local delicacy that’s an “everyday thing.” That’s right: pie every day. Is this heaven? Nope, it’s Bietigheim-Bissingen. 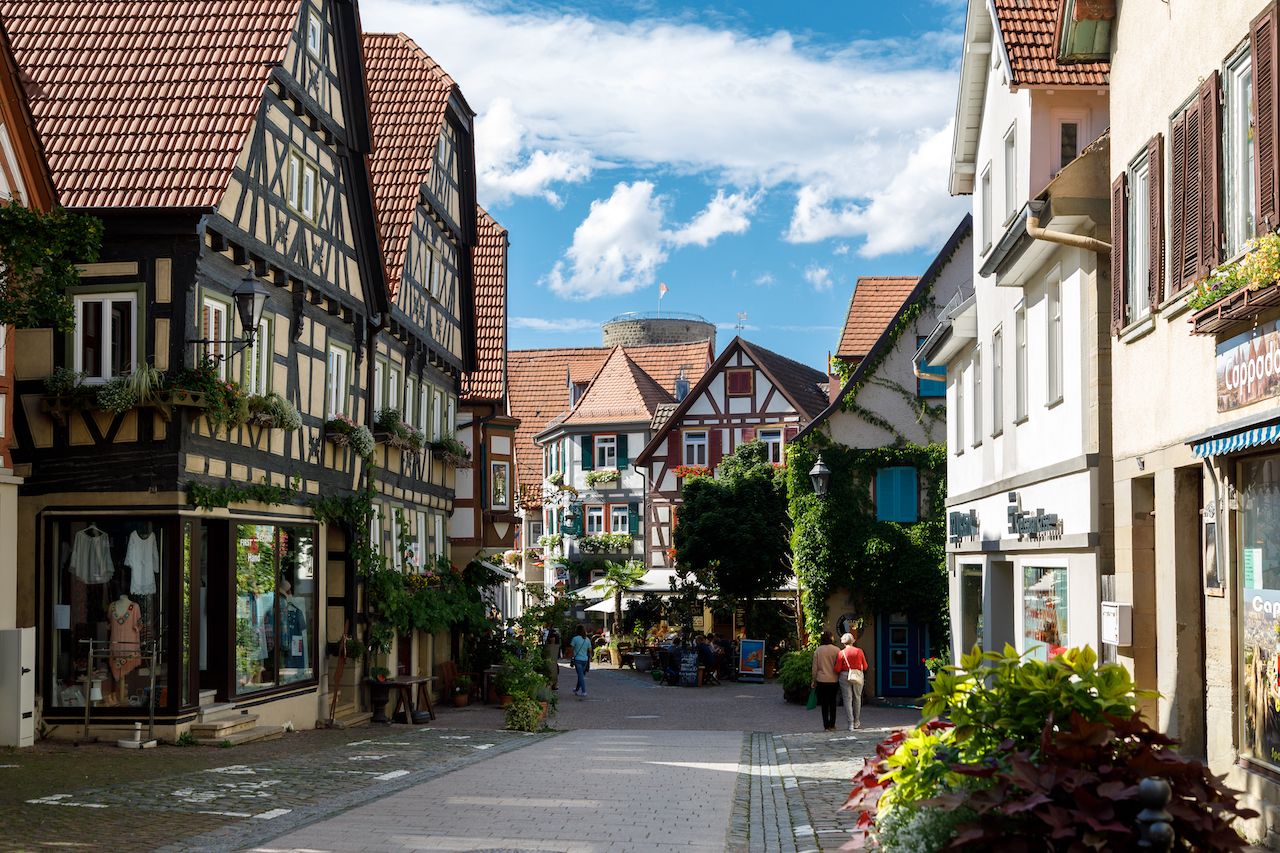 While Bi-Bi and Besigheim have a lot in common, Besigheim is smaller and feels more contained. Perhaps it’s the 13th-century towers at either end. Once you’re there, take a walk down the pedestrian Kirchstraße to get your fill of middle-age architecture, and don’t miss the dreigiebelhaus, which is one of the oldest half-timbered houses in the area. After that, peek behind the town hall (15th century), for a view of the River Enz, lined with houses built on the original town wall. Don’t leave before you experience two things: the witches hung in the locals’ doorways and the little red man climbing up a wall. The locals clearly have a sense of humor. 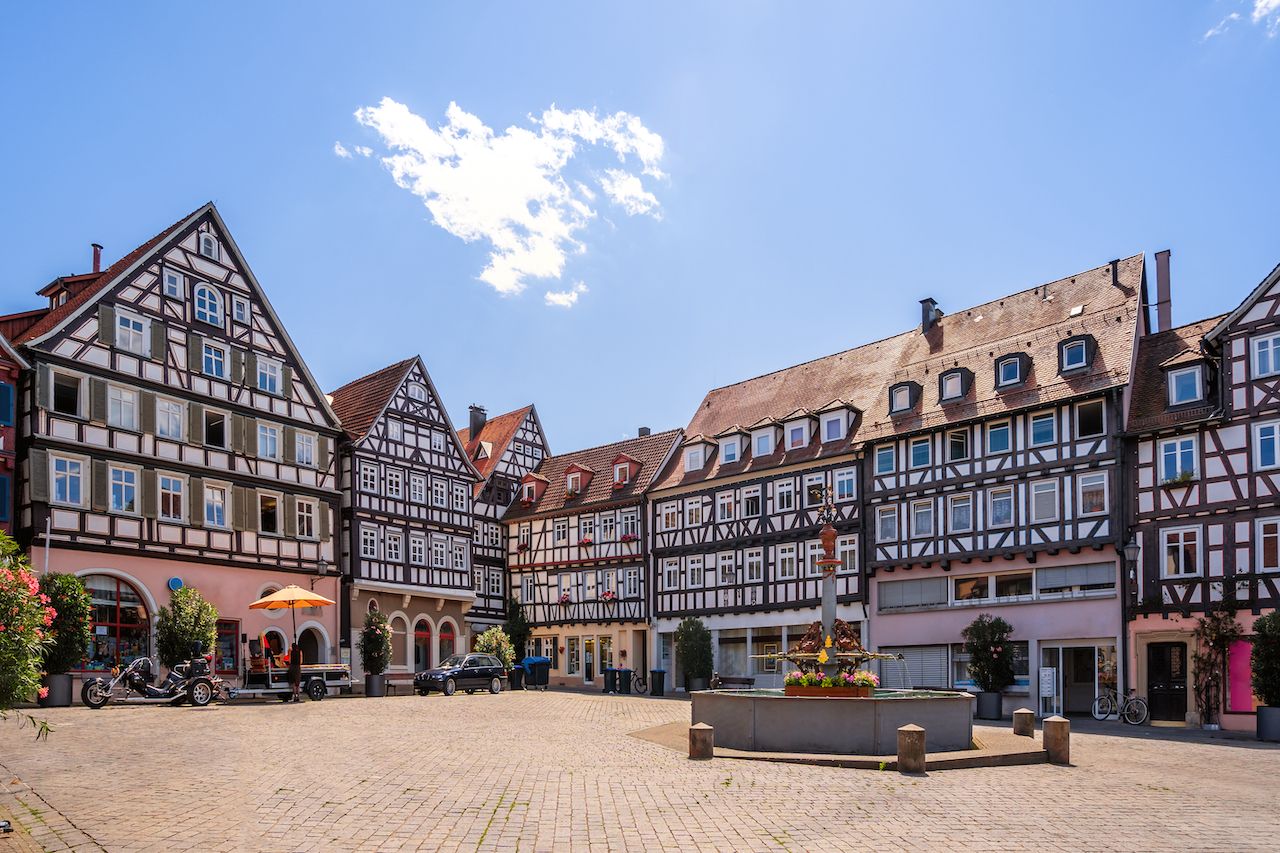 Schorndorf is a city that’s seen a lot of change. It used to be a big deal — centuries ago. Then the 30 Years’ War happened and a grand total of 440 people survived. It also has 15th century churches that have gaping holes from where statues were torn down during the reformation. However, it’s been responsible for a lot of change, too, as it’s the home to Gottlieb Daimler, the inventor of the high-speed petrol engine. Maybe you’ve heard of Daimler-Benz?

Car and science enthusiasts will particularly enjoy this town, as a solid afternoon can be well spent at Daimler’s home, the Daimler museum down the street (think beautiful antique cars at every turn), and by 2017, the largest, most expensive science center in all of Europe. Ch-ch-changes. 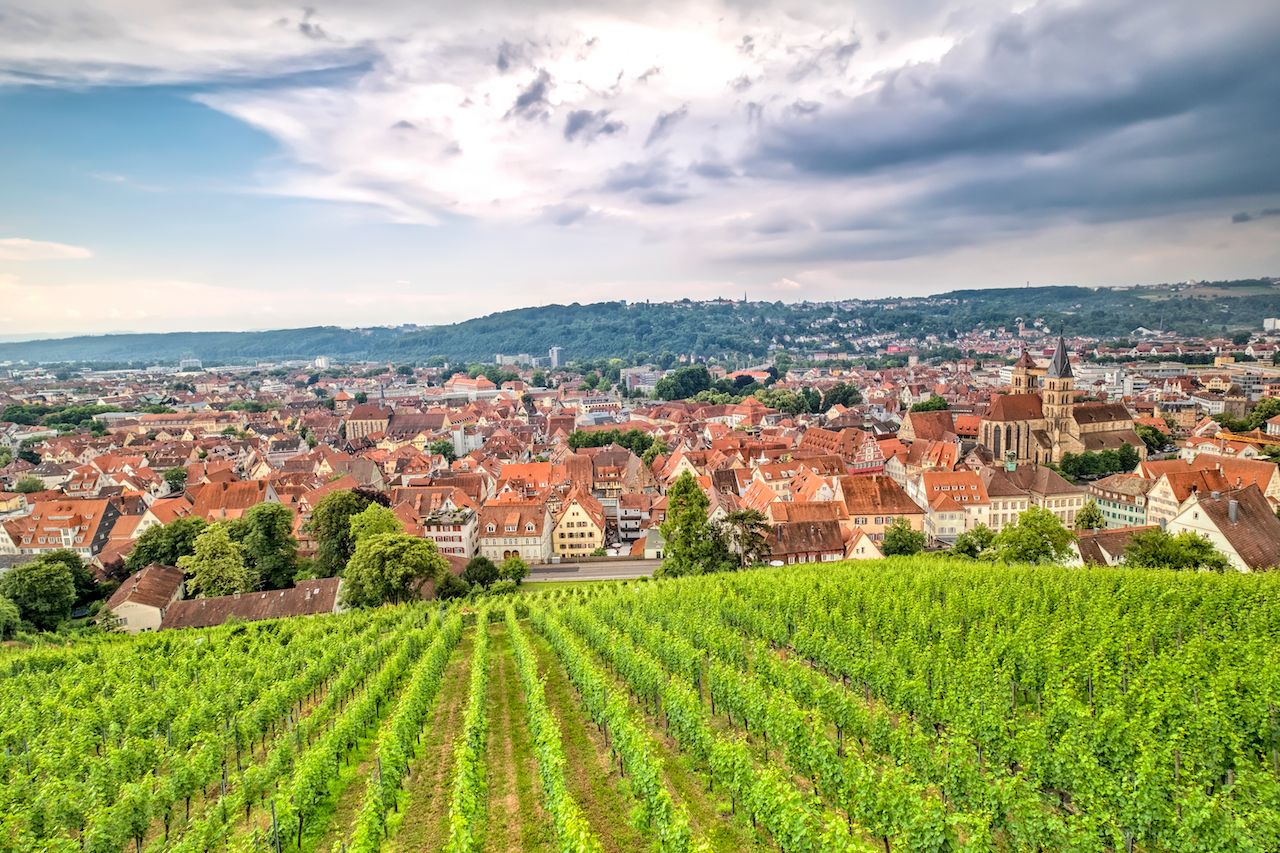 This place has a castle, vineyards, and three original towers keeping watch from above. There are three churches (as old as the 13th century) within spitting distance of each other and the oldest front of half-timbered houses lines the altstadt, where you can imagine onions and strawberries being sold and women hanging out second-story windows, yelling to their husbands down windy, cobblestone streets.

If you don’t want to evoke the image yourself, come in the weeks before Christmas for Germany’s largest Medieval and Christmas Market. It’s a sight to see with steaming cauldrons of soup, pigs roasting on spits, rows of craftsmen, carvers, and scribes, jugglers and traveling entertainers — even the town clock is put back 600 years. 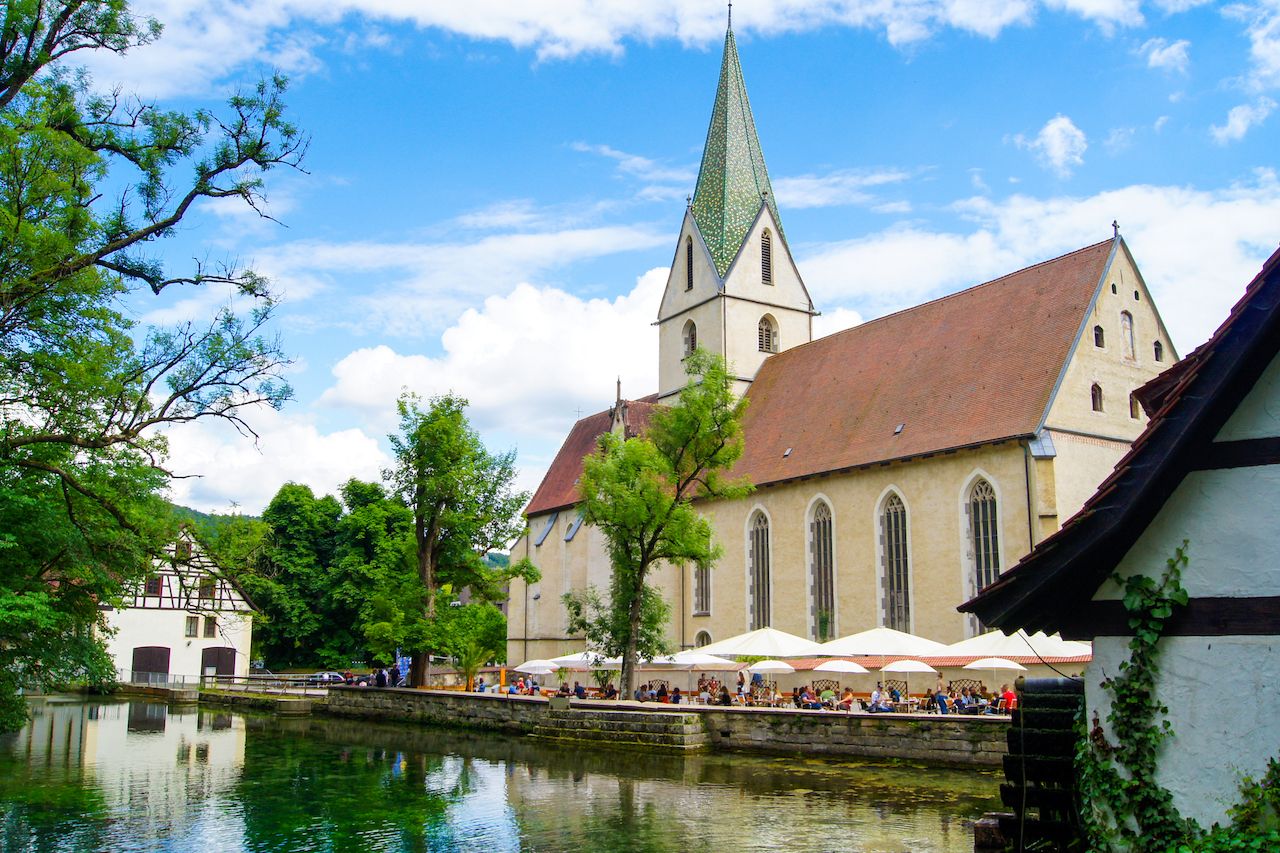 The thing that clearly puts Blaubeuren on the map is the Blautopf — a limestone spring 21 meters deep that’s a bright greenish-blue. It’s tucked a bit off to the side, lined with hanging trees and vines, and simply perching on a nearby bench will feel like a romantic getaway. If the wind is calm, you’ll see the spire of the nearby monastery reflected perfectly in the pool. That should be your next stop, as the grounds are pristine, the cloister, church, and bathhouse are perfectly preserved, and your view of the valley carved by the Danube can’t get much better. Top it off with a Schnapps tasting at Brennerei Rössle and you’ve got yourself one hell of a day.

Just make sure you look up at some point — there’s a subtle WWII memorial on the peak of the rocky hills called the Ruckenkreuz.

Traveler’s tip? Stay at the Hotel Ochsen, and have dinner from one of the best chefs in the area. Make sure to ask about the white asparagus. If it’s out of season, quell your woes with the dessert called “Hot Love.” 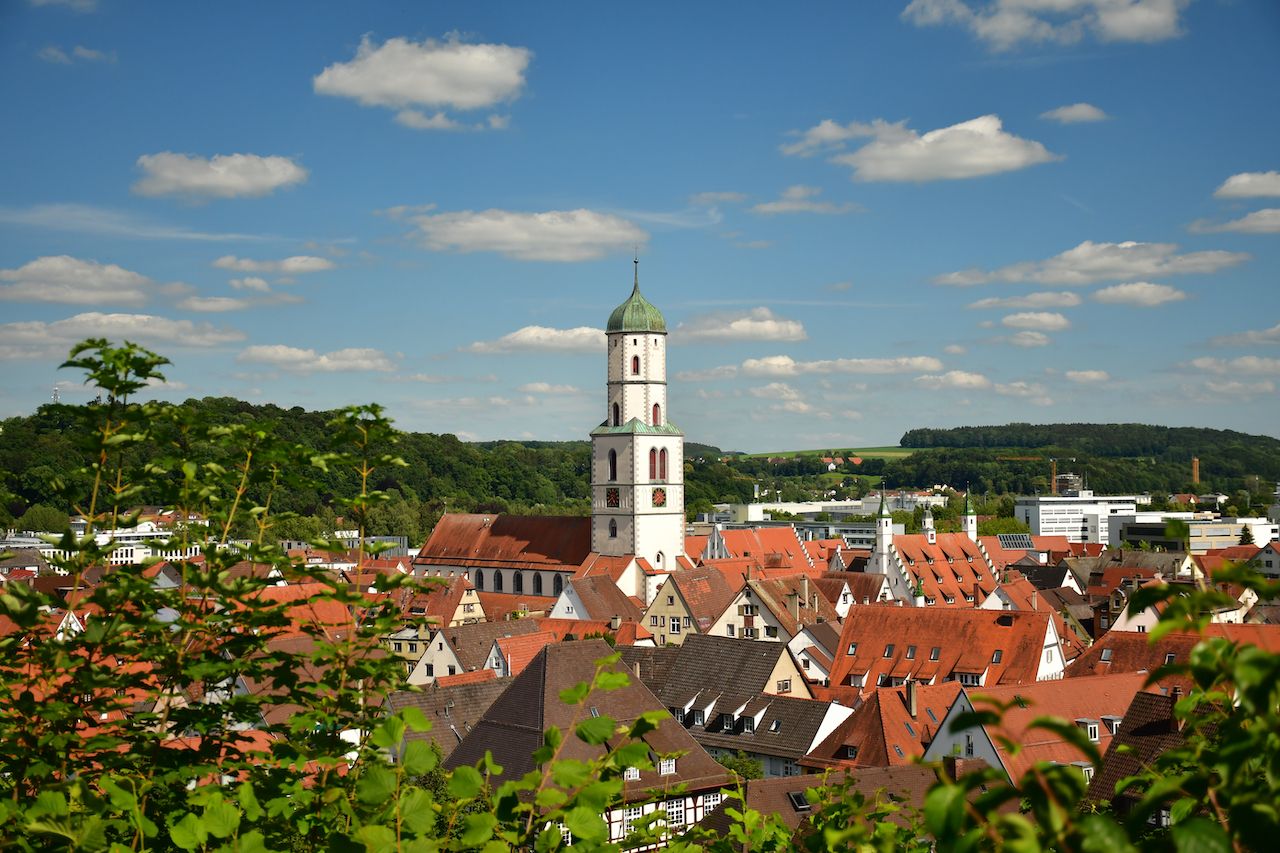 This town has a definite hedonistic flair. Take a minute to step into what may be one of the oldest, well-preserved houses in the country (1318), and then go for luxury. Join all the locals in their afternoon gelato, stop into the famous Café Kolesch for a macaron (or eight) and a cappuccino, and then scurry off to the Kolesch Tannery for a tour. It’s the last place in the world where you can find naturally-tanned leather, no chemicals, no processing. Then finish your day with a beer and an order of Seelen — Germany’s delectable answer to the baguette — at Goldener Rebstock (they’re famous for it). Just don’t ring the bell at your table — or you’re responsible for buying everyone’s next round!

And, nope, it’s not a town named after Justin Bieber. Phew. 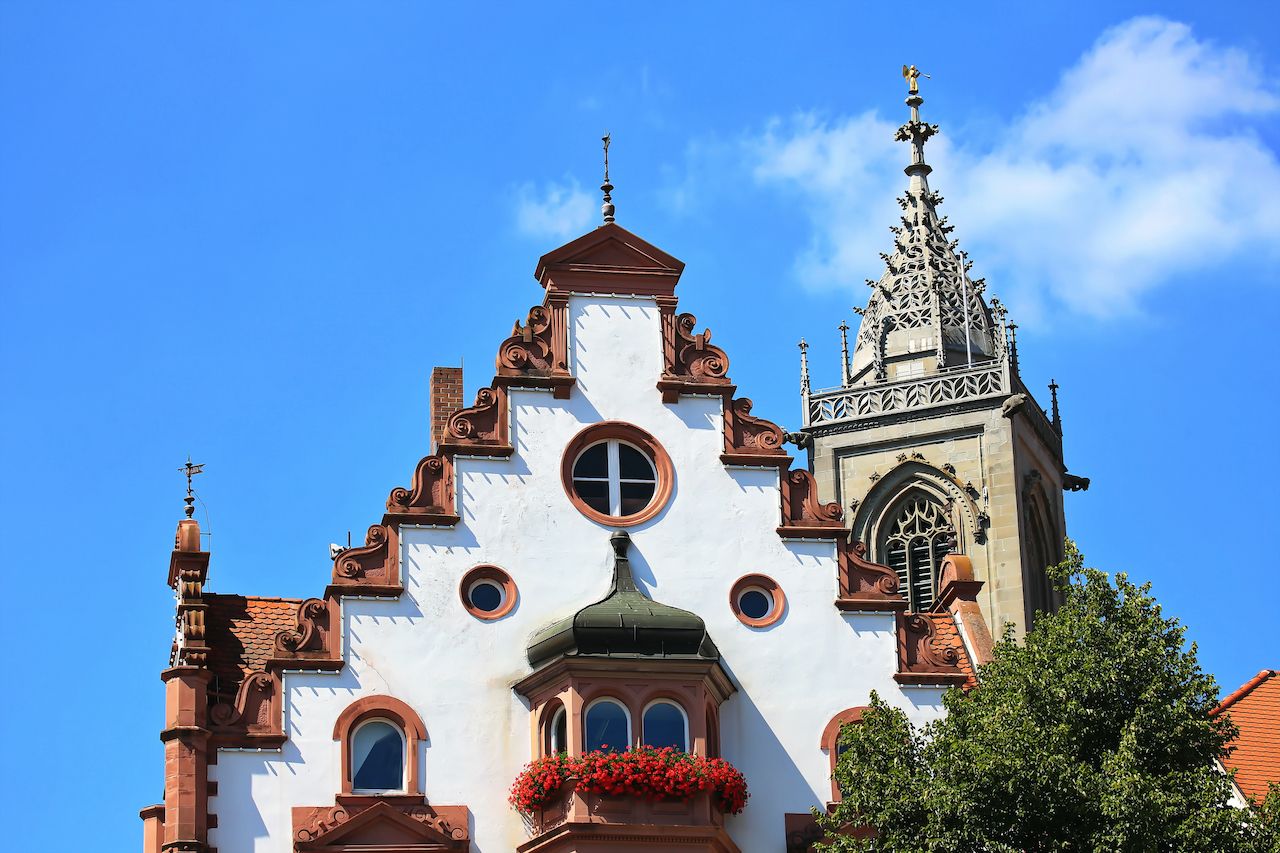 Wander through this town via hundreds of staircases that shuffle you through the cobblestone streets and in-between half-timbered houses. It’s quite hilly, making you feel like you’re on the edge of some other world. Behind the Rathaus (town hall) offers a particularly Instagramable view of the city, which is still entered by a double gate to this day.

Pfullendorf is also a city of stone. Step off the staircases and into the large, estate-esque 700-year-old Altes Haus, and you’ll see why. Once you’ve wandered through the maze of timber and rock, go for dinner at Felsenkeller — and underground “dungeon” restaurant, completely lit by candlelight and chandeliers, adorned with red satin tablecloths, and a tunnel that doubles as a bar. Order a lager as the family that invented it lived here — be sure to stop by the Kronehaus, where they once lived, for a quick thank you. 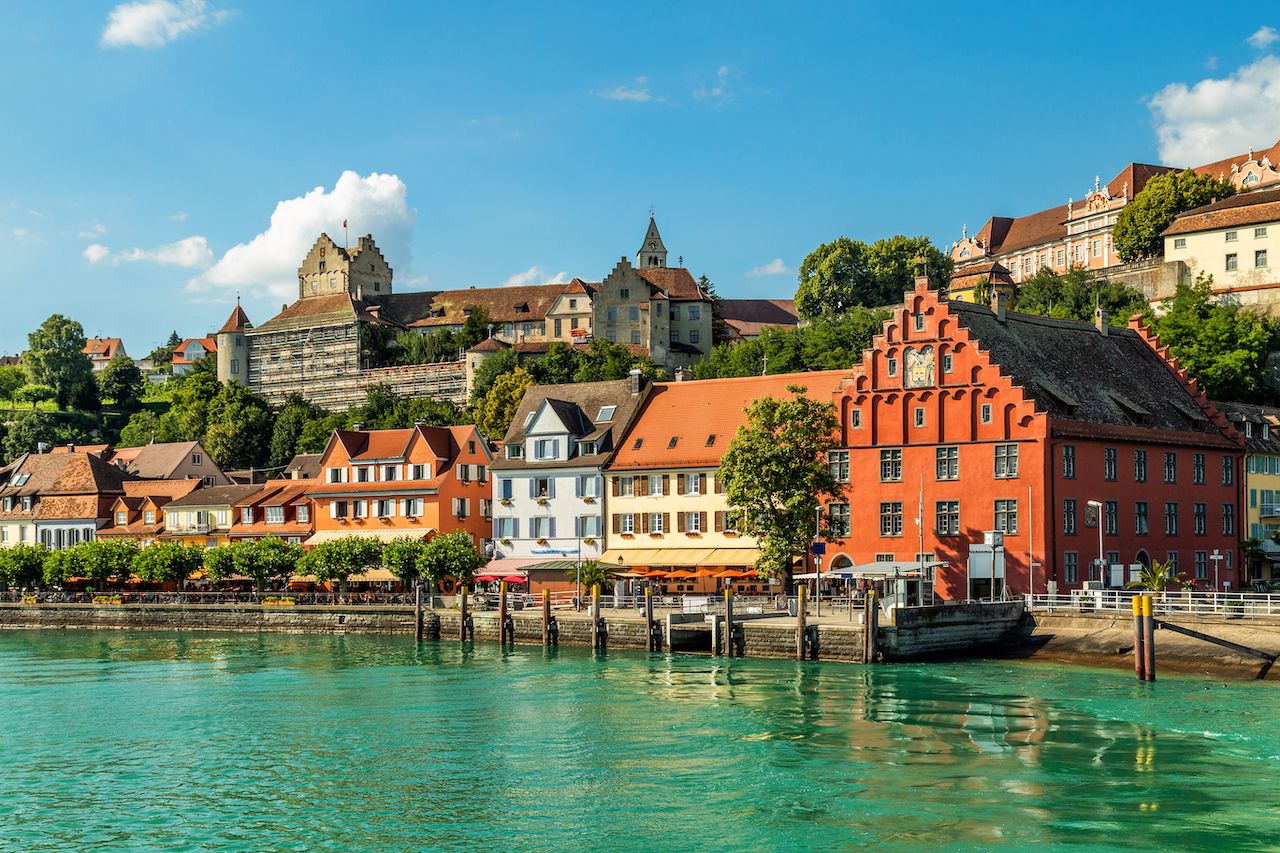 Look to your left and you’ll be gazing out onto Lake Constance, where you can spy on Austria and Switzerland with ease. The entire boardwalk is lined with idyllic cafes and wineries practically begging you for a taste testing (if you cave, try Staatsweingut Meersburg). Look to your right and you’ll be face to face with two castles: one from the 1200s and one from the 1700s. Meersburg is where postcards and paintings must’ve been invented.

To get the most out of this city, try coming in October. The locals call it “golden time.” Hop on a ferry and scoot on over to Mainau, or just take a joy ride — Meersburg’s motto should be “you’ll never want to go back home.” Because you won’t.

[Note: Jacqueline was a guest of Tourism Germany.]

Tagged
Insider Guides Germany
What did you think of this story?
Meh
Good
Awesome