The Andes Mountains stretch from the far north of Venezuela all the way down to South America’s tip in Argentina and crosses seven countries. It spans around 4,300 miles making it the longest continental mountain range in the world. And with mountains come stunning passes.

(All photos by Coen Wubbels) 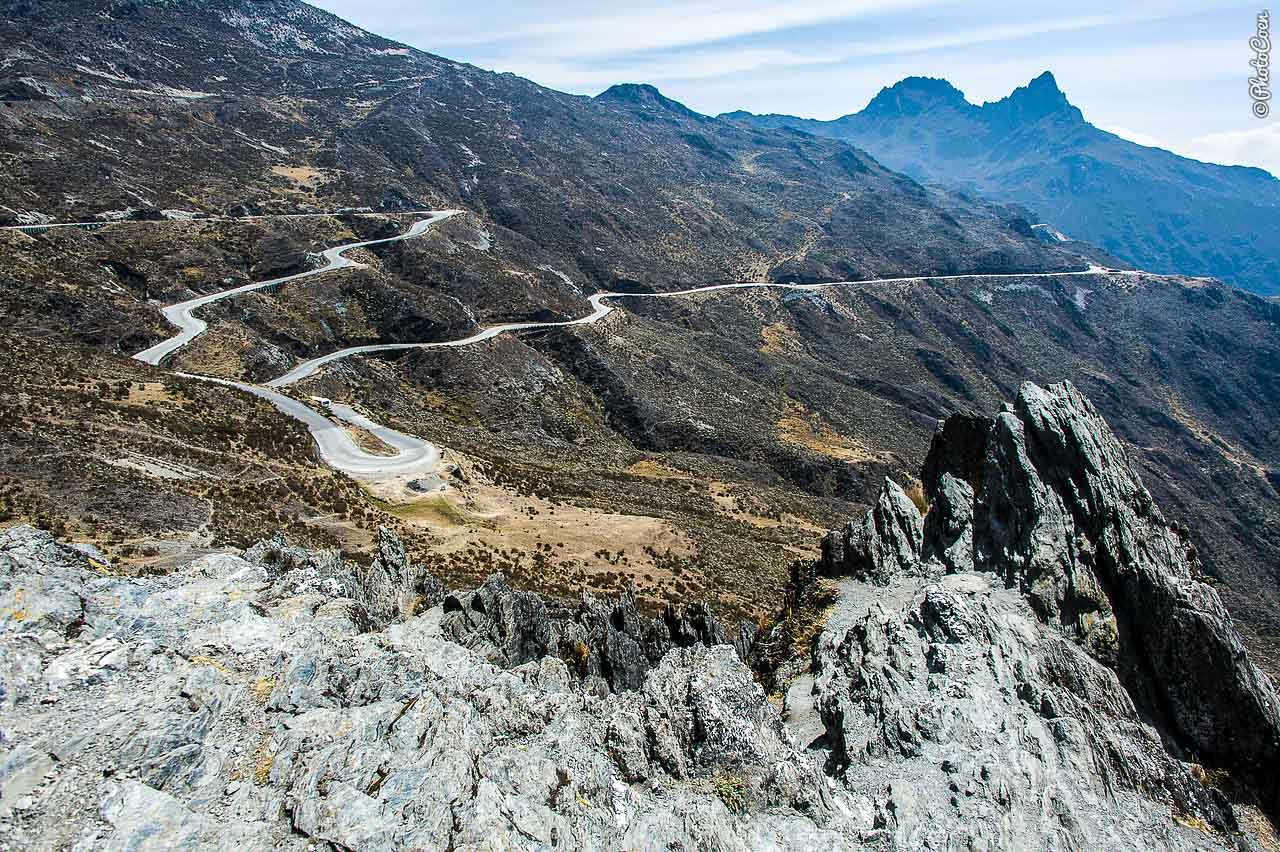 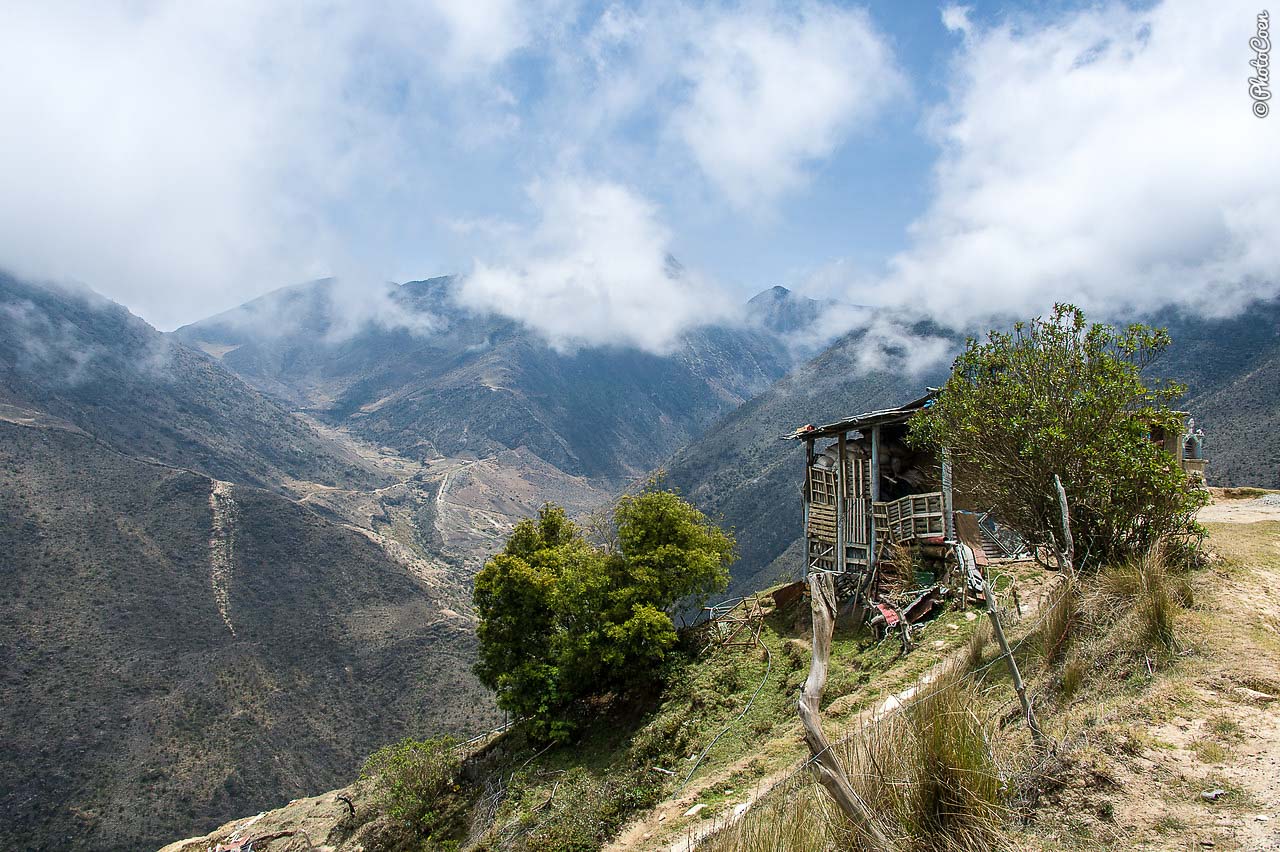 A largely asphalted road winds from Mérida to the summit of the Aguila Pass where you can stop to take in the views, buy souvenirs and coffee at roadside stalls, admire the bronze statue of a condor, or say a prayer at the small white-and-green chapel at the highest point. The landscape is characterized by páramo with the high-altitude shrub frailejón (espeletia schultzii) that is endemic to the Andean Mountains of Colombia, Ecuador and Venezuela. From the summit it’s a beautiful switchback drive down all the way to Lake Maracaibo. 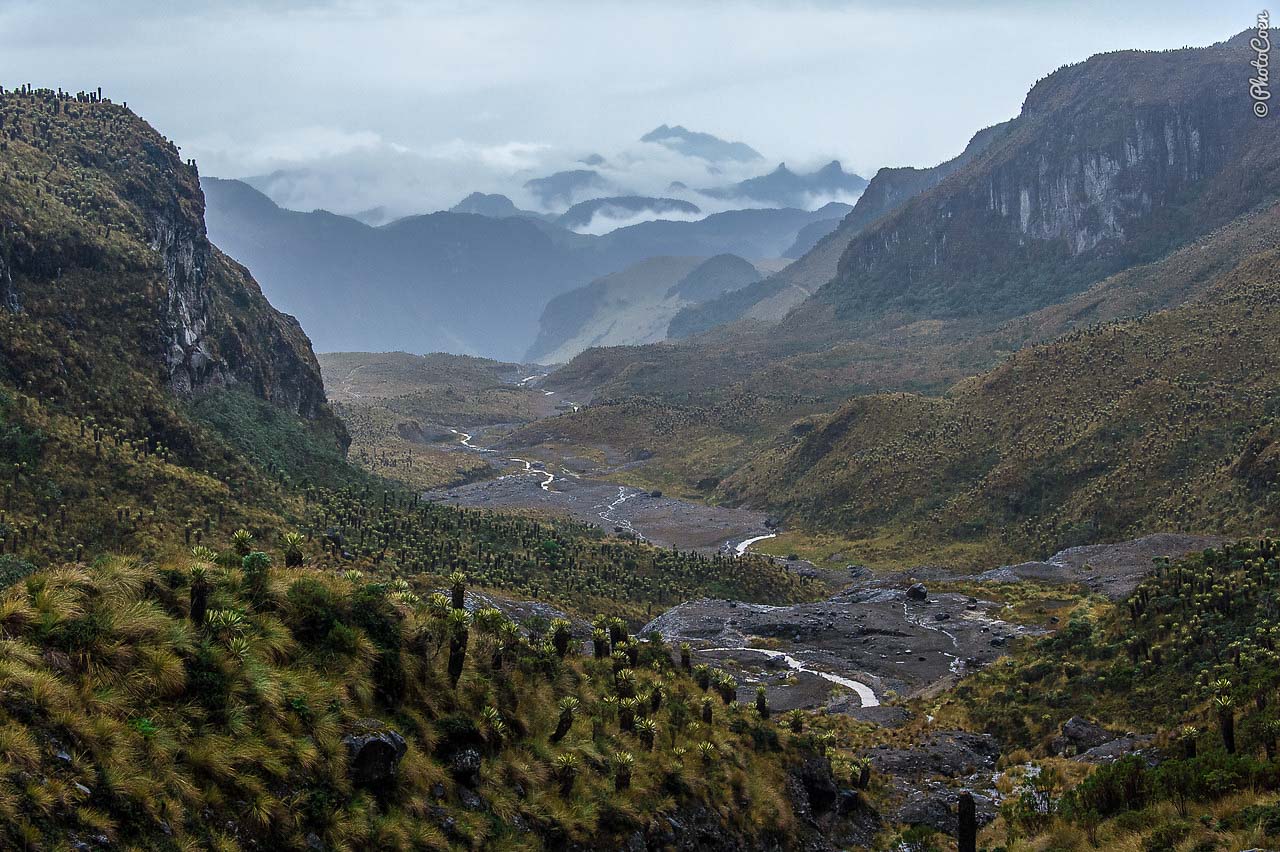 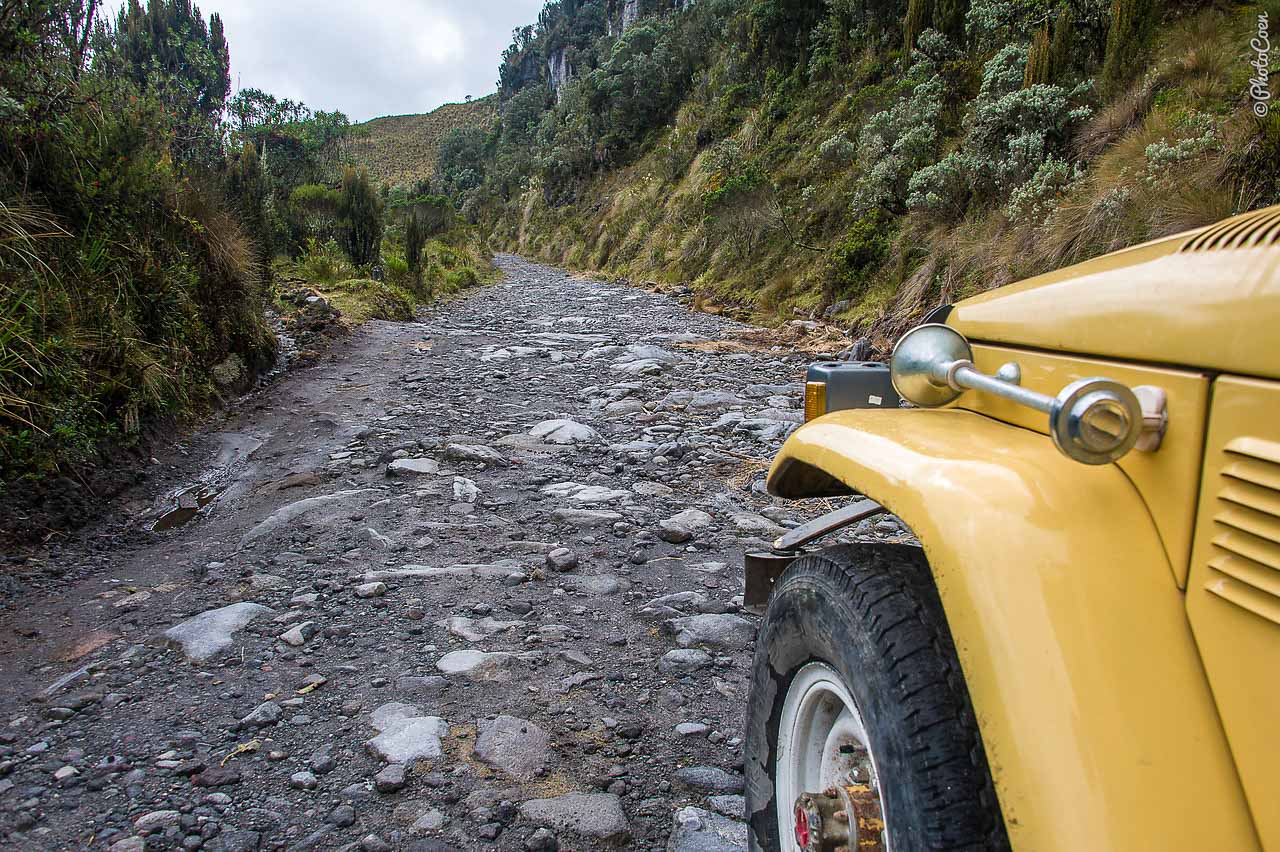 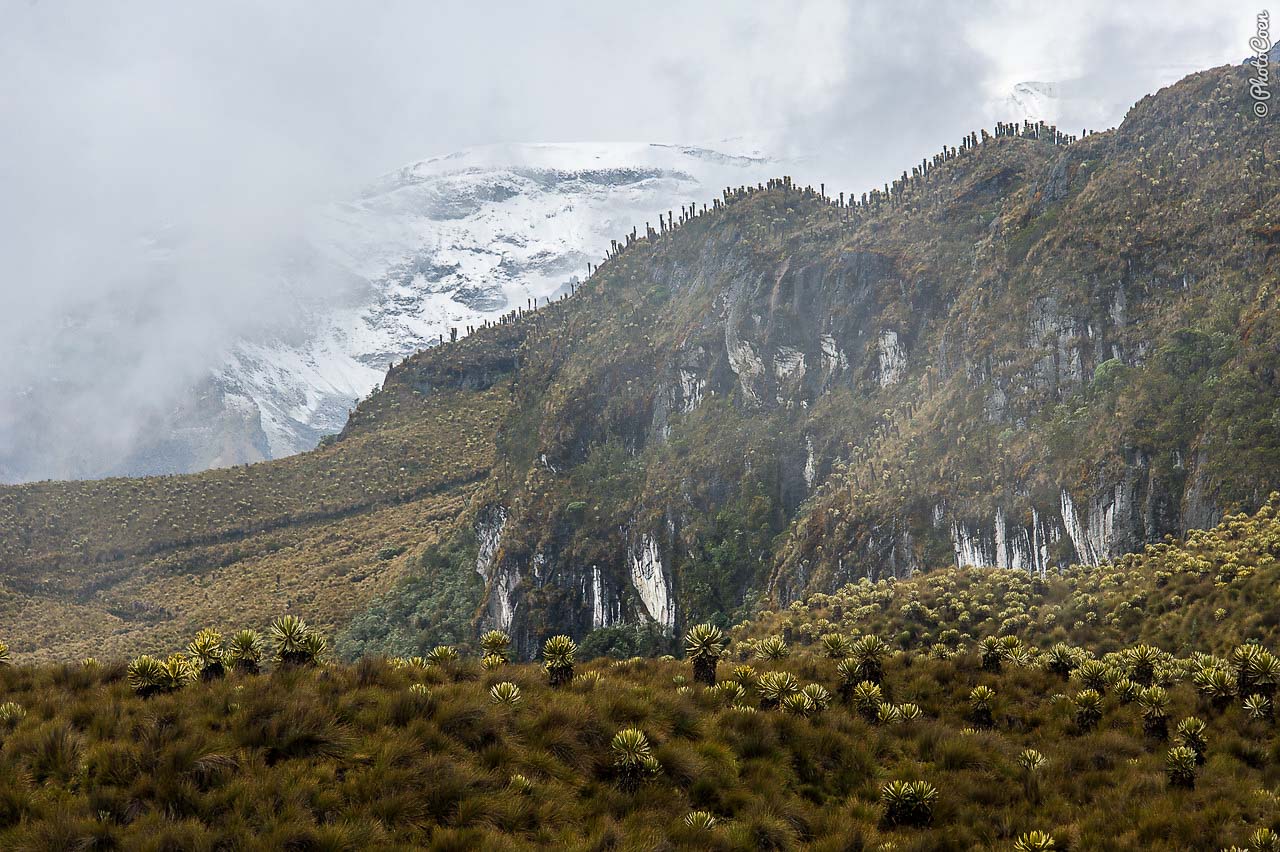 I don’t have a name for this particular mountain pass in the Cordillera Central of the Colombian Andes, but it is one of the best we drove in this country. The road meanders through a high-altitude wilderness with white peaks, sections of páramo vegetation, and the active Ruiz Volcano. Twenty kilometers south of Manizales you take a turn-off to Gallinazo after which the asphalted road hugs the northern section of Parque Nacional Natural Los Nevados. Near the summit, at about 4,000 meters, is a thermal bath called El Balcon (ask around for specific directions as there is no road sign). 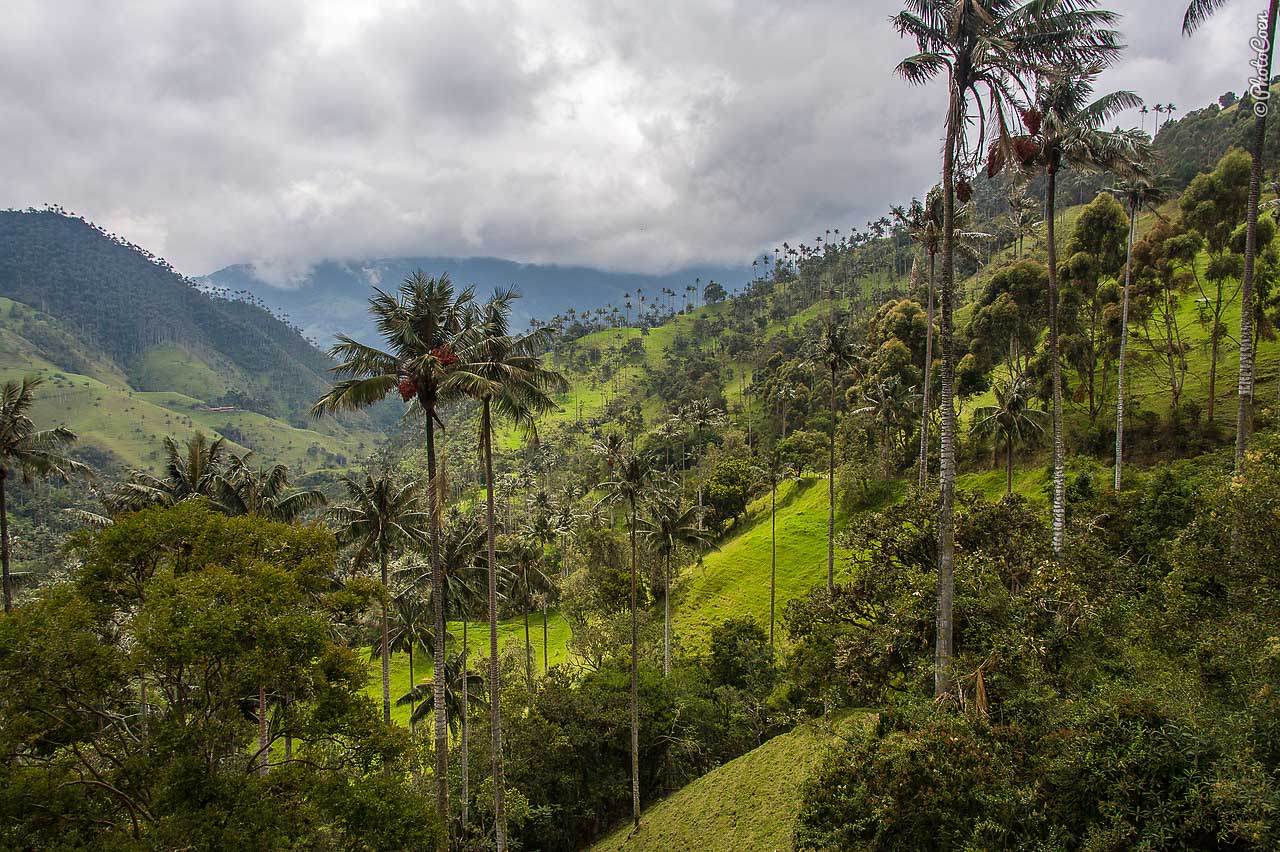 Instead of taking the regular highway that links the two towns, take the unpaved road via Cerro Volcán Machín. It starts right behind the church on the plaza of Salento, direction southeast, and twists its way through valleys with wax palms, the highest palm trees in the world. The road climbs steeply to some 2,800 meters, hugging the Cerro Volcán Machín. Thanks to the underground activity of the volcano there is a (very basic) thermal bath right along the side of the road, in a curve, after you’ve passed the summit. You pay the owners across the road a couple of pesos. For cyclists with their own tent this may a good place to stop for the night, as the road is too long and tough to cycle in one day. There is no campsite but you can pitch your tent along the side of the road. 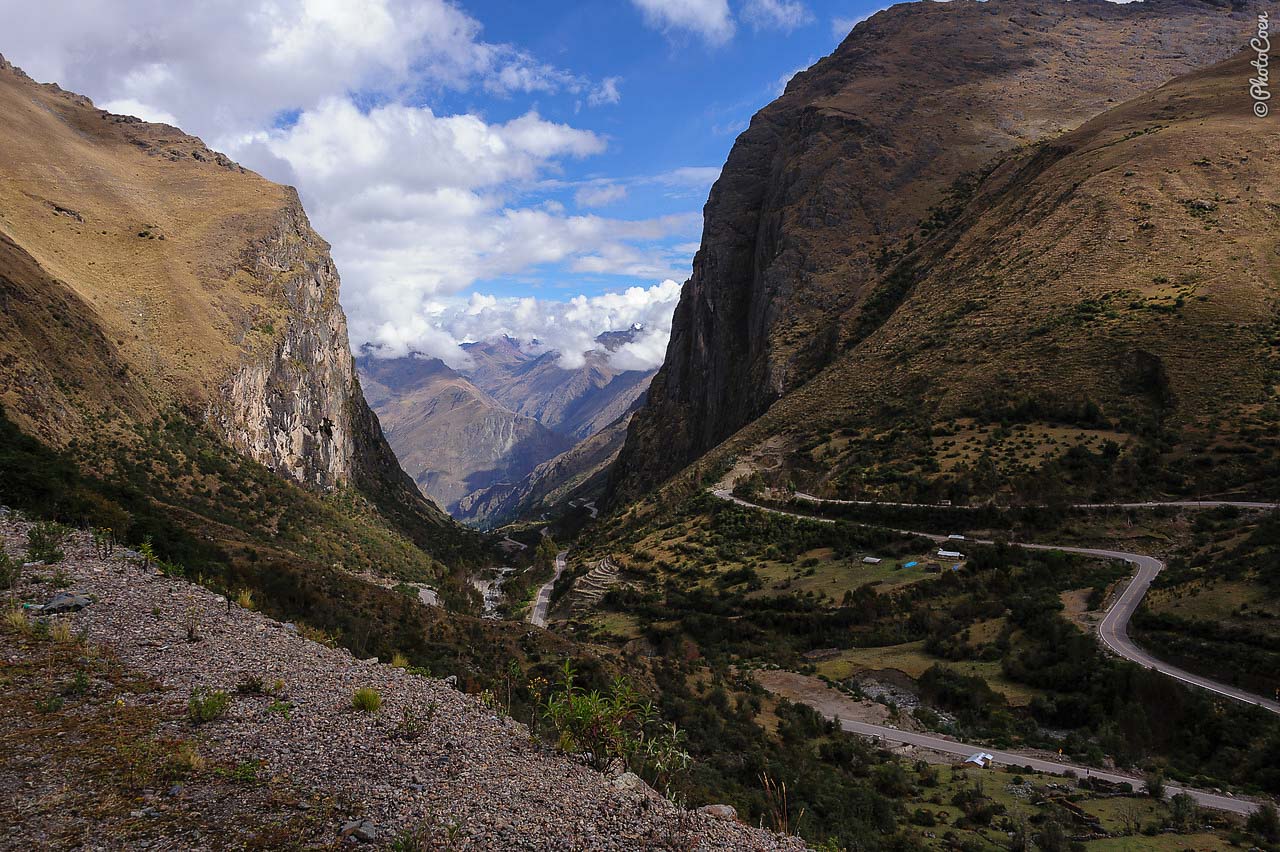 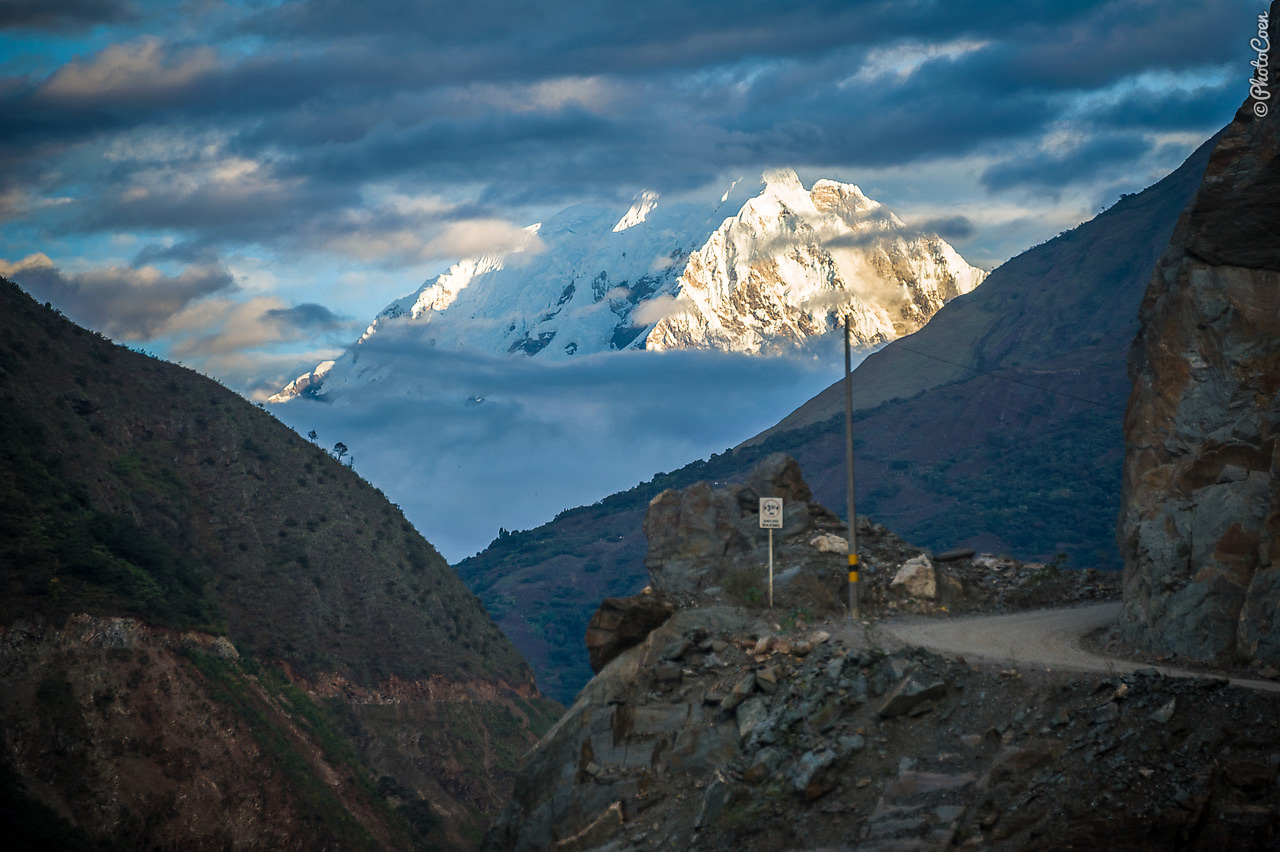 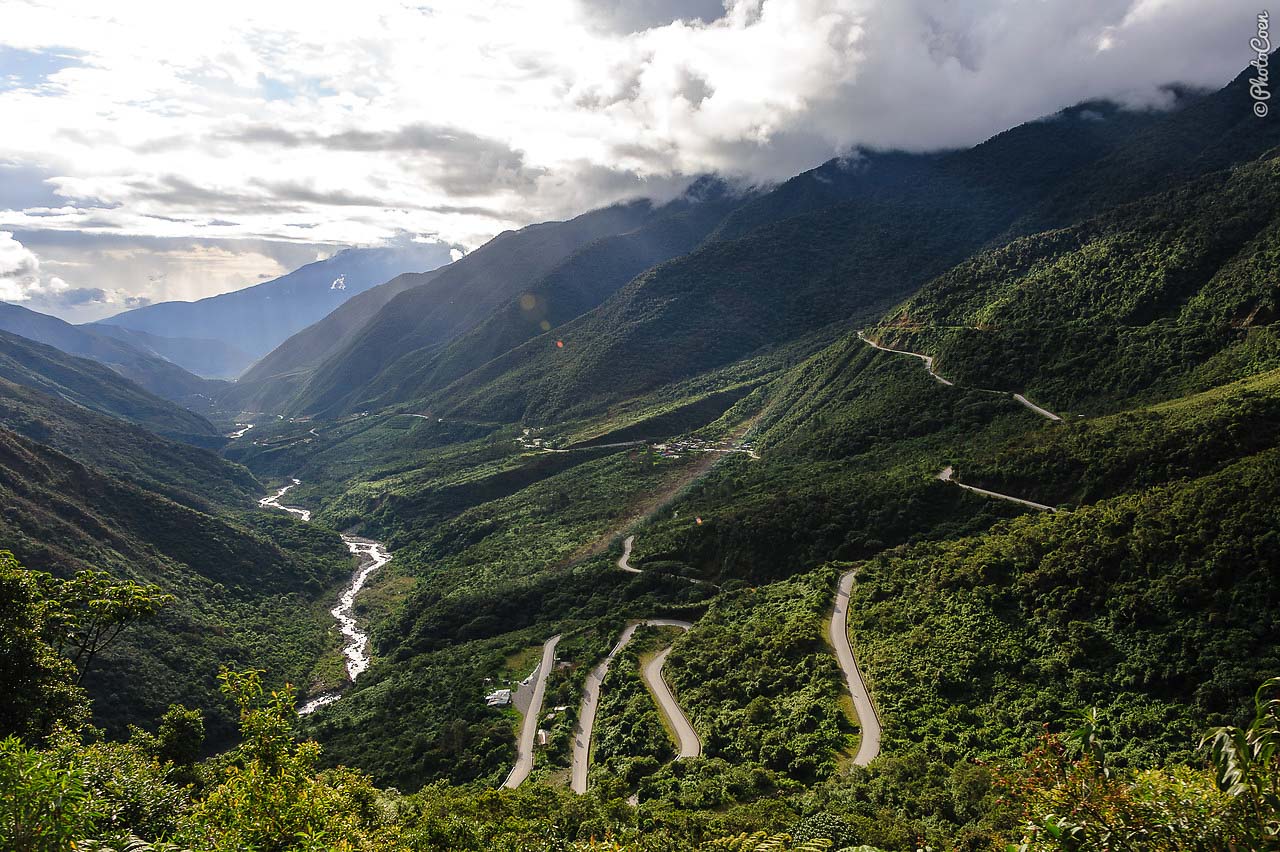 On the Continental Divide of South America in Peru lies a phenomenal pass that you will cross when traveling to Machu Picchu via the ‘back route’ (meaning not taking the train as most people do but using private or public transport to Santa Teresa and hike to the ruins from there). After the Inca town of Ollantaytambo the asphalted road climbs in numerous hairpin bends, each offering a still more spectacular view of the Sacred Valley. On the eastern side of the summit, the road descends into an area de neblina — a rugged area characterized by mist, puna grasses, and fens.

The Abra Malaga Pass is popular with bird watchers and the route going down from the pass to the Sacred Valley is high on the list of cyclists as well. 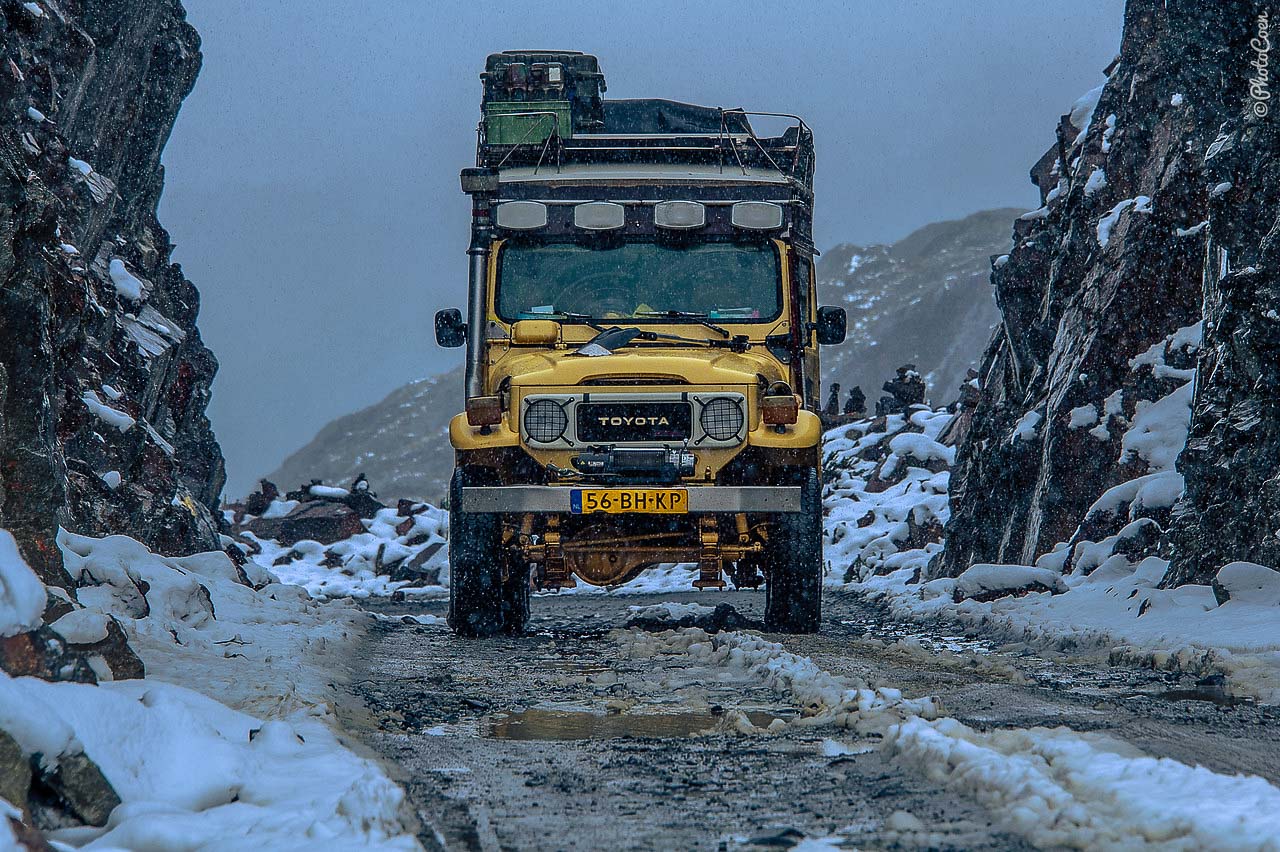 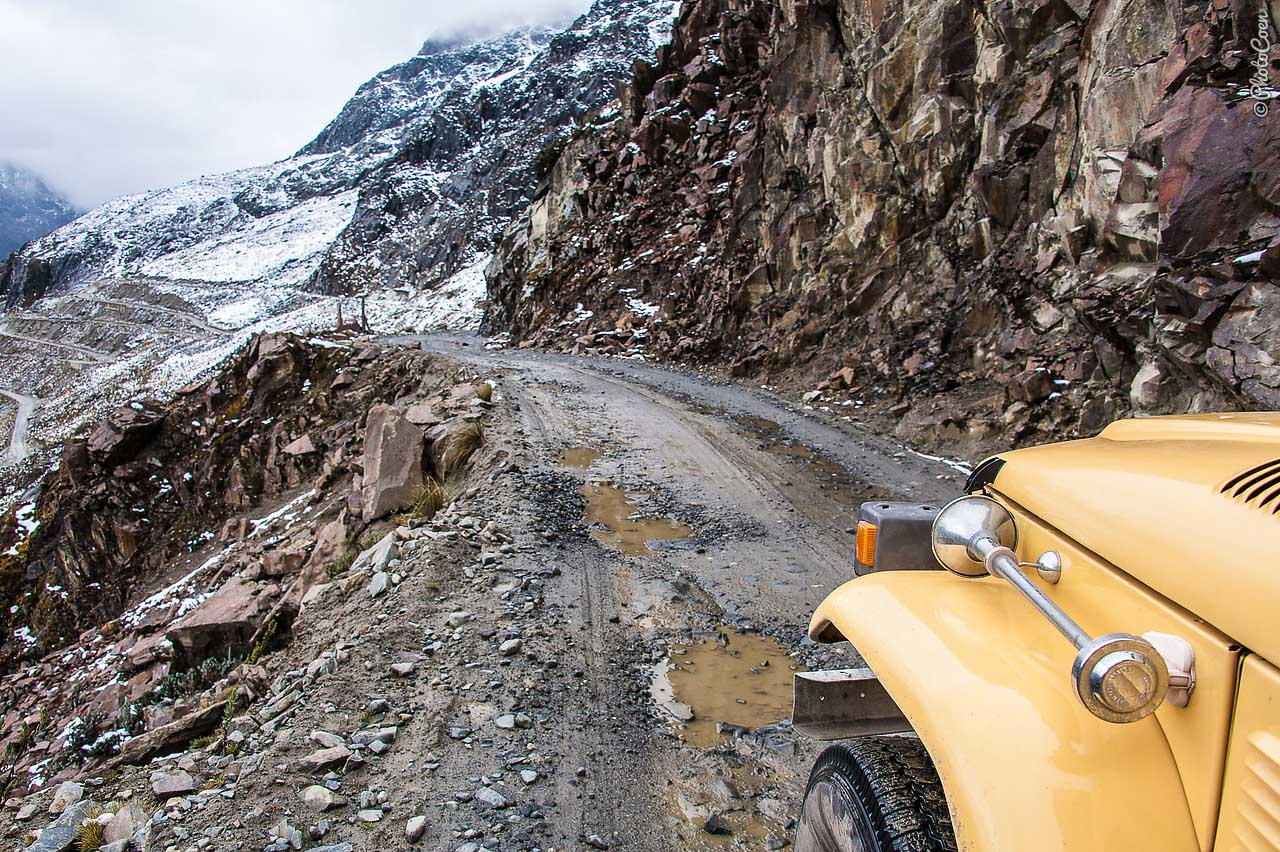 In the Cordillera Blanca, in central Peru, you may expect roads consisting of countless twists and turns (such as the so-called ‘1,000-turn section’ with 46 hairpins). The almost 74-kilometer-long Carretera de Chacas, which crosses Huascaran National Park, is arguably the most challenging. For the most part the paved road runs between Chacas and Carhuaz. Expect snowfall at the top and landslides along the way. Be sure to leave early so you have all the time to maneuver safely on the critical stretches. 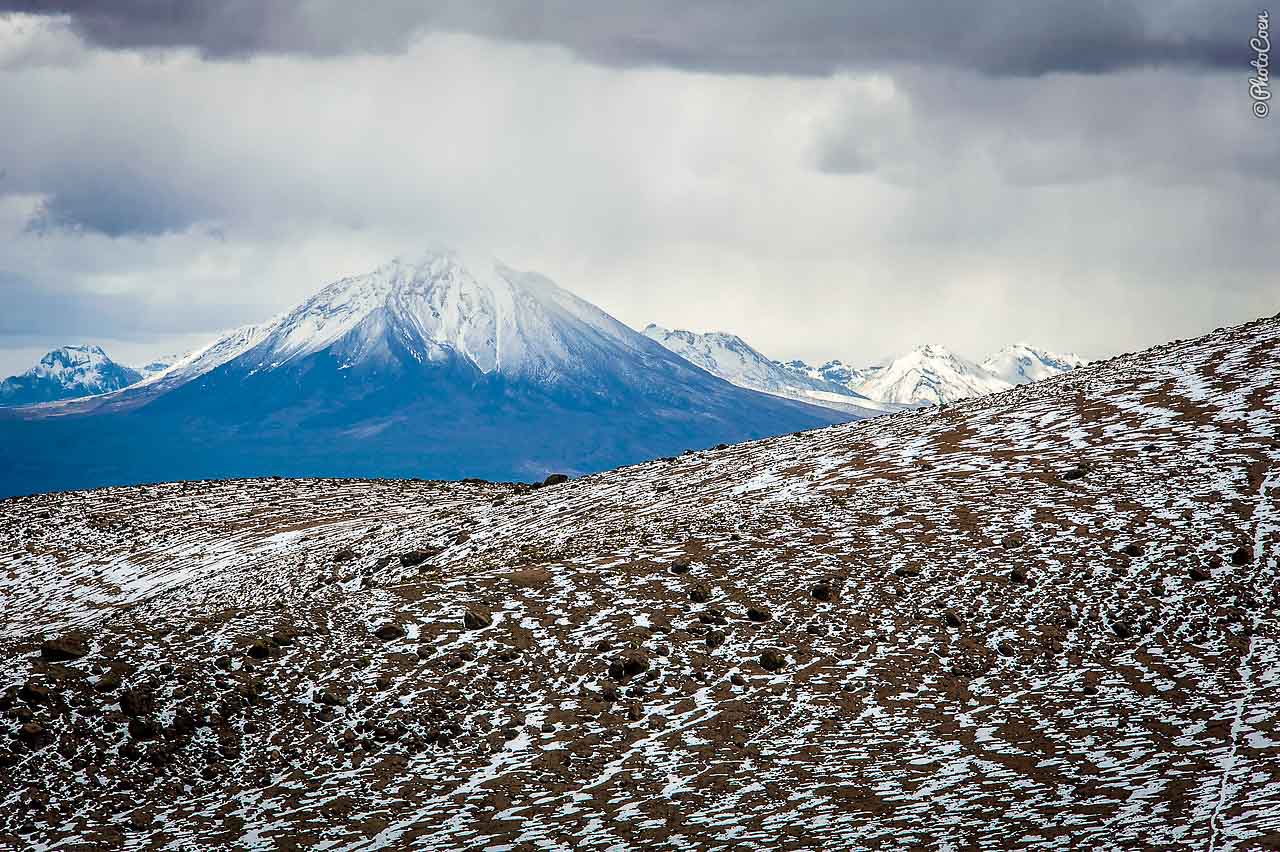 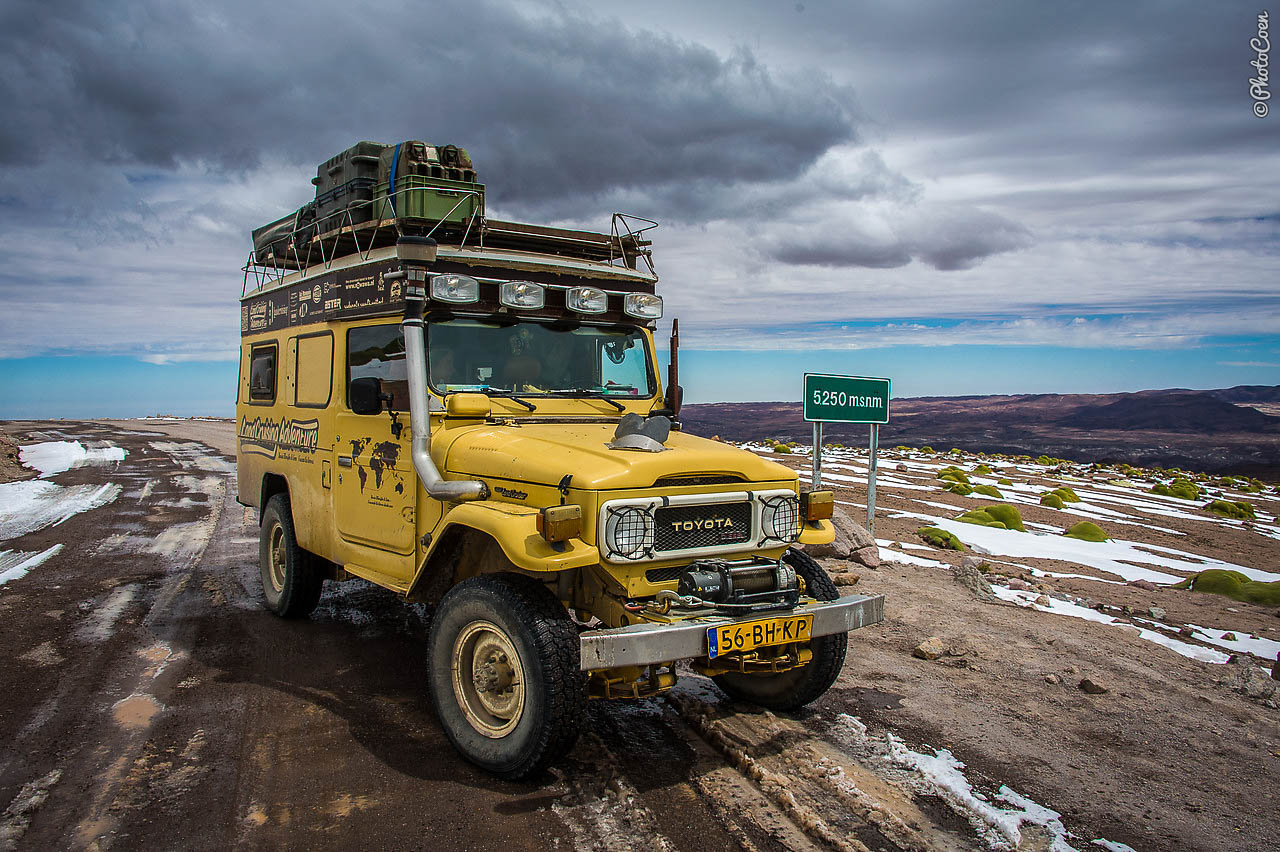 The far northern corner of Chile — east of Arica — is so sparsely inhabited that when turning north from Putre on Rute 11, you will encounter more vicuñas and alpacas than people. The animals eat the scrub or the soft grass in verdant bofedales: swampy alluvial grasslands. Between Putre and Visviri runs a spectacular, unpaved trail that varies from smooth surfaces to stretches of washboard. Its highest point hugs the Tapaca Volcano, which is at an altitude of 4,779 meters if we trust our GPS or 5,242 meters if we believe the road sign. 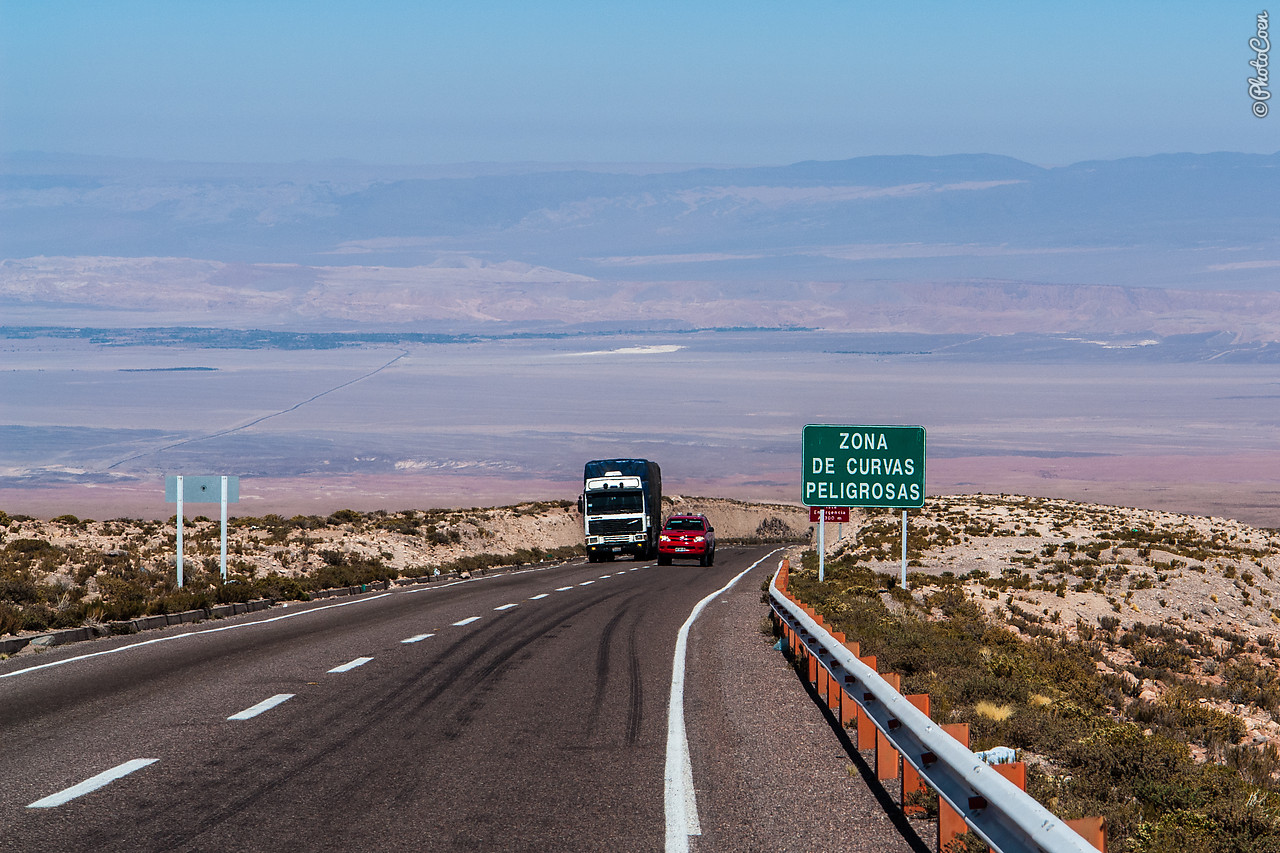 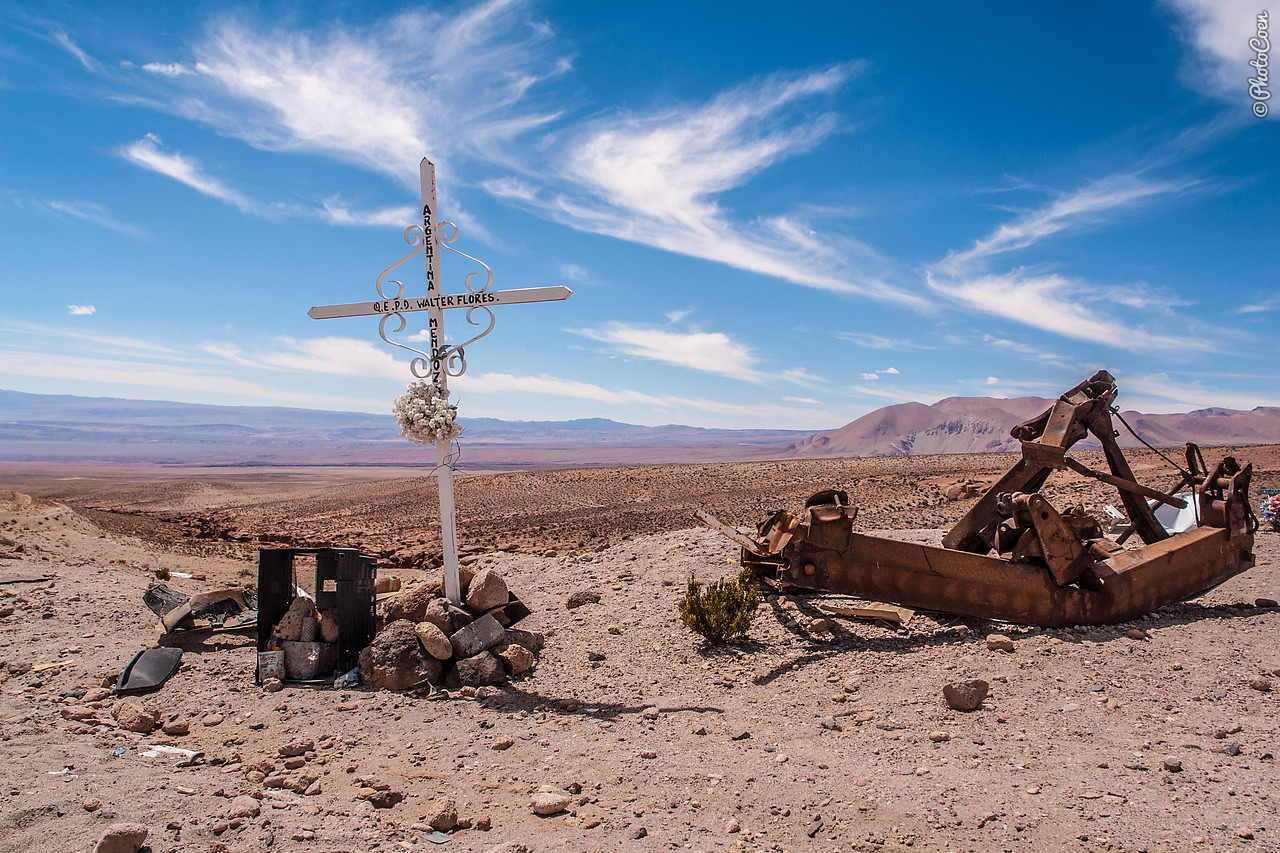 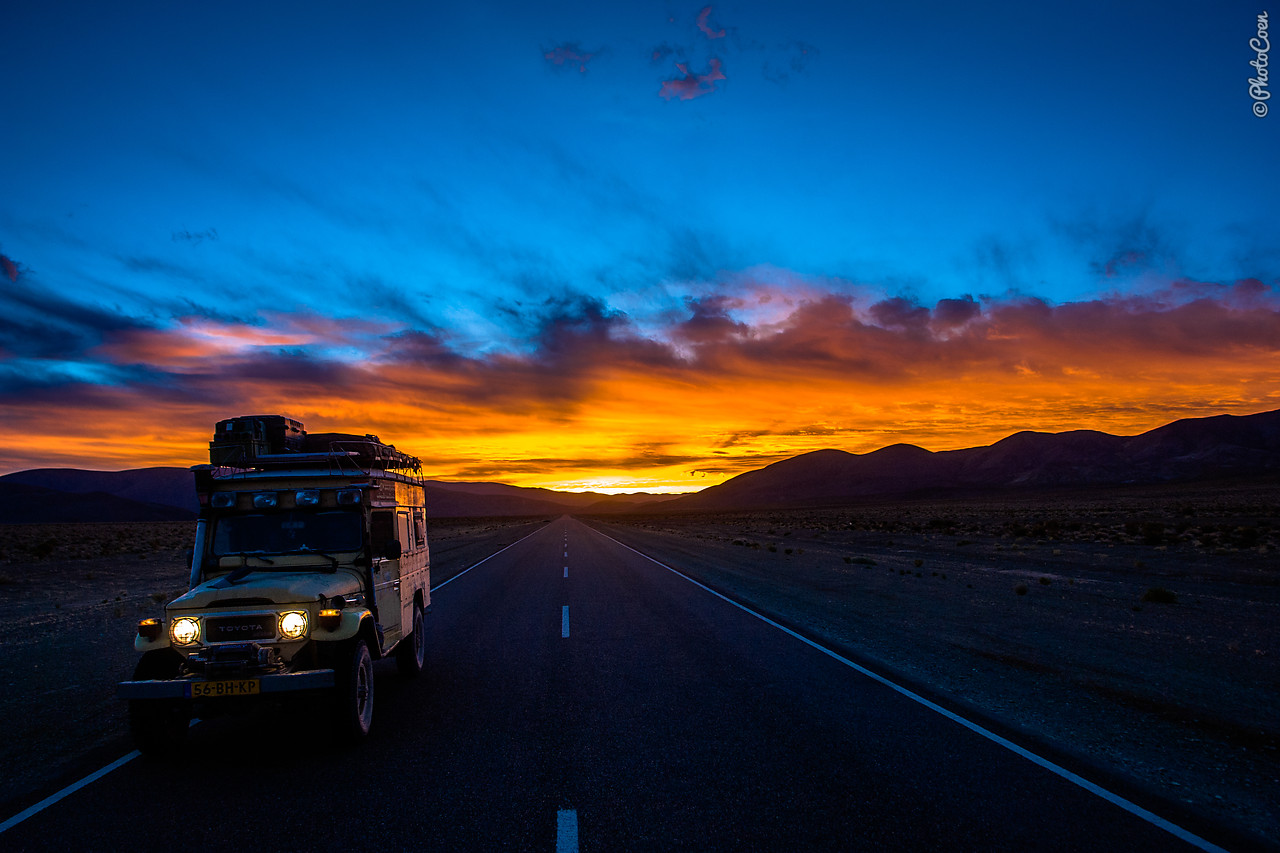 The northernmost border between Chile and Argentina lies at 4,320 meters but the summit is on the Chilean side, at 4,800 meters. Due to snowfall the pass may be closed in winter. While the Argentinean side is relatively easy to drive and you can focus on the vast views of the Andes Mountains, the tricky part is on the Chilean side. It’s not vertigo-inducing but breathtaking nevertheless. Forty kilometers of this stretch are one continuous, straight descent without curves or changes in inclinations. Along the road are emergency lanes filled with gravel into which motorists, whose brakes have given out, can steer their vehicle to come to a stop. Unfortunately, the number of overturned vehicles along the side of the road is testimony that not everybody succeeds in doing this. 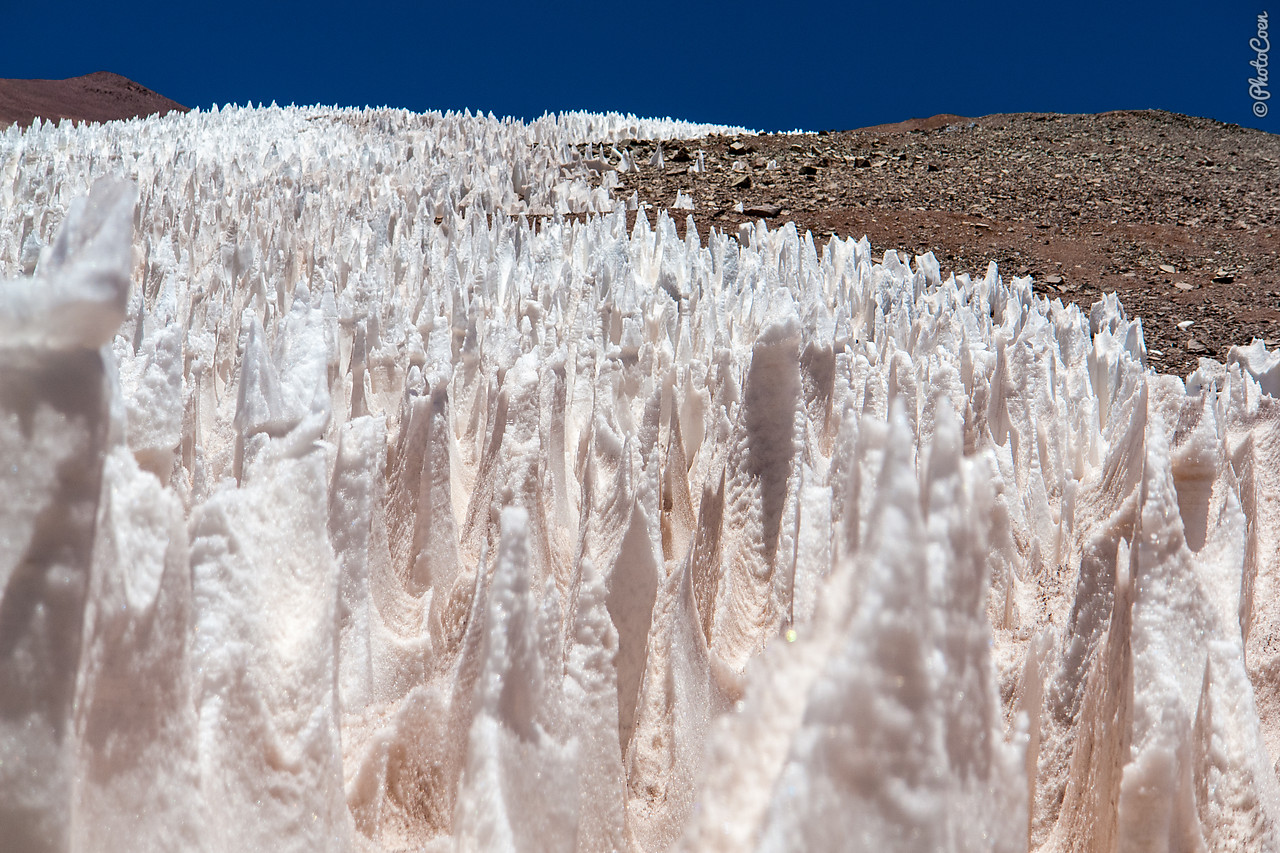 The highest border crossing between Chile and Argentina offers one of the most intriguing landscapes. While many passes have snow, I have not seen penitents, as the frozen snow formations are locally called, on any other pass. Because of the altitude the pass may be closed during winter because of snow. In the summer you have a fair chance of seeing the snowy landscape. Because you climb so steeply and quickly your best chances of not getting sick are to eat little and lightly and drink a lot of water. 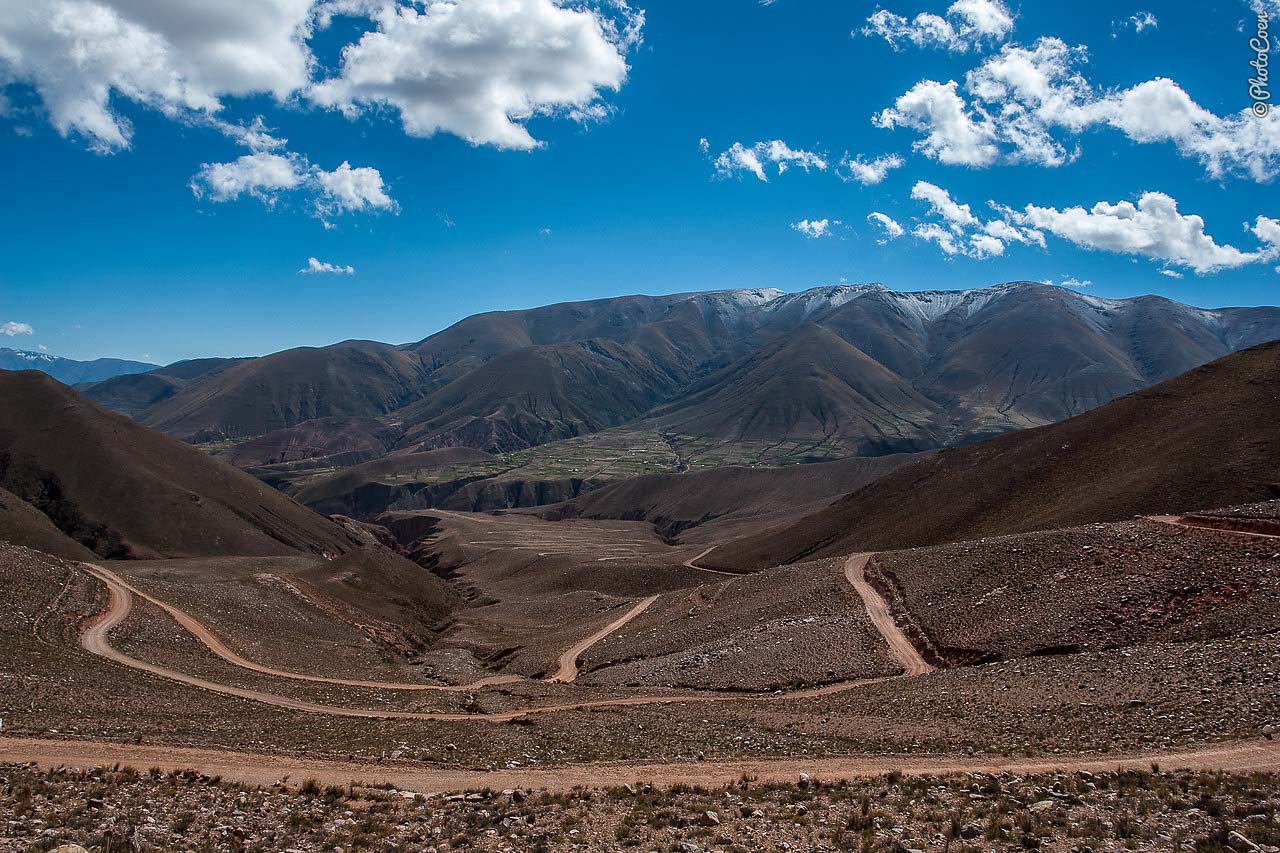 Just north of the UNESCO Site of Quebrada de Humahuaca you will find a good reason to leave the main road and take the turn-off to the picturesque village of Iruya. The local people are more reminiscent of Bolivians than of Argentineans with their long, black braids tied together at the end, their short, layered skirts and sombreros, sometimes pimped with a fresh flower. The some 50-km-long road is partly paved / unpaved. Few people use it and the area is home to vicuñas. Just before reaching Iruya you will reach a beautiful gorge, rough and barren yet colorful in tinges of red and brown.