WOMEN’S, buttocks and vaginas have inspired painters for centuries and many of their works are now hanging in the most respected museums in the world.

So how is it possible that in 2015, women — whether they are artists, activists or ordinary internet users — are being attacked, censored and even threatened with jail for showing the female body as it really is?

That’s a question Japanese artist Megumi Igarashi is asking right now as she fights charges of obscenity for building a vagina-shaped kayak and distributing 3D printer data that would allow others to make the boat. 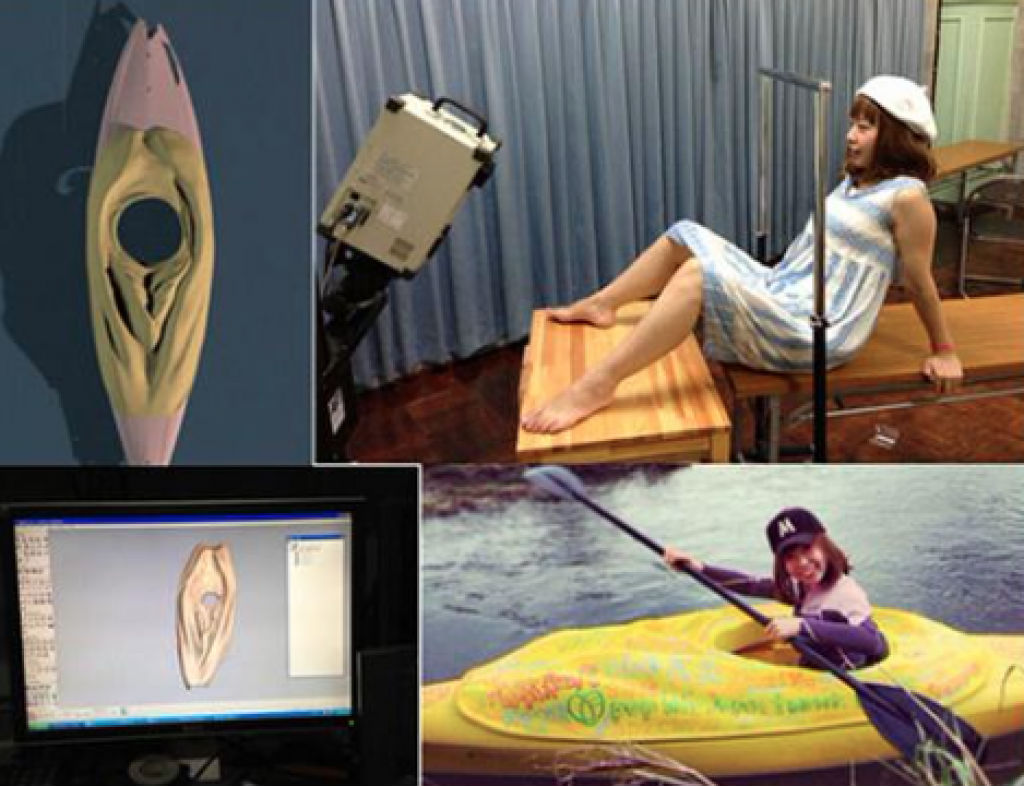 “I have been arguing that it is strange to single out one part of a human body that every woman has [and treat it as obscene],” Igarashi said last Wednesday after appearing in court.
“Some people say my works are cheap and not even art, but that should not justify police moves to arrest me.”

Many people, it seems, like the fantasy of the female body, such as the gazillions of images of near-naked, well-waxed, ultra-thin women seen on social media, in magazines and in movies.

But when a woman attempts to show the very normal aspects of being female — menstruation, birth and pubic hair — such images are branded obscene, inappropriate and even illegal.

“The fact that I was arrested for this at all shows that Japan is still very backwards about women’s sexual expression, that it is not acknowledged at all except as something for men’s pleasure,” Igarashi said.

But such double standards go way beyond Japan. Women in other parts of the world also face resistance and backlash when they try to challenge society’s fanciful ideas about the female body.

Nowhere has this been more obvious than on Instagram, which has caused outrage among its users for taking down photos showing unshaven bikini lines or overweight women in their underwear.
In response to this hypocrisy, female artists like Igarashi are using their talents — and public pr﻿ofile — to try to make people accept the female body in all its natural glory.

Here are four other examples. 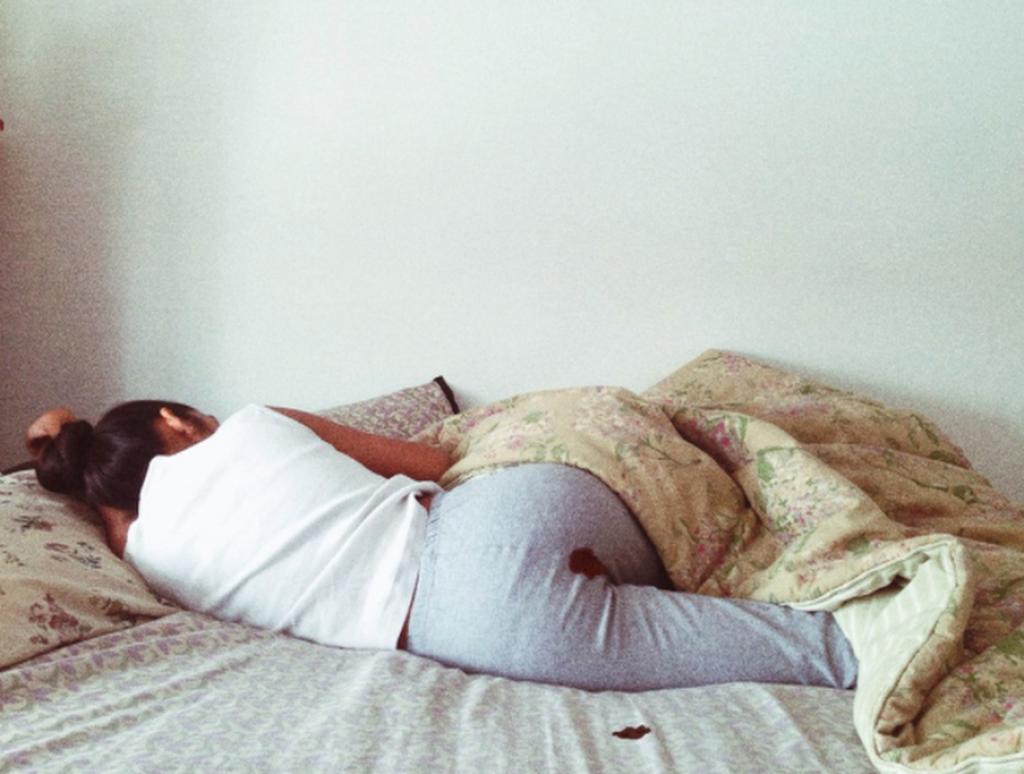 Rupi Kaur, a poet and artist based in Toronto, made headlines after she publicly challenged Instagram’s decision to twice remove a photo from her account that showed a fully clothed woman lying in a bed with a small patch of menstrual blood on her sweatpants and sheets.
Instagram said the image breached its “community guidelines,” but it later reinstated the photo following an uproar on social media. 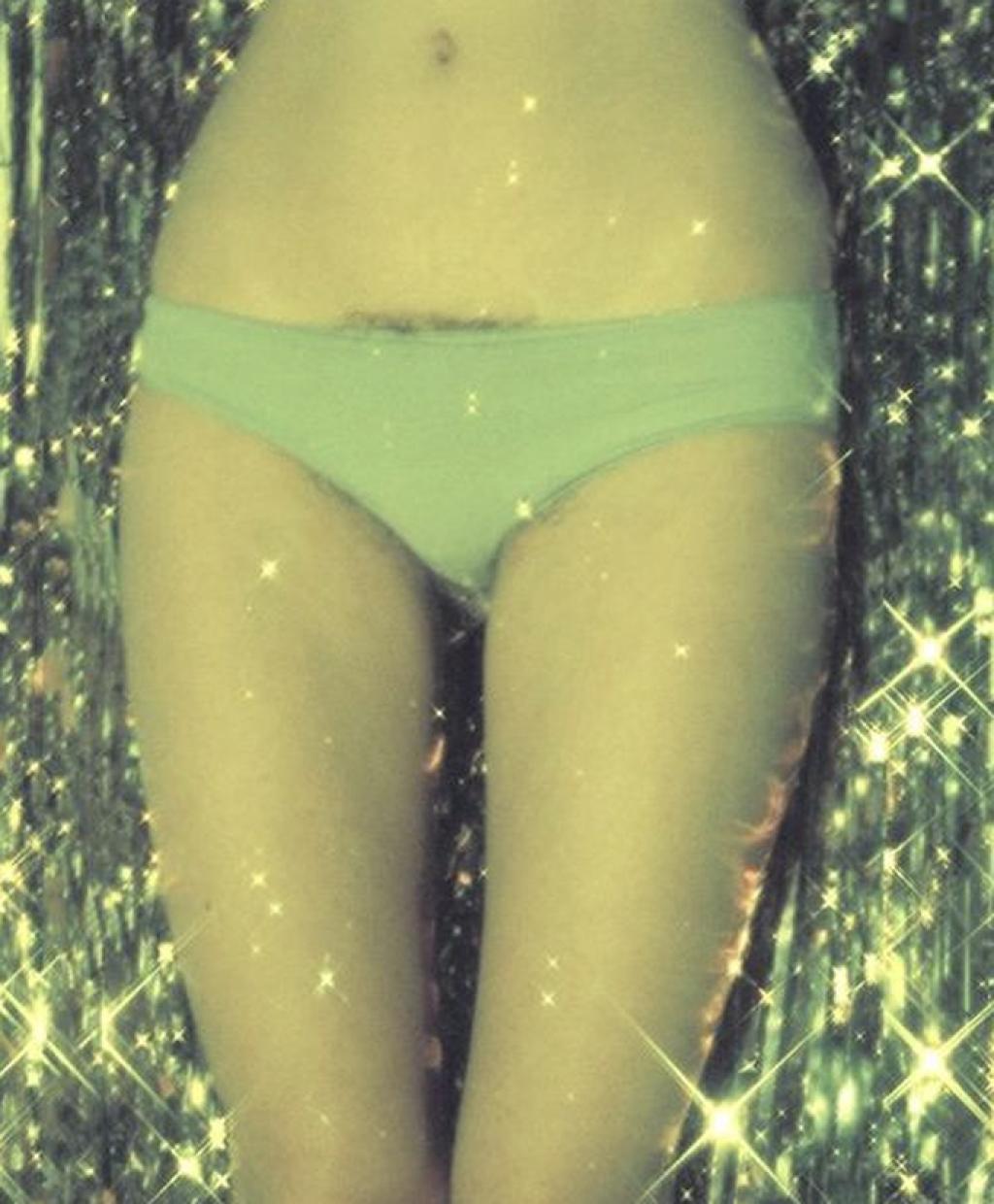 In 2013, Canadian photographer Petra Collins received even harsher treatment at the hands of Instagram’s censors. Collins said her account with the photo-sharing service was deleted after she posted a photo of herself from the waist down wearing a bikini bottom. Her crime? An unshaven bikini line.

“No nudity, violence, pornography, unlawful, hateful, or infringing imagery. What I did have was an image of MY body that didn’t meet society’s standard of ‘femininity’.” 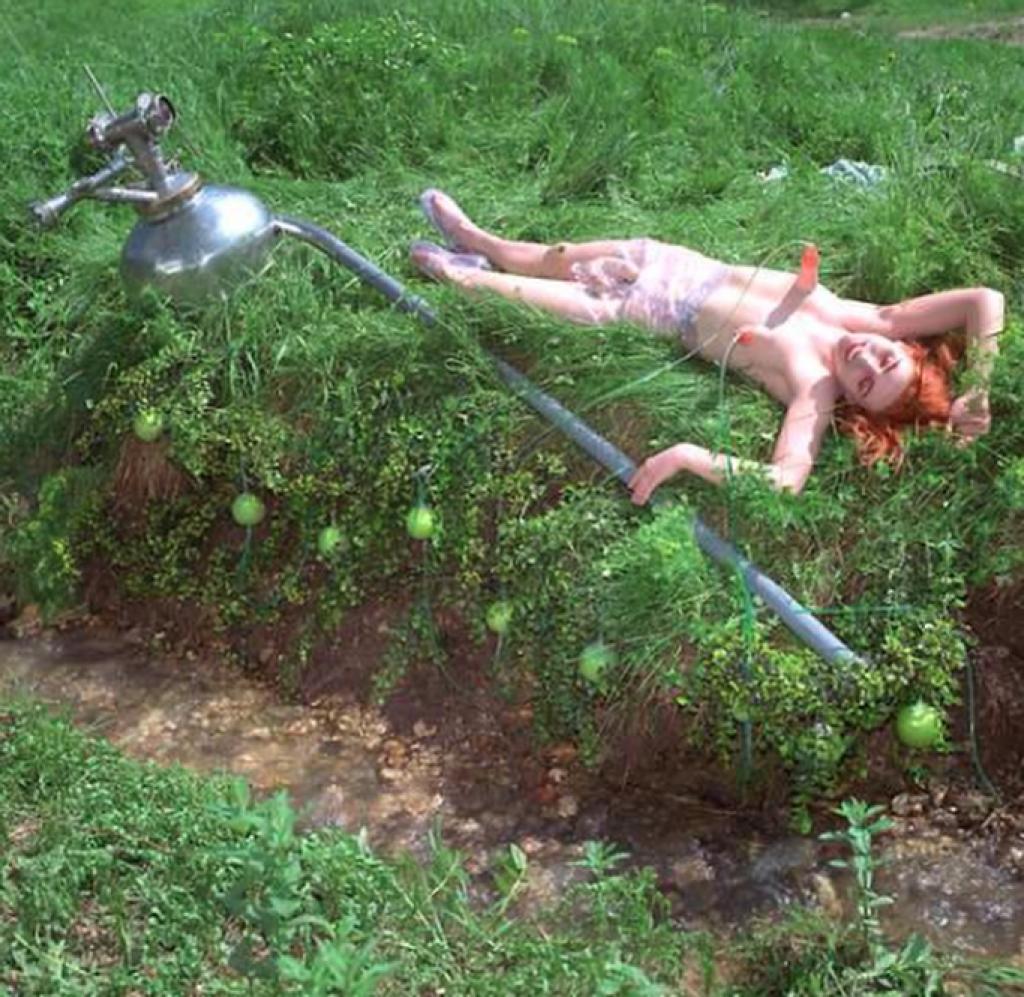 The video installation’s release in 1993 coincided with the growing political influence of the Catholic Church and the introduction of tougher laws on abortion. Against that background the video was reportedly not shown in state-owned art institutions.

It’s perfectly OK to hang a painting of a woman’s vagina in Paris’ Musee d’Orsay, but showing the real thing is not.

That’s what Luxembourgian performance artist Deborah de Robertis discovered when she sat in front of French artist Gustave Courbet’s painting “The Origin of the World” last year, splayed her legs and showed her vagina to stunned museum goers.

It didn’t take long before de Robertis was escorted away by police. The museum and two guards reportedly filed “sexual exhibitionism complaints” against the artist — de Robertis, that is, not Courbet.

Tagged
Art + Architecture Japan
What did you think of this story?
Meh
Good
Awesome

Watch What It’s Like To Live Inside Tokyo’s Most Famous and Bizarre Building: The Capsule Tower

The Art of Dyeing Naturally in Oaxaca

9 of the Most Beautiful Christmas Trees From Around the World