GoPro is making a drone.

Last week, the Wall Street Journal reported that the San Mateo, California-based camera company GoPro is releasing a drone and it will be on the market sometime in 2015. As a diehard GoPro and multirotor helicopter fan, it was magical news. The king of action cameras is sprouting wings and I couldn’t be happier.

Unless you are flying a DJI Vision 2 or 2+ with their built-in cameras or hoisting a DSLR up with a giant octocopter, you are very likely attaching a GoPro to a drone to capture your aerial video and photo. For me, like many aerial media producers, GoPros and flying copters have gone hand-in-hand from the beginning

The drone market is still in its infancy with thousands of DJI Phantom / Vision fans like me flying around our various models of the ubiquitous white quadcopters because DJI was really the first consumer drone on the scene to make an impact. As drones move into the mainstream with various services and industries utilizing the technology we will no doubt see a huge uptick drone manufacturers as scores of new companies flock to this new frontier. 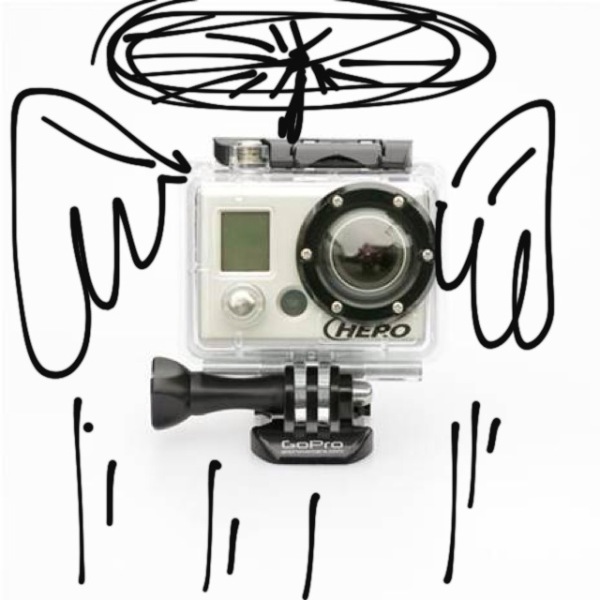 It’s too early to know much about but given the companies reputation for sleek and compact design coupled with maximum versatility we can only imagine that GoPro’s drone is going to be all kinds of awesome. Will the drone sport a built in camera or will users attach their GoPro’s onto the copter? Again, we don’t know but my money is on a built in, but perhaps detachable, camera. We do know it will be released sometime in 2015 and will be $500-1,000 — which falls squarely in the average price range of consumer multirotor helicopters. I imagine the GoPro drone will surely be supported by a version of the GoPro app and GoPro Studio — hopefully giving aerial media producers an easy flow to publish social content and edit videos.

What does this mean for GoPro?

Currently, GoPro Inc’s stock is crushing it — up about 200% since their IPO. The company is the leader in compact, wearable cameras and its entry into the drone market is a huge evolution for the brand. I take this as a sign that GoPro is thinking bigger and taking some bets on innovating their product line beyond wearable cameras. The company has conquered the wearable cam market and now it is taking to the skies — who knows what the future of GoPro holds? Whatever GoPro releases will have to stand up against DJI, a company with years of R&D and innovation in drone tech under its belt. But while DJI and its various products (they make more than drones) are well known among niche consumers, they don’t have anywhere near the brand recognition or fan base that GoPro has. If GoPro pulls this off, then it could be the world’s top drone brand by 2016.

For consumers, more competition in the drone department is a good thing. Prices go down, innovation ramps up. But for now we are left to speculate what the Gopro drone will be and wait for the next chapter in the drone history to unfold.

Tagged
Photo + Video + Film Technology + Gear
What did you think of this story?
Meh
Good
Awesome