ATHENS, Greece — Greek civilization may be falling apart, but you wouldn’t know it at the Acropolis.

The weary locals are supposed to vote Sunday on whether the country should accept more harsh conditions for aid money.

And meanwhile, here at Athens’ ancient hilltop citadel, tourists from around Europe are wandering happily, seeming oblivious to the chaos that could ultimately threaten the very future of the European Union.

That said, there are small signs of nervousness. “My friends told me I should say I’m from Austria or Switzerland,” joked Max Holtgrave, a German — a clear reference to the current unpopularity of German Chancellor Angela Merkel in this country.

Germany could lose billions if Greece goes bust. Late Tuesday, the Greek government skipped paying back about $1.7 billion to the International Monetary Fund.

Merkel has run out of patience with Greek Prime Minister Alexis Tsipras, whose controversial referendum idea came as a curveball after their talks collapsed last week. Merkel called Tsipras’ bluff. She claims Sunday’s poll is really a stay-or-go vote on the euro.

Tsipras says that’s a lie. He insists that voters will be asked whether or not to accept austerity demands imposed by creditors. And he’s been advocating they should vote “No.”

Confusingly, he sent a letter to these very same creditors that appeared to concede to most of their previous terms.

The country’s future now lies in the hands of voters. But nobody appears to be quite sure of what they are voting for any more. You could forgive visitors to the country for being confused, too — if not a bit concerned.

“Everything seems very peaceful, but what’s it going to be like after Sunday?” asked Lisbeth Claussen from Denmark. “Should I be checking the planes going back?”

We asked Claussen and other visitors to the cradle of democracy what they make of the situation. 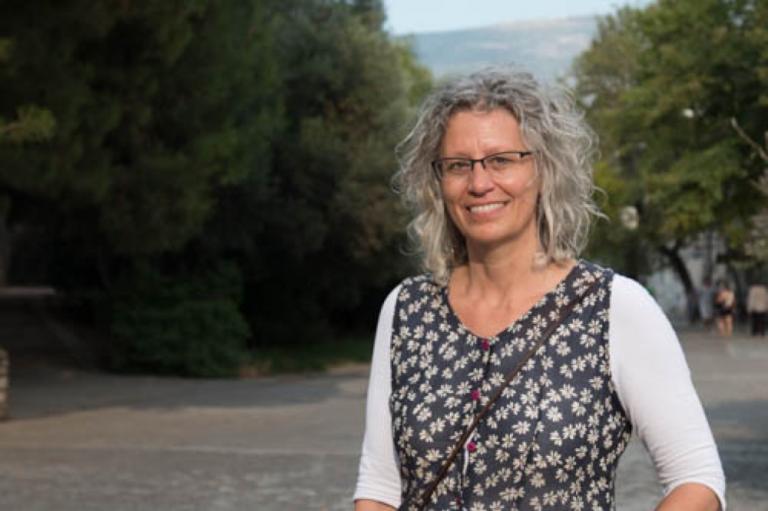 “Of course [the Greeks] have to stand up for themselves. But they also have to take responsibility.

“However, the situation here is difficult because this is a country with few resources. Apart from agriculture, there’s not a lot of production. That’s why it’s difficult to criticize Greece. We’re telling them to grit their teeth and work harder. But, at what exactly?

“It’s very critical. [The Greeks] are more than cynical. They’re sad, giving up.” 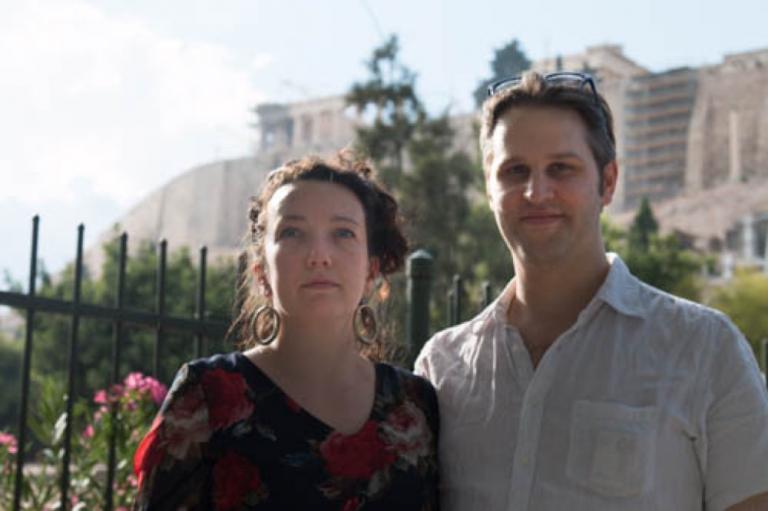 Leipacher: “It’s tricky. It’s a very big issue and it’s not black and white. The fact of the matter is that Greece owes creditors a lot of money. But their attitude has been gung-ho and belligerent. Tsipras hasn’t been playing ball. He hasn’t done anything to ensure people are paying their taxes as they should be. It’s a kind of game. There’s been a lot of demonizing in this country of Germany, which is keeping it afloat.”

Valentine Smith: “It’s easy to analyze the situation from a political point of view. But, what about the people of Greece? Do we just leave them to fall apart? Greece has never recovered from the position in which it found itself in 2011. There are probably ways European countries could be more helpful without damaging our economies.” 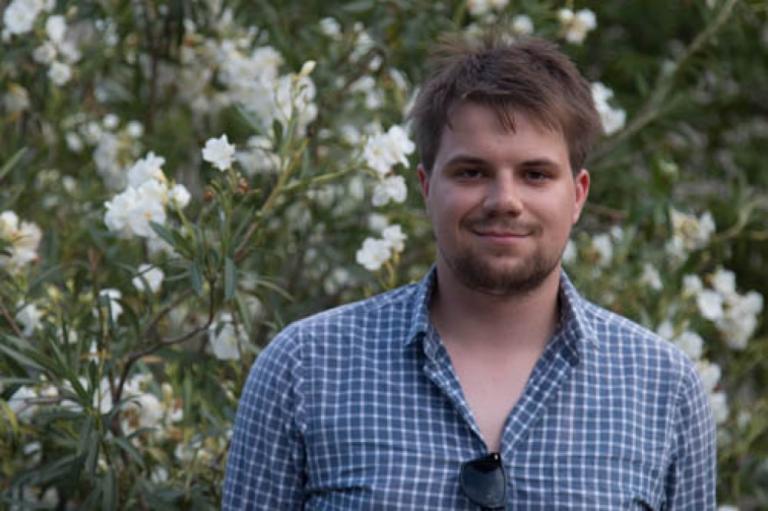 “The situation is very bad. That’s why the people have turned in one direction, towards the populists, which doesn’t help. But, there are concessions to be made. I’m not sure how long the Tsipras government will be able to keep this up.
“It’s also the fault of the media. The politicians on both sides have been guilty of showing off.” 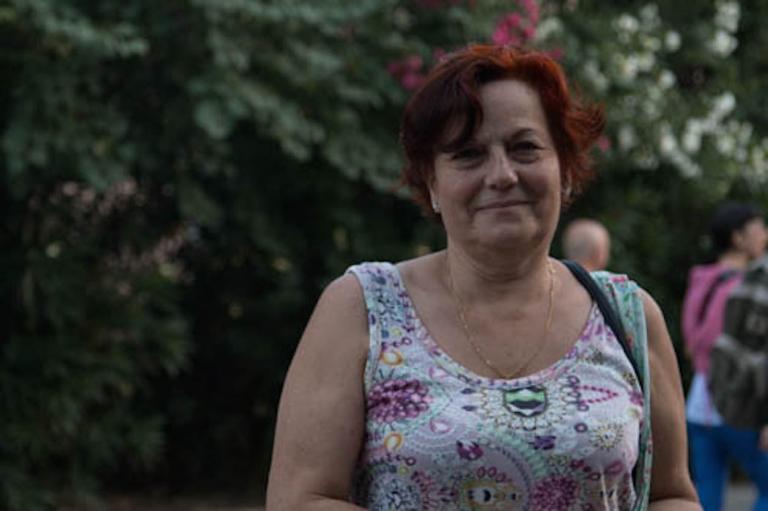 “What Germany is proposing is not right for the Greeks or the European people. The Tsipras government wants to break the economic formula that the euro zone countries have created. This formula is a lie.

“They want to crush the Greeks to give a lesson to other southern European countries like Spain and Portugal. We are the poor countries of Europe. In Spain, we had textiles, metals and shipbuilding. Now we have been turned into a services economy.

“They have fat salaries. We have low wages. They want to impose austerity on us, to cut public services. The Greeks have to be strong and resist the pressure. They want to scapegoat the Greeks.” 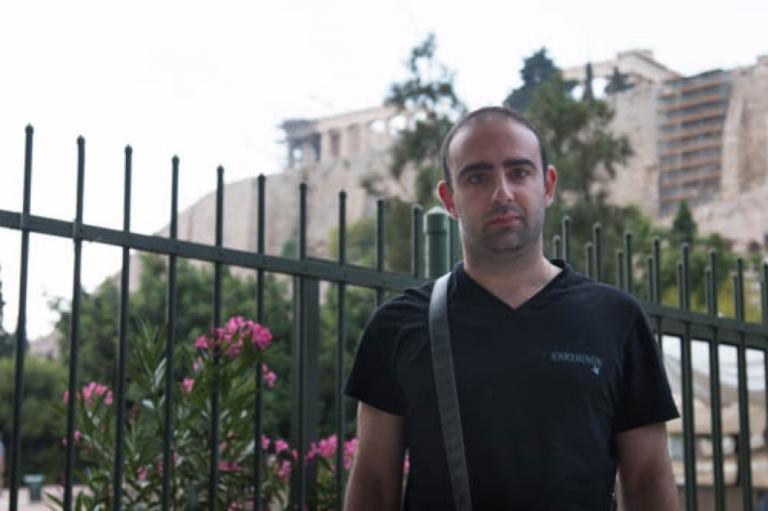 “If the Greeks leave the euro, things will only get worse for them. The country has borrowed a lot. Now they’ll struggle just to pay back the interest. 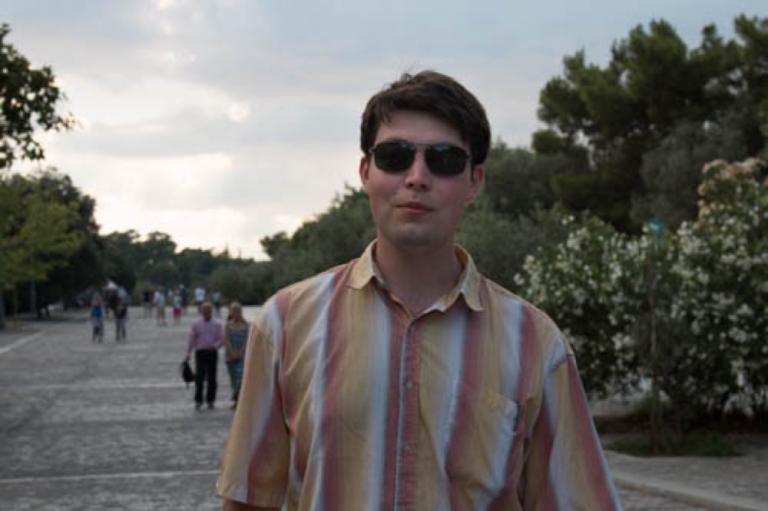 “The Tsipras government is populist. You can definitely sense they are desperate. They know they have to accept the conditions to receive more money. But, they don’t want to take the heat for it.

“The Greeks should vote yes [to the austerity measures]. It would be crazy for them to step out from the euro zone. They’d face a rapid devaluation of their currency, huge deficits and higher inflation.”

By Lorraine Mallinder, GlobalPost
This article is syndicated from GlobalPost.

Tagged
News Greece
What did you think of this story?
Meh
Good
Awesome

Dua Lipa stayed at the snake-shaped Airbnb featured on ‘The World’s Most Amazing Vacation Rentals’
Win a free month at this luxury hotel in Iceland if you shoot the northern lights
TikToker found mysterious underwater structures on Google Earth. Here’s what the place really is.
Rare footage shows a humpback whale nursing her calf in Hawaii
Win a chance to see the best meteor shower of the year in a Dark Sky Sanctuary

Why Antiparos is the best Greek island for outdoor adventure

See Santorini’s rugged, quiet side on these stunning hikes

Mexico is raffling off one of El Chapo’s safe houses for $12.50