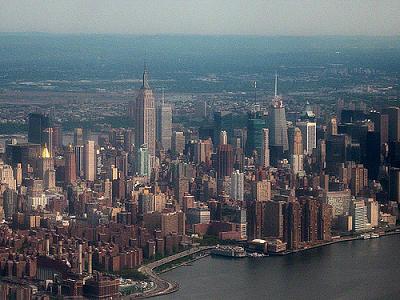 There’s never a shortage of fun and interesting activities in New York City, but two upcoming events are likely to be of special interest to the Matador community.

First up on the list is Open House New York (OHNY), which will be held next weekend (October 4 & 5) at locations throughout the 5 boros. Now in its sixth year, OHNY convinces sites around the city to throw open their doors and give guests a behind-the-scenes look at the architecture and design of NYC’s landmarks, new buildings, and little known structures.

This year’s highlights include an architect-guided tour of 7 World Trade Center; Fresh Kills by Bus (a tour of a landfill conversion project described as one of the world’s largest public works projects); and the Harlem Infill Project (a tour of the first privately funded, mixed-income green housing project in NYC).

A full schedule of events and ticket information can be found on OHNY’s website.

Second, is an NYC appearance by Matador’s own writer and contributing editor, Eva Holland. Eva will be reading in the Restless Legs reading series, described as an event “for the wanderlust stricken.”

Eva will be appearing along with a few of her World Hum colleagues on Wednesday, October 15 at Lolita Bar, located at 266 Broome Street, between Allen and Orchard Streets. It’s sure to be a great evening!

*If you haven’t already entered our blog about NYC contest, be sure to do so today or tomorrow. Your entry makes you eligible to be considered for one of three Not for Tourists guidebooks we’ll be giving away, as well as publication on the MatadorNights blog!*