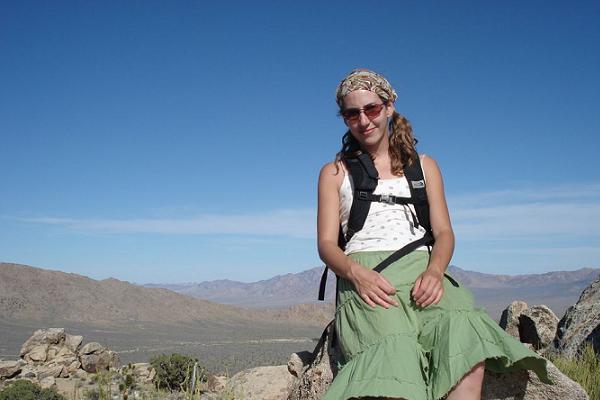 You couldn’t have a better guide to Salt Lake City.

When Amiee Maxwell joined Matador U and introduced herself to her peers, the Matador team knew there was something special about her:

“Hi everyone – I am Amiee and I totally understand how difficult it is to come home and write after a full work day. That is why I ditched my totally secure job, minimized my expenses, and saved a ton of cash to head on out to try and live some version of my dream.

I honestly have no idea what I am doing and that is why I signed up for this course. It was too hard for me to whole-heartedly pursue writing while working full-time and I figured that quitting my job would give me the time (and pressure) to succeed – hopefully before all my savings disappears.”

Amiee set up her blog, secured a location-independent internship with Trail Runner Magazine, and jumped headlong into the U’s travel writing course. She’s also joining the Matador team as an intern for Matador Sports.

Then, she landed a writing gig with Nile Guide as their Salt Lake City expert.

I asked Amiee a few questions via e-mail about ditching the cubicle and visiting Salt Lake City:

Give us your personal elevator speech.
I had considered quitting my job for quite awhile so I saved up some cash and seriously minimized my expenses. After scoring an internship with Trail Runner , I decided to leave the job and dedicate myself to learning everything I could about publishing and commit to writing full-time.

I had been dabbling with writing for a few years and eventually that desire to get out and explore rather than read about the lives of those doing it became so overwhelming I just had to try it.

Are you from SLC?
I have spent the last 8 years in Utah. I grew up in Wisconsin and after graduating college headed to Salt Lake City for some of Utah’s famed snow.

“I had been dabbling with writing for a few years and eventually that desire to get out and explore rather than read about the lives of those doing it became so overwhelming I just had to try it.”

Sell us on SLC.
Salt Lake City is a surprising liberal haven in an otherwise conservative state.

Although the city is still dominated by the Church of Jesus Christ of Latter-day Saints (Mormons), religion has recently taken a backseat to a burgeoning arts and film scene, great food and nightlife, and some of the best outdoor recreation in the country.

Visitors flock to Salt Lake City in winter to ski on the greatest snow on Earth and are soon captivated by the city’s quirky politics, the absolute stunning beauty of the Wasatch Mountains, and the seemingly endless recreational opportunities that surround the entire city.

What’s the biggest misconception of SLC?
Membership cards are no longer necessary to get into a bar in Salt Lake City. Utah eliminated their “private club” laws July of this year, making bar hopping now possible in Salt Lake City.

What are three of your favorite places/activities in SLC?

A Dirtbagger’s Guide to the American West

Do you want to leave the cubicle behind and write full time?