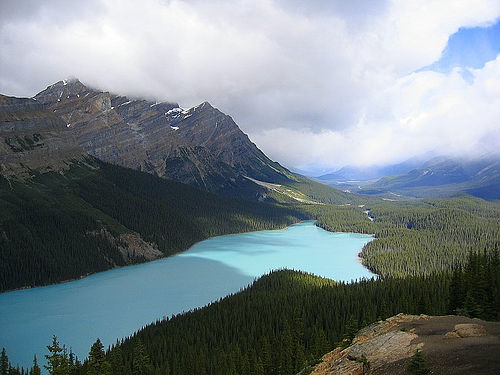 A friend recently pointed me to this fascinating online electoral project: VoteForEnvironment.ca.

The site’s basic premise is that, regardless of their differences, all four Canadian Opposition parties (the Liberal, New Democratic, Bloc Quebecois and Green parties) view the environment as a serious issue that is worthy of their attention.

Prime Minister Stephen Harper and the incumbent Conservative Party, on the other hand, are viewed as a threat to the environment.

All the other major Parties have programs that seriously address our critical climate concerns and are talking about them in this election. If those of us who care about the environment don’t work together across party lines, the pro-environment vote will be split as it was in the last election and Harper will be re-elected.

It’s basically an “ABC” position: Anybody But Conservatives.

The idea is nothing new in Canada, where the center and center-left parties have been agonizing over how or whether to split its vote for years, with all sides accusing the others of watering down the large moderate vote and allowing the Conservatives to take power with only minority support. 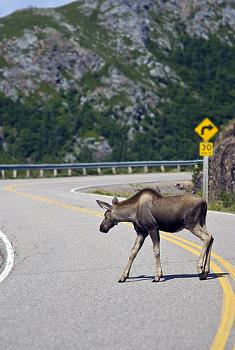 But VoteForEnvironment does more than just spread the standard anti-Harper rhetoric: it actually helps voters decide where their vote will count most.

The site offers up-to-date riding-by-riding predictions of which candidates have the best shot at toppling a Conservative front-runner.

That way, environmentally-minded voters in a given constituency can pool their votes together behind the strongest challenger.

In ridings where one candidate (whether Conservative or not) is considered a shoo-in, the site lets voters know they’re safe to vote their conscience.

Be sure to check out the site and find your riding, and don’t forget to tell your friends!

Environmentally-minded Americans: you can help, too! Spread word of the site to any and all Canadians you might know.

This is a crucial election. But with the help of VoteForEnvironment.ca, every vote really can make a difference.

For more on the Canadian election, which takes place October 14th, check out my blog post over in the Matador community: The OTHER Election.

What did you think of this article?
Meh
Good
Awesome
Bookmark
Posted In
Activism Environment
Destinations
Canada

Vancouver Island is the freshest place for fall leaf peeping

Toronto is Canada’s most colorful city. Here’s how to take it in.