Editor’s Note: Matador member Valerie Ng recently took a sabbatical from her job to set off on a trip around Argentina, Chile, and Uruguay. She happened to land in Buenos Aires at an historic moment. She sent us this dispatch today.

Arriving in Buenos Aires on March 31, I happened to find myself in Argentina’s capital during a momentous time. The very night I arrived, Raul Alfonsin, the country’s first democratically-elected president after the “Dirty War,” the country’s 1976-1983 period of military rule, fell gravely ill as a result of lung cancer.

By the next morning, he was dead. 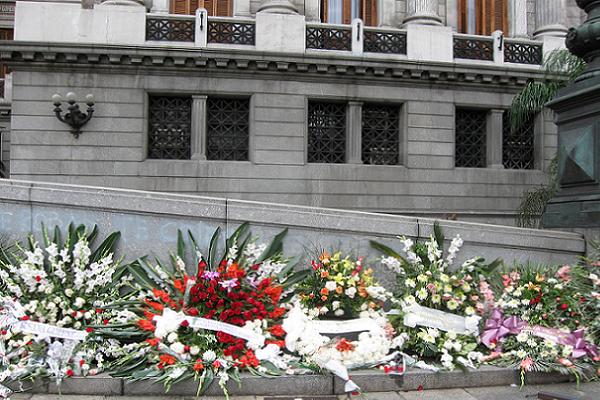 That afternoon, the Plaza del Congreso was blocked off by police as Argentines lined up in front of the Palacio del Congreso to pay their respects. 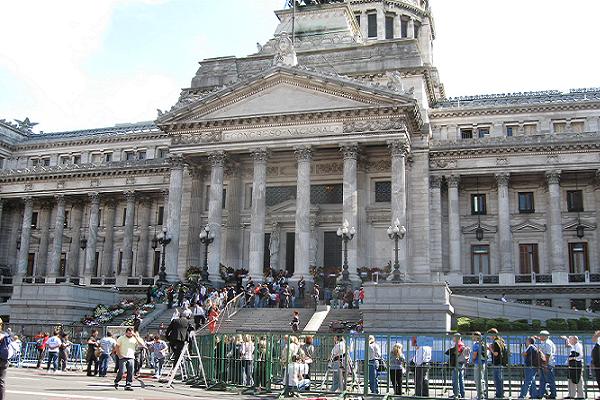 Banners were unfurled, thanking Alfonsin for his efforts in ushering in an era of democracy and prosecuting former military leaders, a huge risk for which he was eventually forced to step down after six years. 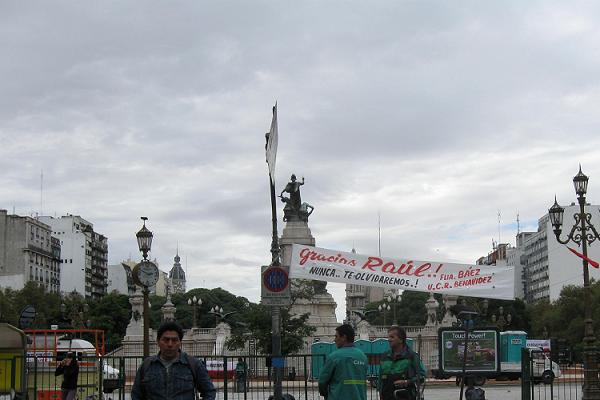 Alfonsin’s presidency gave Argentines hope at a time when many Latin American nations were ruled by military dictatorships. The reverence people still have for him was evident in the crowds that turned out for his funeral procession on April 2, which resulted in the police barricade being knocked over. 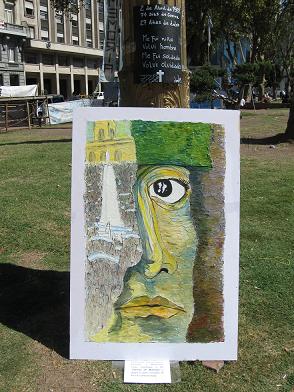 April 2 was also a national holiday to commemorate the Falklands War, known locally as the Guerra de las Malvinas. Veterans of the war had set up in the Plaza de Mayo, in front of the Casa Rosada, the office of President Cristina Fernandez de Kirchner.

Like Vietnam Veterans in the United States, the veterans of this conflict have been discriminated against and forgotten for years.

And incidentally, this being a Thursday, the Madres de los Desaparecidos, the Mothers of the Disappeared, made their weekly march in the Plaza, as they have for years. 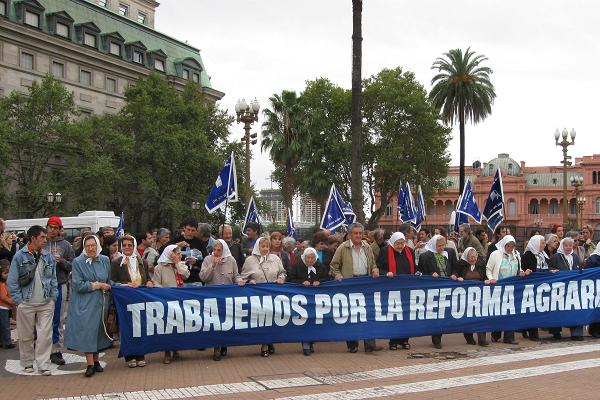 I was struck by the reverence that the Argentines had for their former president, who gave them the kind of hope that Americans now have for Obama, as well as the dedication of the Madres, who continue their fight in memory of their children.

[All photos courtesy of the author.]

Tagged
News Argentina
What did you think of this story?
Meh
Good
Awesome