FROM CRISP FALL afternoons spent biking scenic woodland trails, to celebrations of craft beer, fine cuisine, and top-notch performance arts, the experiences you’ll have in Traverse City are all kinds of amazing. Here are just a few things you’ll understand once you’ve been to the most happening part of Michigan.

1. You don’t have to head east for fall foliage. 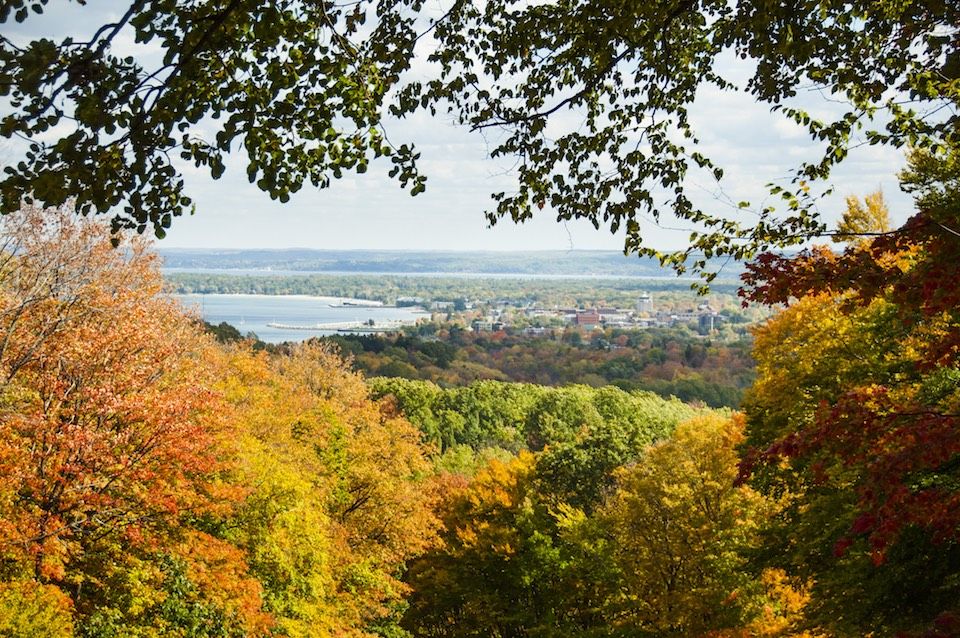 The Appalachians in October are certainly beautiful — but not this beautiful. M-22, the route along Lake Michigan and Sleeping Bear Dunes, has actually been voted the #1 fall color tour in the nation.

It’d be helpful to clarify what you should picture, because unless you’ve been, it’s hard to understand. Imagine one of the biggest lakes you’ve ever seen, with massive sand dunes along the shoreline quickly turning into red, gold, and orange forests hiding smaller lakes and ponds within their leafy fortresses. The hills go on for days, 64 miles of autumn vista spread out in front of you. That’s why it’s #1.

Of course, you can get out of the car, too. Hop on the Bay View Trail to get into the thick of things, or hike to Lake Michigan on the Dunes Trail, 3.5 miles of sand falling away at your feet. There’s the paved TART trail, too, for easier, more leisurely days. Speaking of…

2. You should embrace the TART. 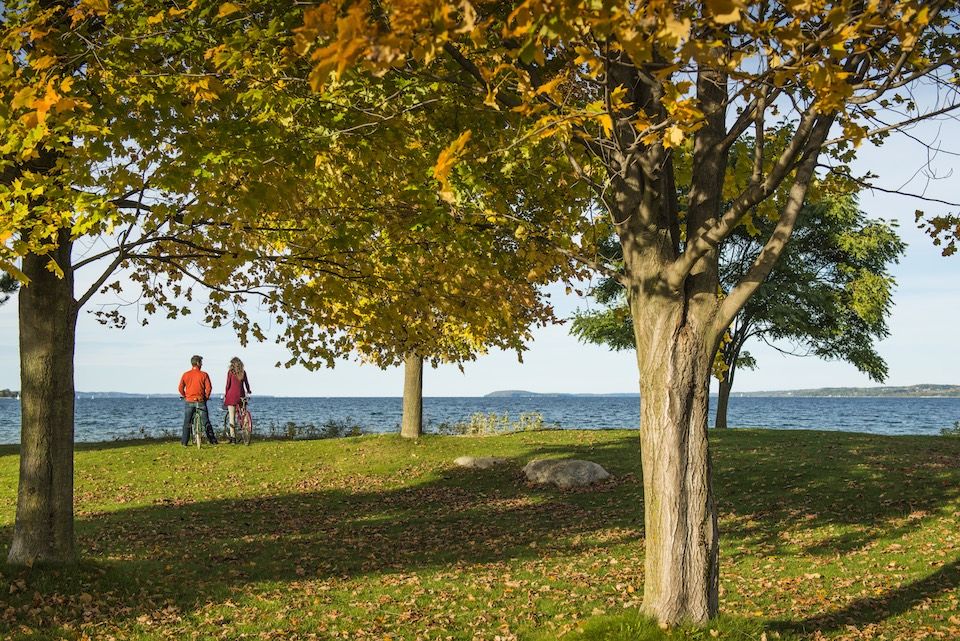 The TART (Traverse Area Recreation and Transportation (TART) Trails) runs right through town, and spans the southern shoulders of the East and West Arms of Grand Traverse Bay. To the west, you can hop on the Leelanau Trail for 17 miles, which leads cyclists and runners to scenic Suttons Bay, passing through fruit farms, meadows, and enough rolling hills to give you sweeping views and a good workout along the way. While you’re in Traverse City, you’re probably going to want to rent a bike!

3. When an Iron Chef recommends a small-town restaurant…you should listen. 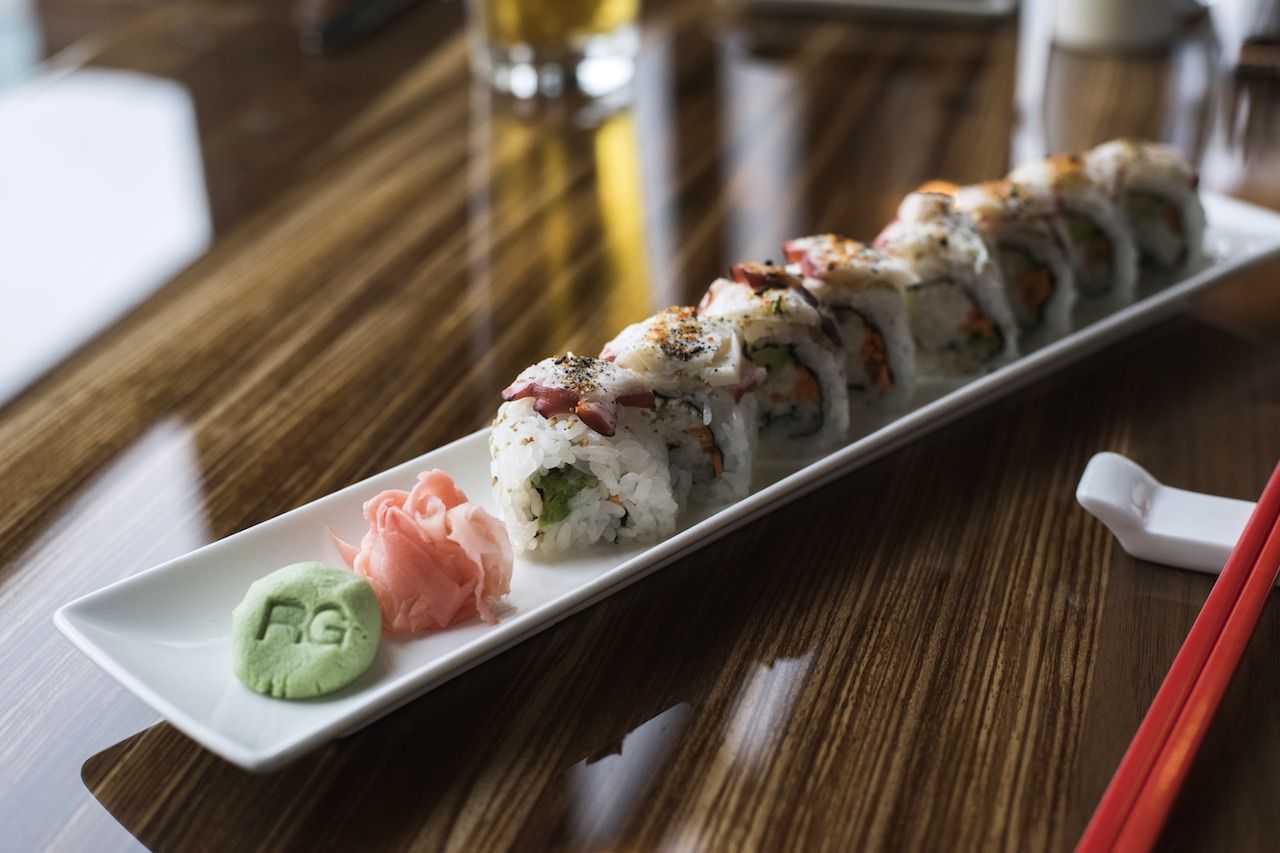 TV chef Mario Batali, who has a home in nearby Northport, has been singing the praises of Traverse City’s food scene, and he’s been singing it loud. From wines to cheeses, fruits to meats, restaurants here believe in the importance of sourcing ingredients locally, and it shows. Amical serves up fine French and European cuisine, while Red Ginger has new gourmet twists on Asian dishes.

For something a little more down-home, Grand Traverse Pie Company is your go-to for a perfect pastry (or quiche, sandwich, or wrap), and on West Front Street you’ll find J&S Hamburg — a no-nonsense diner that’s been around since 1938.

4. The independent bookstore is alive and well. 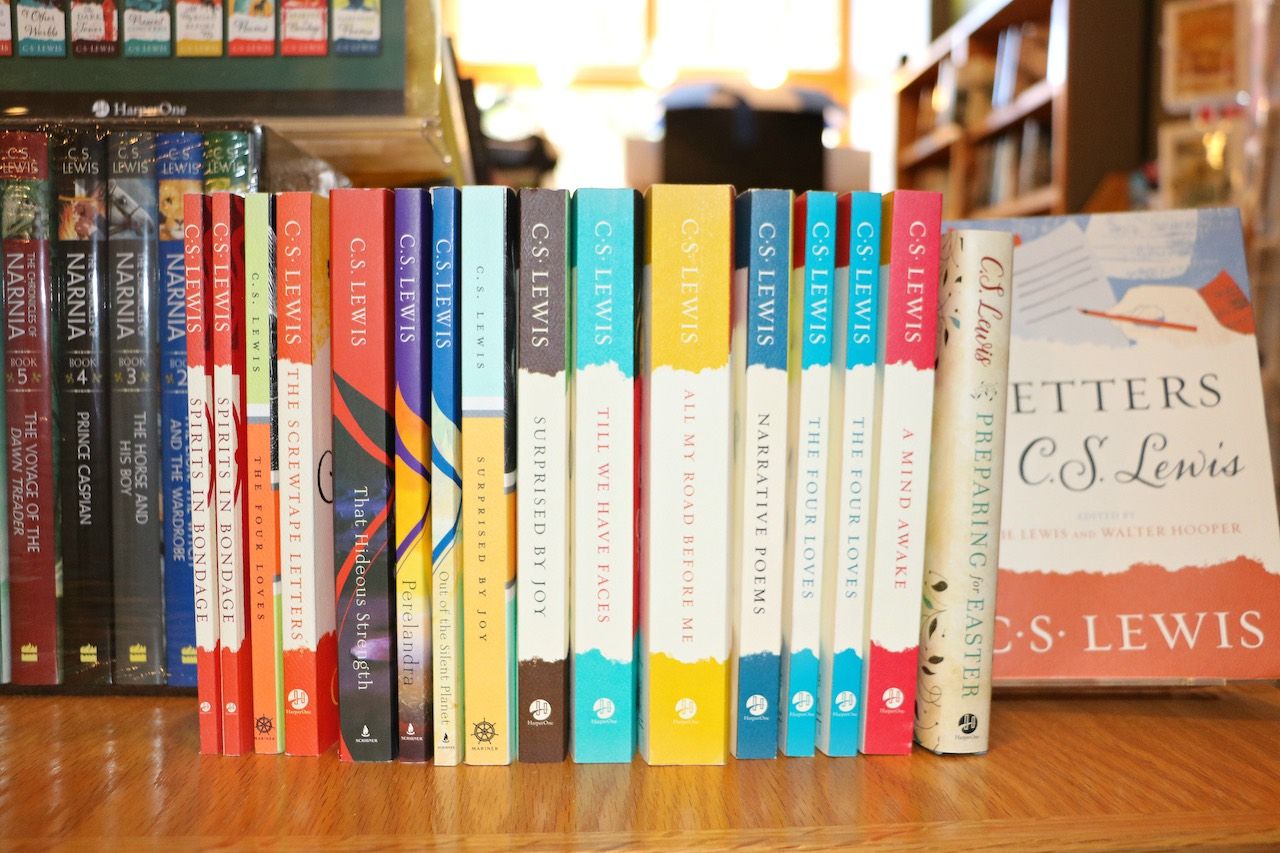 Given that Traverse City hosts the National Writers Series — bringing amazing writers like Ann Patchett and David Sedaris to the city — it shouldn’t be a surprise that this is a town with truly great bookstores. Whether you’re looking for a rainy-day read or enjoy well-stocked shelves and homey surroundings for a good browse, you’ll find no shortage of great sellers on Front Street alone. Horizon Books is a local treasure housed in what was once a sprawling JCPenney. Don’t let its size fool you. The atmosphere is as cozy as can be, and the staff are super knowledgeable.

Across the street and down a block is Brilliant Books. It, too, is known for its incredible selection. In fact, it was given a shout-out from New York-based Book Riot, which dubbed BB the “most exuberantly indie bookstore” around. You’ll also find a well-stocked used bookstore at the Village at Grand Traverse Commons, a 19th-century asylum renovated into a community of shops, restaurants, and residences. 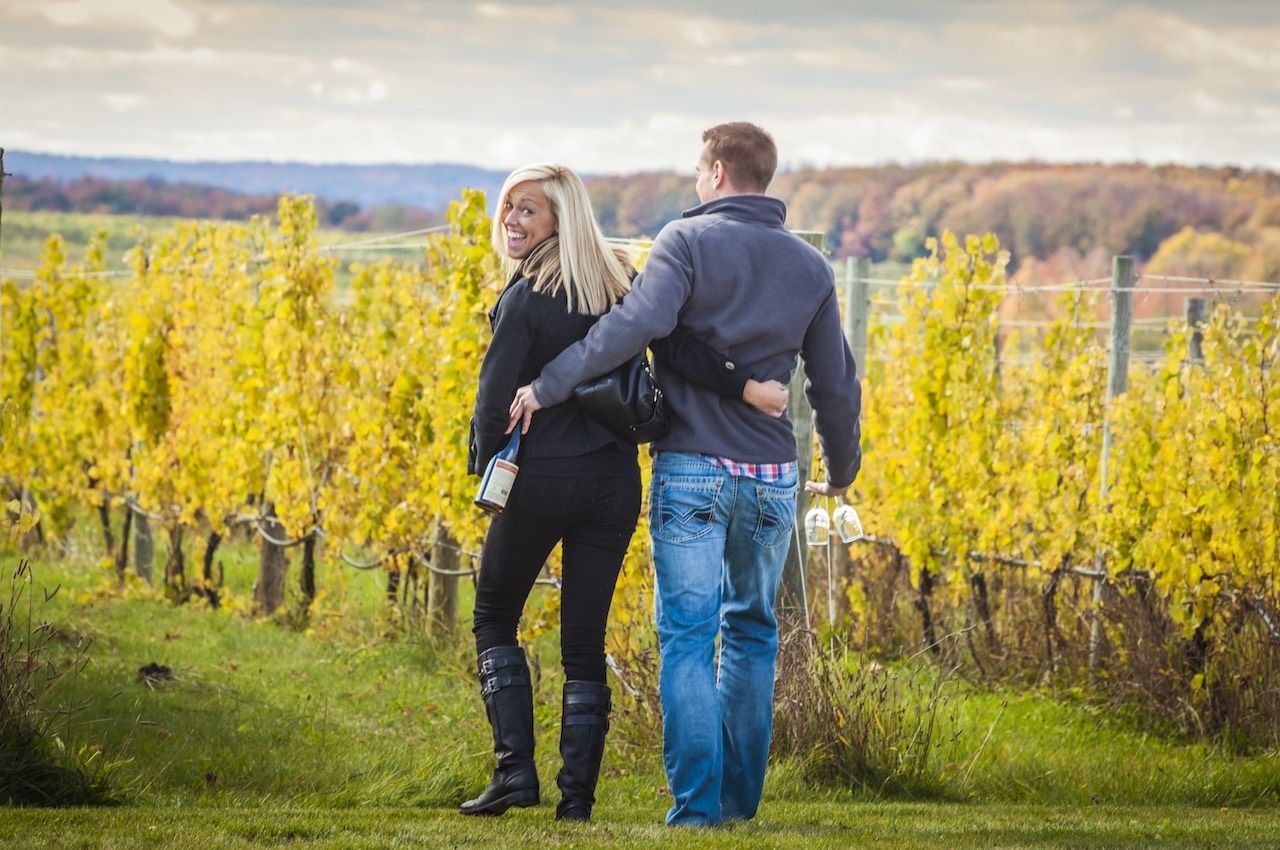 Traverse City shares its latitude with some of the most-lauded wine regions in France and Italy, and subsequently is home to amazing local wineries like Mari and Hawthorne Vineyards. And then there are a handful of tried-and-true breweries like Mackinaw Brewing Company and North Peak Brewing Company. Oh, and there’s Grand Traverse Distillery, which produces the best small-batch whiskey, gin, vodka, and rum around. 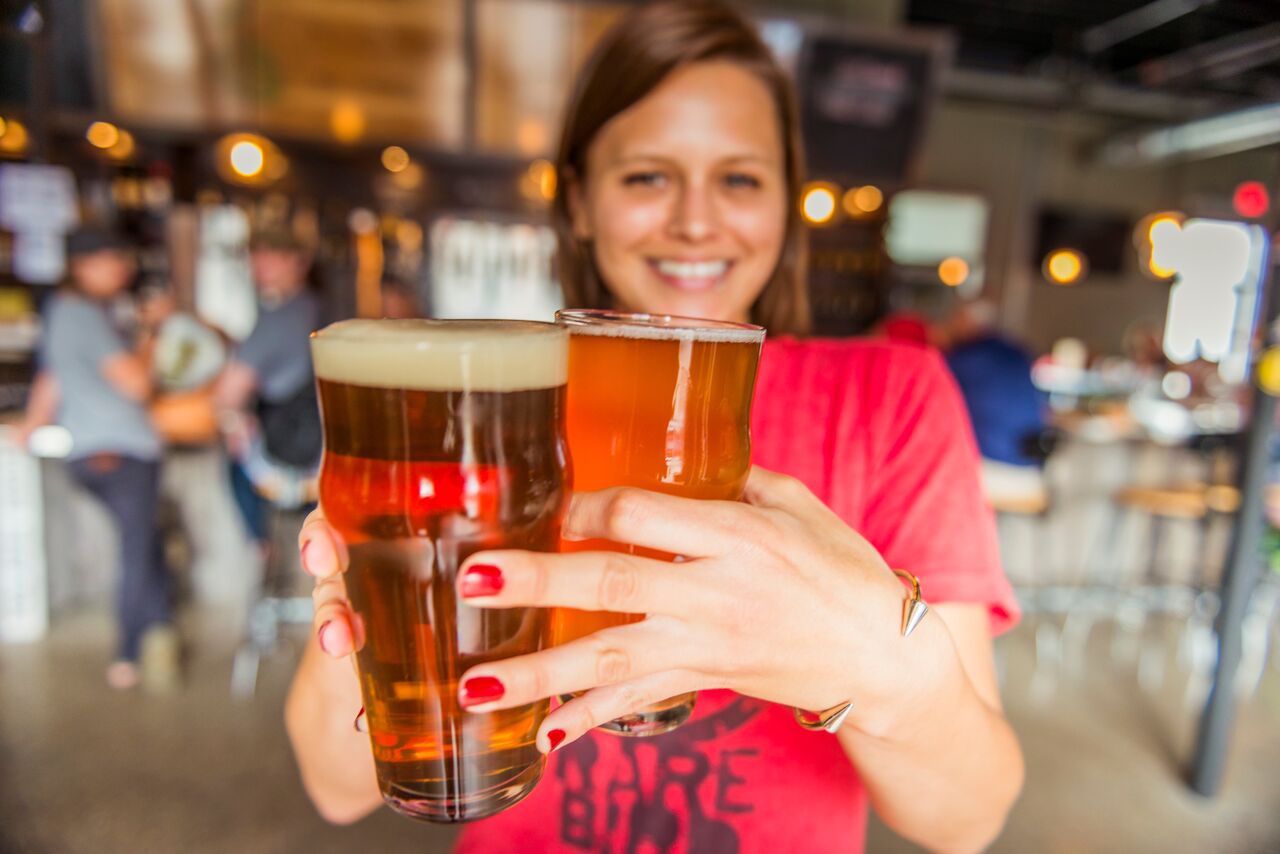 For some of us, one day of beer tasting is plenty — but we just haven’t dreamed big enough yet. Enter Traverse City and Traverse City Beer Week, seven days of beer tastings, educational workshops, and food, food, food. It takes place in mid-November, and the scale it’s on only makes sense when you consider the statistics: The city has around 15,000 residents and 19 craft breweries and beerpubs. Add in the local holes-in-the-wall, and that puts Traverse City on the beer map for good.

And, no, you don’t have to come for all seven days…but you could if you wanted. 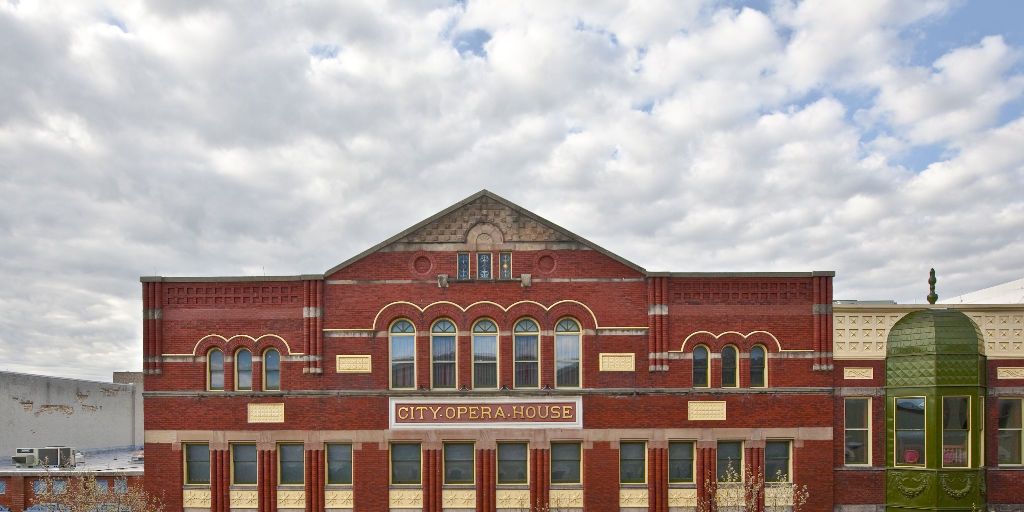 Traverse City’s robust music scene exists thanks in large part to Interlochen Center for the Arts, set in the woods just southwest of town. Since its inception, everyone from cellist Yo-Yo Ma to Bob Dylan has performed here, and alumni include Norah Jones, Jewel, and Josh Groban. (Actors like Felicity Huffman and Rumer Willis have also attended.)

There’s also The Traverse Symphony Orchestra, 60-some professional musicians on par with those from the big cities, with a season that extends from April through October. They perform in the beautifully renovated City Opera House, which dates all the way back to the late 1800s.

And if art-packed historic buildings are your thing, but you’d rather take them in casual attire, check out the State Theatre on Front Street, built in 1916. It was renovated in 2007 under the auspices of Michael Moore and is run by the internationally renowned Traverse City Film Festival.

8. Winter in the north should be fun, not feared. 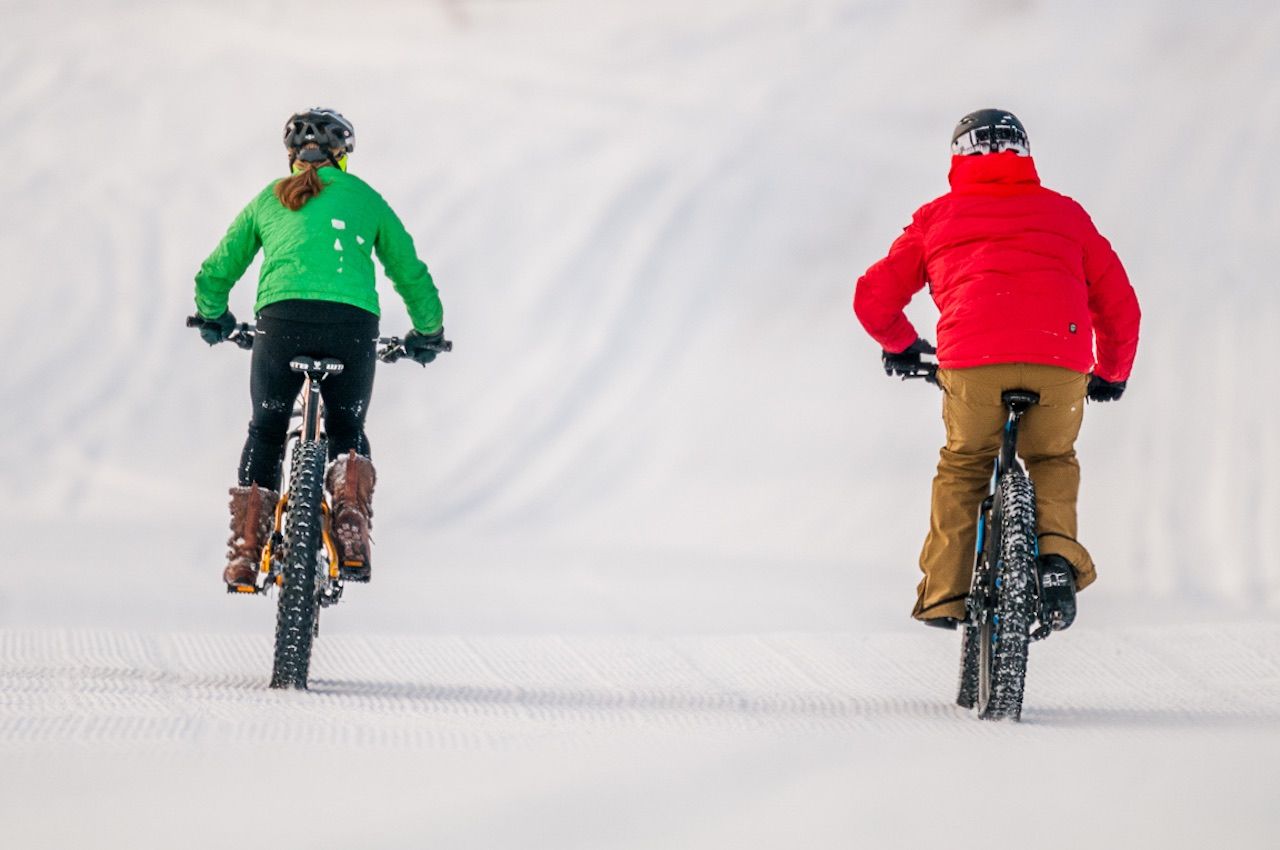 Shanty Creek Resorts in Bellaire is a snow-sports go-to. There are also hundreds of miles of snowmobile trails through the local woods, and cross-country skiers and ice-fishing enthusiasts absolutely love the Traverse City winter.

And have you heard of fat biking? You can ride these bikes with super wide, partially deflated tires year-round, but winter is when they shine. Northern Michigan is flush with trails (and breweries for an obvious post-ride stop or final destination). To get started, hop on the singletrack at Glacial Hills, shred the 30-some miles of trails, and end your journey at Short’s Brewing Co. for some well-earned refreshment.

Have a beer and grab your guitar, trumpet, uke…anything goes at our open mic nights. A little west of town, Bill Dungjen hosts the longest running of them all at the Hayloft Inn, where country and bluegrass are the preferred genres. Wine and cider bar Left Foot Charley also has a great open mic on Sundays — it’s hosted by the soulful Rob Coonrod.

10. This is lighthouse country. 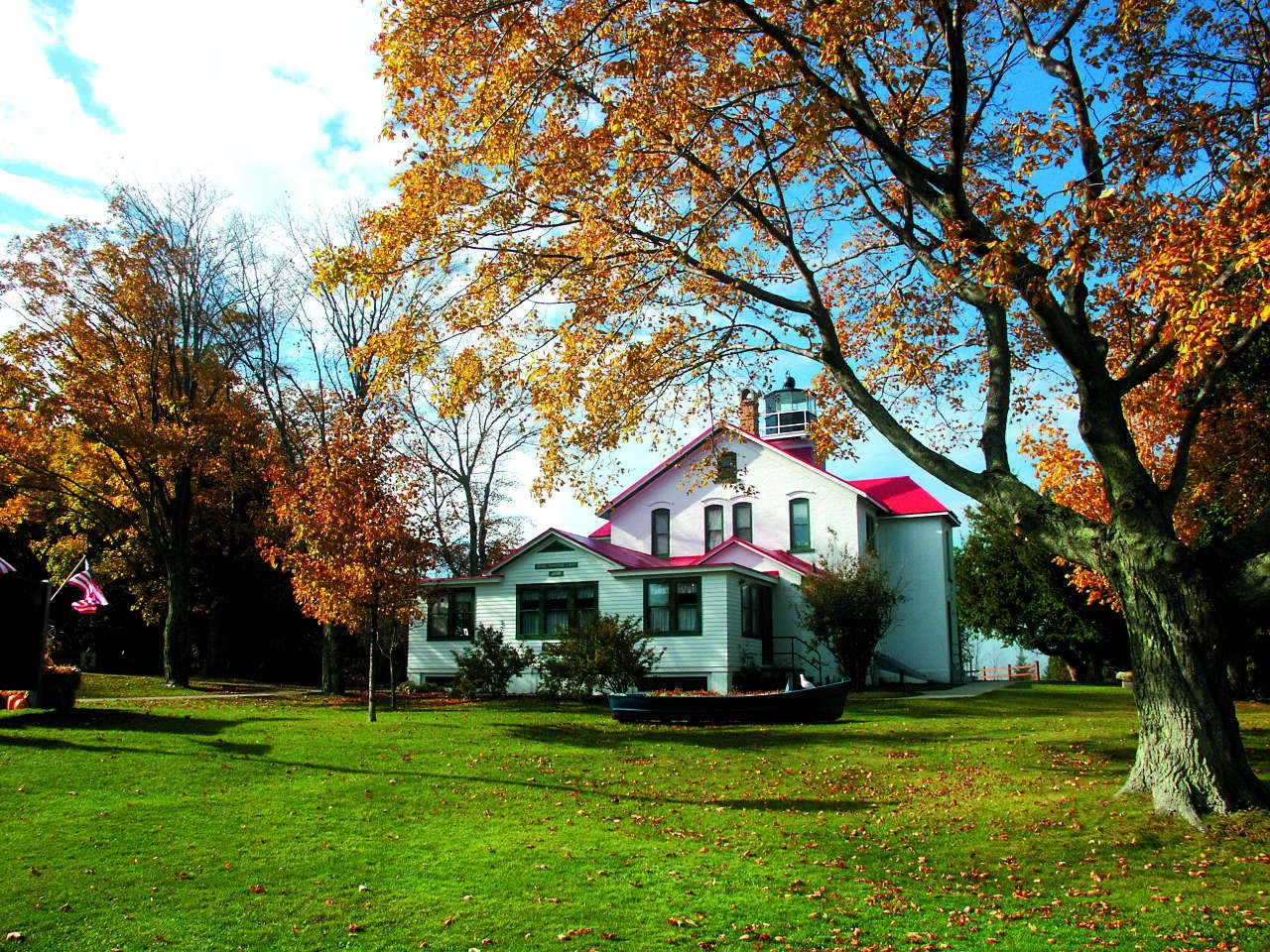 If you had to guess which state has the most lighthouses, you’d probably say Florida or Maine. Maybe California. But that gold medal actually goes to Michigan, and several (of the best) can be found in Traverse City.

Mission Point, Grand Traverse, South Manitou, North Manitou, and Point Betsie are the five to the city’s name. All are historic and worth a stop, and tours are available at all except North Manitou. If you only have time for one, Grand Traverse is the most accessible and one of the oldest on the Great Lakes. It’s on the tip of the Leelanau Peninsula, surrounded by a state park. Better yet, you can volunteer to be a lighthouse keeper and live in the lighthouse for a couple weeks. What better way to get your local’s card?

This post is proudly produced in partnership with Traverse City Tourism.
Tagged
Culture Insider Guides Traverse City, MI, United States
What did you think of this story?
Meh
Good
Awesome