Here’s a wish-list of the best countries to visit for spotting rare wildlife. (In every case, we’ve focused on destinations that support conservation efforts and sustainable tourism.)

In 2007, there were an estimated 4,000 cheetahs in southern Africa. Most recent estimates suggest that the population has climbed to over 6,000 with Namibia having the largest cheetah population worldwide. As of 2015, over 3,500 cheetahs inhabit Namibia. 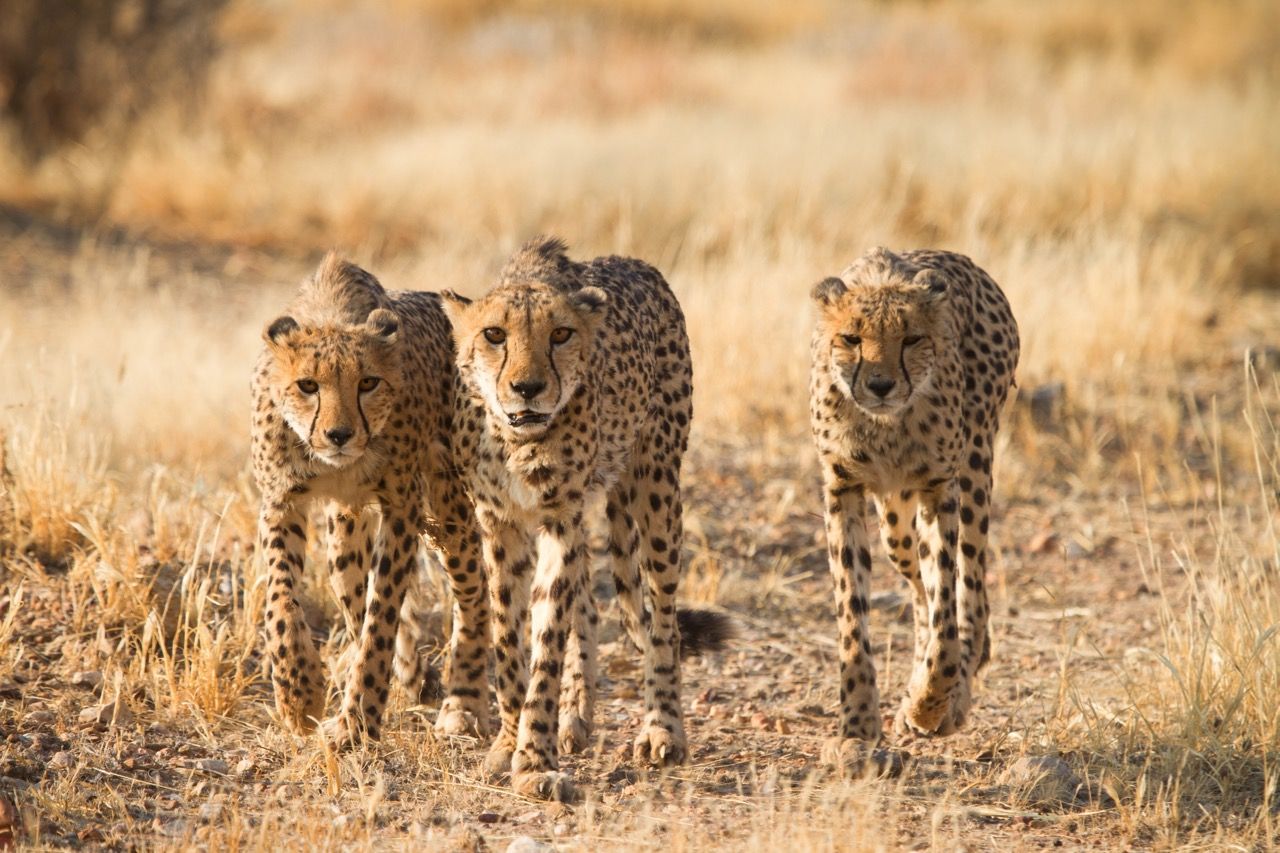 Even though most Namibian cheetahs are spread across unprotected areas, the country remains the best place to see these glorious creatures in the wild. Etosha National Park offers the best chances along with the private Okonjima Nature Reserve where the AfriCat Foundation’s headquarters are based.

The jaguar is known as the ‘Tiger of the Americas’ and is the third-largest of the big cats. Jaguar populations are rapidly declining and the big cat is considered near-threatened by the International Union for Conservation of Nature (IUCN), meaning it may be threatened with extinction soon. It is estimated that there are now only around 15,000 jaguars left in the wild. 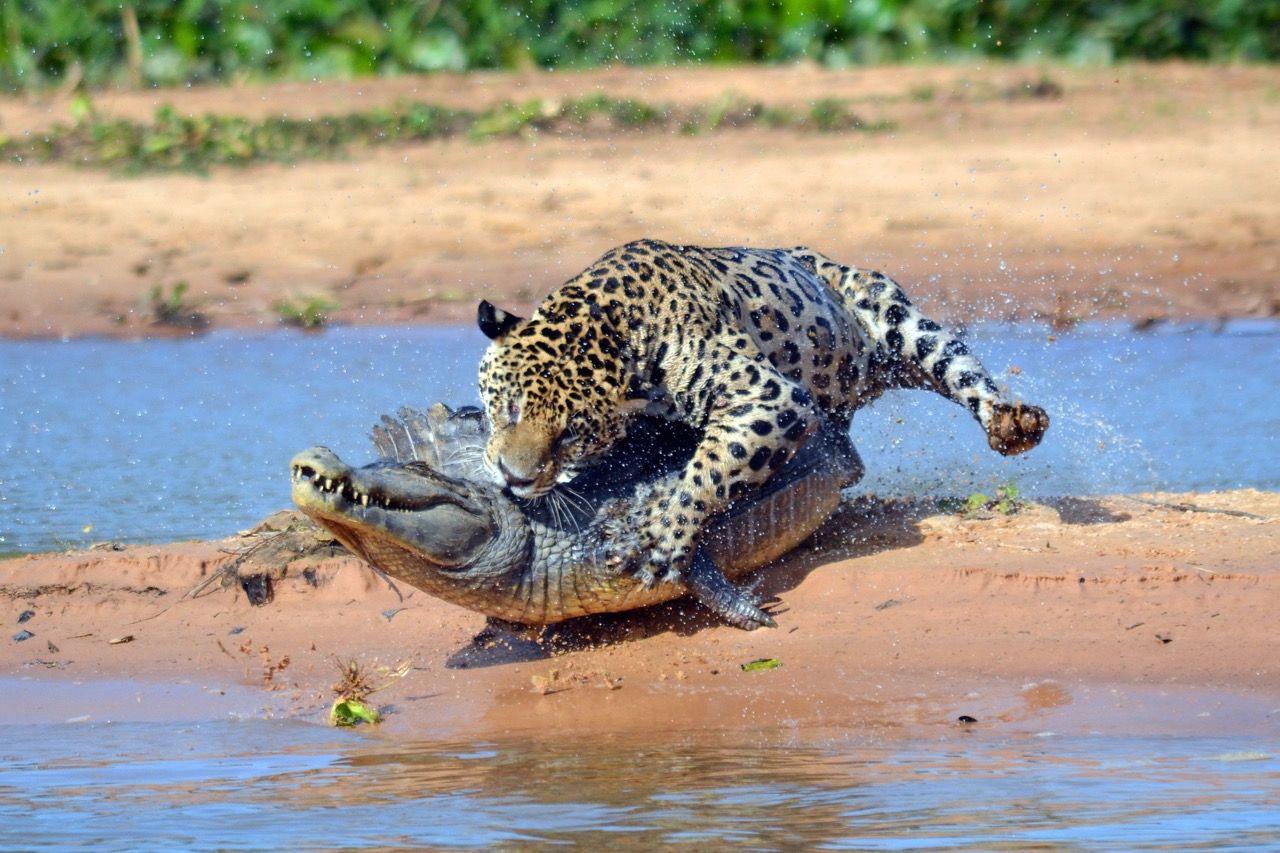 Jaguars can survive in different habitats ranging from the Sonoran Desert in Mexico to the pampas of northern Argentina, but they flourish in the wet jungle and rainforest of The Pantanal in Brazil. Here, during the dry season (August to October), you are practically guaranteed a sighting. Head to Refúgio Ecológico Caiman for a range of flourishing eco-tourism options.

3. Everything in the Galápagos Islands, Ecuador 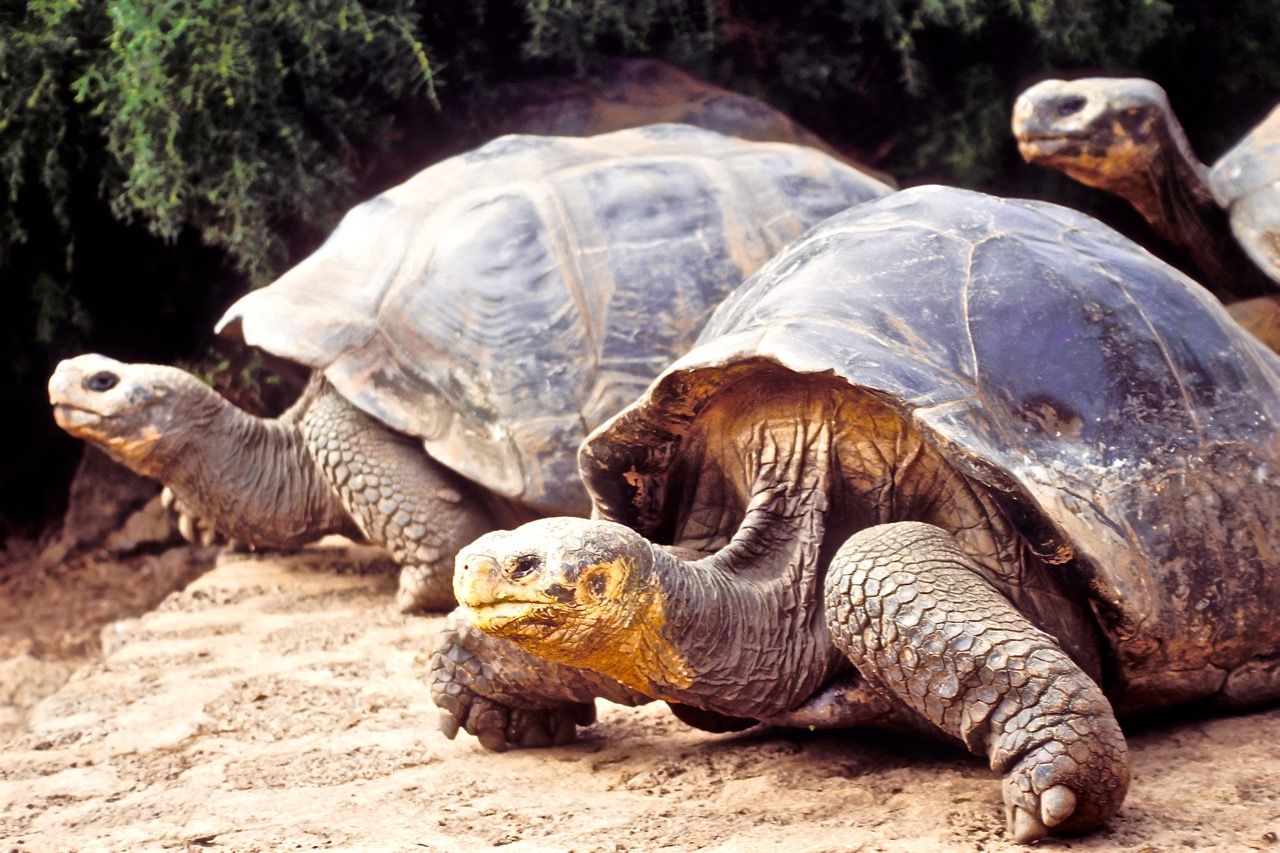 The Galapagos are home to giant tortoises, marine iguanas, Galápagos penguins, albatrosses or blue-footed boobies. Make sure to take a look at our article on eco-friendly tourism in the Galápagos to help you reduce the effects of your visit.

The Bengal tiger is found principally in India with smaller populations in Bangladesh, Nepal, Bhutan, China and Myanmar. Recently, WWF estimated an increase in the number of tigers worldwide: up to 3,890 in 2016 from an estimated 3,200 in 2010. 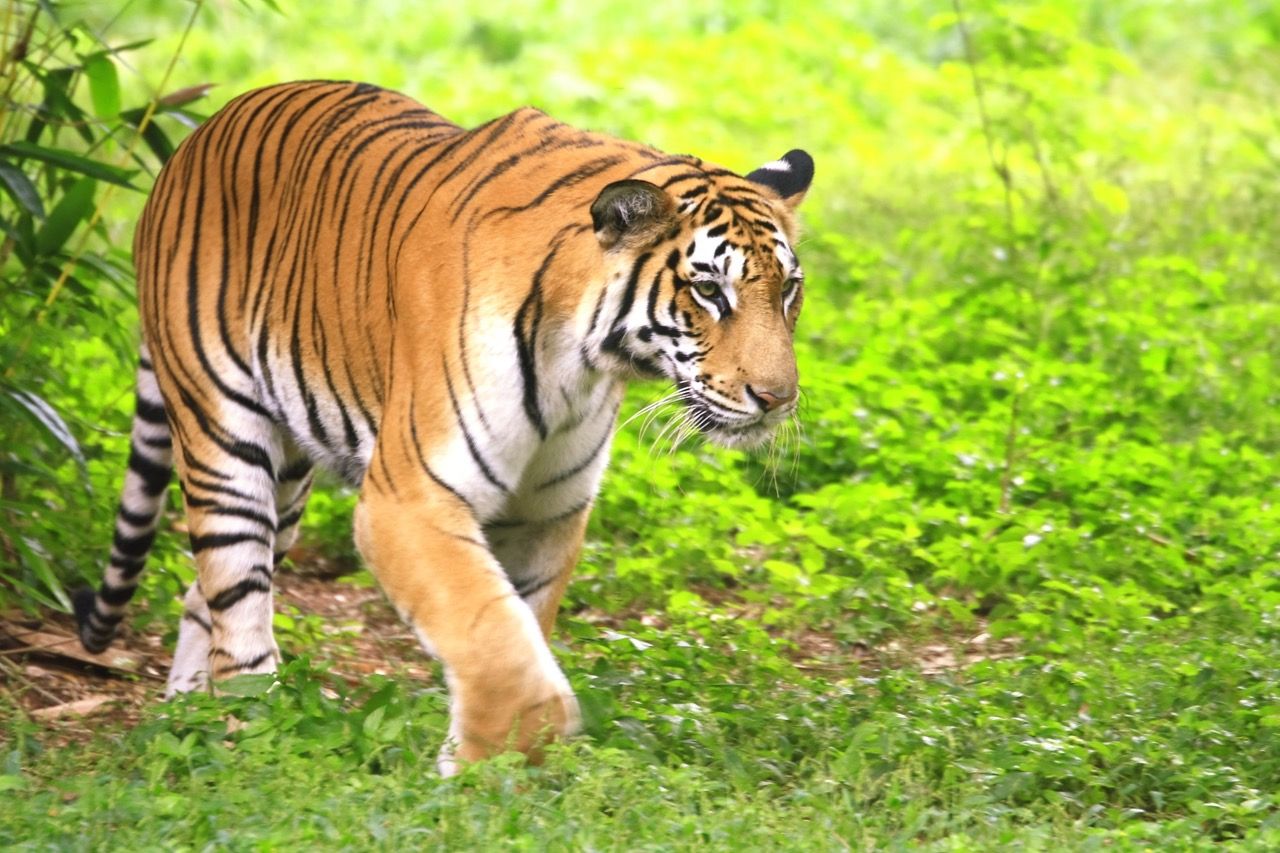 The creation of India’s tiger reserves, such as Ranthambore National Park, in the 1970s and 80s helped to stabilize numbers and support the recent increase. Tigers are elusive creatures, which means the best places to spot them are sites like Ranthambore National Park where the tigers are most used to vehicles. This sort of habituation may seem counter-intuitive but WWF supports it as a way of funding conservation and preventing tourism creep into other areas.

5. Mountain gorillas in Uganda and Rwanda

The global population of gorillas is steadily decreasing. However, the subspecies of mountain gorillas that inhabit the Virunga Mountains – a range of extinct volcanoes that border the Democratic Republic of Congo, Rwanda and Uganda – has seen an increase in overall population in recent years. There are now believed to be at least 880 individuals, up from 620 in 1989. 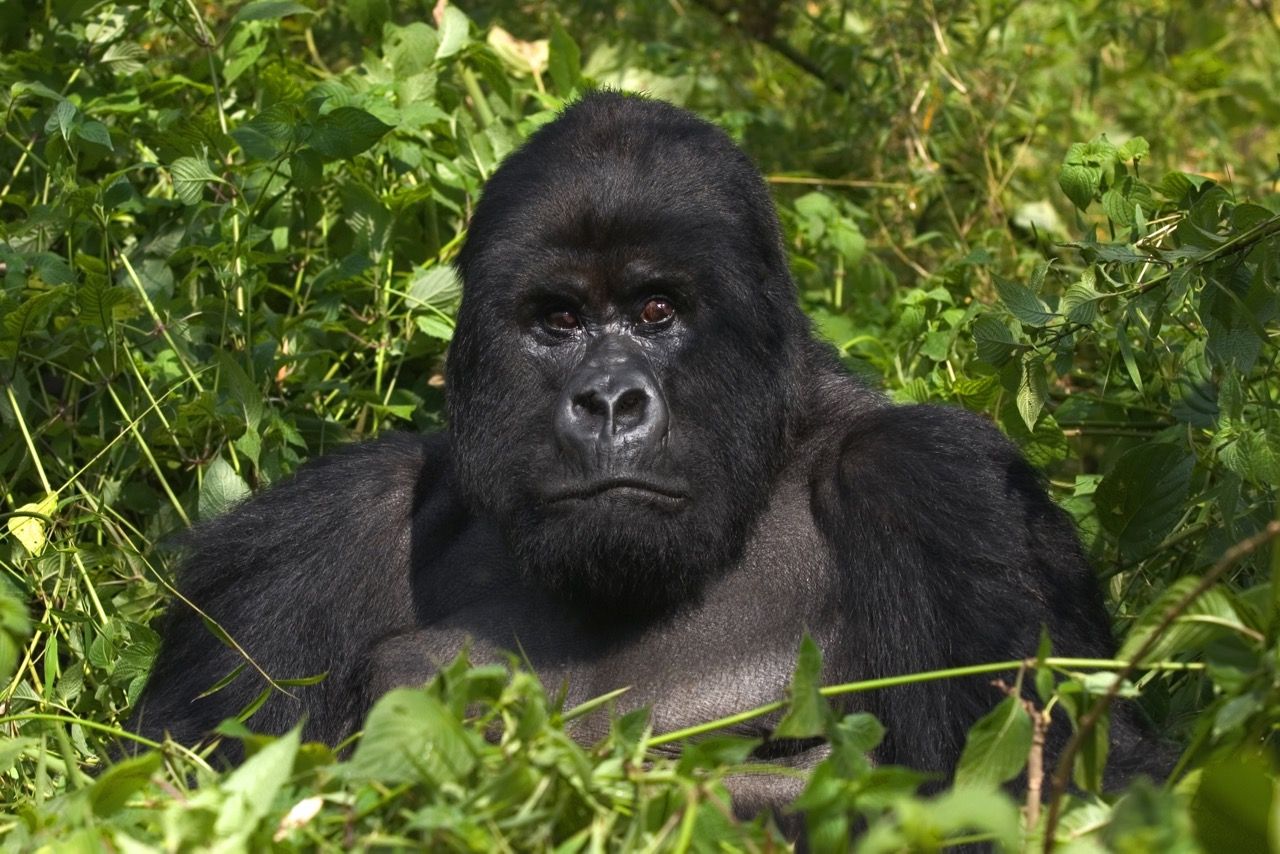 Uganda’s gorillas live in Bwindi Impenetrable National Forest, a shroud of tangled green that covers the country’s southwest mountains, but a gorilla trek in Rwanda’s Volcanoes National Park is a more straightforward affair with easier access and a more developed and sustainable tourist industry.

In 2008, the Sri Lankan leopard was listed as endangered on the IUCN Red List. However, today it has been reclassified as vulnerable, offering some hope for the future. The wild population is roughly estimated at 700-950 as of 2015, with Yala National Park having one of the highest leopard densities in the world. 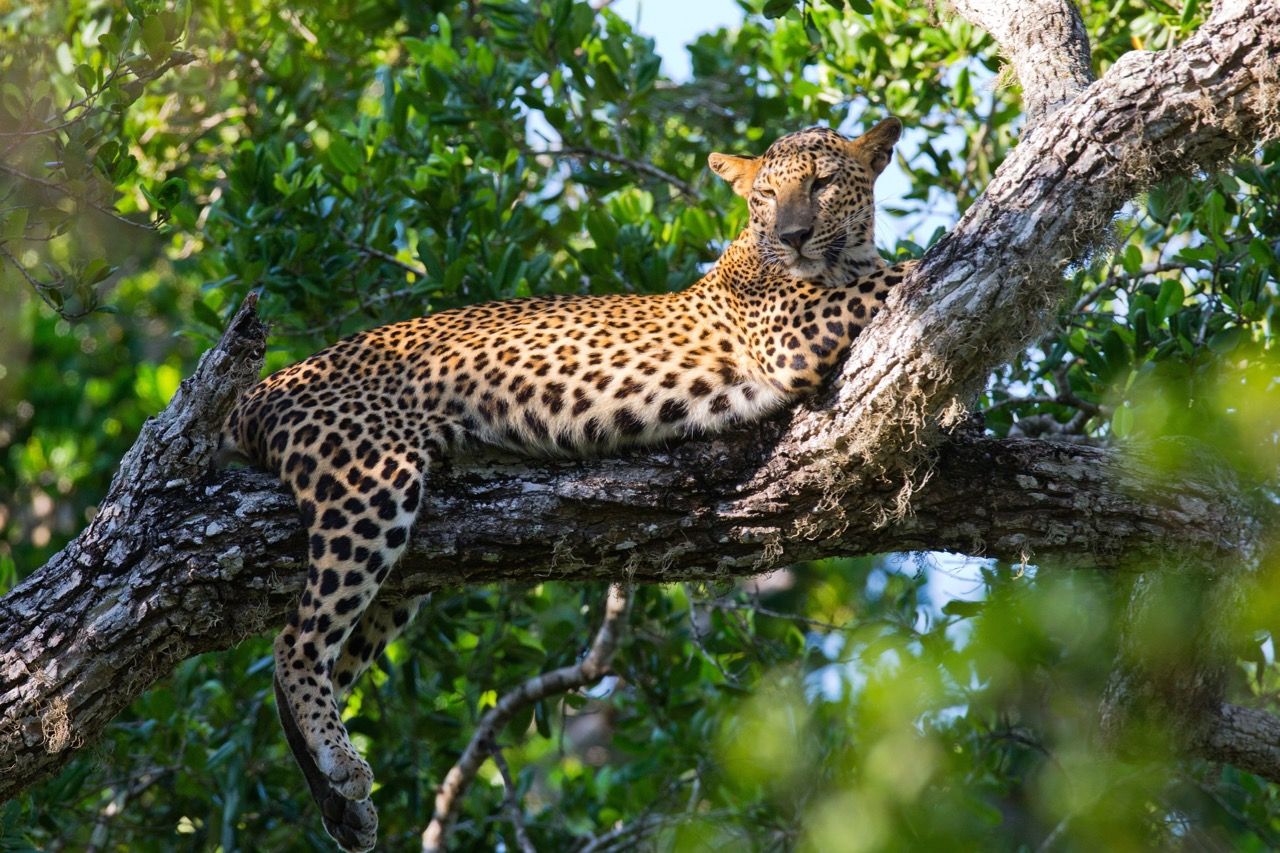 The dry season offers the best chance of spotting leopards as these elusive creatures prefer dry weather and are more likely to be out on the prowl during the months of June to September when rainfall is at its lightest.

Rhinos once roamed throughout Eurasia and Africa, as depicted by early Europeans in cave paintings. Today, very few rhinos survive outside national parks and protected reserves. Two species of rhino in Asia, the Javan and Sumatran, are critically endangered.

The white rhino species in Africa went from the brink of extinction 100 years ago to more than 20,000 today. This is one of wildlife conservation’s greatest success stories. Black rhino numbers have also risen, doubling in number over the past two decades. 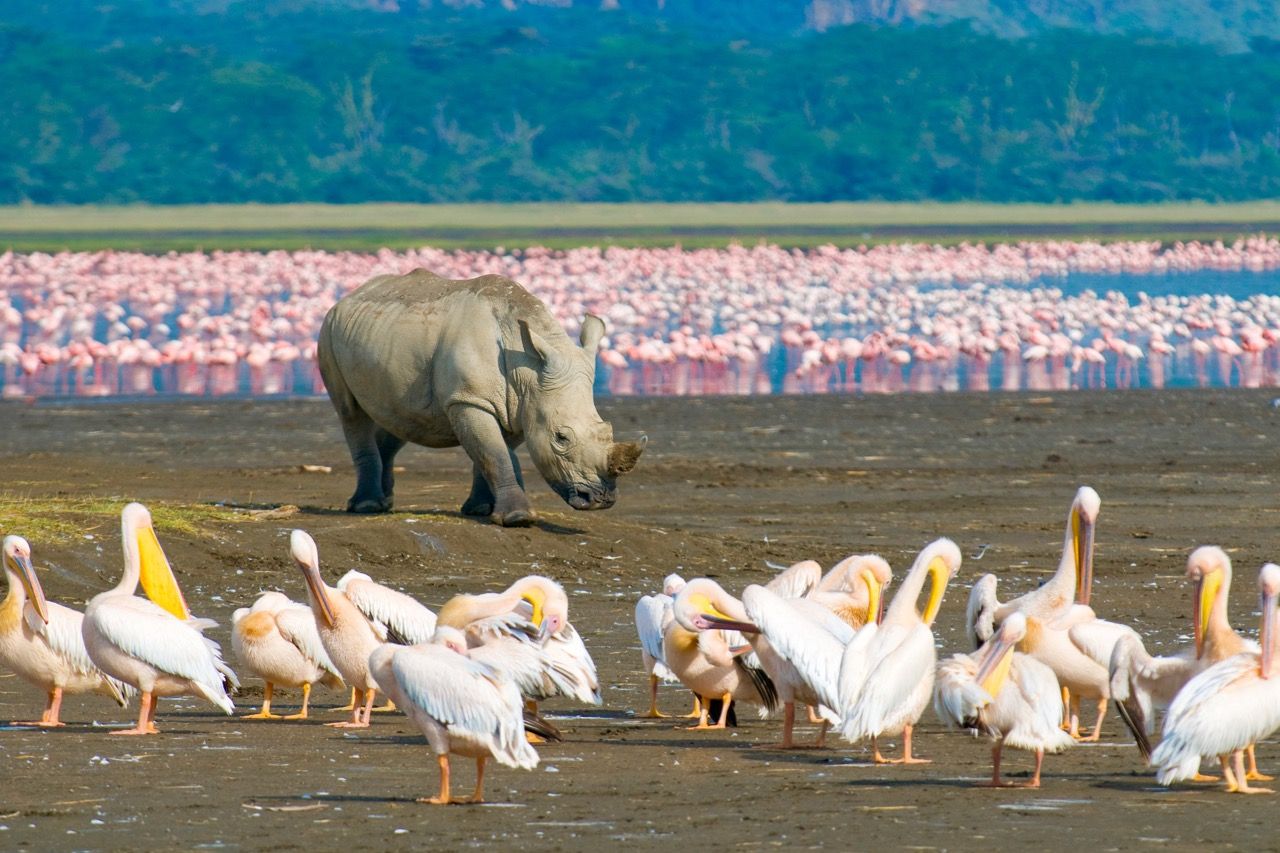 Kenya remains one of the best places to see rhinos, black or white. The not-for-profit 90,000-acre Ol Pejeta Conservancy has the largest population of black rhino in East Africa, while the Lewa Wildlife Conservancy, Borana Ranch and Conservancy and Lake Nakuru National Park all offer excellent opportunities to spot white and black rhinos.

Nearly all species of sea turtle are classified as endangered. They are killed for their eggs, meat, skin and shells, and suffer from poaching and over-exploitation. They also face habitat destruction, destructive fishing. as well as suffering from the impacts of climate change on their nesting sites and mating rituals. 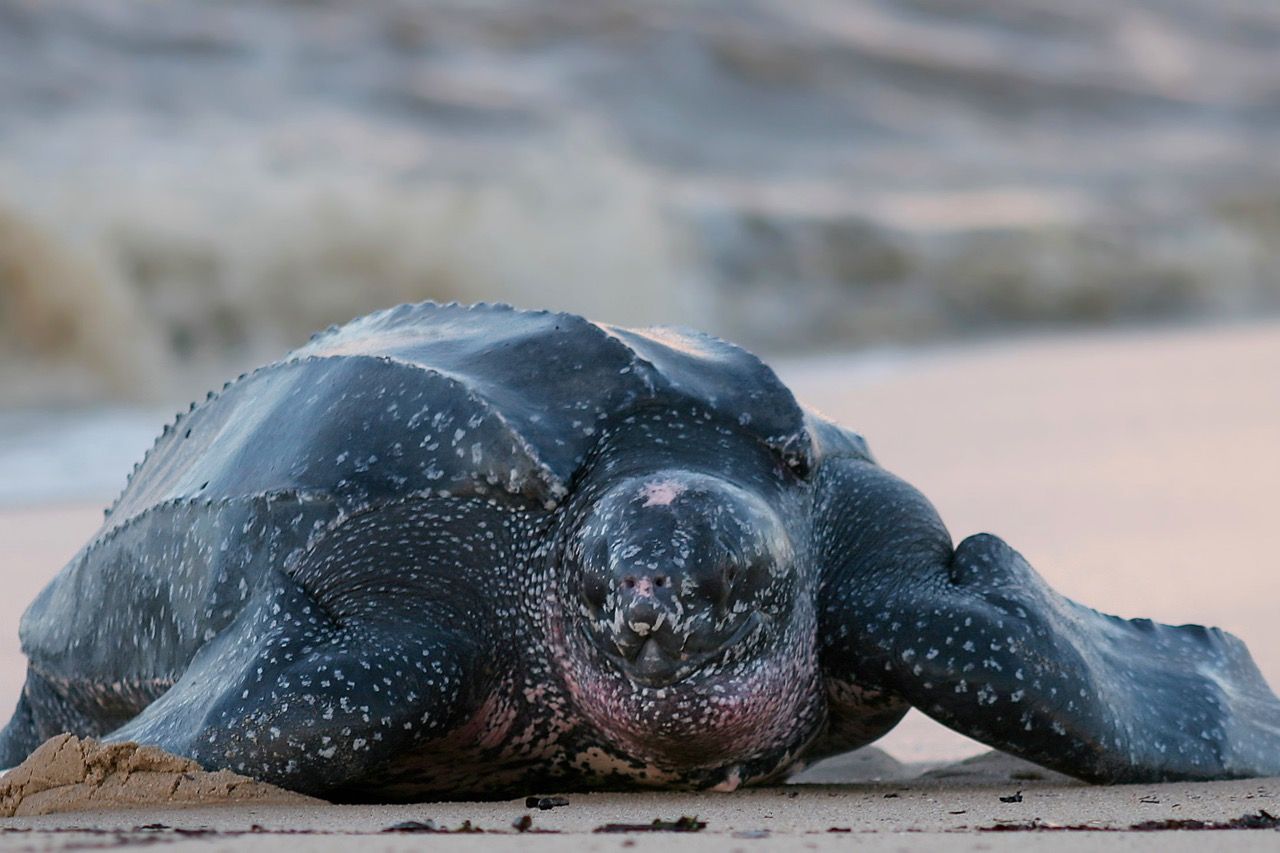 Costa Rica’s coast is home to dozens of important nesting beaches for several turtle species. The Las Tortugas Research Station, Tortuguero National Park and the protected Osa Peninsula are excellent places to observe these magnificent creatures, while supporting their survival.

Despite all the efforts of recent years and the relative lack of natural predators, pandas are still at risk. There are just over 1,800 pandas in the wild – all in China. The Chinese government has created over 50 panda reserves, but despite this only around 61% of the country’s panda population is protected. 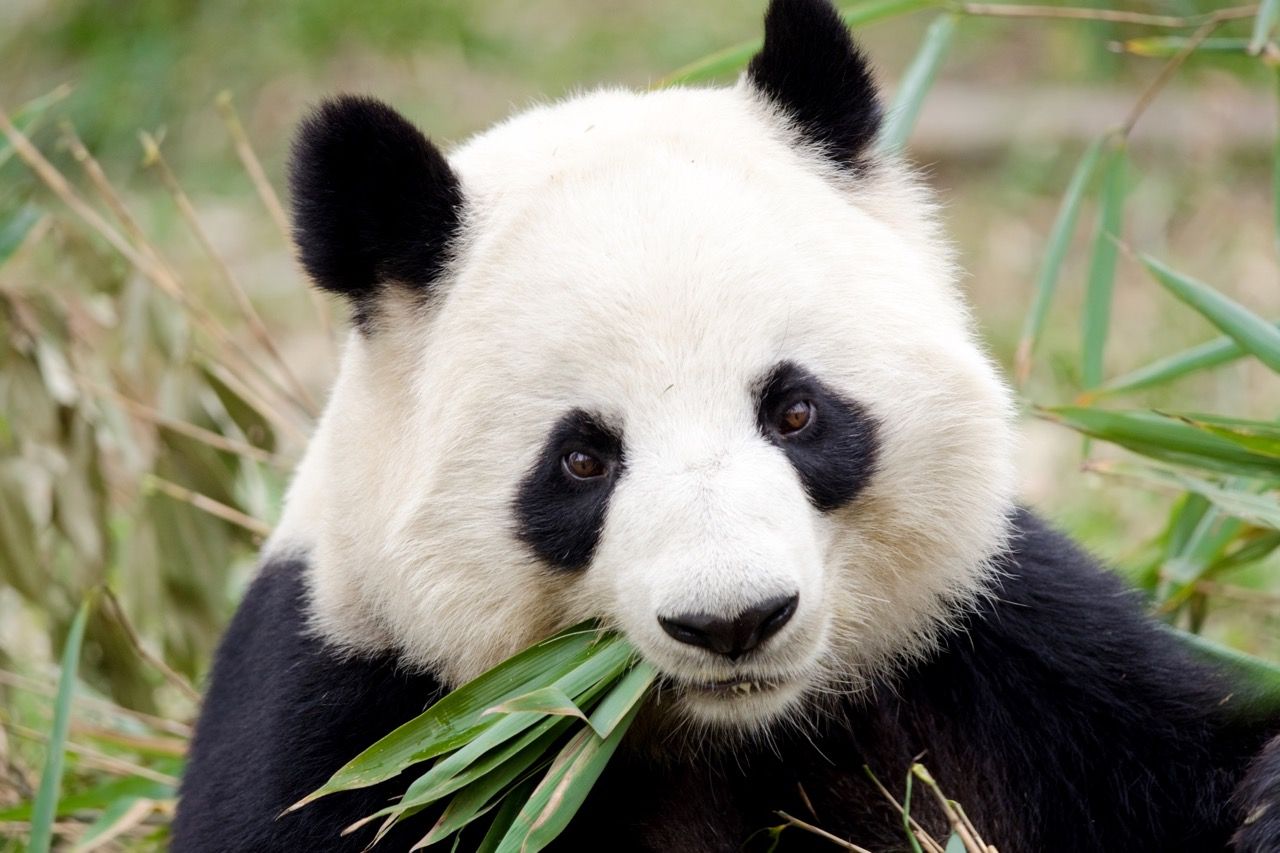 The best places to see giant pandas, while supporting conservation efforts, are the Dujiangyan Panda Base, Bifengxia Giant Panda Base and the Gengda Giant Panda Centre, all in the Wolong Nature Reserve in Sichuan.

There are an estimated 22,000 to 31,000 polar bears worldwide. Due to the loss of sea ice habitat from climate change and other threats such as polar bear-human conflicts, overharvesting and industrial impacts, polar bears are classed as vulnerable with a high estimated risk of future decline due to climate change. 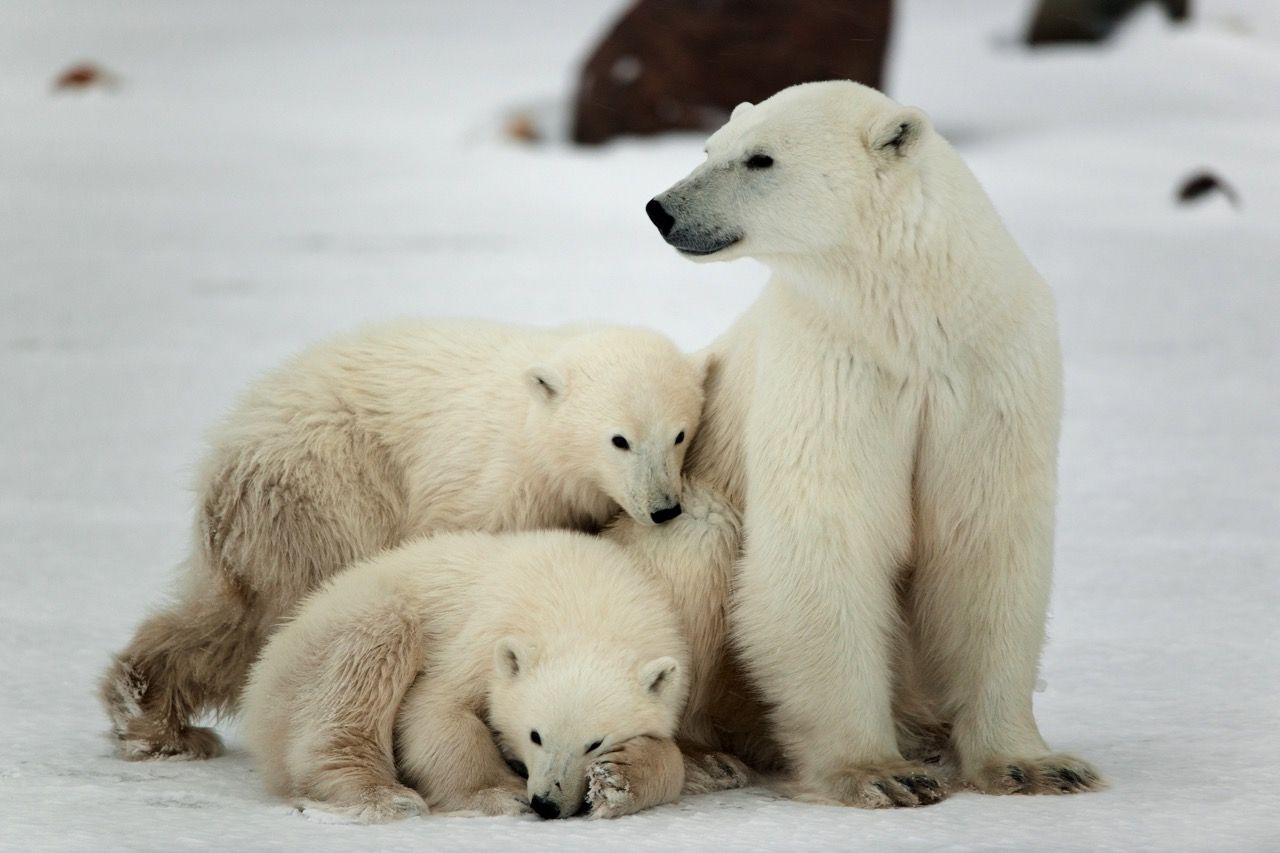 Lemurs are a special group of primates only found on the African island of Madagascar. Out of the 50 different kinds of lemurs, 10 are critically endangered, seven are endangered, and 19 are considered vulnerable. 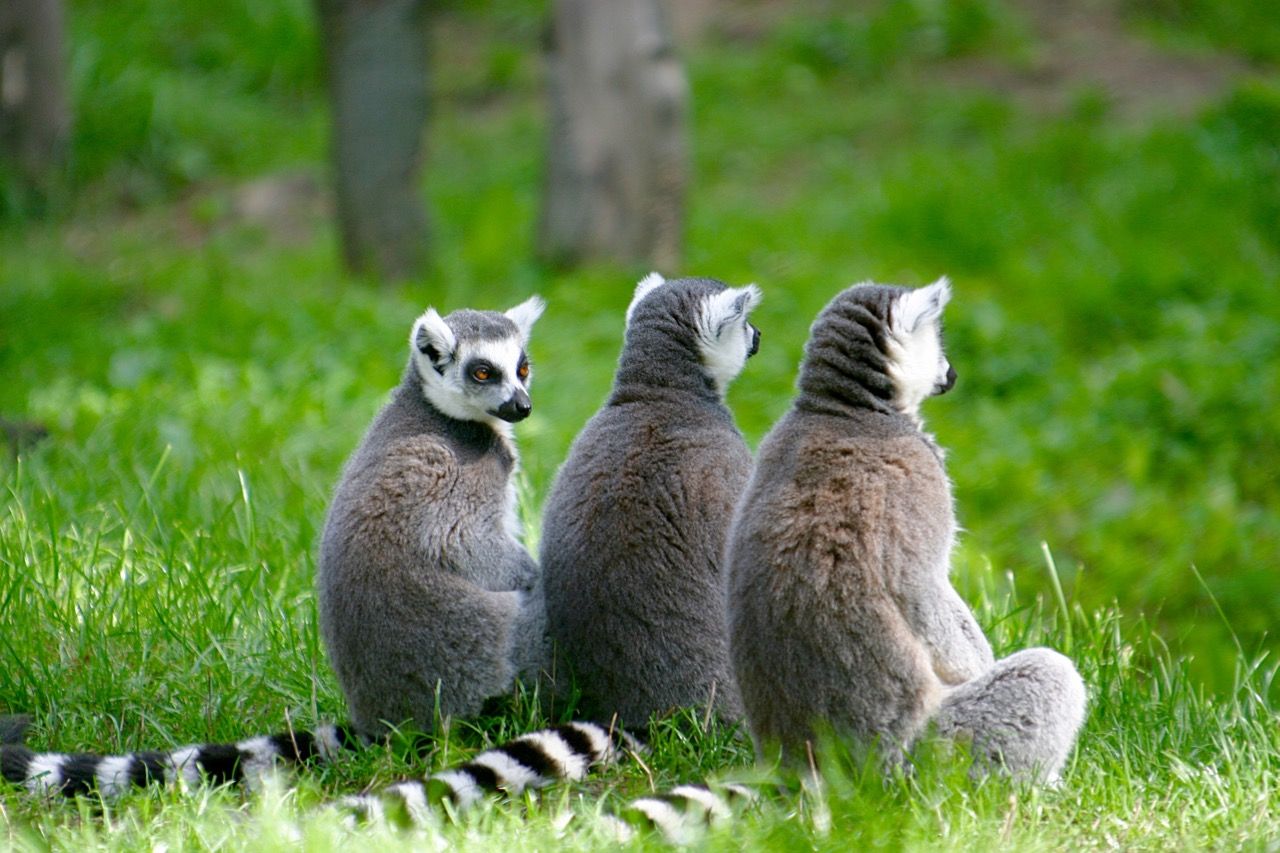 The best places to see lemurs in Madagascar are Parc National Mantadia and Parc National de l’Isalo. Both parks offer excellent protection to their inhabitants, as well as knowledgeable guides, and strong infrastructure for visitors. Part of the park fees help fund community projects.

A version of this article originally appeared on Atlas & Boots and is republished here with permission.

Travel8 Tips for Taking Amazing Wildlife Photos
Tagged
Insider Guides
What did you think of this story?
Meh
Good
Awesome