Having a love of travel doesn’t necessarily mean a person knows how to say “yes” to the world. What they’re saying “yes” to might be a very manicured, pre-packaged, guidebook-approved set of experiences. Travel doesn’t always equal mind-opening, life-altering moments. It doesn’t automatically mean you’re living life to the fullest.

And the opposite is also true — you don’t have to constantly be traveling to say “yes” to the world and its breadth of potential. All you have to do is be open to the wonders present in our lives every day. That’s the true traveler’s mindset, and here are 11 ways to achieve it.

1. Trying something that scares you just a little 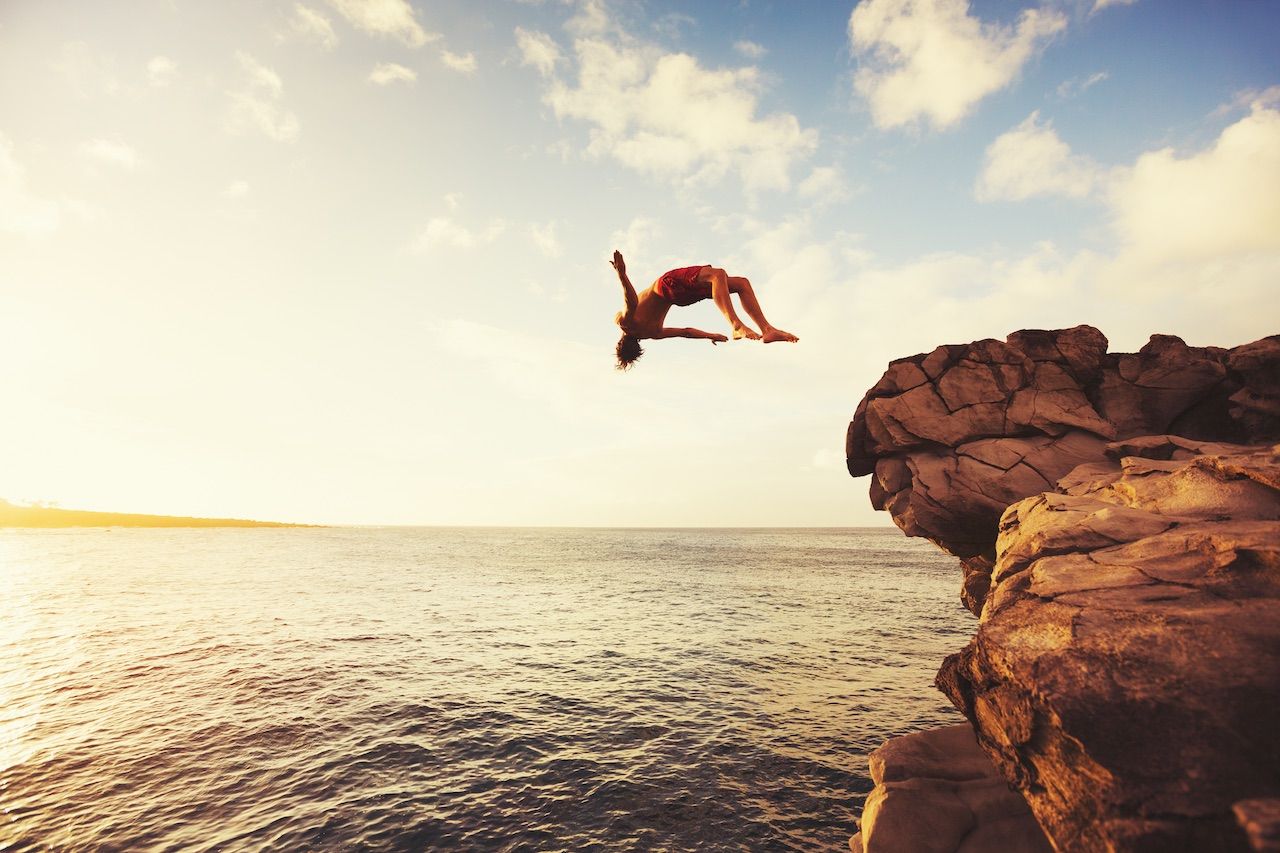 Doing things that align with your interests? Piece of cake. Trying something that’s a little bit scary? Not so much. Whether it’s simply taking piano lessons after years of eye rolling at your dad’s obsession with Myra Hess, or going camping for the first time despite your crippling fear of spiders, stepping out of familiarity wakes you to new possibilities.

It’s like when you were 12 and you realized the only reason you didn’t like broccoli was because you’d actually never tried it. So melt some cheese on those florets of life and start putting yourself out there. You might be surprised at the things you discover you love, the things you’re good at, and the things that really aren’t that frightening.

2. Making a bucket list of skills — rather than places or things 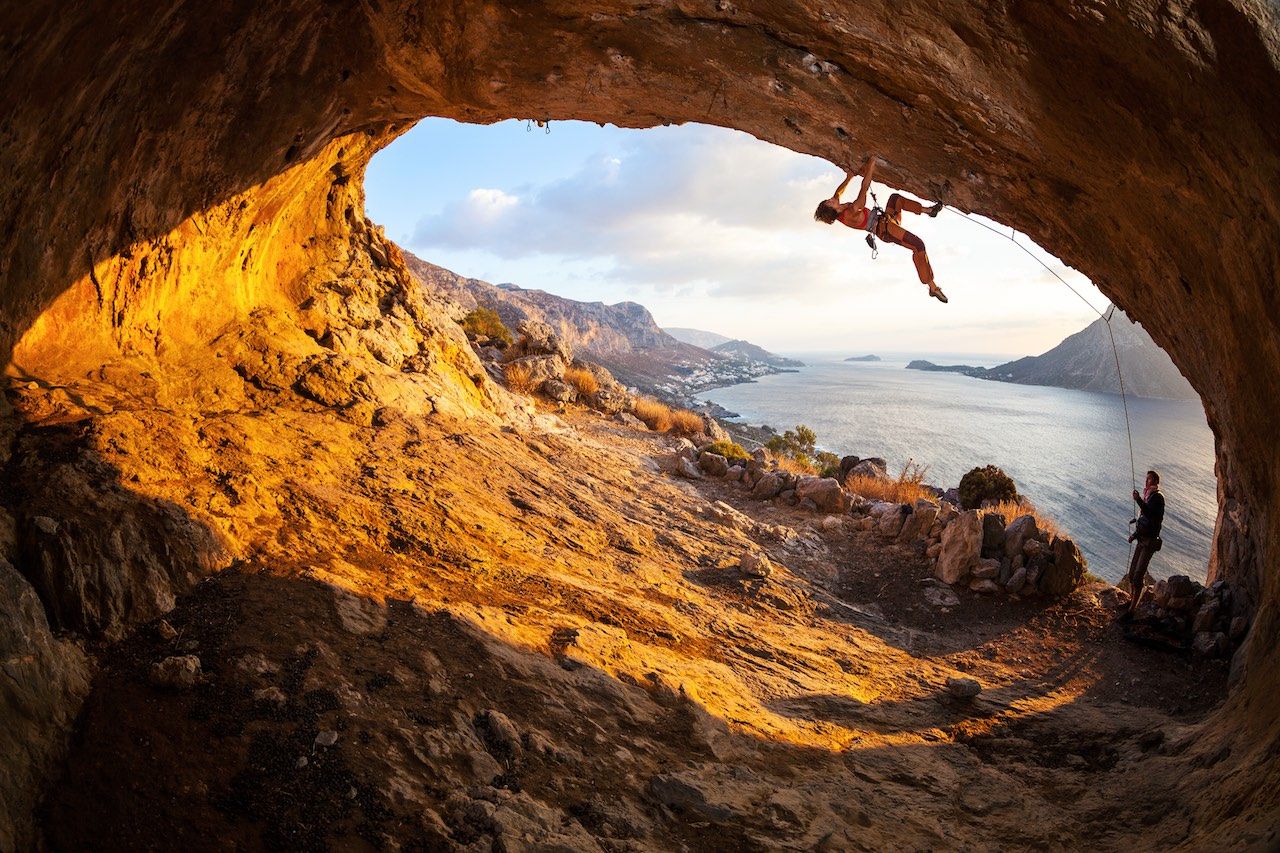 Hiking to Machu Picchu, getting lost in Venice, visiting all the filming spots for Game of Thrones — whatever it is you’re into, try taking a break from obsessing over the places you want to see and think more about the self you want to be.

You’d spend $2k on a trip to Italy, but would you spend $2k on yourself? Think about that. Start making a new bucket list centered around skills. Juggling? Concocting homemade barbecue sauce? Driving a stick shift? Hone in on a new-and-improved self so you can level up in life — or at least at the next party, when you try out that pickup line in Klingon.

3. Finding a penpal across the globe 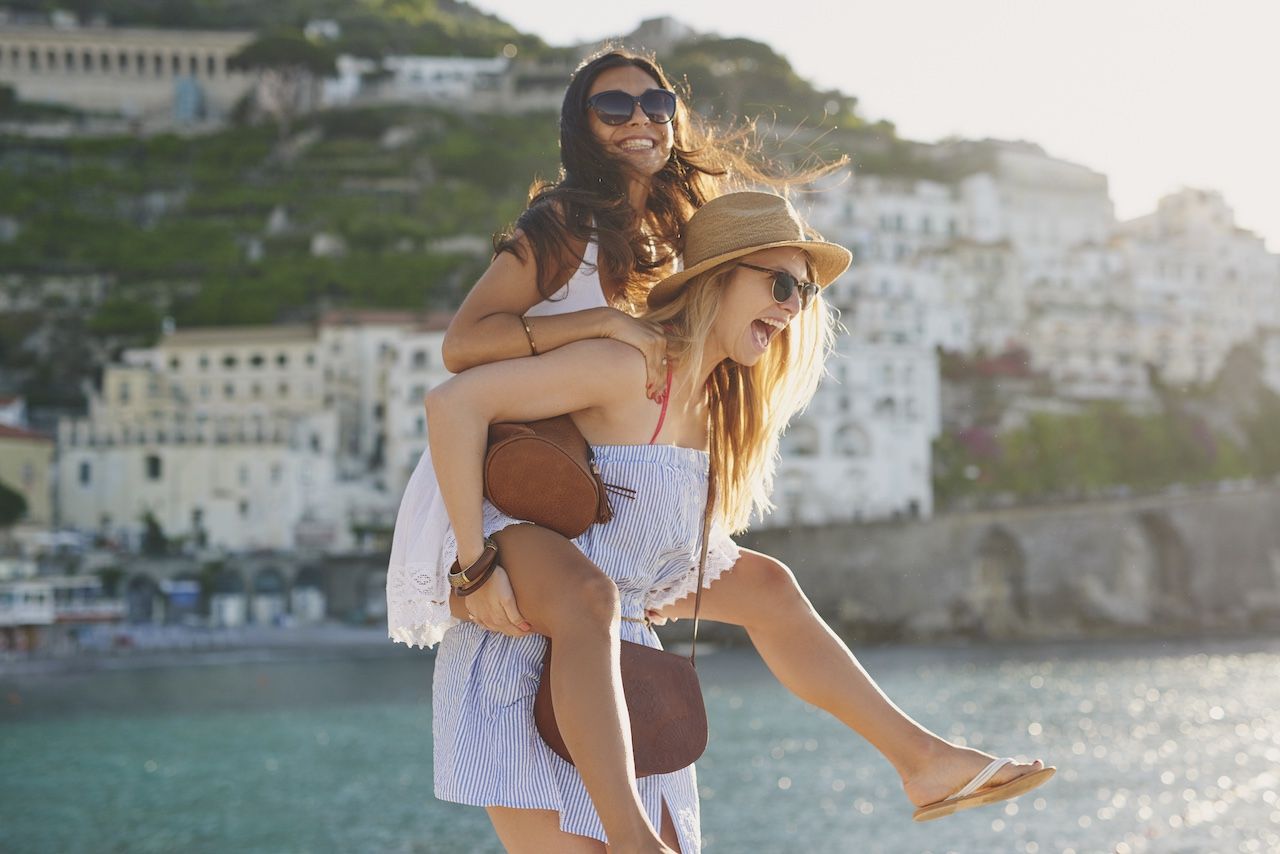 Hint: Google “penpal,” and at least 27 (million) options will pop up to get you started. 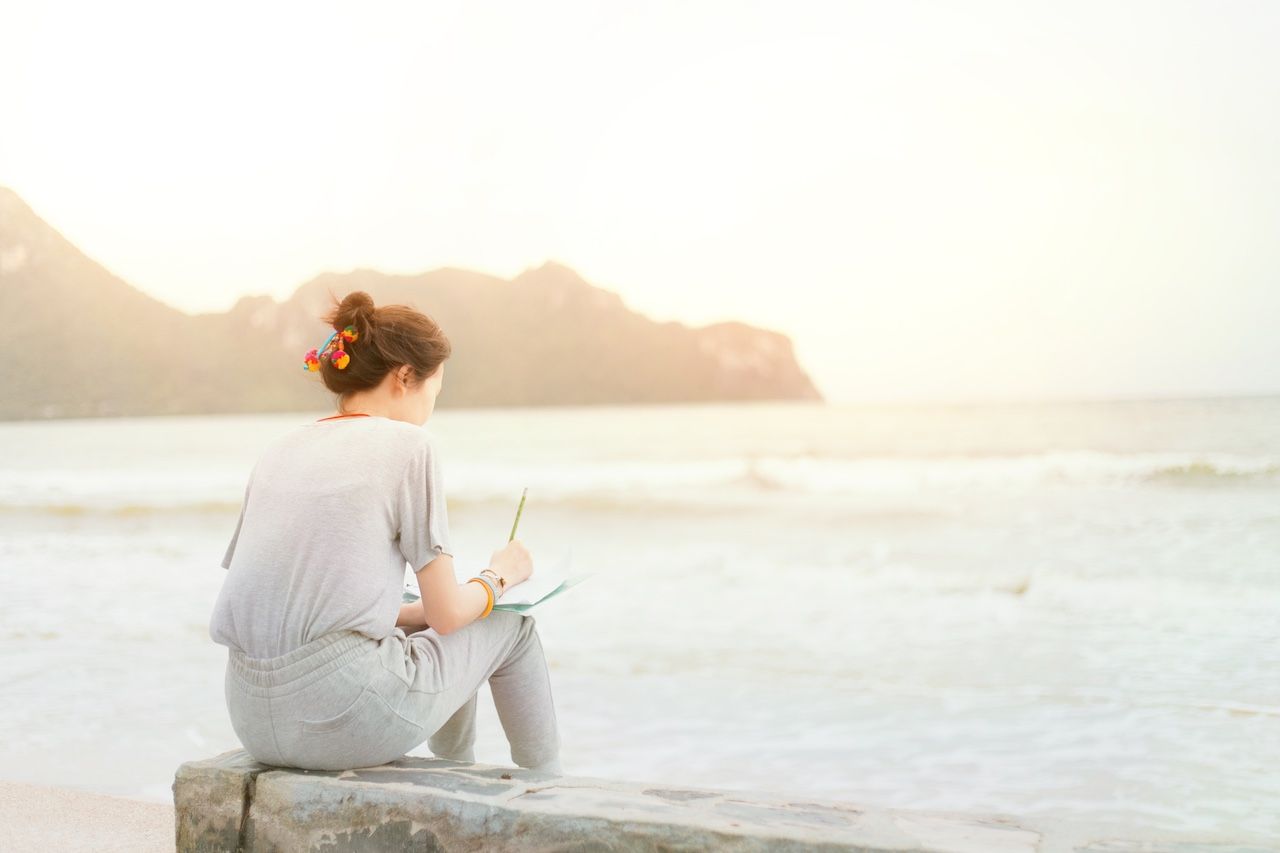 Whether it’s washing your feet first rather than your hair in the shower, or waking up an extra 15 minutes early to do some journaling, switching up familiar habits and breaking old routines makes it that much easier to jump in with the flow of the world. Look how many ways you could be living other than the way you’re living now!

5. Learning something new about the world 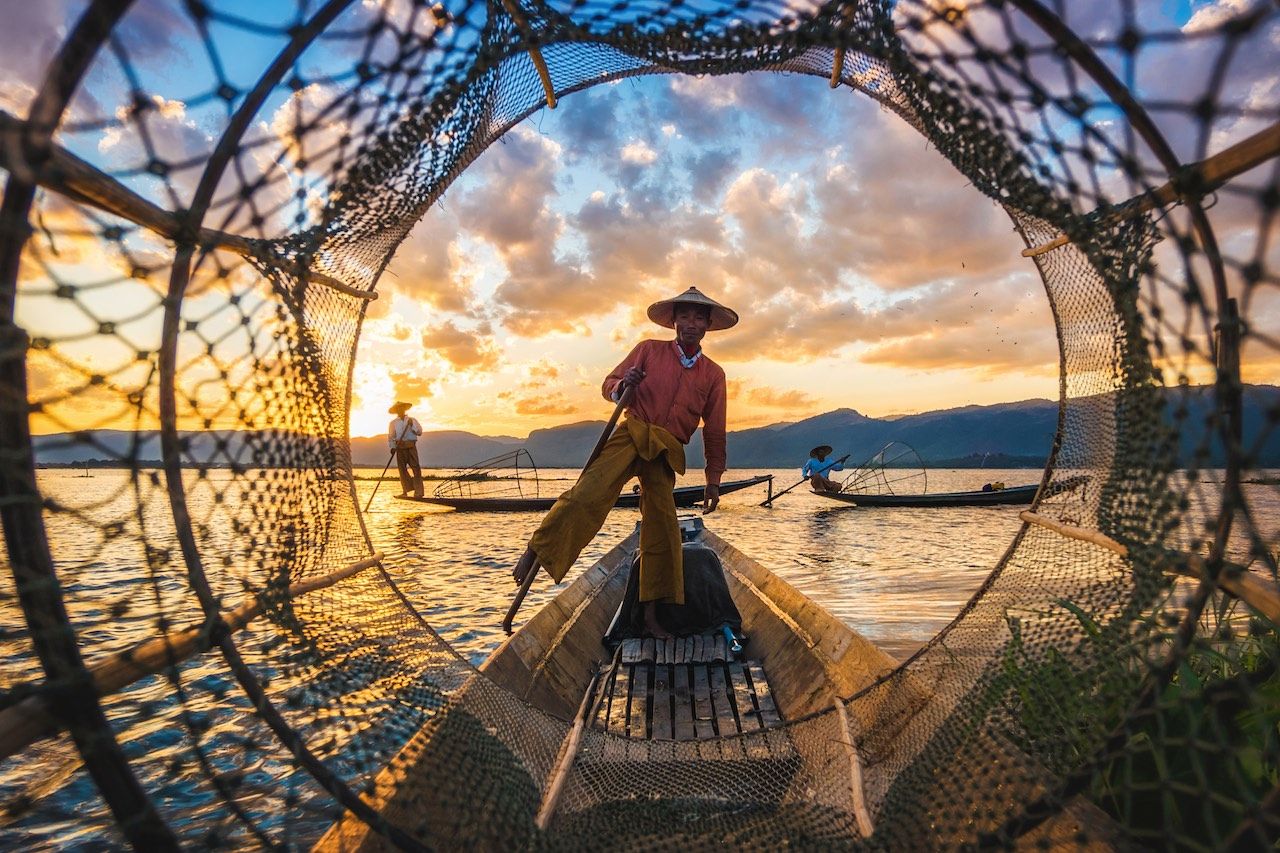 You can’t always say “yes” to the world in the physical sense of traveling to a new place. Instead, be a global citizen by traveling mentally and researching different cultures, geography, history, and traditions from around the globe.

Study the language of Twi, read up on the underground opal capital of the world (spoiler: It’s in Australia), or learn how to spell the Welsh town Llanfairpwllgwyngyll. The world is a bottomless drawer of information, so start digging.

6. Making a list of appealing things that are “too crazy to do”… 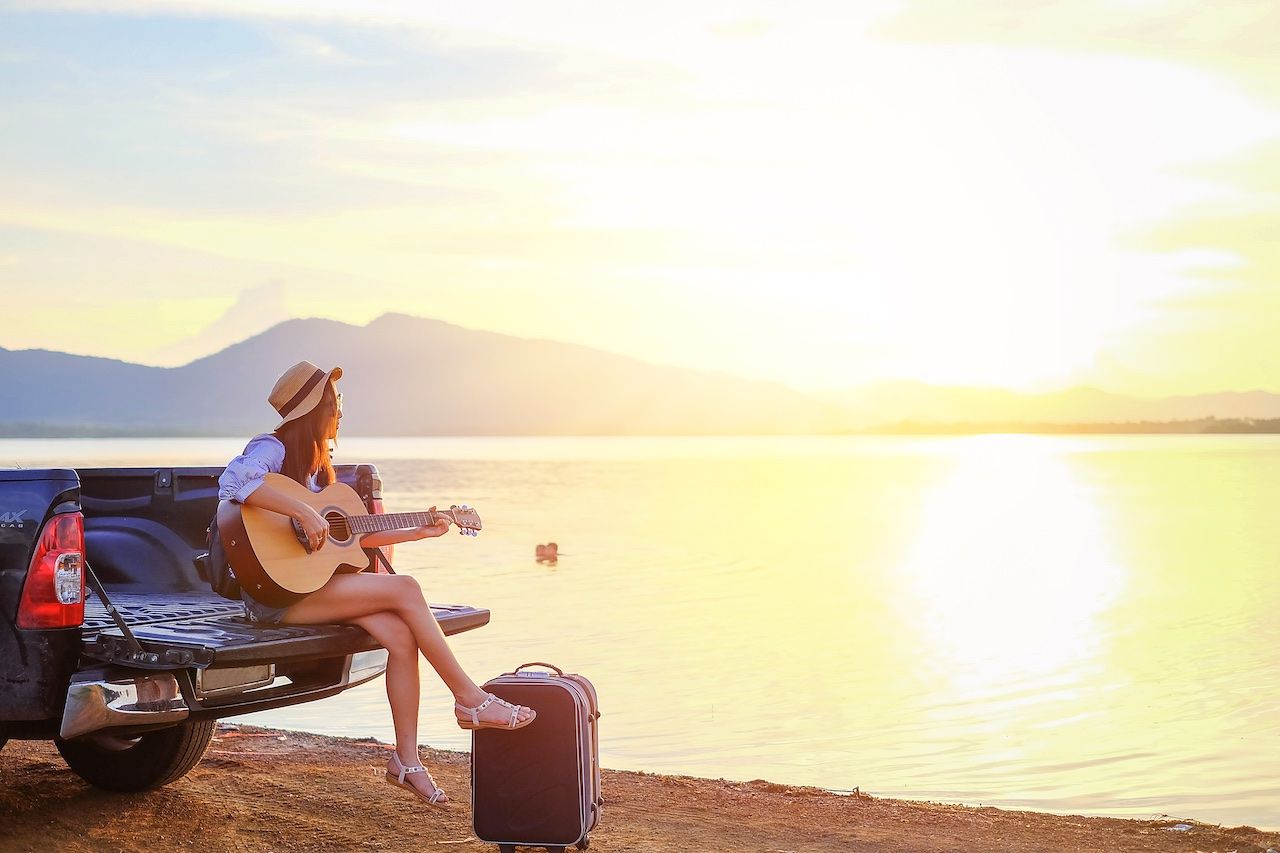 The world is constantly telling us who to be and how to be. You know — get that good, steady job. Dress like your friends. Eat keto. Post selfies of yourself looking happy on Facebook. There’s a supposed winning formula to life, and it can be hard to stray from.

But what if all those voices were gone? What would you do? Would you wear overalls five days a week? Move to Norway? Start a pasta company? Give out free hugs on the street? Make a list of things that appeal to you but just don’t seem logical or feasible to pursue. It’s really a list of what could make you happy.

7. …and then picking one and doing it 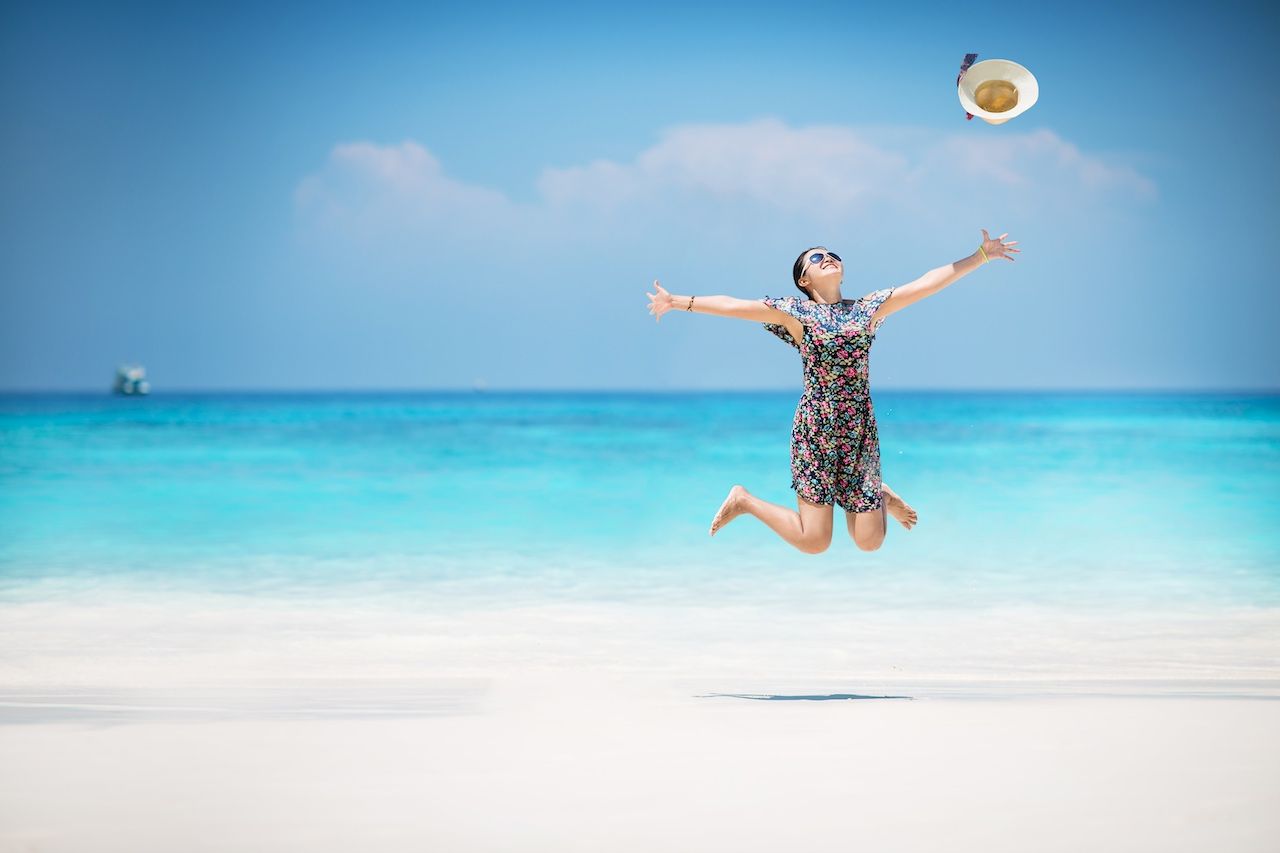 Because the majority of the things on your list are things someone else out there is doing right now. And if they can get away with it, so can you. 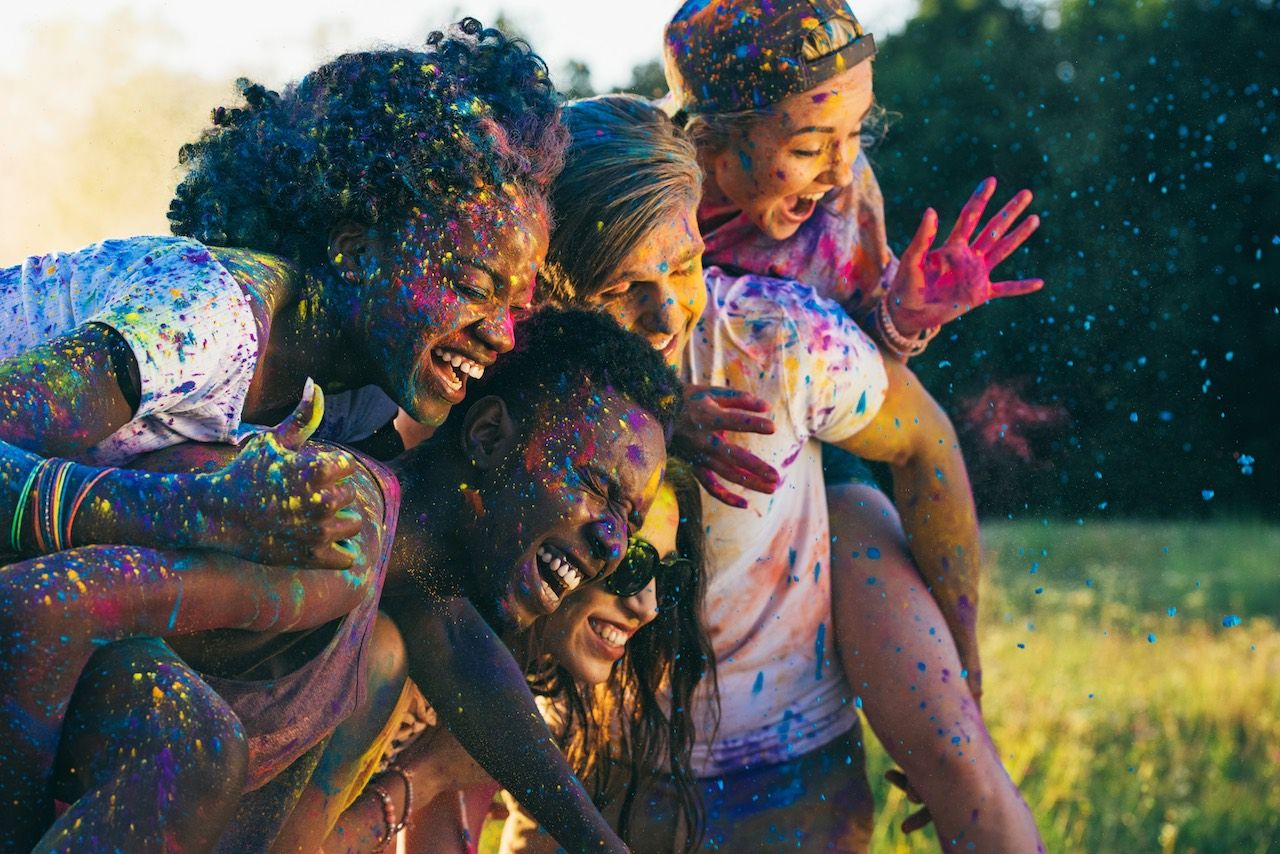 When things get hectic — how many colors can you fit on a Google calendar, anyway? — or you start to feel your own kind of mental chaos building up, don’t shut down with Netflix and a bag of Cheetos (okay, maybe just for a couple hours). Jump right in and learn to ride the crazy wave of life. Or, as Sheryl Sandberg would say, “lean in.”

With this one, there’s no real how. It’s more a matter of accepting that chaos can be good. Look at all the things you have going on! Change your narrative, say “yes,” and all of a sudden you’re playing a new game.

9. …but also going on the occasional “time detox” 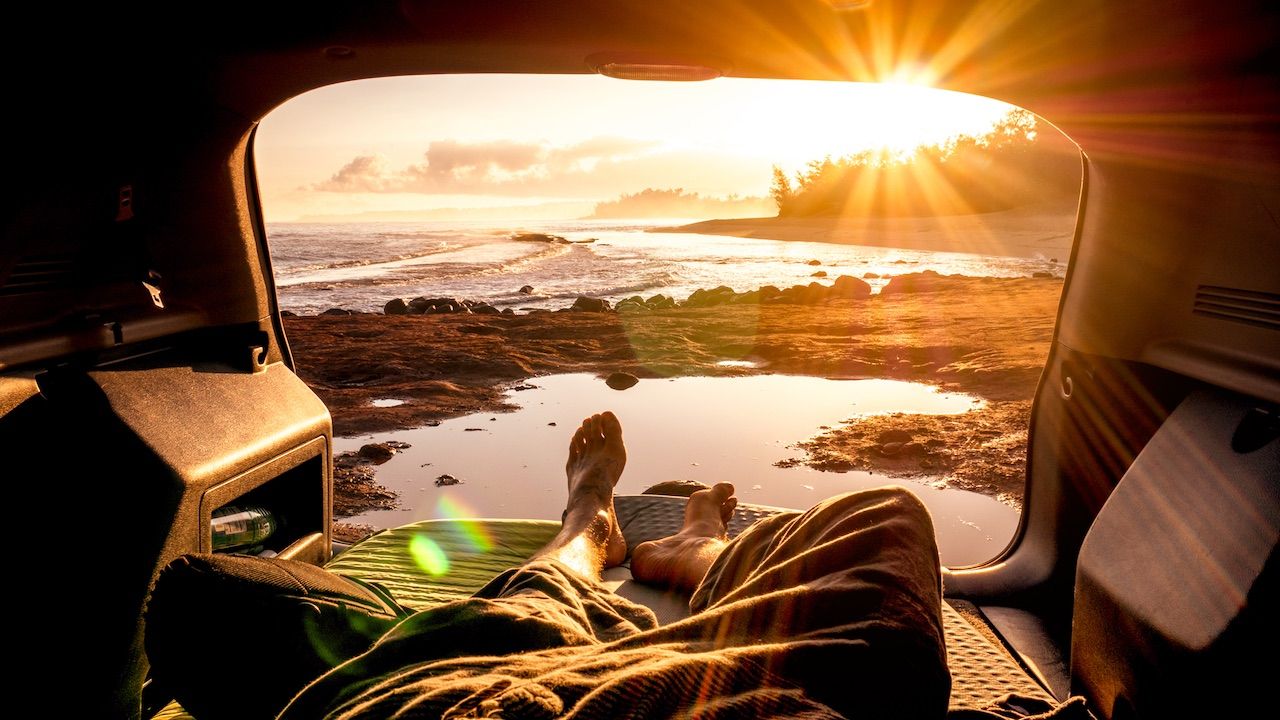 Put your phone and watch out of sight. Right now, if you can. For 15 minutes. Just 15 minutes. Yep, that means not reading the rest of this article. You can come back to everything later.

By not letting yourself feel constrained by time or to-dos or schedules, you flip the switch. Now you’re in flexible mode. Allow yourself to open up to the world and the natural passage of time (as opposed to the minutes inscribed on all those screens in your life), those “go with the flow” vibes start coming a whole lot easier. You might realize the value in spending your time differently — and just how chained to the clock you really were. 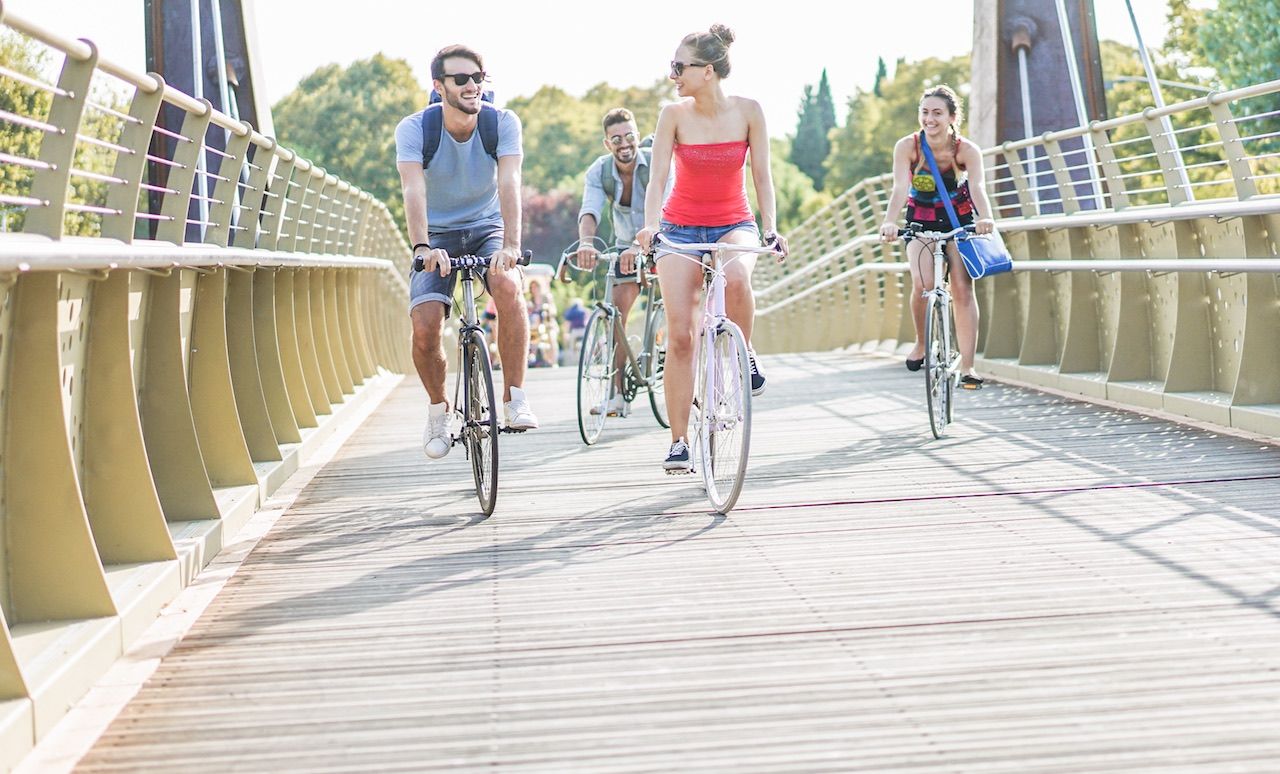 Talking to strangers on your morning subway commute to work. Chatting up the barista who makes your afternoon pick-me-up. Making a silly comment on the weather in line at the grocery store — these all seem like platitudes, but studies show that when we engage with other humans (even in insignificant moments like these), we become happier. We feel more alive when we engage with the world.

And, in case you’re hesitant, most people report that they want to be engaged as well. You’re not bothering those around you — you’re sprucing up a moment in their lives (as well as your own).

11. Abandoning the wait for the “perfect moment” 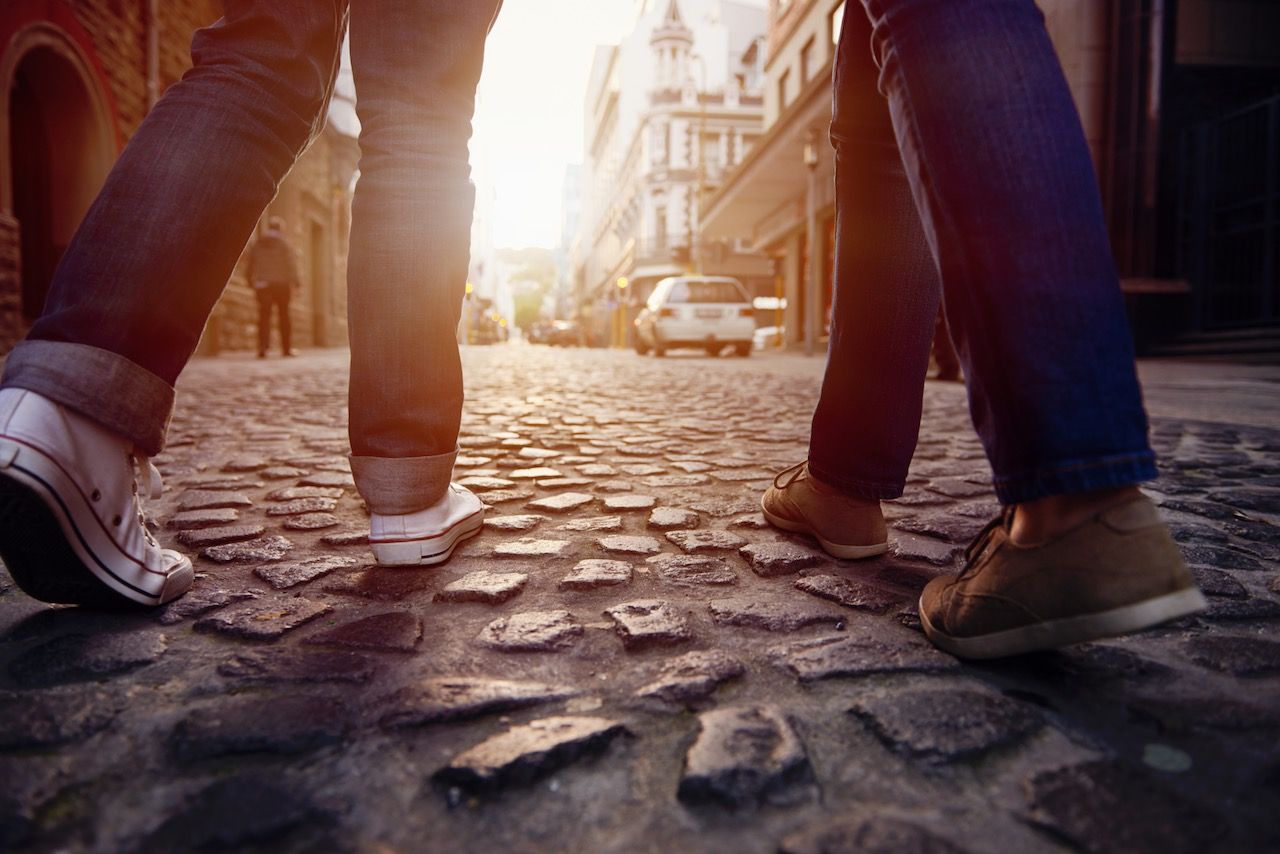 While having a plan before diving into something can be helpful, sometimes we find ourselves waiting around for the perfect moment to present itself before we take the leap. Next thing you know, it’s been 15 years and you still haven’t learned how to make your great aunt’s legendary fig jam or worked up the nerve to go bungee jumping. That’s when the thoughts of, “Oh, well, now it’s too late” start creeping in. But if a 106-year-old great-great-grandfather just broke the world record for the oldest person to go ziplining (he did), then what’s really your excuse?

Stop waiting and start doing. The world is waiting for you. All you have to do? Say “yes.”

This post is proudly produced in partnership with Lufthansa.
Tagged
Lifestyle Insider Guides Lufthansa: Say Yes to the World
What did you think of this story?
Meh
Good
Awesome
✖
travelstoke
Download the mobile app
stoked by