Japanese food has skyrocketed in popularity around the world, but discovering why it earned its status as a UNESCO Intangible Cultural Property necessitates a trip to the country itself…not that you needed much convincing.

Your tasting adventure begins the moment you step aboard your flight with All Nippon Airways, Japan’s premium airline, consistently awarded a five-star rating for its combination of omotenashi (traditional Japanese hospitality) and cuisine. Once on the plane, take a moment to relax before turning to important business: namely, planning your next meal — or 12. Here are a few suggestions for a culinary journey through Japan that showcases the best of this gourmet destination. 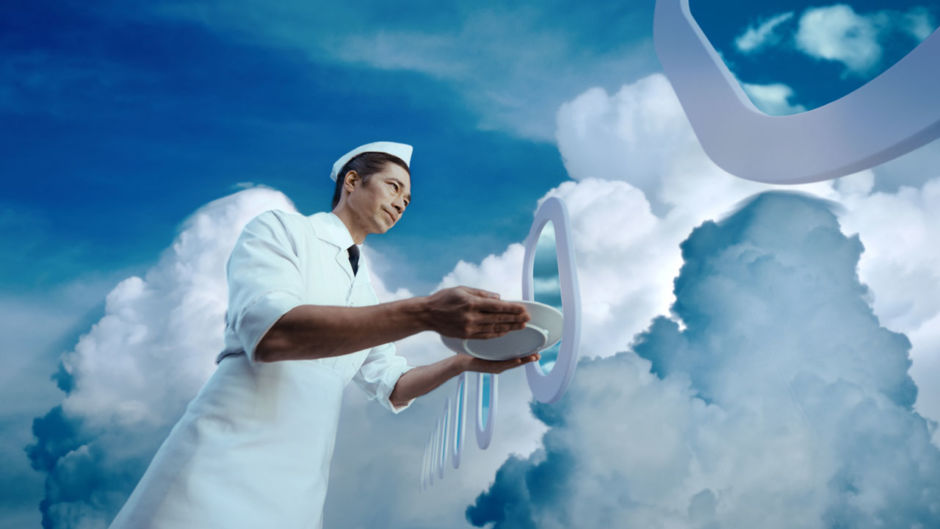 Where: At 30,000 feet on your All Nippon Airways flight to Japan
Explore: ANA Business Class meals and drinks

Your first taste of the sheer diversity of Japanese cuisine comes via All Nippon Airways’ in-flight menu. The airline works with 18 Japanese and international chefs and specialists, aka The Connoisseurs, to select the finest ingredients and craft a wide range of dishes for Business Class passengers and beyond — one of many reasons to nab a premium fare.

Try a menu by Toru Okuda, chef-owner of internationally renowned Ginza Okuda, which includes a selection of fresh sashimi, lightly simmered beef, and sesame-salt grilled fish, alongside seasonal vegetables. It’s also best to start your holiday with purposeful intention: Pair the courses with some premium sake, sit back, and relish. Your culinary adventure starts here. 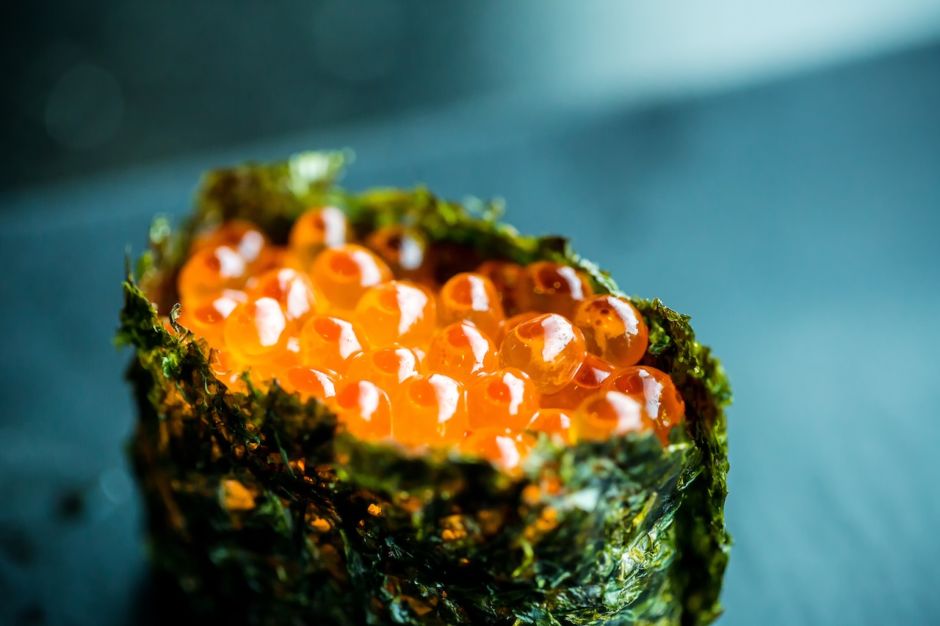 Where: Tokyo
Explore: Flights to Tokyo

Sushi in Japan can be a life-altering experience — or at the very least, the defining moment of your trip. The capital, of course, has no shortage of top stops. If you like to be ahead of the trend, get yourself a reservation at Sushi Kinoshita, opened in June 2018. It’s the first solo venture by Chef Junichi Sato, who’s spent two decades perfecting his skills.

Finding the place is the main challenge — it’s hidden in an unremarkable apartment building. Ring the doorbell and step into the elevator as if you were visiting someone’s home. Then watch as the doors open onto a beautifully bright cypress wood interior and an eight-seat counter. If there’s space, grab a spot to observe the chefs as they prepare delicate nigiri with just the right balance of fish to rice, melding flavors and textures in perfect harmony. It’s safe to expect seasonal offerings as well as exquisite tuna. 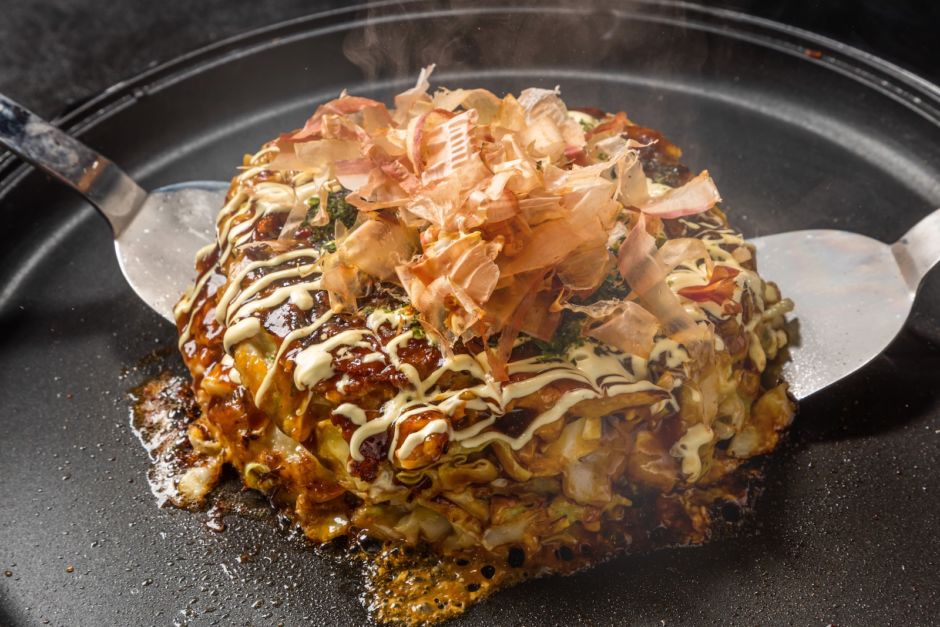 Where: Osaka
Explore: Flights to Osaka

Okonomiyaki is a messy-but-tasty savory pancake made from flour, yamaimo, eggs, and cabbage, usually with various hefty toppings, like pork. It’s a far cry from the delicate works of art presented as high-end Japanese cuisine, yet it’s absolutely indispensable on a trip to Osaka.

Kiji, a tiny joint tucked away under the railway arches in the busy Umeda district, is so narrow you might literally be rubbing shoulders with businesspeople grabbing their lunch, but the preparation takes a dish that began as humble street food to another level. One particularly good combo is shrimp and potato — fusing European sensibilities, the potatoes are brushed in butter, sprinkled with black pepper as they’re fried, and topped with ketchup as opposed to the typical Worcestershire sauce. Go early or expect to wait in line. 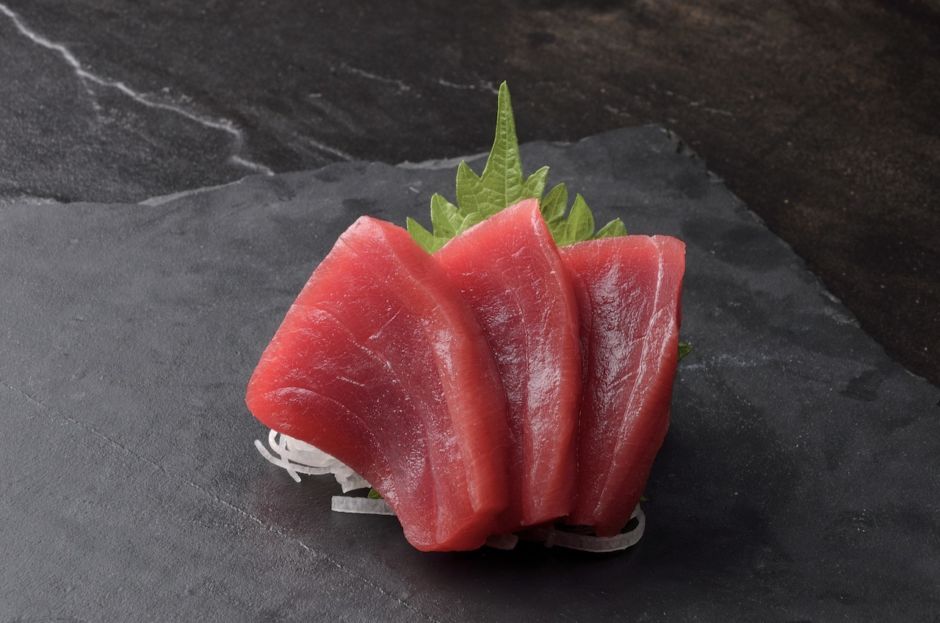 Hiroshima is also known for its okonomiyaki, but for something different — and for one of the best dining experiences in town — head to Nikai no Onegiya Sasaki. The management refuses radio and TV coverage, claiming they’ve yet to reach their own standard of delicious food and good service, yet most diners would beg to differ.

Try to grab a counter seat where you can watch the staff at work and admire the selection of seasonal vegetables on display. Without a doubt, the sashimi is the star — each item is arranged on its own beautiful iced platter like fine artwork. The meal wouldn’t be complete, however, without some local Hiroshima sake to match the flavors of the fish. 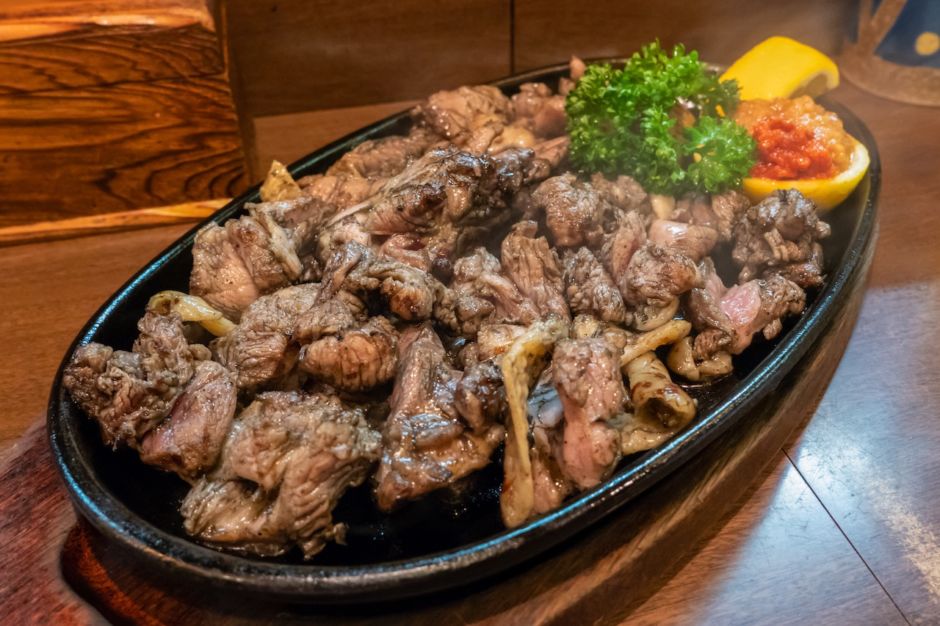 In an area famed for chicken cuisine, Torimasa is a modern izakaya (Japanese-style pub) that serves headline-making yakitori, or grilled chicken skewers. They pride themselves on having almost every part of chicken imaginable on offer and assure diners of the quality — the chicken is sourced from a local producer that raises the birds free-range on a natural feed mix developed 50 years ago.

Of course, Torimasa also offers two Miyazaki classics: charcoal-grilled chicken, succulent and smoky; and chicken nanban, fried chicken served with a thick tartar sauce that balances creaminess with tanginess in just the right way. Locals would likely consider it a sin not to pair the experience with some shochu, the regional liquor of choice, distilled from sweet potatoes, rice, or barley. Try it straight or mix it with water or soda. 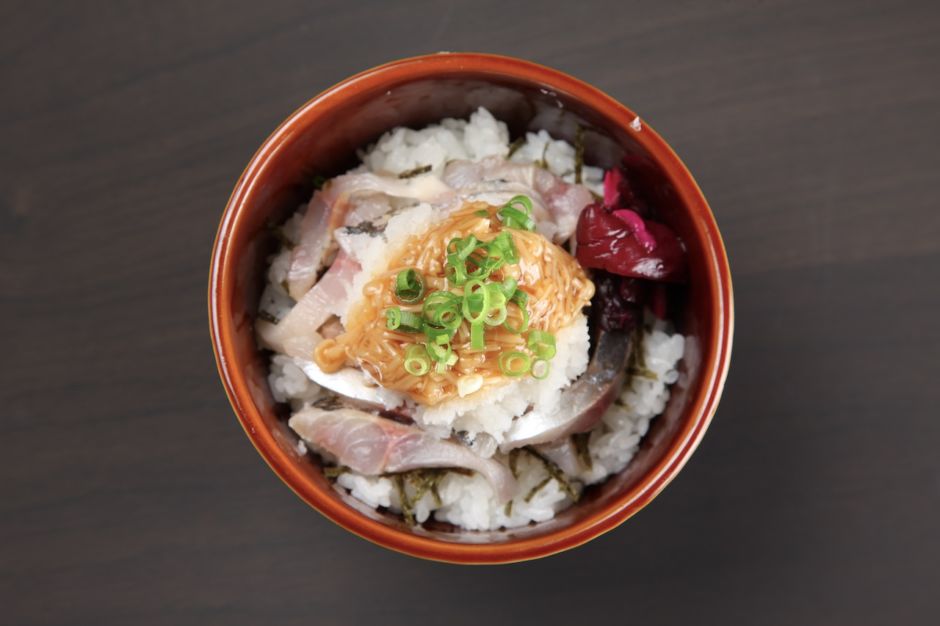 Where: Hakone
Explore: An easy two-hour train ride from Tokyo on the Odakyu Railway

A tiny place that’s been in business for over 50 years, it exudes a cozy, at-home feeling. Try the ajidon — fresh horse mackerel marinated in an original homemade sauce on top of rice. It may be hard to resist the larger set, though, which comes with torotaku-maki, a textural delight of soft, minced tuna and crunchy, pickled daikon seaweed rolls. 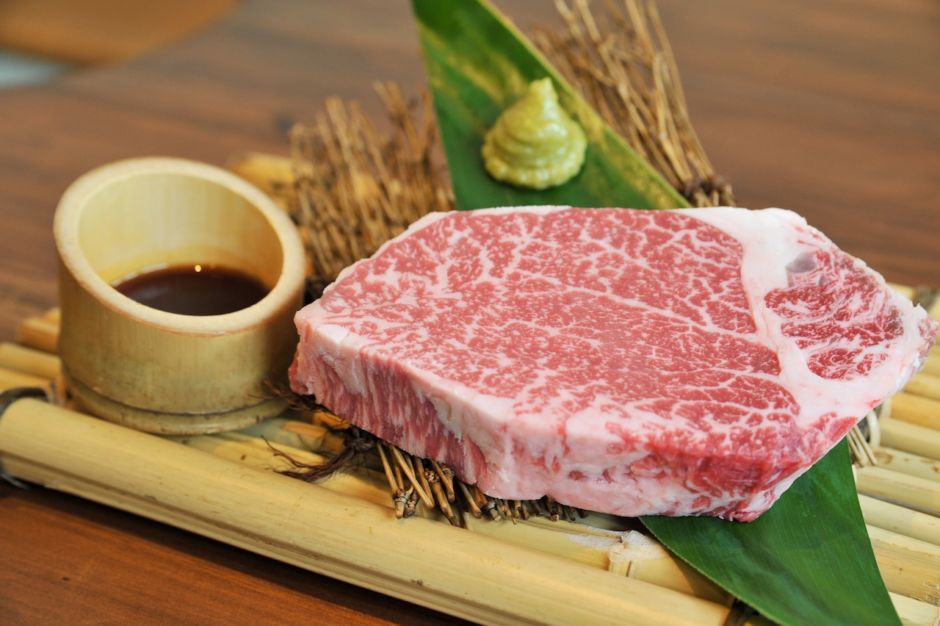 Wagyu beef steals much of the international limelight, but Japan has several brands of exceptional quality beef. Ishigaki is one of the most renowned and subjected to strict conditions — the cattle must be born and raised in the Yaeyama-gun area of Okinawa for at least 20 months, and the meat is graded according to color and fat marbling, among other demanding criteria.

For one of the best and friendliest places to enjoy it, head to Sumibi Yakiniku Takesantei. Tuck your legs under the table, order all the cuts of meat that take your fancy, watch them sizzle on the grill, and then compare the textures and flavors. The fat has a lower melting point than human body temperature, so it irresistibly melts in the mouth, unleashing waves of umami. English menus are available; booking is strongly recommended. 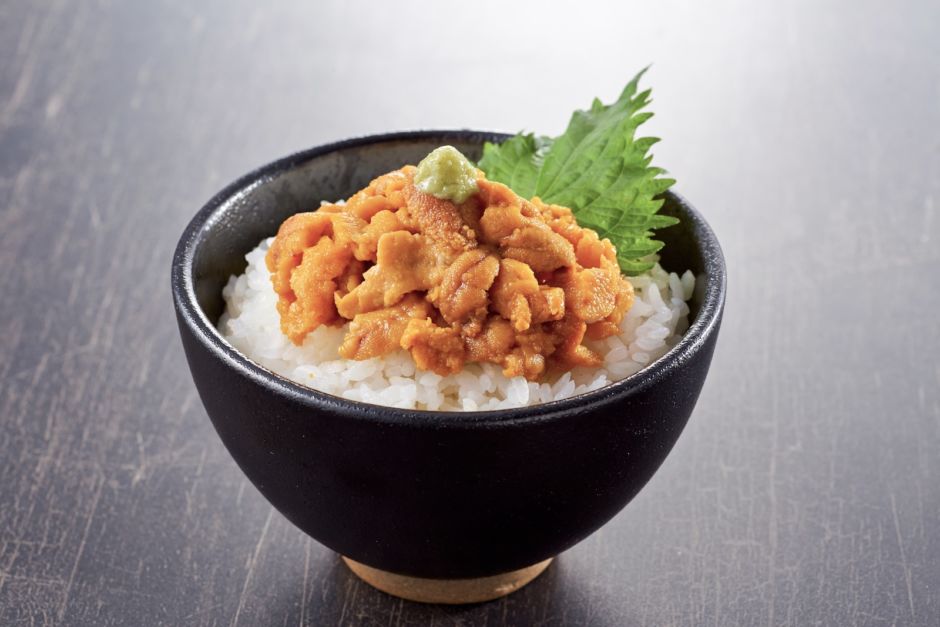 From snow-capped mountains to crystal waters reflecting alpine flowers, Rishiri Island looks like a postcard shot a little too perfect to be believed. Located in Japan’s far north — close to the border with Russia — the island is under 10 miles at its widest and has a population of around 5,000. The locals have lived off the sea for centuries, with sea urchin being a particularly renowned local ingredient.

For the must-try dish of the island, stop by Tairyoutei. Slide back the old wooden door and settle yourself down at a low table on the tatami mat. It won’t be long before unidon — a warm bowl of rice topped with creamy gold sea urchin — is yours. For a more unique take, order the uni dobin mushi, sea urchin broth steamed and served in a traditional dobin teapot. 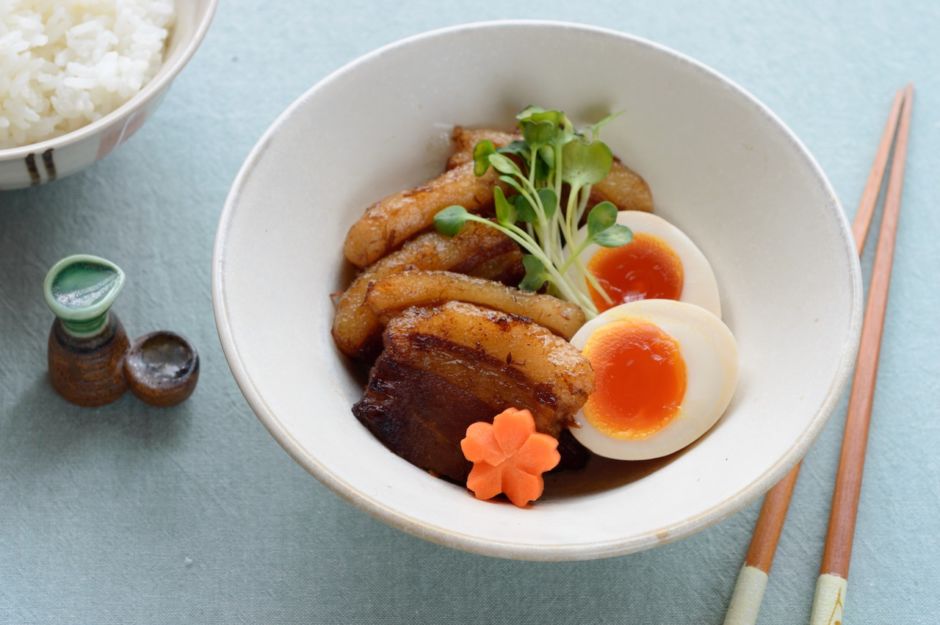 From the arrival of the Portuguese in the 16th century, Nagasaki has hosted a variety of overseas settlers — a history that’s reflected throughout its architecture and, of course, its food.

One unique form of cuisine that’s emerged here is known as shippoku, a fusion of Japanese, Dutch, and Chinese influences, all served in Chinese family-dining style. For a full course, head to Hamakatsu, where the must-try dish has to be the pork belly simmered in local sake, so tender it will dissolve in your mouth. There’s also ajisai-age, a deep-fried shrimp fritter in a hydrangea shape. Variety is all part of the fun: vinegar-marinated fish, eel sushi, beans stewed in honey, delicate fish fin soup…working through a lunch or dinner course here quickly turns into a culinary adventure. 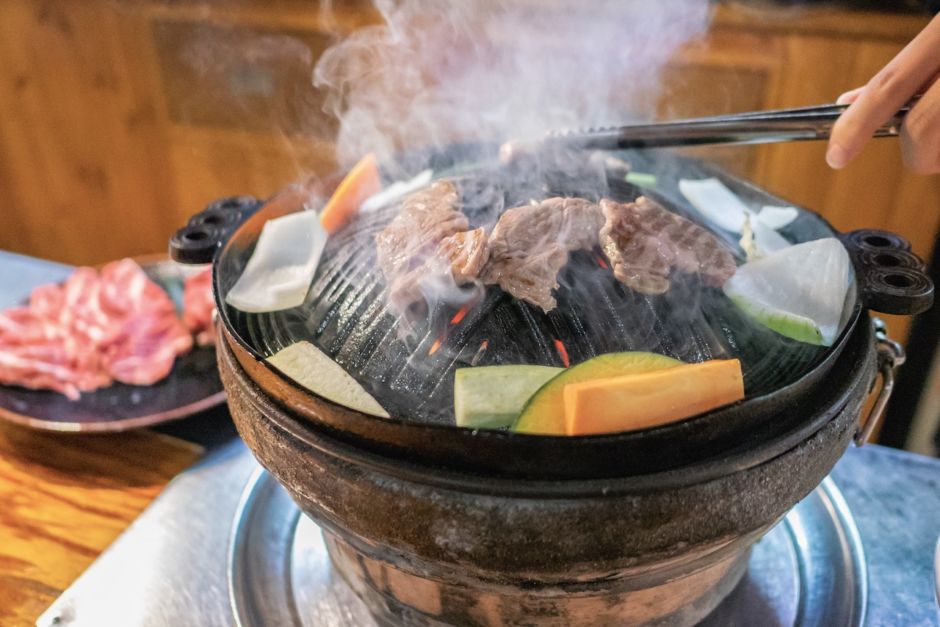 Where: Sapporo
Explore: Flights to Sapporo

The capital of the northern island of Hokkaido, Sapporo is known for its seafood — think luscious amounts of salmon roe and sea urchin piled on rice. But it’s also one of the few places in Japan where lamb is commonly eaten. The prime dish is jingisukan — taking its name from the Mongolian historical leader — and is a kind of lamb barbecue. Place well-marbled slices of meat on the domed griddle in front of you, throw on some vegetables, and enjoy the sizzling until done.

For a jingisukan menu you won’t find anywhere else in town, head to QueQueRe. It’s run by a chef who spent over a decade working in Europe and who brings a fusion of flavors, swapping out the traditional soy-based dipping sauce for a homemade concoction of white wine and herbs that complements the lamb perfectly. Other unusual dishes include a lamb risotto and the incredibly popular melt-in-your-mouth lamb sashimi. There’s minimal English spoken, but the staff will happily help you order. 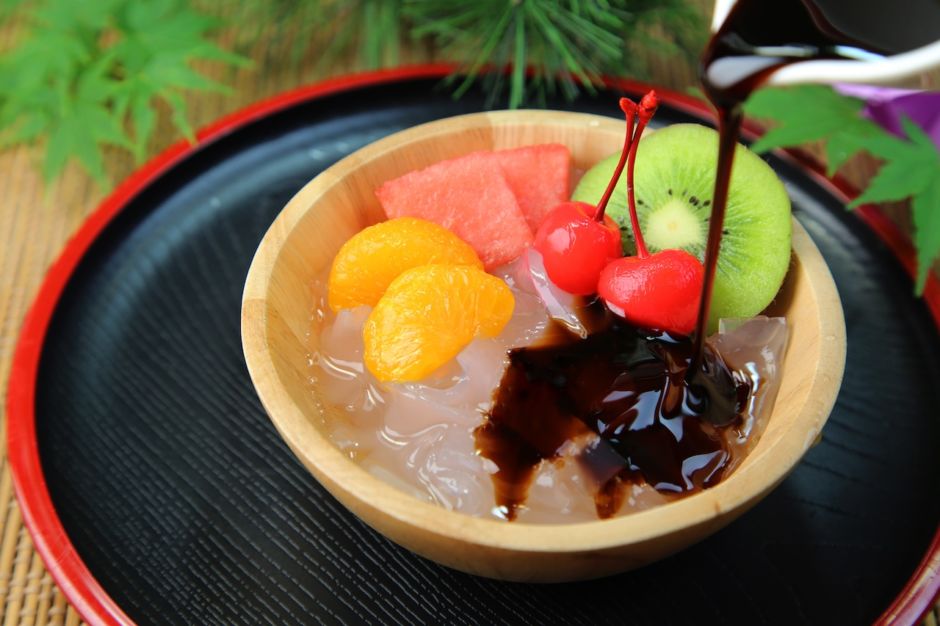 Kanazawa, on Japan’s west coast opposite Tokyo, is often described as a “little Kyoto,” though there are those who argue the former is actually more charming. For a taste of the old times, dine at Suginoi, one of the few remaining restaurants to serve Kaga cuisine, a traditional cooking style using local seafood, vegetables, and other ingredients. Even the dessert of kuzukuri, traditional sweetened noodles made from the root of the kudzu plant, contains water from nearby Mount Haku.

The dining experience starts, however, from the moment you arrive — the architecture, decor, and service are as important as the food. The traditional building is more than a 100 years old, with tatami rooms overlooking a garden that reflects the seasons you’ll be tasting. It’s a great way to experience all the important elements of traditional Japanese cuisine. To raise the extravagance to the max, reserve the snow crab course, a local specialty. 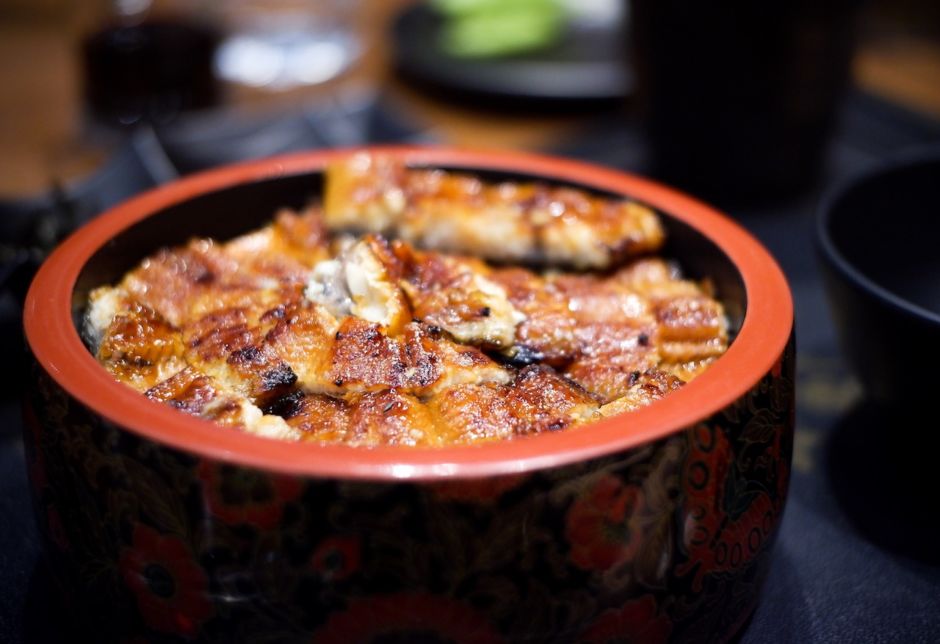 Where: Nagoya
Explore: Flights to Nagoya

For a uniquely Nagoya dish and some tantalizingly crisp and juicy unagi (river eel), plan to order some hitsumabushi when you’re in town. Soy sauce-flavored and charcoal-grilled, the eel is sliced into strips and served in a wooden box (hitsu) atop a bed of warm rice.

Not only is it delicious, but the eating method required is also a lot of fun: Divide your box into four, eat the first quarter plain, the second with toppings of nori seaweed, wasabi, and spring onions, the third with a light tea or dashi broth, and the last…whichever of the first three you liked best. Head to the restaurant said to be its pioneer, Atsuta Houraiken, which has been in business since 1873. Sometimes to truly elevate a tradition, you have to check in with its roots.

This post is proudly produced in partnership with All Nippon Airways.
Tagged
Travel Japan All Nippon Airways: Japan, Elevated
What did you think of this story?
Meh
Good
Awesome
✖
travelstoke
Download the mobile app
stoked by