FOREVER WILD with a touch a refinement — that just about sums up the Adirondack region of upstate New York. The New York constitution designates that the park be “forever kept as wild forest lands,” and it largely has been, although that didn’t stop the Boston and NYC elite from turning the Adirondacks into a summer getaway starting back in the 19th century. Their legacy has been well preserved in this vast, endlessly stunning landscape that’s also the only place in the world to have hosted the Winter Olympics twice.

The forests and mountains sit in a federally protected area comprising 6 million acres — larger than Glacier, Yosemite, Great Smoky Mountains, Yellowstone, and Grand Canyon national parks put together. And unlike those big-name parks, there’s no gate or entry fee here. Even though they’re just a few hours’ drive from New York City, the Adirondacks retain that untouched, lost-in-time quality you just might be craving after a few too many hours tapping on your laptop or sitting in traffic. Here’s a bit of what makes the place so special.

1. There’s liquid gold in the trees. 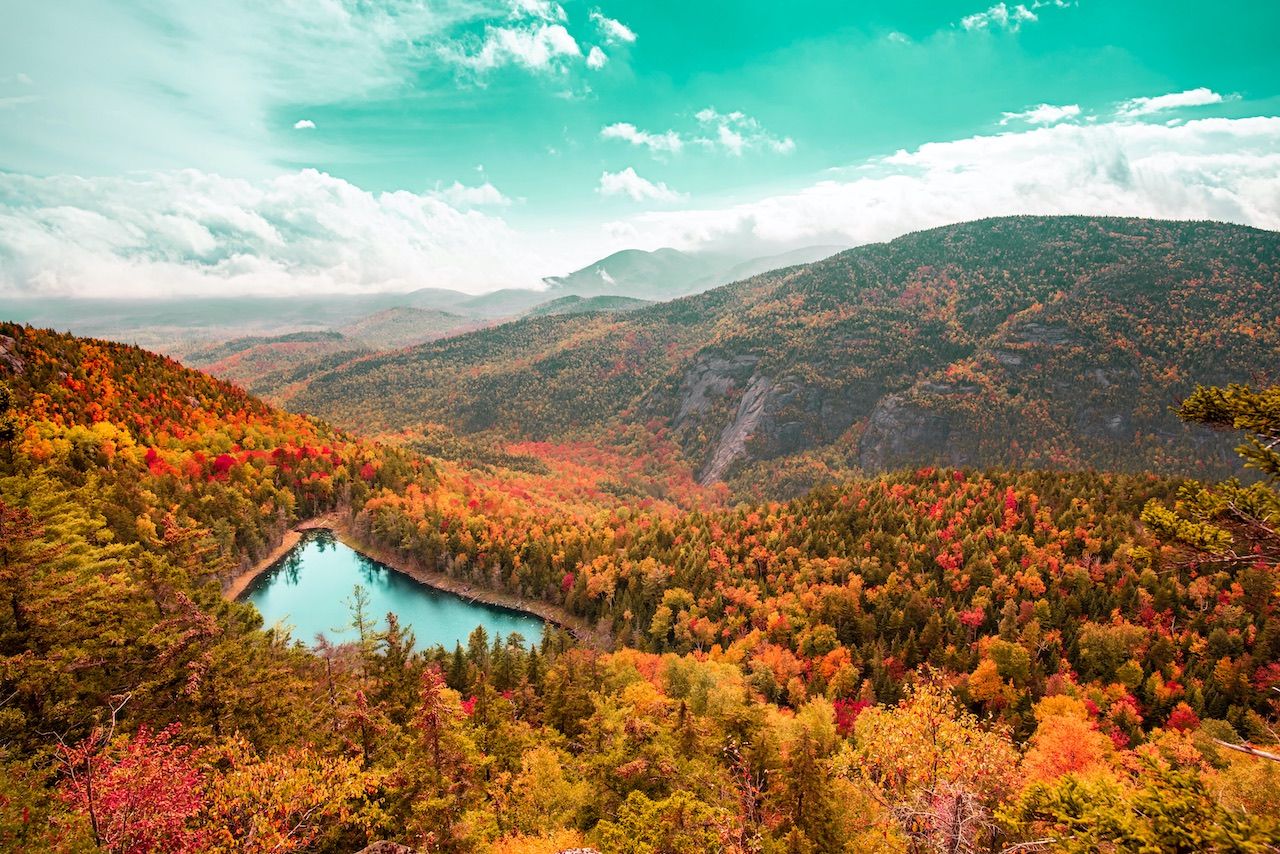 Vermont may get more attention for its maple syrup, but the stuff from the Adirondacks is just as excellent. Visit one of the hundreds of maple syrup producers across the state to get this delicacy straight from the source. I especially recommend Mark Twain Maple Works, Cornell University’s Uihlein Research Forest, and Paul Smith’s College VIC for tours (you often need to call ahead).

Every spring on Maple Weekend, about 160 maple syrup farms open to the public for a weekend of tours, exhibits, and, of course, tastings.

2. The winter sports cred is real.

In 1932 and again in 1980, the town of Lake Placid, with a present-day population of around 2,500, hosted one the world’s great sporting events. Evidence of the Olympic legacy is everywhere. The Lake Placid Olympic Museum makes a great start, featuring old equipment from the various winter sports, and special exhibits on figure skater Sonja Henie and the “Miracle on Ice” 1980 US Men’s Hockey Team.

The museum is located in the ice skating arena, where you can see both the 1932 and 1980 rinks. Just outside of town, the 1980 ski jumps stretch above the trees, and beyond that you’ll find the bobsled and luge runs. All are open to visitors during designated hours. If you know where to look, you can even take in the 1980 Olympic flame cauldron. (Hint: It’s located on the horse show grounds).

3. You can camp pretty much anywhere… 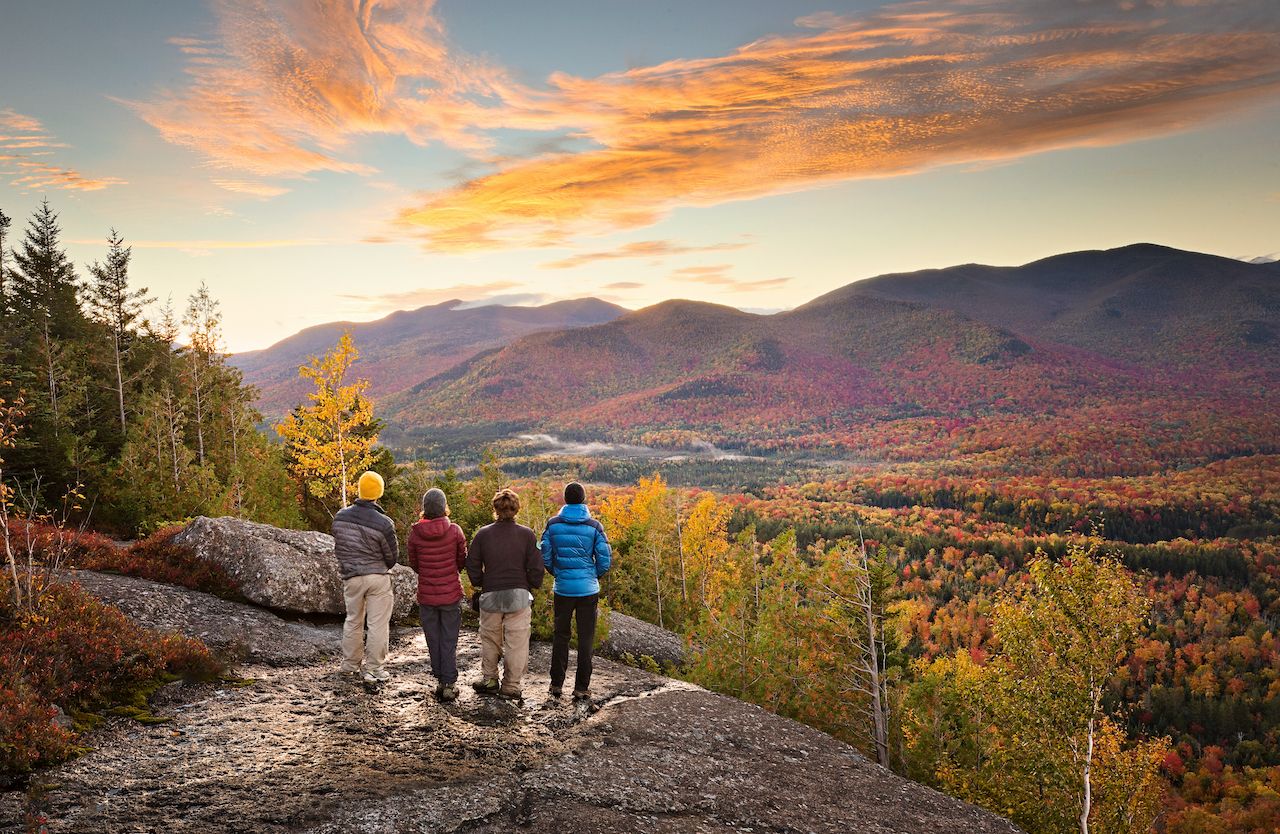 Unlike many parts of the country, the Adirondack Park allows “primitive camping,” which means hikers and other visitors can set up tents for the night on any state land (with some ground rules, of course). There are also a good number of first-come, first-served campsites — including lean-tos — throughout the wilderness, often in idyllic locations on the water. Many of the campsites require a hike, but a few can be accessed with a car and/or a short walk.

4. …but “camping” here used to mean something entirely different.

In the late 19th century, wealthy families from New York City and Boston began summering in the Adirondacks. Banned from building permanent structures, they erected luxurious but temporary “camps” each summer. Eventually, the permanent structures came, but they retained the rustic-chic aesthetic of the earlier abodes.

The most elaborate of these getaways came to be known as the Great Camps, many of which still exist today. Take a boat out on Upper and Lower St. Regis lakes and you’ll get a glimpse of several of them, including the vast Topridge, which belonged to Marjorie Merriweather Post (who also once owned Trump’s Mar-a-Lago). You can stay in several of the Great Camps, including White Pine Camp on Osgood Pond and, for a truly extravagant experience, The Point on Upper Saranac Lake — it once belonged to the Rockefellers.

Today you can find an Adirondack chair in any corner of the world with a good front porch, but they never look quite as good as they do against the backdrop of the High Peaks. Indeed, this is the spot they were meant for.

Invented by a man named Thomas Lee for his family’s benefit as they summered in Westport on the shores of Lake Champlain, it was known as the “Westport Chair” for the next quarter century or so. Today, no matter where you choose to lay your head during a stay, you’re bound to spend some time in an Adirondack chair, to sink back into it, to rest a drink on its wide arm, and to gaze at an amazing view from this most comfortable of vantage points.

There’s little in life to rival a drive through the scenic roads of the Adirondacks in pursuit of an ice cream cone, and the area has a slew of off-the-beaten-track treasures in this regard. My favorite is Donnelly’s, located a bit north of Saranac Lake on NY-86. This tiny stand at the edge of a dairy farm serves a single flavor of soft serve every day between Memorial Day and Labor Day, and at peak times the line stretches down to the end of the parking lot. Other stands worth driving to are Skyline Ice Cream in Tupper Lake and Custard’s Last Stand in Long Lake.

In the Adirondacks, it’s hard to take a left turn without bumping into a body of water. The region has 2,700 lakes and ponds, plus tens of thousands of miles of rivers and streams, full of the most pristine H2O you’re likely to find anywhere on Earth. Some of the larger lakes encourage motorboats, while others prohibit them, making for a quieter experience with nature in a canoe or kayak.

Aside from boating, there’s always something to do on the water. In the summer, it’s swimming, rafting, and fishing. In the winter, it’s snowmobiling, ice-fishing, and cross-country skiing. Pick your season, and take your pick — just be sure to exercise caution when walking on frozen ponds.

8. …and sailboats from the 19th century are still in use.

At the turn of the 20th century, 12 sailboats were built specifically with the low winds of Upper St. Regis Lake in mind. Eleven of those gorgeous sailboats, with wooden hulls and Egyptian cotton sails, are still in use on the lake today (a new one, built in 2004, brings the total back to the original 12). Every summer, the owners — many of whom maintain a boat that’s been in their family for generations — bring them out for regular races. 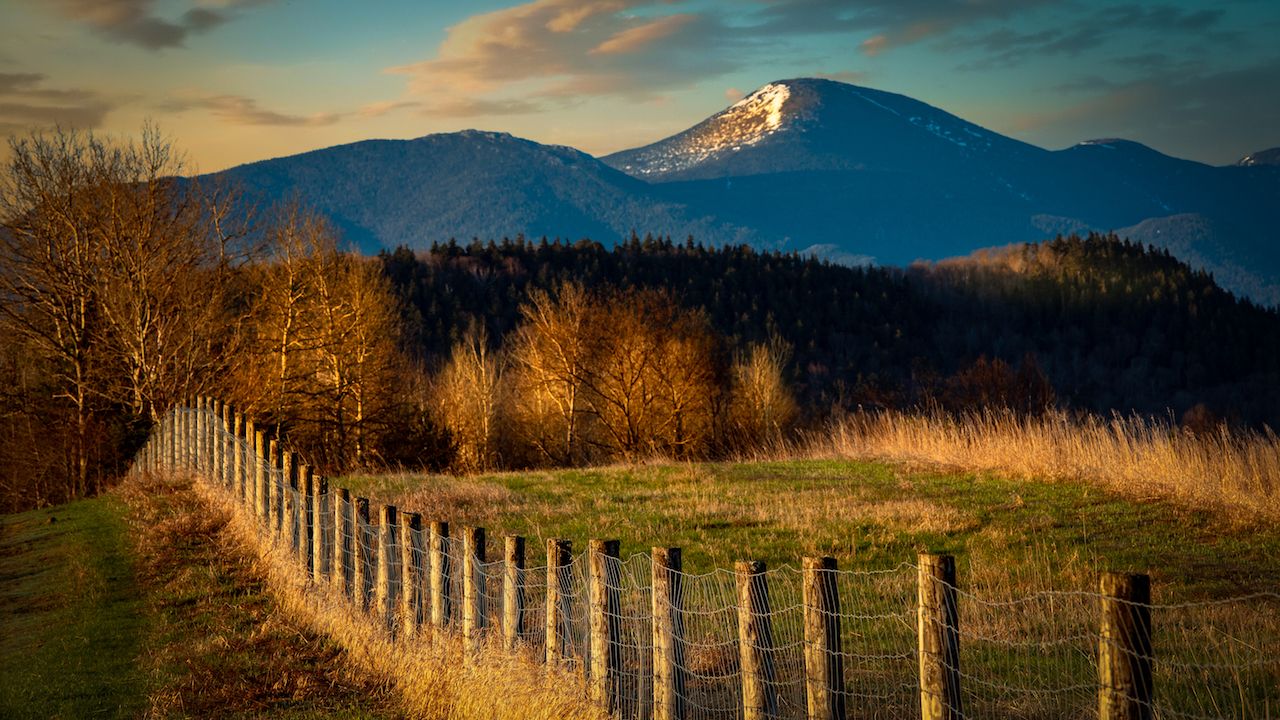 It’s a fairly exclusive club. To join, you’ll need to scale all of the 46 mountains in the High Peaks Region of the Adirondacks. Some hikers even up the ante by throwing in brutal winter conditions — those who complete all 46 summits between December 21 and March 21 attain “Winter 46er” status.

For the rest of us, climbing to just a couple summits in the Adirondack region — in the summer — provides plenty of reward. I love Ampersand Mountain for a fairly challenging day hike that includes some scrambling, and Baker Mountain for an easy jaunt. Although neither is a High Peak, both offer incredible views at the top.

10. The North Pole is farther south than you thought.

Just down the road from the famed Whiteface Mountain, the North Pole is a hamlet within the town of Wilmington. Once there, it’s not hard to find Santa’s Workshop, one of the first theme parks in the United States and a place where kids can still visit Santa’s house and his reindeer. Staff at the park do a great job maintaining the legend of Santa — when I was a kid, they patiently explained that Rudolph’s nose only turned red on Christmas Eve.

PS: During the holiday season, a post office opens in the North Pole. If you’re in the area, stop in to mail your holiday cards and get them sent with a “North Pole” postmark.

11. You can thank Garry Trudeau’s great-grandfather for all those porches.

Edward Livingston Trudeau — the famous cartoonist’s great-grandfather and a physician from New York City — conducted important research into cures for tuberculosis in the late 19th and early 20th centuries. He treated his own TB by exposing himself to as much fresh Adirondack air as possible, and eventually an entire industry emerged in the Adirondacks for the treatment of the sickness. Houses were built with large porches on which patients could while away the winter, far under the covers but breathing the cold, fresh air.

12. Little House on the Prairie has Adirondack roots. 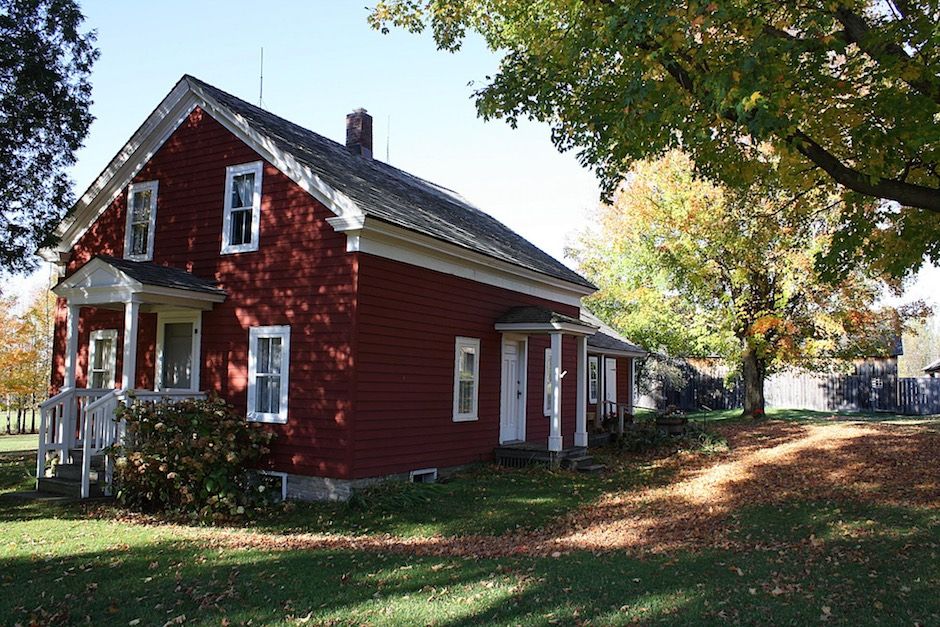 Photo courtesy of The Wilder Homestead

Fans of Laura Ingalls Wilder and Little House on the Prairie are familiar with Almanzo, the author’s earnest, hardworking husband whom she chronicles with so much depth. And while most of the adventures in the books take place further west, Almanzo Wilder in fact spent his first 13 years on a farm near the town of Malone in the Adirondacks. Much of this time is covered in the book Farmer Boy.

Today, the original home is open to the public as the Wilder Homestead, along with 84 acres of land — almost all of the original Wilder homestead.

This post is proudly produced in partnership with Adirondacks, USA.
Tagged
Culture Insider Guides New York, United States
What did you think of this story?
Meh
Good
Awesome