You won’t find towering skyscrapers or mountains in Fredericksburg, but there’s something arguably better around these parts. In this buzzing pocket of Virginia, everything — yes, everything — that takes root flourishes. This is a place with a thriving food scene, tons of locally owned businesses, and a history that runs deeper than just about anywhere else in the country.

The area is made up of three different entities: the city of Fredericksburg, Spotsylvania County, and Stafford County. Each has its own unique personality, but all three share a common history. This is my hometown, and it will definitely surprise you. Here’s how. 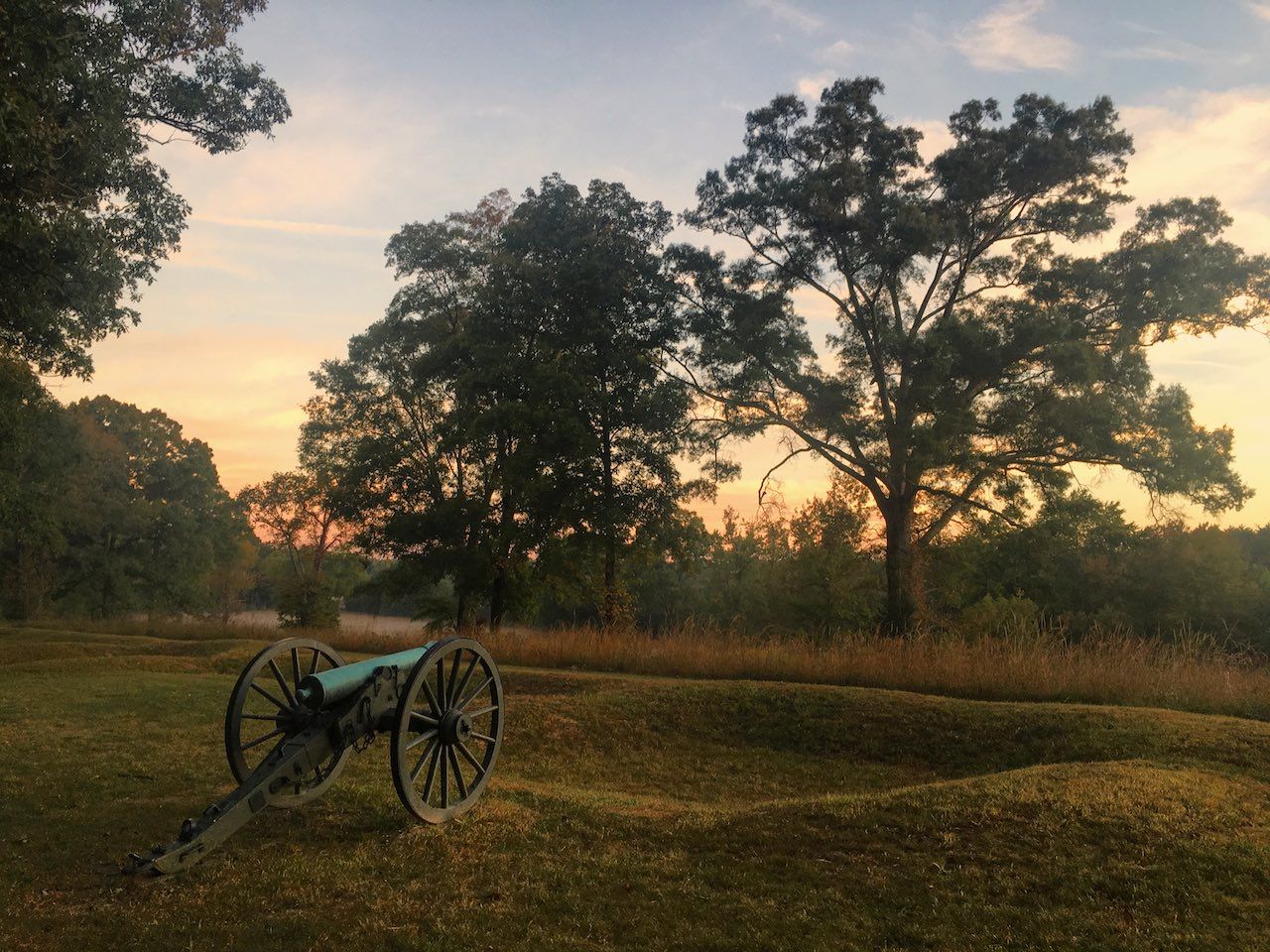 In the Fredericksburg region, history isn’t something you read about — it’s something you walk to. First up? George Washington’s boyhood home at Ferry Farm, where you can see for yourself what his childhood was like. The first President to-be moved here when he was six, and today you can watch busy archaeologists at work, wander the grounds, walk down the ferry road to see how the family got into town, and explore the recreated home.

Follow that up with a reflective moment or two on the

But don’t forget: The story of the area’s best-known resident goes back even further. Yep, Pocahontas and the Patawomeck tribe lived right here.

2. Every day is an international food festival. 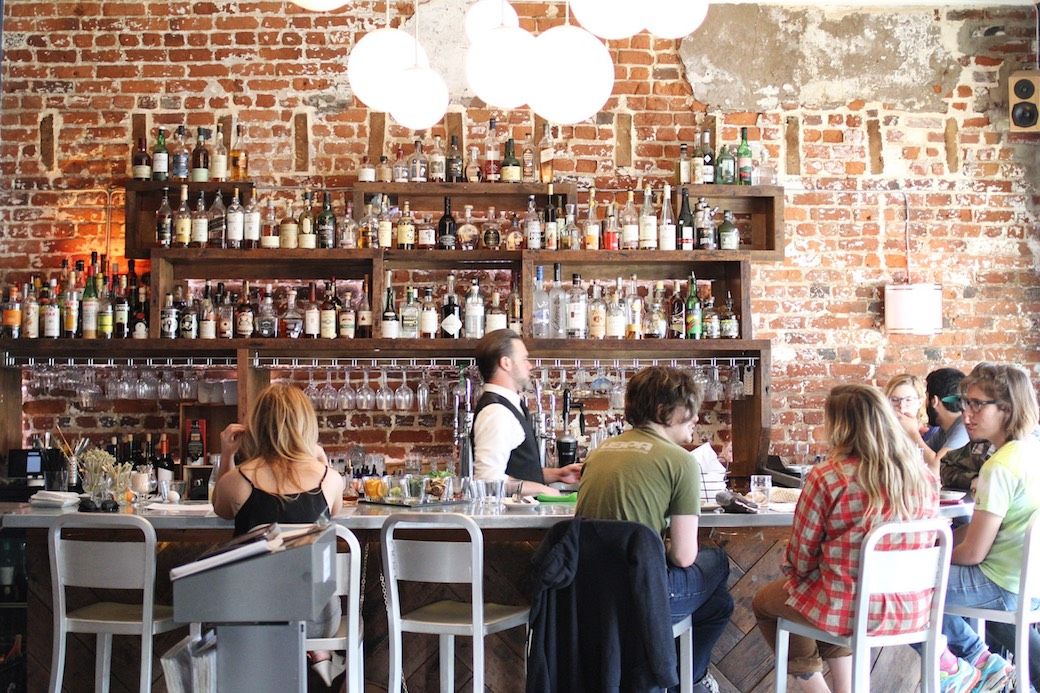 When it comes to food in the region, everyone who comes here is surprised. Anything you can think of, this hard-to-believe epicurean oasis will provide. There’s

Another Fredericksburg favorite that can’t go unmentioned is Colonial Tavern, located in Old Town. Home to the “Irish Brigade,” this little pub is welcoming, homey, entertaining, affordable, and guaranteed to please any Irish fancies with its authentic menu. The Guinness Beef Stew, Homestead Shepherd’s Pie, and Feisty Leprechaun Wings are all recommended. 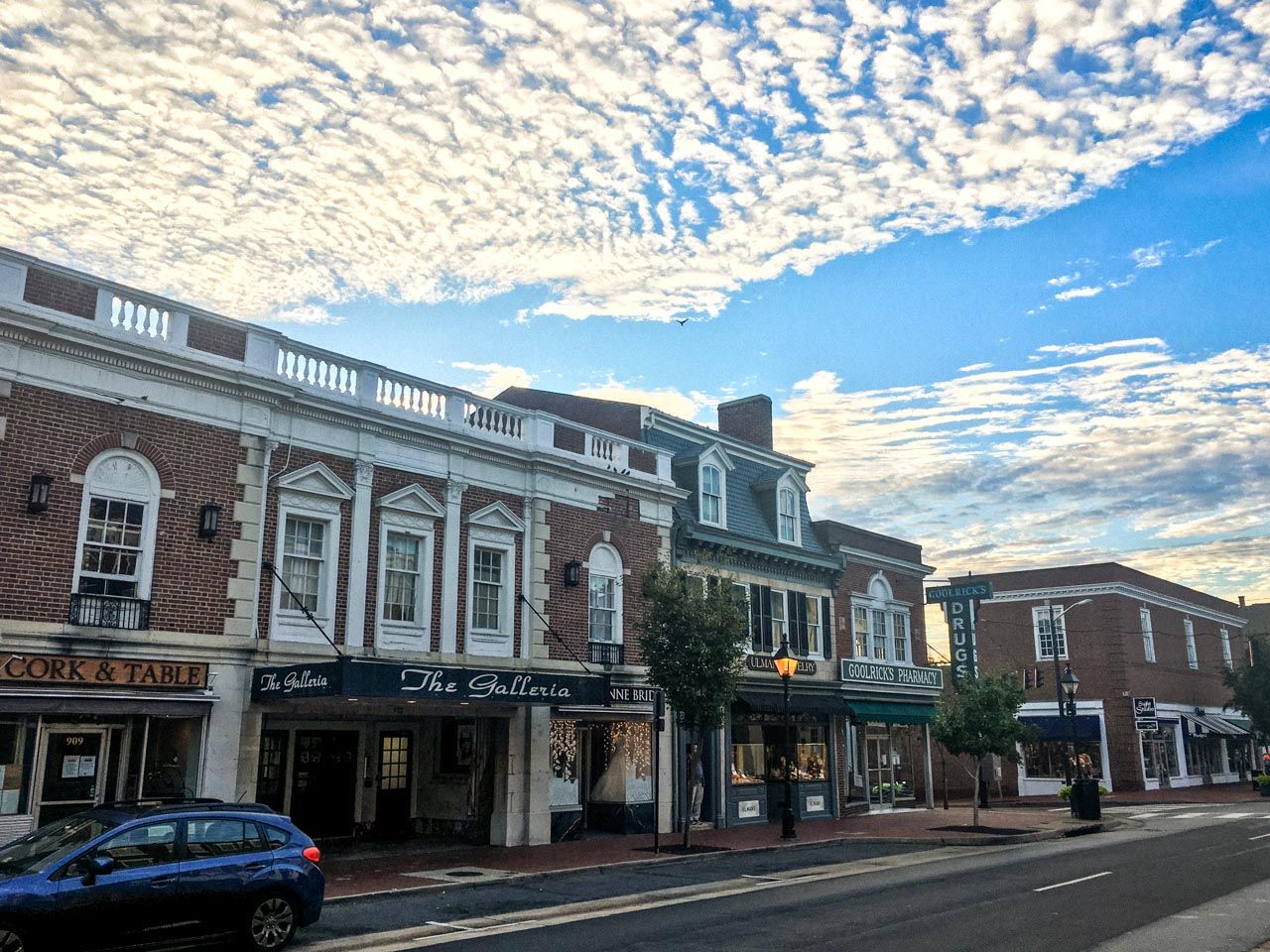 The downtown area known as

As for stops to look out for, be sure to hit up the artisan shops and boutiques downtown, like

4. Outdoor adventure is just around the river bend.

I’ll throw in another Pocahontas reference, because the gorgeous portrayal of Virginian nature in the film is pretty spot on (the real one with Colin Farrell, not the animated one). You’ll see this in person when you pack a picnic and hang out by the Rappahannock River — or better yet, put on your swimsuit and go for a SUP, tube, or raft session with River Rock Outfitter.

If you’re looking for a more relaxing way to 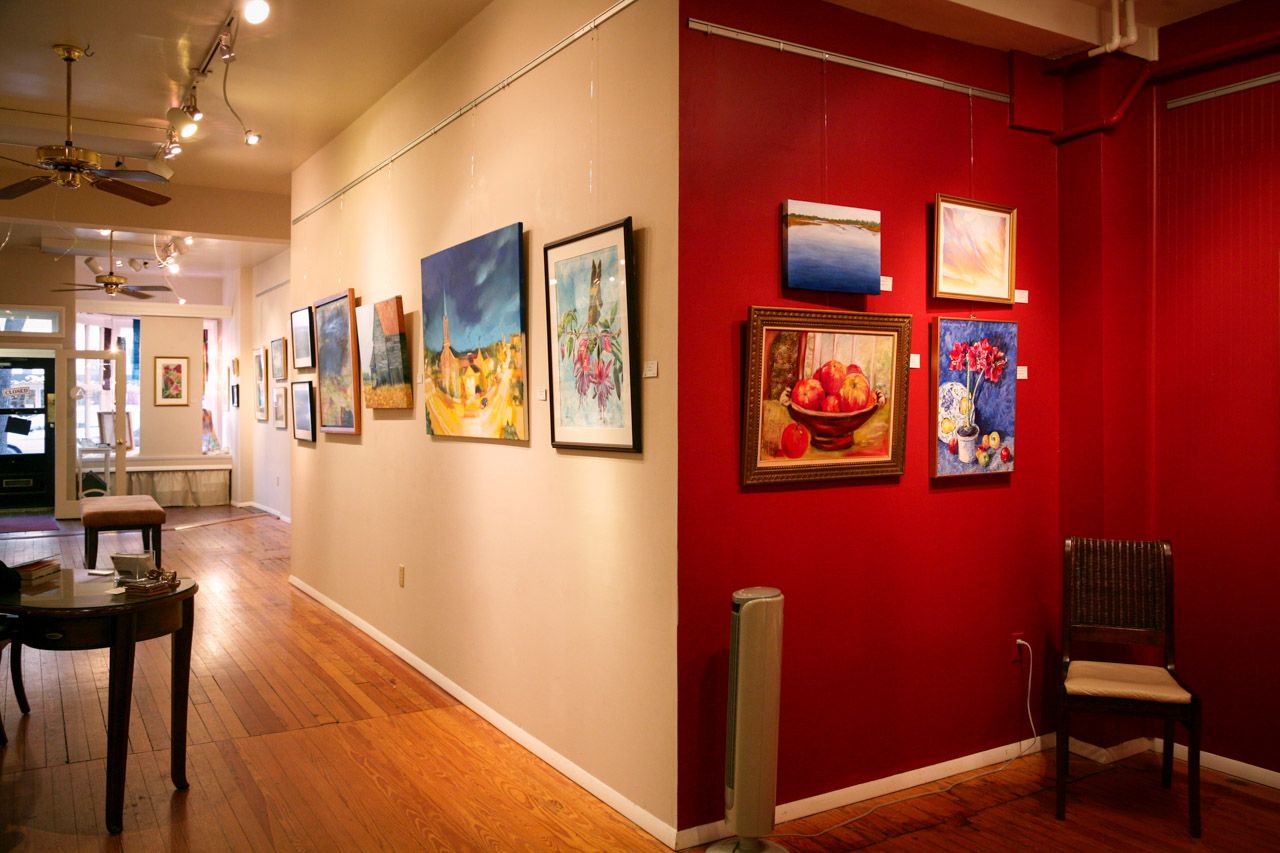 Where there’s history and culture, there’s often art, and the Fredericksburg region is no different. Right now, it’s hovering in that sweet spot — the scene is super accessible and unintimidating, yet established enough that quality abounds. You can walk right into the studios of celebrated local artists at spots such as

Fredericksburg’s creative community truly peaks on First Fridays. Artists display their latest pieces in their shop windows as well as in neighboring businesses and restaurants. Musicians fill the streets with tunes, and locals wander up and down the cobblestone sidewalks taking in the sights, sounds, and smells (when the cafés open their doors, oh man!) of downtown Fredericksburg. Even better, the free trolley runs from 6pm to 9pm, so you don’t have to worry about getting around.

6. Fredericksburg in the fall is unrivaled.

If you’re able to plan a trip to the region in autumn, do it. This time of year, Virginia is overwhelmed by a stunning change in the color of the leaves — and that’s not to mention the cool fall breezes and festivities getting everyone outside.

7. “Dinner and a show” doesn’t have to come with a big-city price tag. 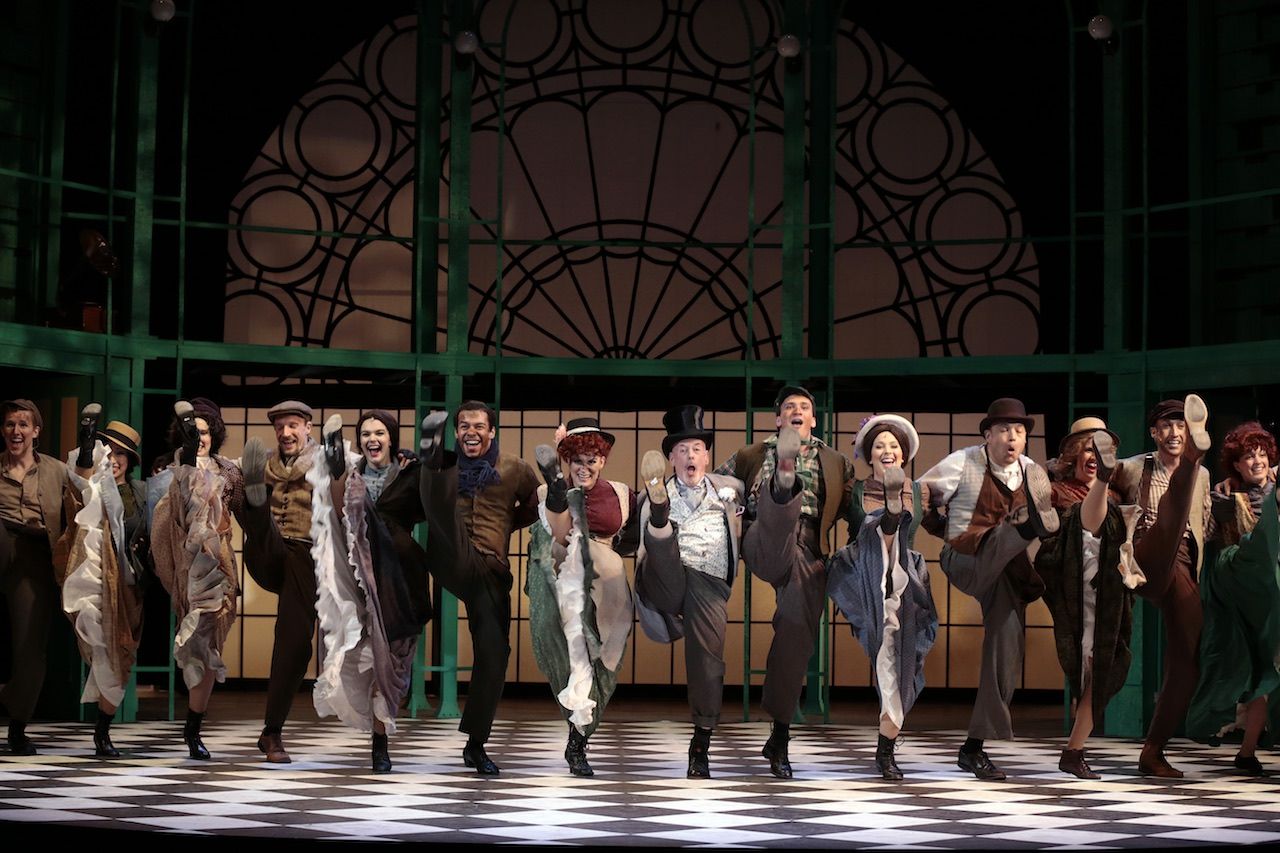 In 2017 alone, the Riverside Center for the Performing Arts had a lineup of notable tales including Seven Brides for Seven Brothers, Mamma Mia!, and The Hunchback of Notre Dame. A similar experience in New York City would come at a significantly higher price tag, and the quality of your night will be just as spectacular here.

The center also has a children’s amphitheater, where more than 120 musical adaptations of popular children’s stories have taken place. And then there’s the center’s dinner theater program — it started in 1998, and since that time more than 550,000 people have gotten a little closer to the arts (and to good food) in this building.

The massive winery and brewery movement has not missed the Fredericksburg region. There are many great spots in the area, along with a lively nightlife scene.

And before you move on, we have to talk about the world’s best bourbon. Why? One hint: It’s made right here. Check out A. Smith Bowman Distillery — they’ve won the award two years in a row.

9. Aviation fans get their own history, too. 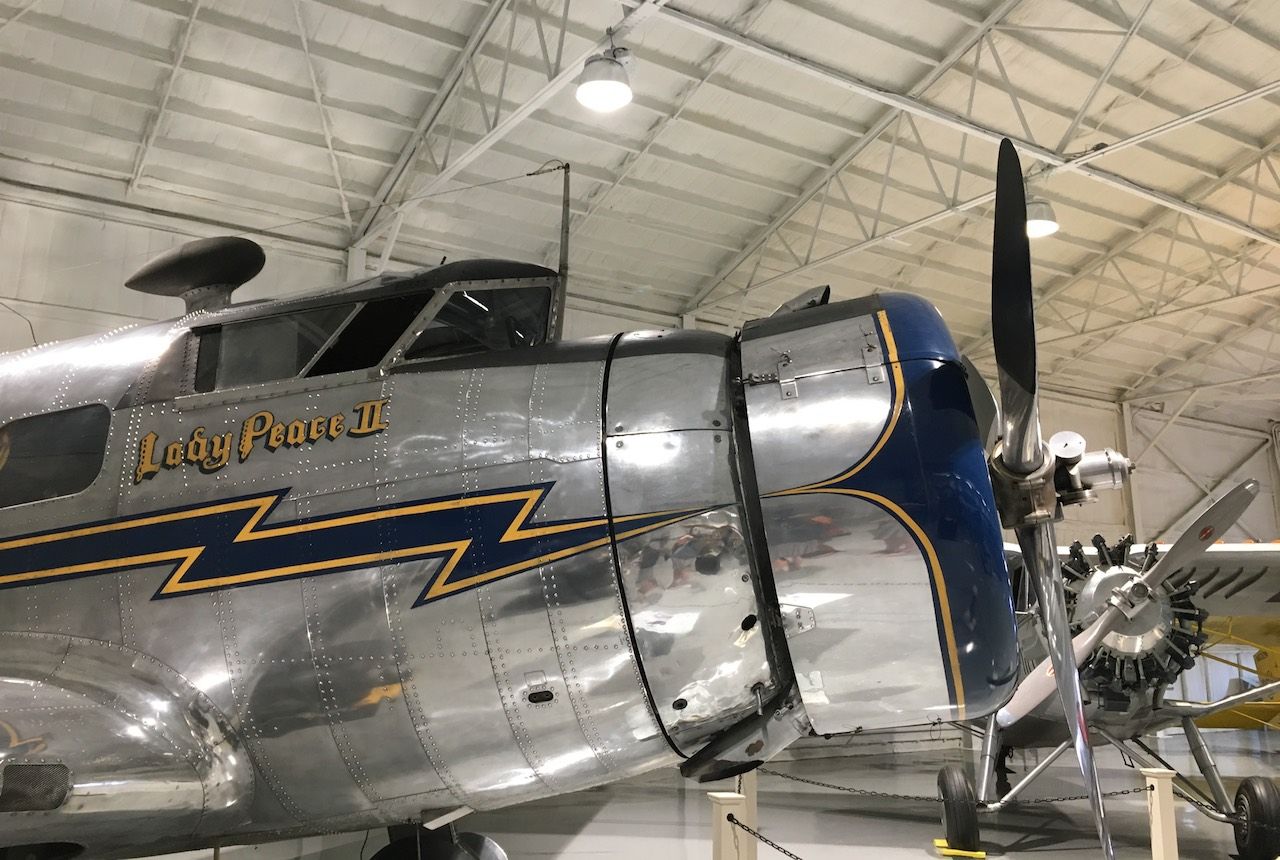 It might be a bit of a niche thing, but if it’s your niche, listen up. Spotsylvania is home to one of the most historic airports in the United States, Shannon Airport. Opened by Fredericksburg local Sidney Shannon in the middle of the last century, it remains a functioning hanger, as well as a spot to educate the public and entertain with the occasional airshow.

10. This is Marine Corps central.

The greatest respect you can pay to those who risk their lives for the rest of us is to learn about their role in history, and the Fredericksburg area provides tons of opportunities to do just that. Quantico Marine Base is nearby, and it’s known as the “Crossroads of the Marine Corps,” as nearly every Marine passes through it.

The National Museum of the Marine Corps is 25 minutes from Fredericksburg and offers an interactive account of Marine Corps history. After that, stop down the road at the Globe & Laurel, a restaurant owned and operated by a former Marine and established in tribute to all those in uniform. 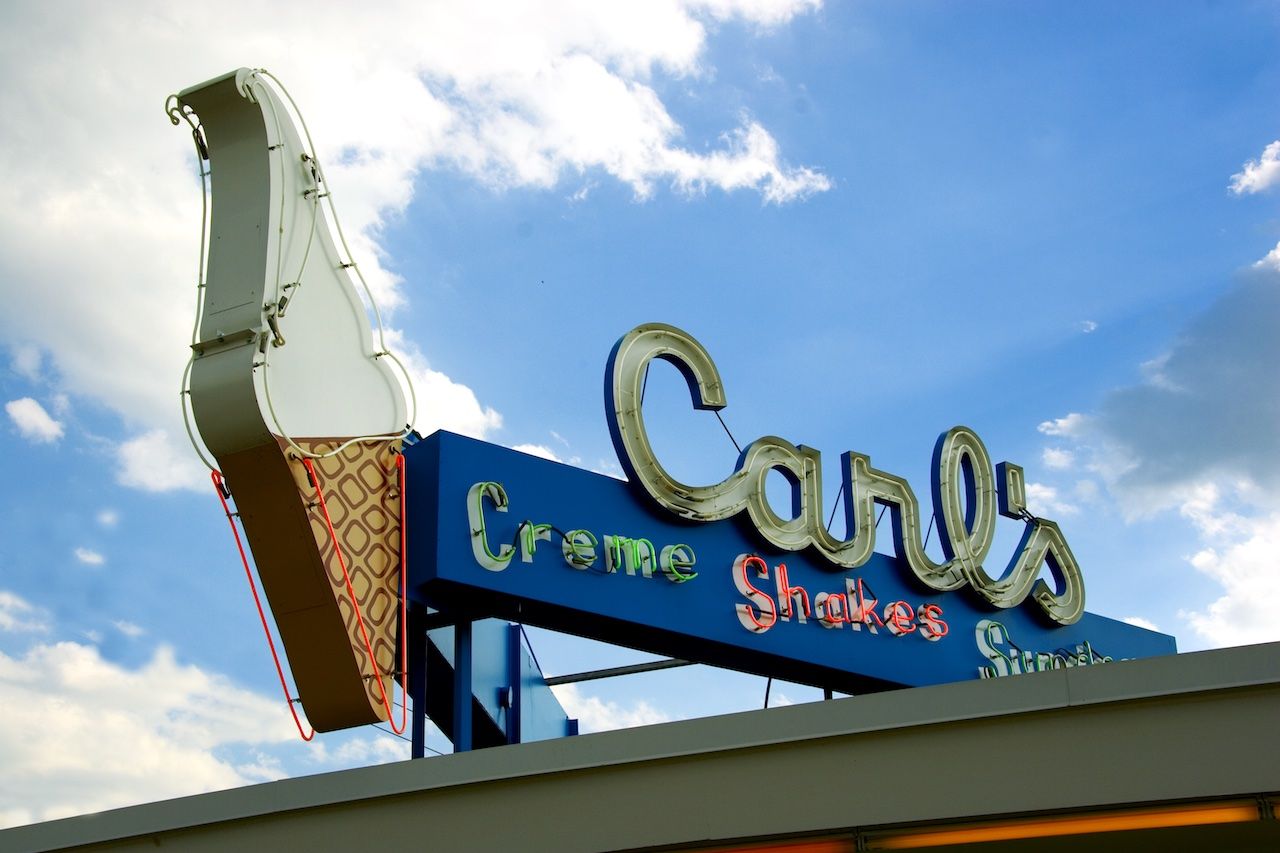 Yes, there’s plenty of colonial and Civil War history here, but Fredericksburg is home to other iconic retro spots, too. And we’re not just talking architecture and statues. 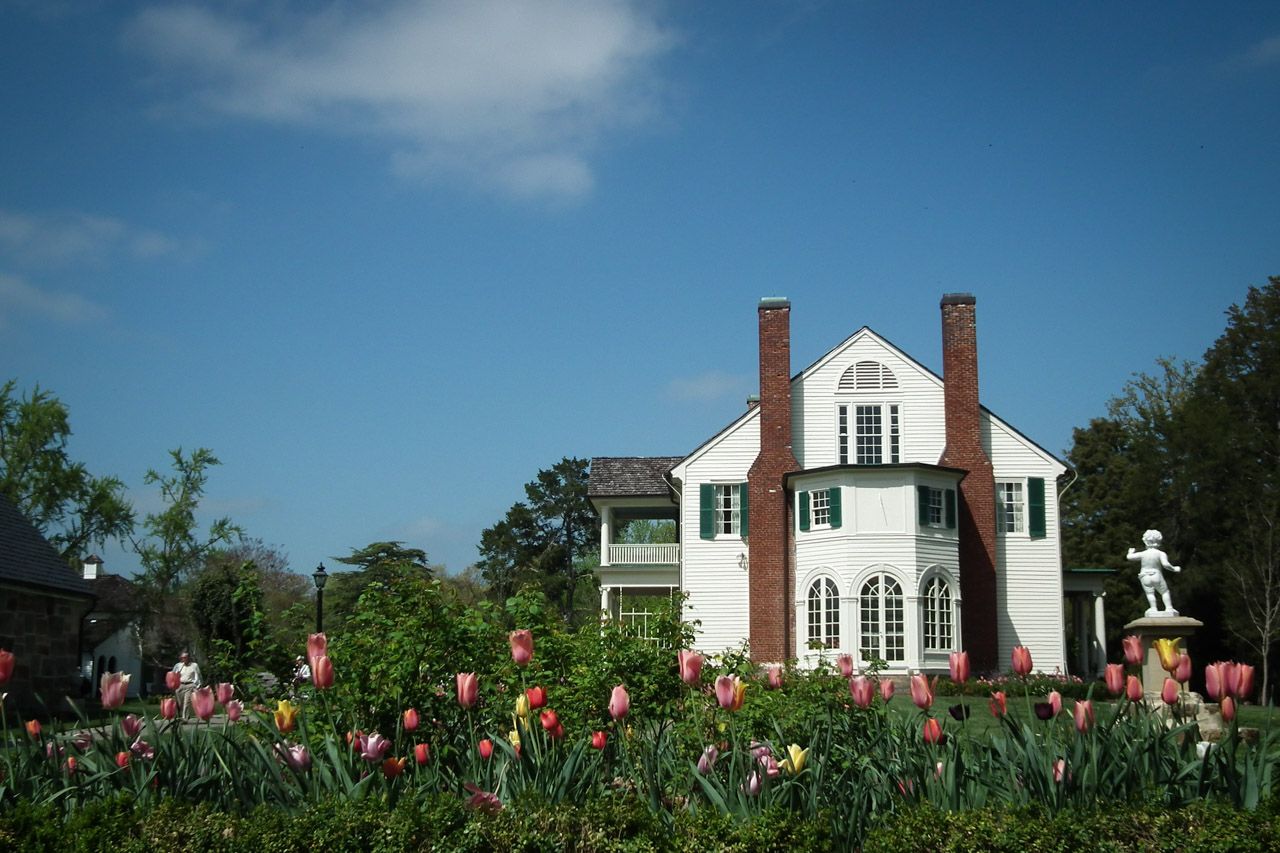 In a city so timeless, a tale of love is bound to become local legend at some point. Here’s the ‘Burg’s most famous: Gari Melcher met his love, Corinne, more than 100 years ago on an ocean liner. Gari was a renowned American painter in his time, and Corinne was a young art student and fan of his work. They bonded over their love of the arts, started their life together, and after years of international travel, chose to settle in Stafford at a home now known as Gari Melcher’s Home & Studio at Belmont.

This is a spot that truly has withstood the test of time. It’s now a fully preserved museum of their home, where visitors can walk through the studios and gardens and catch a glimpse of how the couple lived. When’s the last time you stepped foot into a 19th-century art studio? Belmont often hosts lectures and workshops for visitors, but the most beloved part about it is the story — timeless, just like the Fredericksburg region itself.

This post is proudly produced in partnership with Fredericksburg Area Tourism.
Tagged
Travel
What did you think of this story?
Meh
Good
Awesome