IF YOU’RE ON a grand tour of Europe and get the chance to check out Finland for a few days, grab the opportunity by the reindeer antlers. Yes, it’s a vast country jam-packed with a whole lot of beautiful nature, but you don’t have to travel huge distances to get a taste of what makes Suomi so amazing.

The whole Finnish travel industry, together with Visit Finland, has put together more than 200 activities, experiences, and packages for anyone on a quick stopover. And the kicker: When you fly with Finnair, there’s no extra cost for a stopover from 5 hours up to 5 days. Here are 13 compelling reasons why you should take advantage of the opportunity.

1. It’s home to one of the best airports in the world. 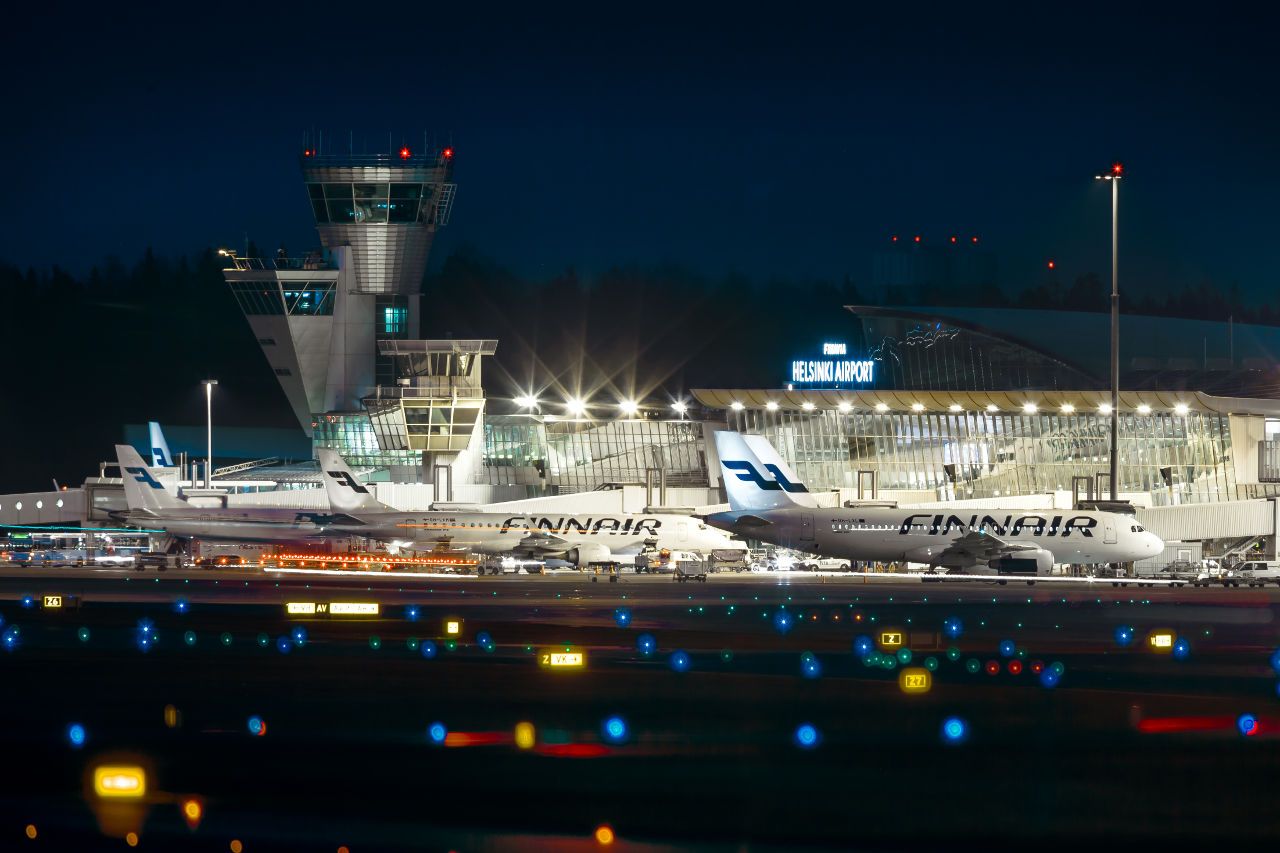 Yep, Helsinki Airport is officially one of the best on the planet. If you’re going to connect via any airport in Europe, make it this one. Combine that with Finnair’s great connections to the rest of the continent and beyond, and you can see why this is prime stopover country. Once you’re here, it’s just 35 minutes or so to downtown by bus or train…or you can fly straight to Santa’s neck of the woods — Lapland, the country’s northern half — roughly an hour away.

2. You can go island hopping.

Finland isn’t just the “land of a thousand lakes,” it’s also the land of 179,584 islands, and many of them are within easy striking distance of Helsinki. Suomenlinna — a former sea fortress that spans six islands — was first built in the 18th century and is now a UNESCO World Heritage Site. There are more than 200 historic buildings to wander around and take pictures of.

Not far from Suomenlinna, Lonna is a new addition to Helsinki’s arsenal of recreational islands, having formerly been used for some interesting-sounding post-war ship activities. Nowadays, it’s a quiet spot open to public. It has a new restaurant — and a sauna! — and it’s a small, nearly perfect circle, making it a great spot for a quick stroll.

Vallisaari is far bigger and has been off limits to the public for decades — it was used by the army. These days, you don’t have to be a soldier to enjoy the walking paths and picnic spots. Trails wander among habitats that break records for their range of species. Then there’s Pihlajasaari, home to some of Helsinki’s best island beaches and pretty cafés, as well as a nude beach, one of only two — that we know about — in the country. Speaking of…

3. You can get naked in public.

Saunas are one of Finland’s greatest gifts to the world. Before Finns had them installed in their homes, they relied on public saunas, much in the same way the rest of the world goes to public swimming pools. Public saunas were places to chill out and get clean. These days many of them are long gone, but if you’re in Helsinki you can get a taste of that old-school experience at Kotiharjun. Right in the throbbing heart of the old working-class district, you’ll get to hang with the locals, get scrubbed down by a washerwoman, and drink a beer or two.

For a more modern take on this marvelous concept, head to Löyly. This seaside venue looks like a wooden spaceship and basically takes you to another universe of sauna sophistication. With its fabulous view of the Gulf of Finland, you can enjoy looking out to sea from the terrace…or, if you’re feeling brave, take a plunge!

Helsinki has a wealth of fantastic parks. Keskuspuisto, the Central Park of the city, is an oasis of greenery on the fringe of downtown. Unlike other urban parks around the world, there’s real forest here, with wide gravel trails where you can jog or bike your jetlag away. Lammassaari, an island northeast of Helsinki, is known for its natural spaces and its (much-coveted) summer cottages. The locals are keen to keep the vibe relaxed, so there are no motorized vehicles of any kind on the island.

If you’re willing to venture a bit farther afield, head to Nuuksio National Park. It’s just 30 minutes from Helsinki by car (buses are available, too) and filled with dense spruce and pine forests, lakes, and gorgeous hiking paths — not to mention chances to spot the rare Siberian flying squirrel and threatened wood larks.

5. The markets are top notch… 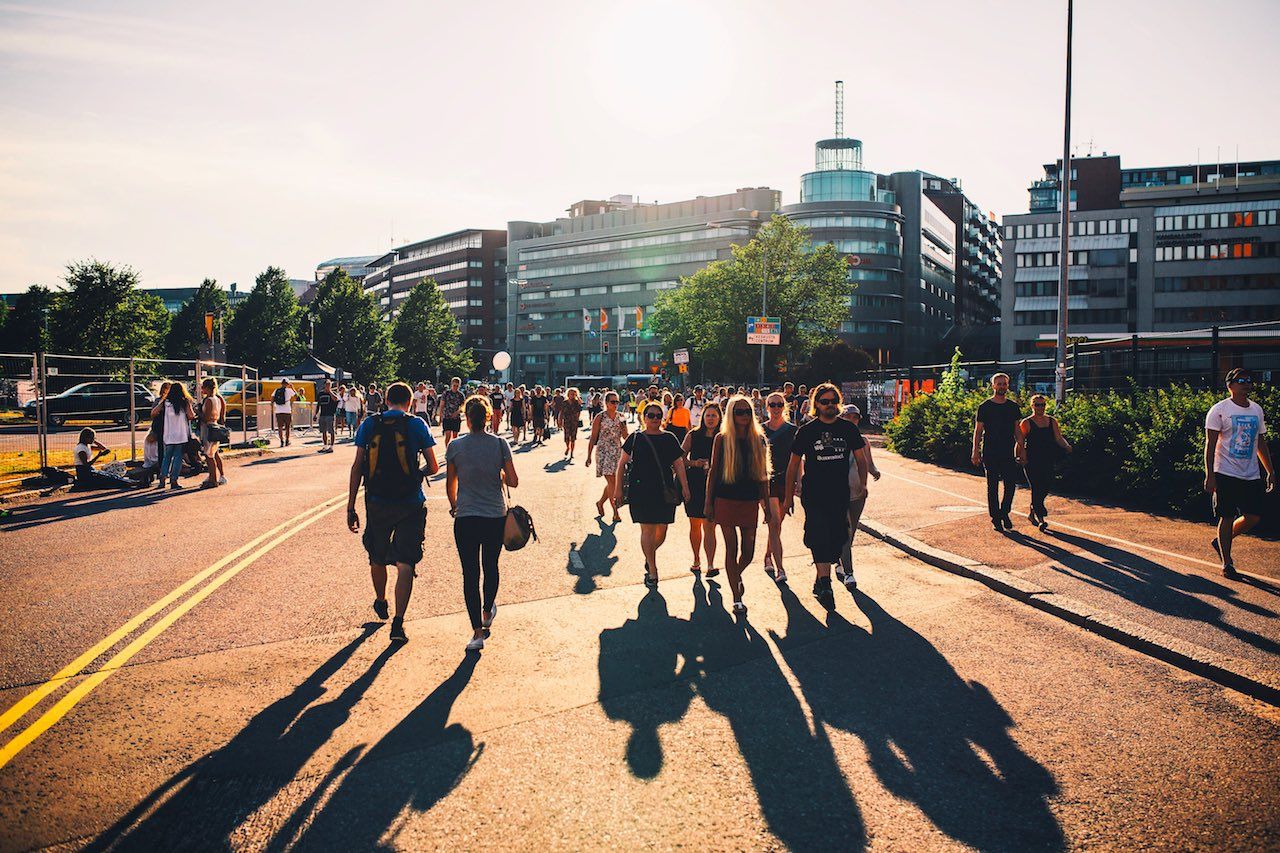 One of Helsinki’s coolest areas is Kallio, famed for its bars, clubs, and buzzing weekend nightlife. It’s also home to one of Helsinki’s best markets. On weekdays, at Hakaniemi Market Square, you’ll find merchants selling their goods from tents, and on the first Sunday of the month there’s a bustling farmers market. For prepared food, the nearby market hall is filled with vendors serving up everything from wild game to fresh Vietnamese rolls. 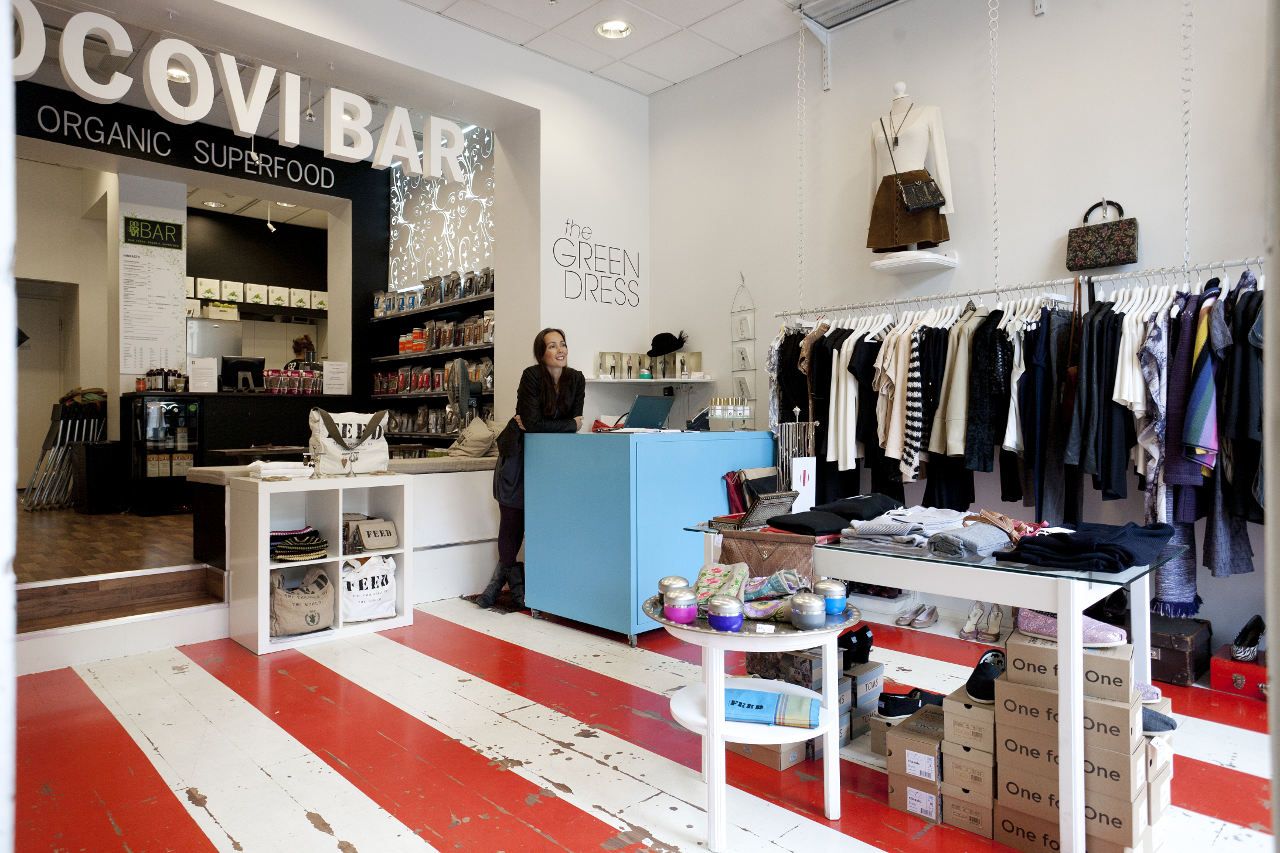 An initiative that groups together galleries, boutiques, and designers, the Helsinki Design District shows off world-famous Finnish design, with everything from glass and jewel studios to carefully curated concept stores, trendy boutiques, and Finnish fish skin leather designers. Added bonus: You’ll find all this in some of Helsinki’s prettiest districts, including Punavuori, Kaartinkaupunki, Kamppi, and Ullanlinna.

PS: Mention the code “StopOver Finland” for a discount when you shop at any of the listed stores.

7. There are so many idyllic small towns.

Thirty miles east along the coast from Helsinki, Finland’s second-oldest town — Porvoo — is home to parks, pubs, boutiques, and more than 800 years of history. Just wandering its pretty streets is well worth an afternoon…especially when you make a beeline for The Little Chocolate Factory. In summer, it’s possible to visit from Helsinki by steamboat. Picture cruising through calm waters lined with red shore houses. Your Instagram will thank us later. 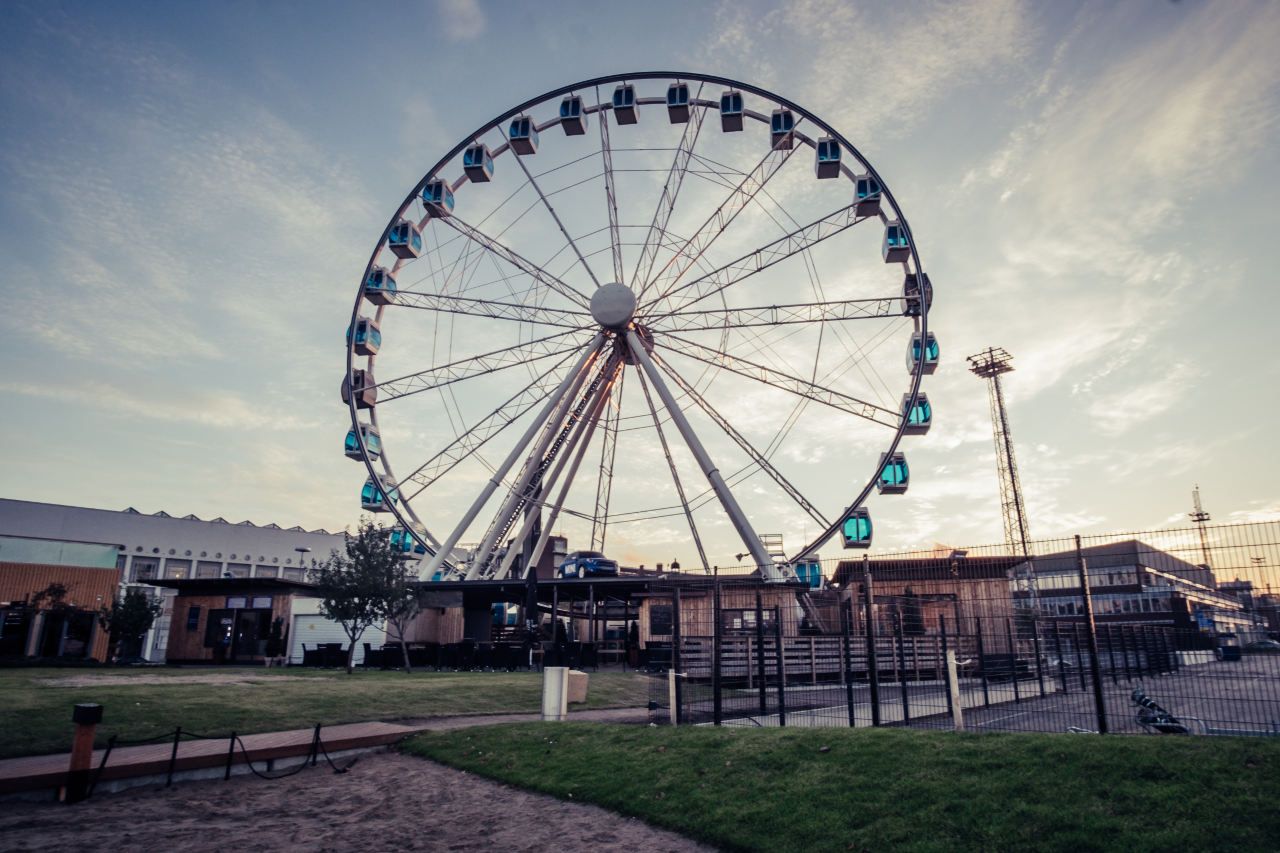 For a mini adventure, take the commuter train out to Malminkartano. This lush suburb of Helsinki is where you’ll find Malminkartanonhuippu, a roughly 300-foot hill with a 360-degree view of the city. On a clear day, it’ll finally make sense how the greater Helsinki region can be bigger than London, and yet have only an eighth as many inhabitants. (Spoiler: The answer involves a whole lot of forest.)

View seekers can also head to the SkyWheel Helsinki. It’s in the central harbor district, and here you’ll find not just incredible views, but incredible views from a sauna. Yep, there really is a sauna gondola. Welcome to Finland.

9. Some of the most incredible sights are the churches.

The neoclassical masterpiece that is the bright white Helsinki Cathedral might just be the most famous spot in the city. Then there’s Temppeliaukion — the Rock Church — which was carved out of solid rock in 1969.

The Lutheran Church’s Kamppi, known as the “Chapel of Silence,” is another peaceful retreat from city life. Built from wood in a beehive-like formation, it’s modestly sized, smack dab in the middle of downtown, and is the ideal place to take a zen break when you’ve just arrived in Helsinki after a long journey — especially if you had to fly through some of those airports that aren’t the best in the world.

Wherever you are in Helsinki, you’re never more than six miles from the sea, so there’s no excuse for not checking out the capital’s awesome beaches and outdoor pools. Hietaniemi Beach is arguably Helsinki’s best public beach. You’ll find it on the western outskirts of the city, and on a warm summer day you’ll need only to follow the crowds — it attracts Finns by the hundreds. In southern Helsinki, hop on a super short ferry ride — like, three-minute kind of short — to get to Uunisaari, another excellent spot to soak up the rays on warm summer days.

11. The Lakeland region is unreal. 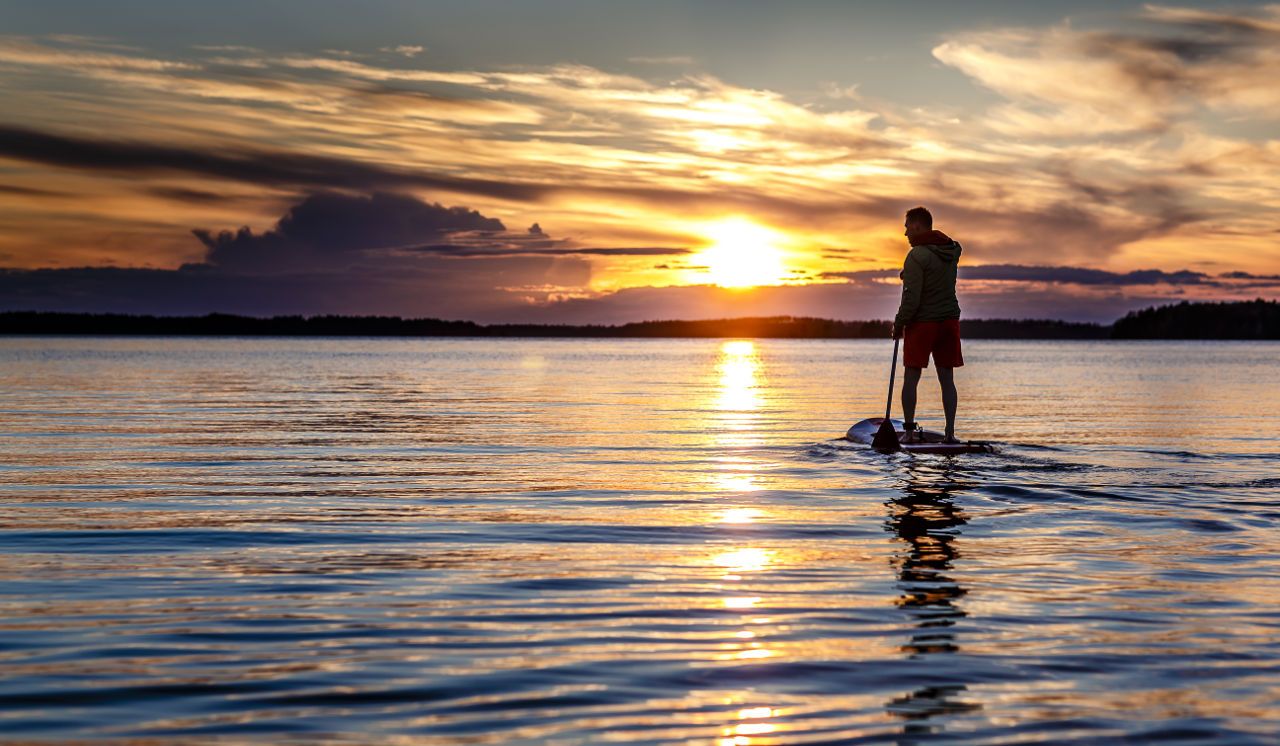 Home to endless lakes, islands, rivers, and canals, the Lakeland region in the southeast of Finland is beautiful. Consider making North Karelia your base: Hike, paddle, raft, cycle, pick mushrooms and berries in the forests, rent a summer cottage…and chill completely in the local spas.

If you can stretch your Finland stopover a little longer than 24 hours — and you really should — think about traveling to Lapland and the city of Rovaniemi, to greet the local reindeer, meet Santa (yes, even in the height of summer), and experience a place of true wilderness where the sun never fully sets.

13. There’s a whole country to explore.

How about checking out lively university cities like Tampere, or Turku in the southwest? The latter is the third-biggest city in the country, it’s known for its massive annual festivals like Ruisrock, and it’s home to a beautiful cathedral and medieval castle.

Once you start digging in, your options — stopover or otherwise — are boundless.

This post is proudly produced in partnership with Visit Finland.
Tagged
Travel Finland
What did you think of this story?
Meh
Good
Awesome