Perhaps, you’ve visited Chicago. Or Detroit, Indianapolis, or Milwaukee. These cities may give you the impression that you’ve seen all there is that’s worth visiting in the Midwest. But until you’ve taken the time to get to know its small towns, you don’t really know the Midwest. Once you do, you’ll see it’s more than major metropolitan areas.

The Midwest is also more than corn fields, cow tipping, and cheese-laden buffets. Historic downtowns, quirky traditions, and unspoiled nature contribute to the Midwest’s charm. Small towns, and their residents, make up a huge part of the Midwest most people never see. Instead of flying over or driving straight through, make a trip to these underrated small towns and see for yourself what the Midwest is really about. It’s time to set your stereotypes aside. 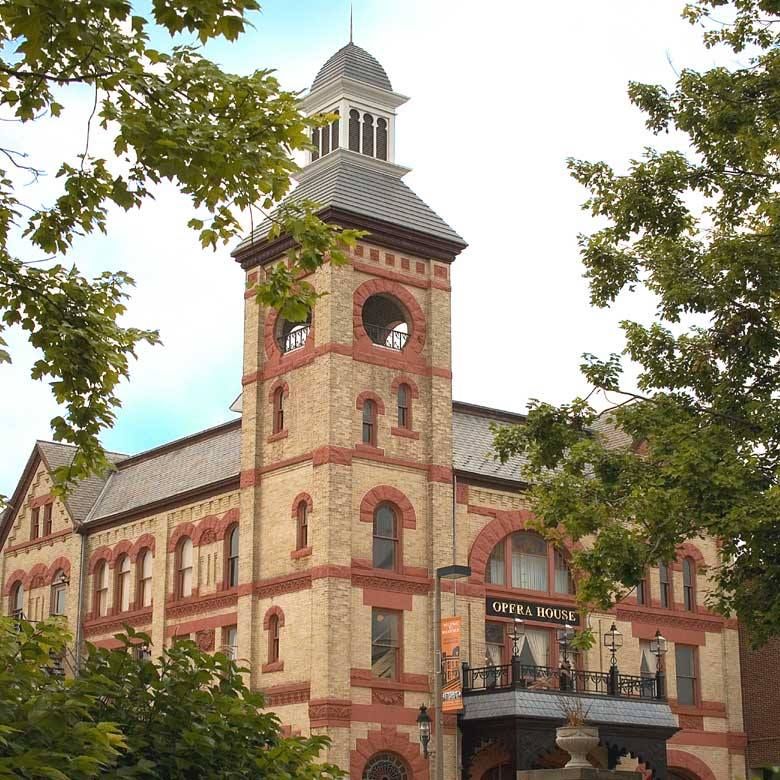 Just 51 miles northwest of Chicago, Woodstock is an ideal day trip from the Windy City. Woodstock has appeared in several films including “Groundhog’s Day” and “Planes, Trains and Automobiles.” It also influenced one of America’s great creative minds. Writer Orson Welles lived in Woodstock while attending the Todd School for Boys, which closed in 1954. Four years before his legendary “War of the Worlds” broadcast, Welles performed at the Woodstock Opera House. Today, catch a show dedicated to Welles on that same stage. Although fully modernized, the Opera House retains its historic character. 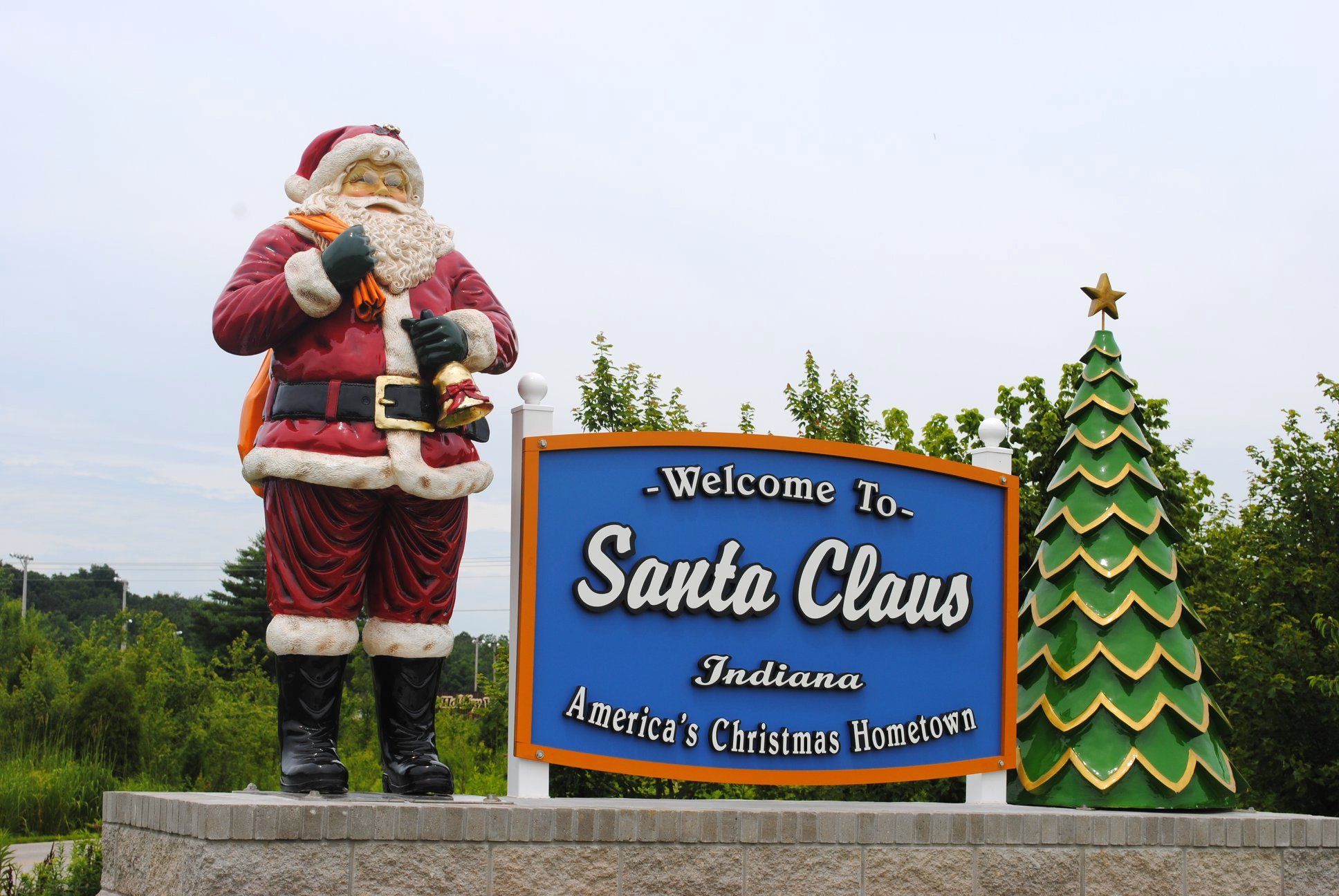 Craving some holiday spirit? Visit this Southwestern Indiana town where it’s Christmas year-round. Originally known as Santa Fe, the city chose the festive name after the USPS denied its request for a post office, stating that Indiana already had a town of the same name. Santa Claus has a variety of themed attractions, including a free museum where children can write letters to Santa. Whether you’ve been naughty or nice this year, Santa Claus is worth a stop.

During the 1840s, Bentonsport was a thriving port on the Des Moines River. Today, the town looks much like it did then, with shops and residences still inhabiting their original structures. Snap a picture on the town’s old truss bridge, or wander around the rose garden housed in the former lock and dam. If you don’t scare too easily, book a night’s stay at the Mason House Inn. Over the course of the inn’s 160-year history, three owners have died there, and one guest was murdered. Named one of the most haunted places in America, the inn served as a hospital during the Civil War. At least five spirits occupy the inn, according to owner Joy Hanson. 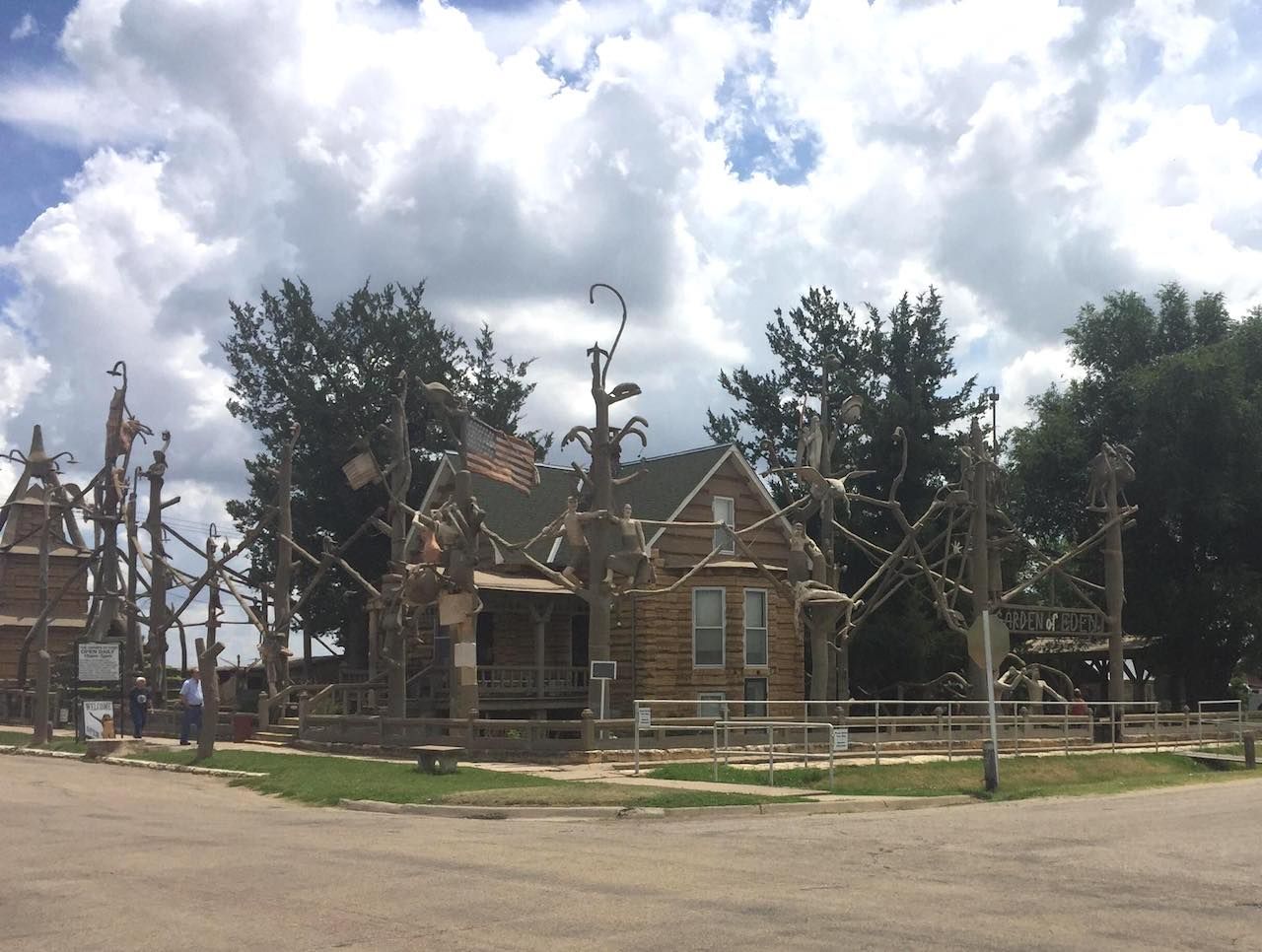 Photo: The Garden of Eden

Don’t miss the “Grassroots Art Capital of Kansas” where local folk art is found on nearly every corner. Get lost in the Garden of Eden, a permanent outdoor sculpture exhibit consisting of more than 150 works. Between 1905 and 1927, Civil War veteran and local artist S.P. Dinsmoor filled the space with sculptures depicting his interpretations of the Biblical creation, world history, and the Populist movement. 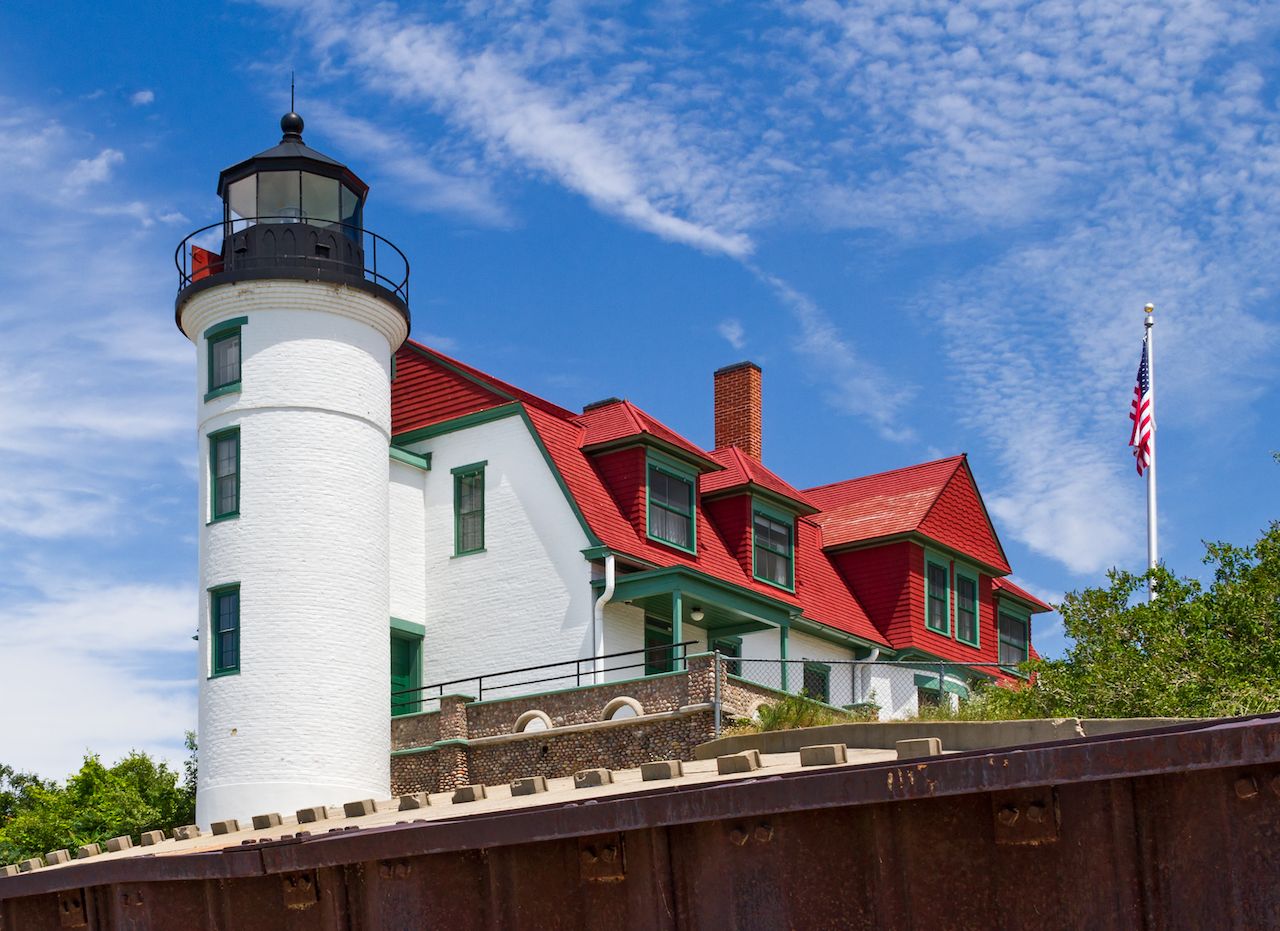 Located on the state’s historic M-22 highway, travelers often pass through Frankfort on their way to Traverse City. But, rather than rushing off to the crowds in northern Michigan’s most popular destination, why not set up camp (literally, if you so choose) in northern Michigan’s best-kept secret? Pack your cooler with beers from Stormcloud Brewing Company, and spend the day canoeing or tubing down the Platte River. Work off the brews with a sandy hike in nearby Sleeping Bear Dunes, or bike the 22-mile Betsie Valley Trail. 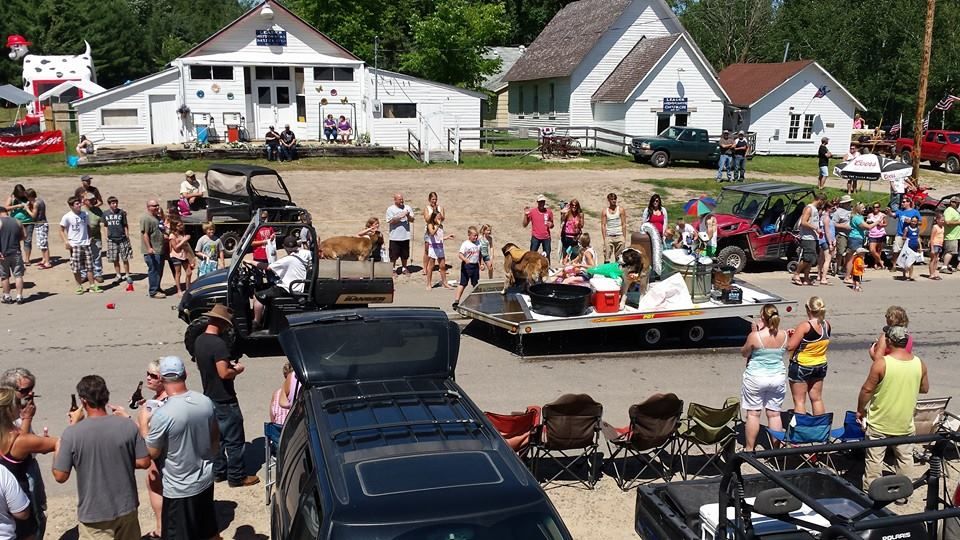 With single-digit residents, Leader doesn’t have a whole lot going on Monday through Friday. But, believe it or not, this small town is known for its weekend nightlife. The Bears Den, a popular neighborhood bar, hosts pig races. Pay $3 to watch piglets run around a track complete with obstacles. In the summer months, the races draw crowds of up to 500 people. 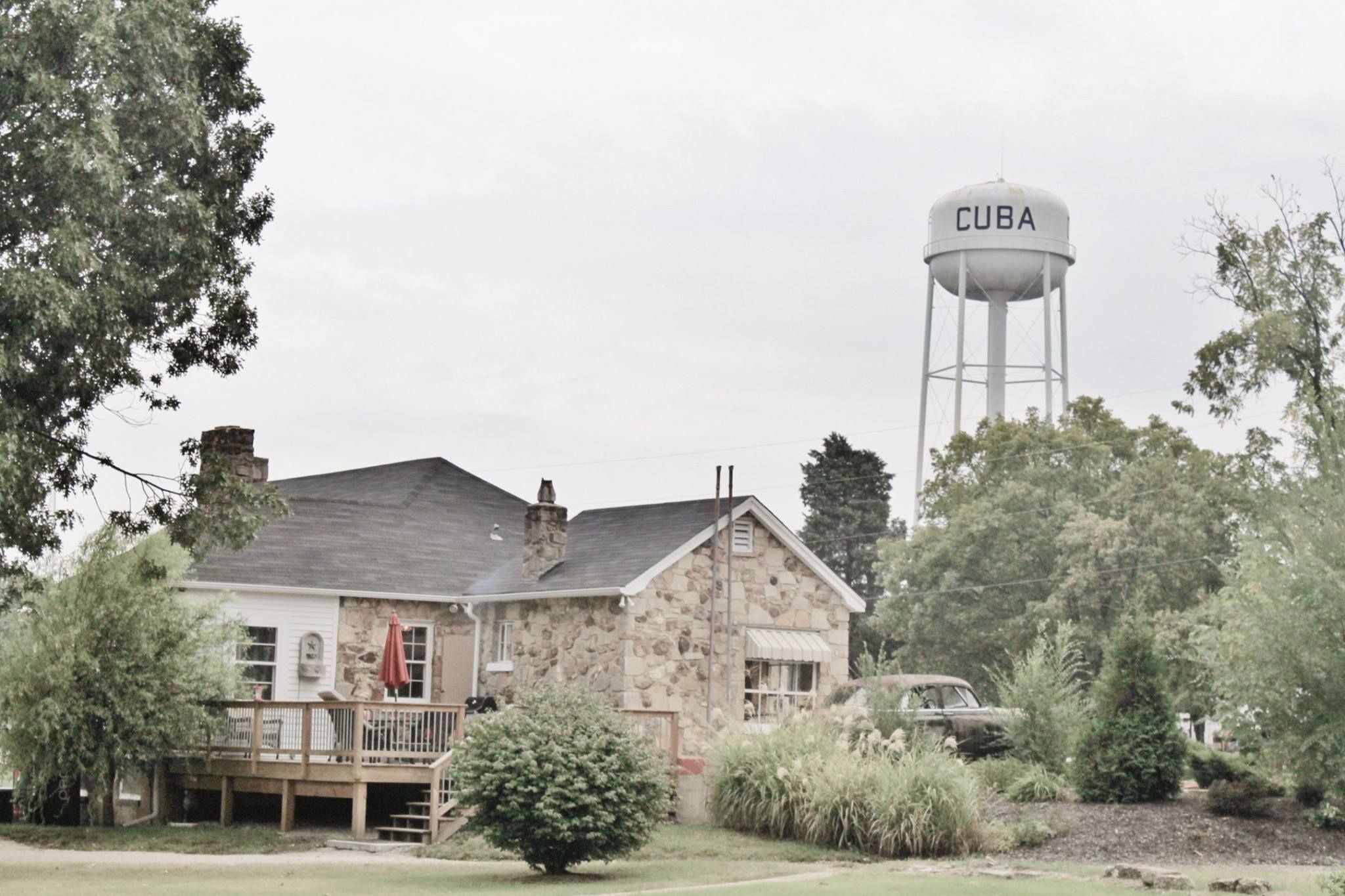 Regardless of current US global politics, you can still visit Cuba — Missouri, that is. A little over an hour’s drive from St. Louis, take in Cuba’s Route 66 charm. Four miles west of downtown, gaze up at the World’s Largest Rocking Chair. Stay at the Wagon Wheel Motel for the full Route 66 experience. 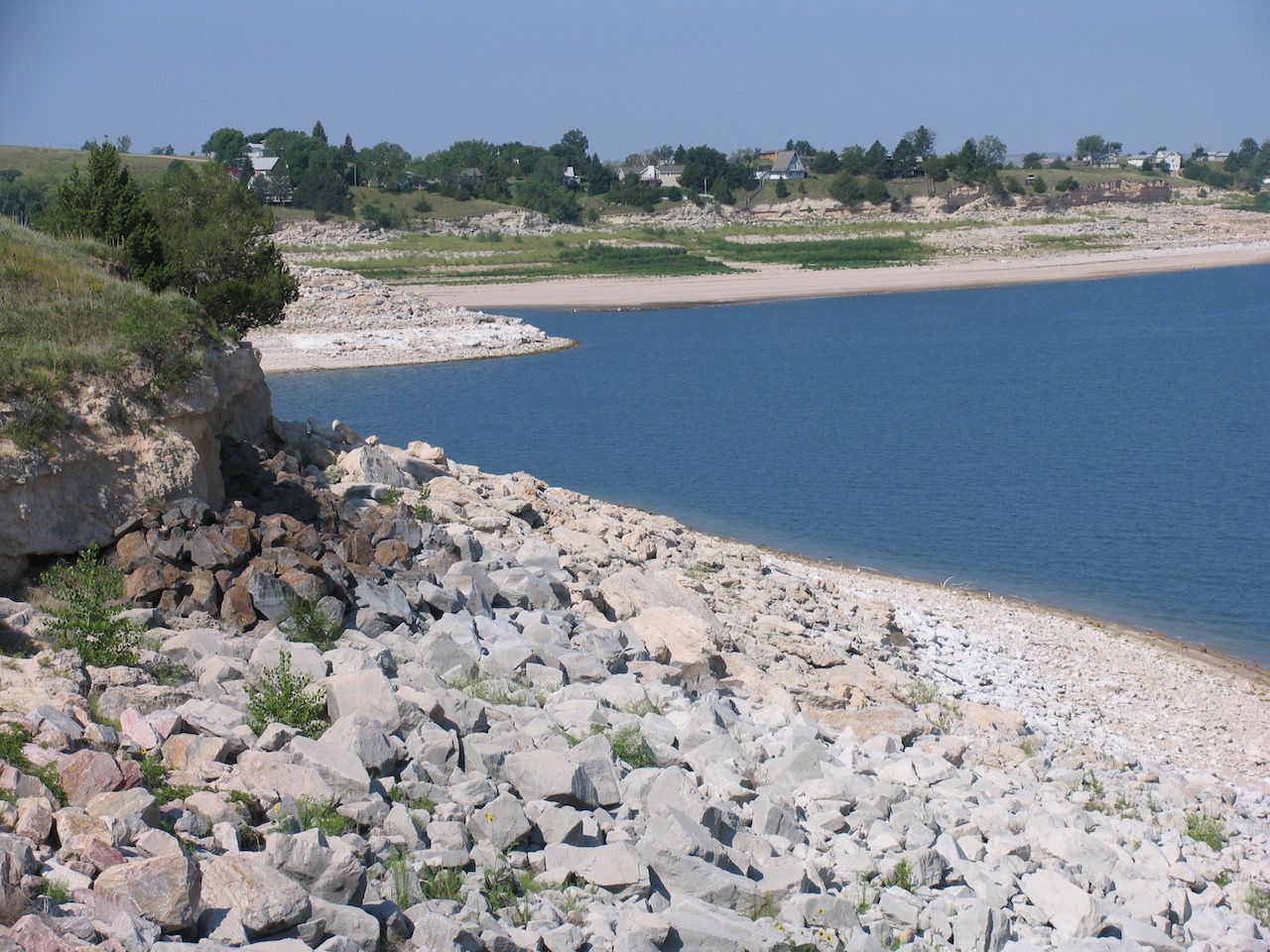 During frontier days, the West knew Ogallala as the toughest and most dangerous town in Nebraska. Because of the Union Pacific rail head located there, cowboys driving cattle from Texas consistently inundated the city. Liquor flowed, cards played, and bullets flew at the local saloon. If the Wild West-themed Front Street has you in the cowboy mood, visit Haythorn Ranch for wagon rides and chuckwagon dinners. Or retreat to the serene Lake McConaughy for some trout fishing. 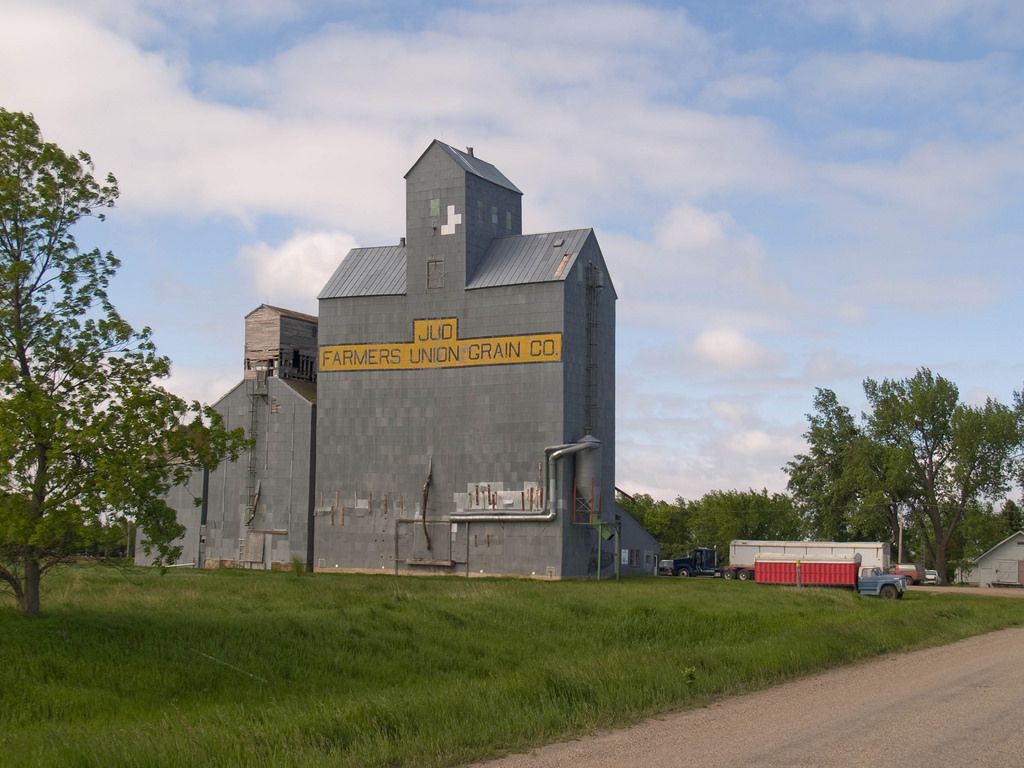 Known as the “Town of Murals,” Jud’s residents have painted nearly all the town’s buildings. The downtown stretches along an unpaved road, and the artwork ranges from landscapes and patriotic scenes to cartoon characters and postage stamps. Jud is 9 miles west of US Highway 281 and 25 miles south of Interstate 94. 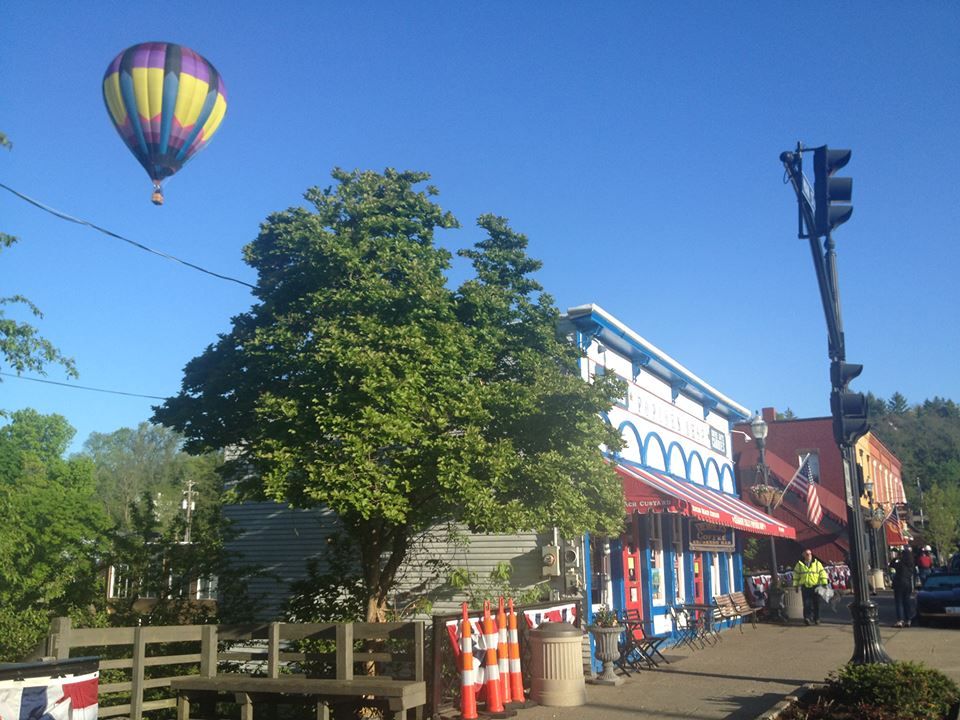 While it may seem counterintuitive to seek a relaxing stay in a town with a name like this, Chagrin Falls is a quaint stop between Cleveland and Akron. Chagrin Falls is the hometown of Calvin and Hobbes creator, Bill Watterson. In the downtown, nearby the city’s namesake waterfall, grab a snack at the Popcorn Shop, which was once a stop on the Underground Railroad. Still hungry? Stop in Dave’s Cosmic Subs for a sandwich and groovy vibes, man. 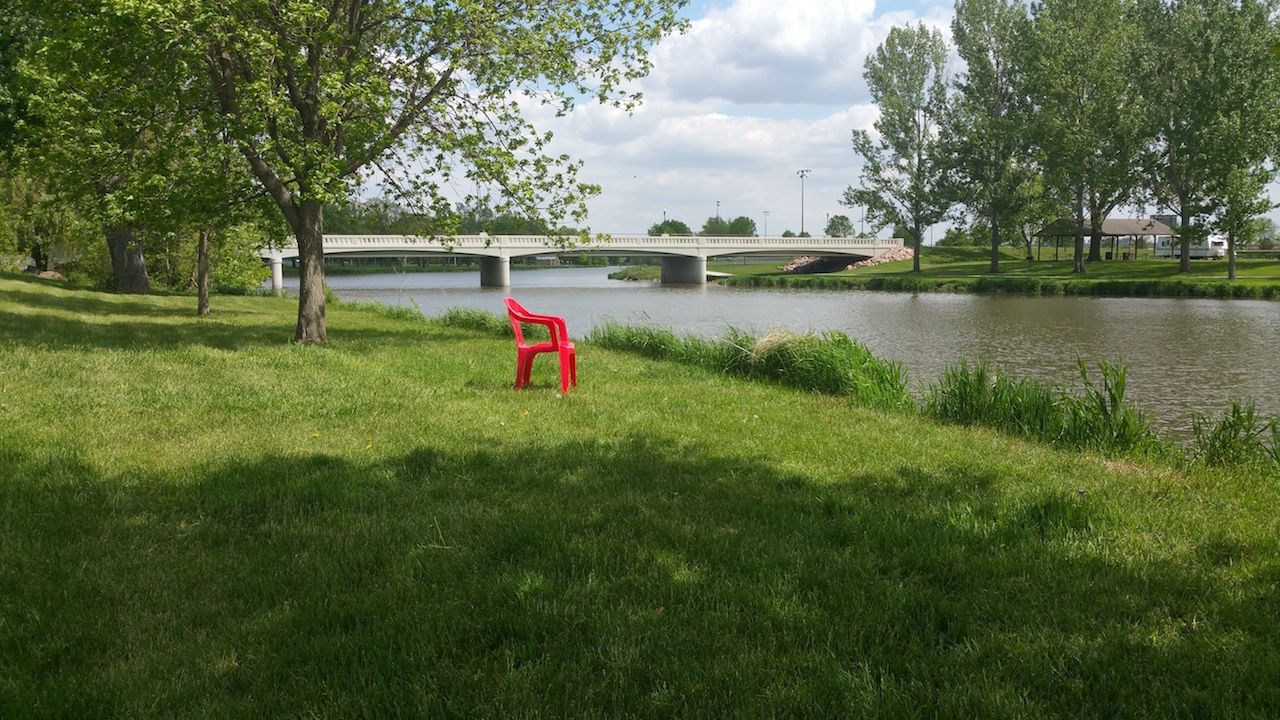 Stretching hundreds of miles long, a vein of Sioux Quartzite runs from the Wisconsin Dells to eastern South Dakota through Dell Rapids. After a fire destroyed a significant part of the downtown in 1888, residents rebuilt the south side of Main Street out of their most plentiful material: pink quartzite. Many structures retain their original appearance. If you’re in town on a Friday night, catch a high school football or basketball game and cheer on the Dell Rapids Quarriers.

See what’s happening under the big top in Baraboo. Once the headquarters and winter home of the Ringling Brothers Circus, the pride of the town is the Circus World Museum. After perusing the circus artifacts and exhibits, be amazed by the daily live circus performances featuring clowns on unicycles, and trapeze artists swinging through the air. Don’t forget the cotton candy! 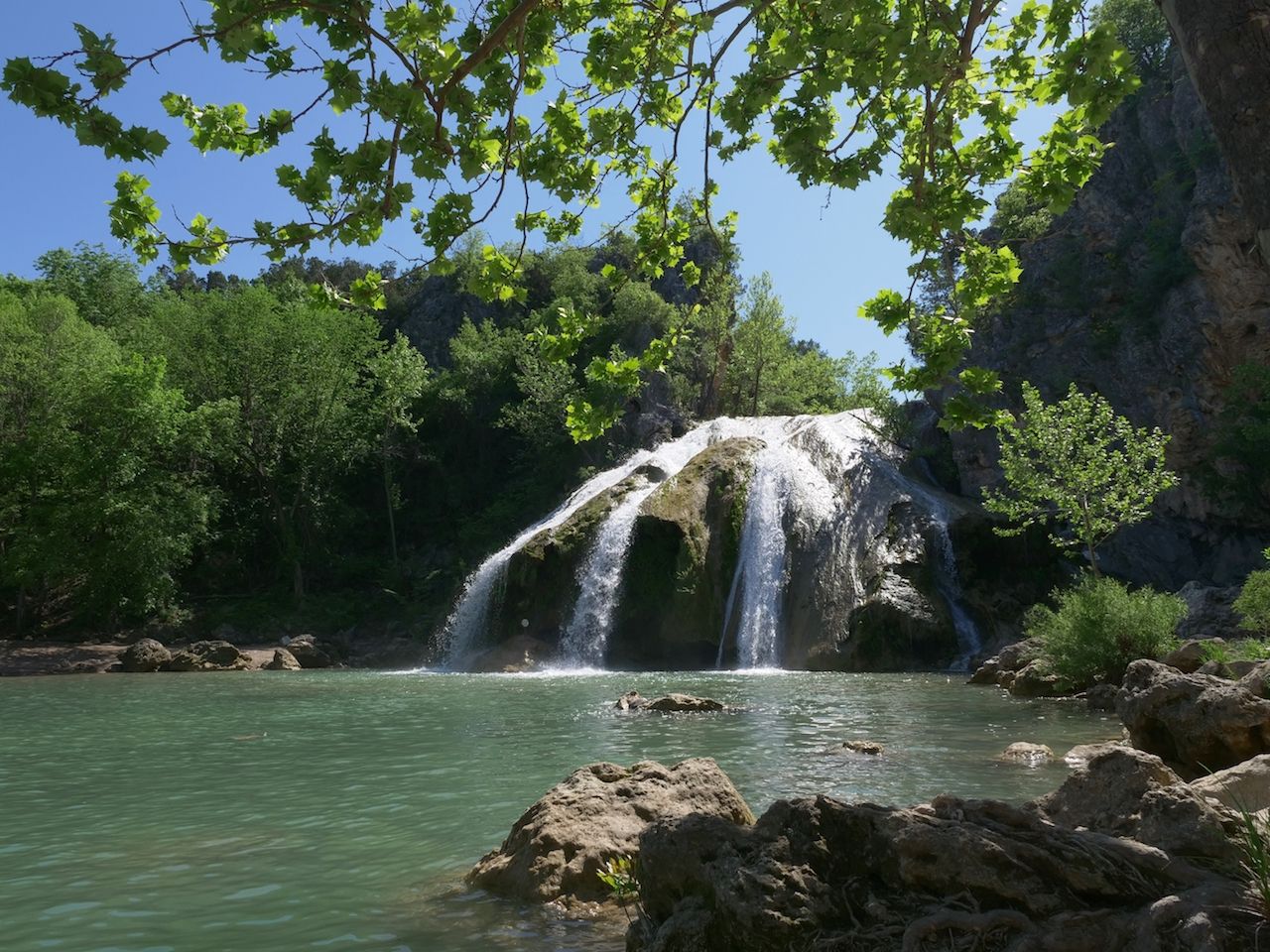 Nestled in the Arbuckle Mountains, Davis is home to Oklahoma’s oldest and largest park: Turner Falls Park. The park’s highlight is a waterfall, which cascades into a natural swimming pool. After a dip, hike the nature trails or explore the caves. If you’re feeling extra adventurous, ride the 80-foot high zip line through the mountains and over the river.

*This last one is a bit of a bonus. In the middle of the country, there’s serious controversy as to whether Oklahoma is part of the Midwest or the South. Not even Oklahomans agree! So, this great state debate rages on.