The food scene in Montreal is a foodie’s dream — with a huge diversity of dining experiences. In Montreal, you’ll find everything from local dishes to cuisine from different parts of the world. Some restaurants are known to mix international flavors with a hint of local. It can be hard to choose what to eat. Here’s a list of some must-try local dishes, unique snacks, and global foods. 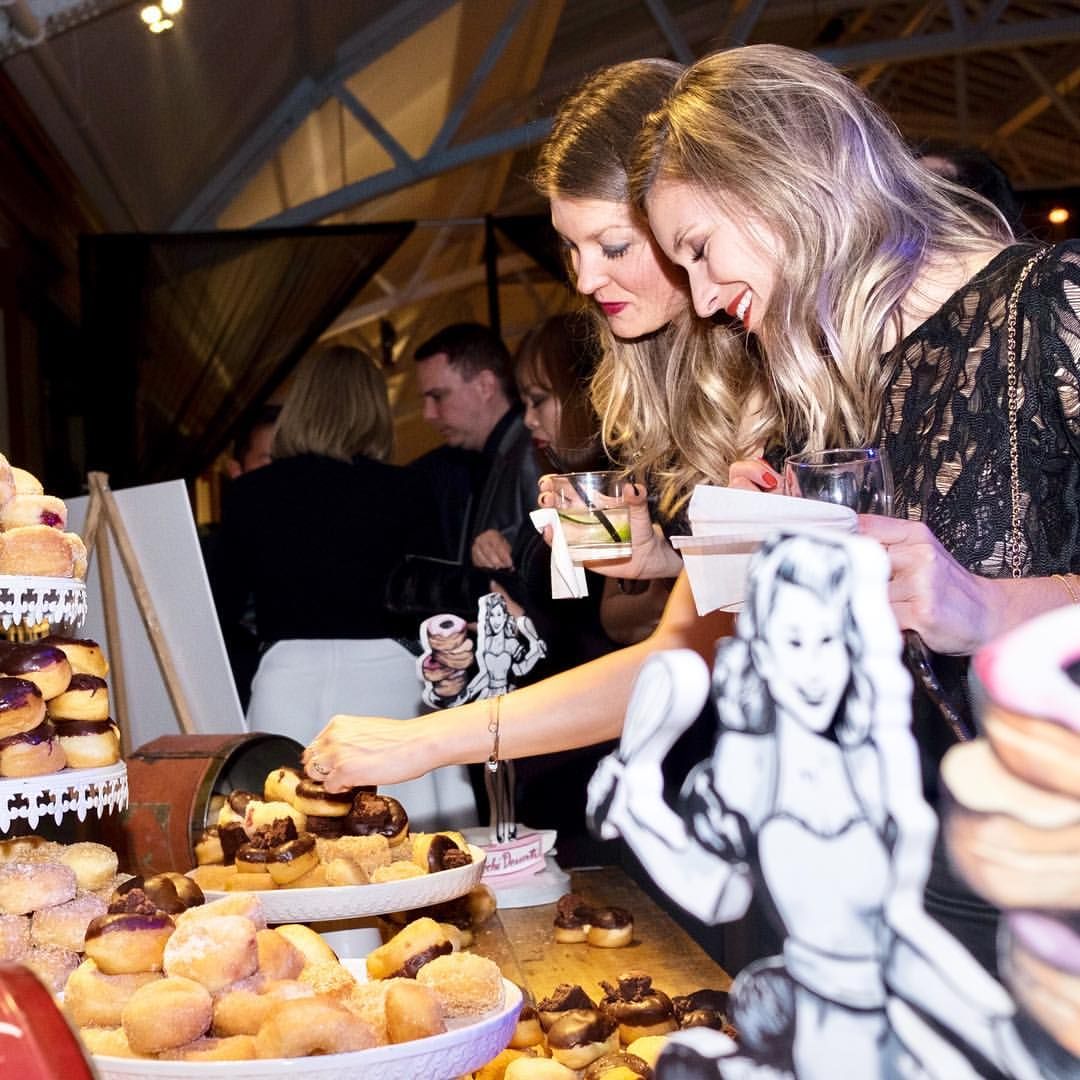 You can get maple donuts at any donut place like Tim Horton’s or Dunkin’ Donuts, but Leché Desserts serves several different kinds of maple flavored donuts which are delicious.

Montreal is home to the best “smoked meat,” akin to pastrami. To make smoked meat, beef brisket is salted and cured with savory spices, then left to absorb the flavors for a week. After that, the meat is smoked and steamed until it is tender and melts in your mouth. Schwartz’s Deli has been serving the most amazing smoked meat since 1928.

You can’t come to Canada without trying BeaverTails, a Canadian pastry that’s shaped like a beaver’s tail. 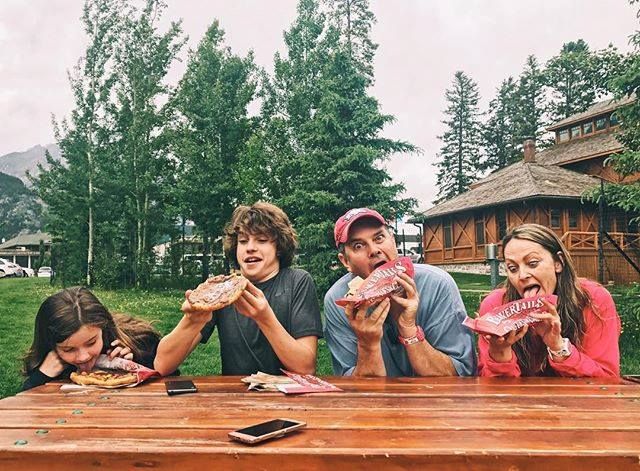 It’s made out of sugary fried dough topped with whatever you choose – chocolate, apple and cinnamon, chocolate-hazelnut spread.

Montreal is known for its diversity, and that includes diversity in food. Kem Coba is a lively ice-cream/sherbet/gelato spot becoming known for their inventive “duo” ice creams like raspberry-lychee & rosewater, lemon & blackberry, and almond & sour cherry. They even serve vegan ice cream! 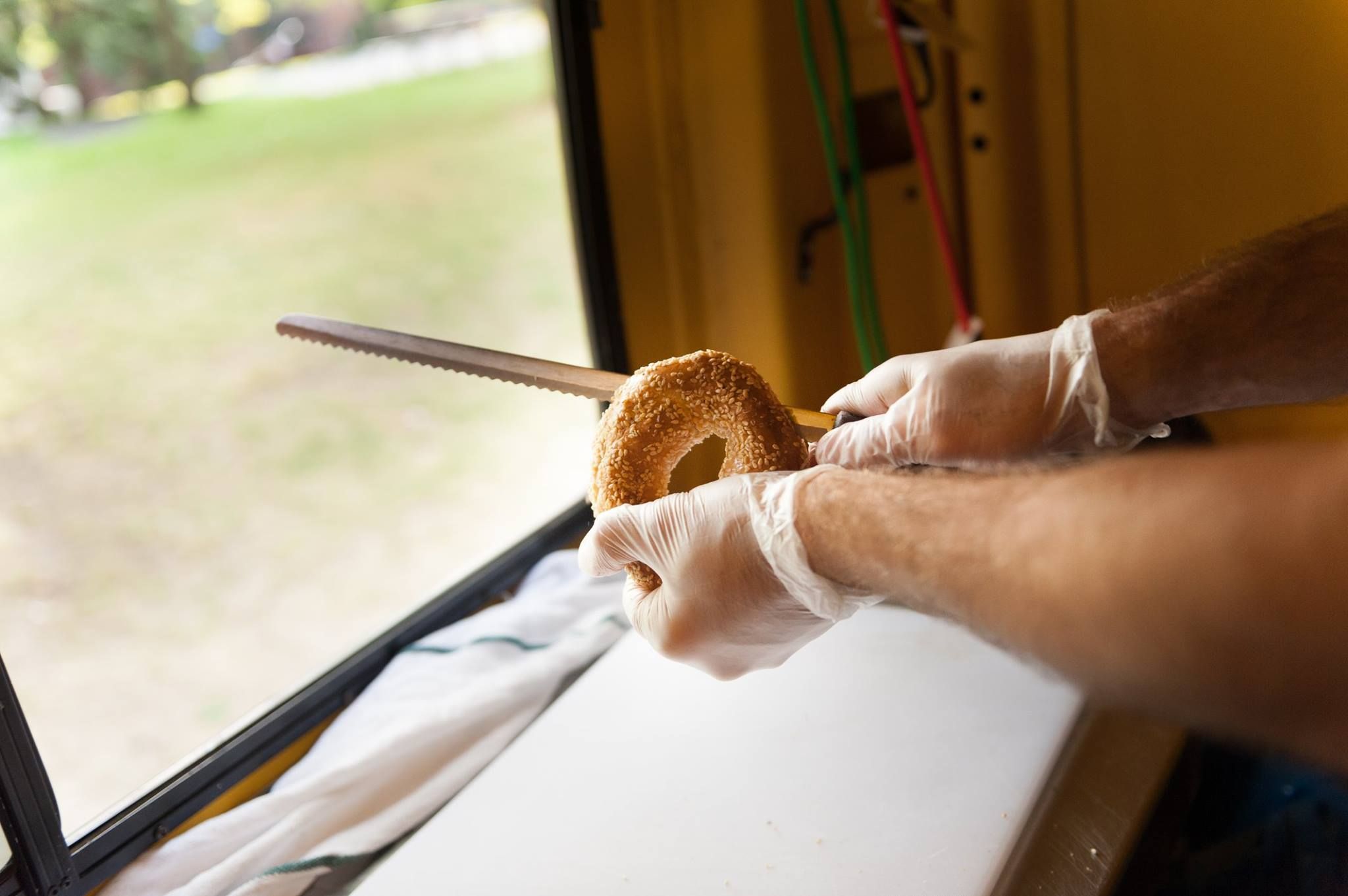 They boil the dough in honey water and hand roll each one individually and bake them in a wood-fired oven.

Head to La Diperie and gobble down award-winning creamy ice cream dipped into 20 different kinds of Belgian chocolate dips. Choose from over 40 different types of toppings and create an ice cream cone that looks like it came straight out of a fairy tale.

The Gibreau Orange Julep restaurant, which is shaped like an orange, is a classic Montreal symbol, and sits off the highway, outside of the city center. They serve fast food like hot dogs and fries, but their signature Orange Julep drink – orange juice with a secret ingredient that make it creamy and sweet – is a must-try.

Ice cream in a fish cone

Where can you get ice cream in a cone shaped like a fish? In Montreal, of course. 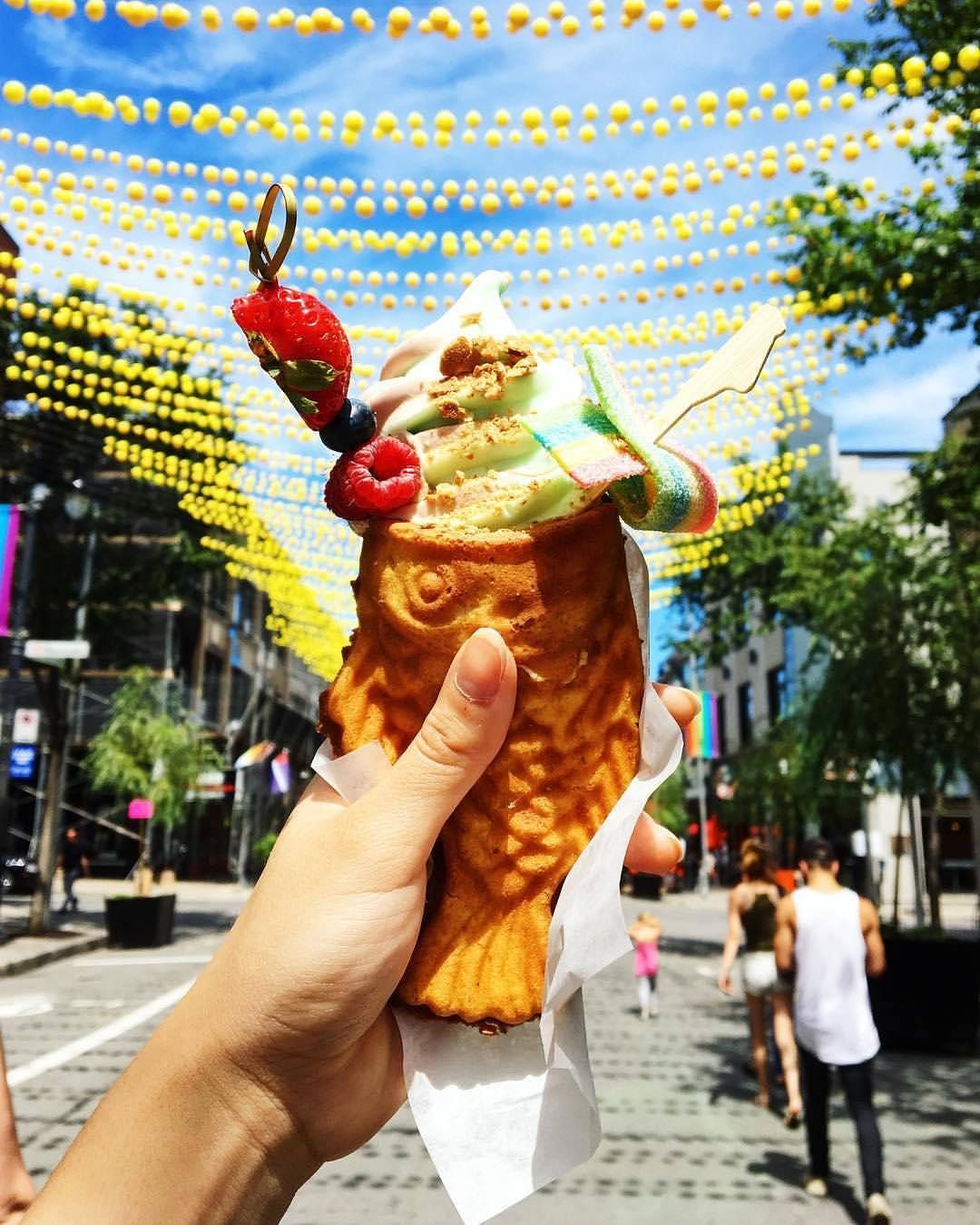 Montreal has caught on to the fish-shaped cone craze, which is already available in other cities like Toronto and New York City. Head to Kamehameha Snack-Bar, a Hawaiian-themed restaurant to get some Islands-worthy ice cream in a fish cone.

My Australian friend swears that the Australian pies at TA Pies et Superette are as good as the ones in Australia. The website even features a quote by Australian actor Hugh Jackman calling their meat pies, “The best in the world.” So, when in Montreal, grab a steak, bacon and cheese pie and pretend you’re in Australia.

Sometimes, a great meal isn’t just about what you’re eating. It’s also about how it’s being served, and it doesn’t hurt if it’s not expensive. Head to Drogheria Fine, a takeout counter run by a very welcoming Italian family. 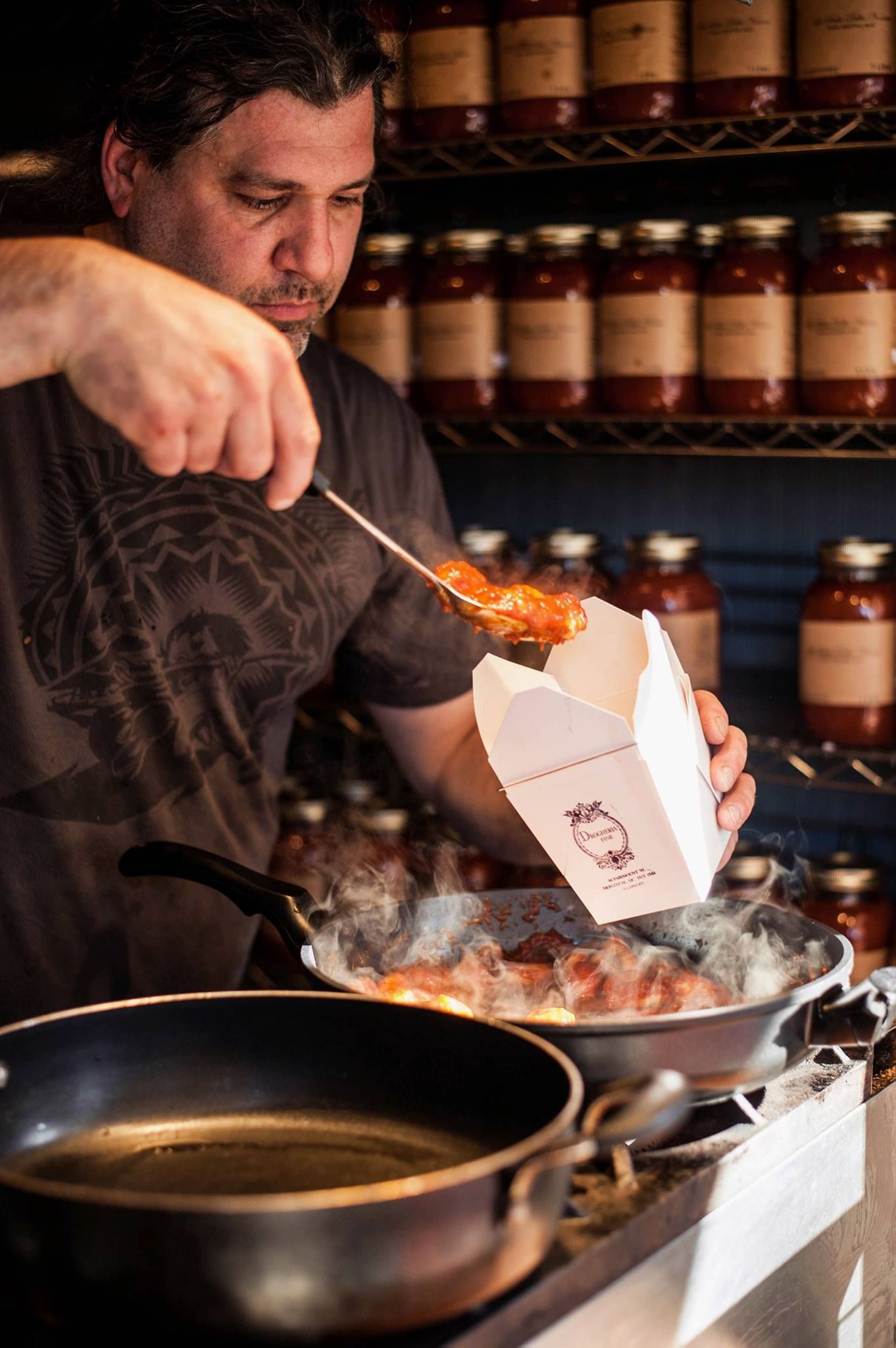 For $5, you get a generous portion of soft, homemade gnocchi that just melts in your mouth, topped with their award-winning pasta sauce.

Paté Chinois is French-Canadian dish that’s similar to Shepherd’s Pie. It’s made with a bottom layer of ground beef, a middle layer of canned corn and finished with a top layer of mashed potatoes. It’s then baked and optionally spiced. Paté Chinois is one of the most popular comfort foods in the province. Head to La Binerie Mont-Royal to try the best. 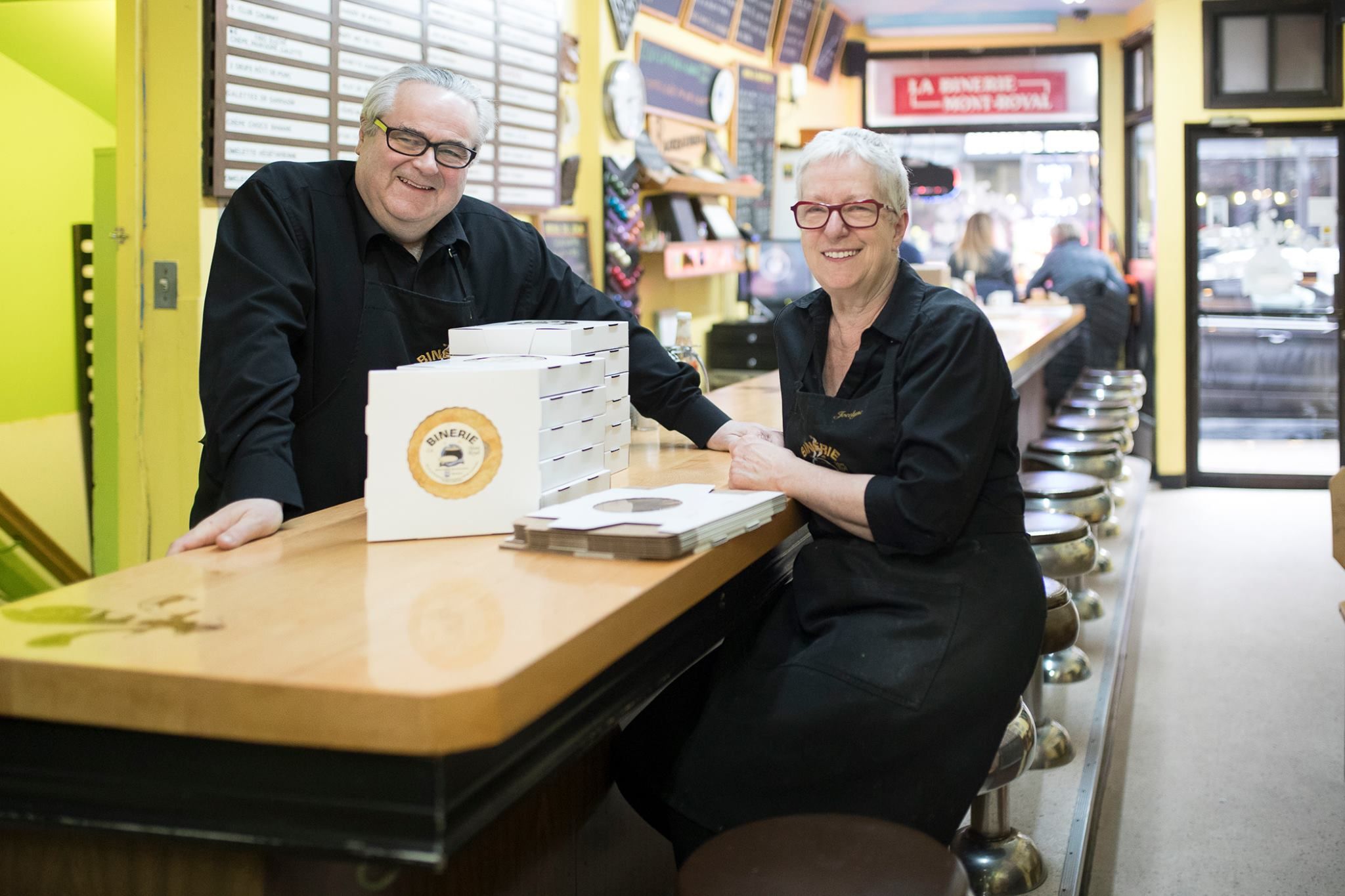 They’re also available at several Irish pubs in the city.

Bacon caesar salad in a bowl made of bacon

Bacon fans, rejoice – there is a restaurant entirely devoted to bacon, where almost everything on the menu is made of bacon or has bacon in it. At Bar Brutus, you can get delicious bacon caesar salad, in a bowl made of bacon.

If a bacon and pepperoni pizza isn’t enough to satisfy your craving for greasy food, you can get pizza with bacon, pepperoni and poutine on it. The poutine pizza only emerged recently when a little diner called Pizza George le Roi just outside of Montreal started serving it. If you’re in Montreal, Les 3 Brasseurs serves a delicious poutine flatbread.

Fish and chips at Brit and Chips 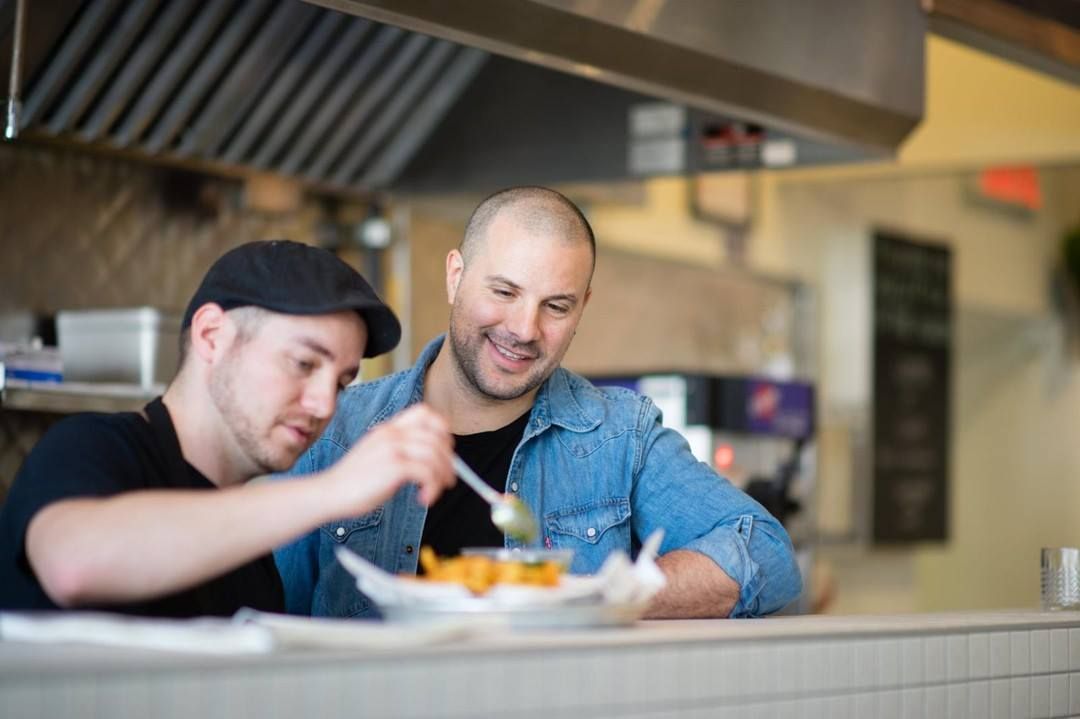 They combine traditional fish and chips with some of the local flavor and style found in Montreal. Try the haddock in maple syrup batter, the sole in sour cream and onion batter, and other flavorful ones.

Montreal has an impressive list of craft beer and even hosts craft beer tours. Stop by Brutopia Brew Pub, a large three-level microbrewery/bar. You may have trouble choosing from their big selection of home-brewed beer.

If you ask anyone who lives in or has been to Montreal for food recommendations, it’s guaranteed that the first thing they will say is “poutine.” Poutine is the most famous French-Canadian dish; it originated in Quebec and is the most popular “gourmet” fast food in Montreal. 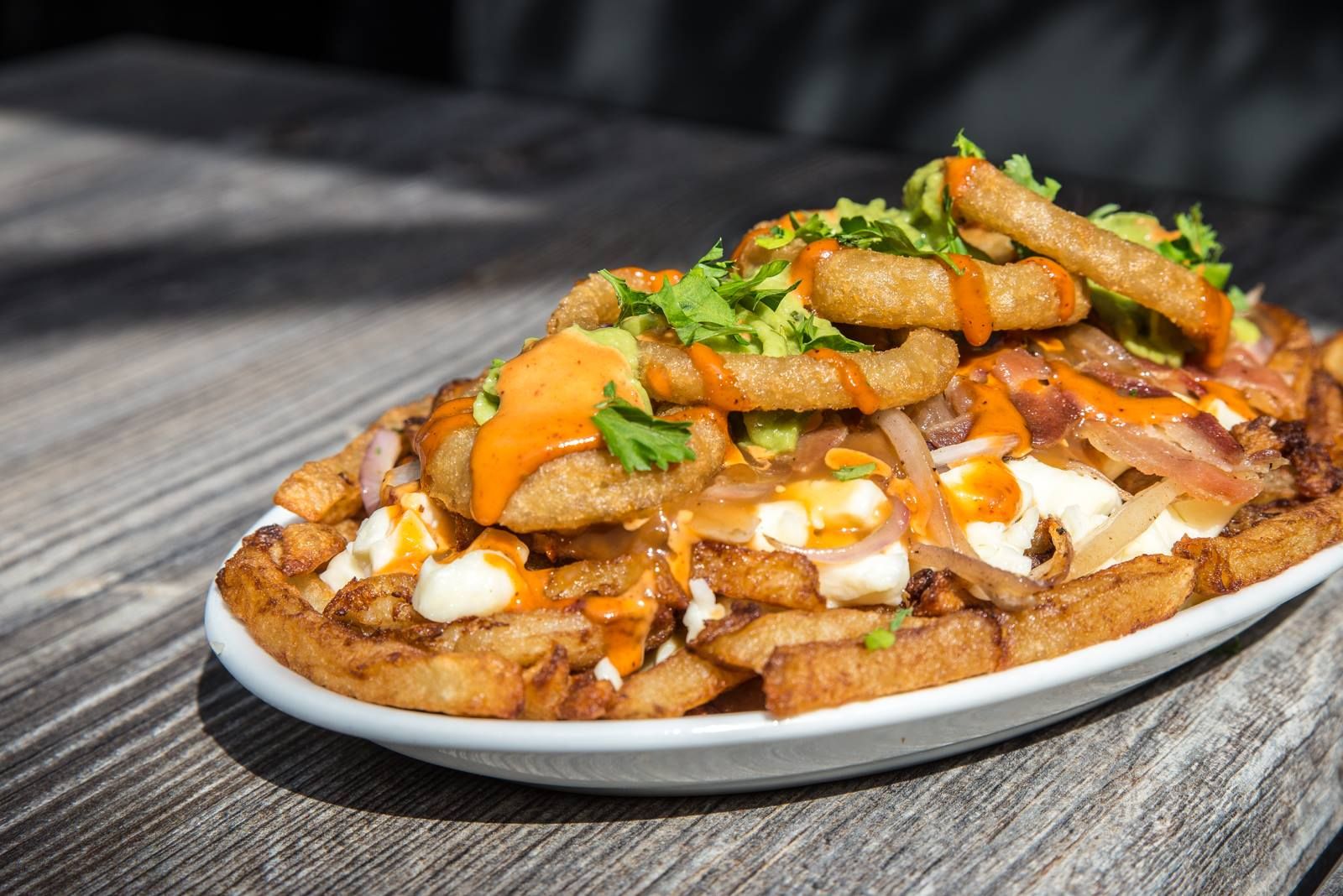 The classic poutine is made of fries topped with mouth-watering gravy and cheese curds. You can find it everywhere, even at McDonald’s. But for the best experience, head to La Banquise, a 24-hour diner that serves the best poutine in Montreal – there are over 25 different types to choose from!

Lanzhou, China, is known for its specialty hand-pulled noodles. In a Chinatown, Montreal, you can watch as a skilled noodle chef kneads and pulls dough to create long strands of noodles in all shapes and sizes – flat ones, round ones, thick ones, and thin ones. Head to Nouilles de Lan Zhou and try their specialty noodles, served in an aromatic broth with slices of tender beef.

Montreal has caught on to the poke craze. Poke is a Hawaiian dish which consists of raw fish, salad and rice or quinoa, topped with flavorful sauce. It’s kind of like sushi in a bowl. 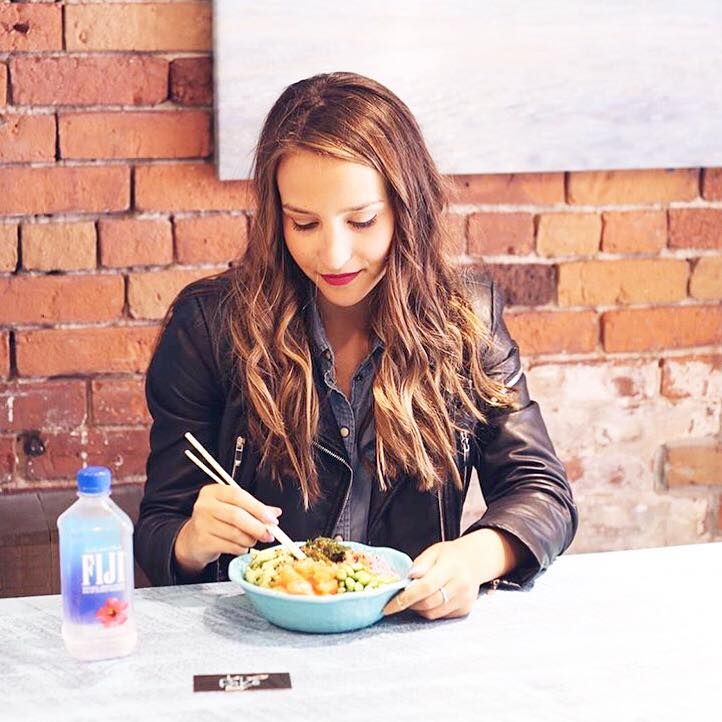 Take a stroll down the bustling Crescent street in the heart of downtown Montreal and head to Le Poke Bar for some refreshing poke.

Nothing beats a good, hearty portuguese chicken meal. At Ma Poule Mouillée, they serve tender Portuguese chicken, grilled to perfection, and topped with a traditional Portuguese sauce that has been in the chef and owner, Anthony Alves’ family for generations.

13 epic Airbnbs in Montreal for a bachelorette weekend