The sweet aroma as you approach the little red-roofed chalet signals fresh pastries straight ahead. But these aren’t just any baked goods. They’re a giant, deep-fried delicacy called BeaverTails, and like the equally popular Nanaimo bar, they’re as symbolically Canadian as the buck-toothed rodent they’re named after.

What is a BeaverTail?

They’re not real beaver tails, of course (although a smaller number of people eat those as well). This BeaverTail is a ball of whole-wheat dough that’s hand-stretched into a long, flat oval — the same shape as its namesake. Like many other types of donuts, it’s then deep-fried in canola oil and served piping hot in a paper sleeve.

What are BeaverTails made of?

The traditional version is sprinkled with a mix of sugar and cinnamon, but you can also slather your pastry with toppings like chocolate hazelnut spread, maple cream, crushed chocolate bars or cookies, fruit, and even another Canadian classic — poutine. 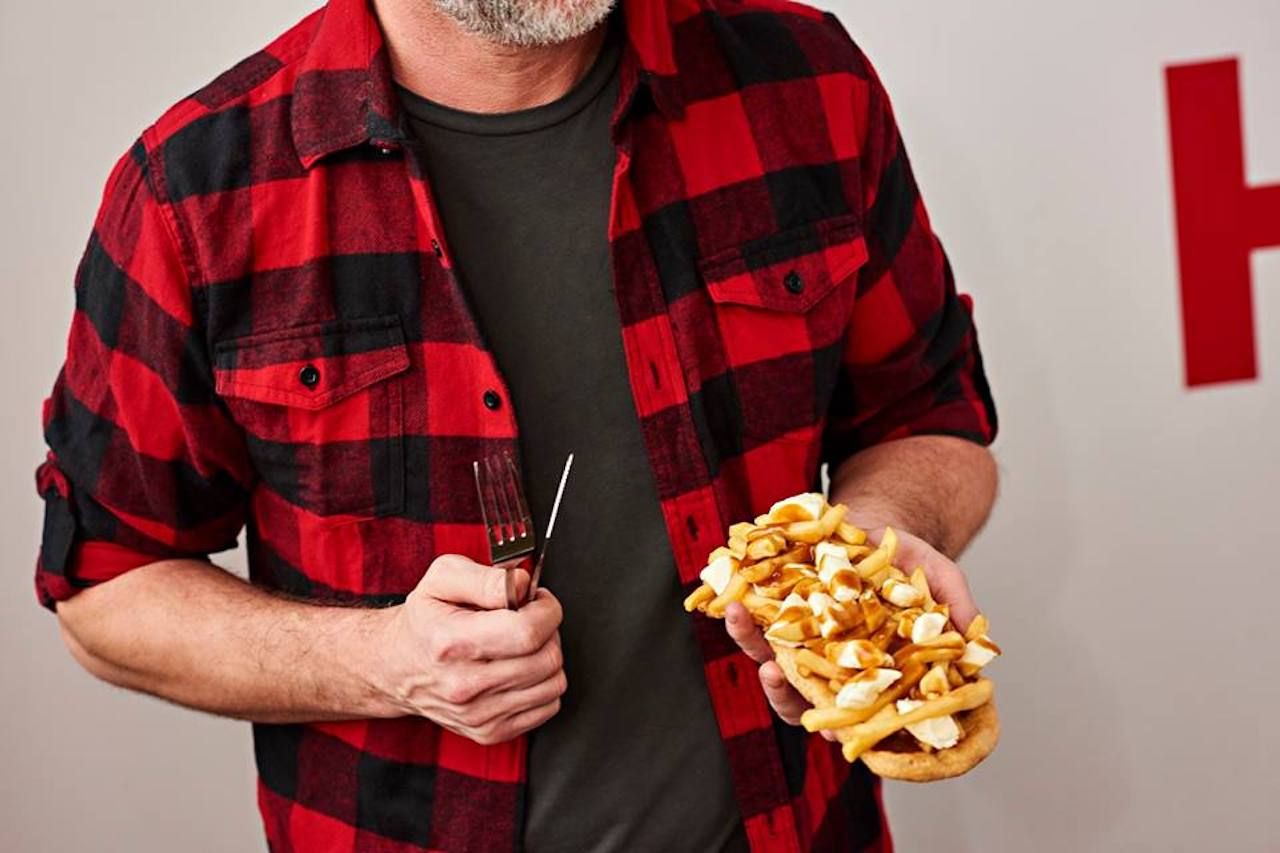 BeaverTails can be as national or as local as you want, the latter paying homage to Canada’s regional food specialties. In Vancouver and Whistler on the west coast, for example, you can top the deep-fried dough with fresh salmon, cream cheese, and capers. At Mont-Tremblant Ski Resort near Montreal, there are steak tails and ham-and-cheese tails, both a tribute to Montreal’s famed smoked deli meats. There’s even a decadent lobster tail in the east coast city of Halifax.

BeaverTails are so iconic they’ve popped up as nods to Canada on television shows like Jeopardy and South Park and in the board game Trivial Pursuit. There’s even an ObamaTail, which was created specifically for President Barack Obama during his trip to Ottawa during his first official trip to Canada in 2009. For the record, his pastry was topped with cinnamon, sugar, and a large chocolate and maple-syrup-flavored “O.” 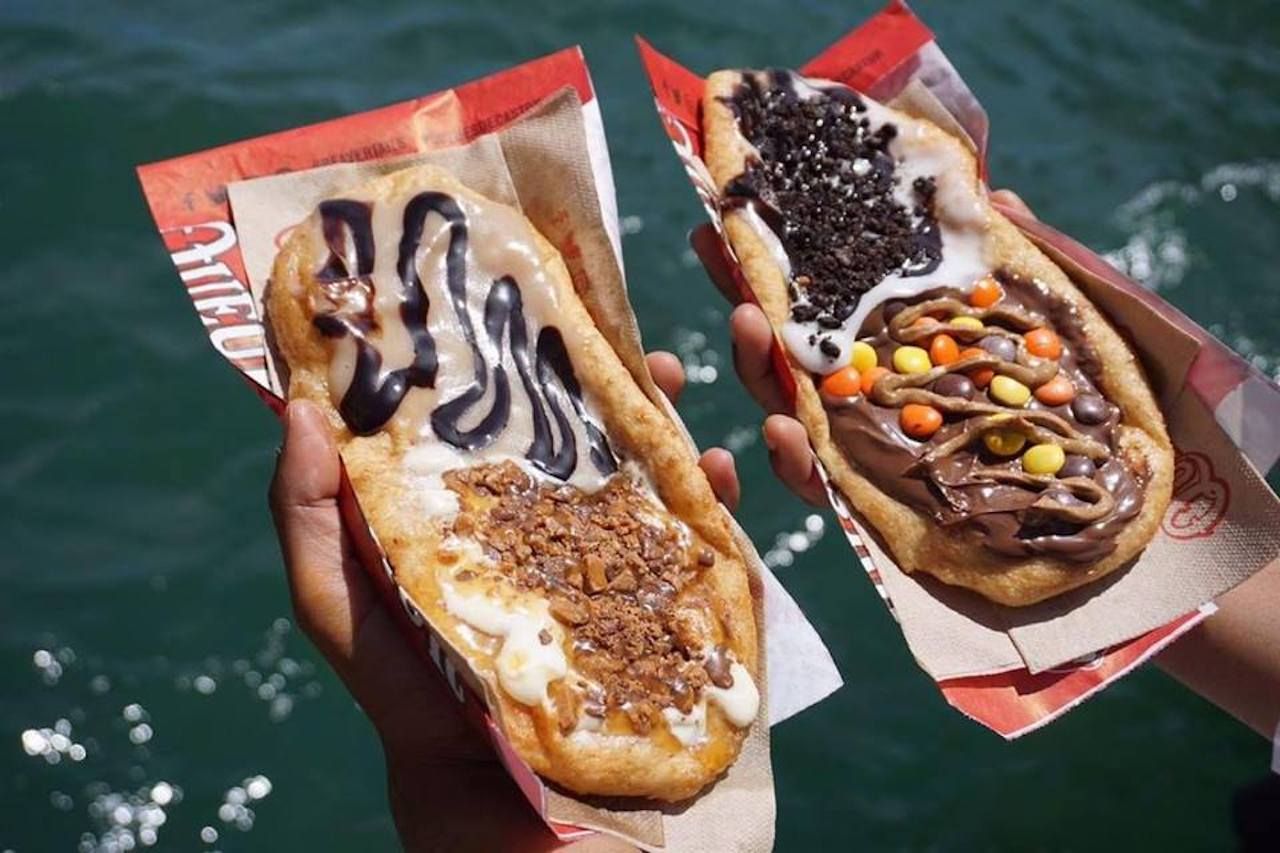 The gooey goodness started in 1978 when Grant Hooker and his wife Pam began selling the classic version of their pastries at a local community fair near Ottawa. According to Grant, the recipe came from his German-Canadian grandmother who called them “keekla.” He says she would make the treats for breakfast and top them with either sugar and cinnamon, butter and jam, or butter and honey.

When the couple’s daughter observed that the oblong pastries looked like beaver tails, a light bulb went off. After all, beavers are Canada’s national animal and are even featured on Canadian currency. The Hookers renamed their treats “BeaverTails,” and the rest, as they say, is history. Now these Canadian donuts can be found all over the country. 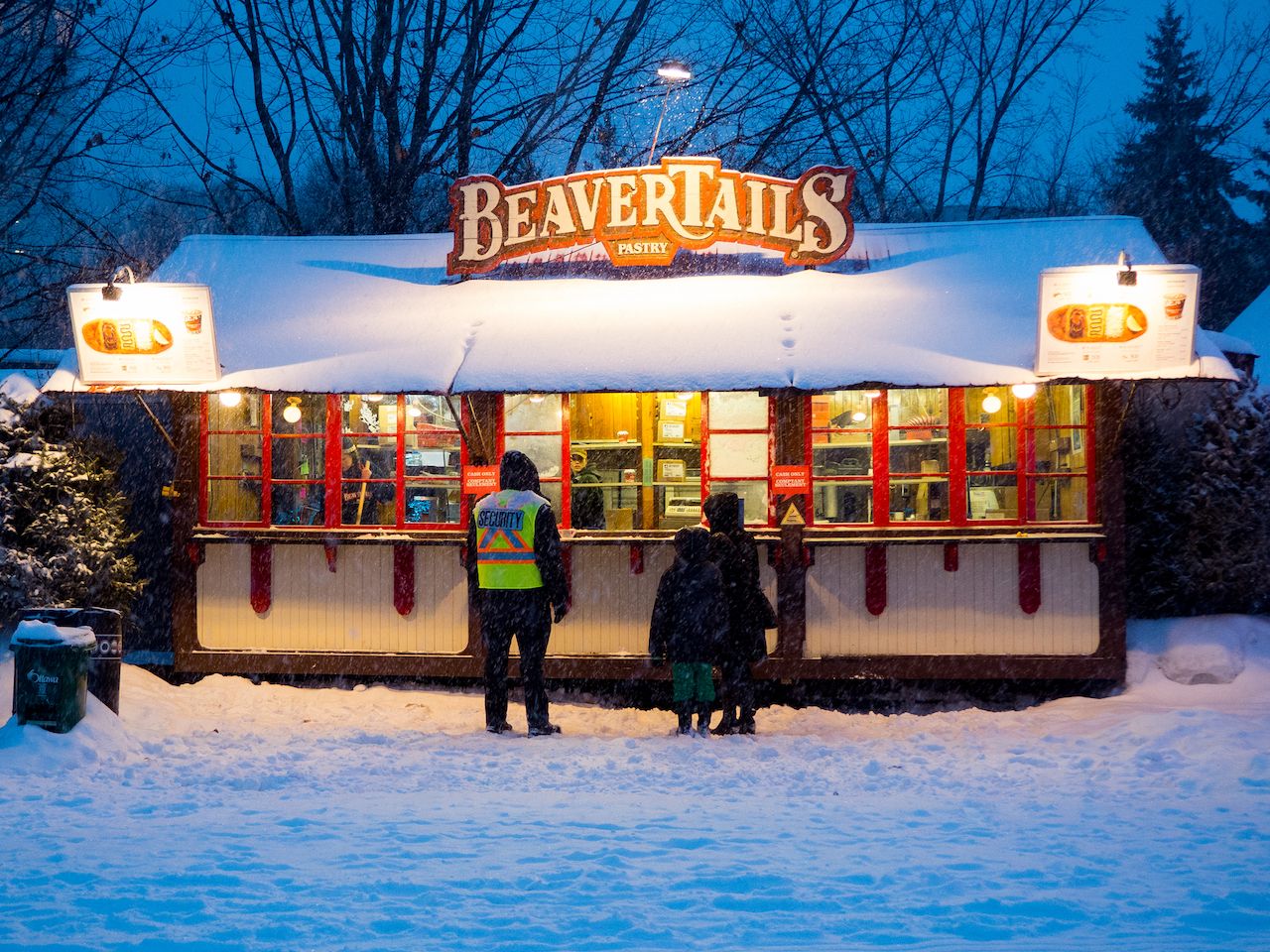 The Hookers opened their first shop two years later in Ottawa’s historic ByWard Market. In the winter, they also sold their pastries along the landmark Rideau Canal, which is home to one of the world’s longest outdoor ice skating trails. The BeaverTail pastry was a hit with skaters, who welcomed the quick burst of energy and warmth. In fact, warm desserts are popular in countries like Canada, where the winters are harsh.

Are BeaverTails only in Canada?

Visitors and local residents alike fell in love with the BeaverTail’s crisp-yet-chewy texture and doughnut-like flavor. Word spread, and over the years so did the number of franchises. Four decades after the shops opened in 1978, you can find BeaverTails kiosks and food trucks in more than 140 locations worldwide. They’re sold in high-traffic tourist spots across Canada, from Niagara Falls to the Toronto waterfront to the mountain resort town of Banff.

Beavertails are also available in Mexico, France, the United Arab Emirates, and Japan.

Can you get BeaverTails in the US?

The pastry shops began expanding in 2009, but according to MyRecipes, BeaverTails only became available in the United States very recently. Since around 2018, BeaverTails became available in the United States. There are also franchises all over the country, in states like Utah, New Hampshire, Tennessee, and Arkansas. However, availability is still limited — there are plenty of recipes available online if you want to make your own. BeaverTail popularity far surpasses its Midwestern US counterpart, the Elephant Ear, which is essentially a less oblong (but equally large) piece of fried dough. 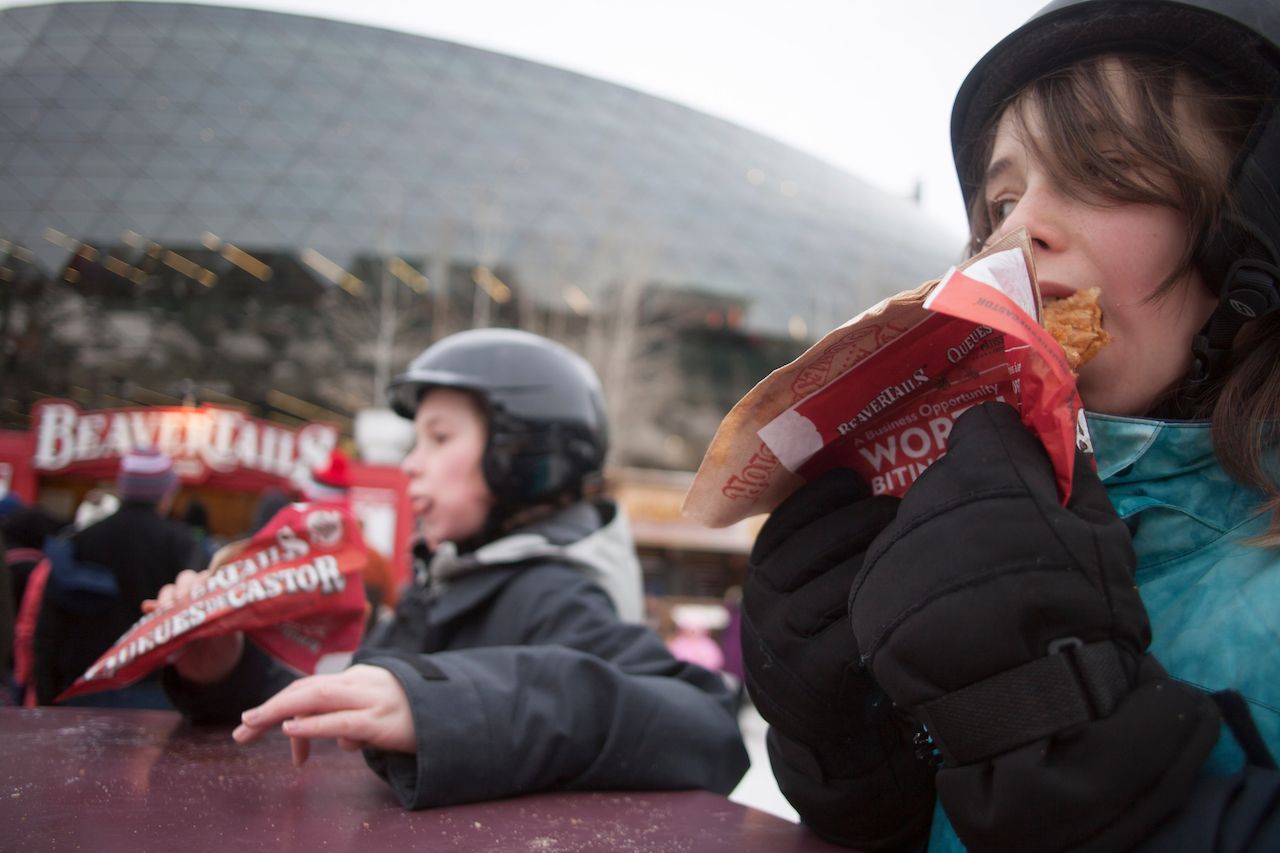 BeaverTails have come a long way since that first shack. Every year, nearly 50 tons of chocolate hazelnut spread is used to make BeaverTails. According to the company, if you lined up every BeaverTail sold since 1978 it would stretch longer than the length of Canada. A mascot called Beav (that’s far less creepy than Gritty) has traveled more than 30,000 miles to spread the word about BeaverTails around Canada.

BeaverTails are as Canadian as poutine and Tim Hortons. It doesn’t really matter how you eat a BeaverTail, it just matters that you do. That said, there are a few things to keep in mind. First, the ideal technique is front to back (or back to front). Side to side will leave you with a long, skinny, floppy piece of pastry that’s hard to hold. You might be tempted to roll them up, but according to Grant Hooker, that’s going to hit your stomach too fast. Whichever way you choose to eat them, just be sure to grab a couple of paper napkins — you’ll need them.

DessertCanada’s National Dessert Has a Food Trail Every Dessert Lover Needs To Try
Tagged
Dessert Food + Drink Canada
What did you think of this story?
Meh
Good
Awesome