Few things are as satisfying as a hot sweet dessert after the leaves have fallen from the trees and the temperature drops low enough that walking outside without a sweater is a no-go. Sure, Swiss winter foods like raclette and the many soups from around the world are nice on a cold day, but only a hot dessert can satisfy both a sweet tooth and the need for warmth.

Exactly what type of sweet snack is served in the colder months depends on what part of the world you’re in. Many cultures have a version of hot fried dough while some prefer stuffed pancakes or rice pudding. One thing is consistent, however: Where there is cold weather, there are warm desserts (and sometimes even where there is not cold weather).

These are the most warming winter desserts from around the world.

1. Oliebollen from the Netherlands 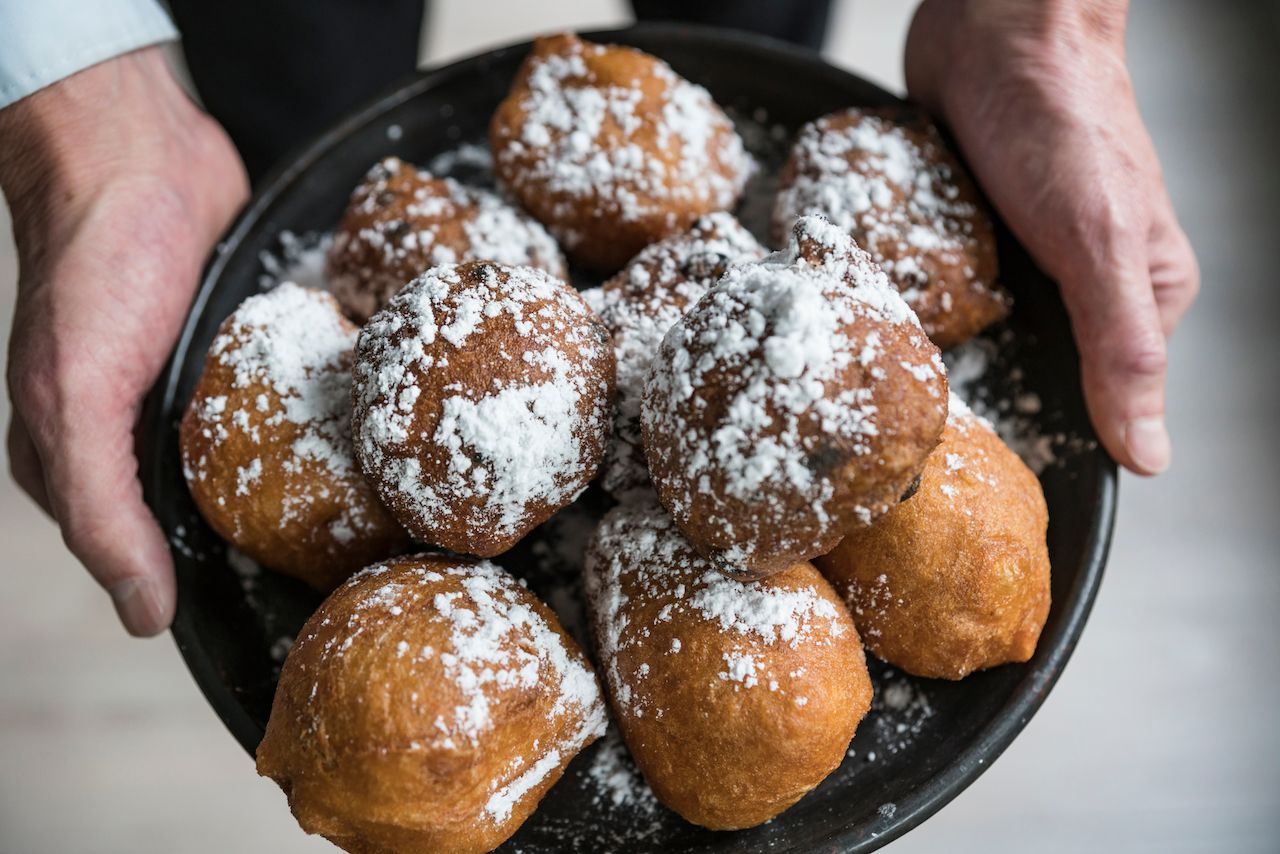 Oliebollen is similar to a doughnut. The name translates to “oil bulbs,” and the dessert consists of fried balls of dough dusted with powdered sugar. Some are filled with custard, Nutella, or fruit. These warm and indulgent treats are sold throughout winter in the Netherlands. The most popular place to get oliebollen is from oliebollenkramen, which are pop-up winter food stalls that primarily sell, as the name suggests, oliobollen.

Two popular stories exist to explain how oliebollen came to be a popular Dutch treat. One is that they were brought to the country by Jewish refugees fleeing Portugal in the early 1500s. The other is that, in pagan times, a popular story proliferated about the spirit Perchta slicing people’s stomachs open to steal their food. Oliebollen were so oily that Perchta’s sword slid off the skin before it could cut into a person. While oliebollen won’t save you from a fate like that, they will satisfy your sweet tooth.

This particular Dutch winter food has a special connection to New Year’s Eve, but oliebollen are worth a try whenever you have a chance to eat them. 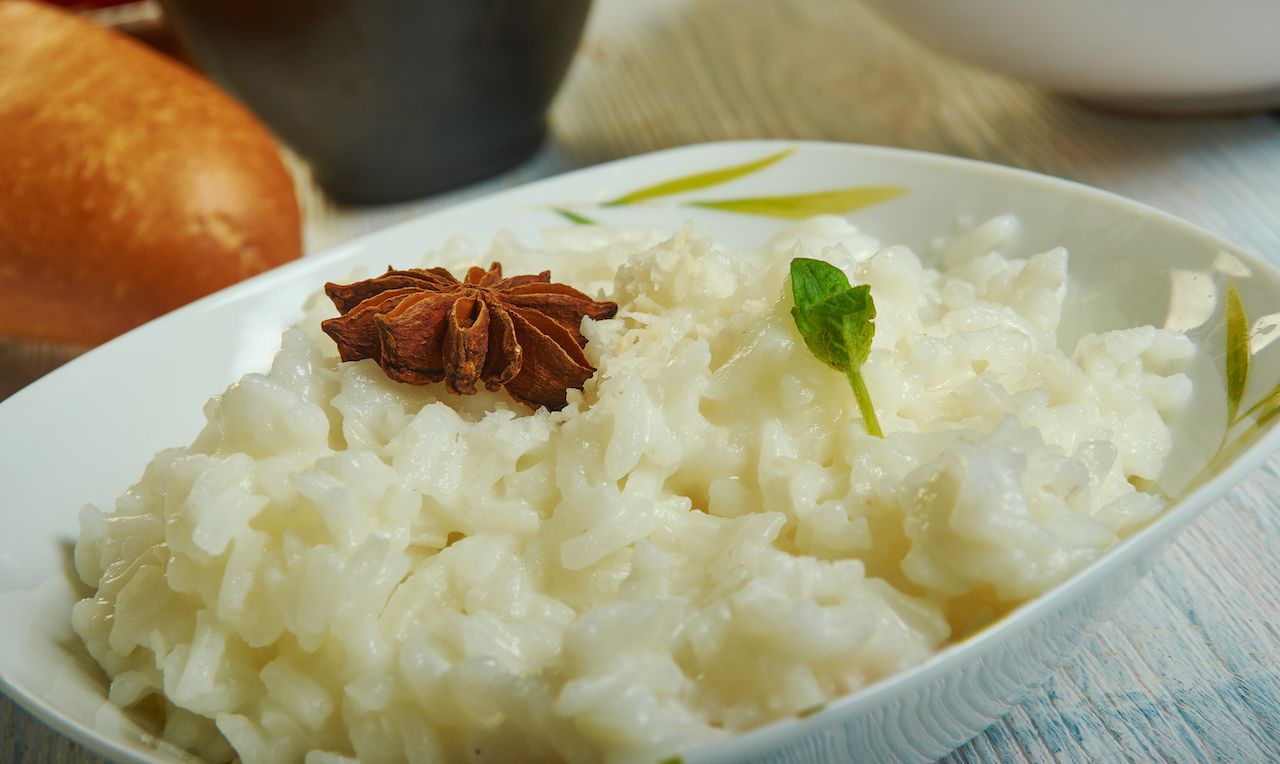 This sweet Senegalese rice pudding is an adaptable year-round dish. It’s served cool in warmer months, but freshly cooked sombi is served warm right off the heat in cooler months. Recipes vary depending on who is making the dish, but the base ingredients of sombi include rice, sugar, and cream or coconut milk. The ingredients are cooked over low-to-medium heat and served as soon as the rice is soft.

According to The African Gourmet, sombi is especially popular among the Toucouleur, Wollof, and Jakhanke Senegalese communities. Sombi made with local red rice is common during weddings. As Saveur notes, bowls of sombi are often eaten for breakfast or as a snack, though it’s delicious anytime you want something warm and sweet. 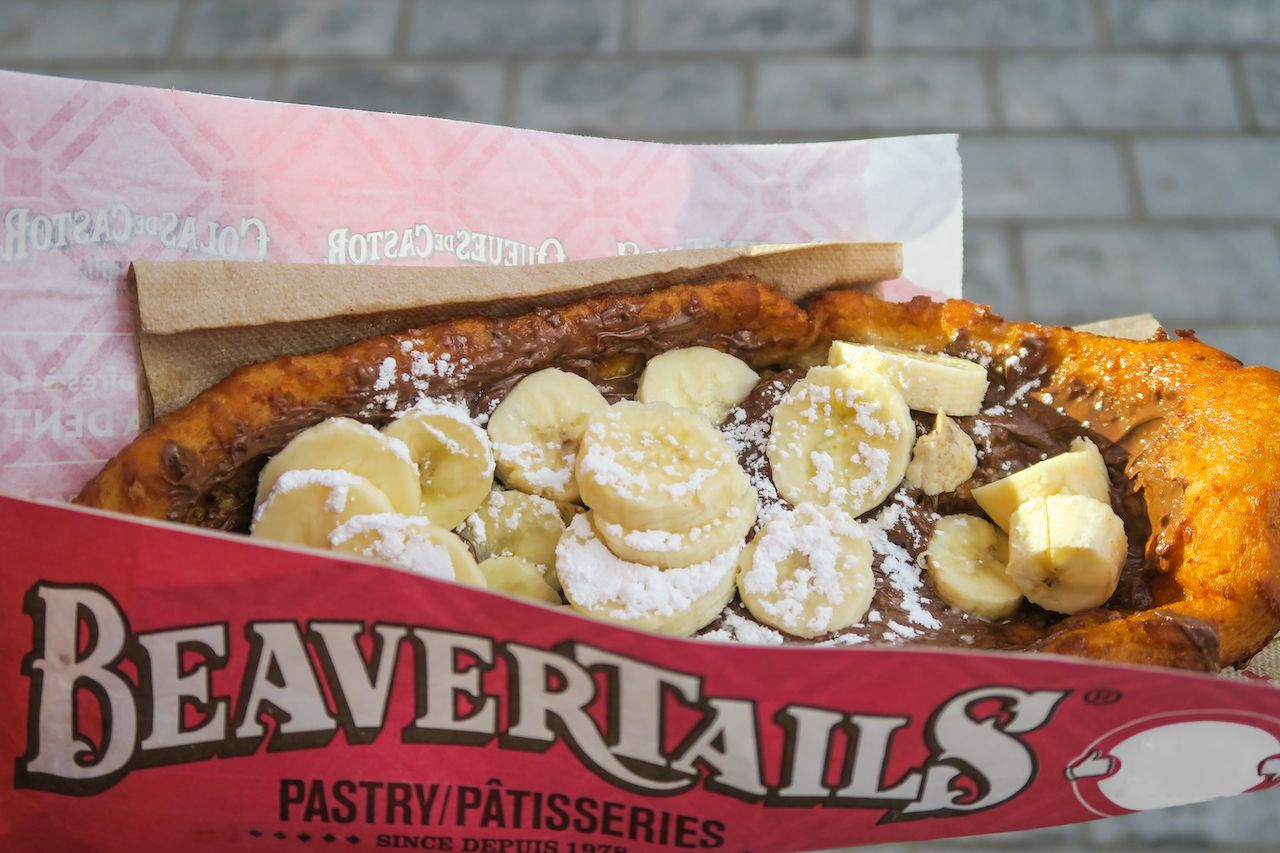 BeaverTails get their name from their appearance rather than any ingredients that come from the animal itself. They’re similar to a doughnut and are made with a sweetened whole wheat flour dough that’s stretched into the shape of a beaver’s tail. The dough is deep fried and, depending on your preferences, topped with a sugar-cinnamon mix, a chocolate hazelnut spread, maple cream, crushed bits of candy bars, fruit, or any other toppings that are readily available. It’s served hot and ready to warm you up during a frigid Canadian winter.

BeaverTails don’t have the same long history as some of the other classic warm winter desserts on this list, but that doesn’t make them any less worthy. The dessert was created in 1978 by Grant and Pam Hooker, who sold them at a fair outside of Ottawa, Ontario. There are now more than 140 BeaverTail stalls around the world, though the most famous are along the Rideau Canal, which is the world’s largest outdoor skating rink. 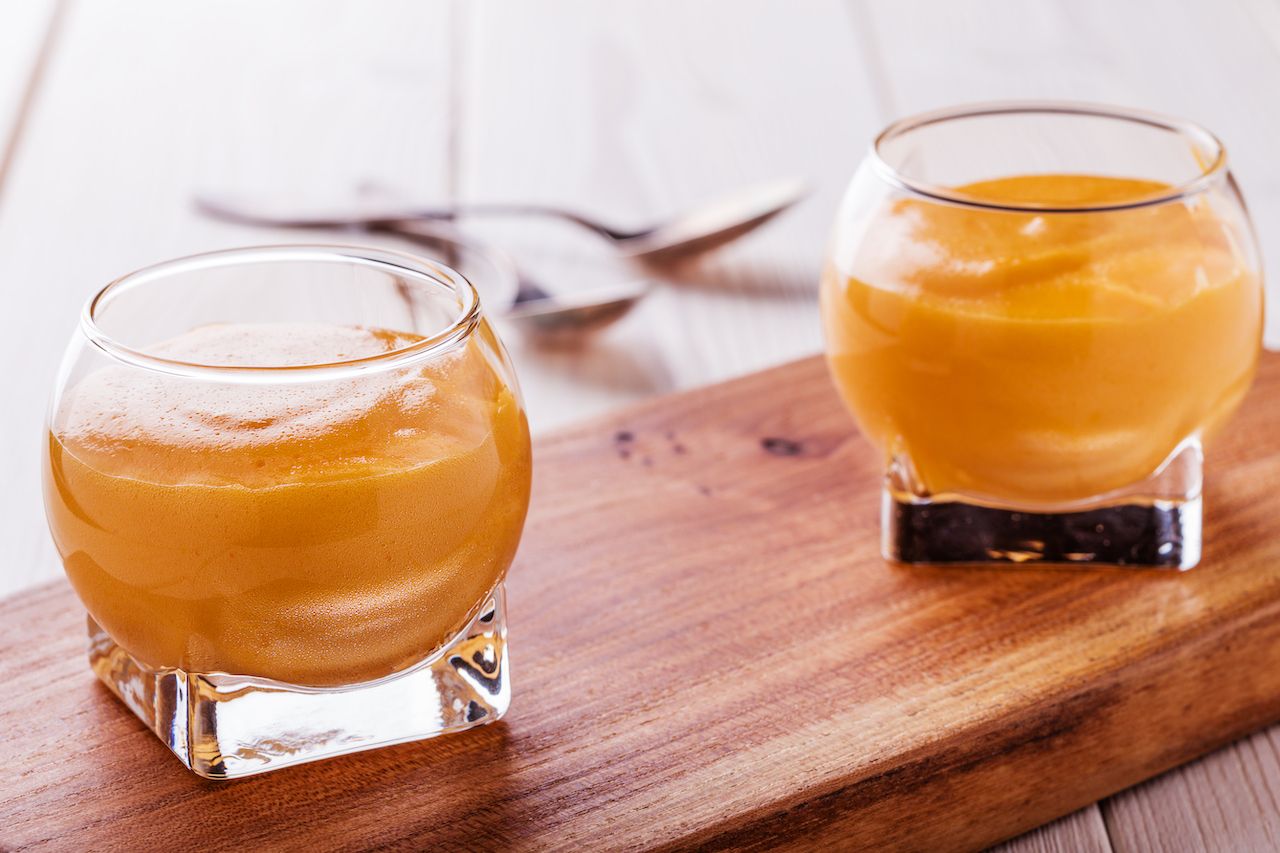 Zabaglione is reminiscent of a boozy, sweet, Italian-style eggnog minus the cinnamon, and it’s often served warm. Common recipes encourage making the dessert drink with equal parts egg yolk, wine, and sugar. According to The Guardian, the eggshell is often used to measure out the ingredients, though a tablespoon works for a single serving, too, and the recipe turns out even better when alcohol more heavily tips the scale. As for what type of alcohol to use, dry Marsala wine or sweet white wine are typically used, but anything fruity works, as well as a splash or two or a spirit like brandy or whiskey. The mix is heated and whisked as close to serving time as possible for best results.

According to the Napa Valley Register, zabaglione comes from ninth-century Piedmont and was consumed at the court of the Medicis in 16th century Florence. The Guardian cites a later origin on the other side of Northern Italy in medieval Venice, where it was drunk as a morning tonic. Regardless of what part of Italy it came from, today it’s simply consumed as a warming winter dessert drink. 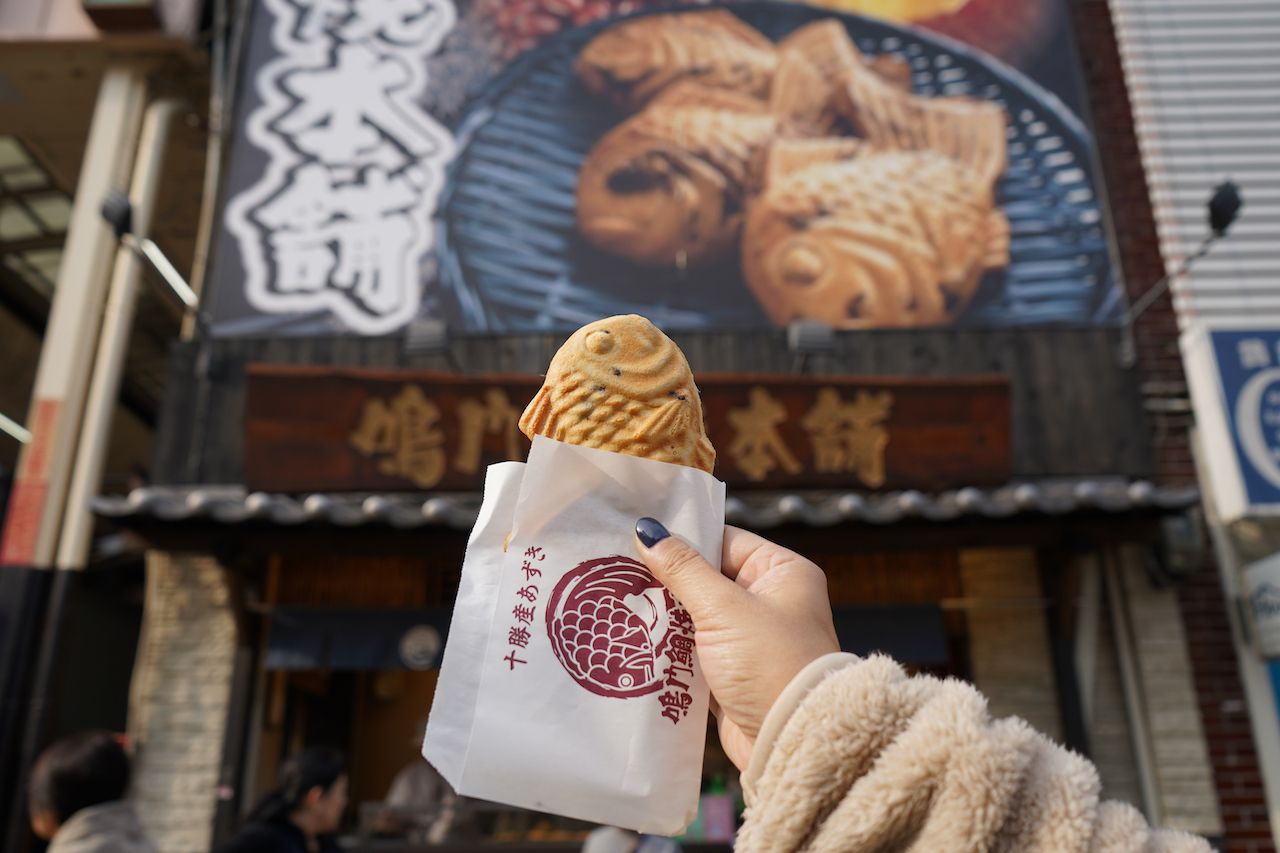 These sweet Japanese pastries are made with a waffle-like dough that’s filled with red bean paste and cooked in a fish-shaped mold. Taiyaki are popular streetside snacks that are served hot.

According to the cooking blog Just One Cookbook, warm dough filled with red bean paste was originally made in a round mold. The resulting treat is called imagawayaki — a taiyaki but without the eye-catching shape and design. At some point, bakers decided to up the ante with the fish shape. It’s unknown when this happened, but one theory is that it was during the Meiji era between 1868 and 1912 when sea bream (called tai in Japanese) was a special and expensive fish. The fish mold is also where taiyaki gets its name: The word is a combination of tai and yaki, which means grilled.

6. Churros and hot chocolate from Mexico 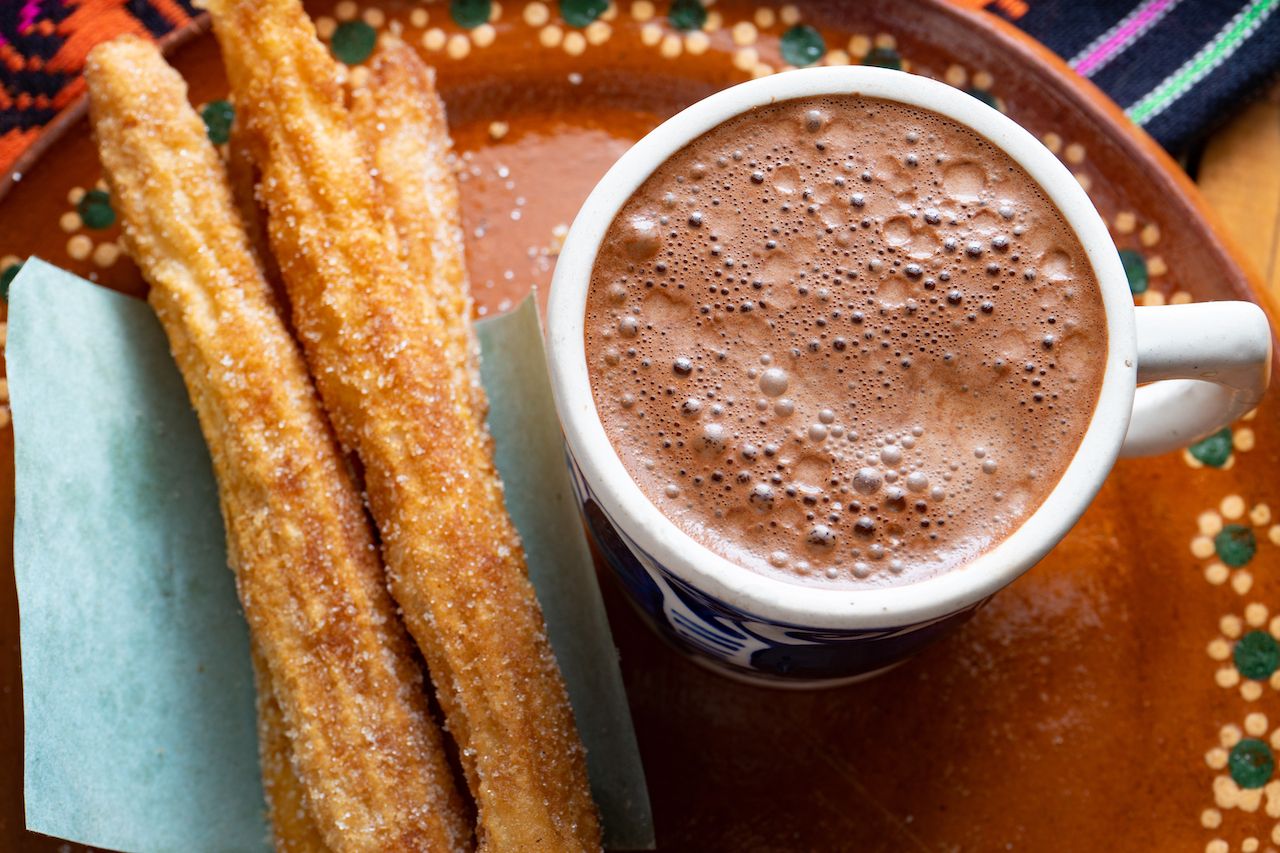 Long before chocolate became a near universally loved treat, it was consumed as a bitter hot drink. The Olmecs, who lived in modern day southern Mexico from 1200 to 400 BCE, drank a beverage made from cacao beans. The Mayans did as well and threw in some chili peppers. Europeans brought sugarcane to the Americas, and the sweetener was a perfect match for chocolate and chocolate drinks. The Spanish also introduced churros, a fluffy fried and sweetened dough, to the country now known as Mexico, where it remains a popular dessert.

Today, the combination of churros dipped in hot chocolate is a classic in Mexico. There are famous churrerías in Mexico City dishing out countless numbers of hot churros and hot chocolate regardless of the weather outside. 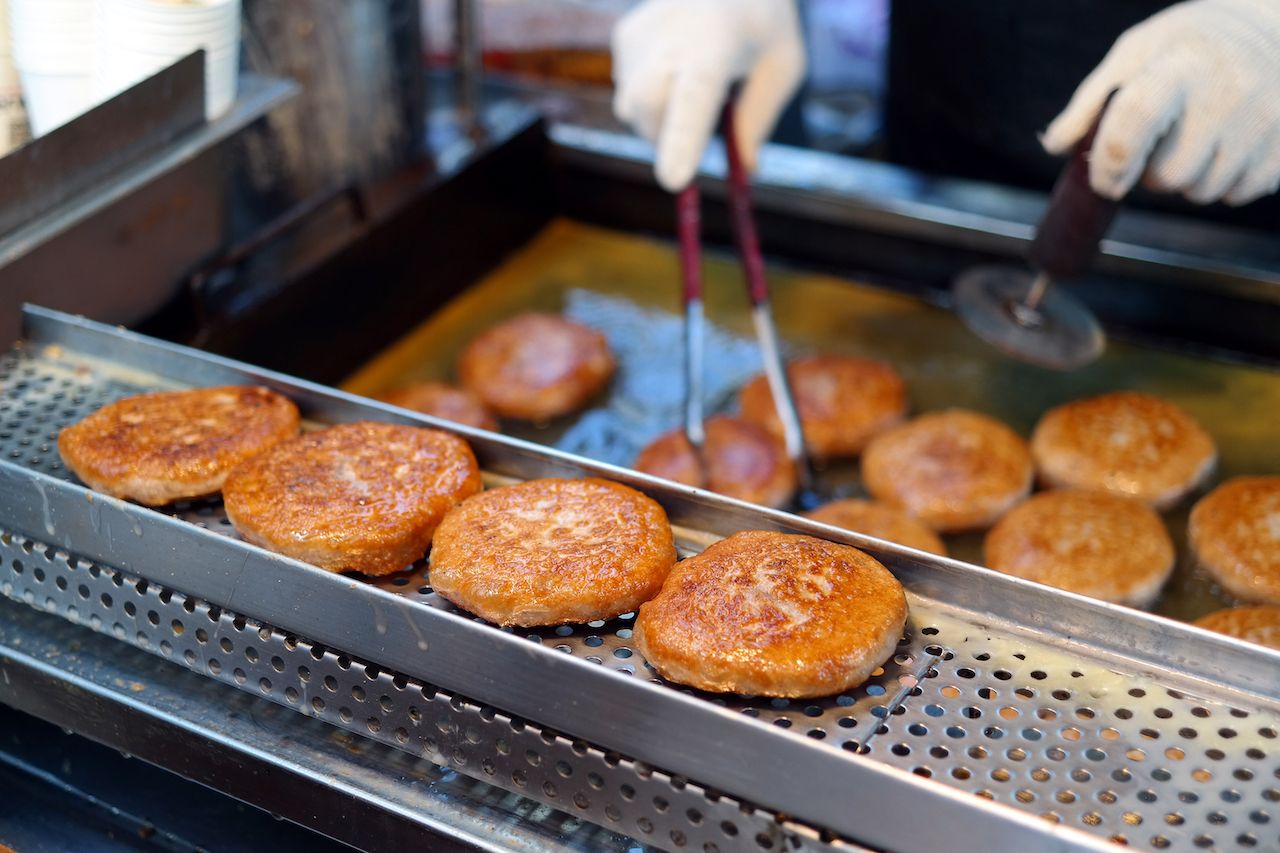 Hotteok is a classic South Korean dessert that’s commonly sold from streetside vendors. It’s made with a sweet dough similar to a pancake that’s filled with honey, cinnamon, and nuts. The outside is crispy while the inside is chewy. Hotteok is popular in the winter when the hot, straight-out-of-the-pan pancakes feel especially warming.

It’s thought that hotteok originally came from Chinese immigrants who arrived in Korea in the late 1800s or late 1920s around Incheon. They made the yeast dough pancakes popular in China but swapped the savory filling ingredients with sweets for the Korean version.

DessertThe 11 best types of doughnuts served around the world
Tagged
Holidays Dessert
What did you think of this story?
Meh
Good
Awesome

The truth about artificial vanilla extract (and why you should always splurge for pure)
How a deadly plant became a staple Appalachian food
Searching for the best Mexican food in Texas? You need to visit El Paso
8 countries making the world’s best rum
6 silky, salty, and nutty French butters that will elevate your cooking