Nothing wards off the winter chill like a bowl of hearty, piping hot soup. After the rich and filling dishes of the holiday season, and many months of pumpkin-spiced everything, however, it can be hard to get excited about seasonal staples like butternut squash bisque or beef stew. Enter noodle soup, the perfect combination of delicate, savory broth and long, slurpy noodles, plus any number of toppings under the sun. It’s not news that the world loves noodle soup, but ramen and pho seem to be hogging the spotlight. Tasty as they are, they’re just two examples of recipes worth hunting down, or even trying to make at home. Here are seven of our favorites. 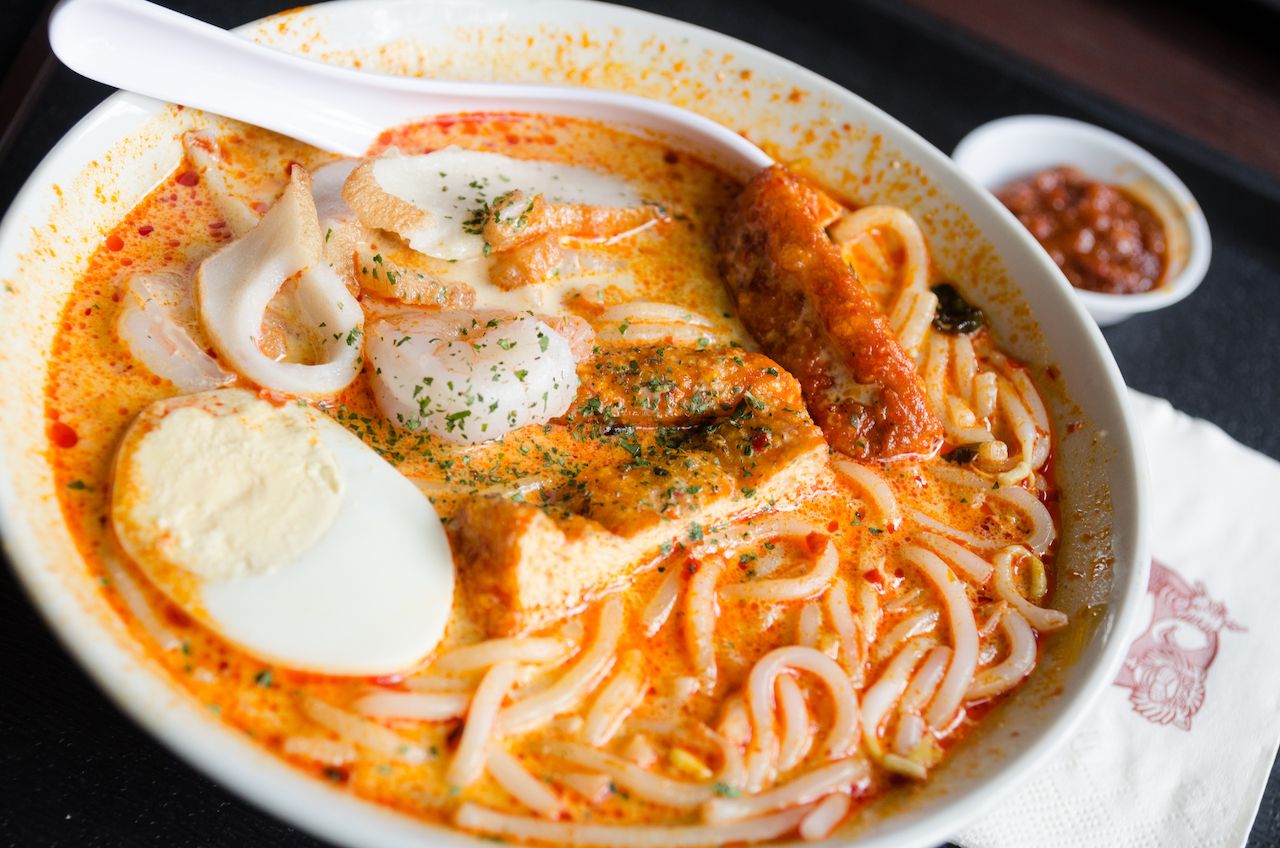 Laksa is a Southeast Asian soup made from noodles, typically vermicelli or thicker rice noodles, seafood, and coconut curry. Another version, asam laksa, uses a thinner broth made from fish stock and tamarind. Chicken can be served alongside, or in place of, seafood like prawns, squid, and scallops, and you may see other proteins like pork or beef depending on the religious dietary restrictions of the region you’re in. Outside of Malaysia, laksa is a staple of Singaporean and Indonesian cuisine, and it’s also common in southern Thailand. 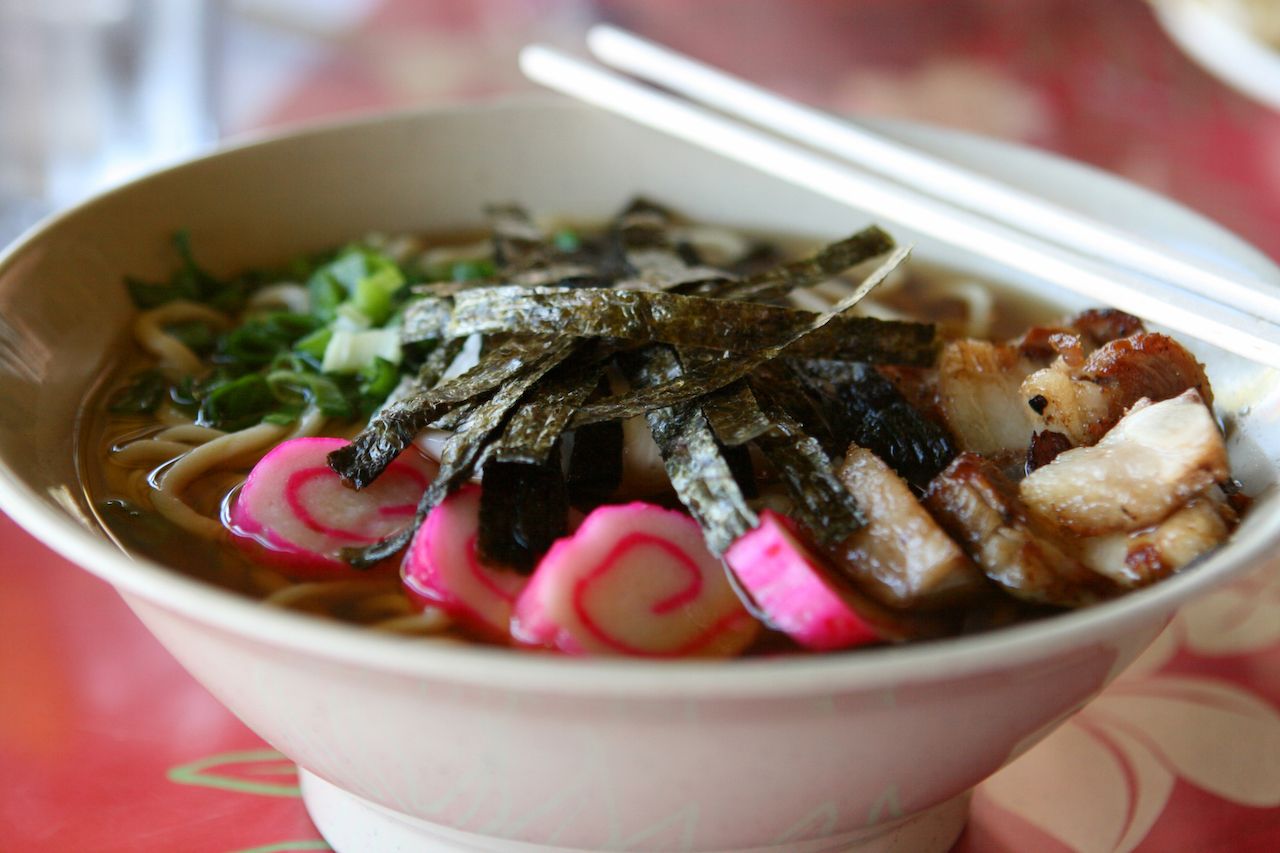 Saimin is so popular in Hawaii that it was added to local McDonald’s menus in the late 1960s. It has both pan-Asian and Polynesian influences, combining a light dashi stock and ramen-style noodles with spam or pork preparations like char siu, kamaboko fish cakes, and a dash of green onions. You may also see other meat or seafood added, as well as wontons, nori, and egg. Even the noodles can be swapped out for udon or something comparable, but dried shrimp is non-negotiable to achieve the salty, savory, and delicious broth base. 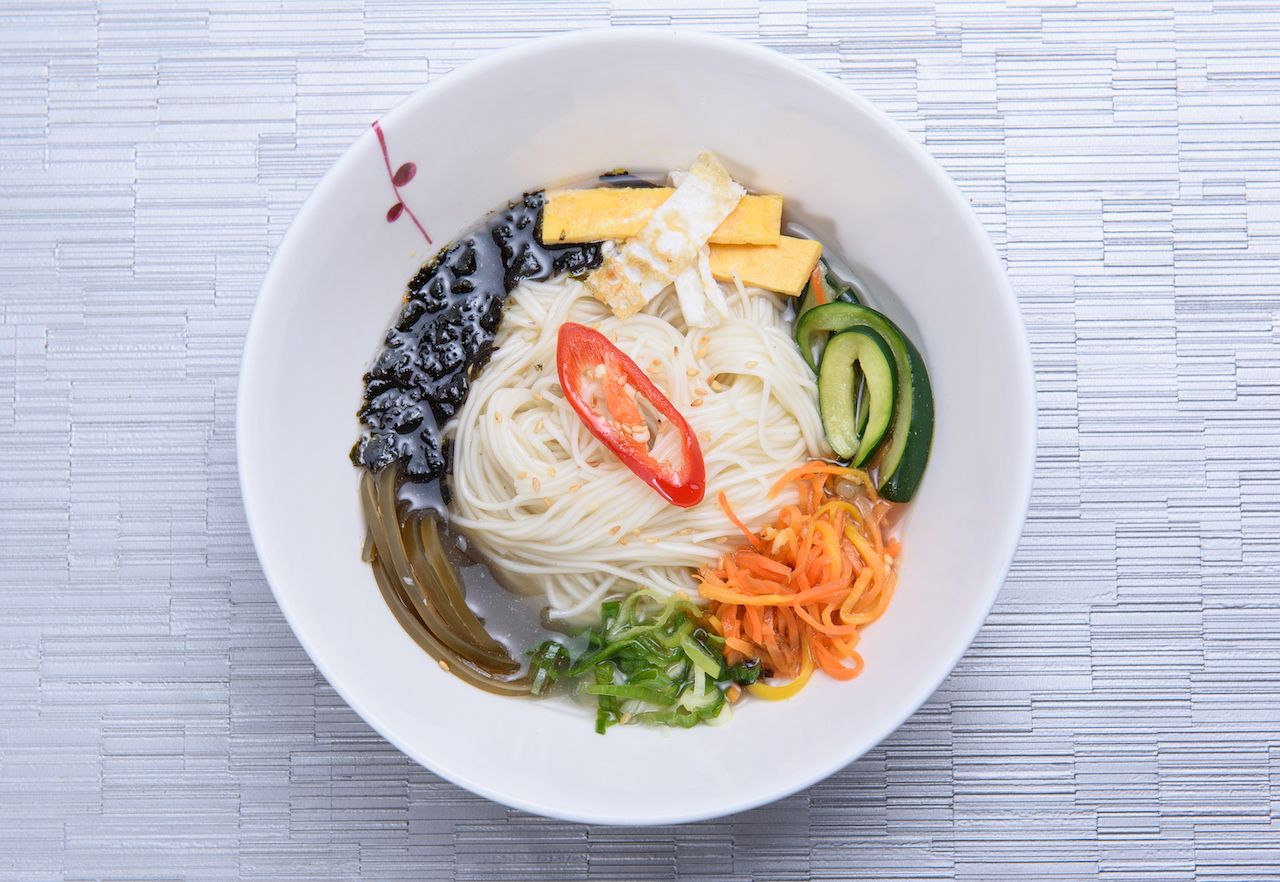 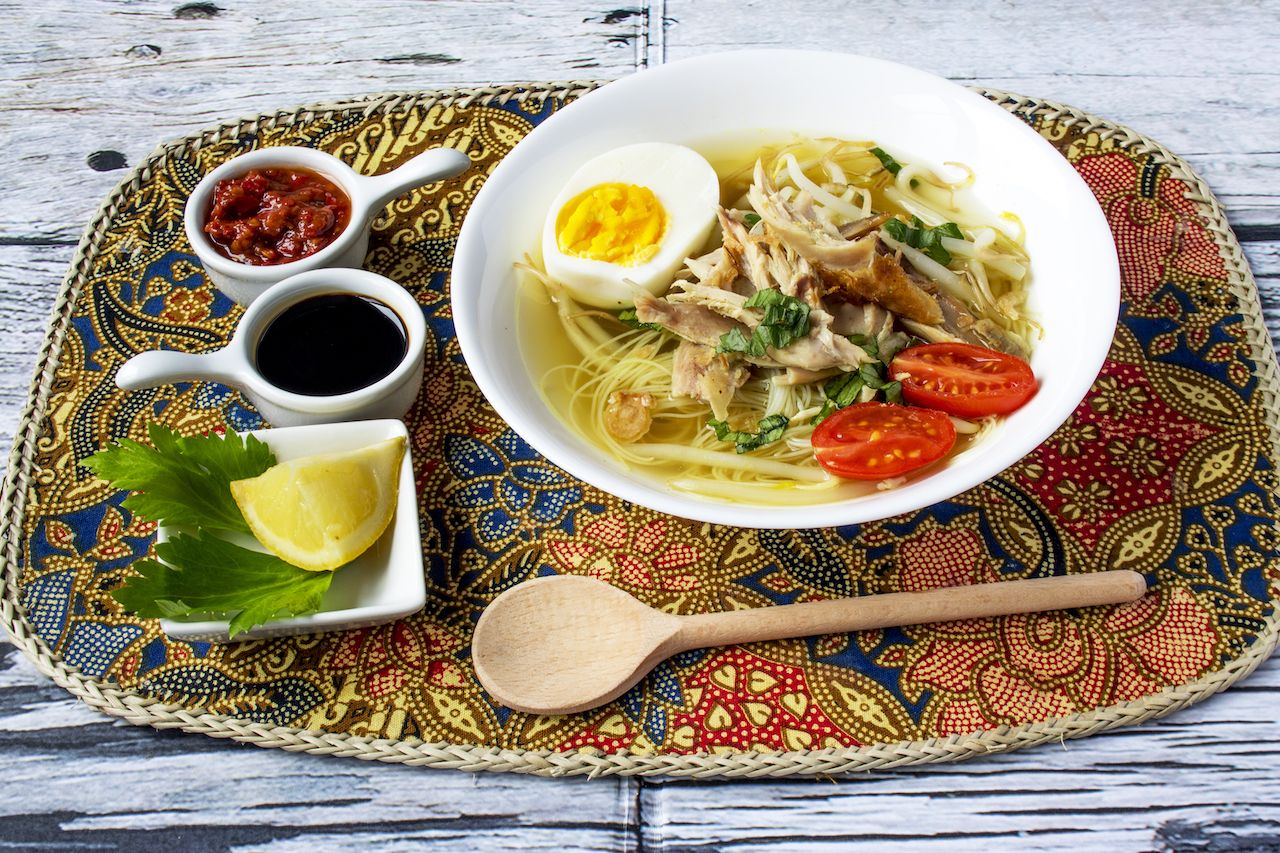 Soto ayam is Indonesia’s answer to chicken noodle soup. Rather than thick wheat pasta, it’s traditionally made with vermicelli noodles, and the broth takes on a distinctive yellow color from the addition of turmeric. Extras range from hard-boiled eggs and rice cake patties to fried shallots and various veggies. In one version, called soto ayam ambengan, you’ll see the soup sprinkled with koya, a powder made from prawn crackers and fried garlic. As with most Indonesian dishes, sambal oelek chili sauce is a welcome side. 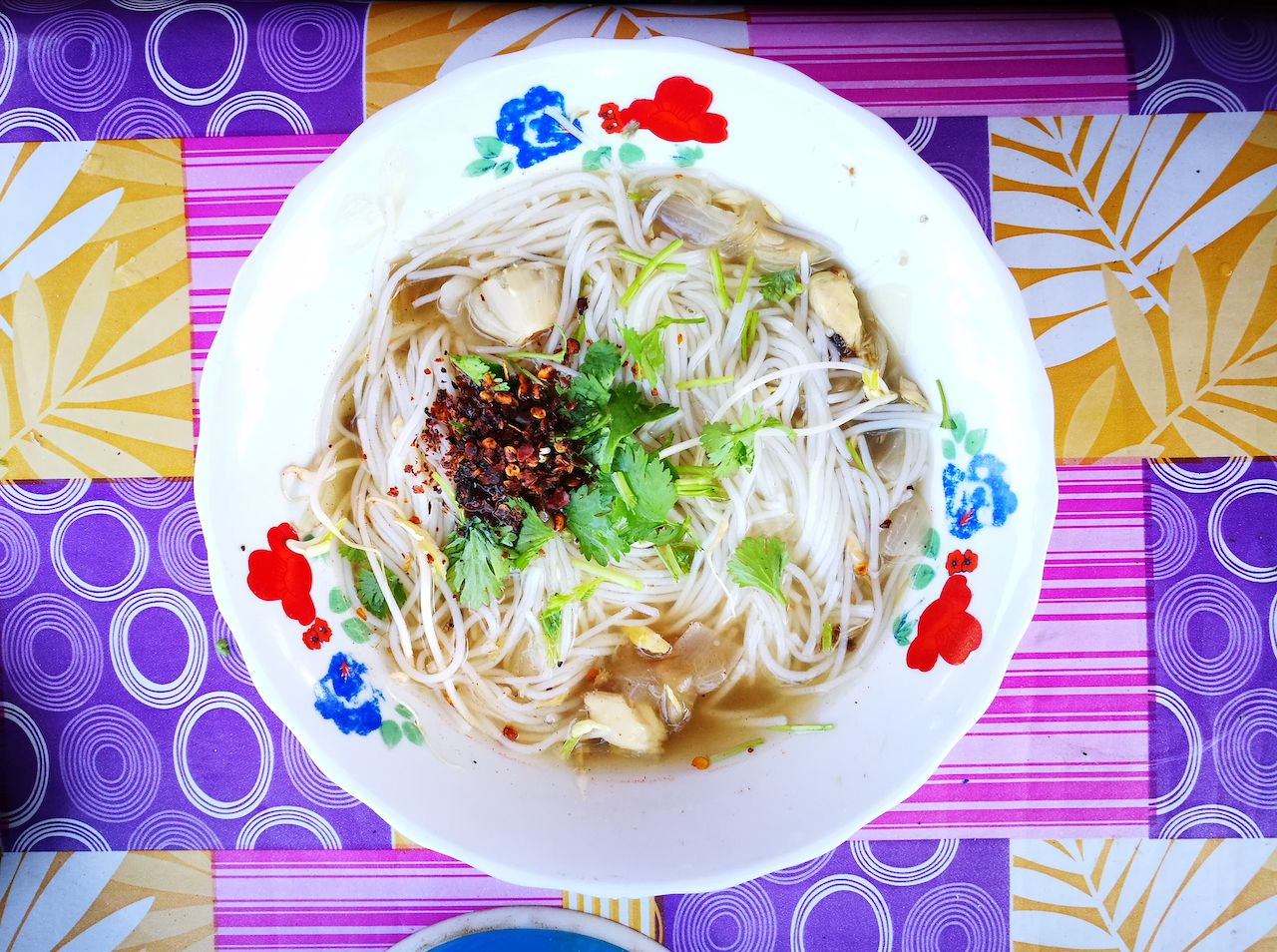 A fish and rice-noodle soup, mohinga is often regarded as Myanmar’s national dish. It’s sold everywhere, from street stalls to finer restaurants, and can be eaten any time of day though most consider it the Burmese breakfast of champions. Either chickpea flour or toasted rice is used to thicken the broth, which gets its richness from fish paste and its brightness from lemongrass. Catfish is then added to the mix, and the whole thing is topped with lime, cilantro, chilis, and sometimes fish cakes or chickpea fritters. Other additions, like hard-boiled eggs, also make an appearance from time to time. 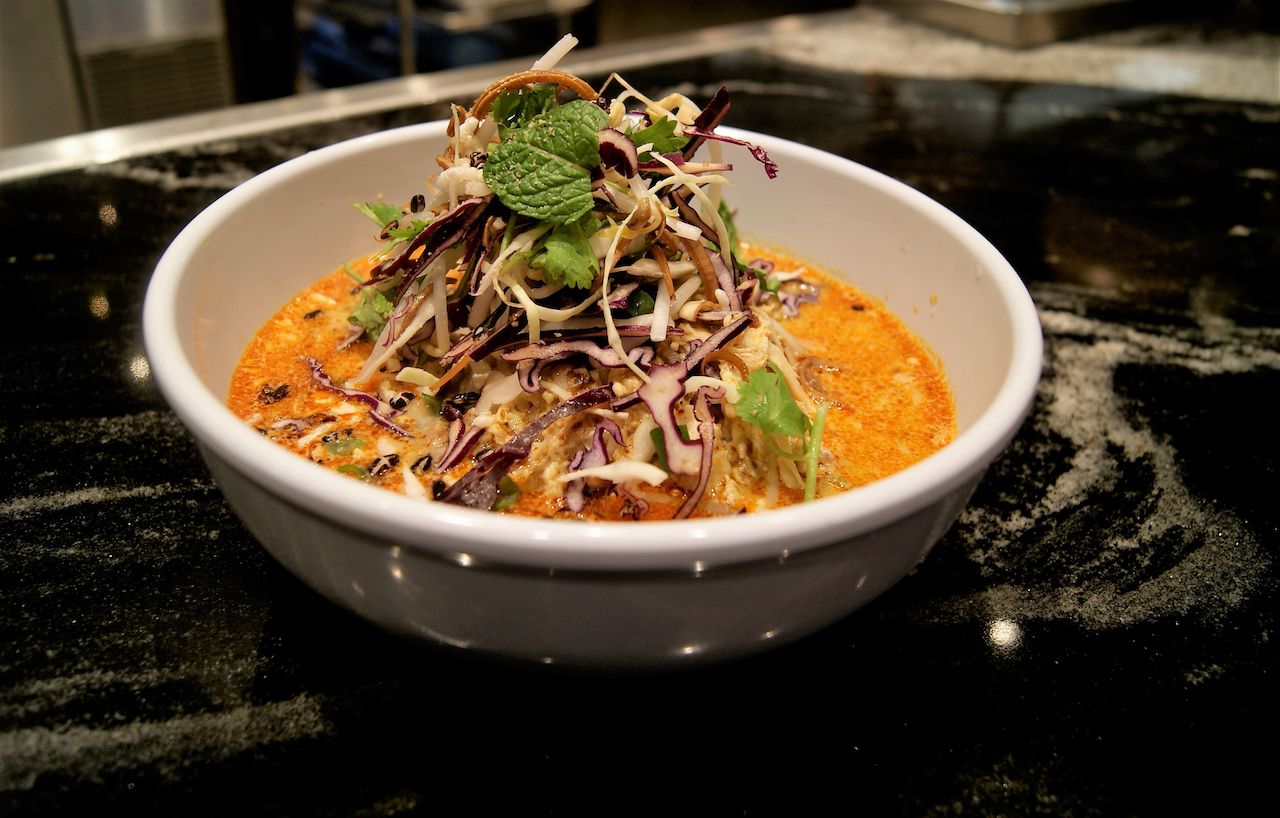 Khao poon is a rice-noodle soup from Laos that’s made with chicken, pork, or fish that’s been either shredded or pounded. On top, you’ll find a hefty handful of veggies and herbs: shredded cabbage, carrots, bean sprouts, mint, and cilantro to name a few. Much of the punchy flavor comes from regional aromatics like galangal, garlic, and chili, as well as staple ingredients like fish sauce and kaffir lime leaves. Some versions also add coconut milk. Other variations exist, as well, which is no surprise given how far khao poon has traveled across Southeast Asia and beyond. 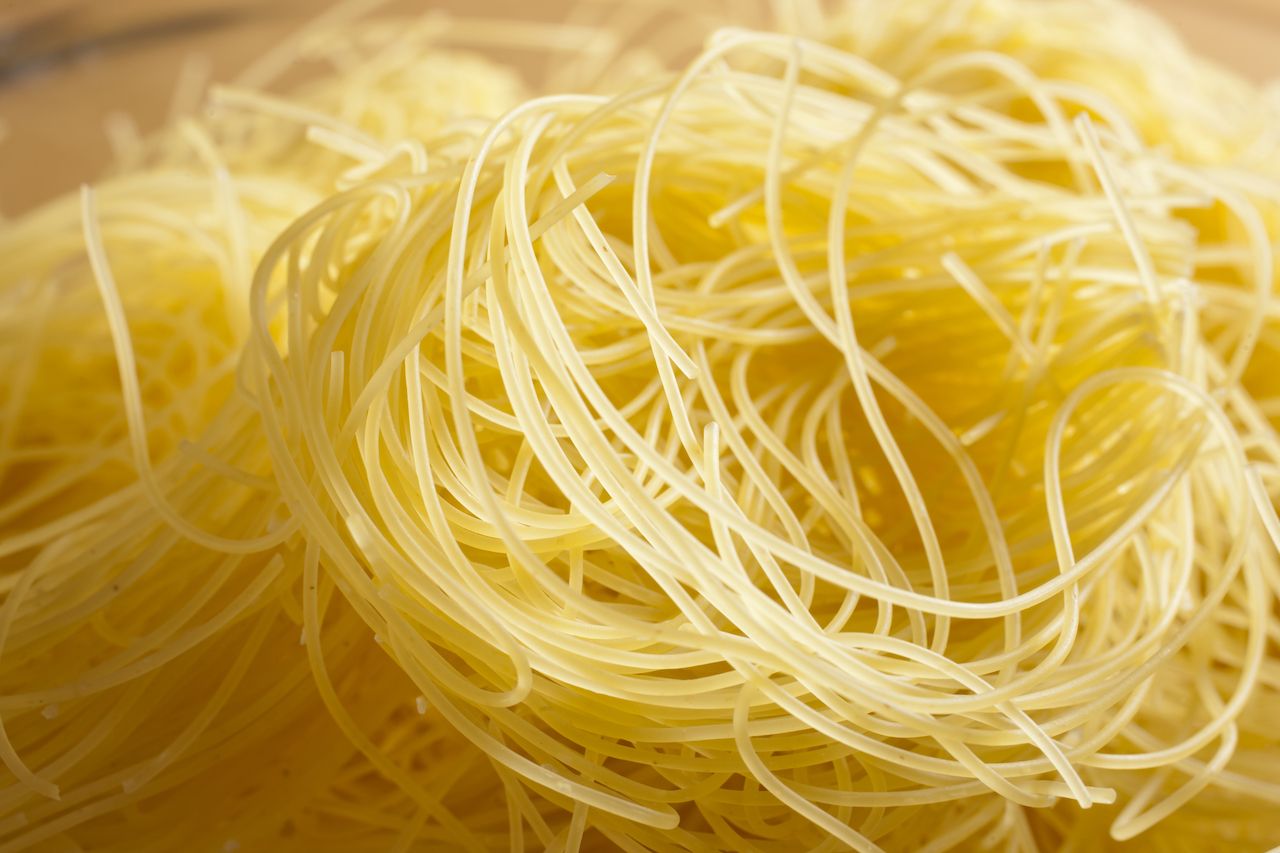 Capellini are skinny Italian noodles a little thicker than angel hair pasta. Capellini en brodo translates to “capellini in broth,” a dish that can be made with virtually any pasta. But for slurpy satisfaction, capellini noodles are your best bet. As they soak in the rich, yet delicate, chicken broth, the pasta acts like a flavor sponge, and the broth gets deliciously thick and starchy. Top it off with parmesan cheese, parsley, or even an egg yolk if that’s your thing.

Food + DrinkBeyond the Basics: How To Order Pho Like a Pro
Tagged
Food + Drink
What did you think of this story?
Meh
Good
Awesome