Phở is considered the national dish of Vietnam. Along with banh mi, it’s also the dish that people in the US are most familiar with. Or at least familiar enough that they feel comfortable walking into a restaurant and vaguely ordering phở. But just like you wouldn’t walk into a pizza restaurant and ask simply for “pizza,” you shouldn’t be satisfied with one style of phở. There’s a whole world of styles and flavors out there.

Phở can be made with beef, oxtail, chicken, shrimp, pork, vegetables, or anything else that strikes the chef’s fancy. It can use a broth simmered for hours or one that’s been cooking for days. It can be loaded with spices or be light with few toppings. Phở is to Vietnamese cuisine what curries are to Indian cuisine: an endlessly customizable and beloved staple.

“A traditional phở for Vietnamese will basically give them a memory of back home,” says Li Pien, co-owner of PhoBar, a Vietnamese restaurant with two locations in New York City. PhoBar, as the name suggests, focuses on all things phở with a menu that has no less than 15 types of phở, each with the option of an eight-hour broth, 16-hour broth, or 25-hour broth. These long simmered and complex phở broths have historically been part of what makes the dish special. 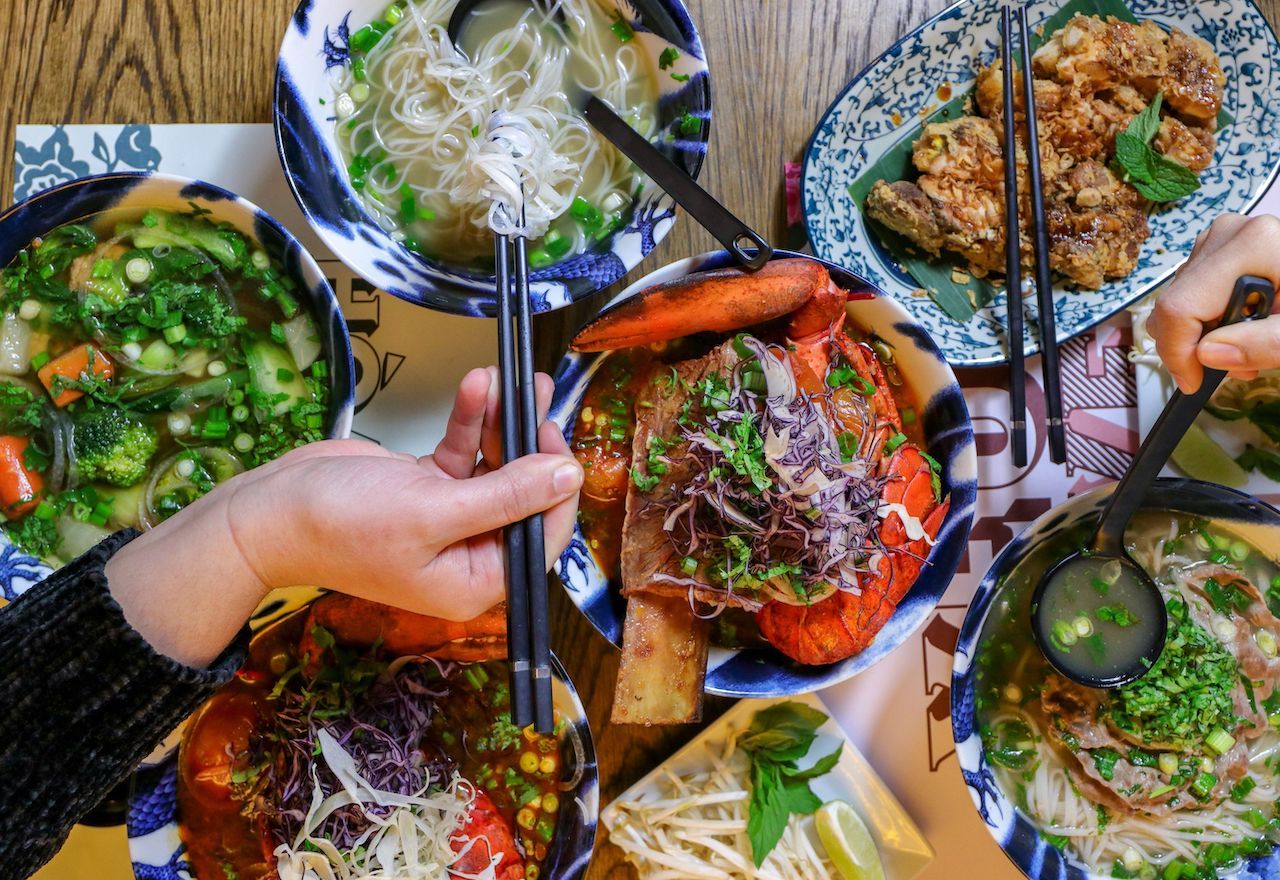 There are competing stories as to when phở was introduced and what influences the first phở drew from. Vietnam’s official tourism website dates it to the late 1800s and the northern city of Nam Dinh. French colonists increased the availability of beef in the region, and food vendors used the excess bones and meat to flavor broth for phở bò, or beef noodle soup. From there, phở migrated north to the capital of Hanoi, where beef took the place of traditional water buffalo in xao trau, a buffalo and rice noodle soup. When phở went south in the 1950s, it was spiced up with hoisin, herbs, and chili.

Other origin stories look to the name for an explanation. One states phở came about as a regional version of the French beef stew pot-au-feu. Another is that it was inspired by Chinese rice noodles, which are called fun in Cantonese. Regardless of how it started, there’s no denying that there are more types of phở than ever before.

Over the past five years, Pien says, people in the US have gained a better understanding of this traditional and historic dish.

“I think now with technology and people being a lot more food savvy thanks to Facebook and Instagram, people are a lot more educated with Vietnamese cuisine,” Pien says. “I think Anthony Bourdain shed a lot of light quite frankly with his episode that he did on it.”

Still, there’s a lot of work to be done in terms of general phở education — especially outside of cities with large Vietnamese communities like San Jose, California, and Houston, Texas. 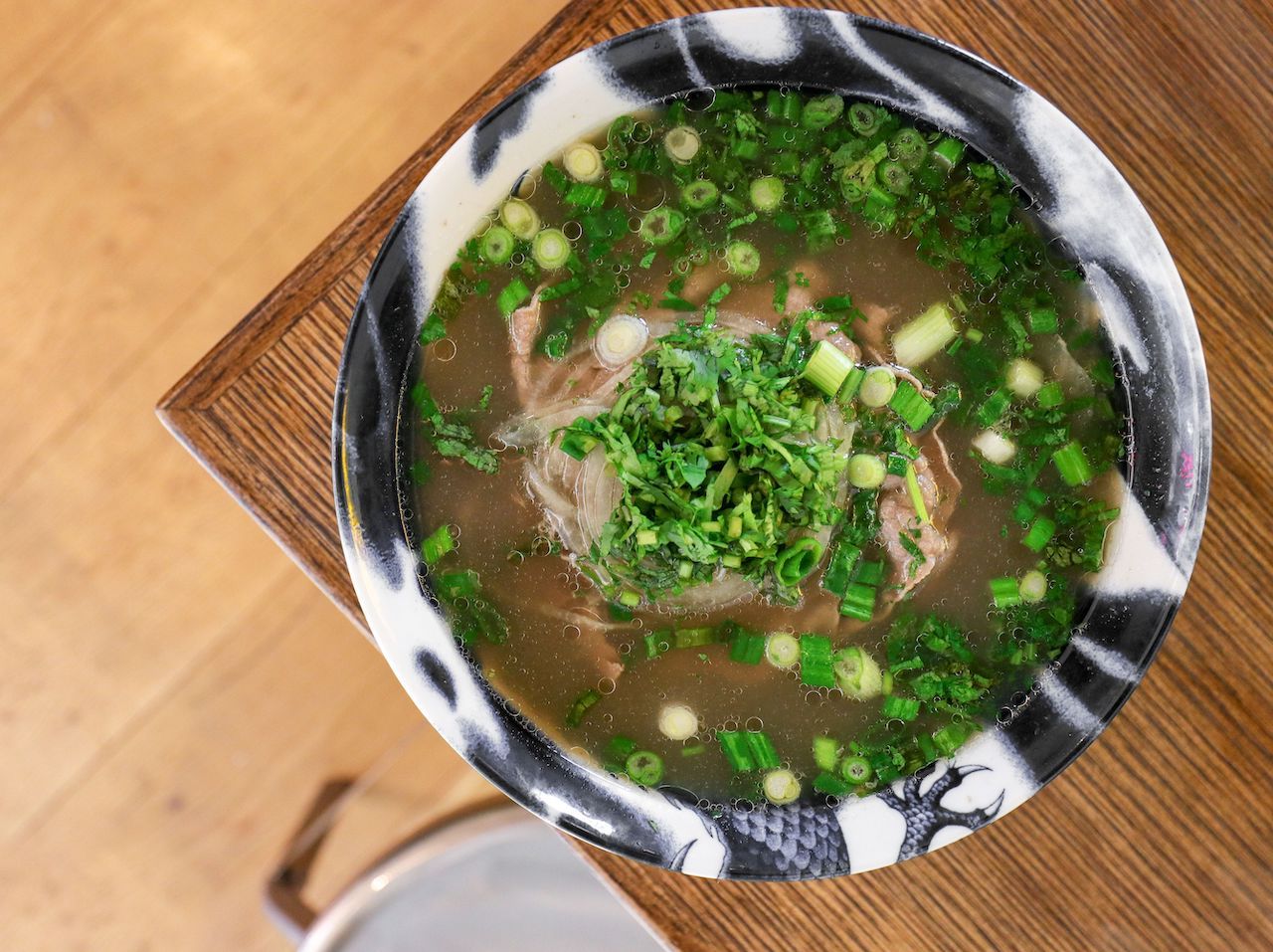 Phở Hà Nội (or phở bắc): Hanoi, or northern, style of phở that’s simply prepared and considered the original phở. The emphasis here is on the quality of the clear and light broth, so there are few extra garnishes or sauces beyond chili slices and citrus.

Phở Sài Gòn (or phở nam): Saigon, or southern, style of phở that comes with a wide variety of herbs, sauces, and seasonings along with a bowl of broth, meat, and noodles. It’s typically a little sweeter than northern phở, with a less clear broth. When eating, dip the meat into the sauces served on the side.

Phở heo: Pork phở that’s most common in central Vietnam. Typically served with a chunk of pork rather than slices, and comes with a variety of fixings like phở nam does. 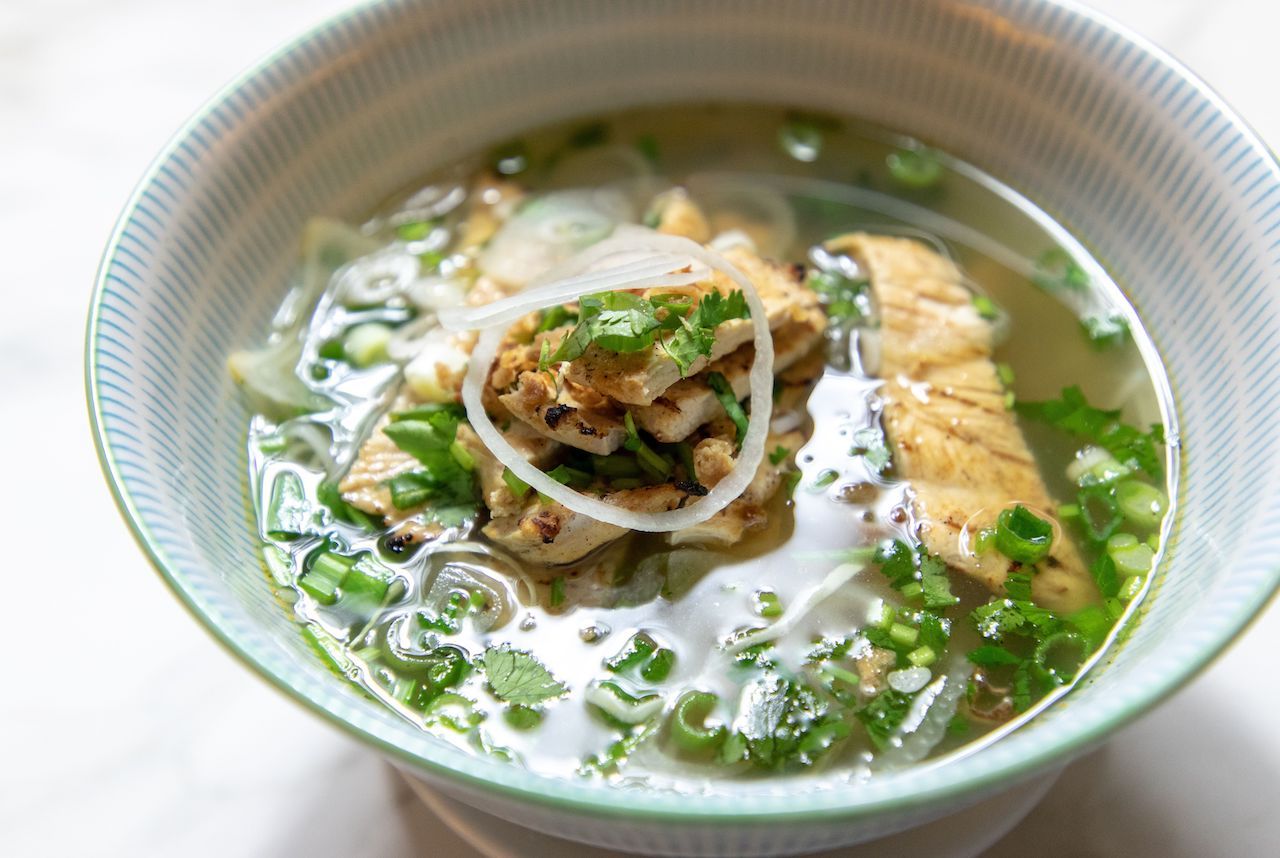 Bò viên: Meatballs made with cuts of beef and tendon.

Food + Drink23 Vietnamese Foods the Whole World Should Know and Love
Tagged
Food + Drink Vietnam
What did you think of this story?
Meh
Good
Awesome

One Minute in Vietnam

An International Guide To Raising Children From 8 Cultures