Spring has come to the northern hemisphere. One of the surefire ways to know winter is over is by seeing color come back into the landscape. Blossoming trees and flowers are a sign of new life and new beginnings, and they’re pretty damn dramatic to look at, too.

Here are some of the best places to enjoy the blossoms this spring. 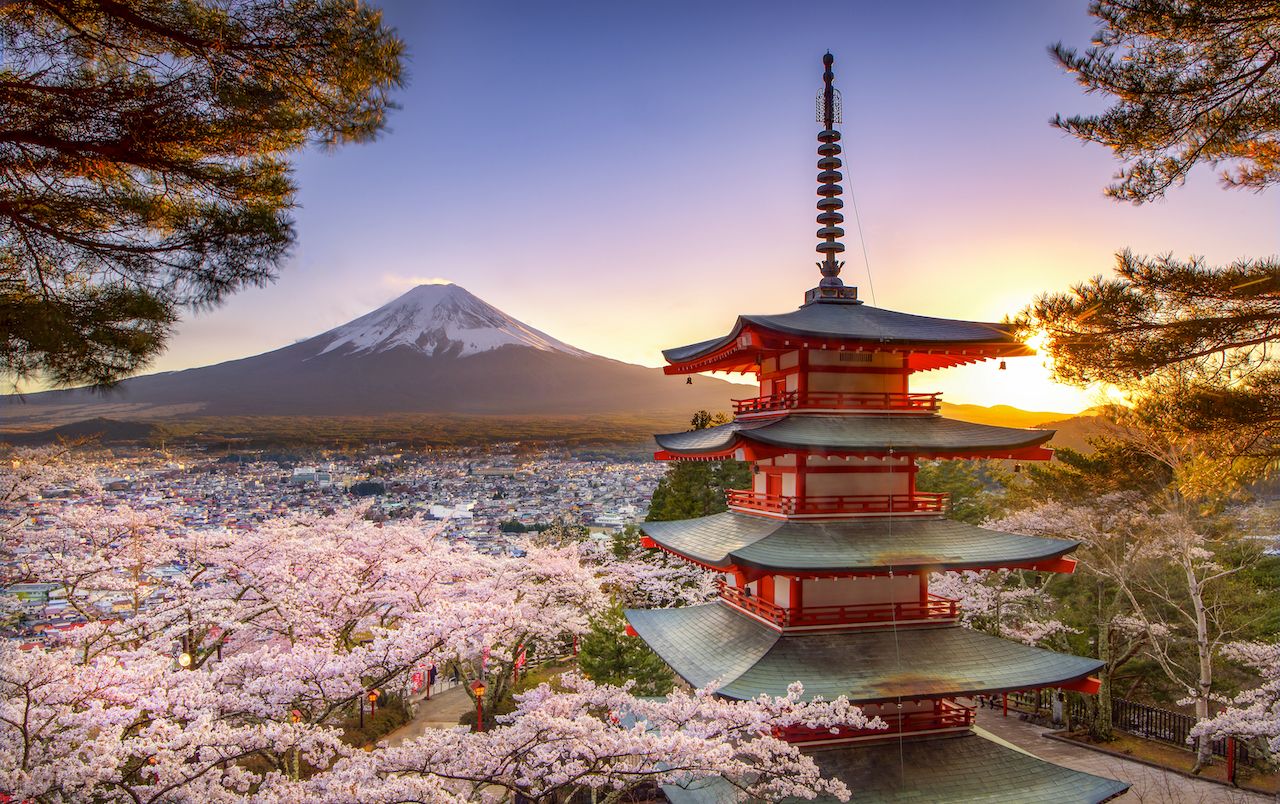 Spring is practically defined by the cherry blossom. Many cities around the globe pride themselves on the beauty of their sakura trees — D.C., Vancouver, and Seoul all hold dedicated festivals — but why not head to the source?

Petals drift down in surreal snowfalls that cover the wide, black paths of Tokyo’s Imperial Palace complex. From here, you can walk along a carpet of softest pink to Yasukuni Shrine, where the combination of spiritual tranquility and seasonal beauty invites visitors to linger longer than they planned.

Of course, the capital is one among hundreds of venues for sakura sightseeing in Japan. The imperial charm of Kyoto’s parks and shrines provide an excellent backdrop for the blossoms, while Nagoya, Kamakura, and Osaka are also popular destinations.

When the flowers appear depends on the latitude, climate, and recent weather of each location. As of now, recommended 2018 viewing times are March 22 in Tokyo, March 25 in Kyoto, March 23 in Fukuoka, and March 25 in Osaka.

Schedules for these and other regions can be found here. 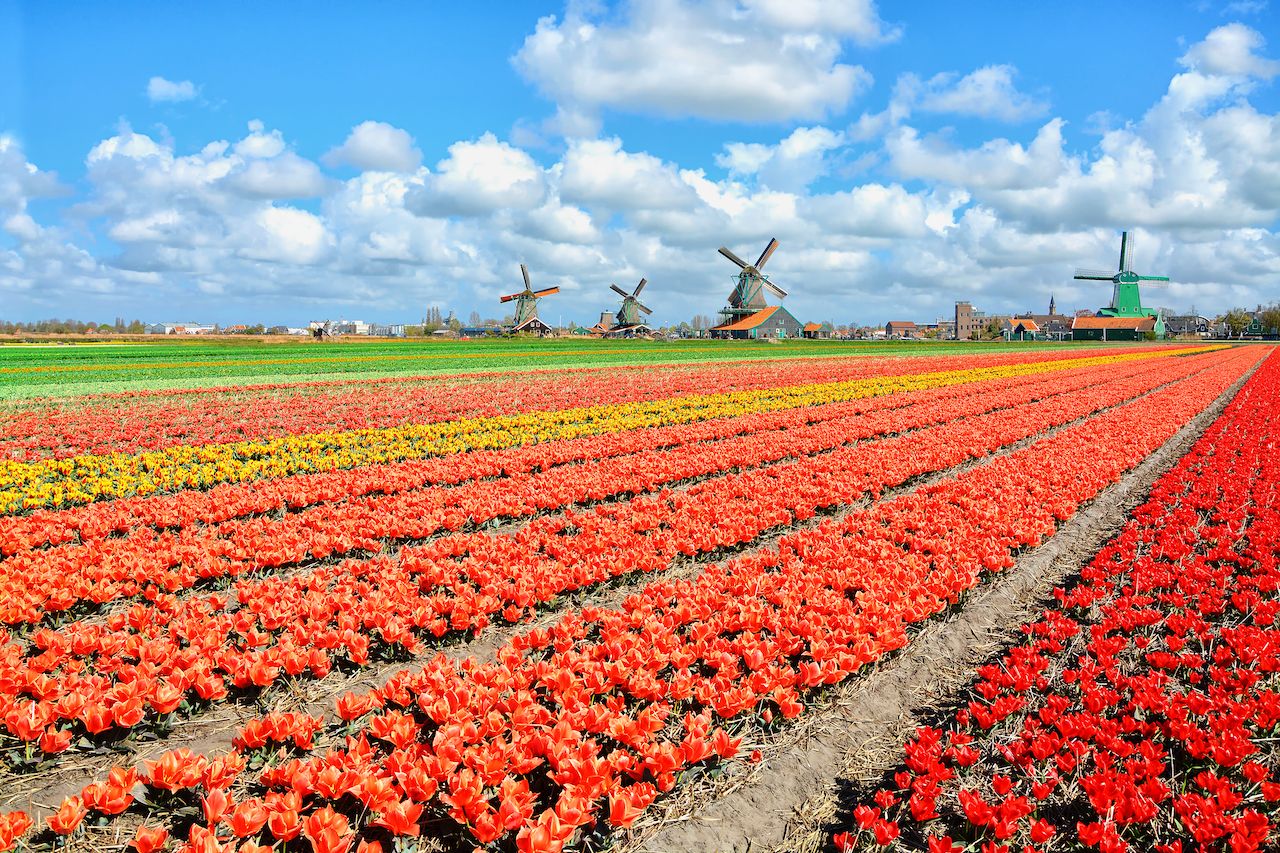 The Dutch tulip is another spring specimen of world-class renown.

Amsterdam’s floating flower market of Bloemenmarkt is good for a splash of fragrance and color in any season, and flower history buffs can tour the city’s tulip museum.

But it’s Lisse, a town 40 kilometers southwest of Amsterdam and well-served by public transport, that’s home to the world’s largest flower garden, the Keukenhof.

Open from March 19 to May 21, 2018, the vast grounds of the Keukenhof feature over 7 million flower bulbs, many of them tulips. In addition, boat tours, workshops, and bicycle rentals are available, ensuring an overdose of springtime fun. 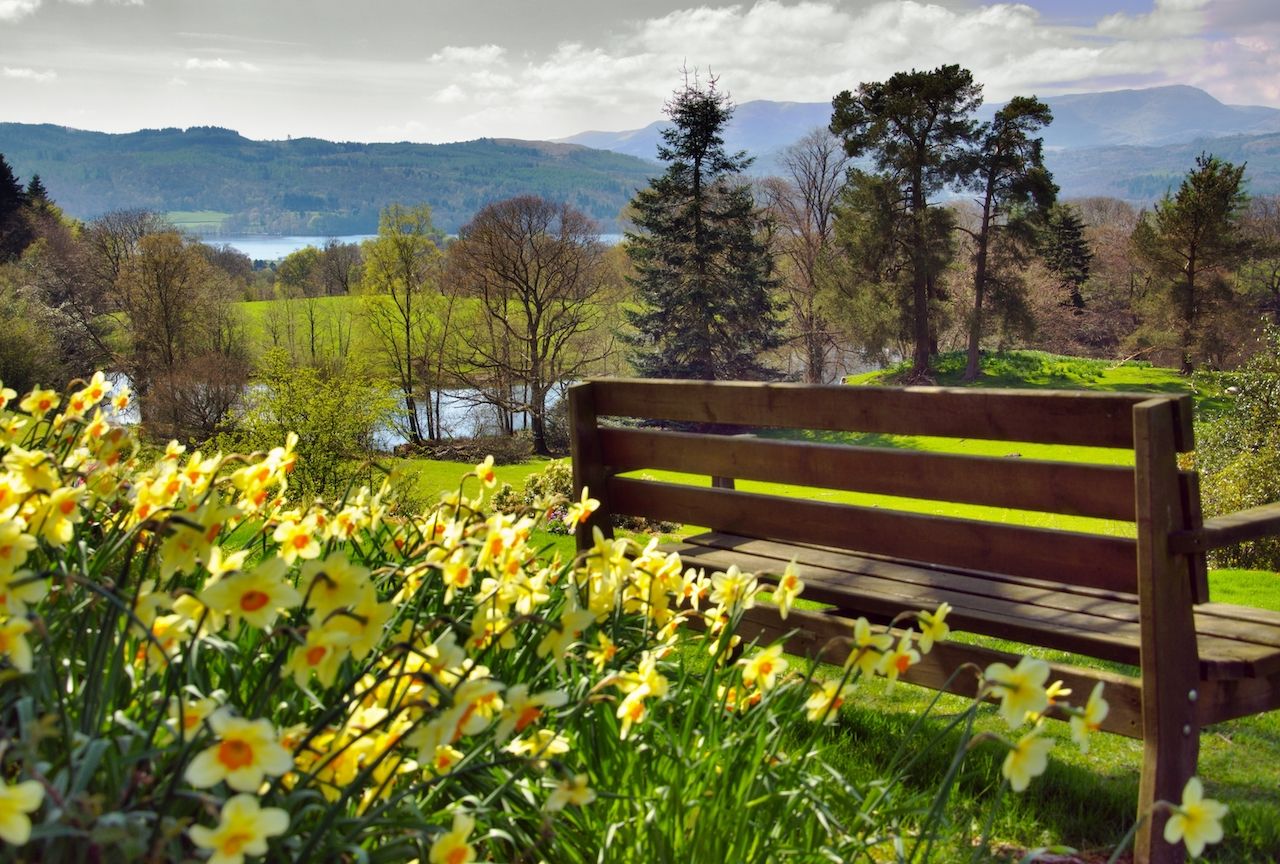 A cradle of bucolic scenery year-round, England’s Lake District reveals something special each spring when daffodils erupt across the hills and dales.

This is where Wordsworth “wandered lonely as a cloud.” If you’re seeking poetic inspiration or just a pleasant stroll through the golden daffodils, fit Lake District National Park into your itinerary.

The town of Ambleside hosts its Daffodil and Spring Flower Show this March on the 17 and 18, but the blooms will be going off throughout April as well. 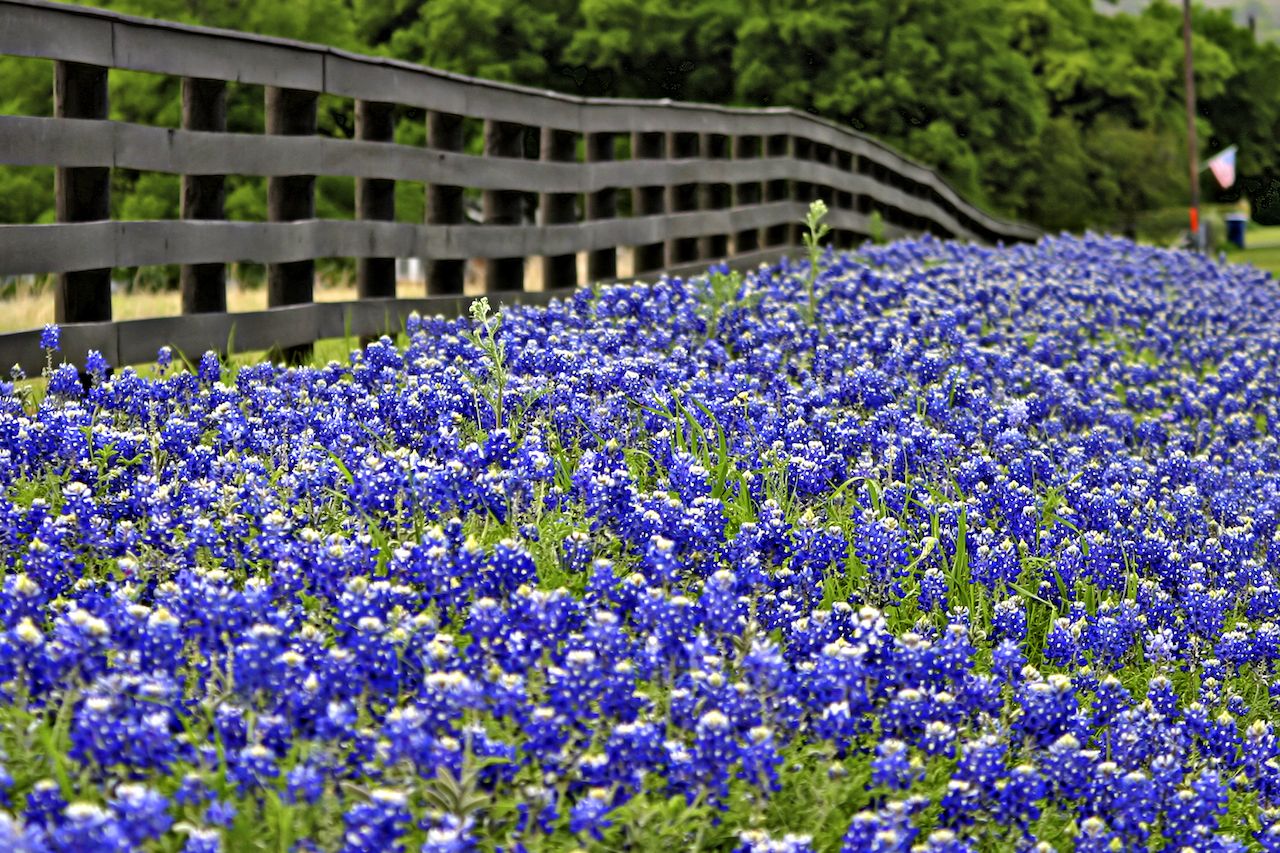 There’s a species of lupine so beloved by Texans that they named it their state flower back in 1901. Each spring, the bluebonnet carpets the plains and Hill Country of eastern and central Texas.

These blossoms are at their peak in April, and the Chappell Hill Bluebonnet Festival is held mid-month accordingly. Ask the locals and they’ll be happy to tell you this is the only “official” bluebonnet festival in Texas.

Yet, it’s just as easy to spot blue-hued meadows along state highways, thanks to a wildflower seeding project prompted by former First Lady, Lady Bird Johnson.

If the flowers on their own aren’t enough for you, consider an outing along the Texas Bluebonnet Wine Trail. This network of East Texas roads traverses prime bluebonnet country while connecting you to more than half a dozen local wineries. 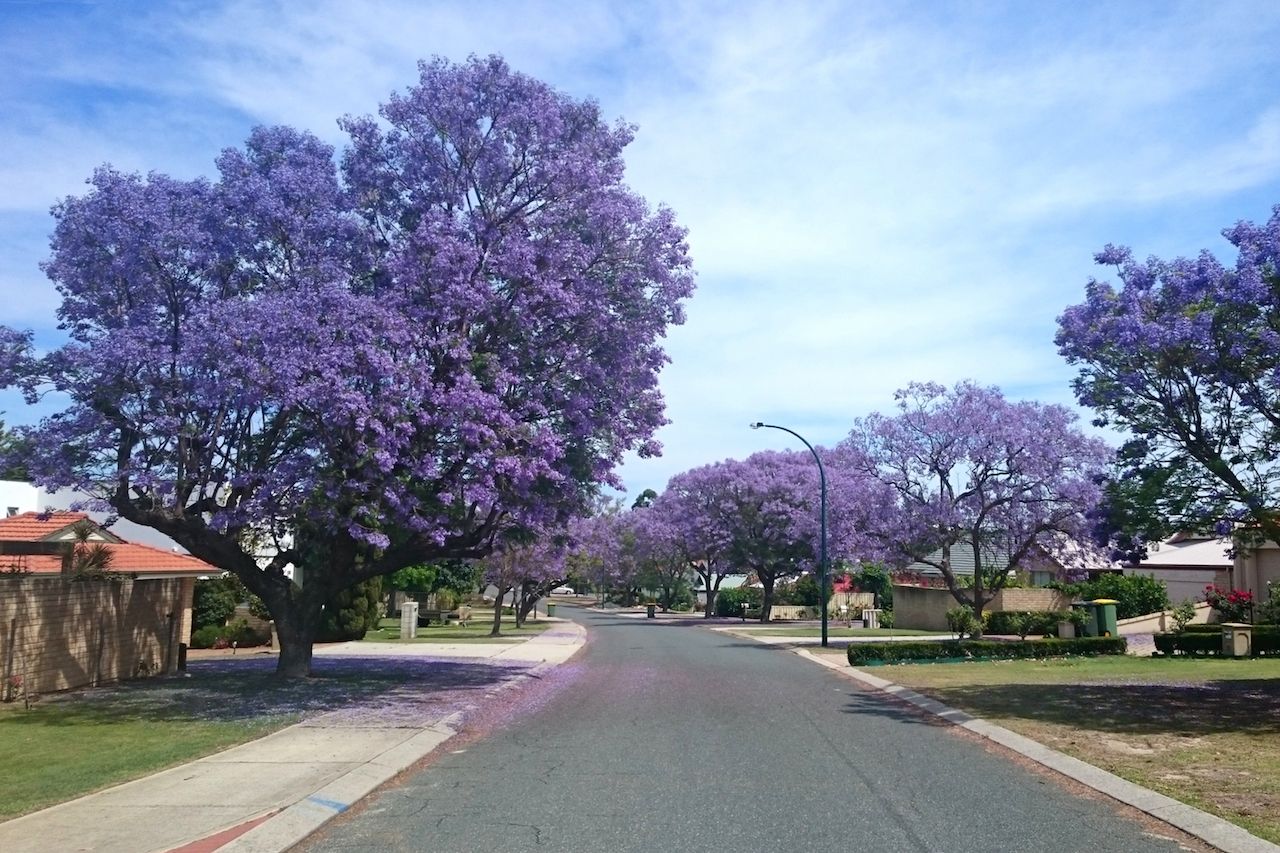 If traveling at the start of the year is not posable when September rolls around, head to Western Australia for a second-chance spring.

Perth, Western Australia, is the place to be, where the annual Kings Park Festival lasts all month.

Live music, art installations, and cultural performances add to the attraction of the flowers blooming throughout the park and botanical gardens.

For the flower obsessed, the tourism board of Western Australia suggests a three-day itinerary heading north out of Perth.

Thousands of species bloom in this region of the country, making it the ideal destination for enjoying spring Down Under.

National Parks21 Spectacular and Unique Trees and Forests Around the World
Tagged
National Parks Insider Guides
What did you think of this story?
Meh
Good
Awesome