Torres del Paine. The Atacama Desert. The wine valleys around Santiago. These are Chile’s greatest hits, and for good reason. They’re crowd pleasers, incredible in their own right, and have made Chile into a bucket list destination juggernaut. But as any music enthusiast knows, it’s often the lesser-known tracks, the B-sides, the obscure singles, that reveal an artist’s true heart and soul.

The same is true for travel and countries: that when you take the road less traveled, what you find is often even more special and memorable than what you set out looking for, like these four places in Chile that the crowds have yet to discover. 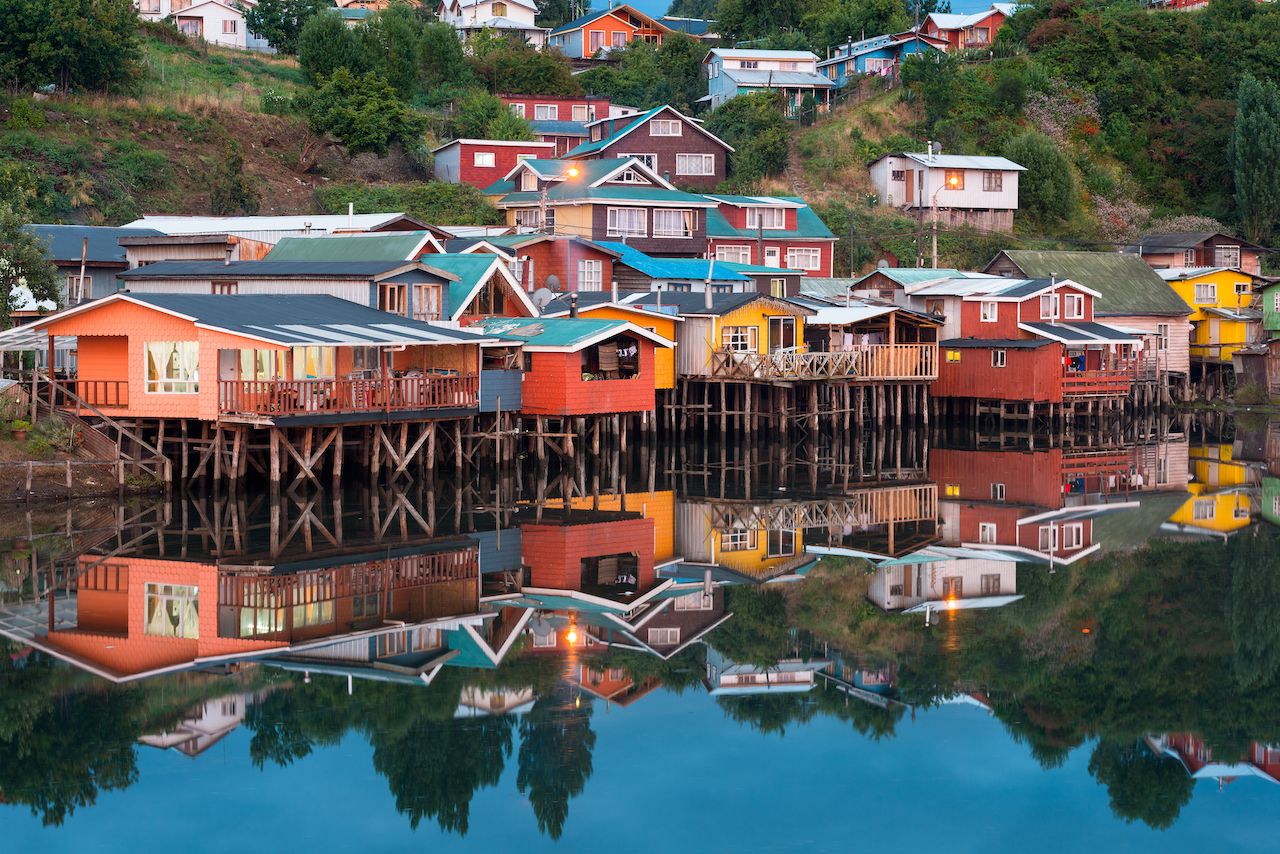 This archipelago in southern Chile requires a small detour to get to, but you’ll be happy you made the trip, because there is no place quite like Chiloé. Made up of a main island and many smaller islets, Chiloé is almost like a South American version of Ireland, in that it has sheep (and therefore lots of woolen products), a dialect that can’t be understood by anyone else (not even other Chileans), tons of potatoes, pastoral landscapes with ocean views, and a deeply-rooted local mythology. But there’s plenty of other things that Ireland doesn’t have, like penguins, whales, and mingas, a tradition where houses are floated over water to new locations.

The architecture on Chiloé is one of the things that really sets the islands apart. Many bayside houses, like those in the capital of Castro, are built on stilts, and covered in brightly painted stylized wooden shingles. UNESCO even certified the islands’ Jesuit churches as World Heritage Sites because of the manner in which they were built: sans nails.

The islanders, who call themselves Chilotes, have extremely strong ties to their island homes, and up until recently, the only way on or off the islands was by boat or plane (a bridge is now being built). Traditional cuisine is centered around seafood and the island’s more than 400 types of spuds, used to make dishes like milcaos, which are potato patties, and curanto, the Chilote version of a clambake. And even though there is Christianity, many Chilotes still believe in the old myths, such as El Trauco, a troll who uses his bad breathe to seduce virgins, or the ghost ship El Caleuche. 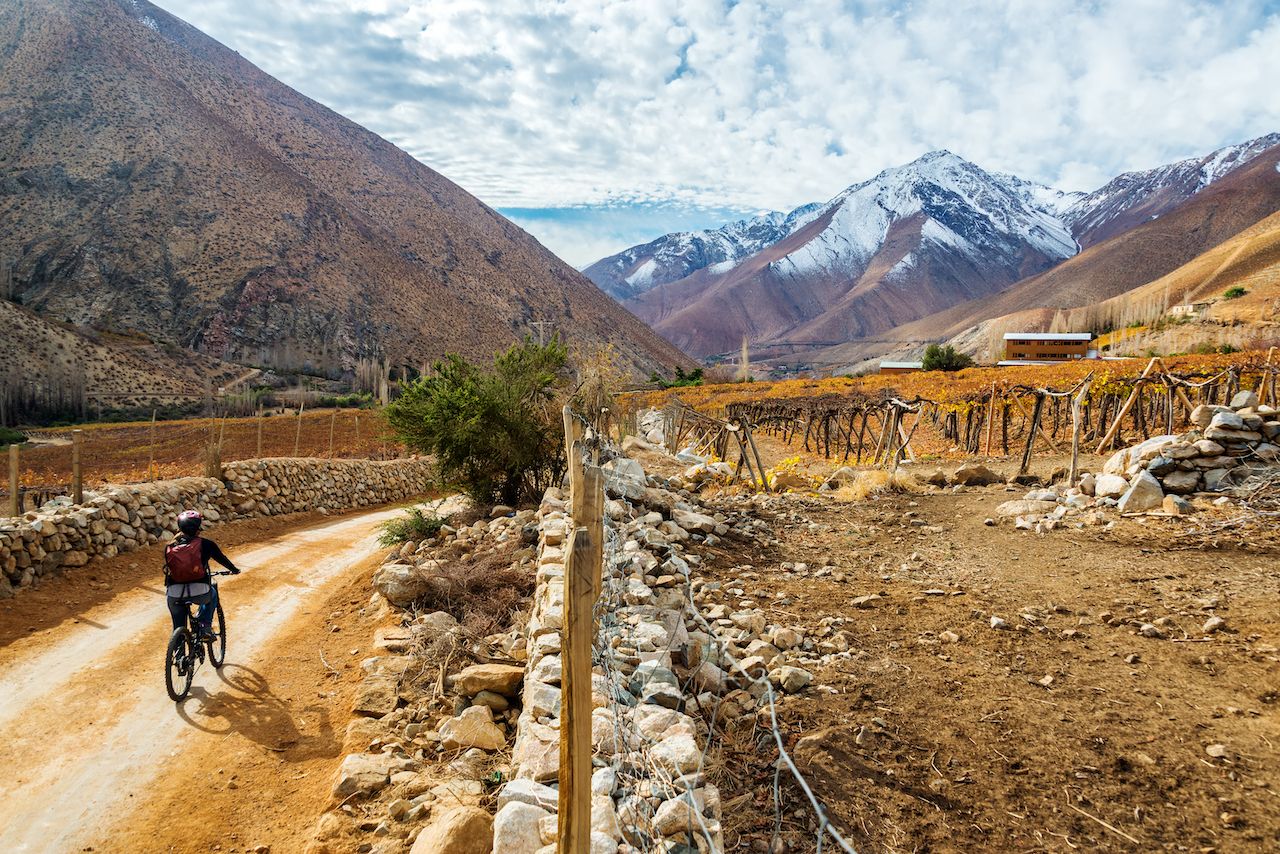 Valle de Elqui, found in Chile’s norte chico, is famous for being the cradle of Chilean pisco. This spirit, made from distilled grapes, is the base for the national cocktail, the pisco sour, and has been grown in the region since colonization, when the Spanish planted vineyards on the valley floors to grow ceremonial wine. Some of Chile’s biggest and oldest pisquerias are located in the towns of Pisco Elqui and Vicuna and offer tours and tastings.

You’re likely to encounter more than a few “believers” and eccentrics in these high mountain valleys, and are often told to “watch the skies.” Maybe it’s the pisco… or maybe it’s something else entirely. For centuries, Elqui has attracted dreamers, seekers, and writers because of its special energy. It was the birthplace of Chile’s first Nobel Prize-winning poet, Gabriela Mistral, and is now full of communes for hippie, counter-culture types because the valley is believed to be one of the great natural energy centers of the world. No one exactly knows why, but one theory is that the high altitude and clear night skies create a clear channel to the cosmos, and reiki, yoga, chakra realignment, and other alt-practices are easily available to help one turn on, tune in, and drop off.

Whether you believe in that kind of stuff or not, the skies are incredible, and on clear nights you can see the Milky Way and other celestial bodies with the naked eye, so a visit to the observatories around the town of Vicuña for stargazing needs to be on your list. 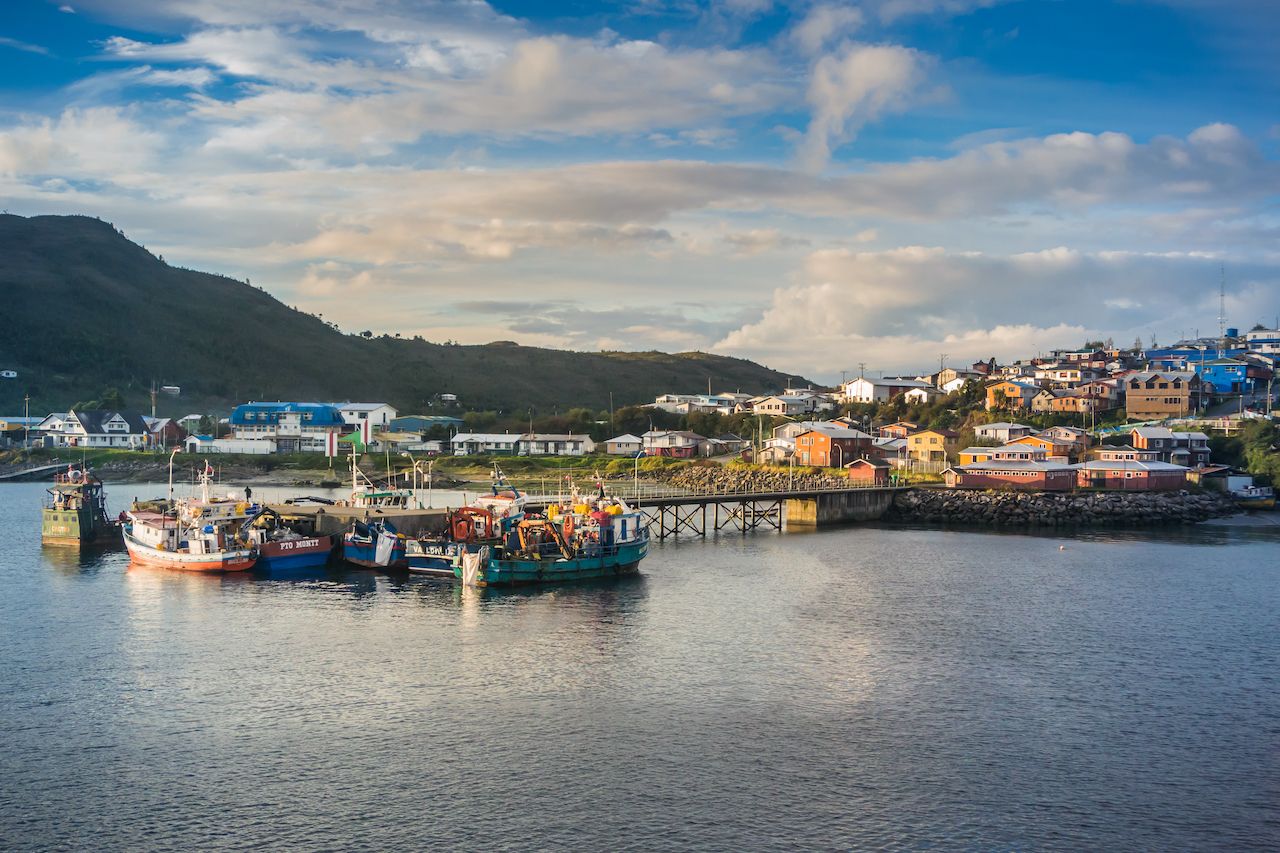 The best way to see this sparsely populated region of northern Patagonia is by cycling down the Carretera Austral, a 770-mile long highway that was the dreamchild of dictator Augusto Pinochet and was meant to unite rural communities. Even though it remains unfinished, this now world-famous route for cyclists acts as an artery through some of Aysen’s most beautiful landscapes, like Queulat National Park, Cerro Castillo, and Parque Patagonia, and it’s easy to make side trips to visit places like Caleta Tortel, a lakeside community built on stilts like in Chiloé, or the Marble Caves on Lago General Carrera, lakeside caves that are famous for their swirling blue, grey, and white colors.

The region is also home to one of Chile’s few temperate rainforests, located inside Queulat National Park. And kayakers, boaters, and fishermen will have a field day exploring Aysen’s lakes and rivers, which are fed by the Northern Patagonian Ice Field and have a vibrant turquoise color from glacial sediment. Finally, if you came to Patagonia to see glaciers, you can’t go wrong with the San Rafael, which is just as impressive as the Grey Glacier in Torres del Paine but lesser known. 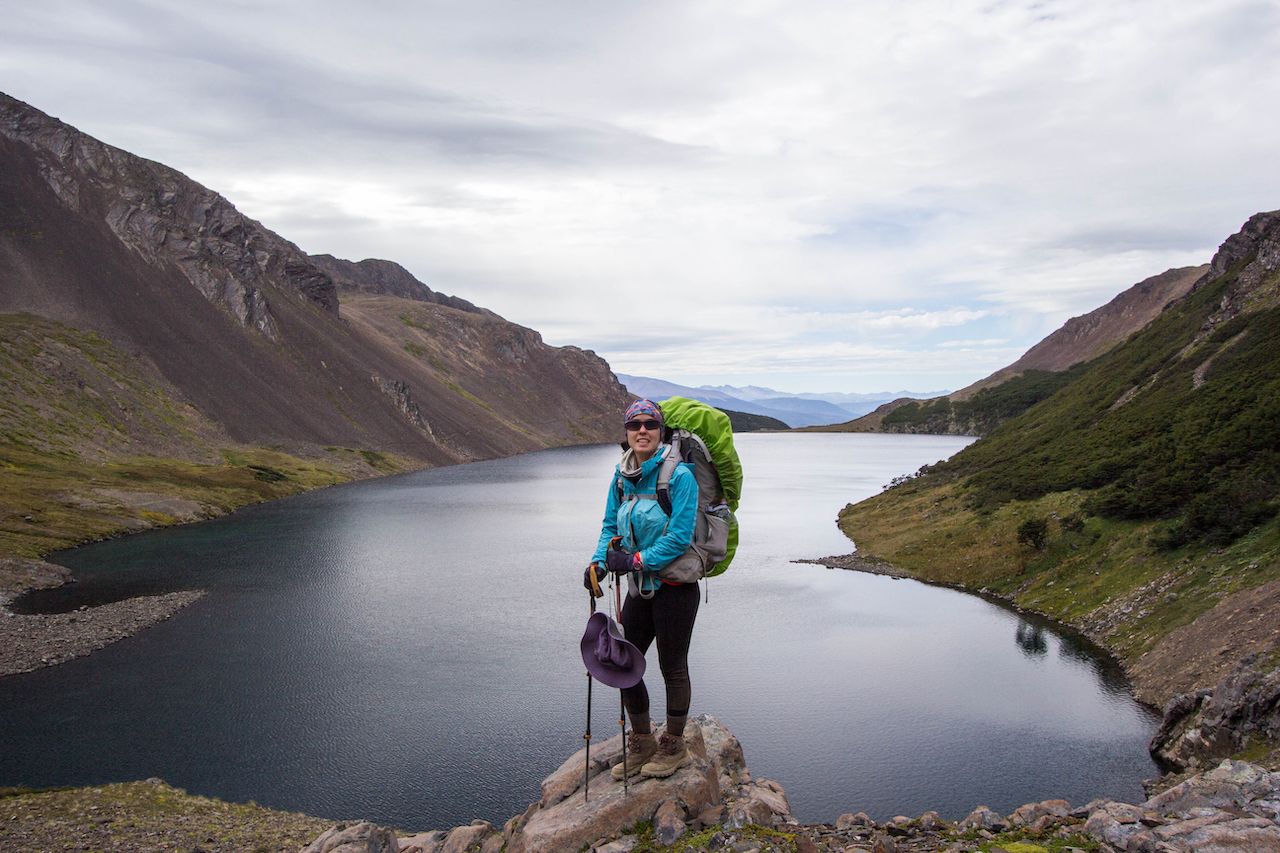 You can’t get any further south than this windy island at the bottom of South America. Literally, just beyond it lies the Drake Passage and then Antarctica. So if whale watching is high on your list for your visit to Chile, Navarino and the nearby Cabo de Hornos National Park will give you some of the best chances for sightings of migrating whales, as well as dolphins, seals, and penguins.

The history of the island, which was explored by the likes of Charles Darwin and lived on by native Patagonian tribes like the Yaghan, can be explored further at the Martin Gusinde Anthropology Museum in the capital and port city of Puerto Williams. While in town, be sure to try the local delicacy, slow-cooked beaver, and then take a short walk to the Omora Ethnobotanical Park. Navarino is home to entire miniature forests of mosses, liverworts, and lichens, some of which are unique only to the island, so the park’s Magnifying Glass program gets visitors up close to these tiny worlds (“Honey, I shrunk the mosses!”)

But biology isn’t everyone’s wheelhouse, so there’s also the Dientes Trek. This up-and-coming circuit that has made a name for itself due to its difficulty, and anonymity in the world of Patagonian trekking. The remote trail, which winds through the Dientes Cordillera, culminates at the 860-meter-high Virginia Pass, where the views are supposed to be unreal (as are the winds, so bundle up).