IT’S EASY TO THINK of Michigan as just another “Midwestern” state, but dig a little deeper and it’s clearly anything but. For starters, it has the longest freshwater coastline of any region in the world, and when you’re here, you’re never more than six miles from a freshwater source.

But it’s not just a water wonderland, either. A trip to Michigan can take you to southern Germany, to the Shire, to wine country, to underwater depths and back again. Here are six awesome places you probably didn’t know existed in the Wolverine State. 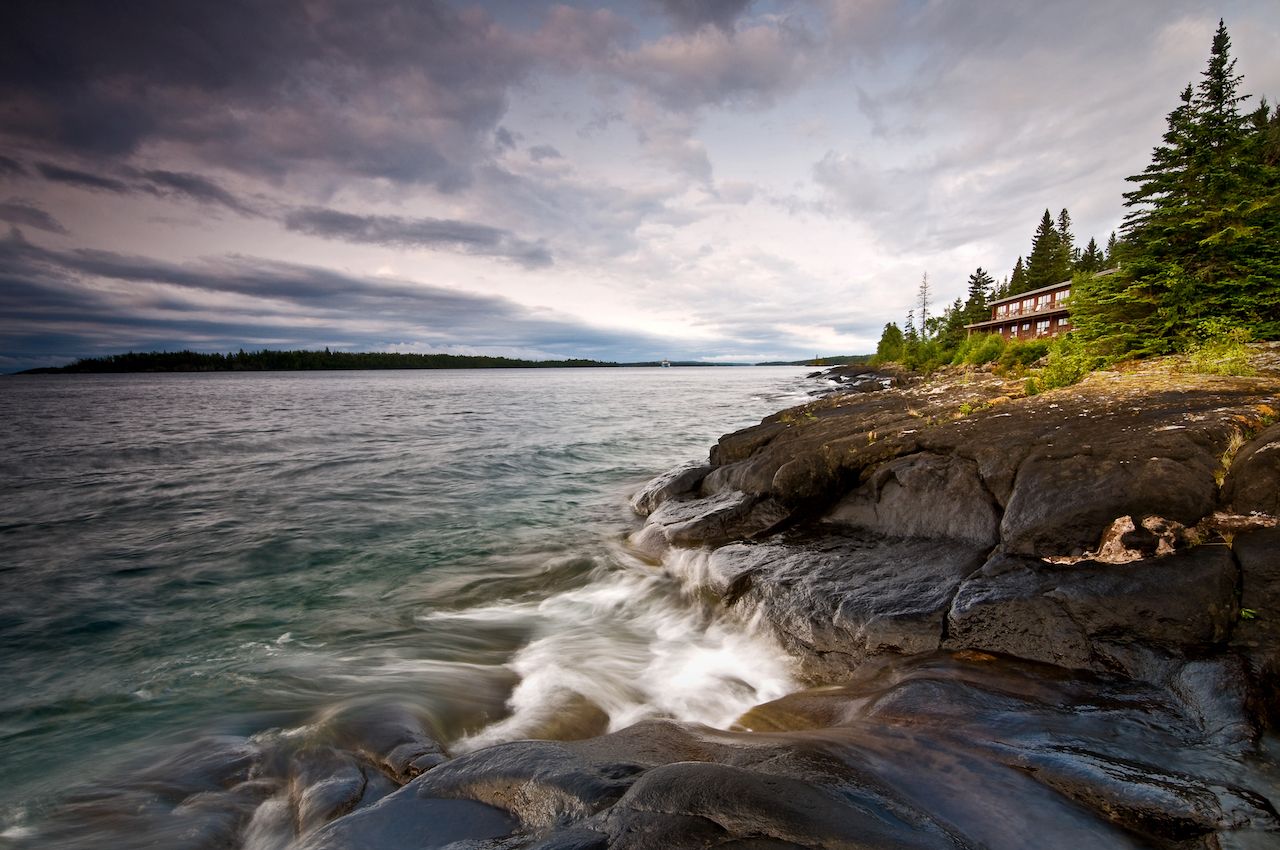 American national parks are rugged chunks of natural beauty — and also well-trod tourist hot spots. But Isle Royale National Park, a cluster of islands in Lake Superior practically on the Canadian border, sees fewer than 20,000 people a year. To put that in perspective, some other parks get 20,000 a day.

What explains the discrepancy? Well, basically, this national park is for thrill-seekers. It’s only accessible by ferry, motorboat, or floatplane, and it’s fully closed in winter. The waters of Lake Superior can be pretty unpredictable, as can the weather. Combine that with a northern latitude, and you’ve got a recipe for the most rugged, untouched national park of them all.

For visitors, this means more than just tranquility — it also means shipwrecks. Largely preserved and intact, too (though, as you’ll see further down the list, Isle Royale isn’t unique in this regard). Then there’s the moose, the wolves, and the miles and miles and miles of hiking, backpacking, and scuba routes to explore. No hopping on a shuttle with 20-some other fanny packs to get from Falls #1 to Falls #2 — here, it’s isolation. Just you, your hiking boots, and a camera.

Yes, you can see the Northern Lights here. No, you don’t have to book a 12-hour flight to Iceland. Yes, you can view them from a dock on Lake Michigan, wrapped in a blanket. Yes, it will be perfect.

Your best bet for this experience is to get to Headlands, ideally around the spring or fall equinoxes when the aurora normally shines the brightest. Pick a spot on the two miles of shoreline or enjoy the skies from the depths of the woods, taking in (for once) what true darkness feels like — until you look up.

PS: This better-than-reality experience is completely and totally free, and the park is open 24/7, year-round. 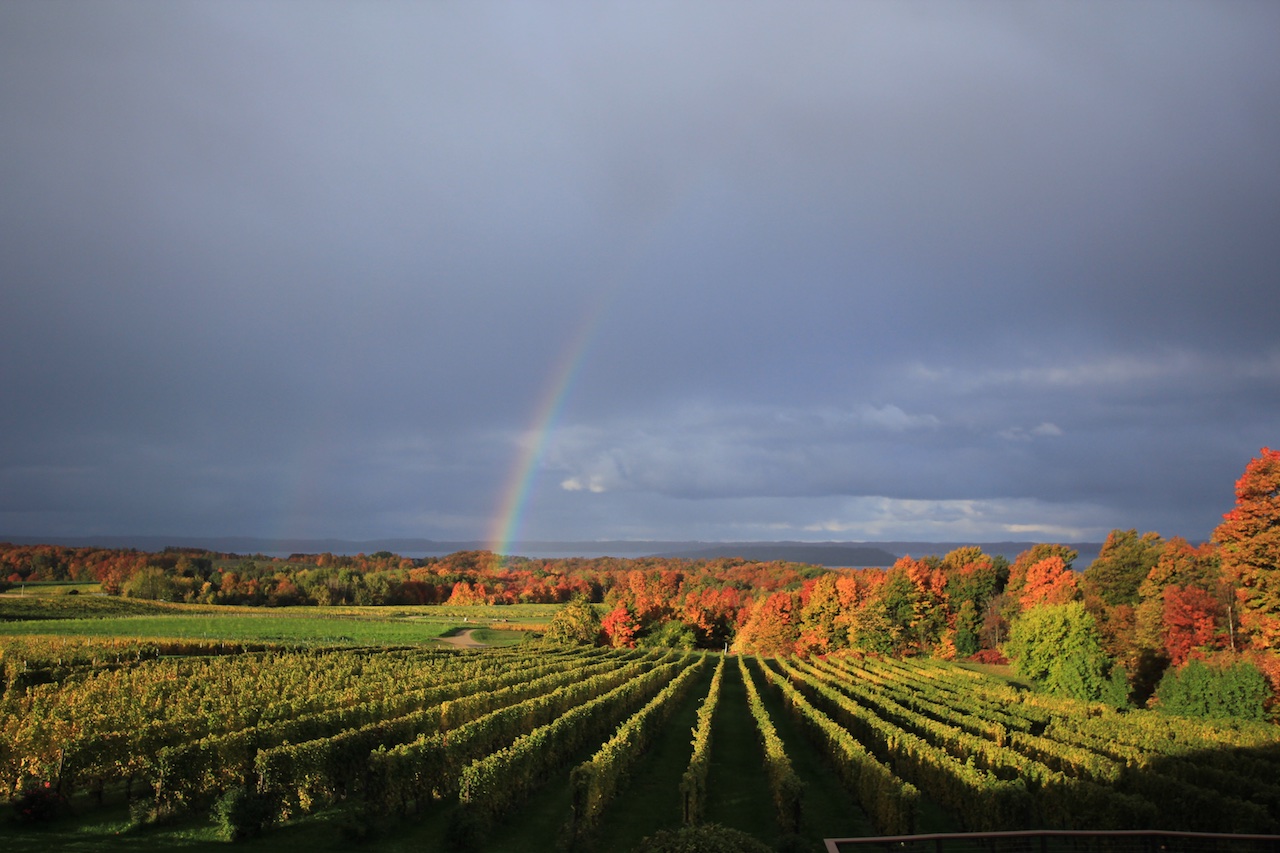 Here’s a tip on how to interpret what someone means when they say they want to see the Old Mission Peninsula — it’s 10 wineries in five miles, just north of Traverse City. And while it may not have the notoriety of the wine produced in, say, California, Michigan wine comes with a handful of other accoutrements worthy of touting in addition to its well-reputed quality — like the fact that none of your friends have experienced this, and that the trip doesn’t come with those famous California price tags.

When you’re up here (in the tip of the ring finger, that is), hop on M-37, or Center Road. You’ll know you’re in the right place when you’re surrounded by orchards, fruit stands, and hills that run from shoreline back to rolling hill. At the top of the largest of those hills, you’ll find the vineyards of Chateau Grand Traverse and views on both sides looking down into the bay. On your way back, two notables are Mari Vineyards and Peninsula Cellars. The first is an Italian stone villa and the area’s newest spot; the second is housed in an old one-room schoolhouse. Bring a picnic and your camera, because no one will believe this little enclave of “charming” actually exists.

Hint: For you oenophiles out there, this area is right along the 45th parallel — just like the Bordeaux and Côtes du Rhône regions of France and Piedmont in Italy. Go for the Reisling or Chardonnay, and you won’t be disappointed. 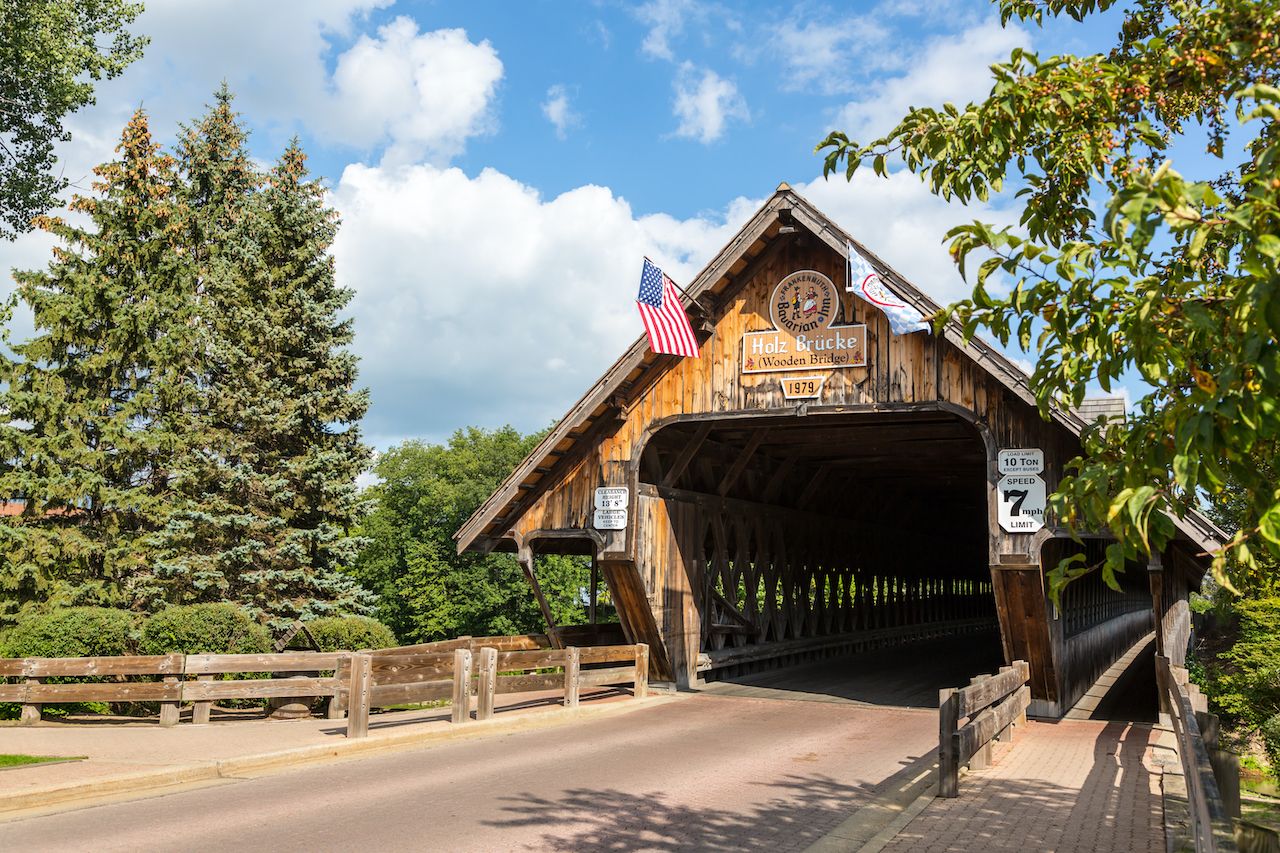 Wine not your thing? Michigan thought of that, too, which is why Frankenmuth is here to save the day, and we’ll give you one guess how…yeah, it’s beer.

You can close that Kayak tab now, because Little Bavaria is smack dab in the middle of the continental 48. So is the World’s Largest Christmas Store, but that speaks for itself. Frankenmuth is a little piece of southern Germany not far from Saginaw, and it goes to the nines with German shops, architecture, and festivals all year long. The World Expo of Beer and the Bavarian Festival feature in summer, while Zehnder’s SnowFest is winter’s highlight (you won’t see snow sculpting like this anywhere else). And then, obviously, Oktoberfest — Frankenmuth’s was the first in the world to be sanctioned by the City of Munich.

And while the town is a great place to knock back a stein any time of year, it’s important to know it’s also famous for its chicken. Hit up the Bavarian Inn for both and you’ll understand what all the fuss is about.

Thanks to those thousands of miles of shoreline, Michigan has an equally impressive number of underwater preserves and sanctuaries. This one is on Lake Huron (the eastern side of the mitten), and you can check out the history of lake travel in the form of everything from 1844 sidewheel steamers to more modern 500-foot-long German freighters.

But we’re not talking docked vessels. This place is known as Shipwreck Alley, and it’s clearly earned its moniker — it currently protects an estimated 116 “historically significant” shipwrecks. Not 116 shipwrecks, 116 big ones, some observable, others in hundreds of feet of water and out of sight. However, nothing’s out of sight if you’re looking for a scuba adventure. You can paddle and kayak here, too.

6. The Hobbit Houses of Charlevoix 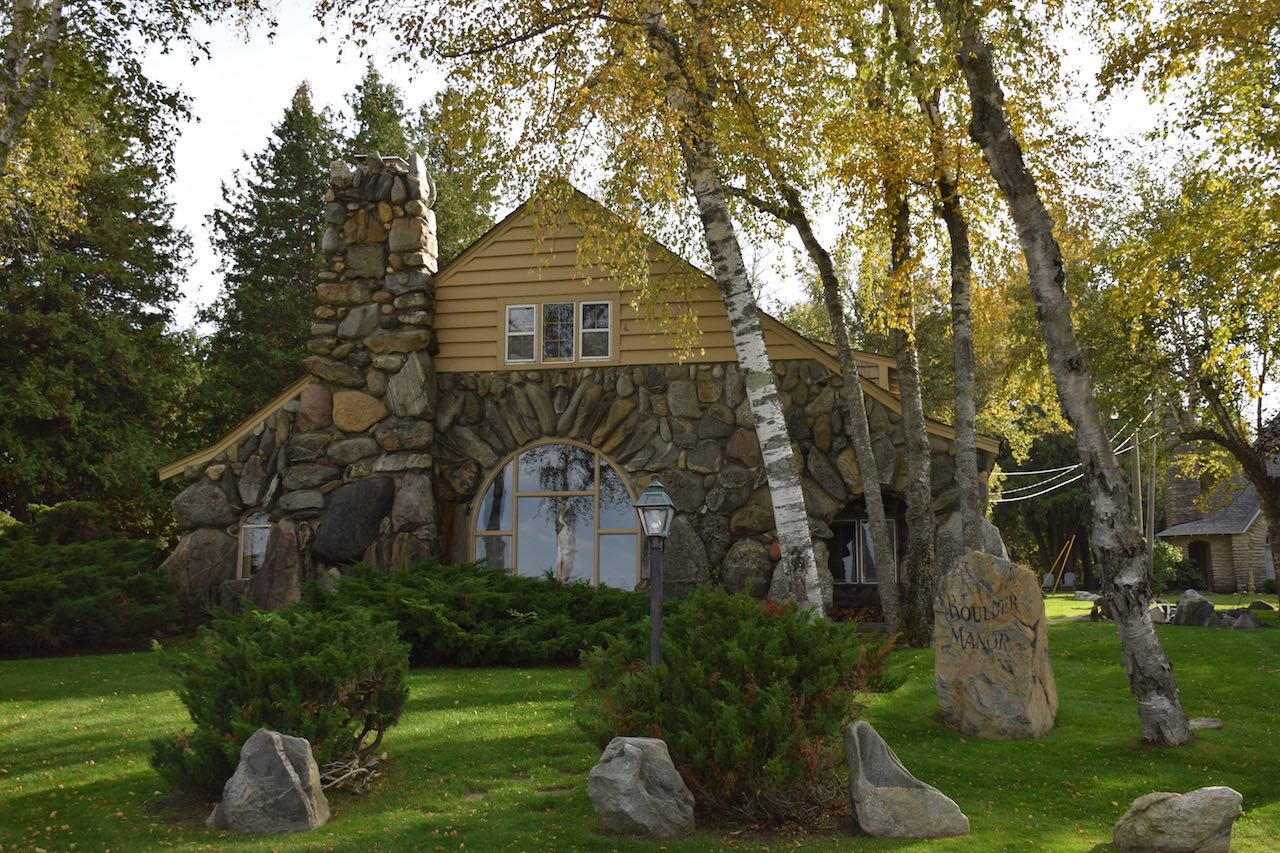 Move over New Zealand — Charlevoix has its eye on you. Or, rather, Earl Young does. From the 1920s to the 1950s, he was busy constructing “hobbit houses” in the town of Charlevoix. Nowadays, you can tour the streets of town, marveling at these slanted-roofed dwellings and their curved lines, limestone boulders, and other natural architectural features. The Half House (306 Park Avenue) is the most famous, but word to the wise: Many of the homes are private residences, so be sure to admire from a distance.

At least, be sure to admire the private ones from a distance. Others can be marveled at from the inside — they’re available for rent. Who wants a hotel room downtown when you can live like Frodo in the Shire? Earl Young was successful in proving that a small house could be just as inspiring as a castle — after all, it’s the unexpected things that really make you look twice.

This post is proudly produced in partnership with Pure Michigan.
Tagged
Travel Michigan, United States
What did you think of this story?
Meh
Good
Awesome