No matter where you’re from or whether you’ve been to Atlantic Canada, you may have already heard about top Nova Scotia sights like the famous lighthouse at Peggy’s Cove or the pretty UNESCO town of Lunenburg. These are no-brainers. No visitor should miss them.

But how about adding something off-the-radar to your itinerary? For the freshest of fresh-caught lobster, for thousands of years of history, for the ocean at its grandest and most powerful, check out the six spots below. 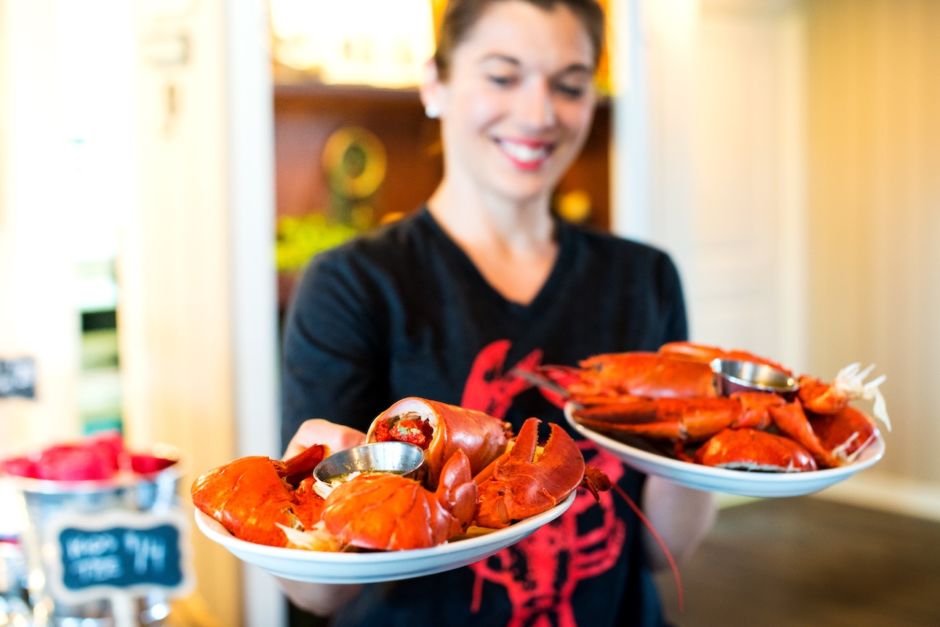 When in Nova Scotia, having a feed of lobster is required — and there’s nowhere better to get cracking than Canada’s lobster capital, Barrington. It sits on the province’s south shore not too far from Yarmouth (where the ferry from Bar Harbor, Maine, arrives) and Digby (ferry service to and from Saint John, New Brunswick).

Truly, this is the spot to get your Nova Scotia on. You can learn traditional Nova Scotian skills like rowing a dory (the boat, not Nemo’s friend) and how to be a lumberjack (that’s logrolling, tree climbing, axe throwing, cross-cut sawing, and bow sawing). And for that feed of lobster, the most lobstery time to make the trip to Barrington is February for the month-long Nova Scotia Lobster Crawl Festival. Meanwhile, June brings the Shelburne County Lobster Festival, when locals celebrate the end of another successful lobster season. But if you’re visiting at another time, don’t worry — lobster dishes can be found throughout the year. And just wait till you try the scallops.

While you’re here: Cape Sable Island, a 15-minute drive from the center of town, is the southernmost point in the province. At The Hawk Beach, you can wander among the remnants of a 1,500-year-old petrified forest visible only at low tide. Lighthouse fans can snap pics of Cape Sable Lighthouse — it’s Nova Scotia’s tallest at 101 feet. Cape Sable Island is also known as one of the best birding spots in the province, not only for variety but for the occasional massive flock that stops here to rest during migration season. 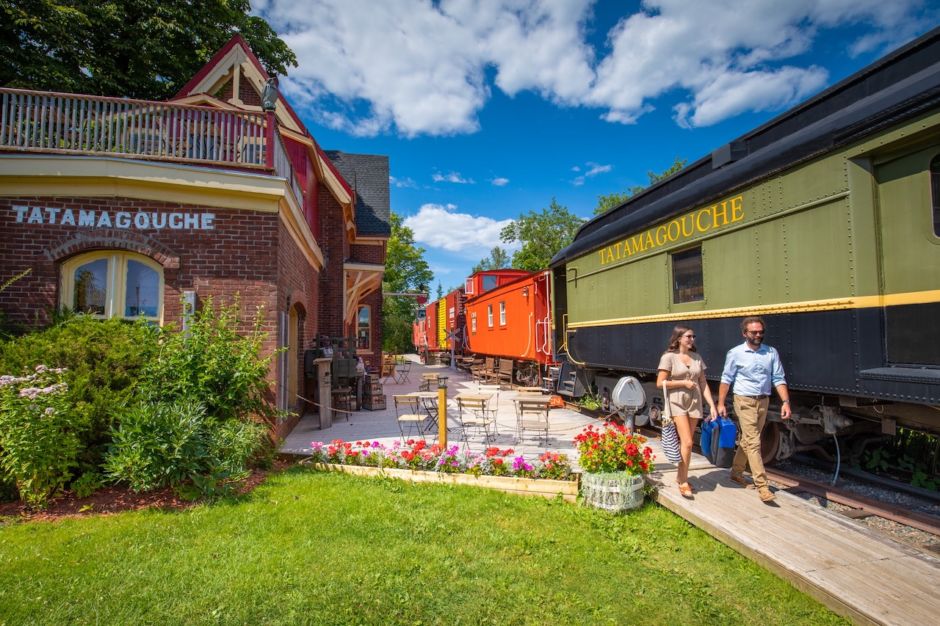 Tatamagouche (say it “ta-ta m’GOOSH”) is on Nova Scotia’s north shore, looking over Tatamagouche Bay. The town was on a key traveling route of the Mi’kmaq First Nation and, much later, it became a stop on the Intercolonial Railway. Pay a visit to the Train Station Inn for a meal in the dining car — with ingredients sourced from the onsite garden — and a taste of Nova Scotian history. You can even sleep in a decommissioned railcar if you decide to spend the night.

But beyond the bygone days, the darling inns, the bustling Main Street and Creamery Square, Tatamagouche is known for its easy access to swimmable beaches — like Rushtons and Blue Sea, both provincial parks — and for its biking/walking paths that are part of the Great Trail, aka the Trans Canada Trail system. In between your outdoor pursuits, grab a craft beer at Tatamagouche Brewing Co. (staff won’t judge you for ordering the Hippie Dippie Pale Ale over the Butcher Block Red) or sample the wines at nearby Jost Vineyards — try the Jost Great Big Friggin’ Red, a toast to 150 years of Canadian greatness. 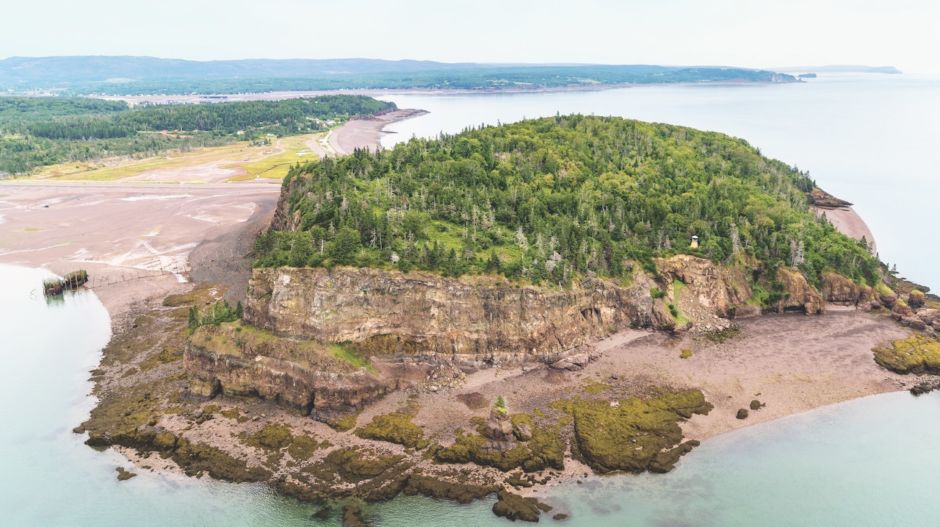 Parrsboro is one of the prettiest spots on the north shore of the Minas Basin, an inlet of the Bay of Fundy. And if you know anything about the Bay of Fundy, you’ll understand why Parrsboro is also a great place to see the world’s highest tides in action. Take a hike on Partridge Island at high tide to see the ocean roll and roil.

At the Fundy Ocean Research Centre for Energy, or FORCE, you’ll learn how that tidal power can be harnessed as renewable energy. And don’t miss the Fundy Geological Museum, which has more exhibits on the tides and the impact they have on Nova Scotia’s landscape. Bonus: Also on display here are bones of some of Canada’s oldest dinosaurs and fossilized bugs as big as baseball bats. 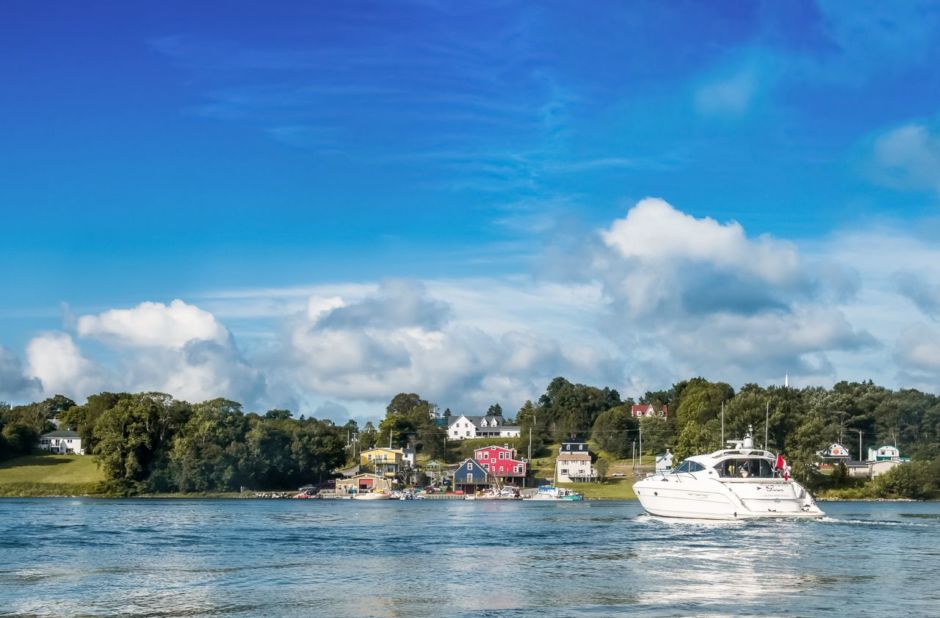 Guysborough, on Nova Scotia’s eastern shore, is a photographer’s dream. The old bridges and buildings, wetlands, and the coast all make for great subjects for the ‘gram and for your wall. You can go for a self-guided historic walking tour around town (start at the Old Courthouse), take a museum day, or wander the Guysborough Waterfront Trail.

Whatever you choose to do, energize at Days Gone By Bakery with a hot cup of coffee and a warm breakfast biscuit before you sample a different kind of fuel at Authentic Seacoast Distillery & Brewery. They create craft beers and spirits like Virga Vodka, Sea Fever Rum, and Glynnevan Whisky (yep, the “e” in whisky doesn’t cross the border). Guysborough is also known for its hidden coves ideal for kayaking and swimming, and for its great cycling and fishing. 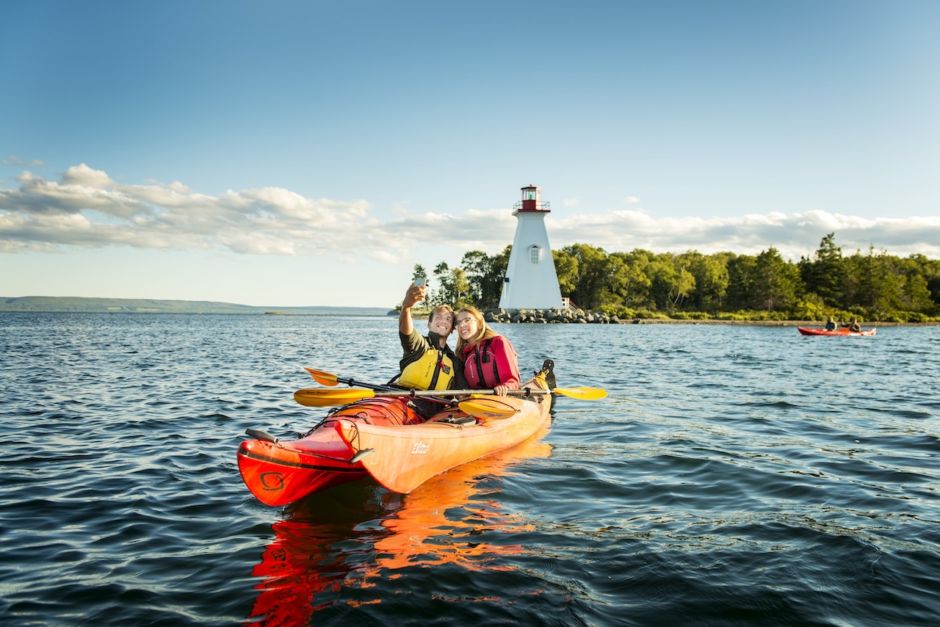 The village of Baddeck is in the center of Cape Breton Island, on the shore of the Bras d’Or Lake UNESCO Biosphere Reserve and the start of the Cabot Trail. The area has all the outdoor pursuits popular in Nova Scotia, including boat tours to see puffins and a hike to a 50-foot waterfall. You might want to stay here for a bit — the town has a surprising array of accommodations, boutiques, and restaurants for its small size. It was also once the summer home of Alexander Graham Bell, inventor of the telephone, and you can see his early prototypes and more of his inventions at the Alexander Graham Bell National Historic Site.

Foodies will want to plan ahead to dine at Baddeck’s The Bite House. This 12-seat farmhouse restaurant sells out its entire year of reservations within an hour of releasing them (typically in early January). If you missed reservation day, add your name to the waitlist and perhaps you’ll get lucky enough to try their nine-course tasting menu of locally grown and foraged ingredients like cornflower, chanterelles, and apple mint. 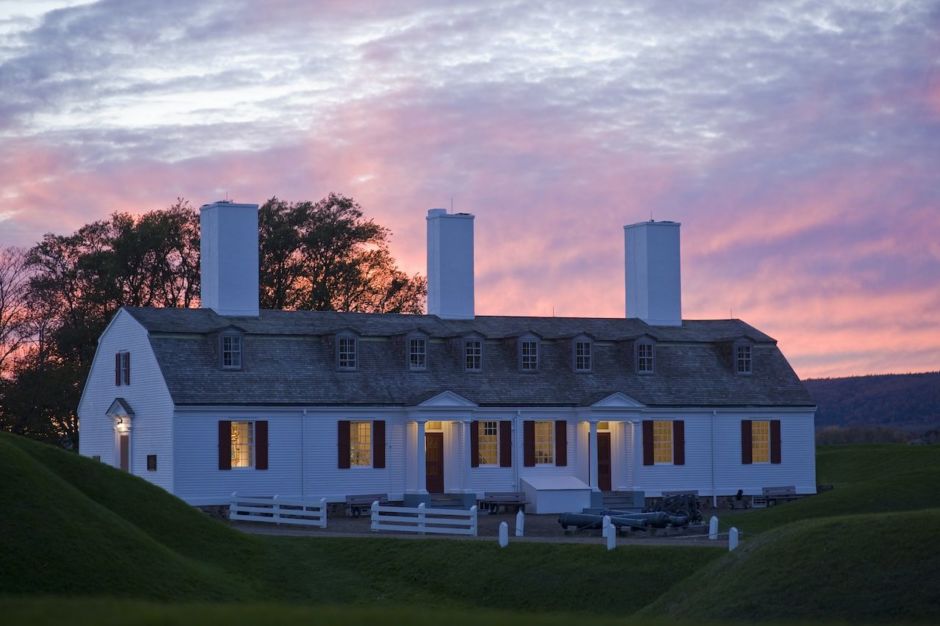 On the Annapolis River near the Bay of Fundy’s south side, not far from Digby, is the quaint town of Annapolis Royal. Once selected “World’s Most Livable Small Community,” it’s also one of Canada’s five cultural capitals. The town has over 135 registered heritage properties, some of the oldest wooden buildings in Canada, the Annapolis Royal Historic Garden, Fort Anne (Canada’s oldest national historic site), and even a graveyard tour — unsurprising when you learn that this was the first permanent European settlement in the country. It’s the kind of town you want to wander around in and just soak up the lovely atmosphere.