Miami, LA, and NYC are known for their electric nights. But what of cities with a bit less nightlife publicity? From Baltimore to Phoenix, you can still find plenty of places that pulse when the sun goes down — places that are open-air-dance-club good, that are secret-speakeasy good.

From year-round Burning Man vibes, to smaller cities with unexpected and unbelievable craft beer scenes, to rooftops built for escaping the masses, here are a few under-buzzed nightlife scenes we all should be talking about. 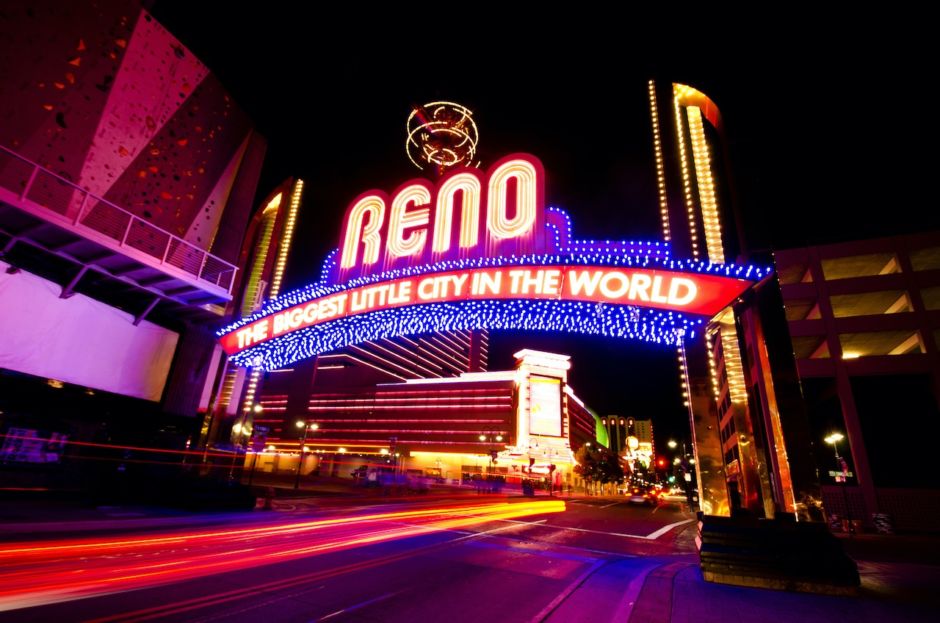 In Reno, you can go pure Vegas at LEX Nightclub at the Grand Sierra Resort and Casino, conquering the night in style with table service and VIP booths. But if your heart leans more towards Burning Man, The BlueBird is for you. Stop in and there might be aerial yoga happening. It might be costume night. Always, there’ll be cheap beer, homemade kombucha, and free water for your hydration needs. Get ready to dance. Let the trippy sounds of EDM buzz through the Funktion-One sound system into your veins. Ask yourself, when did clubs get to be so inclusive, so good?

For a more low-key version of Burning Man, there’s The Eddy. By day, it’s a family- (and pup!) friendly “collaborative community space.” This means a central outdoor courtyard to hang out in and surrounding shipping containers filled with food and drink (there are three bars!), art, and pop-up shops. As night falls across the city, you’ll find you’re in a popular bar space where you can get involved in a sky-high game of giant Jenga, bocce, cornhole, and interactive Burning Man sculptures. You’re welcome.

Greyhound stop: 280 N Center St, half a mile (10 minutes on foot) from The BlueBird 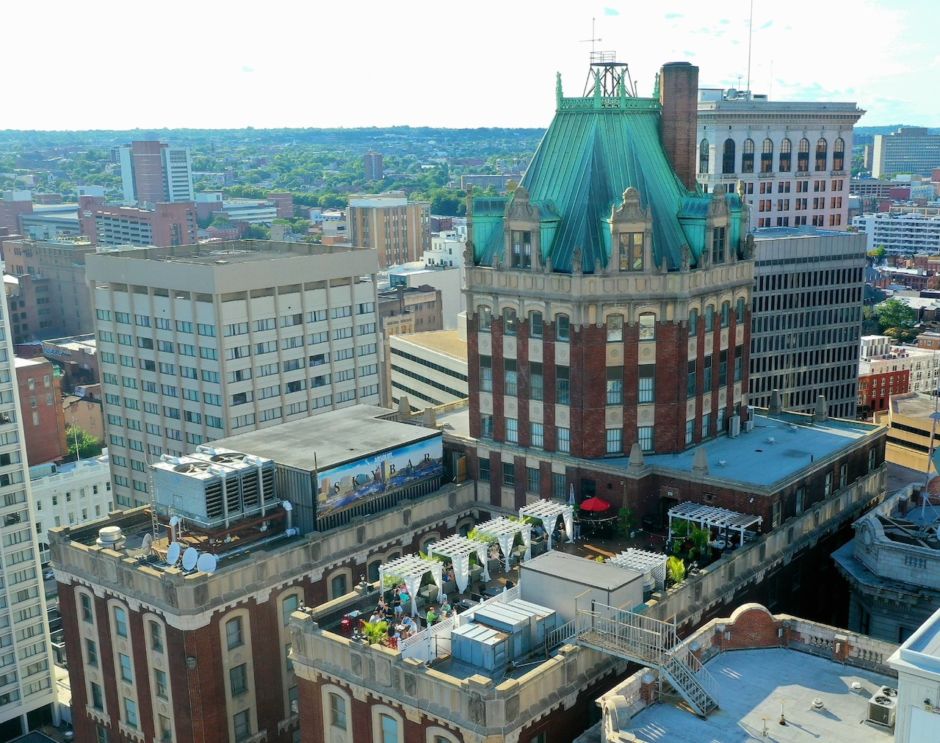 The reasons to get off the bus in Baltimore extend way beyond taking a trip around the Inner Harbor. Here, the nightlife revolves around the city’s rooftops. For a laid-back introduction to the scene, check out Woody’s Cantina, where your attention will be divided between the fried avocado tacos, cocktails, and killer views of Fells Point and its cobblestone streets.

On the other hand, if you’re after a truly glam rooftop night — and a vantage point overlooking the harbor — slip into the era of flappers and jazz at The Bygone (it’s on the 29th floor of the Four Seasons Baltimore). Or feel equally fancy without spending quite so much dollar at LB Skybar, on the 19th floor of the Lord Baltimore Hotel. The crowd is hip, it’s out in the open air, and cocktails-of-the-day cost a (happy hour) $6. 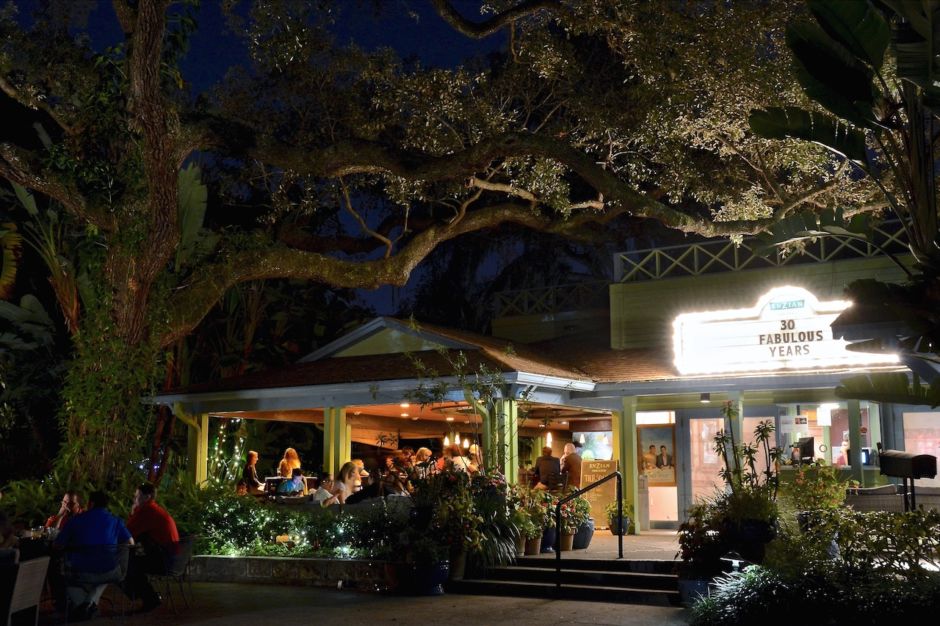 Orlando = not just for kids. Come dusk, head to Orange Avenue and Church Street downtown and you’re basically guaranteed a night to remember. (Or a totally chill evening, if that’s what you’d prefer.) For the latter, hit up SAK Comedy Lab at CityArts Factory for improv, Blue Bamboo for live jazz, or Enzian to watch indie films and drink craft beer on an outdoor patio surrounded by moss-draped live oaks.

If you want to go bigger, there’s the rooftop speakeasy housed in an old cobbler’s shop: Hanson’s Shoe Repair. To get in, find the password on Twitter (when you’re asked via buzzer how many shoes you need repairing, that’s code for how many are in your group). Okay, and if you want to go bigger still, there are slick clubs like The Attic Orlando and EVE. Or try the iconic gay resort Parliament House — it’s been around since the ‘70s, and yes, Lady Gaga and Chaka Khan have performed here. 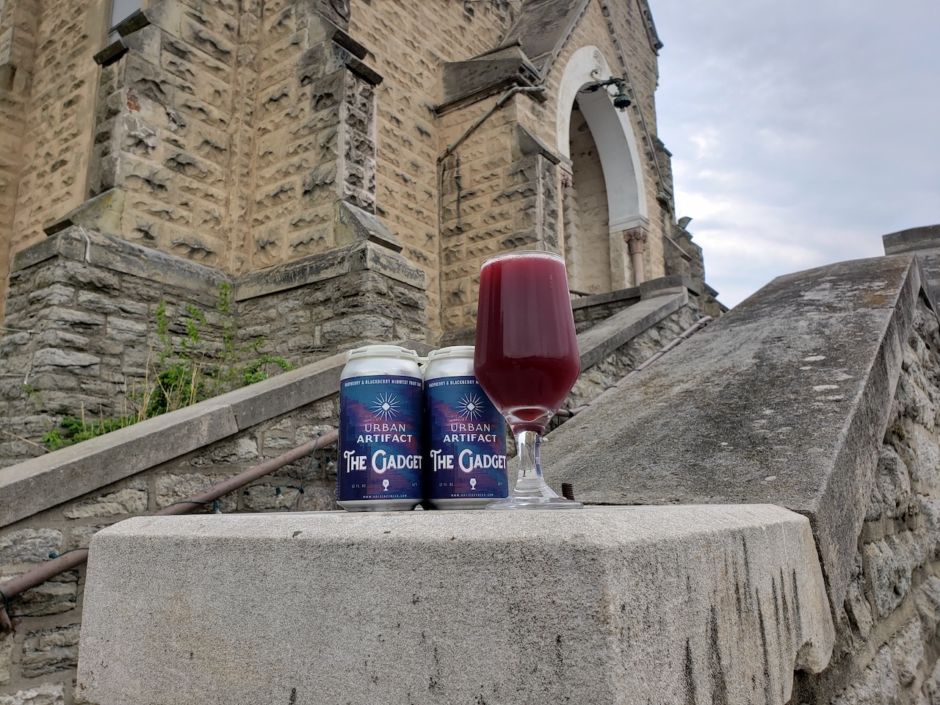 Exploring a new place on foot can be so freeing. If you love wandering old city streets at night, tackle Cincinnati’s Brewing Heritage Trail (a self-guided walking tour you can navigate via app). It leads you past the 19th-century brewhouses and saloons of the Over-the-Rhine neighborhood, and you’ll see plenty of bars, music venues, and clubs worth checking out as you go.

When you’ve wrapped up the trail, why not keep things to theme and check out OTR’s beer scene? Visit Urban Artifact (housed in an old church), The Woodburn, and MadTree Brewing, where the pizza’s as good as the beer. Also, don’t miss Rhinegeist Brewery (try their citrusy, crispy flagship IPA called Truth) for ping-pong, cornhole, and — if you come at the right time — night yoga, trivia, or jousting. 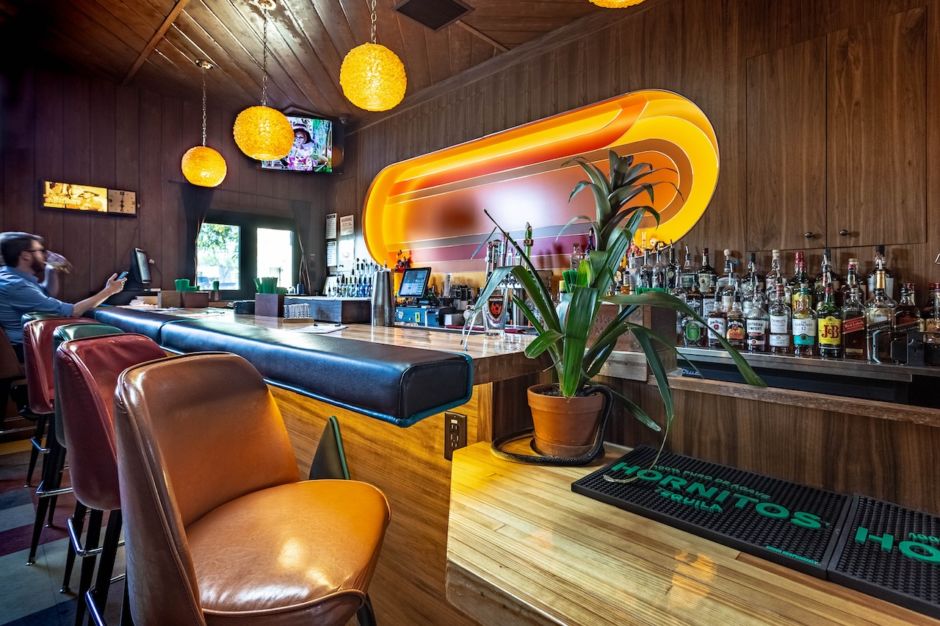 Getting off the bus in Phoenix and seeing those desert hills rise up around the city like pieces of Mars dropped down to Earth, it can be hard not to think, “I want to hike!” Save that for the morning, when you might need to sweat out some toxins. Tonight, you’re going out.

If Stranger Things got you all nostalgic for the ‘80s, dig into the old-school arcade games and cocktails — try the Game Over — at Cobra Arcade Bar. For more where that came from, hit up Thunderbird Lounge or Electric Bat Arcade. Meanwhile, there’s free live music (both local and national acts) and housemade zucchini burritos at Crescent Ballroom. And for that ineffable feeling of being truly alive in your body as you dance to hip-hop on a roof above a glittering desert megacity, head to Bar Smith. 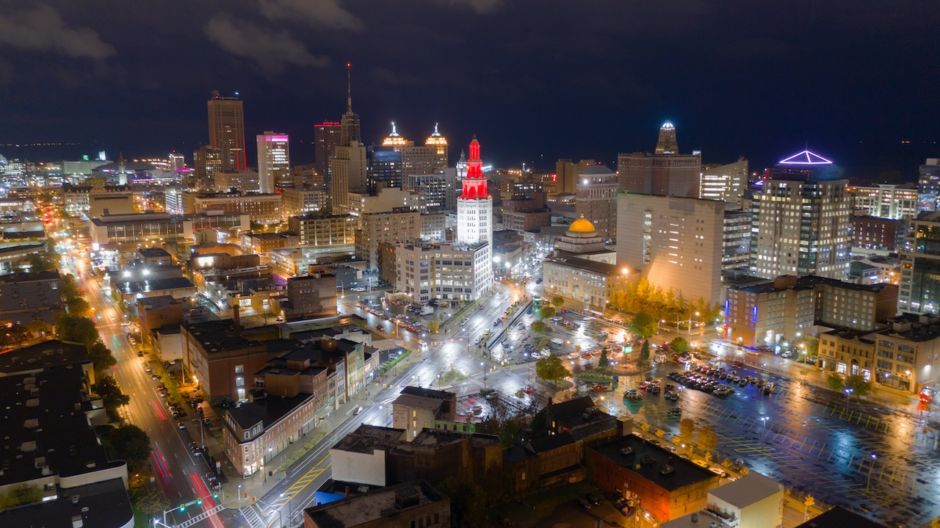 If you were just thinking of Buffalo as a stopping point on the way to Niagara Falls, think again. This is the second-largest city in New York! It’s also the home of nightlife neighborhood Allentown, full of magic old dive bars like The Old Pink. You’ll also find the wonder that is Allen Street Hardware Cafe, a place of Berlin-style backroom dance parties and a restaurant that serves up bison burgers and po’ boys till midnight on weekends.

You’re in Buffalo, though. At some point before it closes at 2am, head past the Art Deco skyscrapers and down the street to Gabriel’s Gate. Welcome to the kitschy bar-cabin of your dreams. Order the best crispy, saucy Buffalo wings and horseradish-slathered beef on weck in the city. Devour. Pinch yourself, because how can ordinary food taste like an actual dream? Now, sleep.

This post is proudly produced in partnership with Greyhound.
Tagged
Music + Nightlife Restaurants + Bars United States
What did you think of this story?
Meh
Good
Awesome