With Pride festivities in full swing all over the world, summer is the best time for gay travel. While we encourage you to travel anywhere you want to see as an LGBTQ+ traveler, we think the perfect destinations are cities where you will feel welcome, safe, and at home in a diverse and vibrant gay scene. From European beaches to Asian cities, here is a guide to the best gay-friendly vacation spots around the world for summer this year. 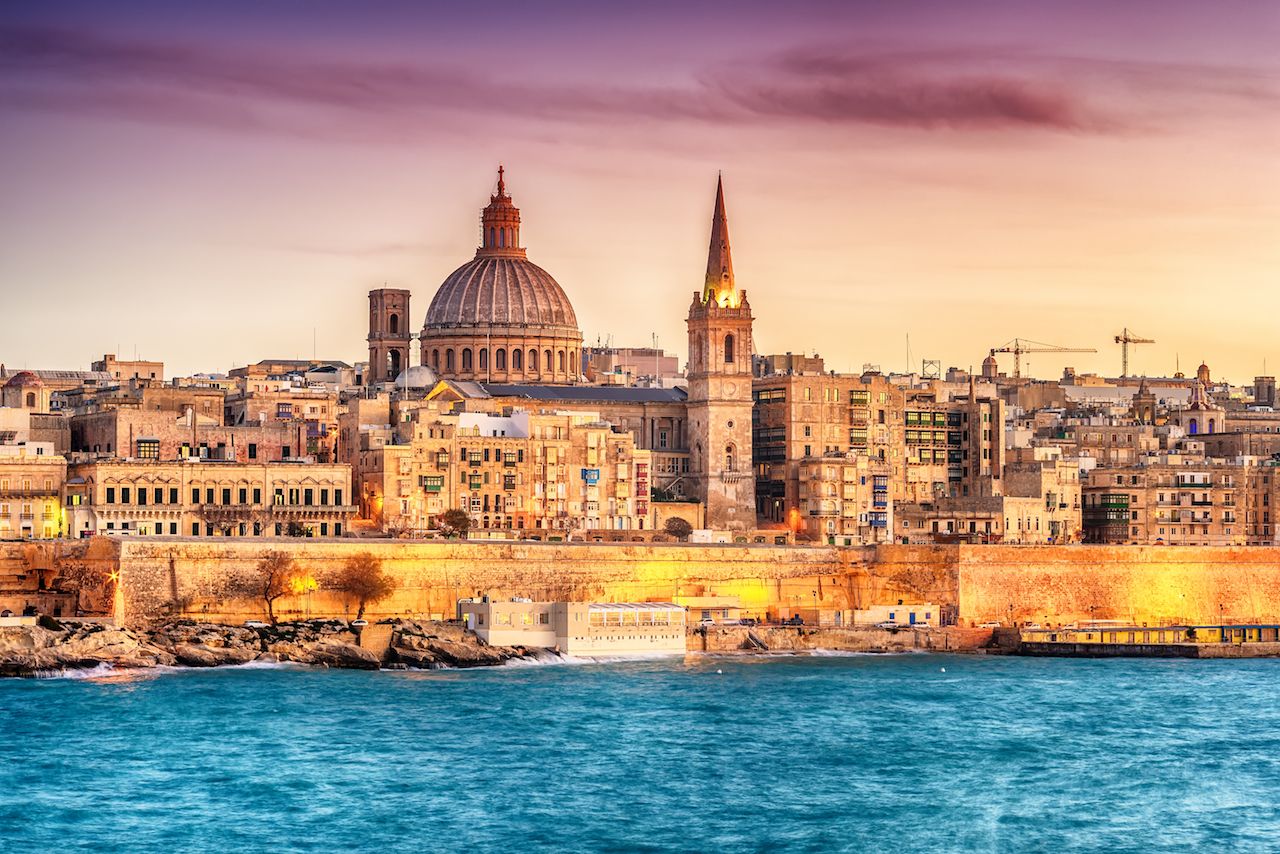 Malta is one of the most underrated islands in Europe and it’s particularly attractive as a gay destination as it has some of the most progressive LGBTQ+ laws in the European Union. Unlike the busier European beach destinations such as Croatia or the Canary Islands, you can visit Valletta without breaking the bank or fighting for a space on the sand.

Malta Pride, which is taking place September 9-15, drew a record number of people in 2017. This year’s events include a Beach Volleyball Tournament, a Queer Poetry Evening, and a Drag Lip Sync Battle. 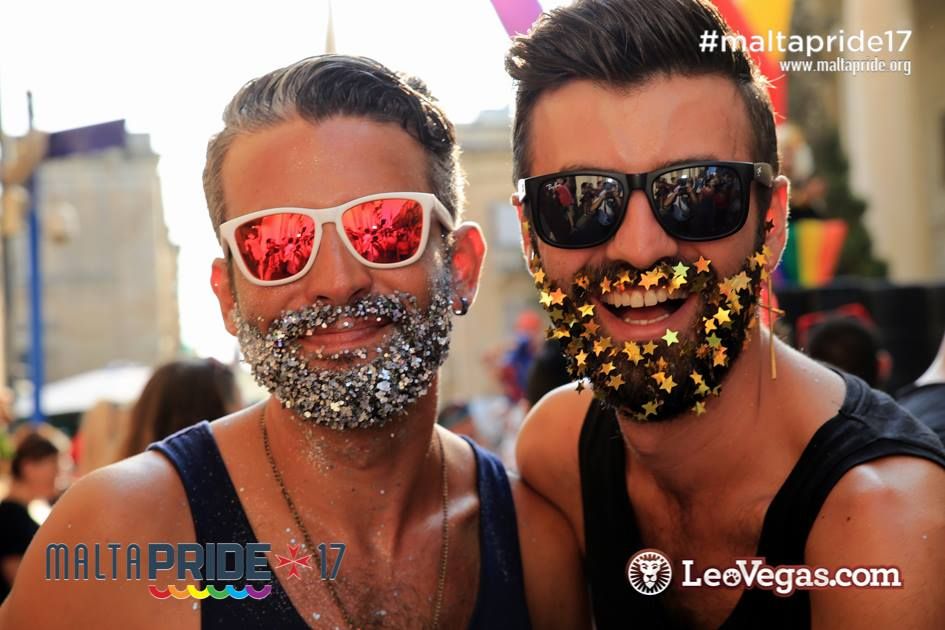 The celebration culminates with a parade through Valletta that includes floats and music.

You can find gay-friendly accommodations on GayMalta.com in the Port of Valletta area. You can take your pick of luxurious balcony rooms that face the marina or stay closer to the action in the heart of Valletta.

Though it seems counterintuitive, the rise in gay rights has led to a decrease in dedicated LGBTQ+ bars and clubs, but that’s because the LGBTQ+ community in Valletta is recognized and welcome anywhere. If you want to connect with the other LGBTQ+ people in town, head to MonaLiza for a night of cocktails and dancing. You can also follow promoters like Lollipop and S2S Events for the hottest gay parties on the island. 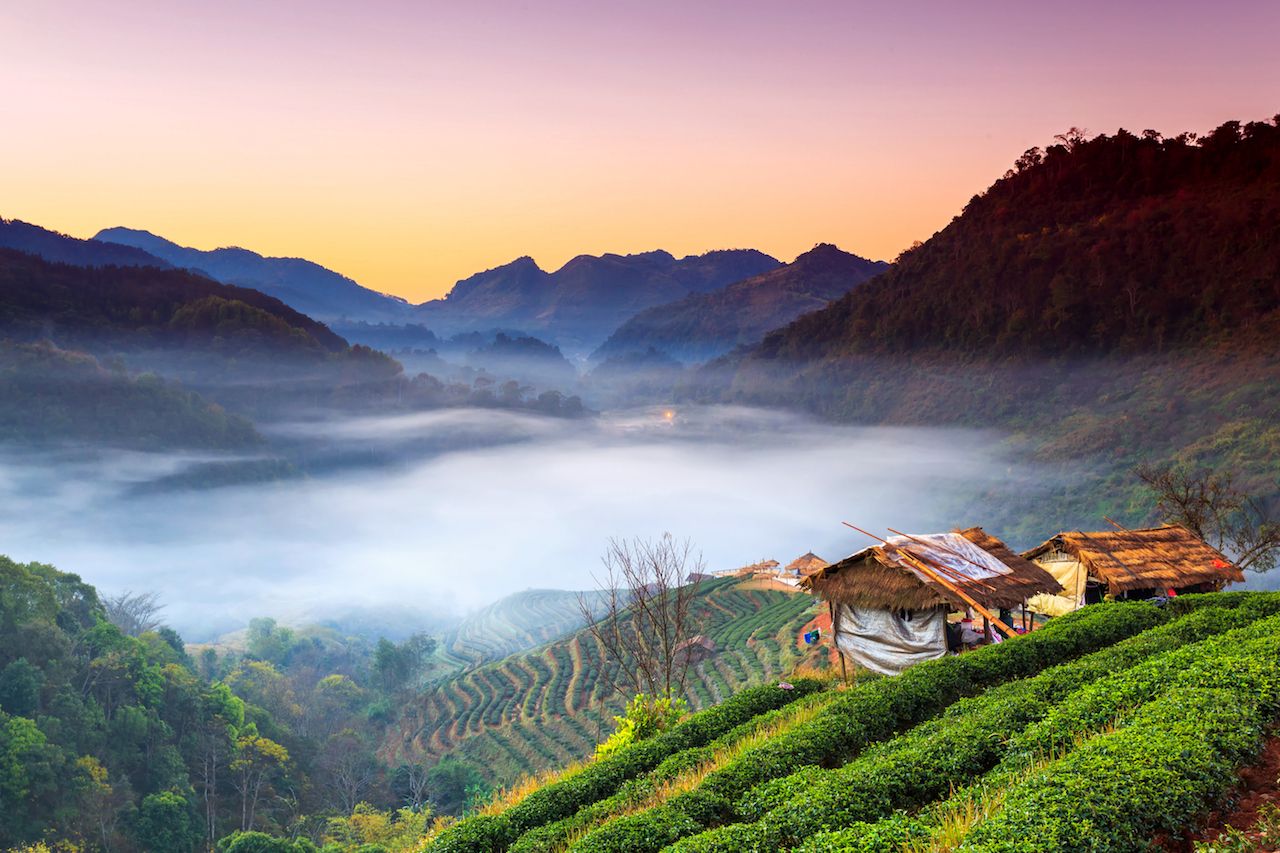 Tourists have come from all over the world to enjoy the anything-goes vibe of Thai nightlife. Chiang Mai is particularly diverse and with world class cuisine and an interesting array of gay-centric activities, it’s not to be missed this summer.

If you want to get the most out of the gay nightlife in Chiang Mai, the best area to stay is in Gay Soi 6, which is in the heart of the tourist area. Club One Seven Guest House and Sauna is a popular accommodation for gay travelers.

Don’t miss the city’s gay saunas, enjoyed by locals and tourists alike, like House of Male and Club One Seven, which has nightly themed parties. You also can’t leave Chiang Mai without enjoying one of the city’s world famous ladyboy shows. You will swear you’re seeing Rihanna in person at Chiang Mai Cabaret in the Night Market. 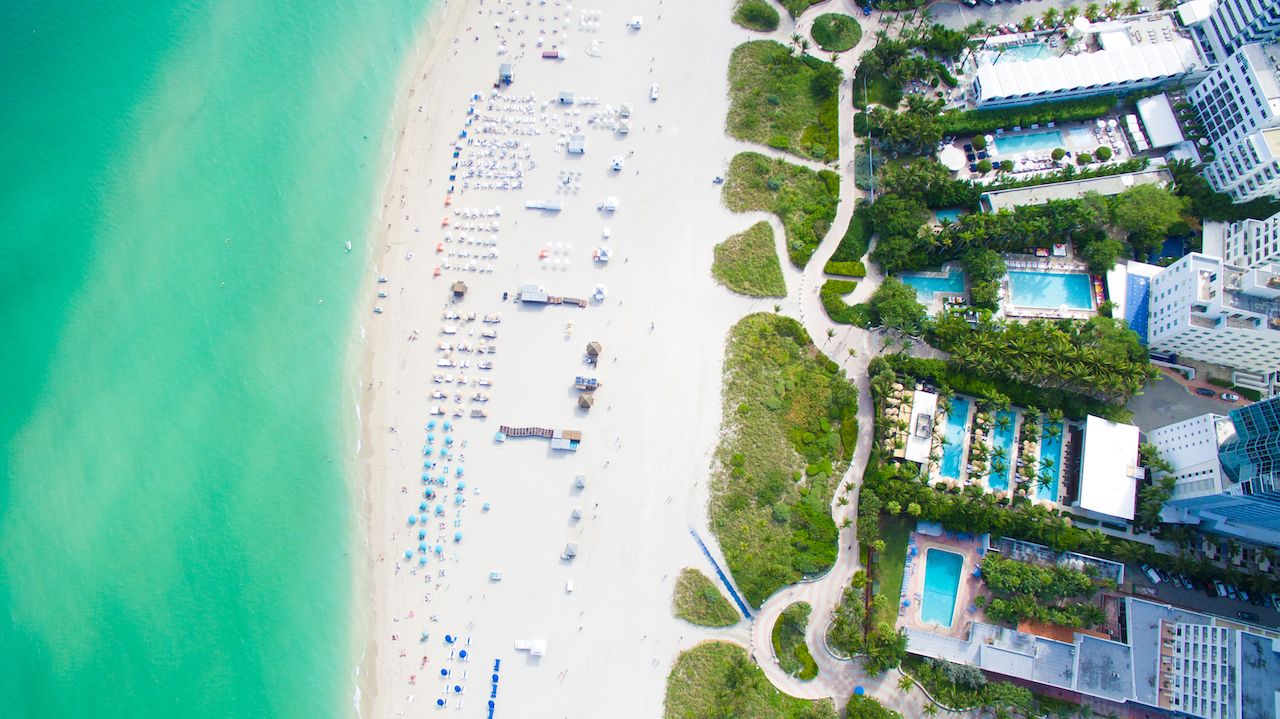 There’s no better place in the United States to be out and proud than the sandy beaches of Miami, FL. You’ll know you’re home when you see the rainbow flags waving from the lifeguard stations of the 12th Street Beach. Whether you’re gay, lesbian, trans, or bisexual, everyone is welcome and celebrated.

Though Pride is held in the spring, Miami has plenty of gay bars and events all over South Beach. There’s even an LGBT Visitor Center to get you oriented when you arrive. 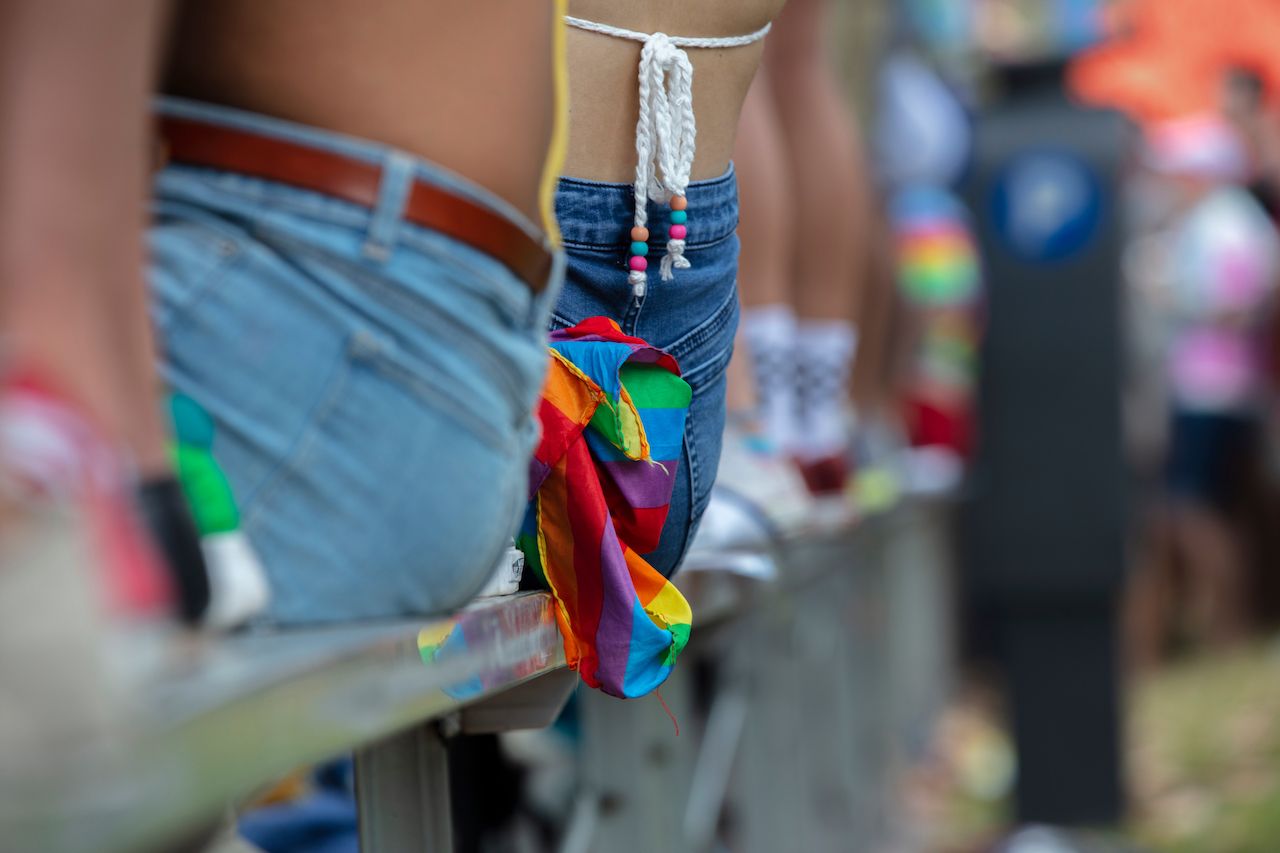 To be in the heart of Miami’s gay scene, stay in South Beach. Gay and transgender-friendly accommodations are certified as Pink Flamingo Hotels.

You’ll find the locals at TWIST and Score, where you can dance until the sun comes up. Though there aren’t dedicated lesbian bars, you can find out about lesbian events and parties through Pandora Events. 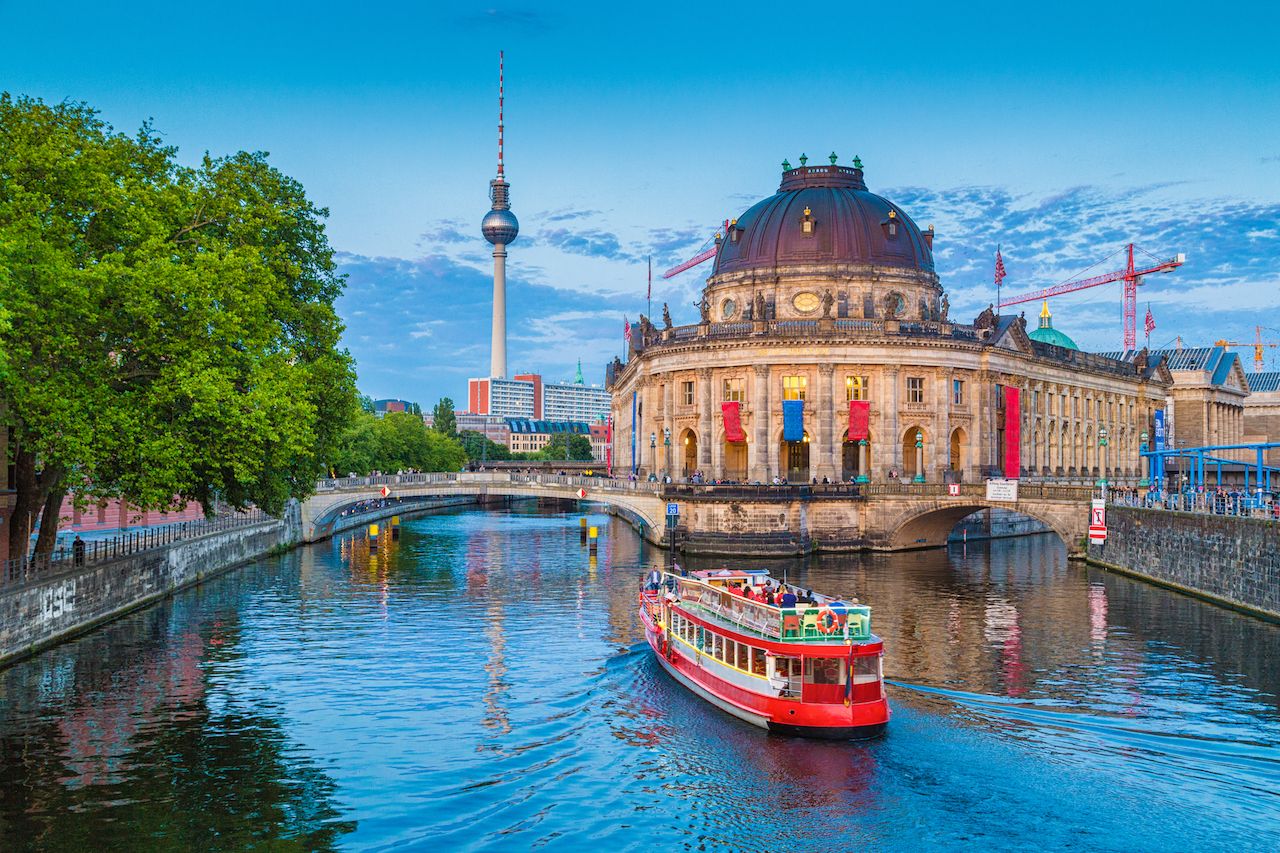 No city on this list has a more eclectic and intense nightlife than Berlin, the gay subset of which is well represented in town. Summer brings a host of major events like the Lesbian & Gay City Festival, which runs from July 21-22, Berlin Pride, which is held on July 28, and the gay and lesbian open-air festival LesBiSchwules Parkfest Friedrichshain on August 11. 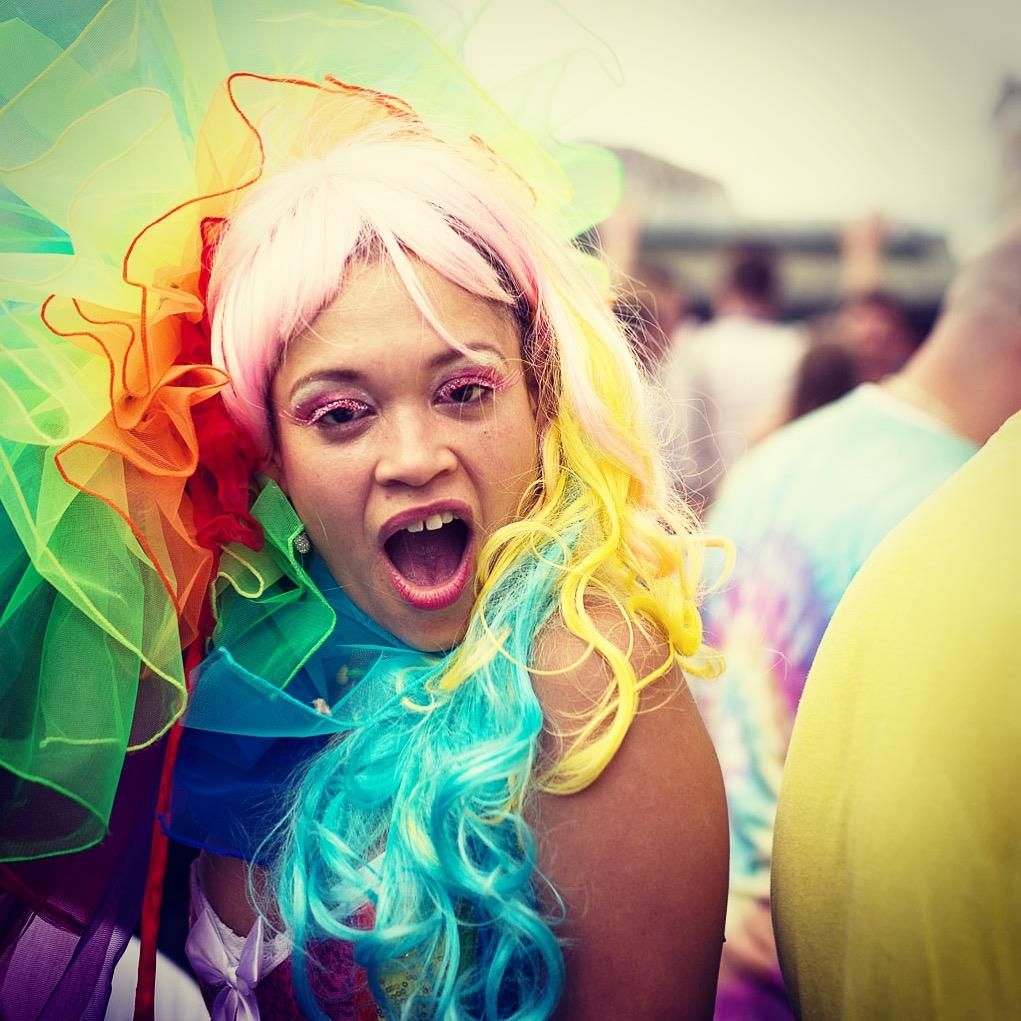 Berlin is home to its own gay village of Schöneberg, where you can find shops, restaurants, and bars that are gay-friendly. Staying at Axel Hotel will put you in the heart of Schöneberg.

If you want to stay primarily in Schöneberg, you’ll find the largest concentration of gay bars and clubs on Fuggerstrasse and Mostrasse. For a more diverse LGBTQ+ crowd, you can enjoy a night out at Die Busche near the nightlife hub of Friedrichshain. 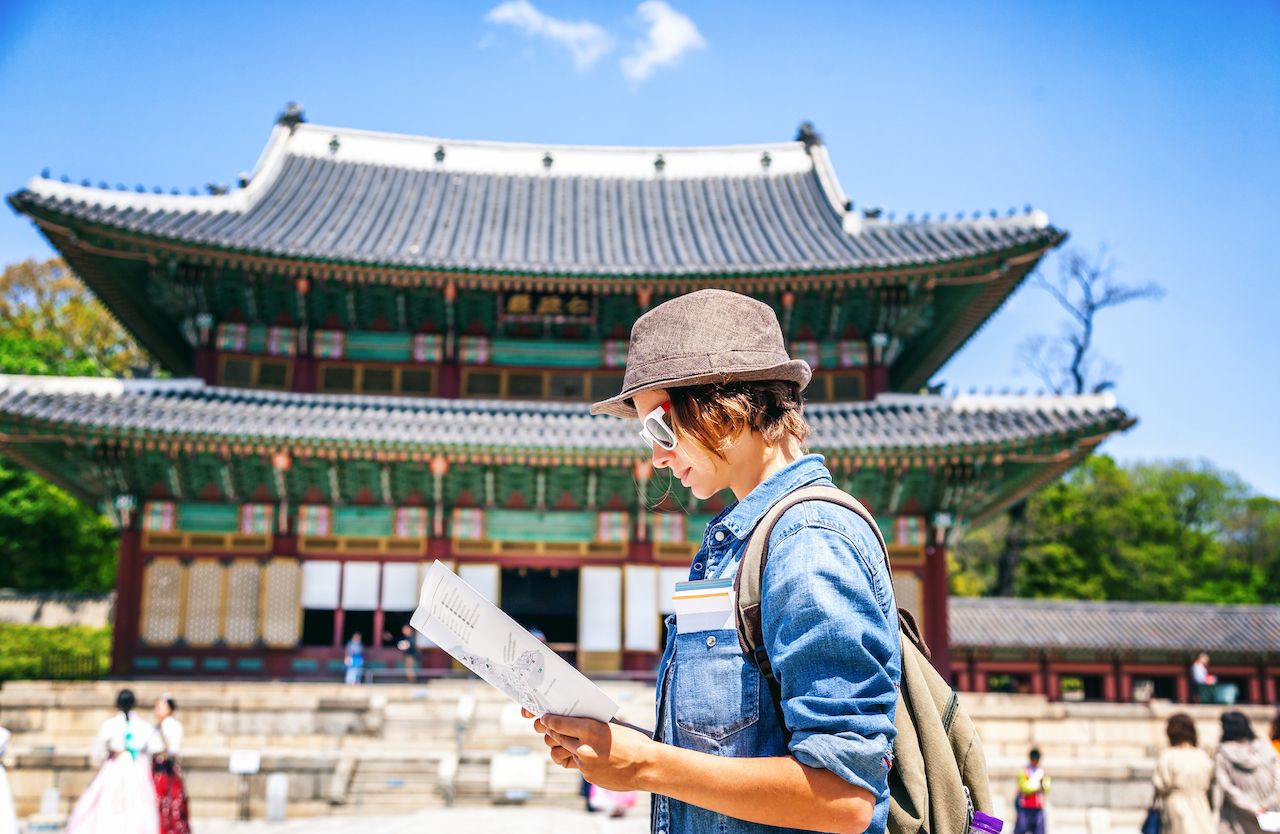 Seoul is South Korea’s gay-friendliest city, with a small hub of LGBTQ+ establishments where you can dine and dance with other like-minded locals and travelers. Homo Hill in the Itaewon district is well-known to tourists for its drag shows and gay bars, but locals prefer to schmooze with others in the community in karaoke bars and gay saunas of the Jongno District.

There are several well-known gay-friendly hotels for travelers including the Imperial Palace and Hamilton Hotel. You can also find budget accommodations, like SP Guesthouse, within walking distance many bars and restaurants.

Summer brings events like the IAM Gay Seoul Circuit Party on August 10-12. For a good time on any summer weekend, Queen and Soho are some of the most frequented bars of the Seoul gay scene. 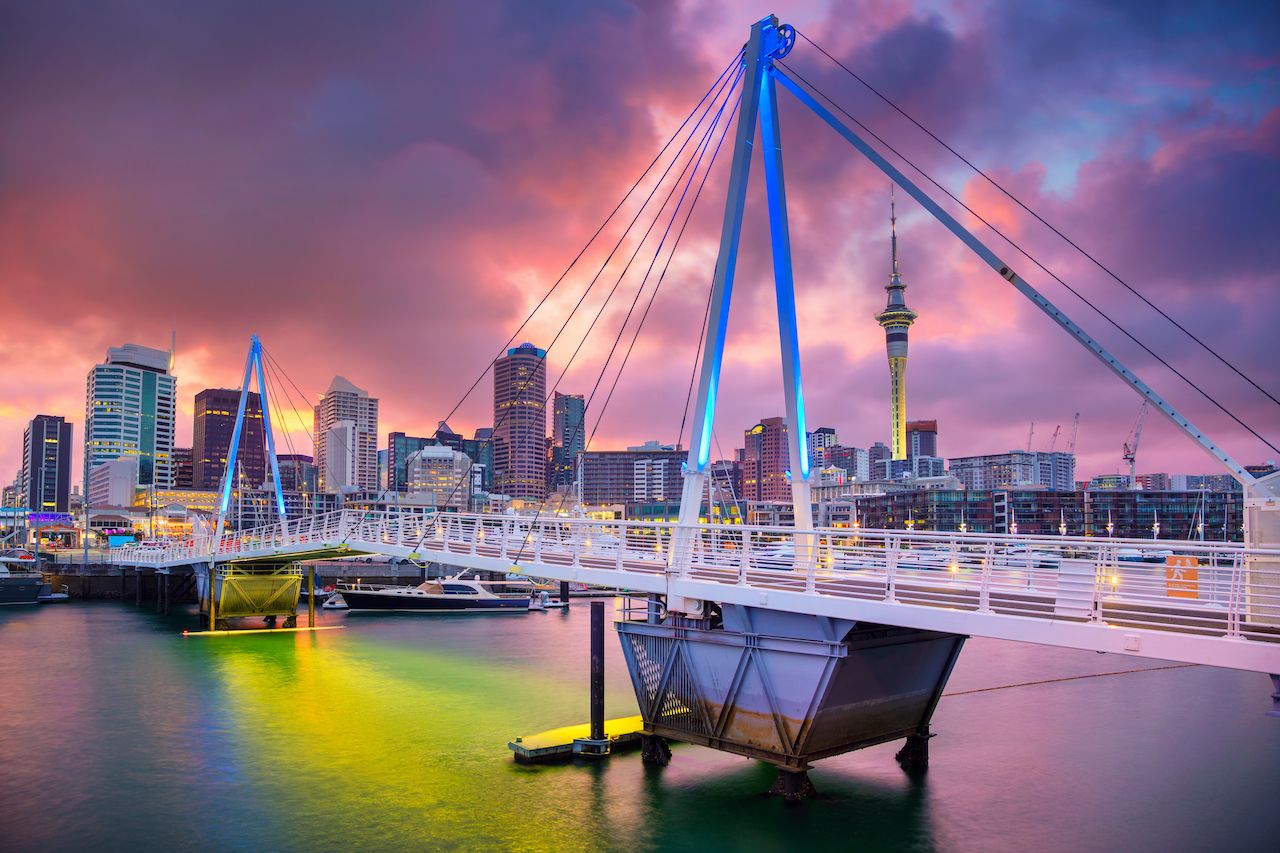 New Zealand has some of the most advanced gay rights in the world, making Auckland a fantastic place to celebrate being gay this summer and the local LGBTQ+ community are very welcoming to visitors.

You can connect with LGBTQ+ hosts in New Zealand to find accommodations in bed & breakfasts, guesthouses, and even farms through Gay Stay New Zealand.

You’ll find a lot of Auckland’s best gay hangouts on the commercial boulevard Karangahape Road in Newton. Enjoy a drink with the friendly locals hanging out at The Eagle Bar or catch a drag show at Caluzzi Bar and Cabaret. For a different kind of good time, take a steam bath at the largest gay sauna in New Zealand, Centurian Sauna. 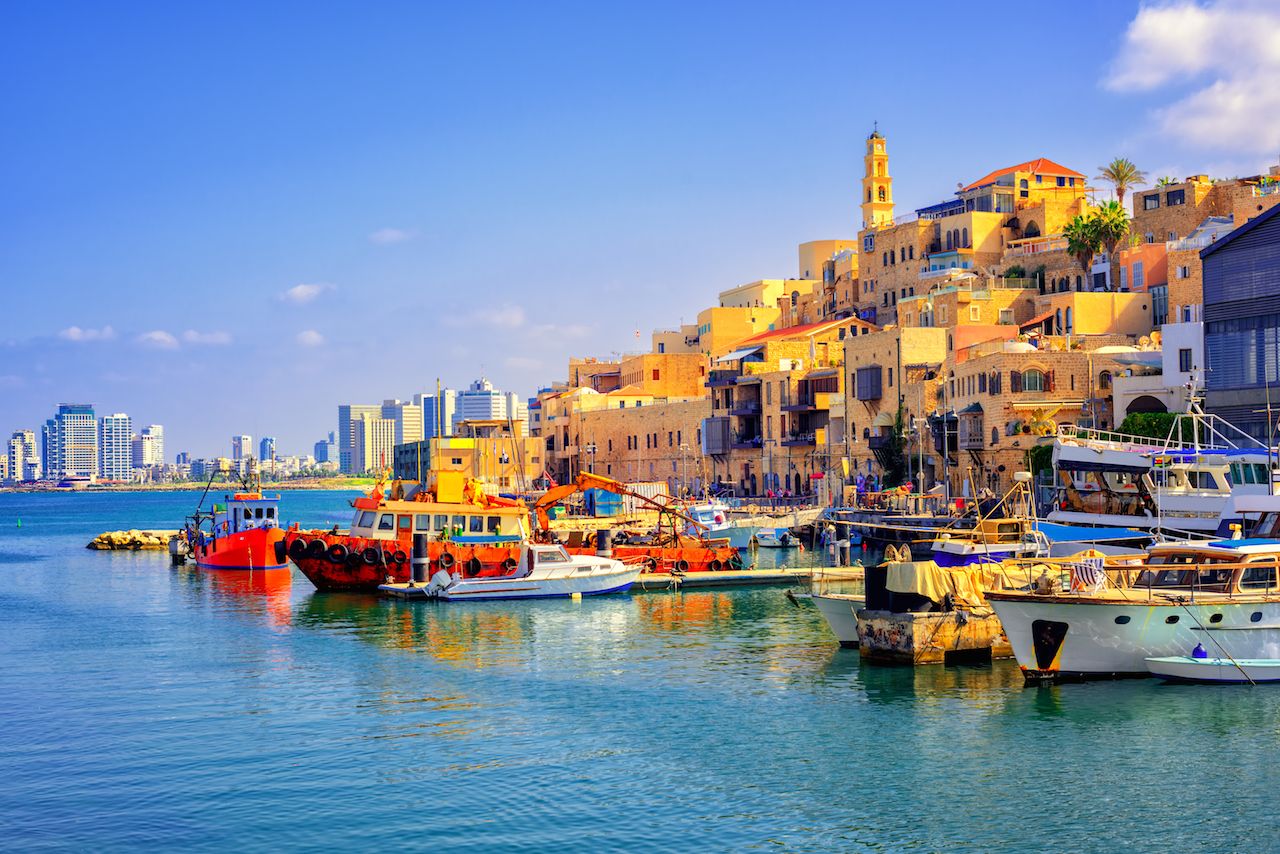 Tel Aviv is the buzzing center of Israel’s gay scene. Undoubtedly, the most progressive country in the Middle East when it comes to gay rights, Tel Aviv’s parties are legendary. The city is also known for its spectacular beaches, where you can find other LGBTQ+ travelers in spots like Hilton Beach.

Tel Aviv Pride, held on June 8, is one of the largest in the world and the only one in the Middle East. It includes a parade and a massive beach party at Charles Clore Garden that was attended by over 100,000 people last year. 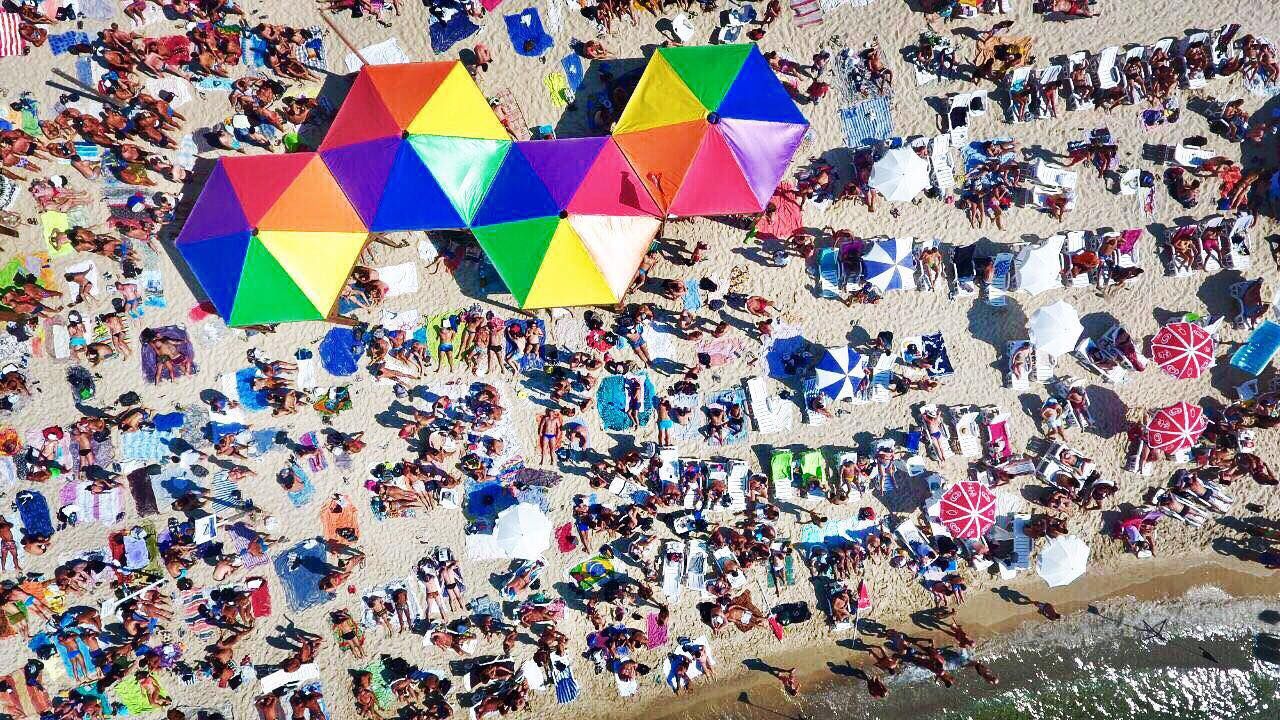 You can also book gay bus trips to the Dead Sea, Petra and other surrounding areas to enjoy with other LGBTQ+ travelers.

Because the city is so accepting, there aren’t any specific gay neighborhoods where the LGBTQ+ community congregates; they’re everywhere! Nonetheless, Brown Hotels offer a series of gay-friendly hotels in Tel Aviv and Jerusalem.

The gay nightlife in Tel Aviv is centered more around events that change from week to week rather than dedicated LGBTQ+ bars. Some of the most popular party brands include Forever Tel Aviv and Arisa Tel Aviv. That said, there are still many LGBTQ+ bars and clubs in the city like Shpagat, Apolo, and lesbian bar Amazona.

LGBTQ TravelThe Best Resources for LGBTQ+ Travelers To Have on Hand
Tagged
LGBTQ Travel
What did you think of this story?
Meh
Good
Awesome