Kickstarting the day with a cup of joe is customary in every time zone. Over one billion cups of coffee are consumed around the world every day, with America alone consuming around 400 million servings daily. Nearly every country has its own coffee culture, with traditional recipes made from different brewing techniques, bean blends, and spice preferences. From early-morning java to after-dinner espresso, these seven beverages will give you a taste of the many ways coffee is prepared and enjoyed across the globe. 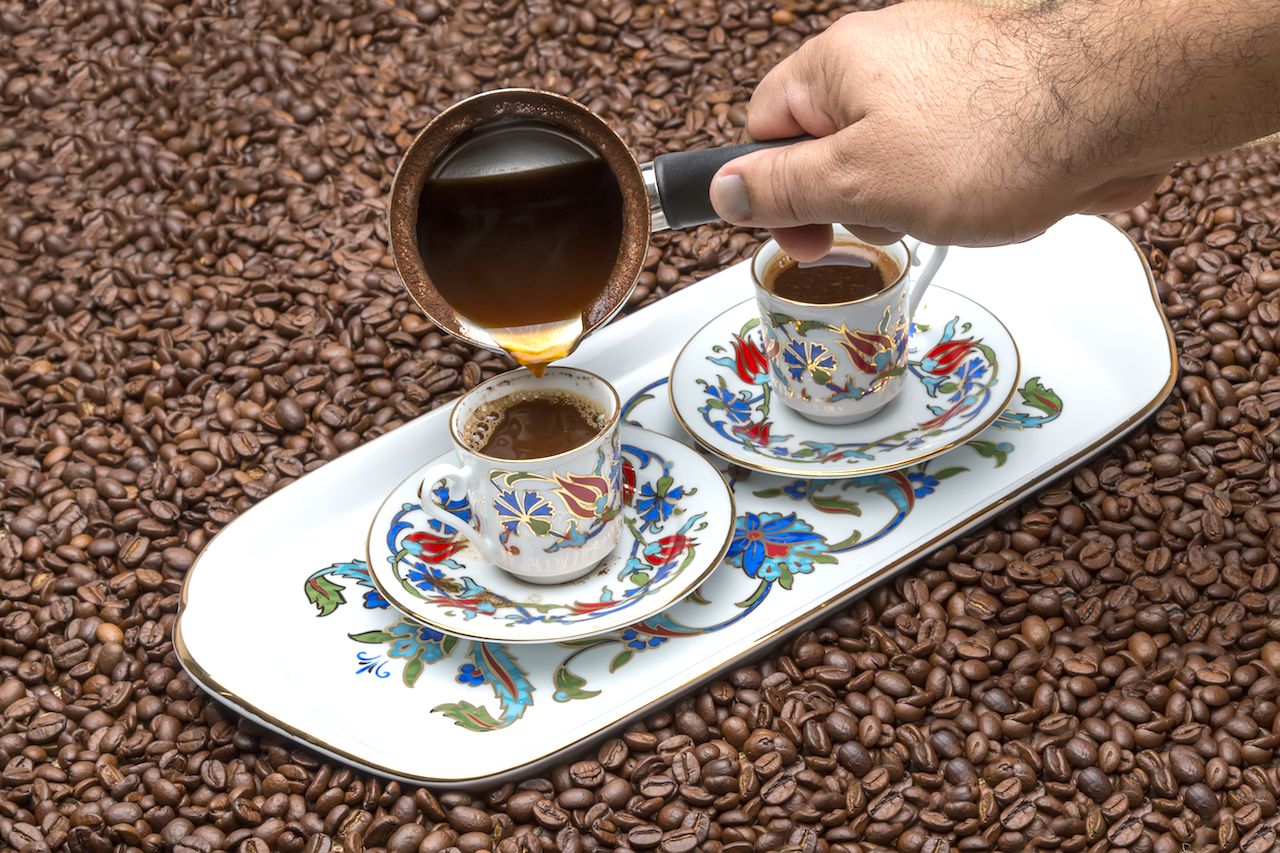 Turkish coffee is made from finely ground, unfiltered beans and served in brass or copper pots known as cezves. The grounds are poured with the coffee and meant to settle at the bottom of your cup, a traditional porcelain vessel called a kahve finjani. Sugar is added to the cezve before the water boils, giving Türk kahvesi its characteristic sweetness, and cardamom is sometimes incorporated for extra flavor. More than just a dietary staple, coffee facilitates social interaction in Turkish culture, particularly as a gesture of hospitality from host to guest. 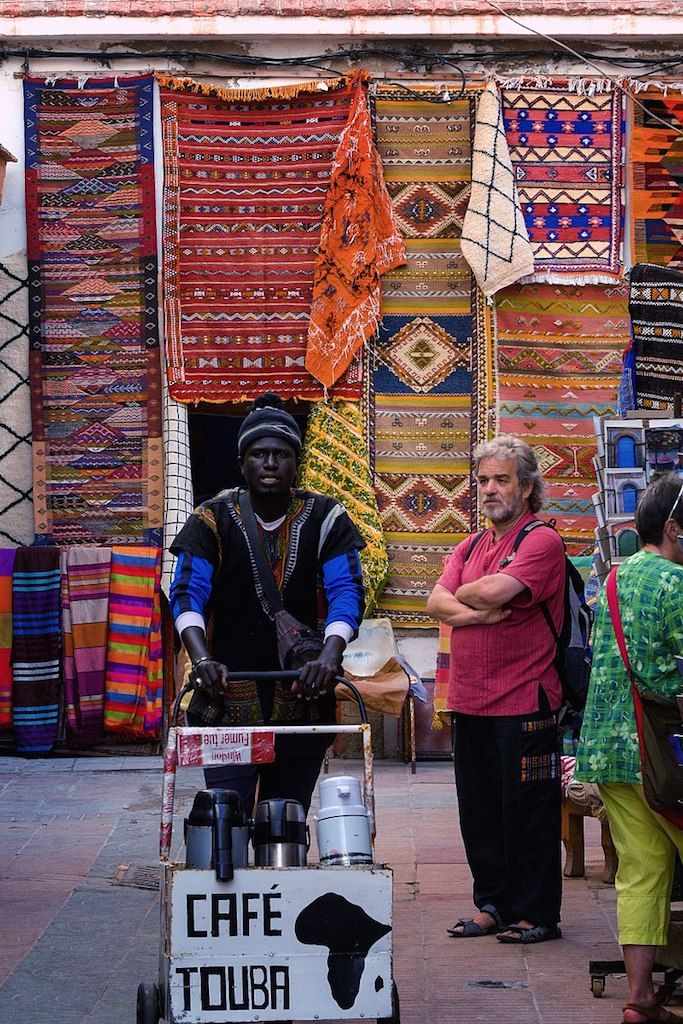 Café Touba is made similarly to drip coffee and flavored with Guinea pepper, or djar, and occasionally cloves. It was popularized in the 1880s by Cheikh Ahmadou Bamba, founder of the Islamic Mouride Brotherhood, and takes its name from the holy city of Touba. Originally believed to have medicinal value, this sweet and spicy coffee drink is now enjoyed throughout the morning and afternoon in Senegal. Touba stands are found on every street corner in Dakar, and the unique beverage is even starting to appear in other West African countries. 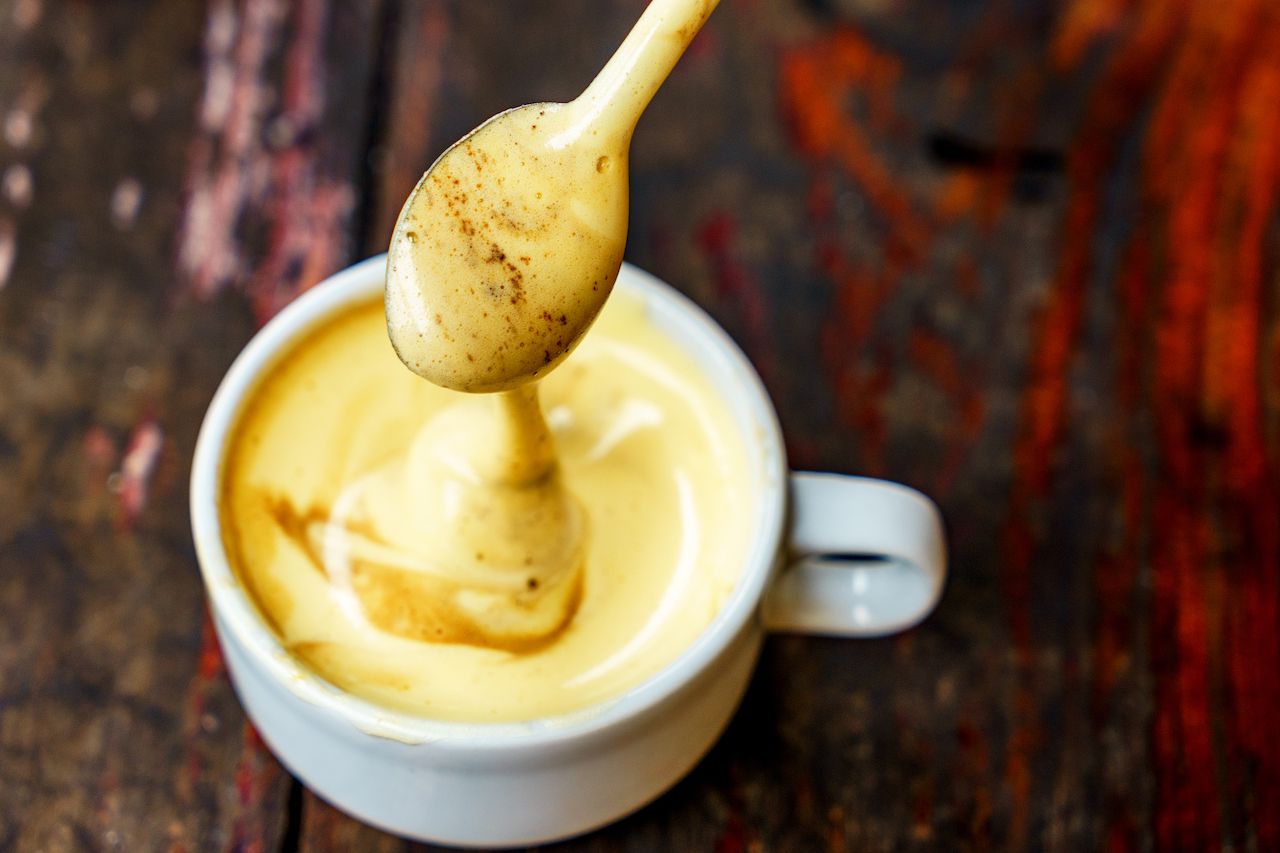 Also known as Vietnamese egg coffee, this caffeinated treat could almost pass for dessert. Egg yolks are whisked together with condensed milk and sugar, creating a custard-like topping that makes this slow-brewed beverage a nationwide favorite. Any dark, strong blend will work, although robusta beans are most commonly used for Cà Phê Trứng, which is traditionally strained through a stainless-steel Vietnamese coffee filter. Egg coffee can be enjoyed either hot or iced and is an absolute must-try for visitors to Hanoi or Ho Chi Minh City. 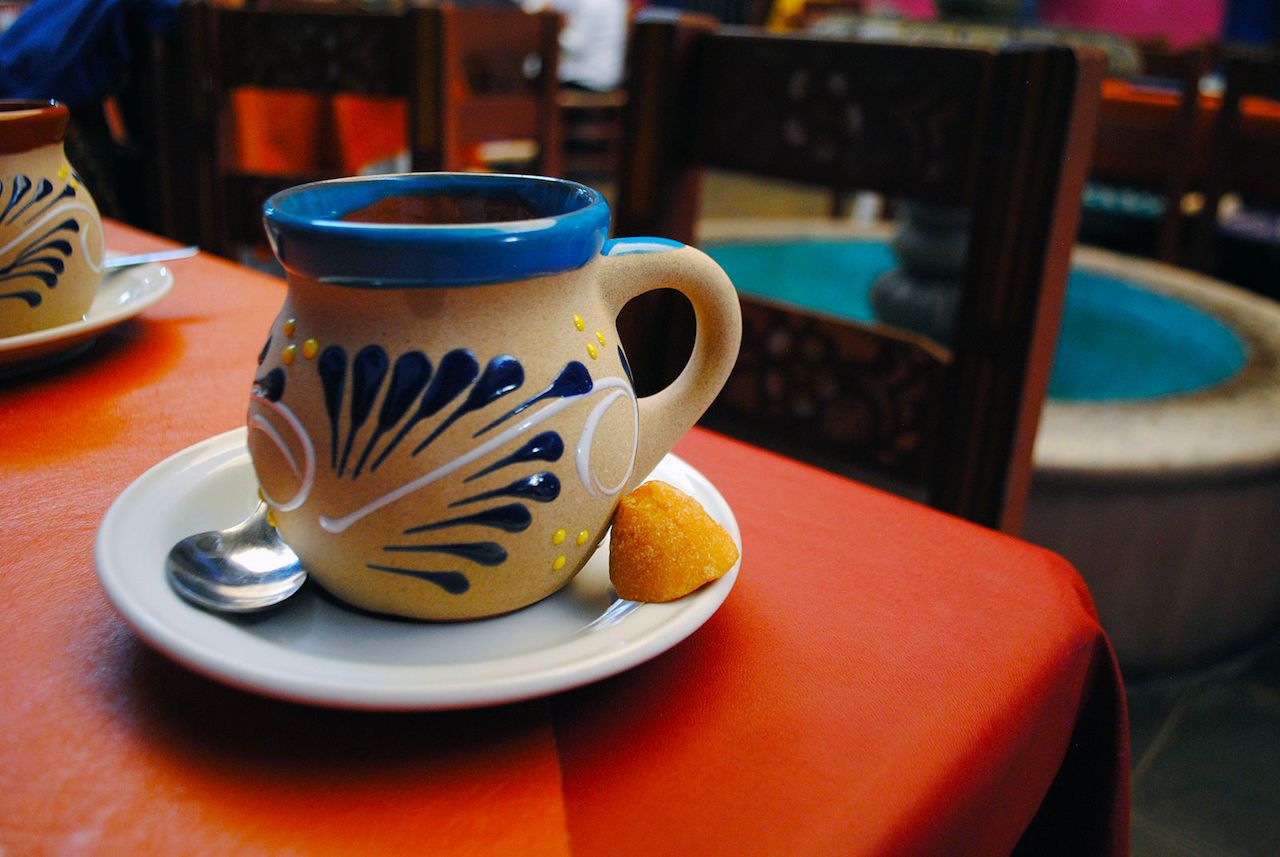 Cloves, anise, and cinnamon give Cafe de Olla its signature flavor. Spices, coffee grounds, and minimally-processed sugar called piloncillo are brought to a boil in earthen clay pots called ollas, then strained through a mesh sieve. Some add chocolate or swap piloncillo for dark brown sugar, but the beverage’s fragrant aroma is always recognizable, as are the clay mugs in which it is traditionally served. Now a household staple, Cafe de Olla was popularized during the Mexican Revolution to energize soldiers and was a favorite of the revolutionary leader Emiliano Zapata. 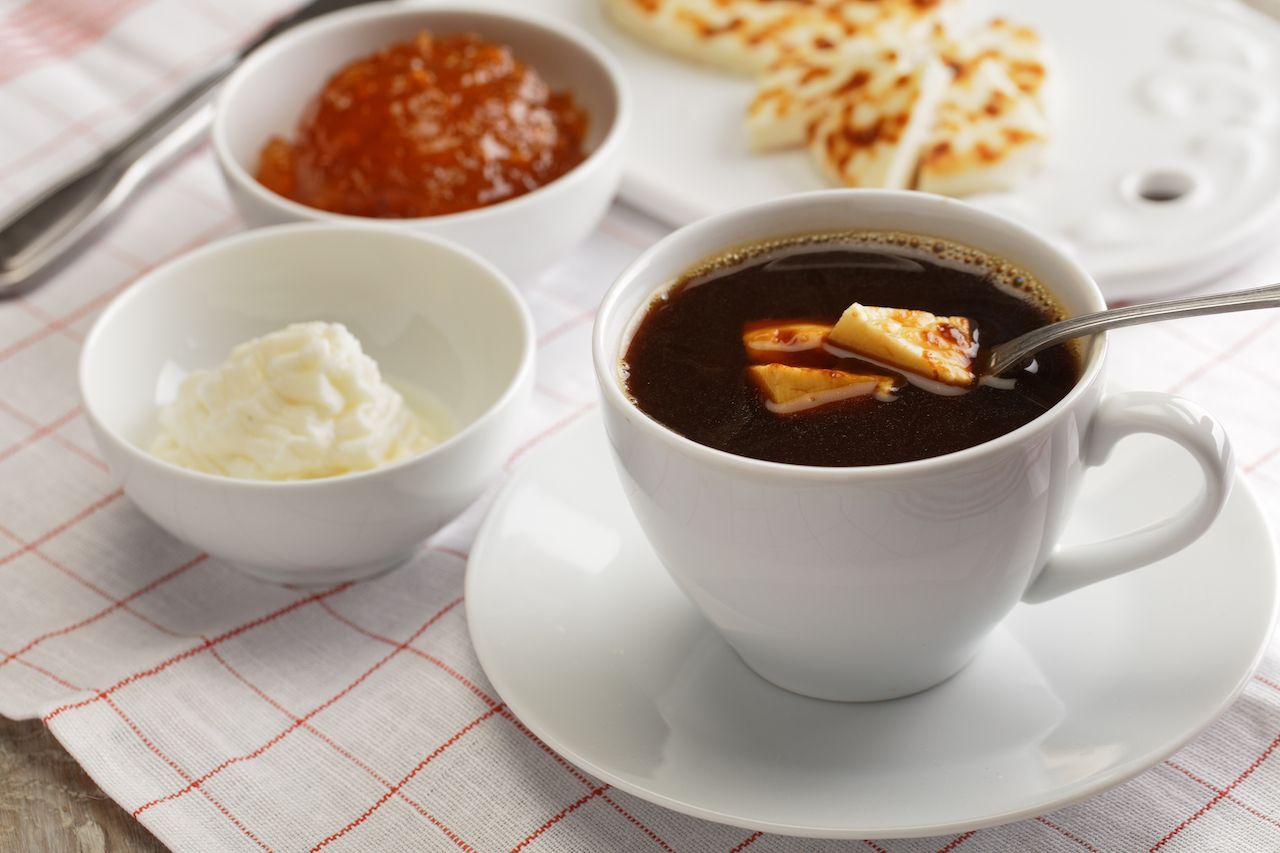 Adding dairy to coffee is normal the world over. Most opt for milk or cream, but in parts of Scandinavia, cheese is the preferred add-in. Kaffeost, or “coffee cheese,” originated in Finland and can also be found in the north of Sweden near the Finnish border. It’s a relatively firm, mild cheese that takes on a creamier consistency and sweeter flavor when topped with hot coffee made from finely ground beans. Coffee cheese is generally made in large blocks, and leftovers can either be frozen or topped with fresh berries and paired with this truly singular drink. 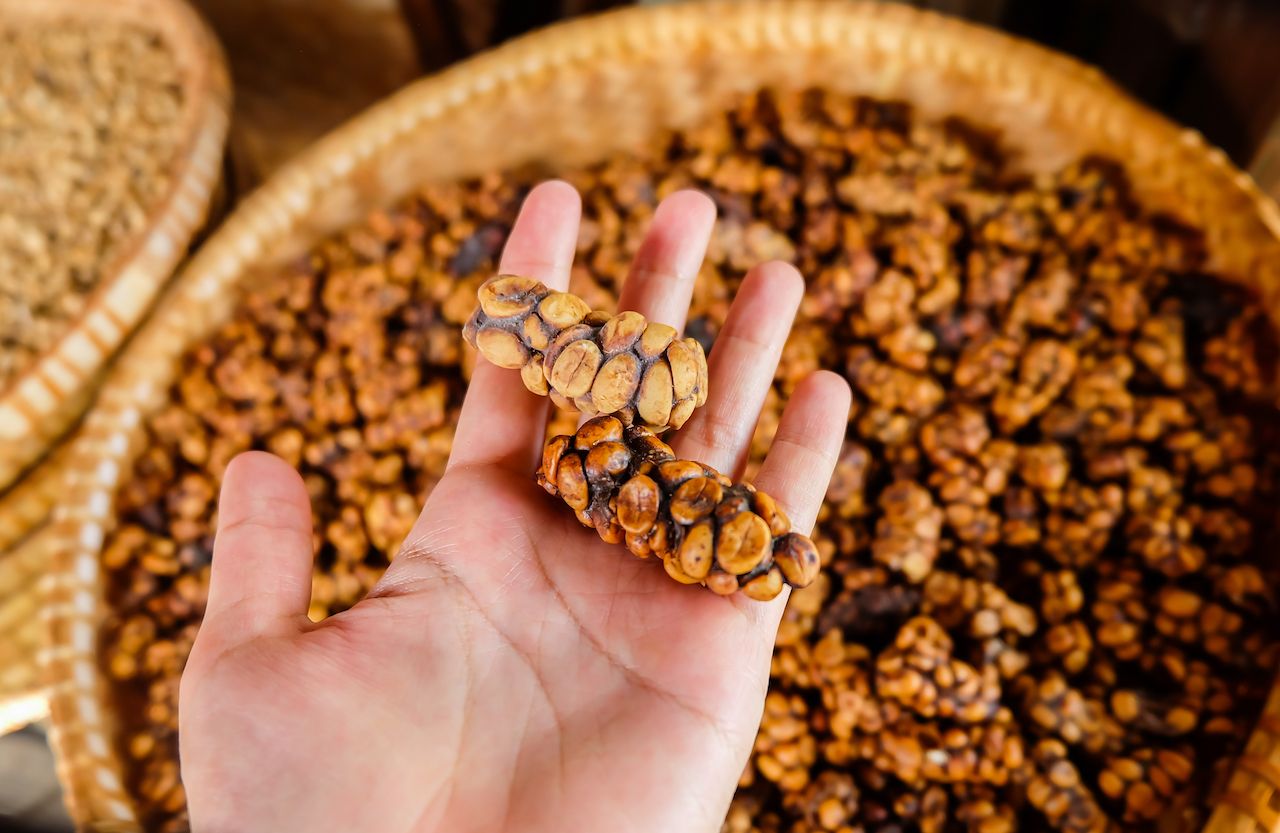 Kopi Luwak is among the most expensive coffees on the market, retailing at hundreds of dollars per pound. It’s made from coffee cherries that have been partially digested and then expelled by Asian palm civets, weasel-like mammals native to Indonesia. After that, it’s processed using a French Press, a drip coffee maker, or even an espresso machine. Kopi Luwak is a traditional drink everywhere from Sumatra to Bali, and was initially coveted as a luxury item. The hot beverage has come under ethical scrutiny more recently, though, since with its increased popularity came mass production that inspired some producers to cage wild civets, often in deplorable conditions, in order to feed the global demand. 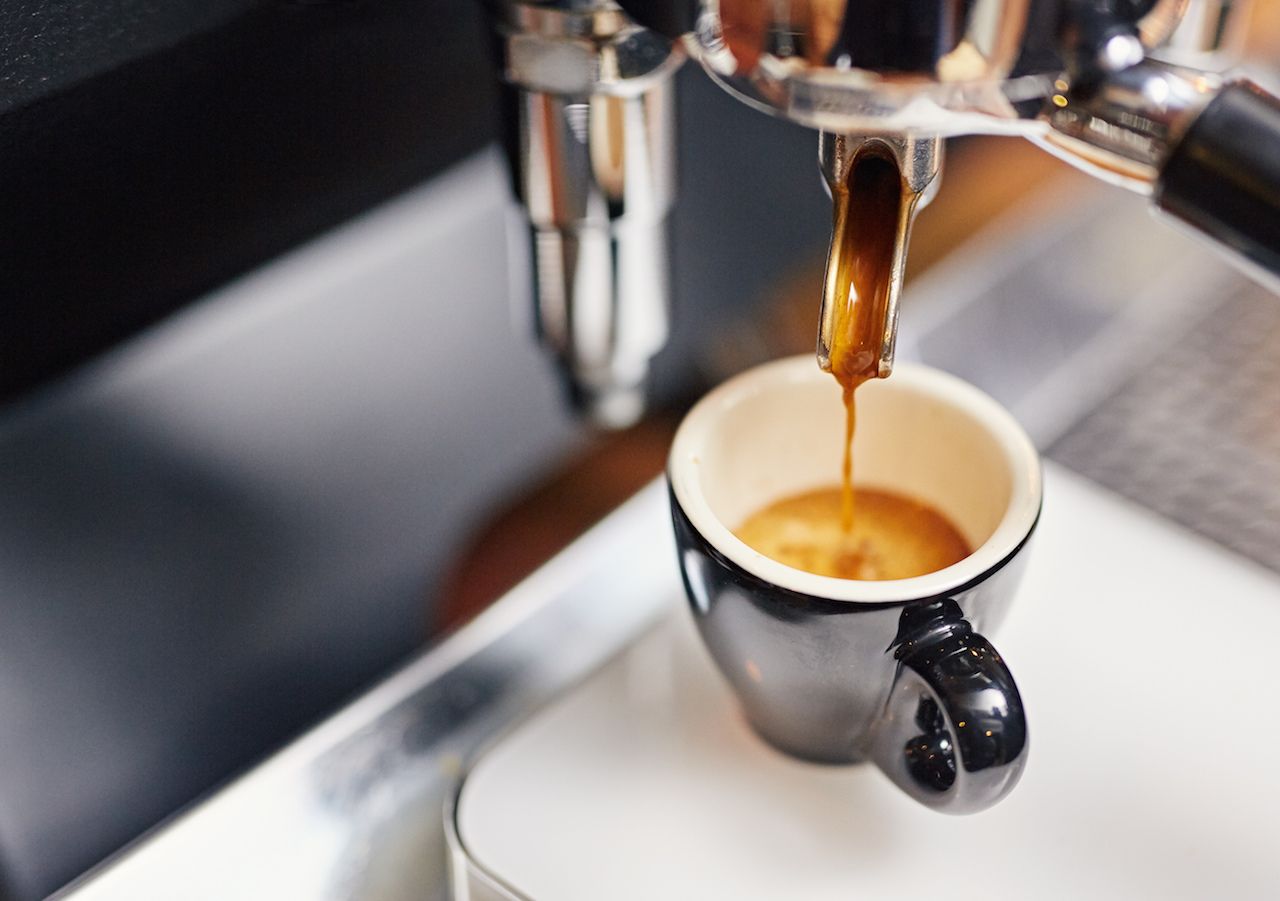 It’s virtually impossible to place a Starbucks order without speaking Italian. Much of the coffee terminology used in the US comes from Italy and much Italian coffee centers on espresso. Espresso machines push pressurized steam through finely ground beans, yielding highly-concentrated coffee with a frothy top layer. Espresso-based beverages include everything from caffè macchiato (espresso with steamed milk) to caffé mocha (espresso with chocolate) and caffè doppio (double espresso shot). When in Rome, or anywhere else in Italy, do like the locals and have milk-based coffee drinks with breakfast and straight espresso after dinner.

Food + Drink11 of the World’s Best Cities for Coffee Lovers
Tagged
Coffee + Tea Food + Drink
What did you think of this story?
Meh
Good
Awesome