Whether you take your tea iced or hot, with milk and sugar or honey and lemon, prefer to wake up to a cup or have one before bed, we can all agree that tea is one of the most comforting and versatile beverages out there. All tea falls into six general categories determined by the leaves and processing methods used: green tea, black tea, white tea, yellow tea, oolong tea, and dark, or pu’erh, tea, but more styles of tea exist than anyone could name. Here are seven of the most interesting tea traditions from around the world and what makes each one so unique. 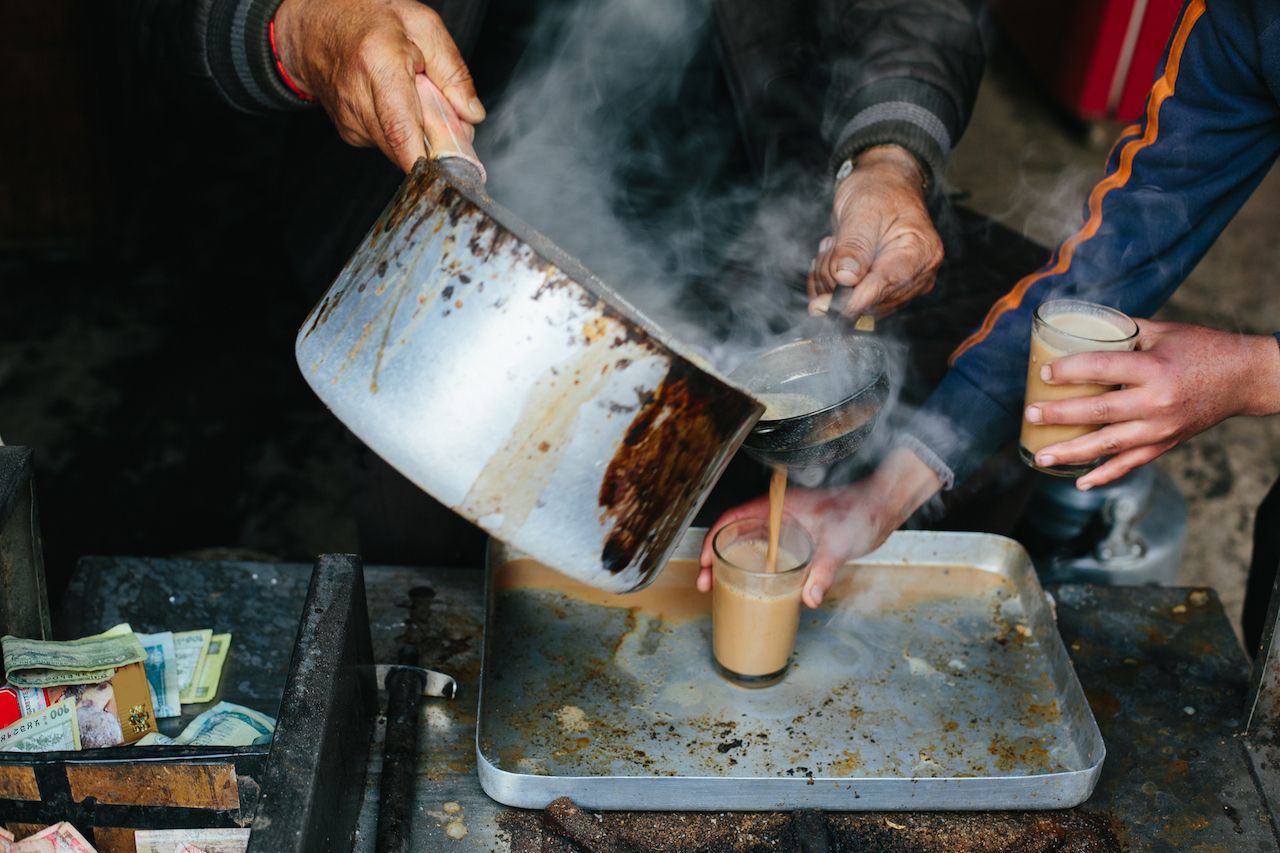 Masala chai is a black-tea-based drink traditionally made from leaves harvested in the Assam region of Northeast India. It’s brewed through a process known as decoction, during which buffalo or cow milk and water are brought to a boil with loose tea leaves, then flavored with a spice blend called karha. Karha gets its aromatic flavor from cinnamon, cloves, ginger, and black peppercorns though anise, fennel seeds, nutmeg, and vanilla are sometimes added depending on the region you’re in or according to personal preference. Tea has historically held medicinal value in Indian culture, so many of the herbs and spices associated with masala chai have been linked to ancient Ayurvedic scripture. Just remember: chai simply means tea in Hindi, so be sure to ask for masala chai while traveling around the subcontinent. 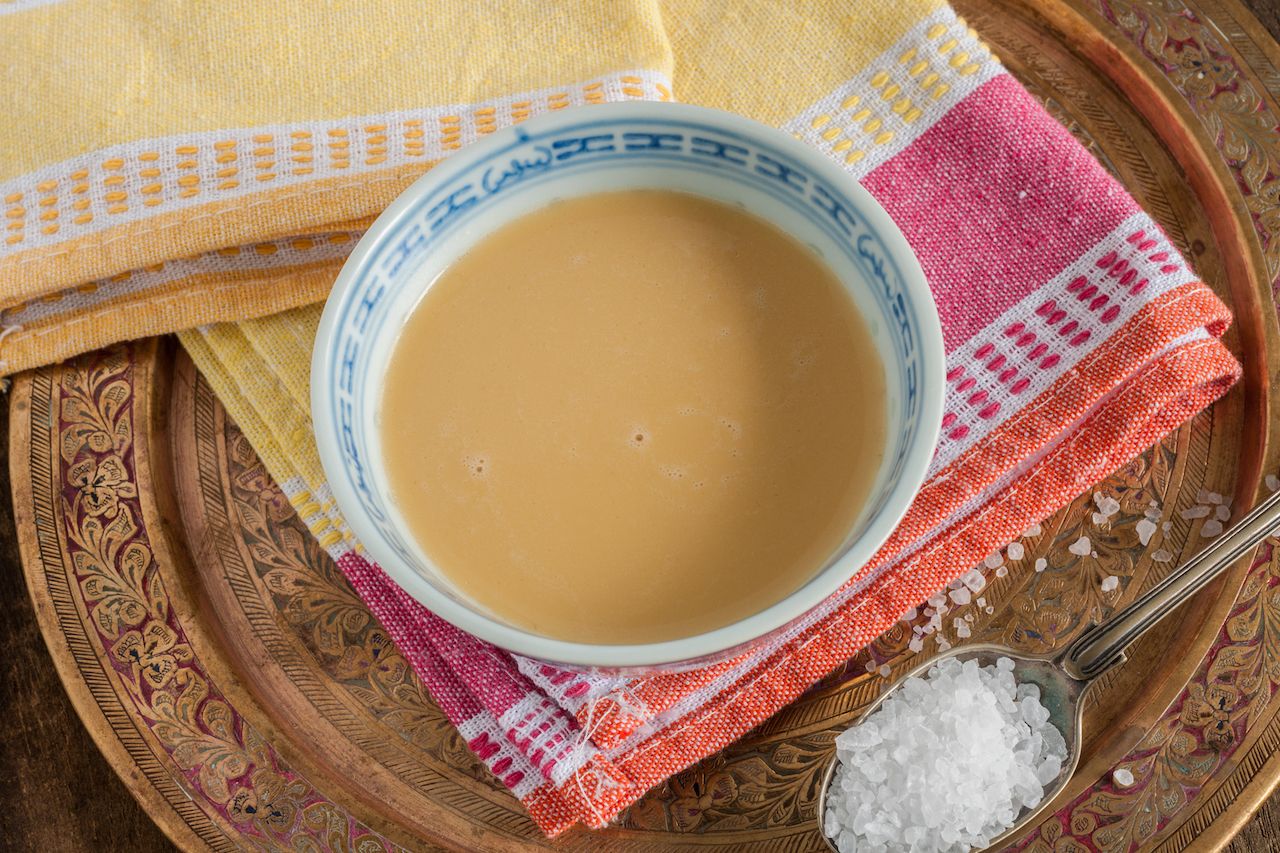 You may have heard of sweet tea, but salty tea is probably a foreign concept. Po cha, also known as butter tea, is closely associated with Tibet though it’s popular throughout the Himalayan regions of Southeast Asia. To make traditional po cha, which dates back to the 7th century, black-tea leaves from the Pemagul region are boiled and left to steep for several hours. After, fresh yak butter and salt are added to the strained tea, which is then shaken or churned, creating a thick tea that is enjoyed from bowls rather than mugs. Po cha is commonly offered to guests in Tibetan households and traditionally meant to be topped up after every sip. To signal that you’ve had your fill, simply leave your tea bowl untouched to let your host know that you’re finished without being offensive. It’s considered rude not to accept the initial offer, but be warned, rich and savory butter tea is definitely of an acquired taste. 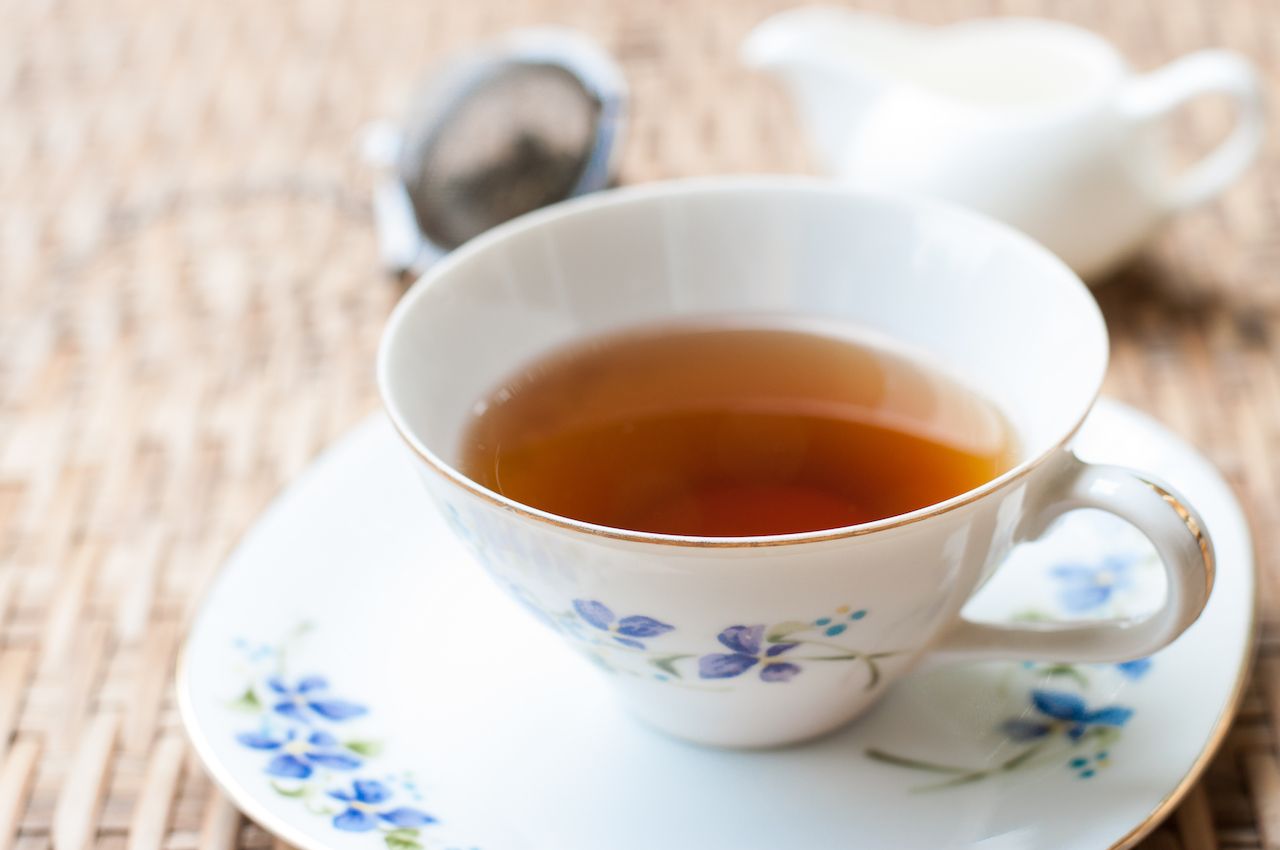 Earl Grey is a catchall for any black tea flavored with bergamot oil, giving it a distinctly bitter, citrus flavor. There’s some debate among Brits as to how it should be prepared: traditionalists will tell you to bring water to just below a boil in a nonreactive vessel like a glass kettle, steep loose-leaf tea for three to five minutes, and serve with lemon and sugar; others will advise you to use milk instead of lemon, though the jury is still out on whether you should pour the milk before or after the tea. The good news for tea drinkers in England who don’t want to learn all the rules is that traditional afternoon and high-tea ceremonies are still alive and well. To decide which one you’d prefer, consider how hungry you are. The main difference between the two ceremonies is that afternoon tea is accompanied by light snacks like tea sandwiches and scones with clotted cream, whereas high tea generally comes with a heartier meal. 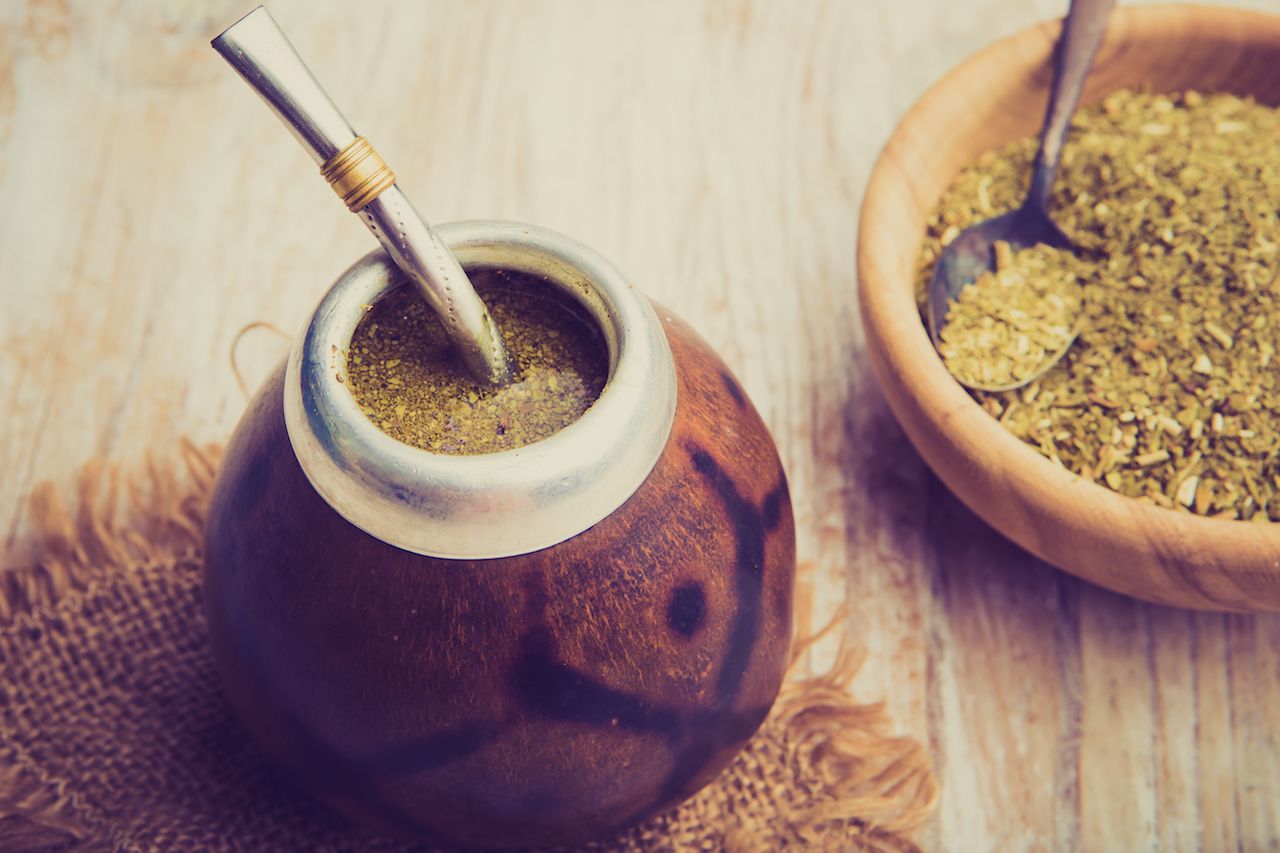 Mate is more than just a drink in South America; it’s practically a way of life. It’s almost impossible to walk down the street in Argentina without seeing hordes of people sipping mate out of hollowed-out gourds through metal straws known as bombillas, which also serve as sieves for the loose yerba mate leaves used to brew the drink. Even the Argentinian soccer players were seen sipping mate out of bombillas before their game against France a couple of days ago. Whether hot or iced, mate is regarded as a social facilitant, as single servings are often passed between friends and family during celebrations. South Americans have been drinking mate since the pre-Columbian era, particularly the Guaraní and Tupí peoples indigenous to southern Brazil and northern Argentina. The drink also has ties to the Latin American gaucho, or cowboy, culture in part because of its high caffeine content. Rich in antioxidants, the coffee-like tea is also said to possess several health benefits. 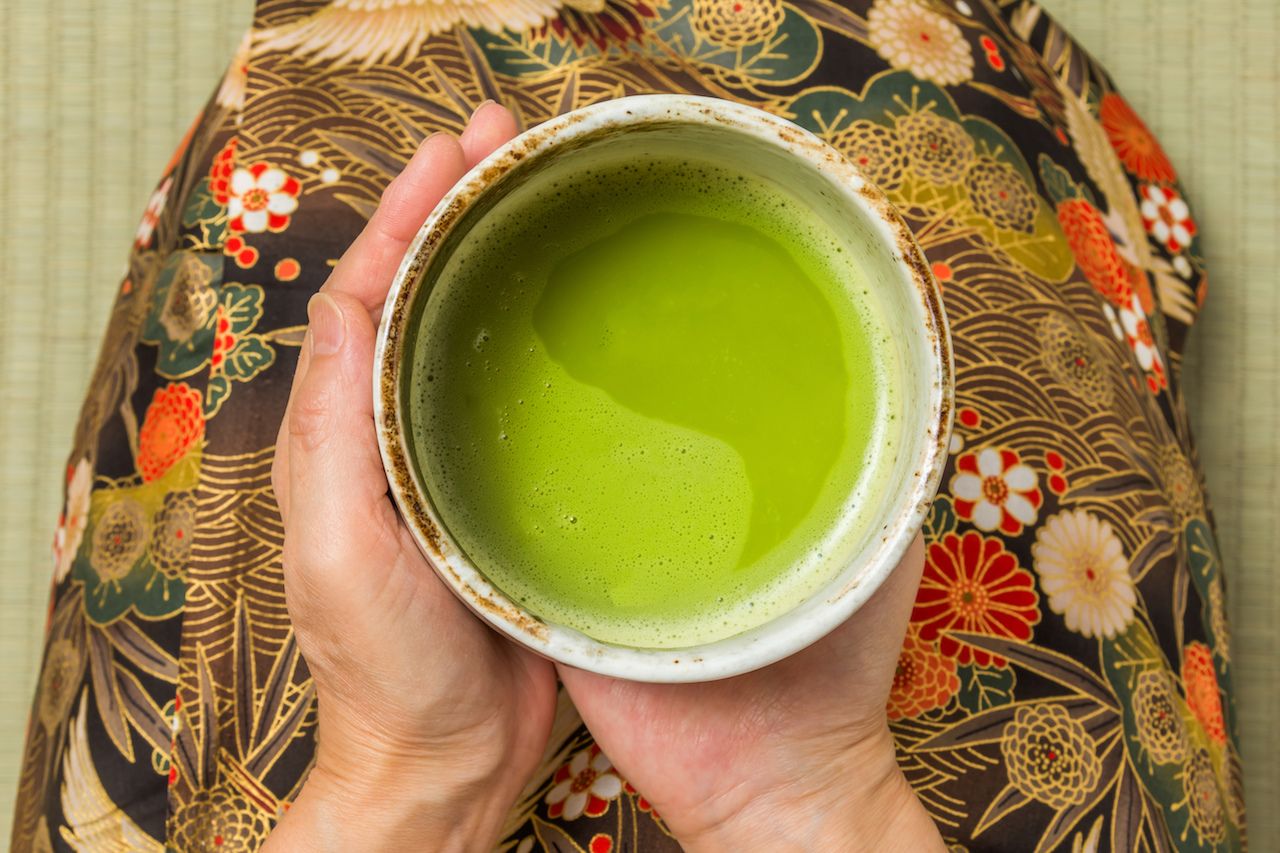 In Japanese culture, matcha tea ceremonies are carefully choreographed and deeply-traditional events meant to promote wellness and respect. The actual ceremony involves several stages. First, guests are ushered into a room known as a machiai to purify their hands and mouths, then greeted by their host with a bow. After, bright green and mildly earthy matcha powder is mixed with hot water and whisked with a bamboo tool, creating a paste to which more hot water is later added. A single bowl is then passed between guests until it’s empty, and the ceremony ends with a final bow. Japanese tea ceremonies trace as far back as the 9th century, when the idea was brought over by a Buddhist monk who had spent time in China, where tea traditions were already alive and well. 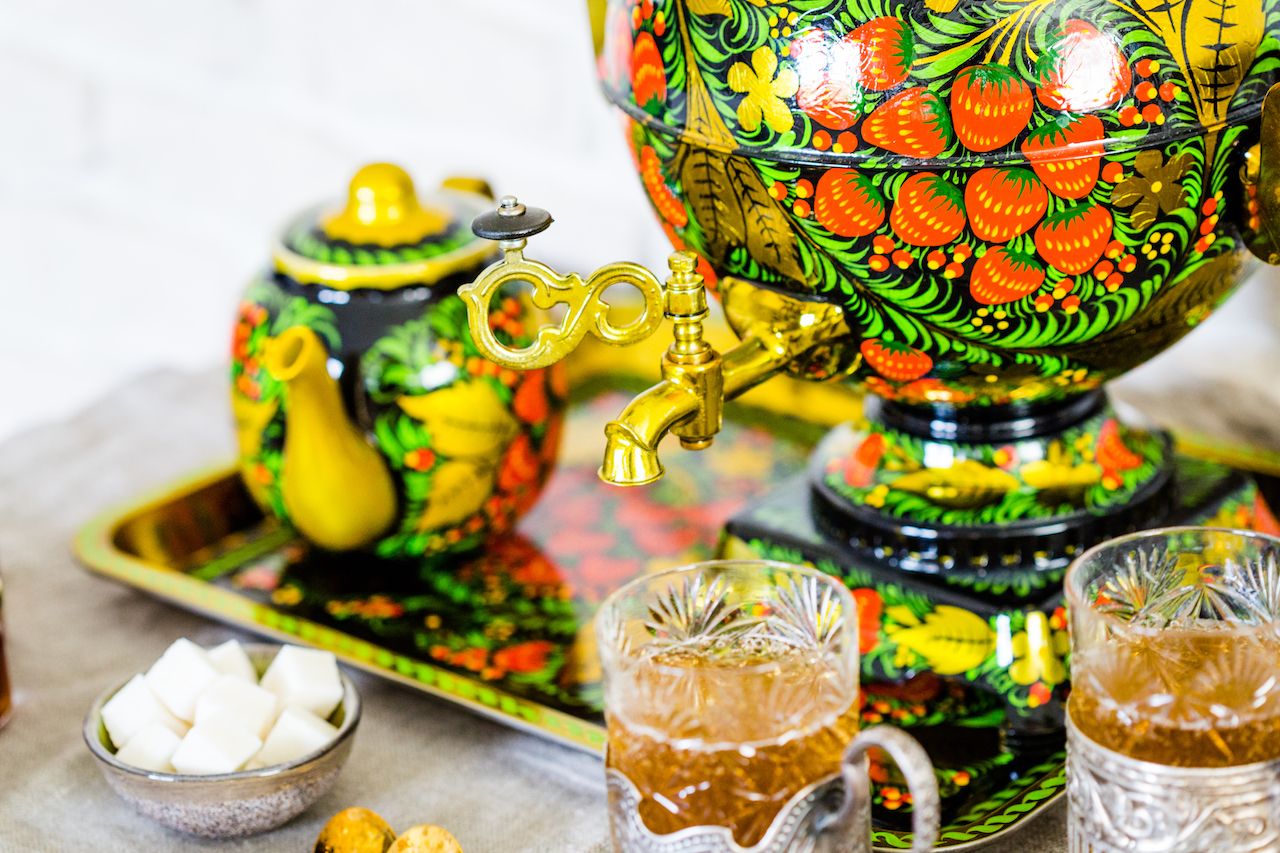 A samovar is a metal urn, often ornately decorated, designed to heat water and brew tea. Samovars have been focal fixtures of Russian households since at least the 1770s, not only showcasing craftsmanship but also offering a warm place to gather. For a time, Russians even believed samovars possessed souls because of the noises they made while heating water, sounds colloquially referred to as “singing.” These days, electric samovars have largely replaced more traditional coal or charcoal-powered versions. Antique samovars are considered collector’s items and some of the oldest and most beautiful ones can be found on display in museums. 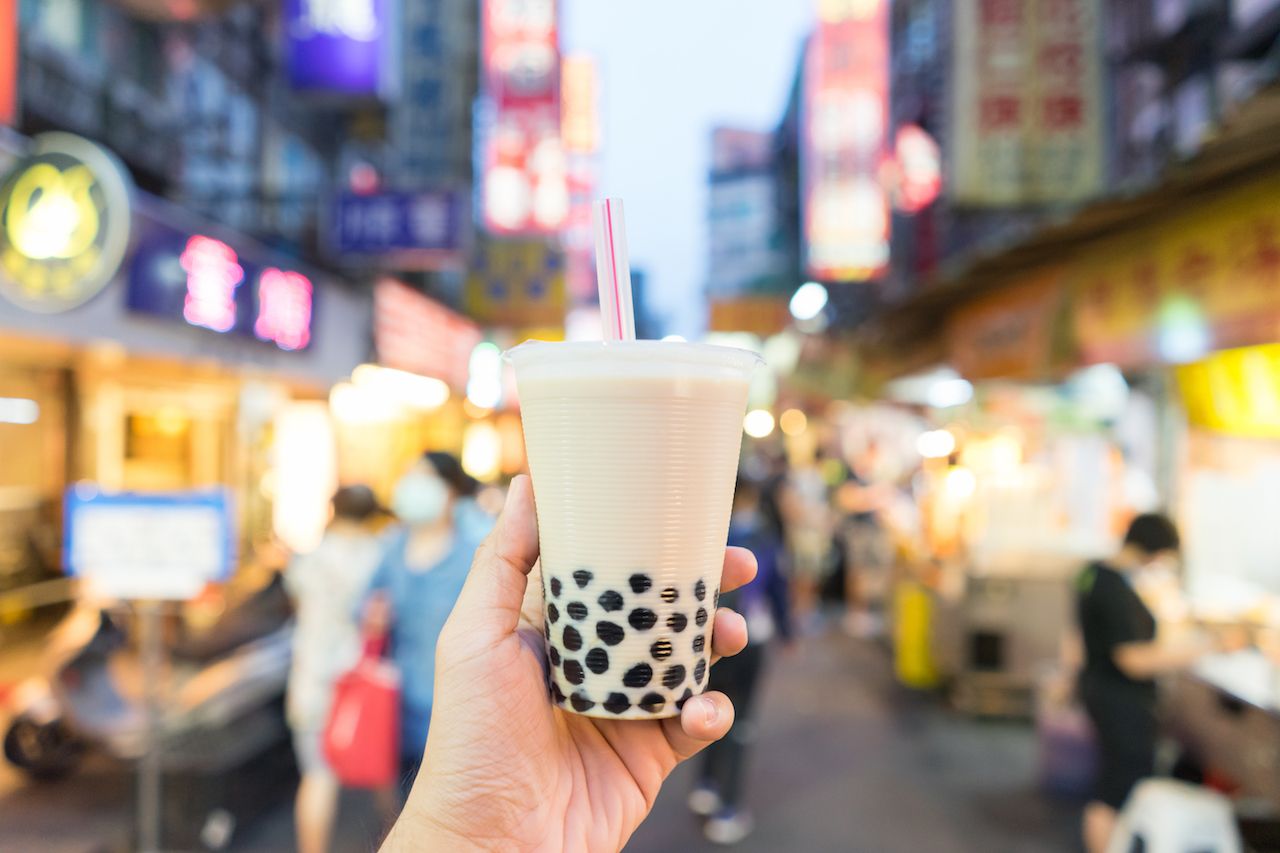 Half the fun of drinking bubble tea comes from slurping up the chewy, mildly-flavored, balls of boiled tapioca starch (called “pearls”) with big gulps of milky, sugary tea. Added flavors range from lychee to ginger, and you might even stumble across avocado or sesame-flavored bubble tea. The most modern beverage on the list, bubble tea was not popularized in Taiwan until the late 20th century. It has since spread like rapid fire, becoming increasingly popular in North American cities.