Active volcanoes are beautiful to look at, but they’re also incredibly dangerous. The current eruption of Kilauea in Hawaii and its dreadful consequences are proof that even when active volcanoes seem to be under control, there’s actually no curbing their devastating power once they erupt at full force. Here are 7 active volcanoes that are due for a large eruption at any moment, so take notes and plan your travels around them. 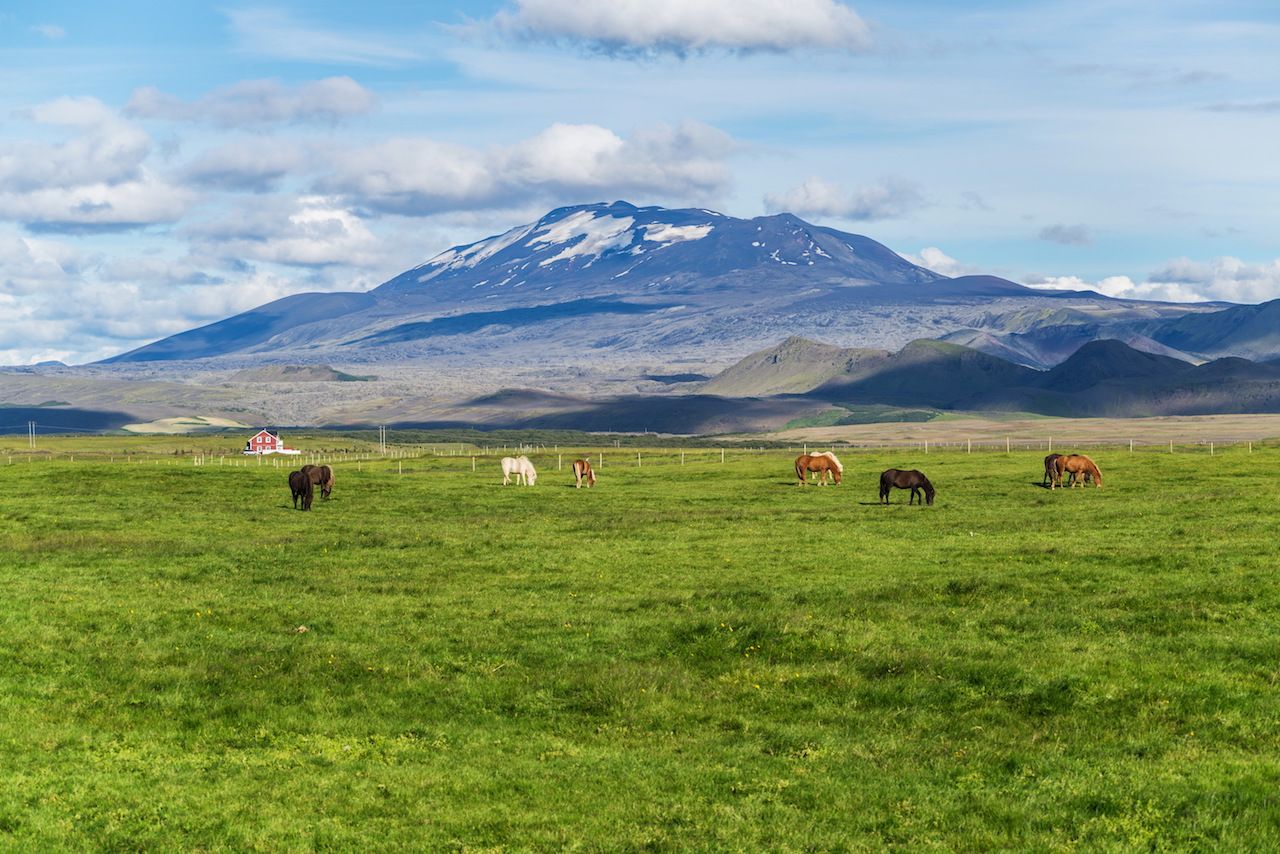 Iceland is not nicknamed “the land of fire and ice” for nothing. The country has a total number of 522 volcanoes, with about 30 active volcanic systems that experts are keeping their eyes on.

Everyone remembers the seriously impressive eruption of Eyjafjallajökull in April 2010 that got all air travel in Western Europe on hold for a week, but fewer have heard of the 2011 Grímsvötn eruption or the eruption of Bárðarbunga in 2015. 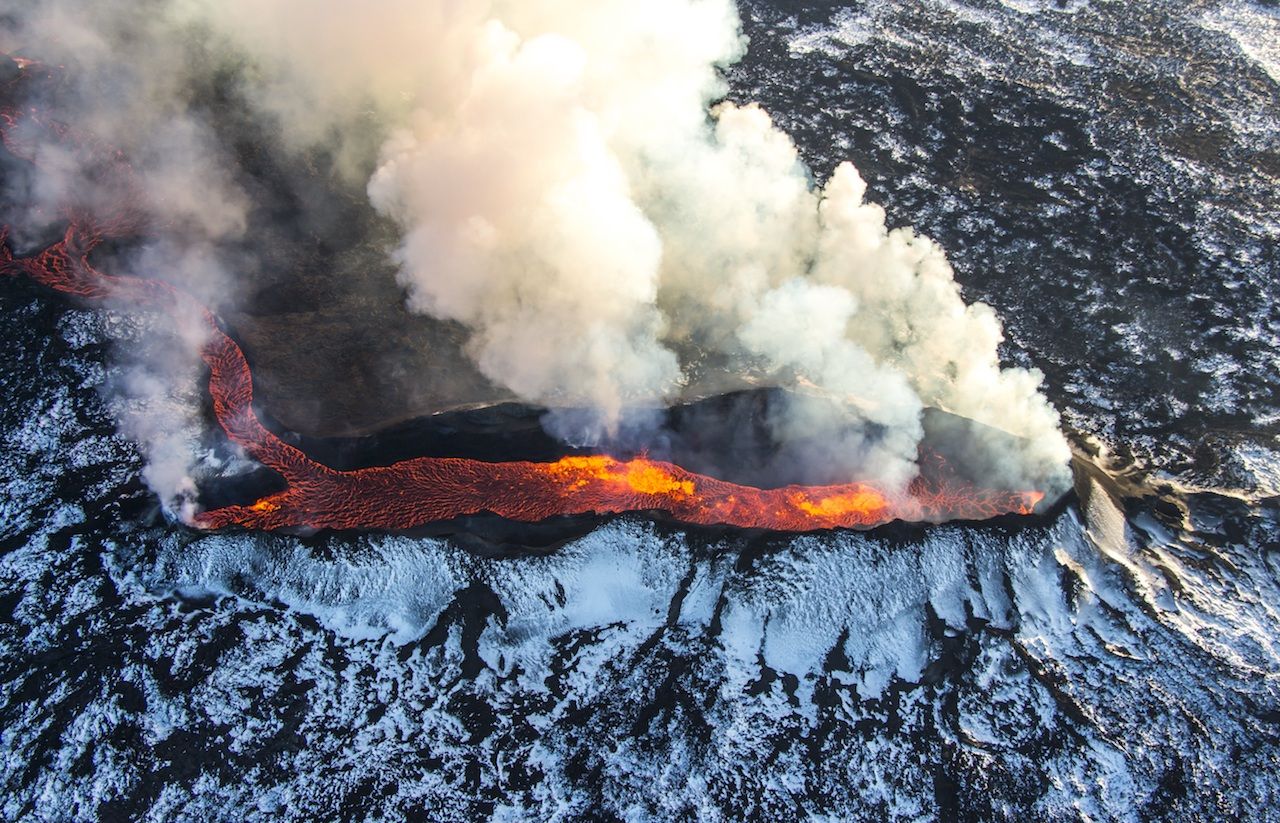 Currently, it’s Hekla and Katla, the Angry Sisters, that Icelanders are worried about.

Hekla erupts about every ten years, but nothing’s happened since 2000, so it’s overdue for an eruption. In February 2017, Iceland Magazine explained that the volcano’s magma chambers were quickly filling up and that measurements showed growing pressures building up.

Katkla, a subglacial volcano located very close to Hekla in the southern part of the country, is Iceland’s largest and most dangerous volcano and it has not erupted in a hundred years, so a big one’s in the cards. Some seismic activity got everyone worried about a possible eruption last summer, but things have subsided since then. 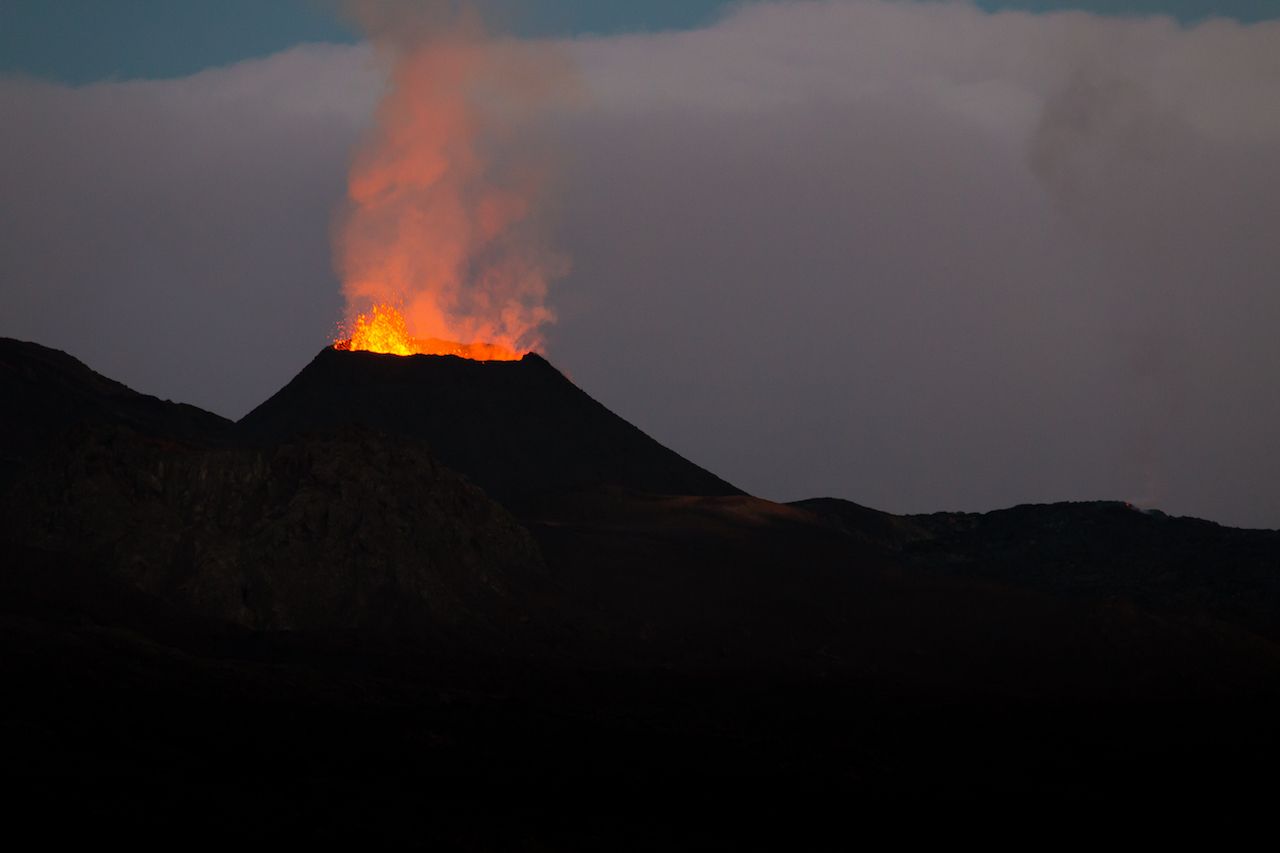 Le Piton de la Fournaise, located on the French Island of La Réunion in the Indian Ocean, is, like Kilauea, one of the world’s most active volcanoes — it’s been erupting about every 8 months since 1640.

An eruption took place early this April and, just a few days ago, on April 28th, it started spewing lava again. It’s difficult for experts to determine the strength of an eruption before it happens, so, although the population has been spared from evacuation, alerts are always taken very seriously.

Like with Kilauea, locals and visitors can hike around the volcano when the site is safe, but when an eruption alert is launched, all the hiking trails are closed. Just in 2003, a hiker died when he fell in one of the volcano’s fissures.

If you personally want to keep on eye on the volcanic activity of the Piton de la Fournaise, check out the six webcams set up around it here. 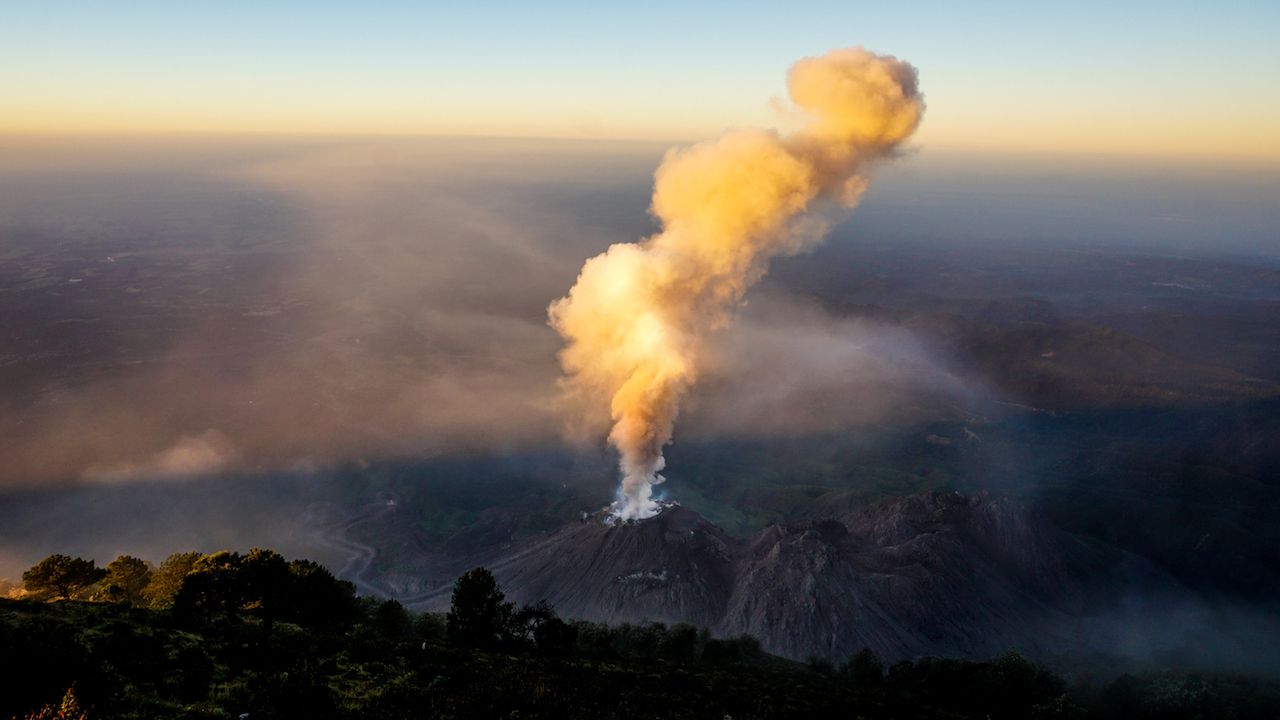 Santiaguito is the most active lava dome in the Santa Maria volcano in Guatemala; it’s been erupting almost every hour since 1922 and “magma and gas are steadily rising from deep within the system,” explained Stephanie Grocke, a National Geographic Explorer and volcanologist.

Santa Maria’s first ever eruption took place in 1902 and was the second-largest volcanic eruption in the 20th century. The Santiaguito vent is the product of the 1902 eruption.

According to the Smithsonian Institution Global Volcanism Program, in February and March 2018, explosions were reported at Santiaguito and they produced ash plumes as high as 700 meters. Volcanic material descended the flank of the lava dome.

Although Santiaguito is erupting extremely regularly, it’s no indication that the next eruption won’t be a very serious one.

Santa Maria is awfully close to the city of Quetzaltenango (13 km), so if a large eruption were to happen, the population (about 140,000 people) would be in danger. 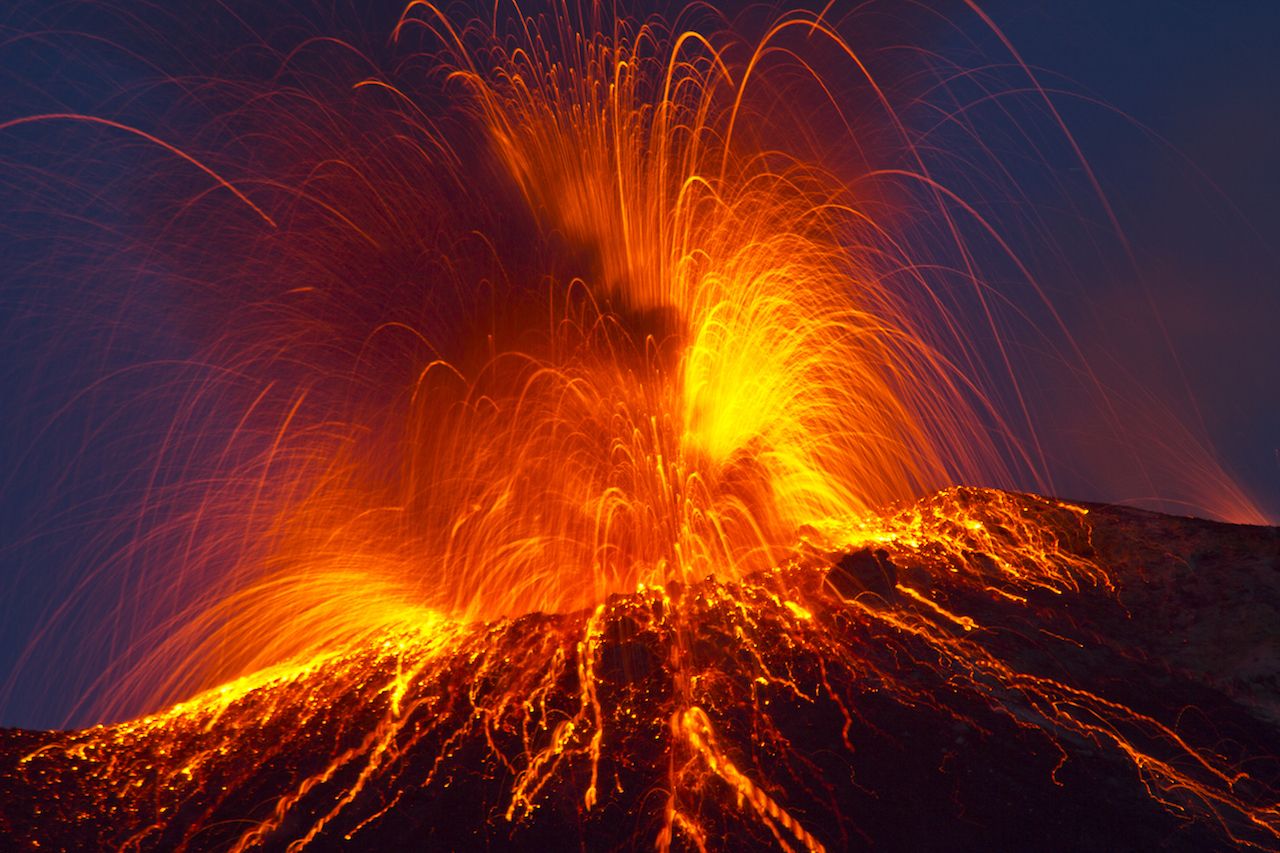 Stromboli is one of the eight Aeolian islands in the Tyrrhenian Sea — the sea between continental Italy, Sardinia, and Corsica. The island is actually the volcano, as it starts below sea level.

Stromboli is one of the most active volcanoes in the world. It’s been continuously erupting for 2,000 years. Although Stromboli’s eruptions are more explosive than effusive, lava has flown out of the volcano several times in the past 17 years.

There are a few hundred people living in the two villages on Stromboli: Stromboli and Ginostra. As you can see on the picture below, the residents are incredibly close to the volcanic cone, so Stromboli’s activity needs to be monitored very closely. 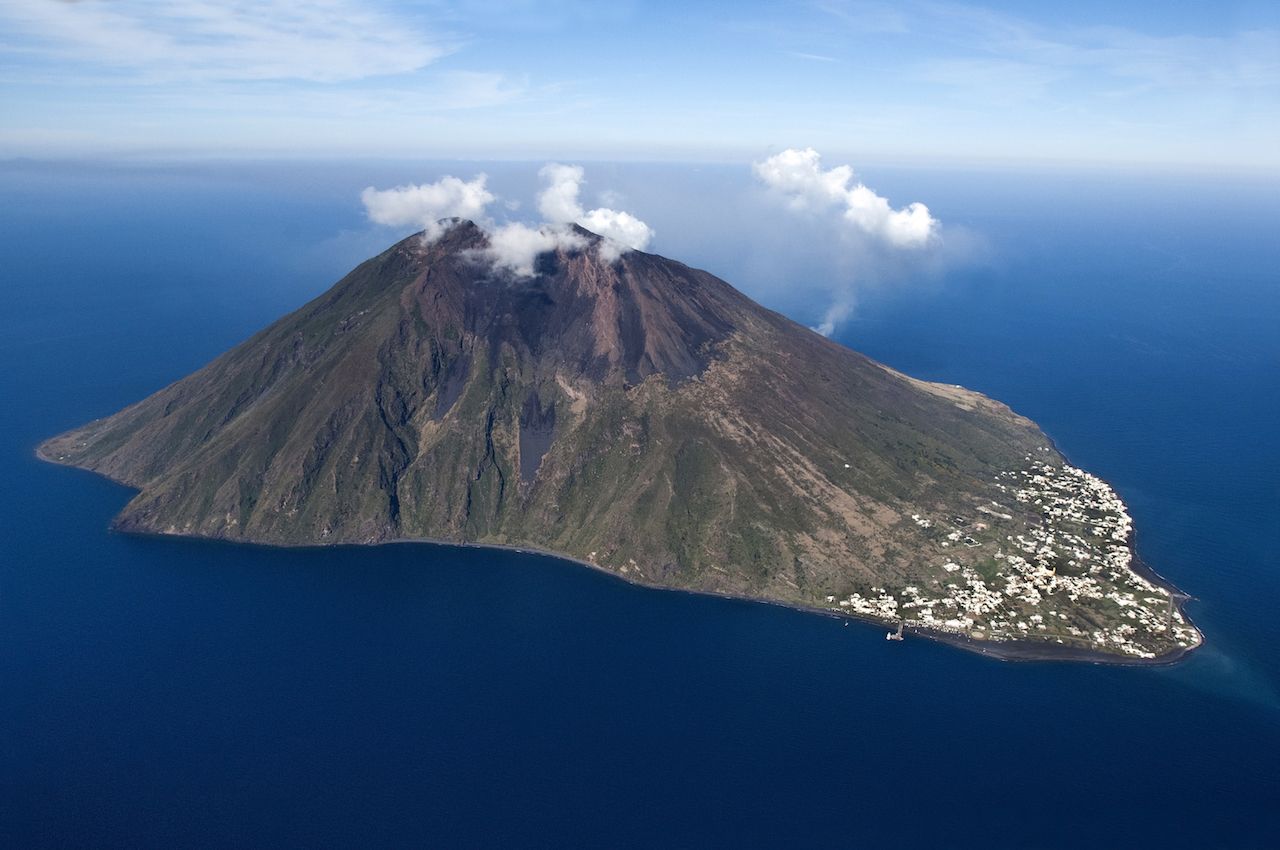 According to the Smithsonian Institution Global Volcanism Program, on April 24th, 2018, an explosive sequence happened, ejecting large amounts of ash, incandescent material, and large blocks 250 meters in the air. There was also a small lava fountain. 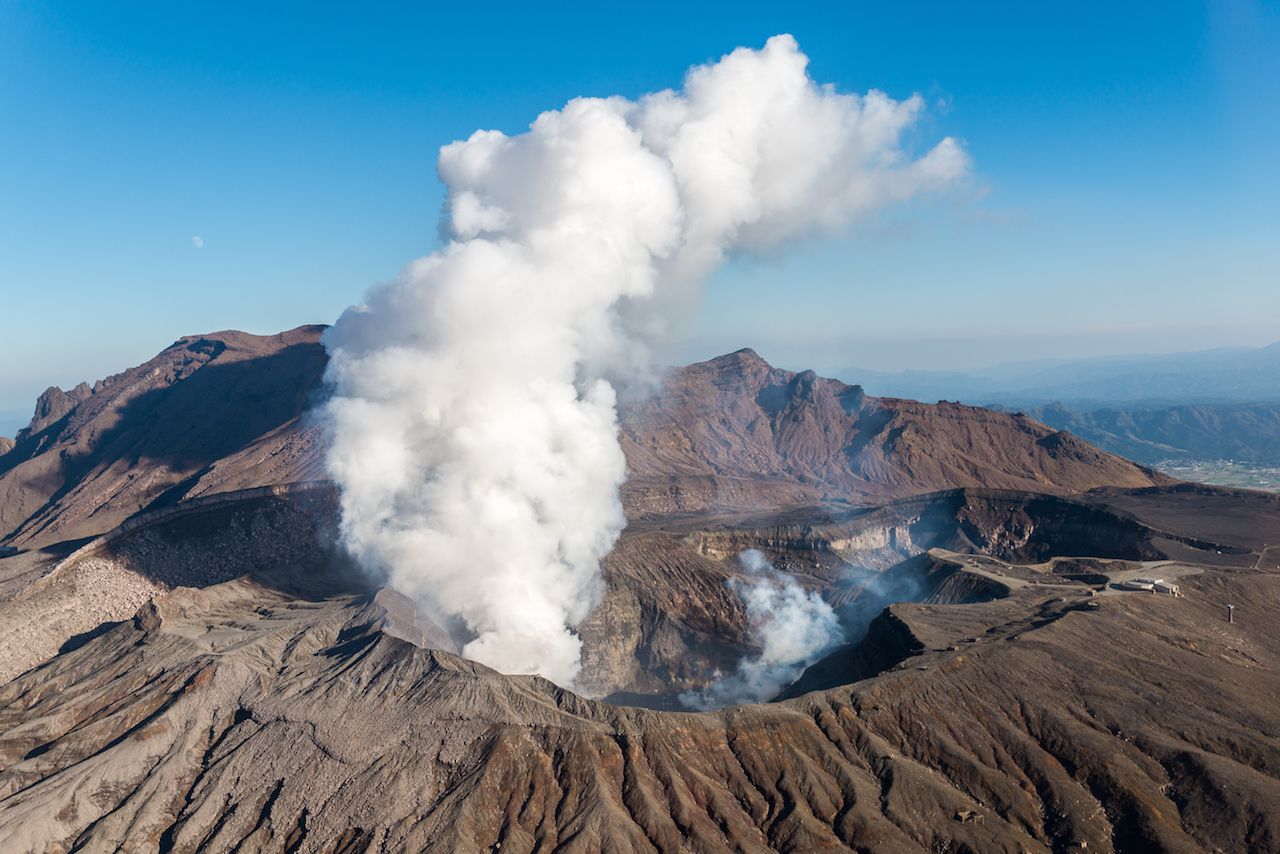 Sakurajima is located on the island of Kyushu in Japan. Sakurajima has been erupting constantly since 708 A.D.

The city of Kagoshima (over 600,000 inhabitants) is located only 12 km away from the volcano. Large explosive eruptions can easily send ashes on the city. The volcano is closely monitored in case the area needs to be evacuated. 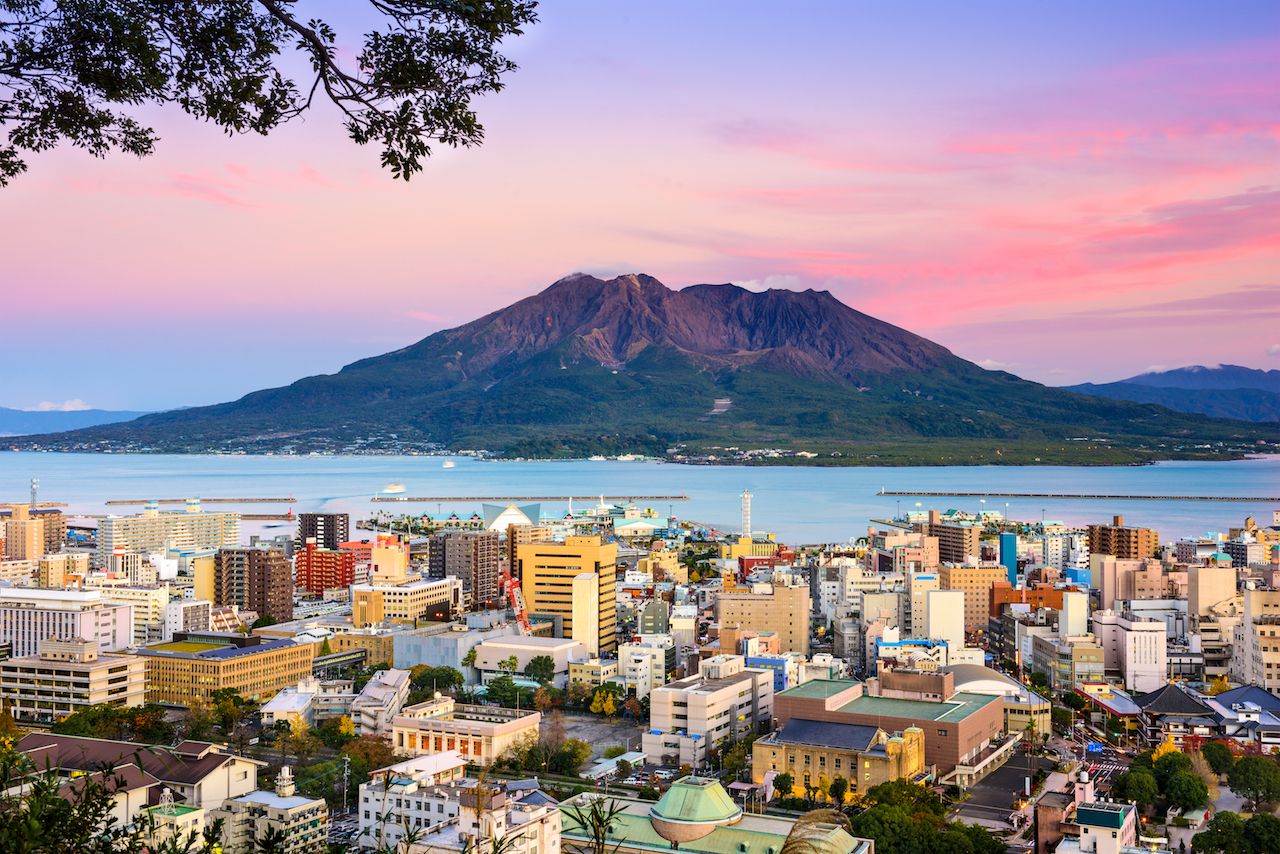 The Japan Meteorological Agency reported that between April 20th and May 1st, 2018, there were 9 events and 30 explosions at the Aira caldera of the Sakurajima volcano. Rock fragments and particles were “ejected 1.3 km from the crater, and ash plumes rose as high as 3.3 km above the crater rim”. The Alert Level is at 3 (on a 5-level scale). 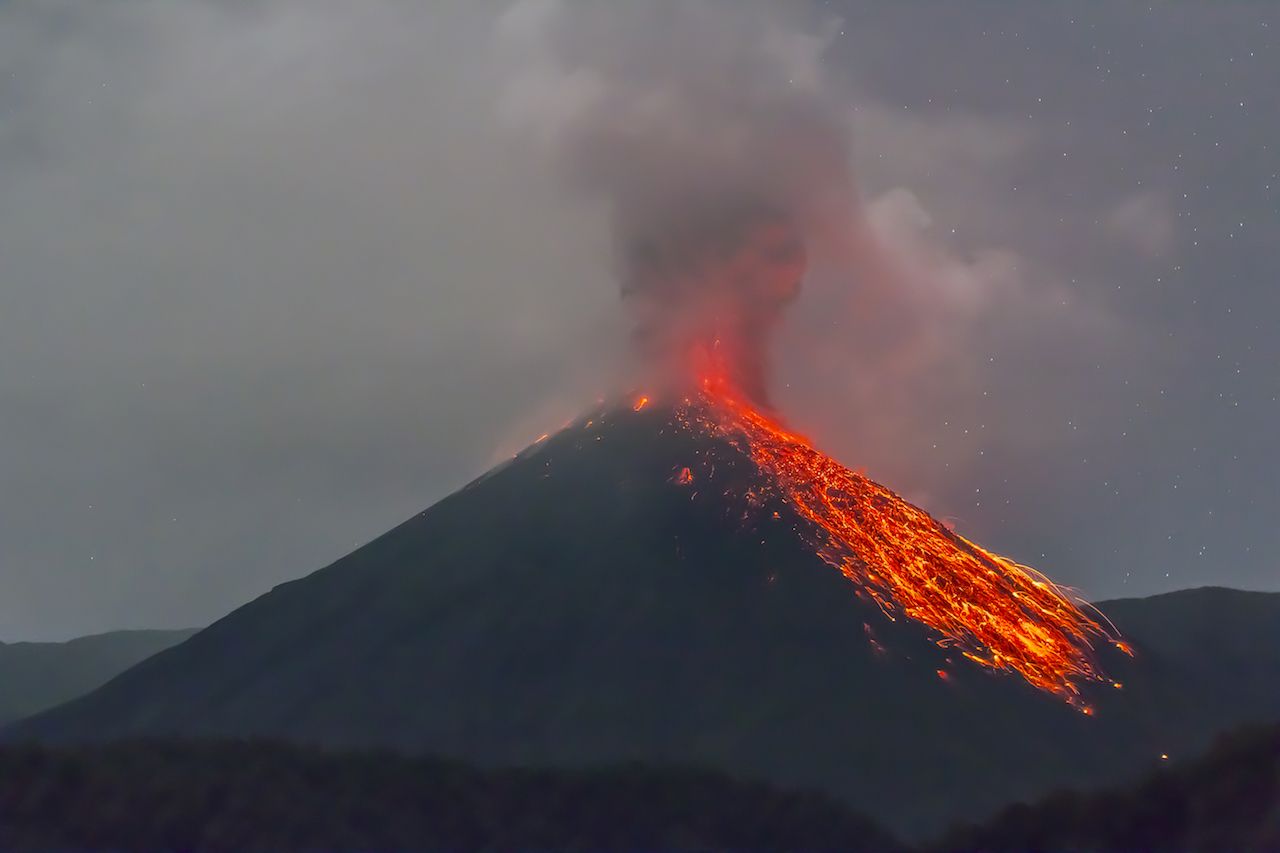 Reventador is Spanish for “troublemaker”, so you know that you should really be wary of this volcano.

Located in the Ecuadorian Andes, Reventador erupted without warning in 2002 and, according to Global News, “its pyroclastic flow of gas and matter wiped out a nearby valley and damaged pipelines.” This eruption was the largest in the history of the volcano.

Between April 24th and May 1st, 2018, seismic activity with explosions, earthquakes, tremors, and emissions was reported happening at Reventador. “Steam, gas, and ash plumes sometimes rose higher than 1 km above the crater rim. Incandescent blocks also rolled as far as 800 meters down the flanks, and a small pyroclastic flow traveled down its flank.”