Try to name a beer category that’s more disparaged than pumpkin beer. We’ll wait. The style is relentlessly mocked, and often for good reason. At its worst, pumpkin beer is cloyingly sweet and full of clove, allspice, nutmeg, and cinnamon — the flavors we’ve come to accept as “pumpkin,” yet rarely contain any actual pumpkin. In this golden age of brewing, however, true pumpkin beers exist if you know where to look.

So hold your thoughts on pumpkin-flavored everything for a minute and grab a beer. These eight pumpkin beers use real gourds (and the occasional fall spice mix) to create a beer that will please both the crowd that lines up for Starbucks PSLs and the haters who believe “real beer” can’t be made with ingredients from a pumpkin patch.

Coffee and pumpkin: the combo that forever changed our perception of seasonal fall beverages. Elysian Brewing Company makes a fully flavored, coffee-pumpkin beer called Punkuccino using pumpkin, a dash of spices, and coffee from Stumptown Coffee Roasters. You’ll want to crack a bottle in the morning for a tasty caffeine hit, one for lunch to get you over the midday slump, and one at night because it’s just that good.

Early American colonists needed something fermentable to add to their beer in the fall, and there were plenty of pumpkins in the new world. Truthfully, there’s a case to be made that pumpkin beer is more American than apple pie. Brooklyn Brewery channels those early brewing days with a beer that’s made with barley malt and hundreds of pounds of Dickinson pumpkin in each batch. It’s as orange as a cooked gourd and has added flavors of pumpkin pie spices. The brewery’s suggested pairings include holiday dishes, Instagram, jacket weather, dad rock, and mascarpone. 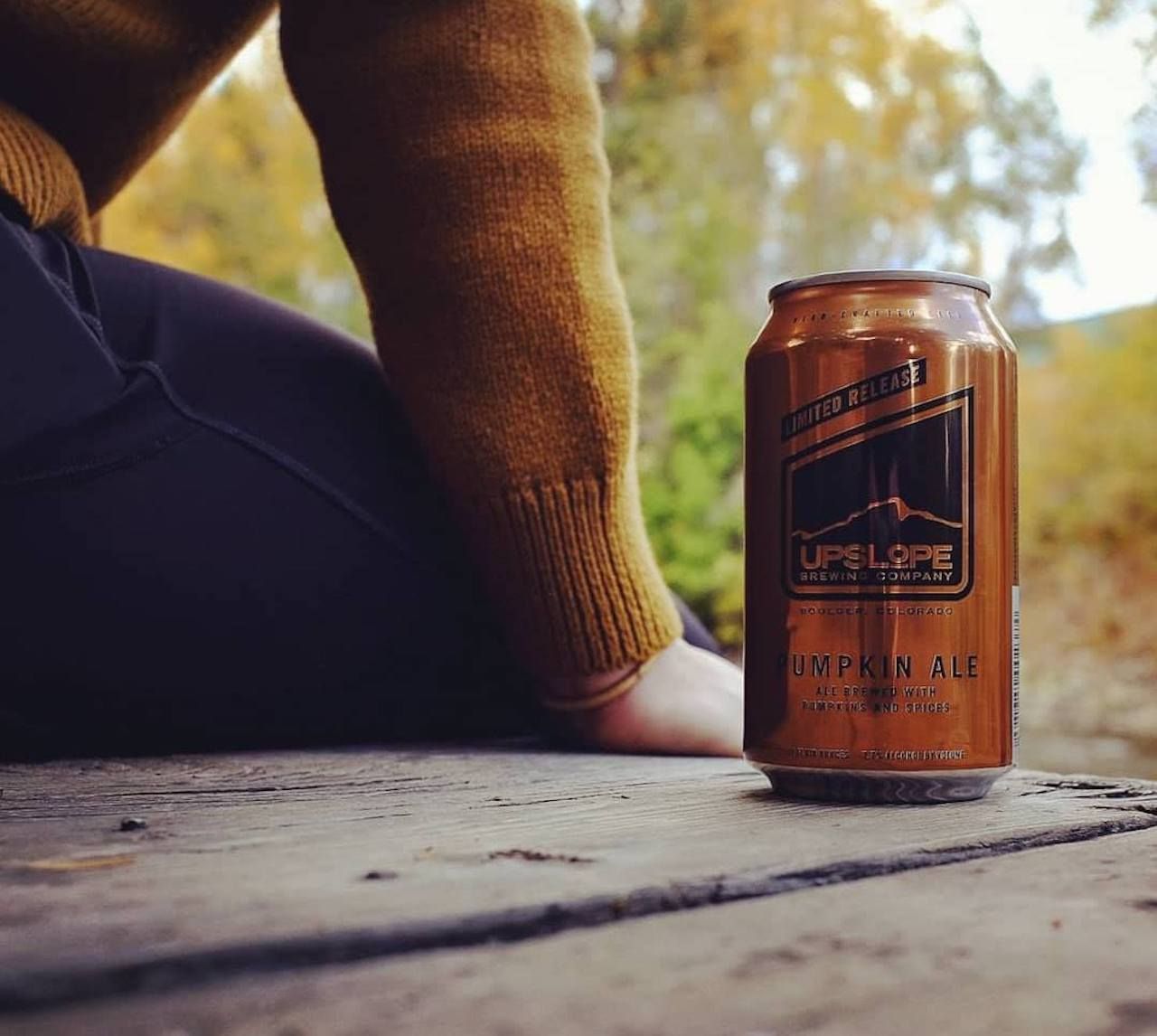 This one is for the pumpkin haters. Upslope makes its pumpkin ale with baby bear pumpkins and a custom blend of six spices, but it’s the most beer-like of all the beers on this list. Its Pumpkin Ale has plenty of caramel and toffee flavors that belong on your taste buds as soon as the first fall bonfire lights up. It won gold at the Best of Craft Beer Awards in Oregon in 2015, silver in 2014’s All Colorado Beer Festival in the vegetable/spice beer category, and gold at the 2011 Great American Beer Fest in the field and pumpkin beer category. 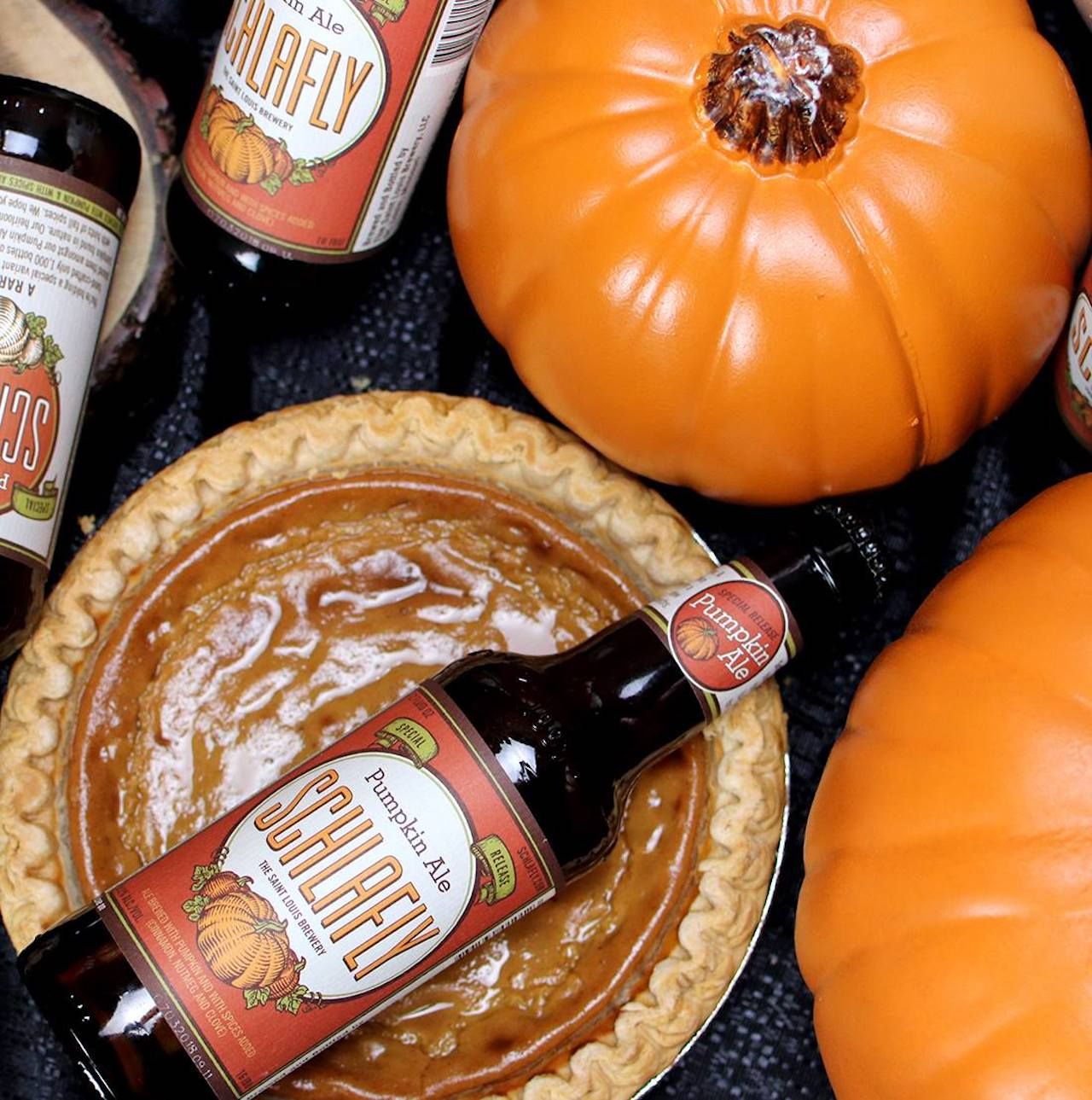 Sometimes standing out is a bad thing. Like when an ingredient stands out too much in a beer, for example. Schlafly puts a lot of ingredients that you think would overpower each other in its Pumpkin Ale, but surprisingly all blend together in what is easily one of the best pumpkin beers out there. Pounds of fresh pumpkin are added to the beer, and then it’s filtered through spices like cinnamon, clove, and nutmeg. It’s something that you want to drink all year but can’t because the best things come and go with the seasons. When you have a chance to drink one or three of this Missouri brewery’s pumpkin ale, though, be careful. It’s 8-percent alcohol and it’ll sneak up on you on a chilly fall night. 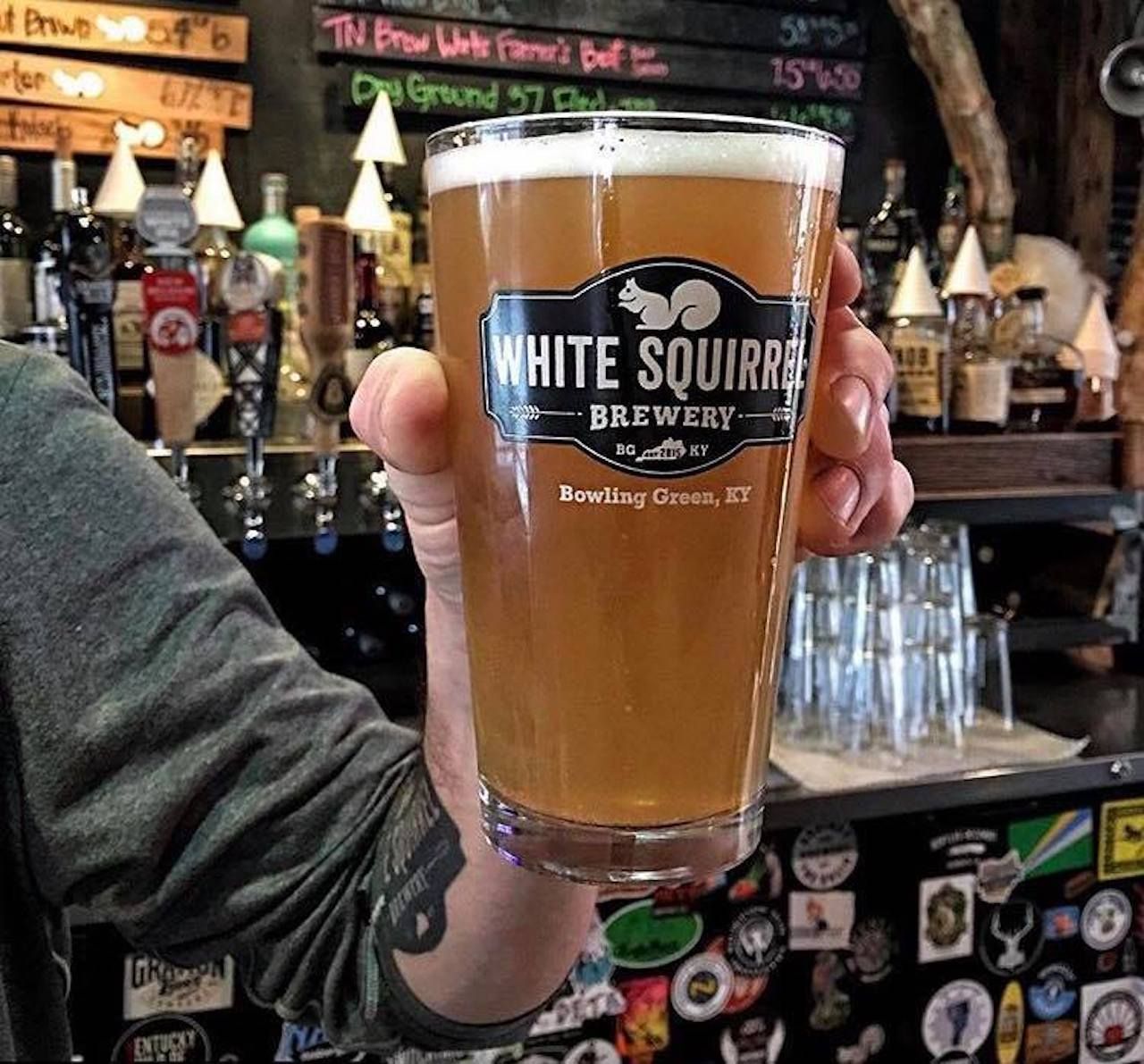 Bourbon isn’t the only beverage worth drinking from Kentucky. With all of the craft breweries in the state (more than 50 according to the Brewers Association) the beer may soon be giving the brown stuff a run for its money. White Squirrel in Bowling Green makes a great pumpkin beer using fresh pumpkins from local Kentucky farms. The brewery uses a crisp red ale base and throws in a taste of autumn in the form of fleshy orange pumpkins. That limits production, which means you should grab as many as you can when you see them, because White Squirrel’s Pumpkin Ale might run out before fall does. 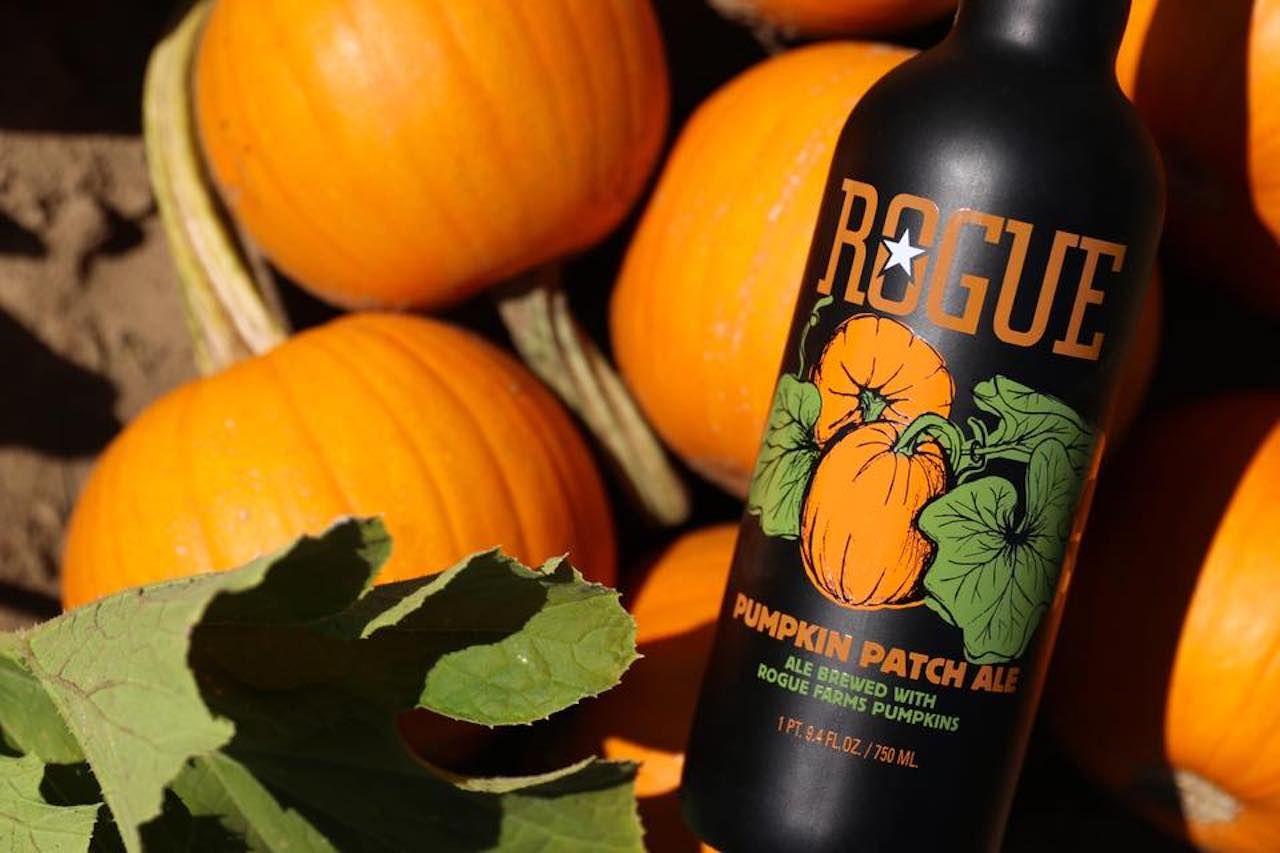 There’s sourcing fresh pumpkin, and then there’s what Rogue does. Rogue takes pumpkins grown on Rogue Farms in Independence, Oregon, drives them to the brewery 77 miles away in Newport, quickly roasts them, then tosses them into a batch of beer. Farm-to-table is cool, but farm-to-pumpkin-beer is cooler. It’s important to note that it’s an agricultural product that’s subject to the whims of nature, so it lands on store shelves a little later than other pumpkin-flavored beers. Some things are worth the wait, though.

There are more pumpkin farms in Pennsylvania than in any other state — keep that in mind when you’re looking for the ultimate pumpkin patch adventure. One of those pumpkin farms is Strites’ Orchard, which is just a few miles from the Tröegs brewery. Tröegs gets around 3,000 pounds of Pennsylvania neck pumpkins from Strites’ for its Master of Pumpkins. Other added ingredients include cinnamon, cloves, ginger, nutmeg, and a French saison yeast. If you want to be the Master of Pumpkins while visiting Pennsylvania’s pumpkin patches (or if you just want a really good beer), grab yourself a bottle. 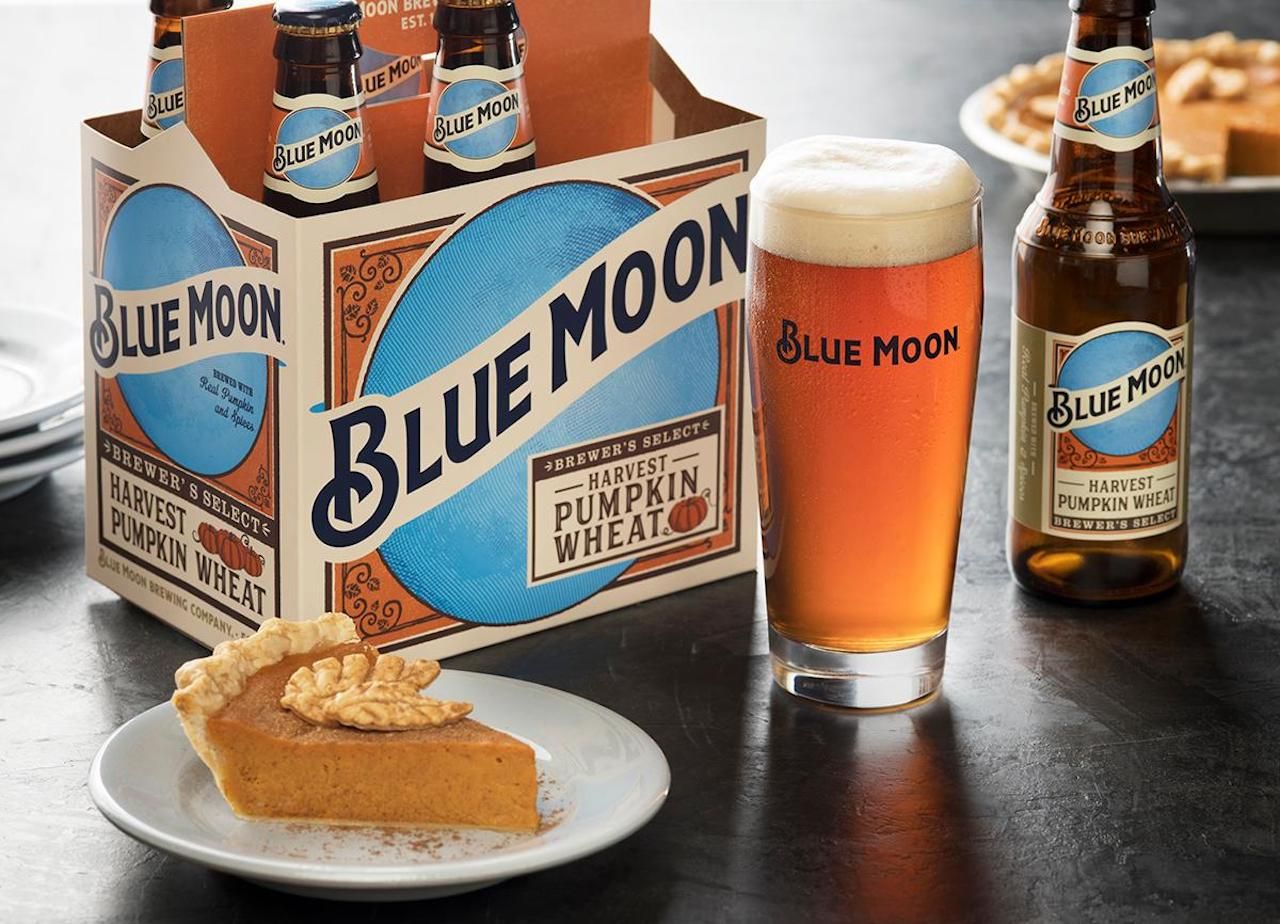 Not all real pumpkin beers are hard-to-find local affairs. Blue Moon makes a pumpkin wheat beer using pumpkin and just enough cinnamon, nutmeg, cloves, and allspice. The people at Blue Moon know what they’re doing, thanks to 23 years of pumpkin beer experience — which is far longer than the modern pumpkin obsession and years before any other national pumpkin beer releases, but who’s counting? There’s a reason why Harvest Pumpkin Wheat has been around since 1995. It’s balanced, easy drinking, and designed for unfussy occasions.

BeerYou Can Bike Your Way Down This Beer Trail in British Columbia
Tagged
Beer Food + Drink
What did you think of this story?
Meh
Good
Awesome