Neutral tones are nice and all, but reaching for a neon or pastel paint can is a surefire way to transform an ordinary structure into a living canvas — just ask these nine dynamic neighborhoods around the world. From a landmark quarter in Turkey to a recently renovated community in South Korea, the following photogenic settlements have taken house painting to a whole new level, proving just how much of a difference a splash of color — or several — can make. 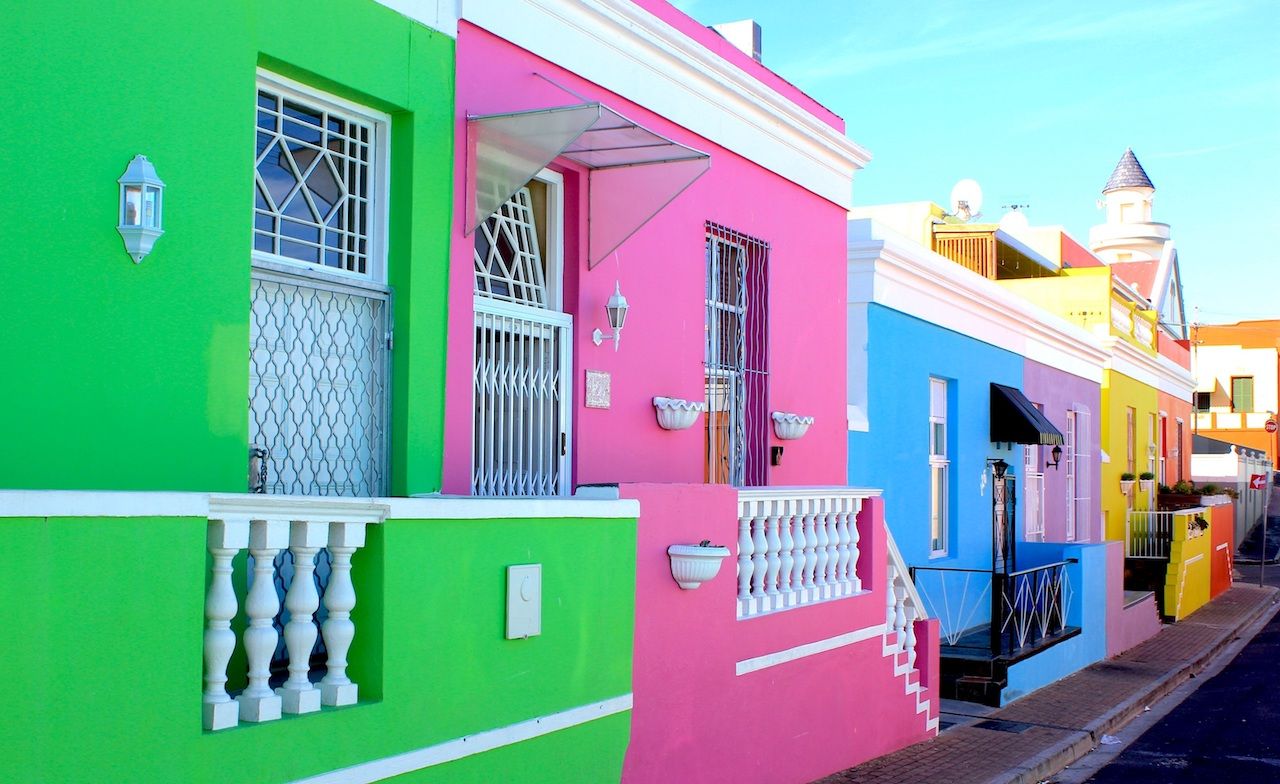 Formerly known as the Malay Quarter, this vibrant neighborhood overlooks downtown Cape Town at the foot of Signal Hill, a brilliant display of Georgian and Cape Dutch architecture painted every shade imaginable. Its winding streets are some of the oldest in the entire city; the oldest among them, Wale Street, hosts the must-see Bo-Kaap Museum, which delves into the Cape Malay culture and Islamic heritage on which the community was built. 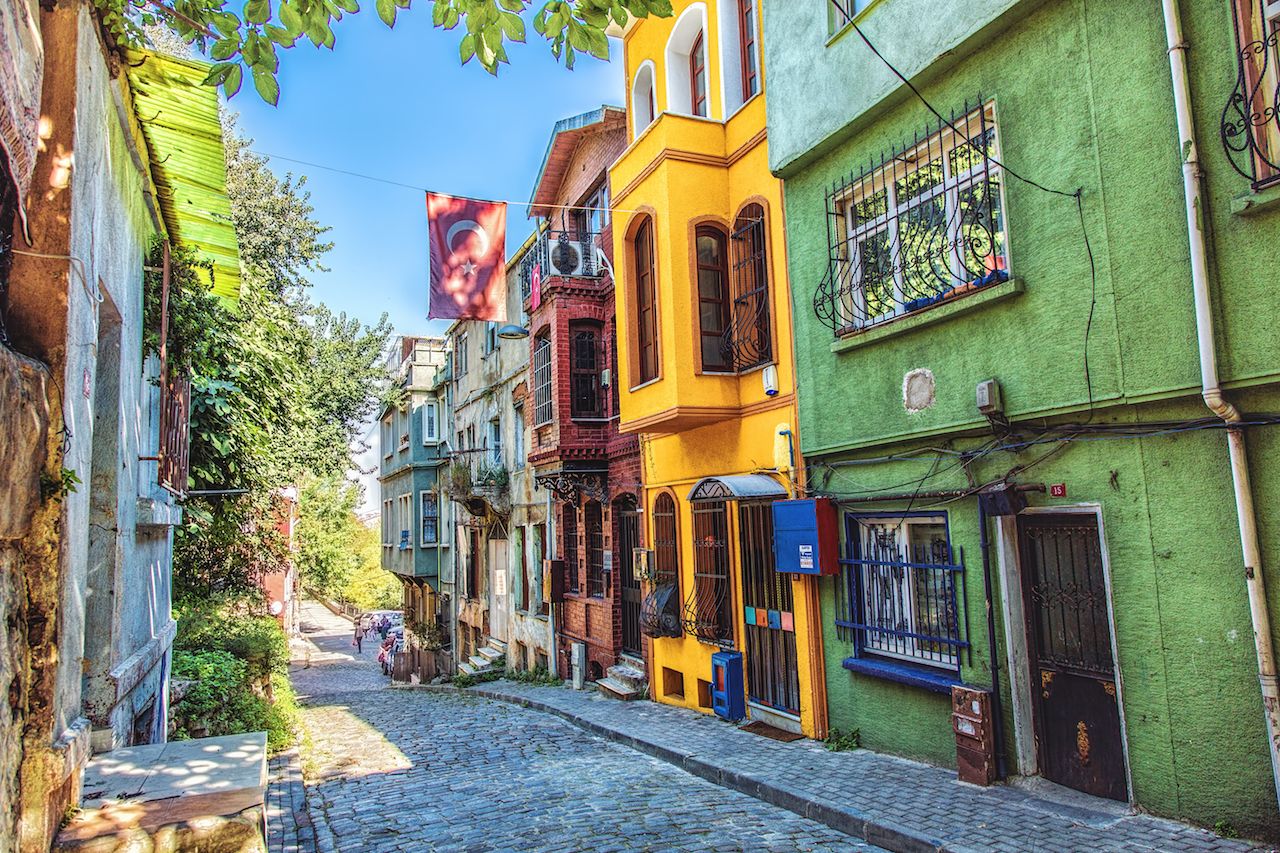 The old Jewish Quarter in Istanbul is a whirlwind of colorful architecture where bright pink buildings neighbor electric blue structures. Meander down labyrinthine lanes, discovering Greek Orthodox churches and grand mosques around the corner from artsy, easygoing cafes selling Turkish coffee and local delicacies. Balat and neighboring Fener on the western bank of the Golden Horn might just be the best places to wander aimlessly in all of Istanbul. 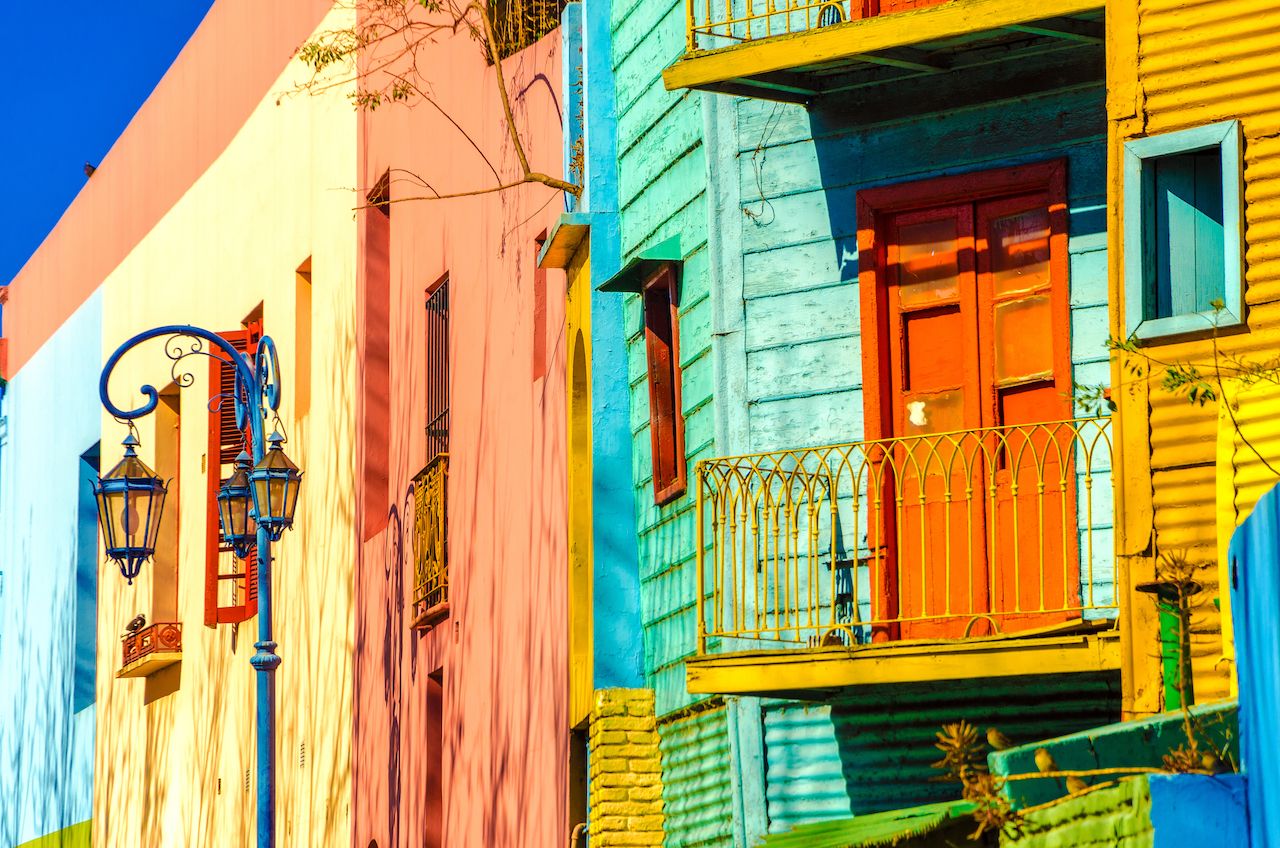 La Boca is colorful in more ways than one. Tango music pulses down streets lined with brightly colored buildings, outside of which pickup soccer games are a frequent occurrence. The blue-collar neighborhood has become something of a tourist hotspot with art vendors and cafes on every corner, welcoming out-of-towners without compromising its local flair. Caminito is the beating heart of La Boca, a lively street turned open-air museum filled with lunch and dinner spots that are as well-known for their dance shows as they are for their edible offerings. 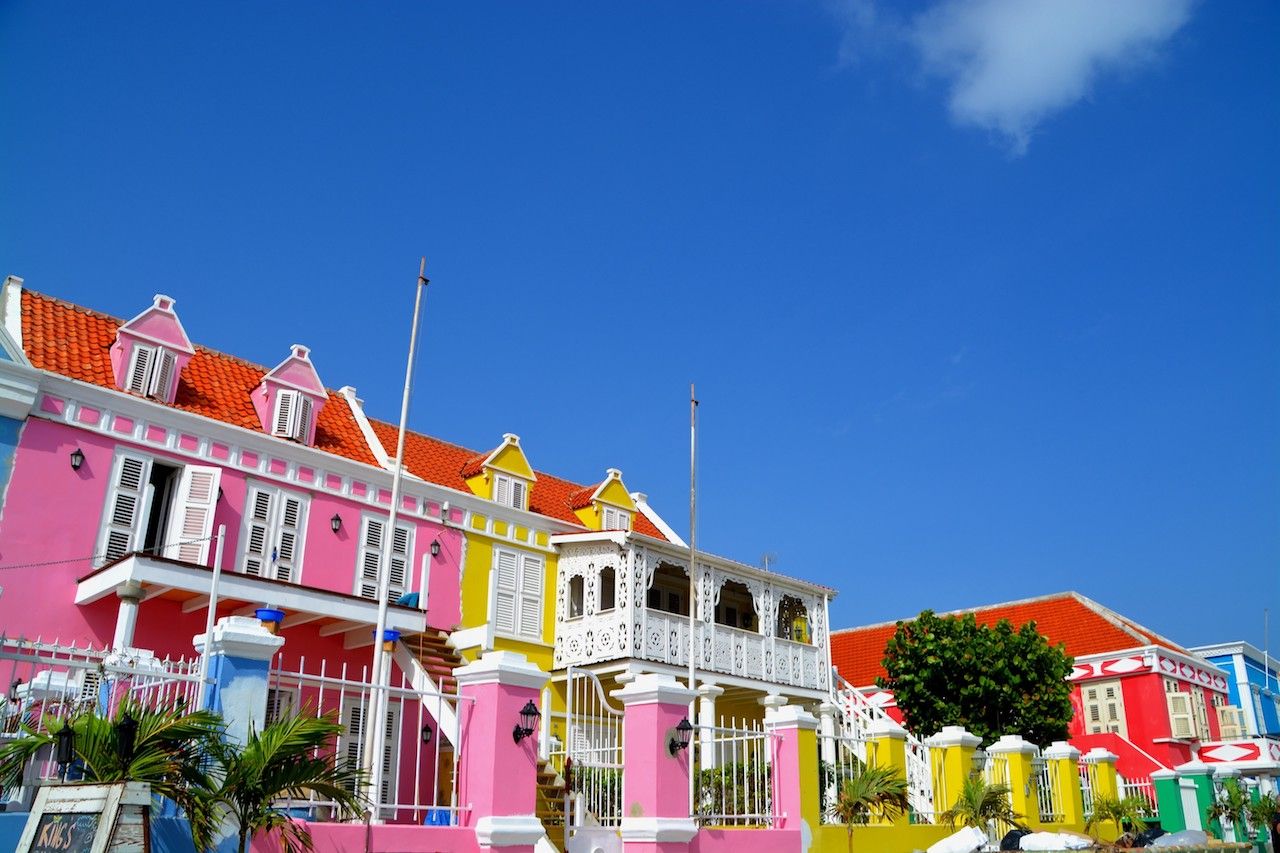 Punda is one of four quarters that make up the historic center of Willemstad. It’s also the most likely to be featured on a postcard thanks to the Handelskade, a waterfront stretch on the Sint Anna Bay whose colorful properties are more vivid than a box of crayons. The district is home to some of the best dining and shopping on the entire island, as well as an arts scene that will keep visitors very busy. For the best view of the harborfront, snap a photo from the Queen Emma Pontoon Bridge and rake in those Insta likes. 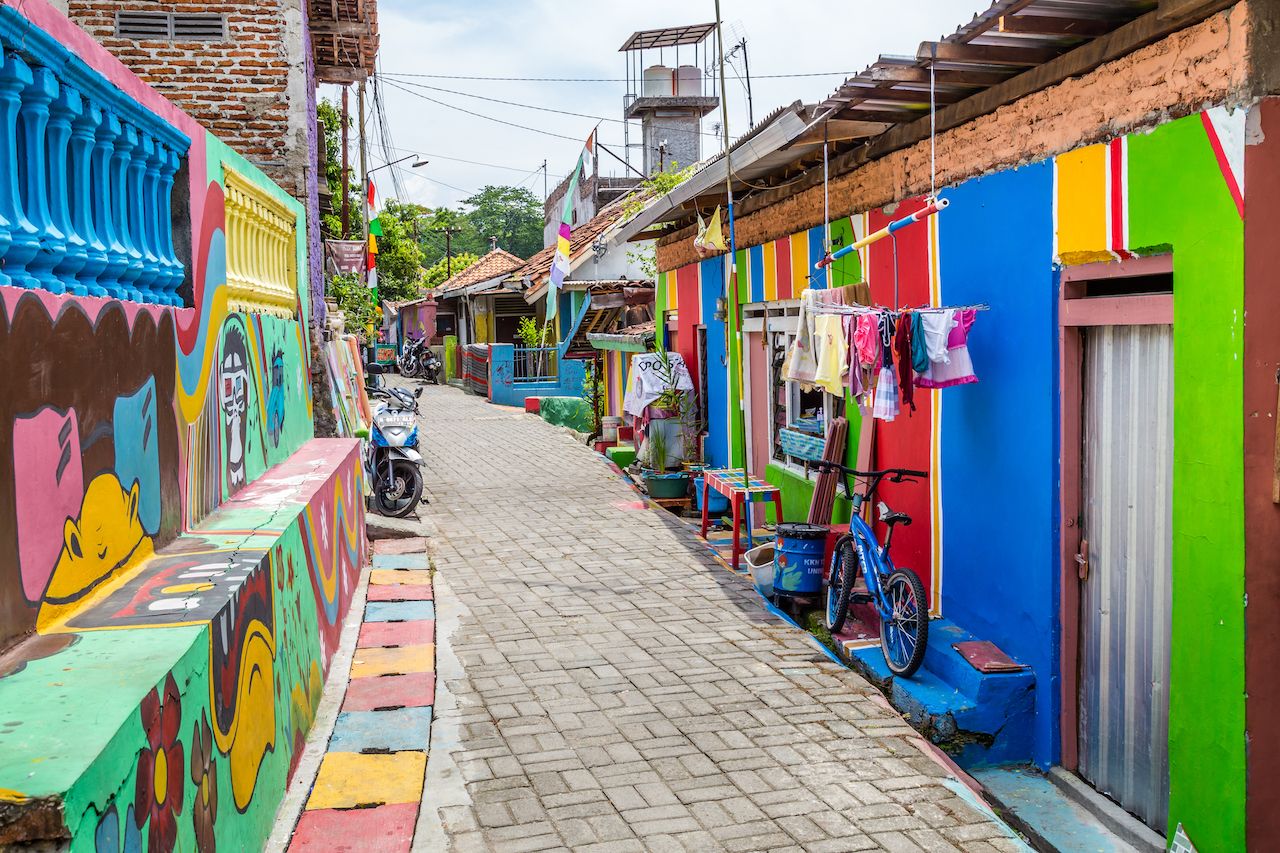 Aptly nicknamed Rainbow Village, this neighborhood in Central Java was painted top to bottom in bright pastels in 2017 in an effort to draw tourism, a hugely successful campaign if social media is anything to go by. Everything from tiled roofs and exterior walls to stairways and handrails are now striped pink, purple, yellow, orange, red, blue, and green. Intricate street art fills the spaces between swaths of paint, leaving very little of the once drab settlement unpainted. 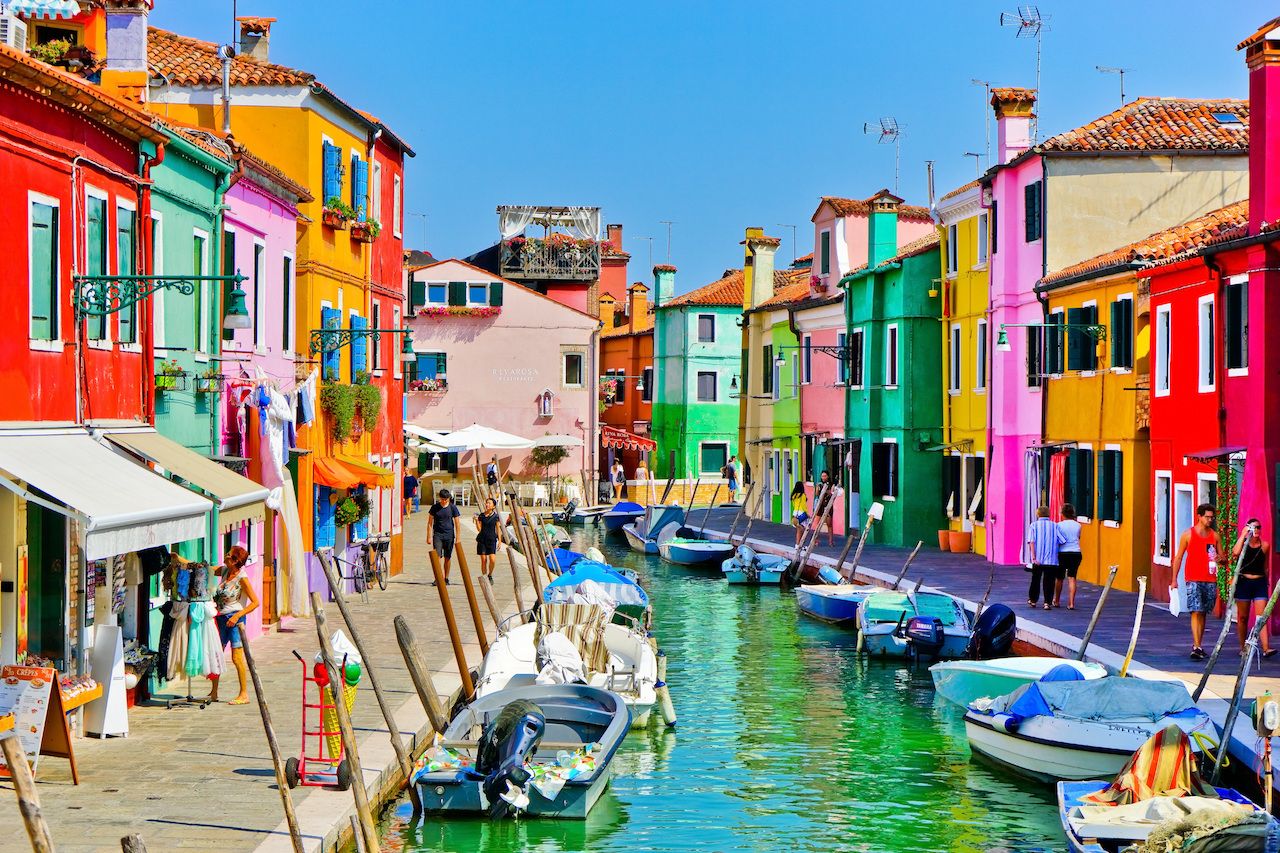 Burano is one of the best reasons to visit Venice outside of its iconic canals and historic plazas. Legend has it that the vivid homes peppering the island were painted to help resident fisherman navigate the waterways on even the greyest of days. No two paint jobs are exactly alike, each more colorful than the next, and behind several lie some of the best seafood spots around. You can visit Burano by way of an easy ferry or water taxi ride from Venice in around 45 minutes. 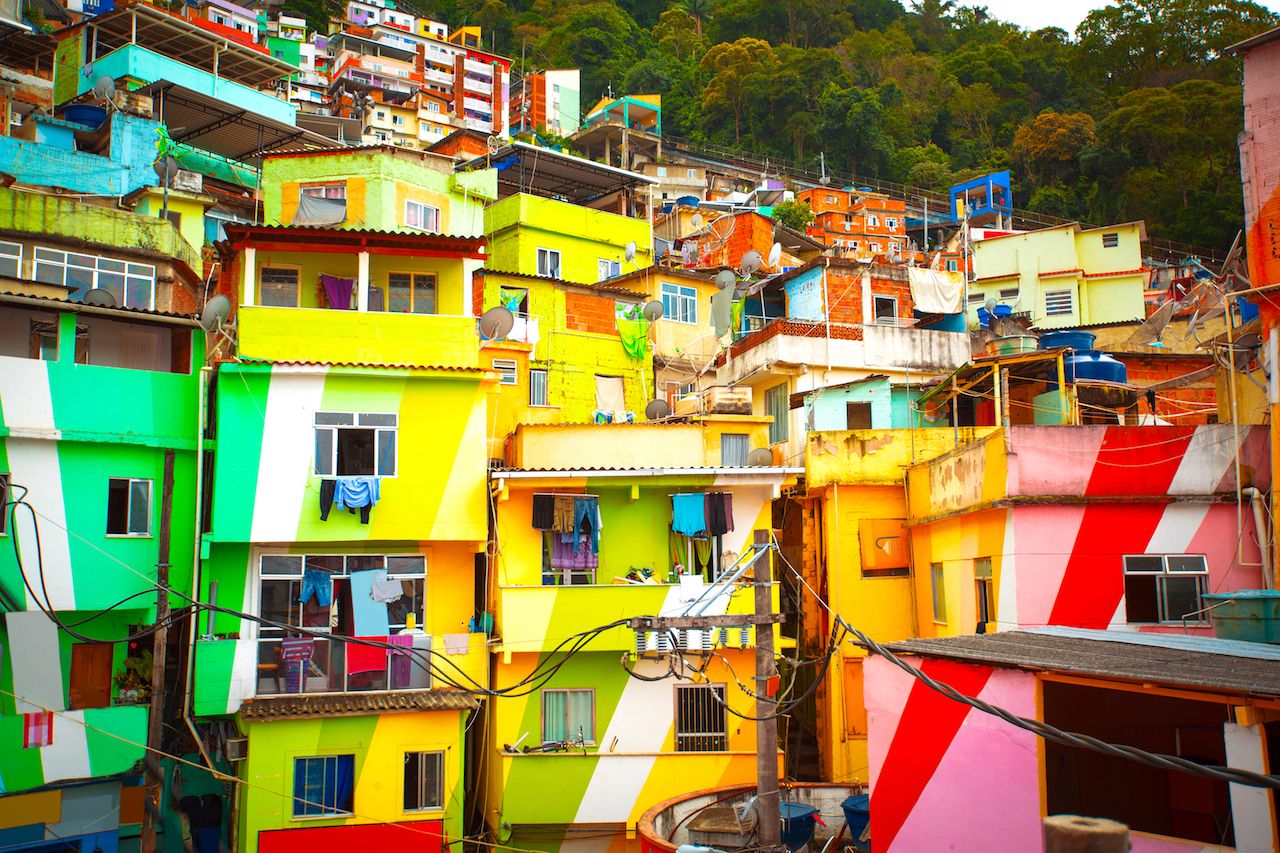 You’ll find every color on the spectrum in this hillside favela, in many cases on the facade of a single structure. Santa Marta was first made famous by Michael Jackson after part of the music video for “They Don’t Care About Us” was filmed in the neighborhood. Now known for being the first pacified favela in Rio, Santa Marta draws visitors with its vibrant coloring, which was spearheaded by two Dutch artists who transformed its dilapidated structures into works of art. It’s worth seeing up close, but you should arrange to go with a guide just to be safe. 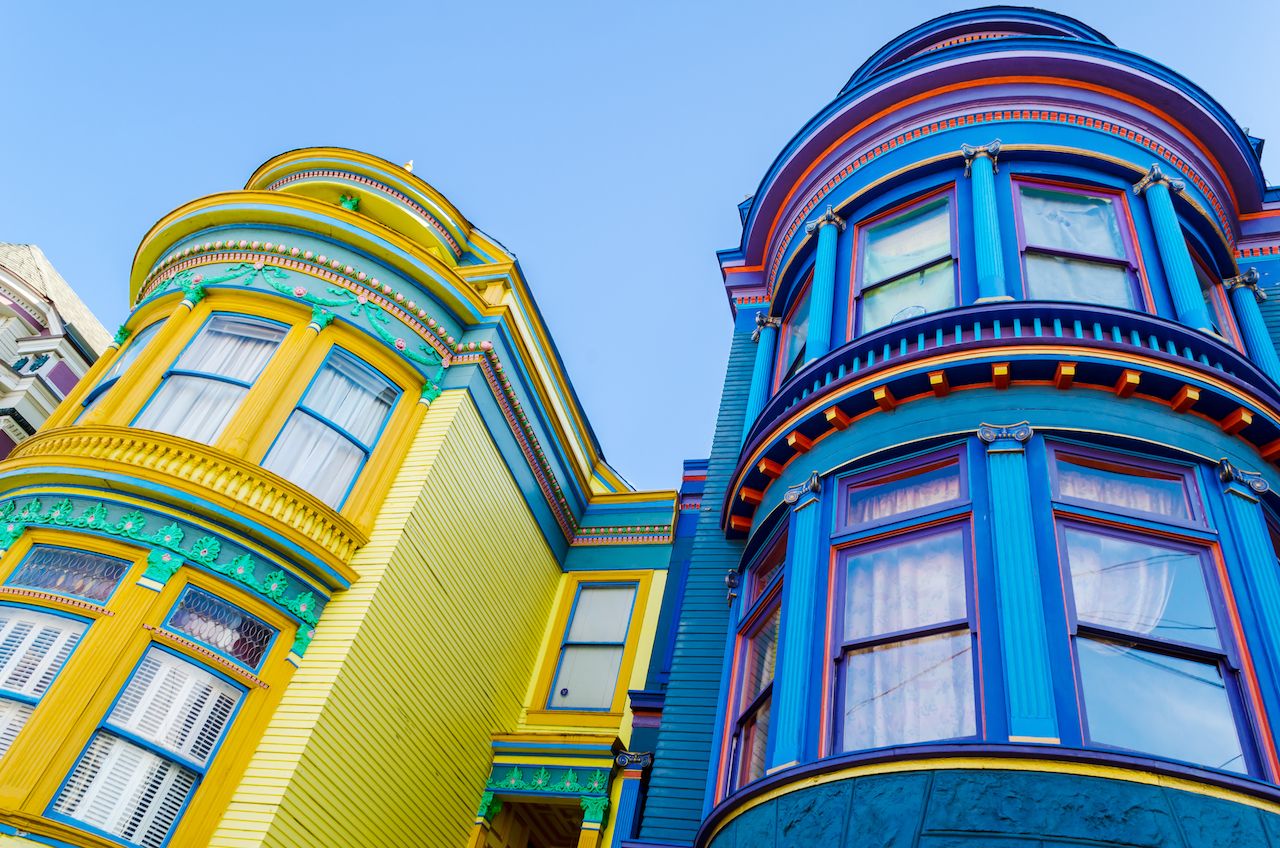 Tie-dye tapestries aren’t the only polychromatic icons of Haight Ashbury, San Francisco’s famous hippie haven. Brightly colored Edwardian and Victorian houses known locally as Painted Ladies can be found throughout the neighborhood, the best known of the bunch being a string of harlequin row houses between Steiner and Hayes Street near Alamo Square. Between gables, window and door trims, and other bright accents, several hues are represented on each Painted Lady, making the Haight one of the most colorful neighborhoods not just in SF but also the US at large. 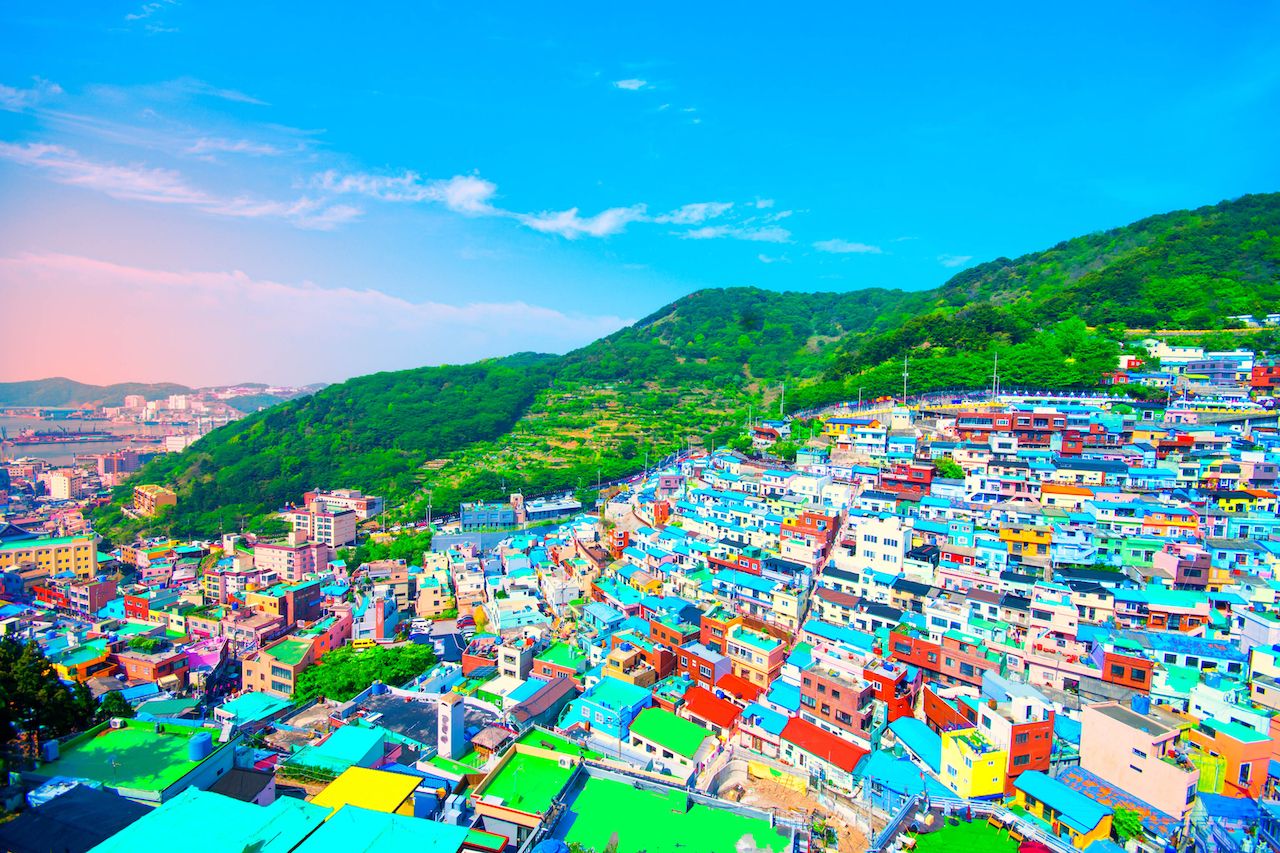 Steep, narrow streets wind through the Gamcheon Culture Village in Busan. The historical refugee neighborhood was renovated and given a fresh coat of paint in 2009 to lift local spirits, and it’s been a cultural and artistic hub on the South Korean coast ever since. Kaleidoscopic structures mingle with vibrant murals, decorating everything from alley walls to stairways. There are also tons of cafes and small art galleries to keep visitors entertained while they explore.

The 9 most colorful towns around the world you’ve never heard of
Tagged
Art + Architecture
What did you think of this story?
Meh
Good
Awesome