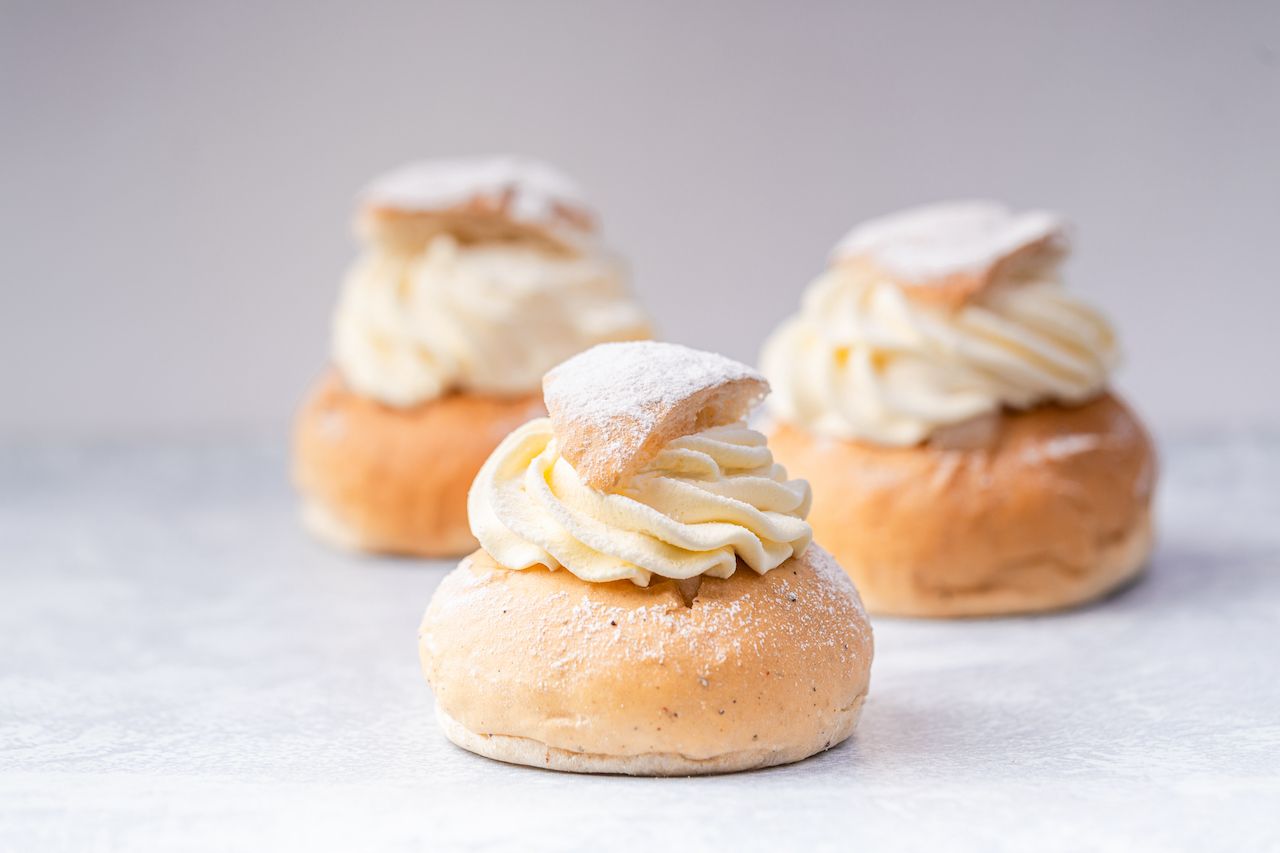 These sweet-ish rolls appear sometime after Christmas — they were originally supposed to be eaten to celebrate the end of Lent, but then everyone liked them so much they started being made on Shrove Tuesday instead, and then earlier and earlier. The base is a cardamom bun and it’s filled with a fluffy mixture of whipped cream, marzipan (almond paste), and chunks of bun left over from hollowing out the base. You perch the top back on like a little hat and then try to cram the whole thing in your mouth. They are beautiful-looking, have a subtle taste, and aren’t so sweet you can’t finish one. Perfect for a weekday fika.

When I first moved here, I was suspicious of tube cheese. It comes in a variety of flavors, including “shrimp” and “blue cheese”, and has a consistency that most people associate with Velveeta. But the stuff is surprisingly tasty and makes a fantastic snack with some knackebrod (crispbread). This is the go-to snack at Swedish preschools, which means one of the first Swedish words my daughter said to me was about squeezy cheese. 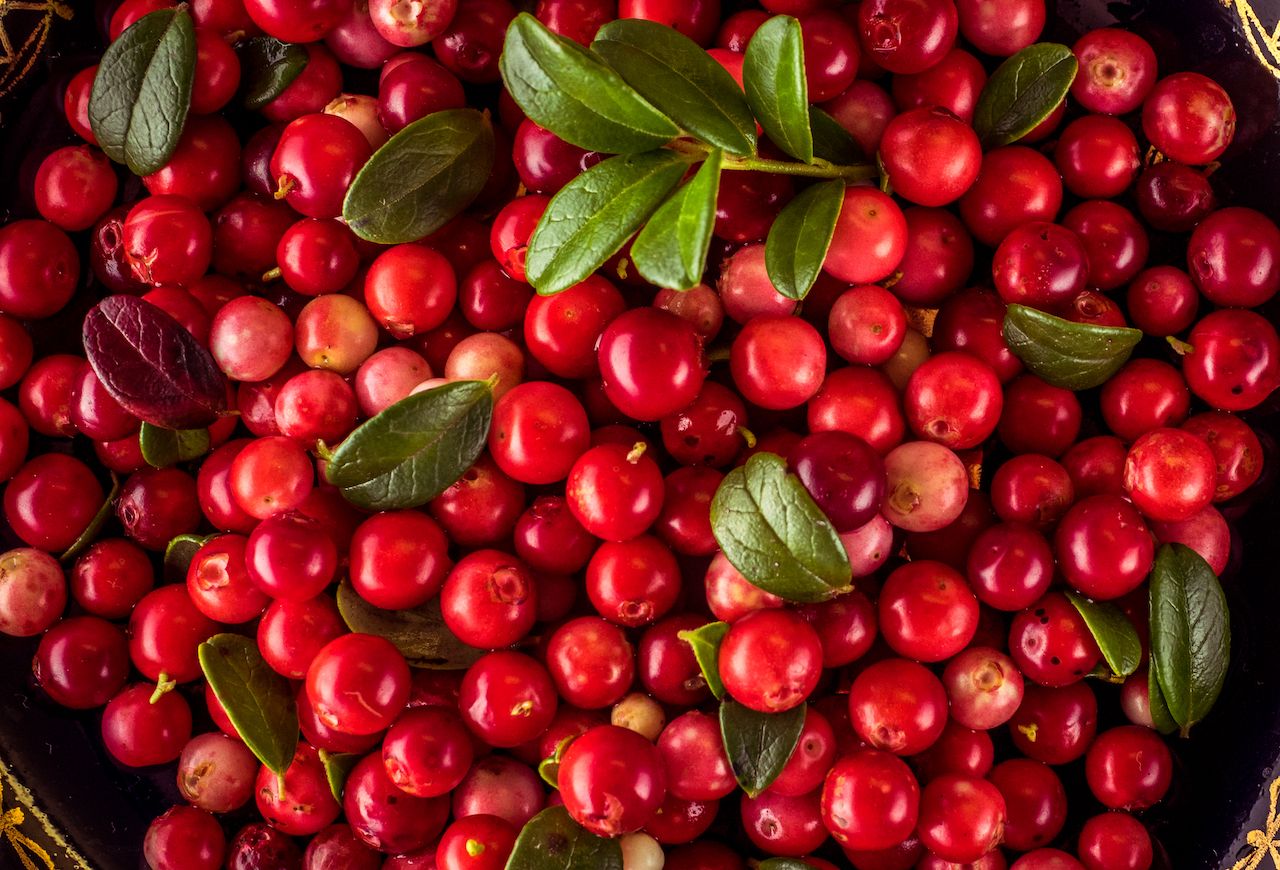 These tiny tart berries are usually only tastable outside Sweden if you live near IKEA. I first developed a yen for them when I was pregnant, and their sweet sourness was exactly what I wanted. But my love for lingonberries has only grown, and I am always happy to find them in fancy restaurant dishes, or as jam for my breakfast pancakes.

While I don’t eat these because I am vegetarian, I love the idea. When I lived in Australia, it was incredibly common to find a “sausage sizzle”: a small grill set up outside a store selling sausages on buns with condiments, for about a dollar. Australia loves sausages so much they instituted “democracy sausage”, where you can buy a celebratory sausage at a polling place after you’re done casting your vote. The most common location for these sausage sizzles in Australia is outside hardware stores, whereas the most popular place in Sweden is inside Biltema, a home improvement and car parts store. A reward for your shopping experience, it is the Costco pizza of Sweden. 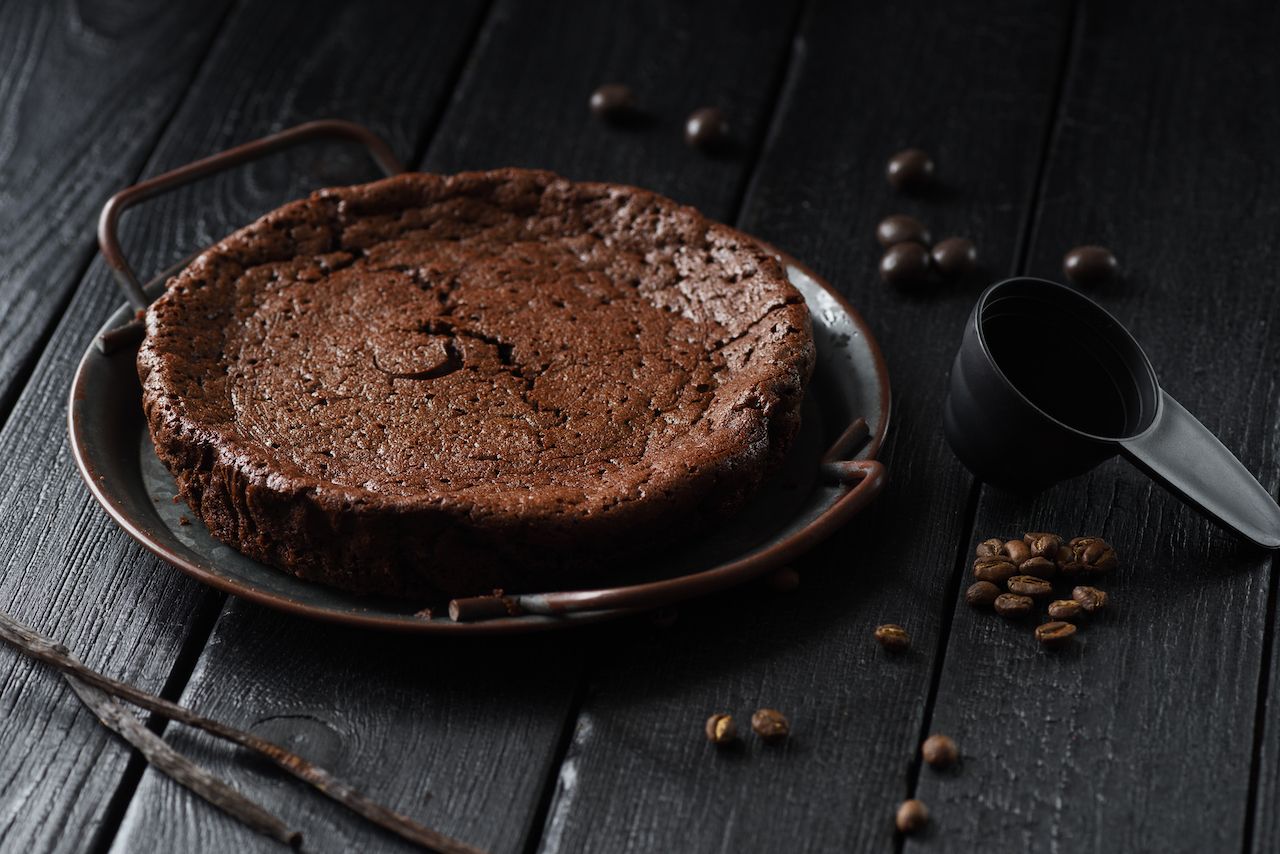 The ultimate chocolate cake, kladdkaka is almost a liquid, it’s so gooey. Dusted with icing sugar and occasionally served warm, this cake is the ultimate in chocolate decadence. You can also get it with whipped cream. I have never been able to finish an entire serving, but it’s not for lack of trying.

A Parmesan-like hard cheese with a sharp flavor, vasterbottensost is most commonly found in pie (or paj), but I like sprinkling it on pasta or to make macaroni and cheese. You can buy it in huge blocks and grate it yourself, or buy it pre-grated in bags up to 1kg. Before you think “how will I ever use a kilogram of cheese?”, trust me… you will. If you run out of dishes to put it on, you can just put it directly into your mouth. 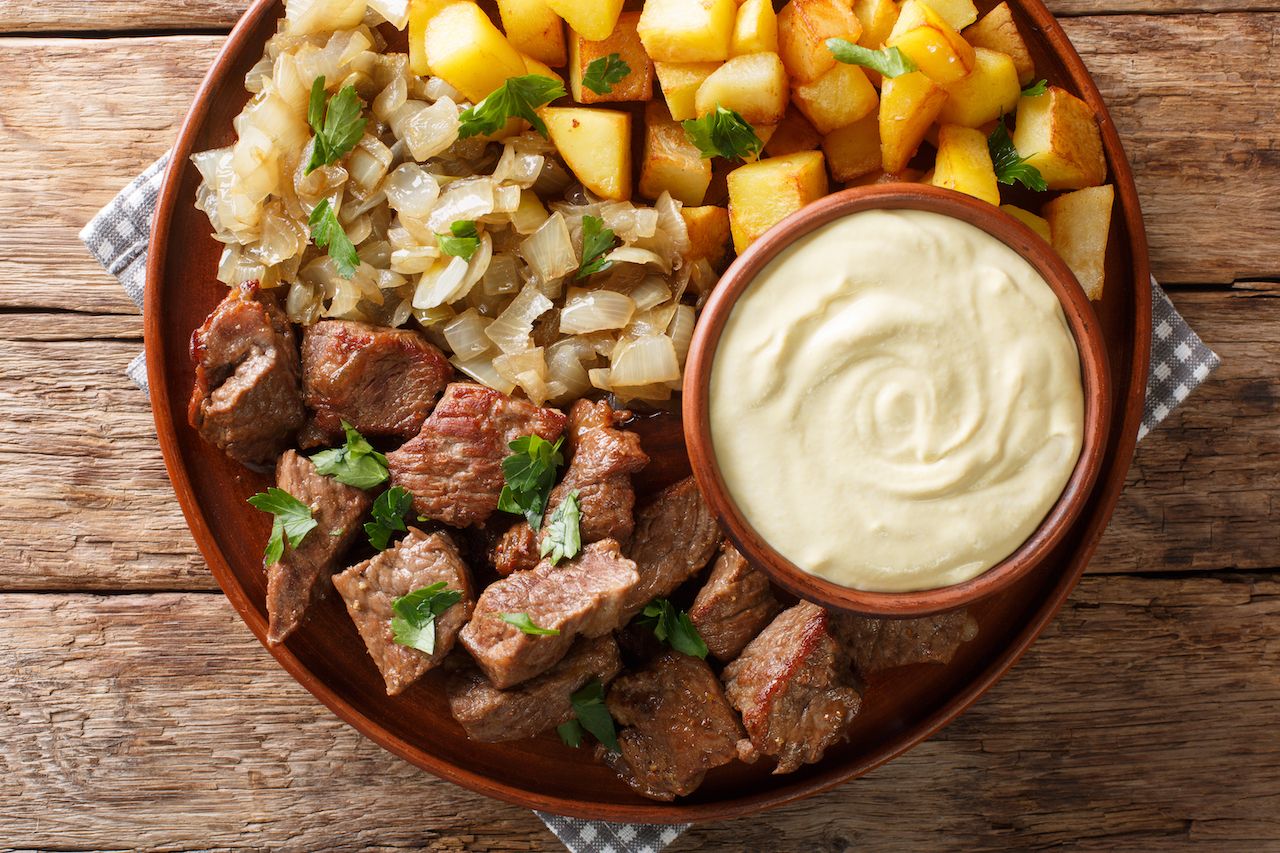 The name of this dish means “small pieces in a pan”, and that’s what it is. Usually made from potatoes and onions chopped up small — plus whatever else you have around and want to throw in there — most cultures have a version of this “hmm, what should we do with the leftovers” dish. What makes the Swedish version delicious is the preponderance of potatoes and the addition of things like capers or pickled turnip. Yum.

Swedes eat rice pudding for breakfast — you can spruce it up with nuts or dried fruit, you can put jam on it (looking at you, lingonberries), and eat it warm or cold. This is a fantastic winter day-starter, and you can make it with any kind of milk. 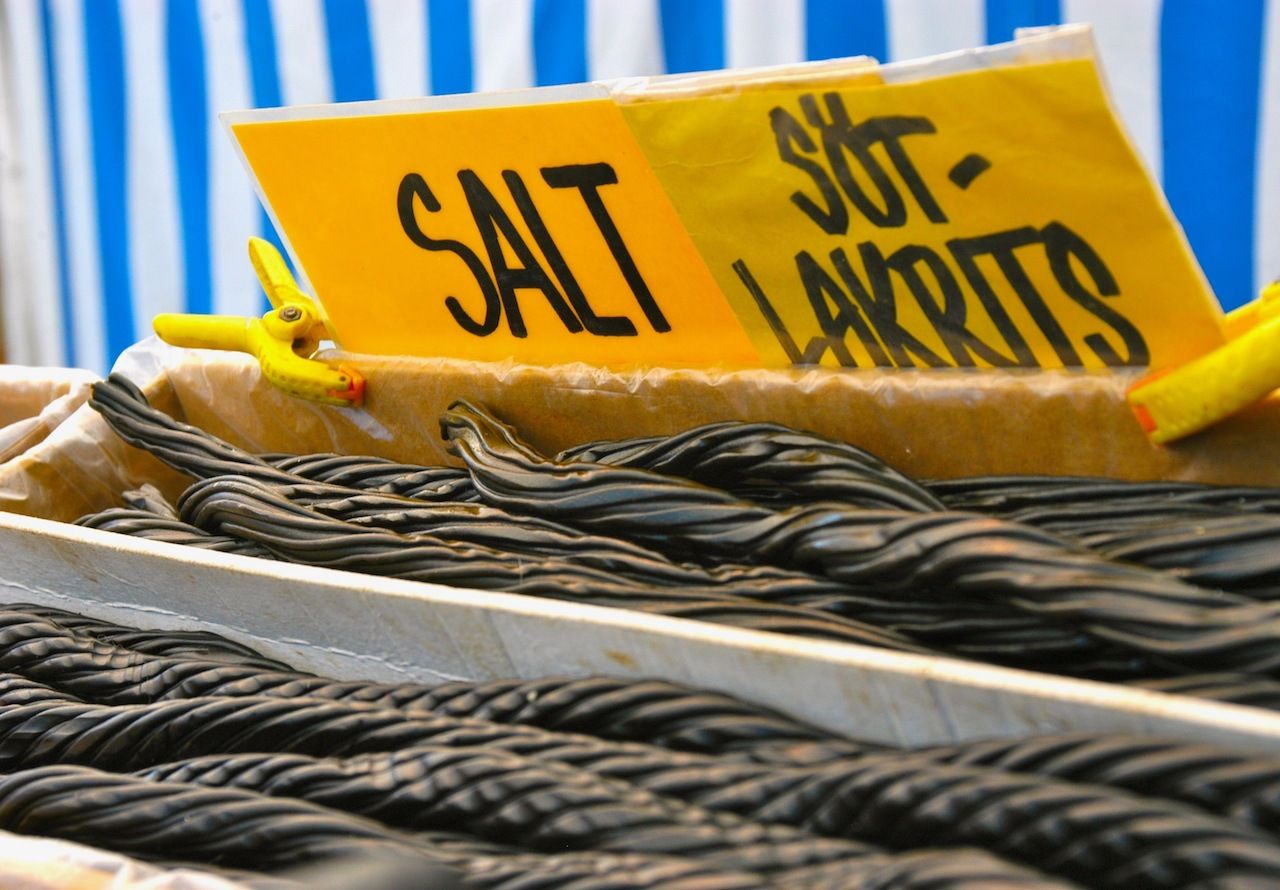 For years, I hated olives. Everyone told me “they grow on you”, so I kept tasting them even though I hated them, and everyone was right: now I like them. It’s the same with salty licorice. I didn’t like it when I moved here — although I do like black licorice — but I kept trying a few pieces from the copious quantities of pick and mix candy available in every store, and after a year or so, it grew on me. I’m hardly going to buy Supersalt anytime soon, but I’m working my way up.

And I still hate…

I just can’t help it. I like my waffles to be fluffy and with big deep divots in them to stash all my butter and syrup. The crispy waffles in Sweden are more similar to flat ice cream cones than waffles and they are not my favorite, especially if I forget where I am and get excited there are waffles on the menu. No amount of jam can cover up my sadness.

Fermented herring in a can. It rots in the tin and smells like death. I can’t even bring myself to open it, let alone try it.

Every Swedish household has a tube of Kalles. It is the thing that emigrant Swedes miss the most about their home country. Ask yourself if caviar-flavored paste the consistency of spreadable cheese, in a sort of revolting greyish-pinkish color is something you want to eat, and I will answer that question for you: it is not.

8 American Habits I Lost When I Moved To Sweden
Tagged
Food + Drink Sweden
What did you think of this story?
Meh
Good
Awesome

This Floating Library in Sweden Is Every Book Lover’s Dream

This Amazing Island in Sweden Is on Sale for Just $1.4 Million