COLORADO IS AN endless source of inspiration, full of places that have become legends both for the activities they make possible as well as their beauty. Beyond the state’s well-known hot spots for skiing and the sun-drenched patios and breweries of its capital, Colorado is full of the most incredible hidden pockets. Here are just nine amazing places in the Centennial State you’ve probably never heard of.

Eastern Colorado is a beautiful slice of the Old West, a place where open plains give way to the ranching and farming communities that make up the backbone of the state. Pawnee National Grassland has some of the best bird watching opportunities in the state — prairie chickens, lark buntings, owls, and vesper sparrows are just a few of the renowned species you might see while walking the prairie trails here. You’ll find sweet local camp spots outside of Briggsdale at the Crow Valley Recreation Area, as well as at the Steward J. Adams Education Site. 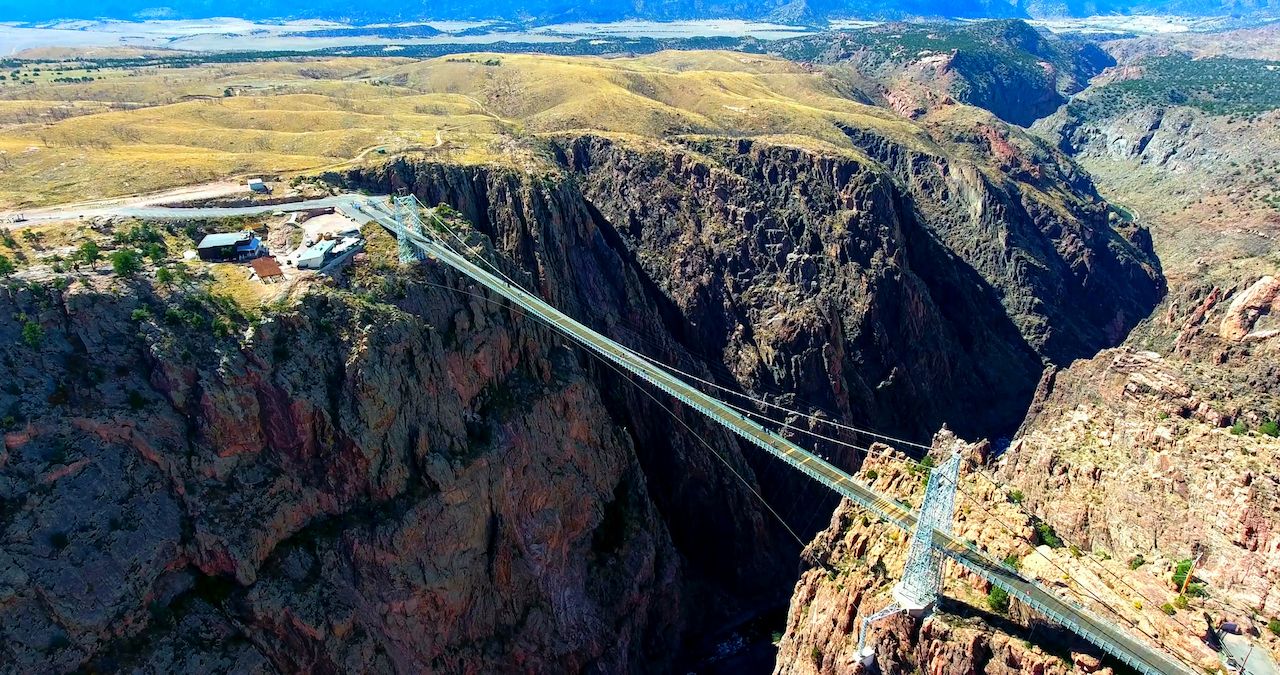 The Royal Gorge is known locally as the “Grand Canyon of the Arkansas” — the Arkansas River, that is — and sits between Salida and Cañon City off Highway 50. You can ride the gondola. You can walk the suspension bridge. You can brave the Cloudscraper Zip Line or the Royal Rush Skycoaster swing, both of which hurl you out beyond the granite walls that drop 1,250 feet to the river below. But the real action takes place on the river itself. Half-day and full-day whitewater rafting trips are offered by numerous outfitters, putting rafters on the front line of a canyon three million years in the making.

After a rockslide damaged the cable car track here back in 1990, the rails were removed but the railroad ties stayed put. The result is a massive, incredibly steep, staircase-like feature that accommodates the pounding feet of hardcore runners and hikers. You’ll climb 2,000 feet in elevation in only one mile, making this one of the country’s most challenging workouts (don’t be surprised if you cross paths with an Olympian or pro athlete).

If you’re not up for the push on your knees, there’s an alternate way down via the Barr Trail, which intersects the Incline near the top.

Towering behind Great Sand Dunes National Park and stretching 75 miles southeast from Poncha Pass, the Sangre De Cristo Range is home to many of Colorado’s most amazing peaks. Among them are nearly a dozen of the state’s “14ers” — and many more peaks topping 13,000 feet.

At the base of Crestone Peak, the tiny town of the same name (pop. 137) is the best place to get in touch with your spiritual side. Nearby is a zen center, multiple Tibetan Buddhist centers, a Hindu temple, and a variety of gatherings throughout the year. The transcendent vibe that permeates the town is undeniable. Stop at the nearby Joyful Journey Hot Springs Spa for even more bliss.

Camping in the area, or anywhere in the San Luis Valley, is a great way to connect with nature. For easy access, head to the North Crestone Creek Campground, or camp in Great Sand Dunes National Park. 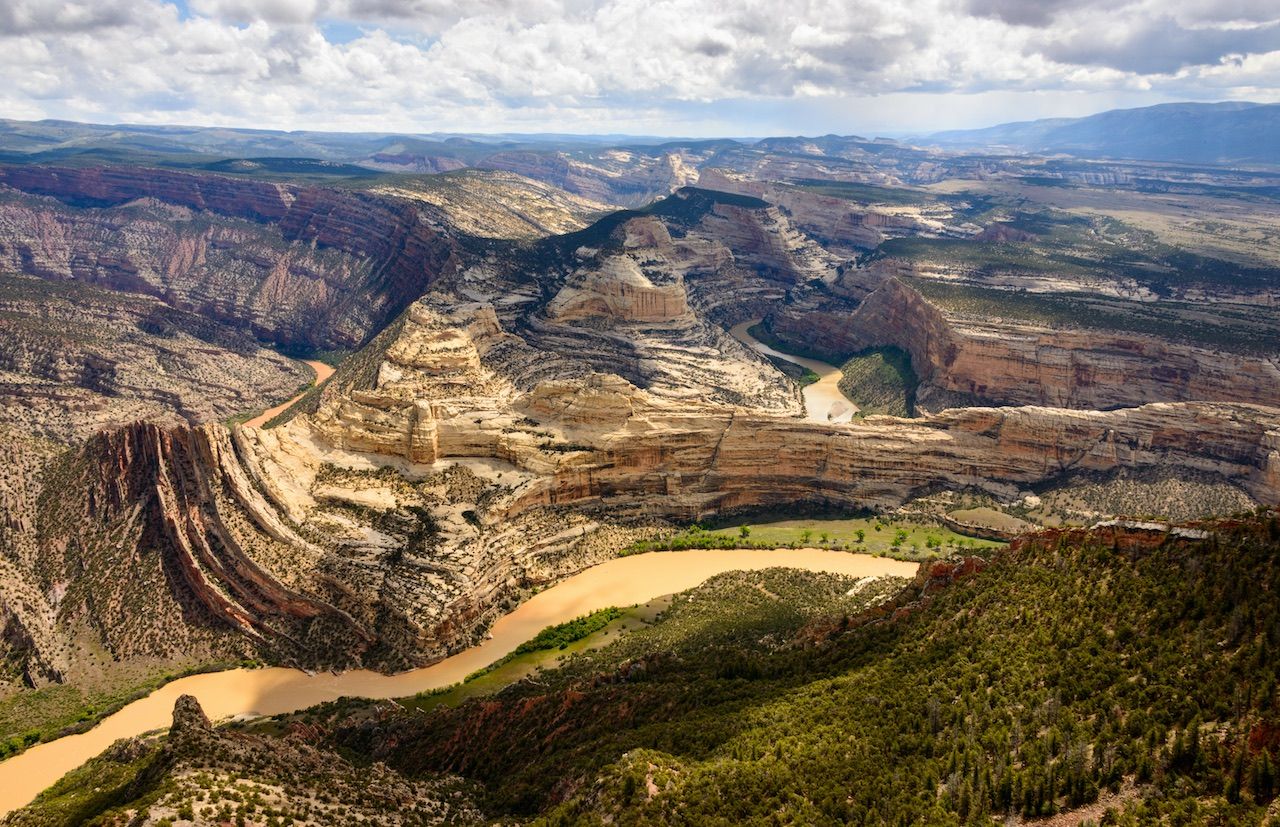 In far northwestern Colorado, the Uinta Mountains give way to vast rock land graced with dinosaur fossils and imprints blushing the stone. What’s more, in Dinosaur National Monument you’ll find petroglyphs etched into rock walls, carvings created by the Fremont people over 1,000 years ago that focus on people and the animals still common to the area — repitles, birds, and snakes.

Camp on the east side at Deerlodge Park Campground along the Yampa River. Echo Park Campground is another good option, right in the center of the national monument and with easy access to rock fields and fossils. For a hike, check out Ruple Point Trail (roughly eight miles round-trip) for the most incredible view down onto Split Mountain Gorge and the Green River below.

Among the most beautiful wilderness areas in the state is northern Colorado’s Flat Tops Wilderness. At 235,214 acres, it’s so large the area is split between Routt National Forest and White River National Forest.

Take on Flat Tops Trail Scenic Byway to wind through 82 miles of lakes, hiking trails, and mountains. Also check out the ranching town of Meeker, near the west side of the wilderness area. And make sure not to miss Trappers Lake — in the mid-1900s, it inspired Arthur Carhart to fight for the area’s protection, an effort that ultimately helped promote the wilderness movement across the United States. 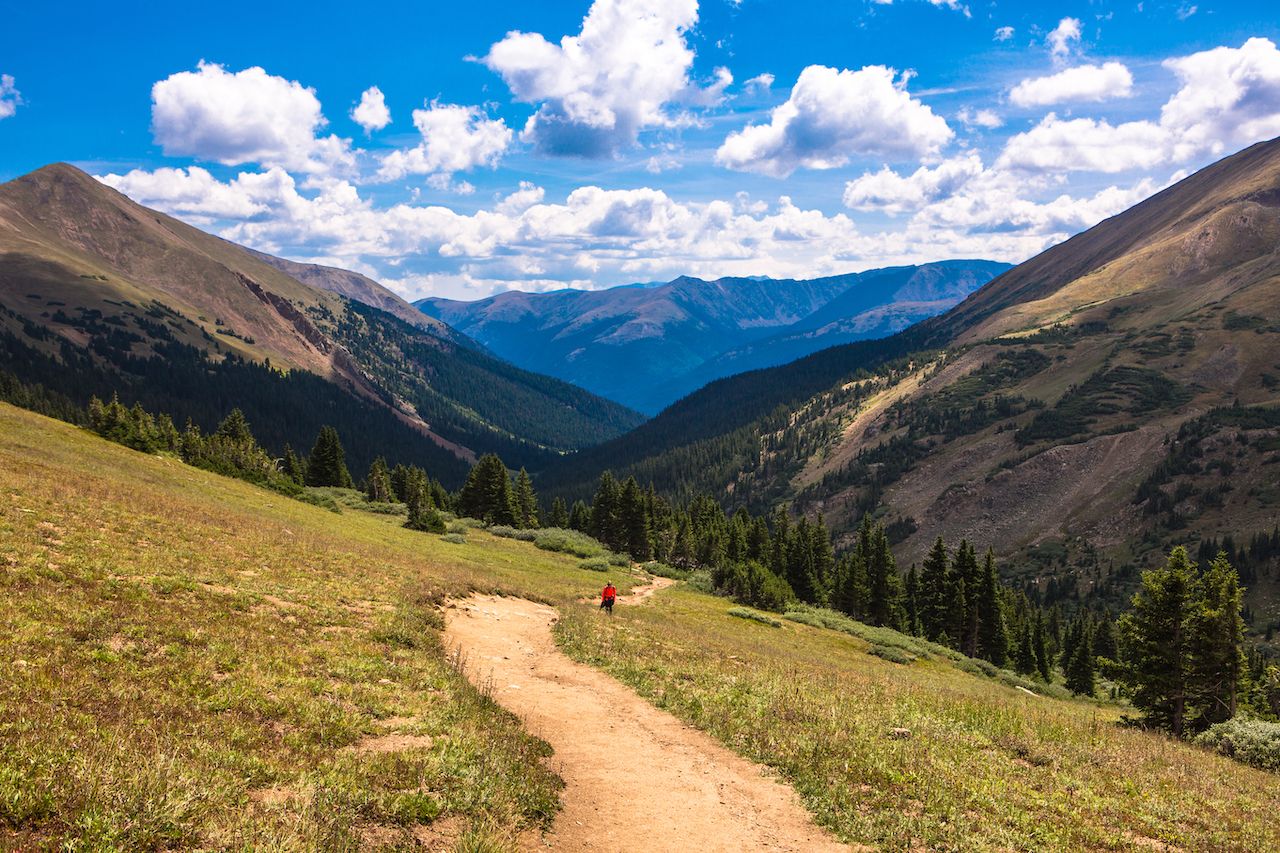 Ever felt like traveling across the state…on foot? The Colorado Trail stretches from Littleton’s Waterton Canyon (not far from Denver) southwest all the way to Durango, and covers nearly 500 miles of unpaved paths through the absolute best of the Rocky Mountains.

You’ll trek across mountain passes, camp under the stars, and resupply in small towns and truck stops along the way. The complete trip takes 4-6 weeks, but if you don’t have the time (or the desire!) to complete the whole thing, no problem — the Colorado Trail is divided into segments. Some are doable in a day or two, others require a full-on backpacking trip and a vehicle pick-up at your end point. All are breathtakingly beautiful.

Slightly south of the town of Kremmling, Radium Hot Springs must be one of the chillest hot springs destinations in Colorado. You won’t find luxury hotels or glass-lined tubs here. Nor will you encounter an entrance fee or tons of visitors. Instead — after a hike, kayak, or 4×4 ride on a pretty rough road — you’ll be met with a naturally warm pool right on the banks of the Colorado River, perfect for that refreshing post-dip. Sometimes, the stripped-down version of an amenity really is best.

9. Garden of the Gods

Sandstone rock towers top 300 feet in height. Fifteen miles of hiking trails surround the rock formations, with active wildlife and views of Rampart Range and the 14,115-foot Pikes Peak in the background. If you’re into climbing, this is your spot. Head out on a guided trip, or register with the park to explore on your own.

You’ll also want to bring your mountain bike to Garden of the Gods, which has fun trails for both beginners and advanced riders. While you ride, you might just spot a red-tailed hawk or prairie falcon soaring between the rocks.

This post is proudly produced in partnership with the Colorado Tourism Office.
Tagged
Outdoor National Parks Insider Guides Colorado, United States
What did you think of this story?
Meh
Good
Awesome