Maybe you’re the person who presses “door close” to avoid elevator small talk, or you’re just burned out by the constant cacophony of 21st-century society. Either way, a silent retreat could be just what you need. 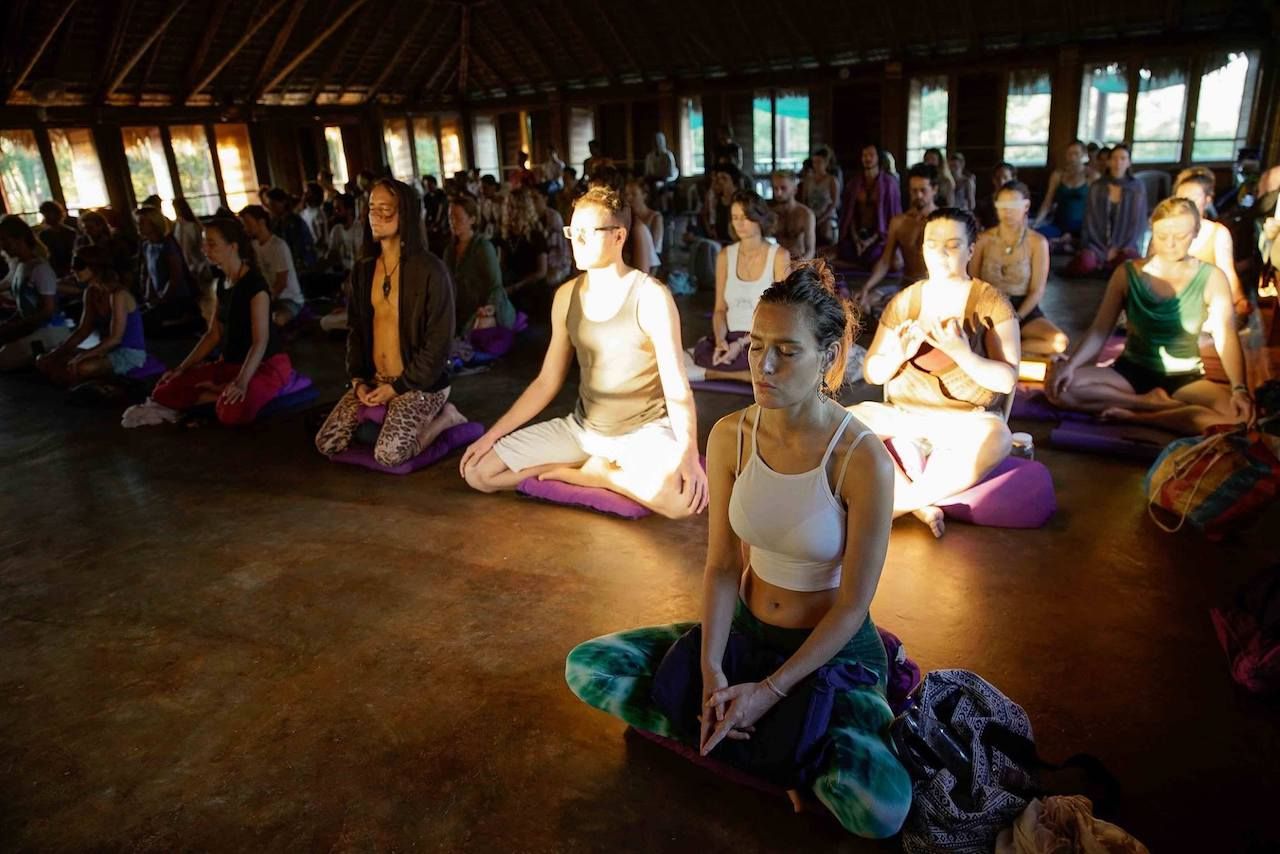 If you’re looking for something hardcore, try Hridaya Yoga. It has locations worldwide, but its headquarters are located in Oaxaca, Mexico. Here you can take a yoga workshop, learn how to meditate, or even take class in Tantric lovemaking. If you really want to get serious about silence though, sign up for their 17-day silent retreat. But be warned, besides no talking, you must refrain from sex, reading books, or even making eye contact with other people. For those who have fantasized about being sent to a solitary island, this is for you. They also offer three-day silent retreats for those not ready to make such a huge commitment. 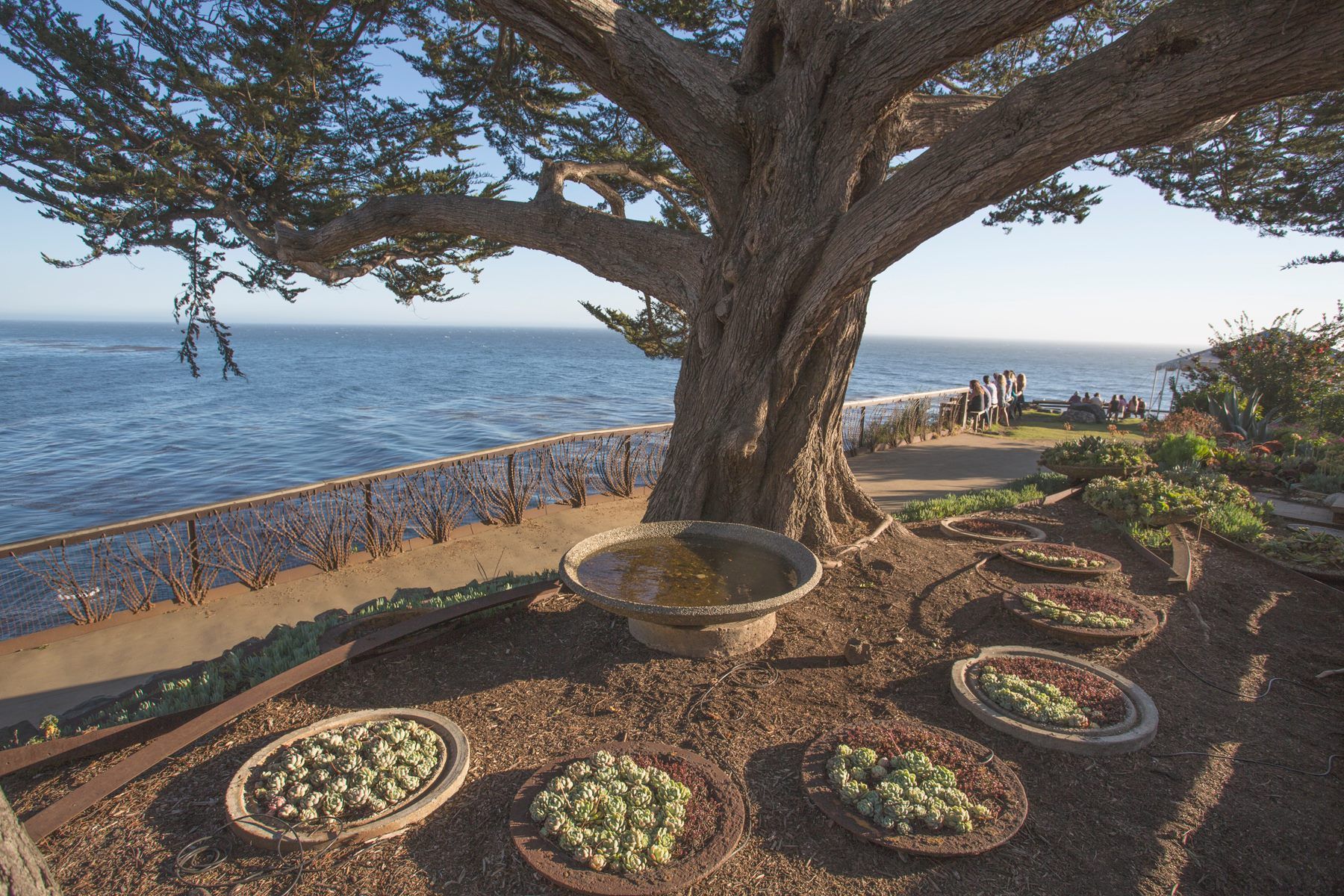 If you’re going to try a silent retreat, you might as well try one at one of the oldest and most established retreat centers in the United States. Located on 27 acres overlooking the Pacific Ocean, Esalen Institute was founded in 1962 as a pioneer in the “human potential” movement that grew out of the ‘60s counterculture. It offers weekend workshops like Mindfulness in Deep Relationship: Savoring the Sources of Nourishment or the five-day Heart to Heart: 5Rhythms® Heartbeat and Buddhist Heart Practice, which both incorporate silence for extended periods. The center adds new workshops regularly, so check often if you want to get your STFU on with one of the OGs of the biz. 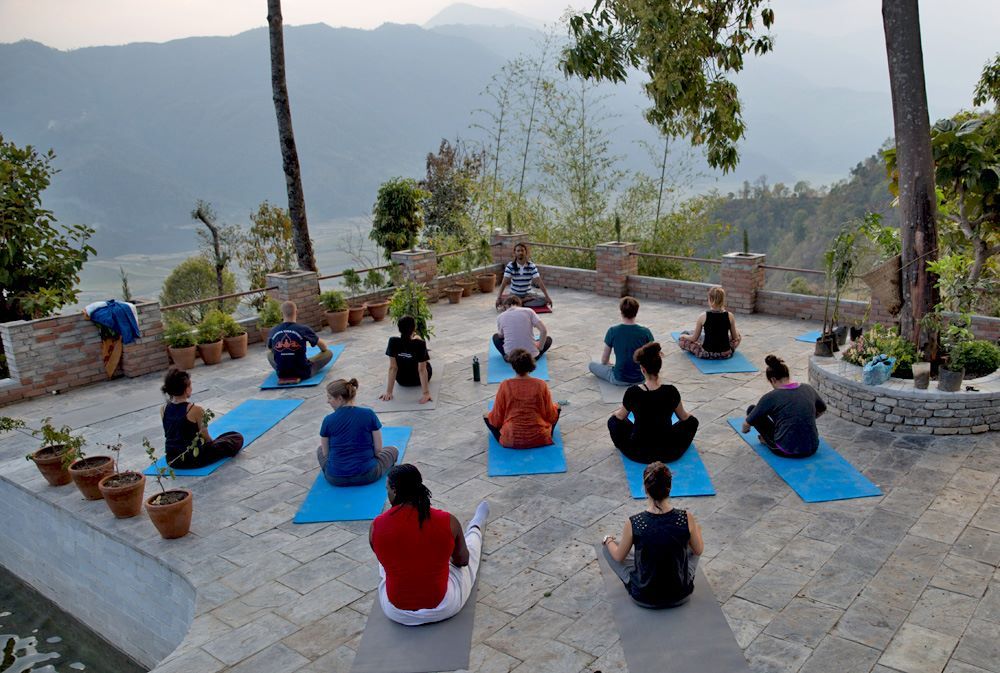 Sadhana Yoga Retreat is located near a small village outside Nepal’s second-largest city of Pokhara. This lakeside sanctuary with views of the Himalayas offers a 5-day silent yoga retreat that includes extended meditation, breathwork, and yogic cleansing. The center also offers several other yoga-themed workshops, from yoga and cooking to several-day treks across the Nepali countryside. Perfect for relaxing after you’ve scaled Mount Everest. 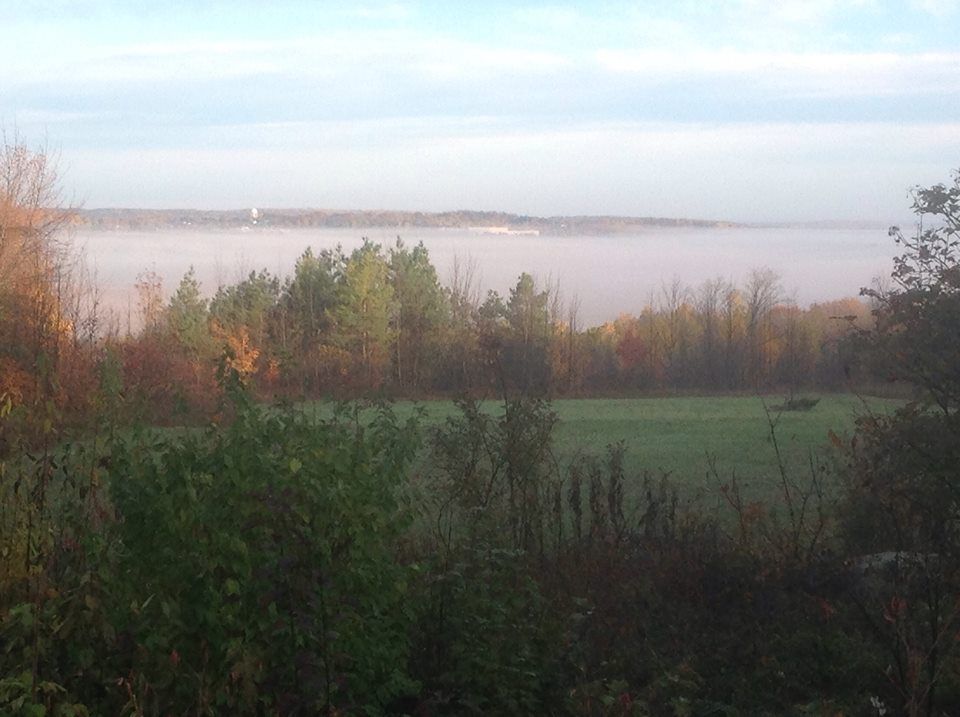 About 95 miles north of Toronto, you’ll find Sugar Ridge Retreat Centre surrounded by 150 acres of forest, hills, and you know, nature. Popular with artists and writers who come to work without distractions, Sugar Ridge also offers 5- to 7-night Silent Yoga and Meditation Retreats. If you’re not feeling the group vibe, you can design an Individual Retreat and follow your own path, whether it’s solo meditation or just sleeping late and taking walks in the woods. Owner and chef Liz Frost can arrange your meal times to minimize interaction with other people. And if that weren’t incentive enough, at Sugar Ridge you can also buy maple syrup produced by the on-site maple trees. No interpersonal contact and fresh maple syrup? Win-win.

Five-night group retreat starts at $1,197; seven-night stay starts at $1,497; individual retreats start at $149 per night, depending on length of stay. 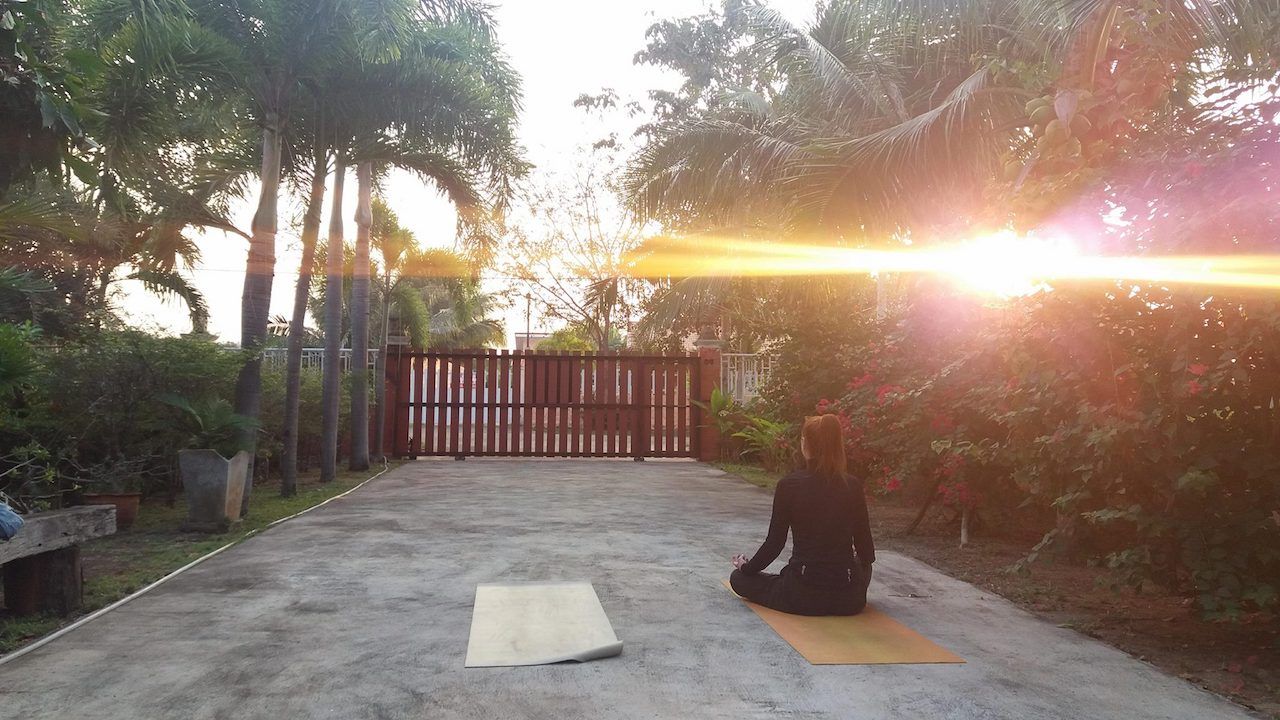 If you find yourself in Thailand with the backpackers’ blues, make your way to Zen House Yoga & Meditation Garden, near Hua Hin, about 150 miles southwest of Bangkok, where you can enjoy a restorative 2-day Silent Retreat. Zen House is surrounded by mango trees and pineapple fields and close to the beach. It opened in 2013 to provide “a safe environment for holistic practices and keeping a simplicity of life for bliss.” Meditate in the garden or under the Buddha statues. Space is limited to an intimate 12 people at any one time and accommodations range from a tent under the palms to an air-conditioned room with a king-sized bed. 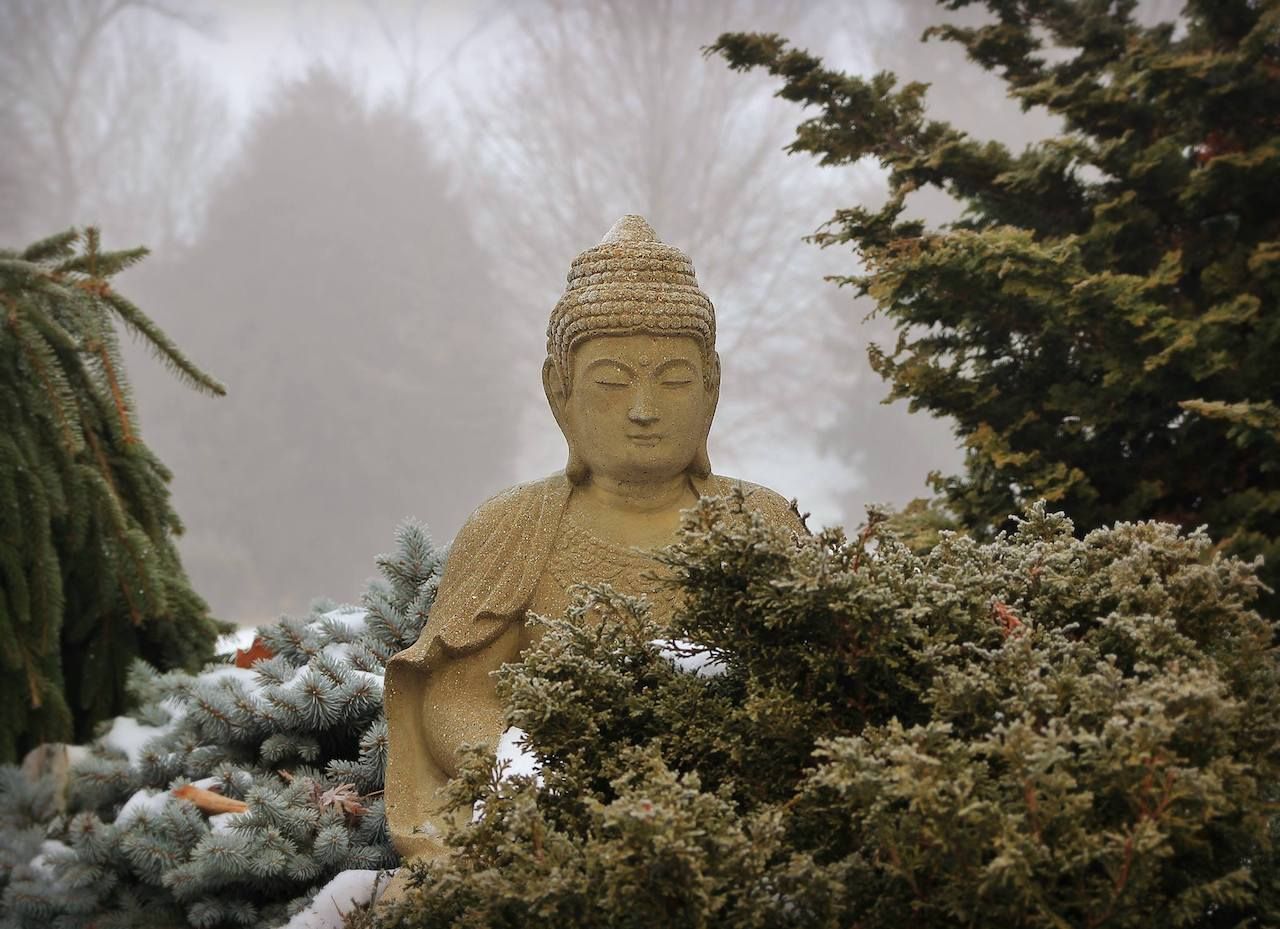 If Buddha is your boy, head to Barre, Massachusetts, about 25 miles northwest of Worcester, where you’ll find Insight Meditation Society. Insight’s programs incorporate the “Theravada Buddhist teachings of ethics, concentration and wisdom.” But don’t worry, everyone is welcome, so you can still partake if you’re not actually Buddhist. Insight offers multi-day retreats at its main center located within a former Catholic convent, or more intense, secluded experiences at its Forest Refuge in the surrounding woods. Participants can apply for retreats that last a minimum of seven nights or for some serious silence, up to a year or longer.

$280-$1980 depending on program. Insight also offers a sliding scale based on income and scholarships. 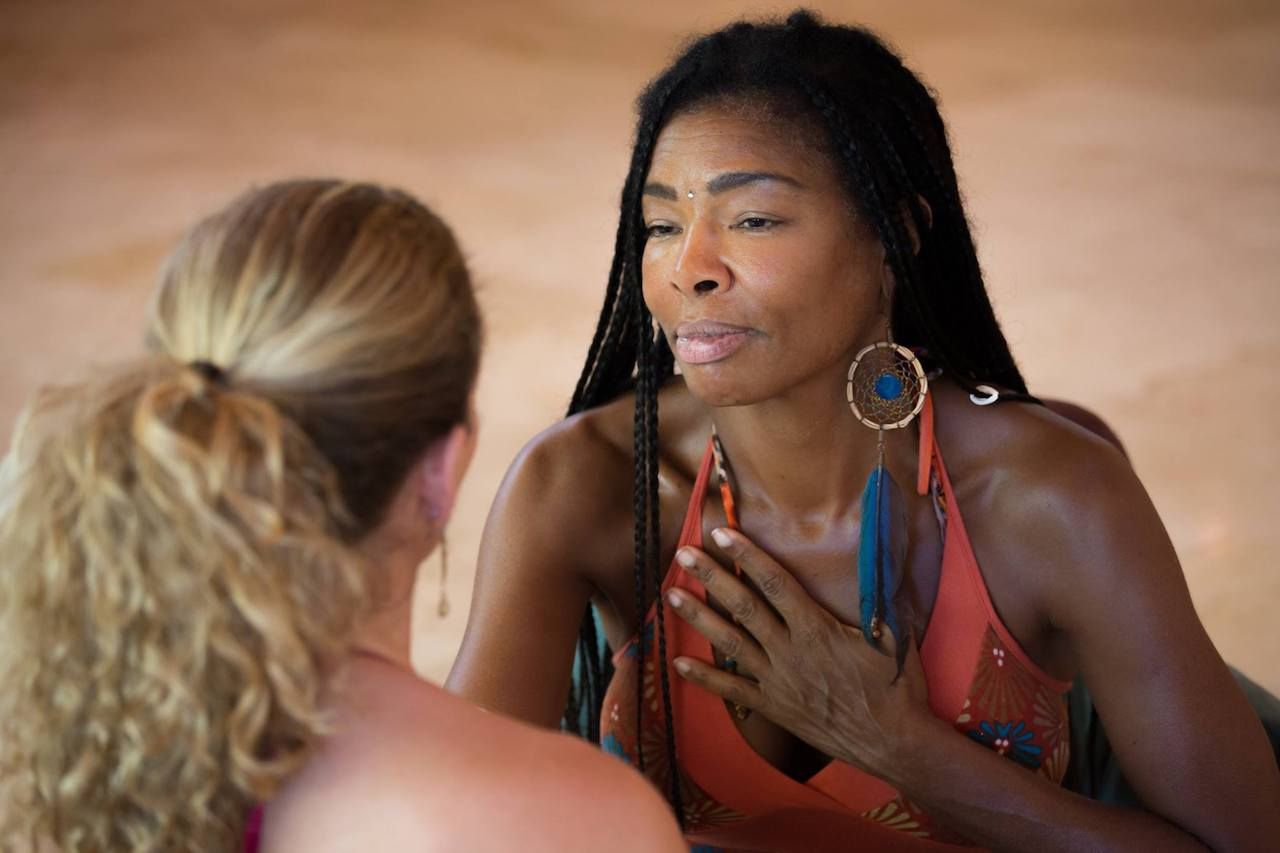 If you’d like to embrace your inner hippie in an “alternative off-grid village,” yet still be able to upload baby sloth photos to Instagram (they have wifi), check out PachaMama in Guanacaste, Costa Rica. Founded in 1999 as an ecological and spiritual community to foster “self-acceptance and expansion of consciousness,” PachaMama offers meditation, yoga, detox and healing workshops. Every evening, the entire community comes together for a 45-minute Silent Sitting to ‘detox the mind’. They also offer five-night Silent Retreats and four-night High Vibe Silent Retreats, which include yoga, movement meditations, and a special light vegetarian menu.

$20-$150 per night, depending on accommodations and season. Meals $8-$12. Special workshops and classes not included. 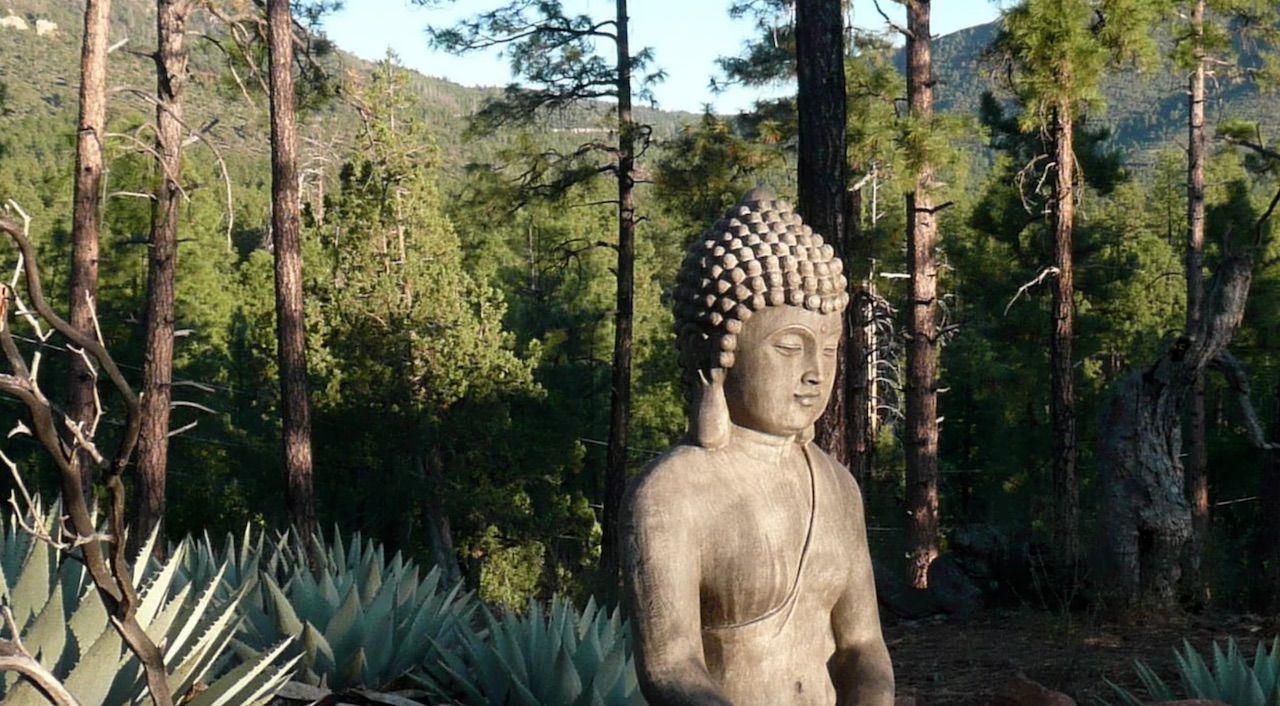 Sedona, Arizona, bills itself as the New Age Capital of the World, so it stands to reason you might find a silent retreat or two there. Awakening Spirit, located in the forests between Sedona and Phoenix, offers affordable Silent Yoga Retreats for three, four, and seven nights. They specialize in Personal Retreats, where you can practice solo yoga, indulge in self-guided healing rituals, or go on a self-guided spiritual journey that can include hiking the surrounding red rocks or fasting in your cabin. Basically, you escape to a cabin in the woods by yourself. There’s no one to talk to even if you wanted to.

Personal Retreat: $100 per week booking fee, plus suggested cabin contribution of $200-$500 per week. 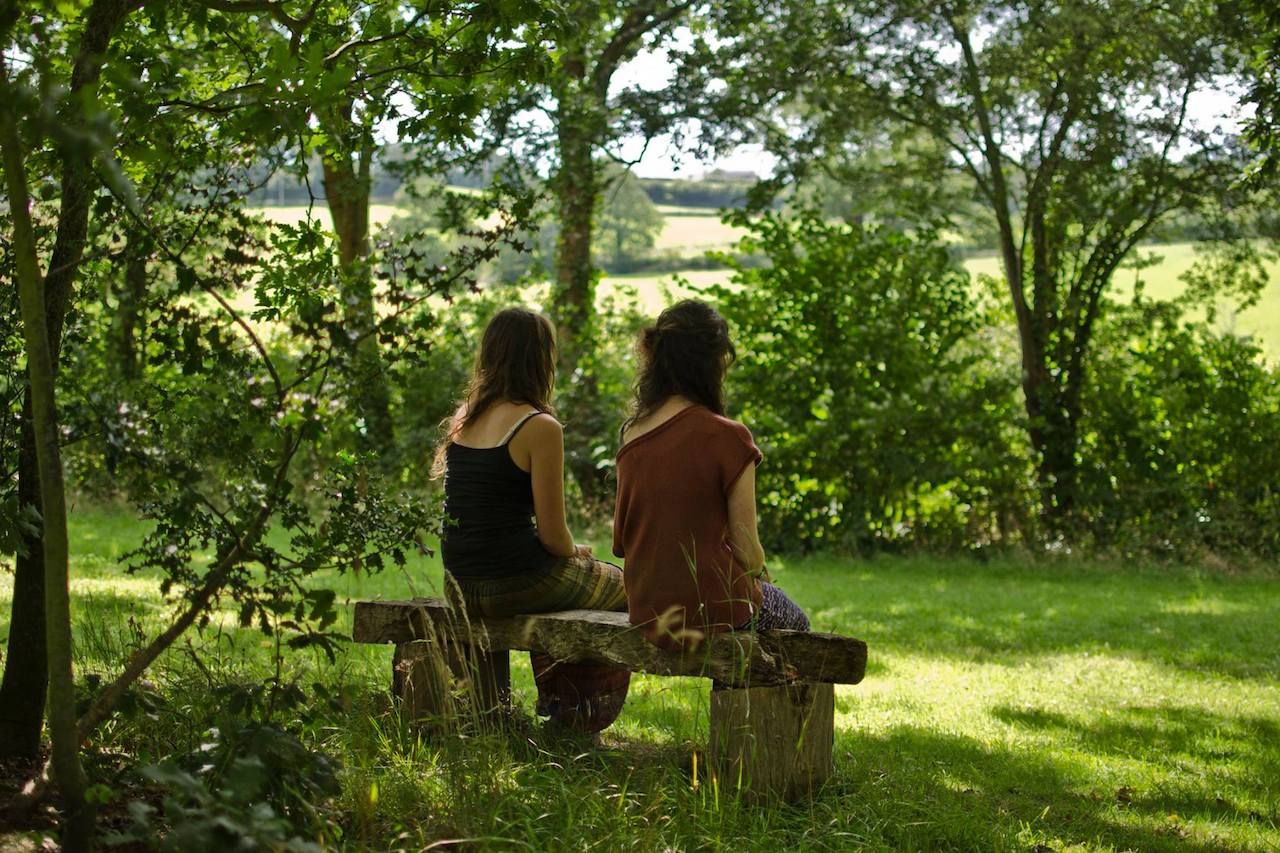 If you’d like to contemplate history while you’re silently retreating, try Gaia House in Devon, England. The original manor house was built in the 1500s and restored circa 1790 after falling into disrepair. It had been slated for use as a medical and rehab center during WWI (although it never was used as such) and became a Diocesan house after the war. During WWII, the building served as a safe haven for children evacuating London during the Blitz and then became a convent. It’s now used as a Vipassana retreat center where you can learn to meditate at their weekly classes, take part in a one-day silent retreat, or go all in with one of their two-, three-, five- or nine-night group retreats. Gaia House also offers the option of a personal retreat you can tailor to your needs, with lengths of two nights to three months or more.