With the nation’s capital just across its eastern border, Virginia’s Fairfax County is obviously influenced by its powerful neighbor. That much you’d figure. But what I didn’t realize until I visited is that Fairfax has fully differentiated itself — you’ll find a completely unique set of experiences here, compared to those of DC.

So the next time you’re in the area, make sure you have some quality time set aside for this Mid-Atlantic hot spot. If you don’t, here’s what you’ll be missing.

1. Some of the country’s most influential Founding Fathers made their homes here, and you can walk in their footsteps.

2. Here, you can buy juuuuuust about anything in one place. 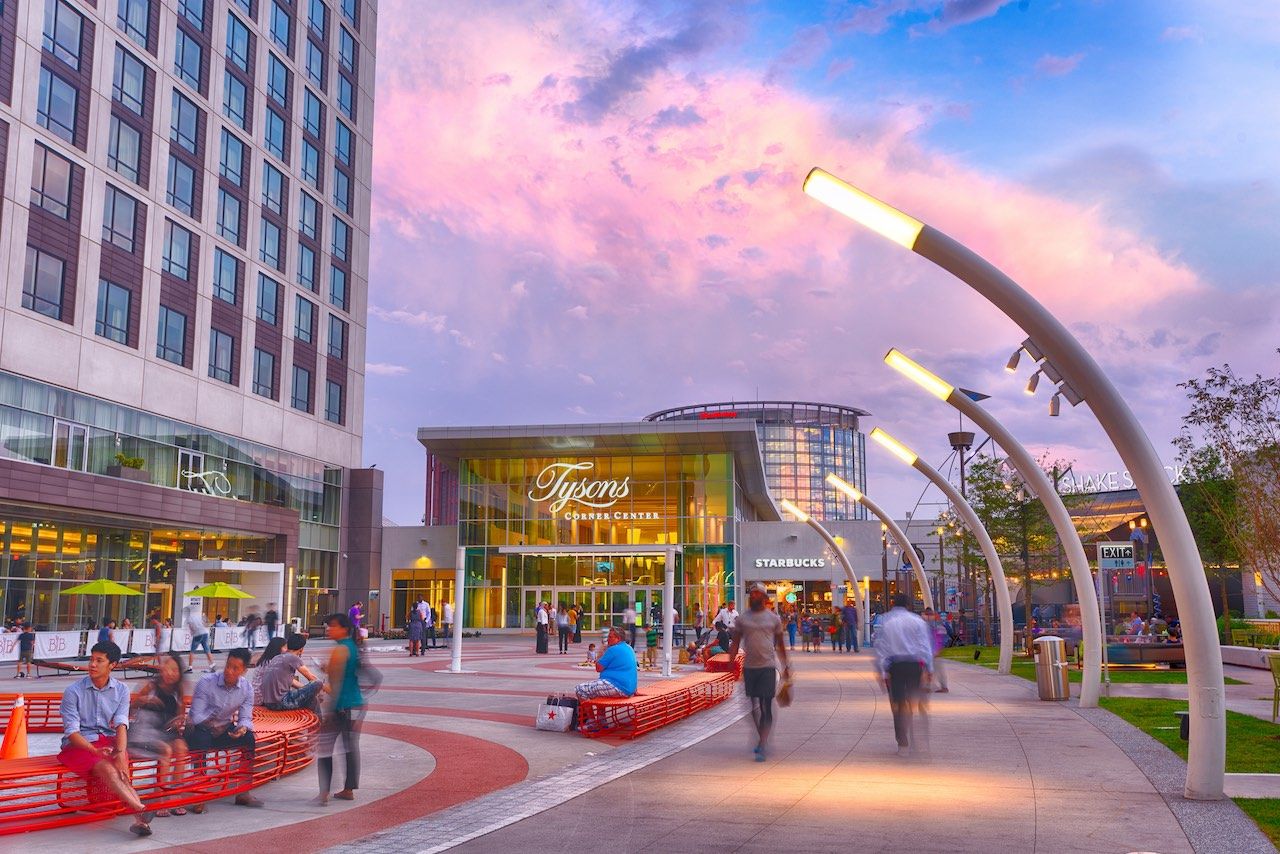 Need backcountry gear, an American Girl doll, a car, or a Tiffany necklace? Head to 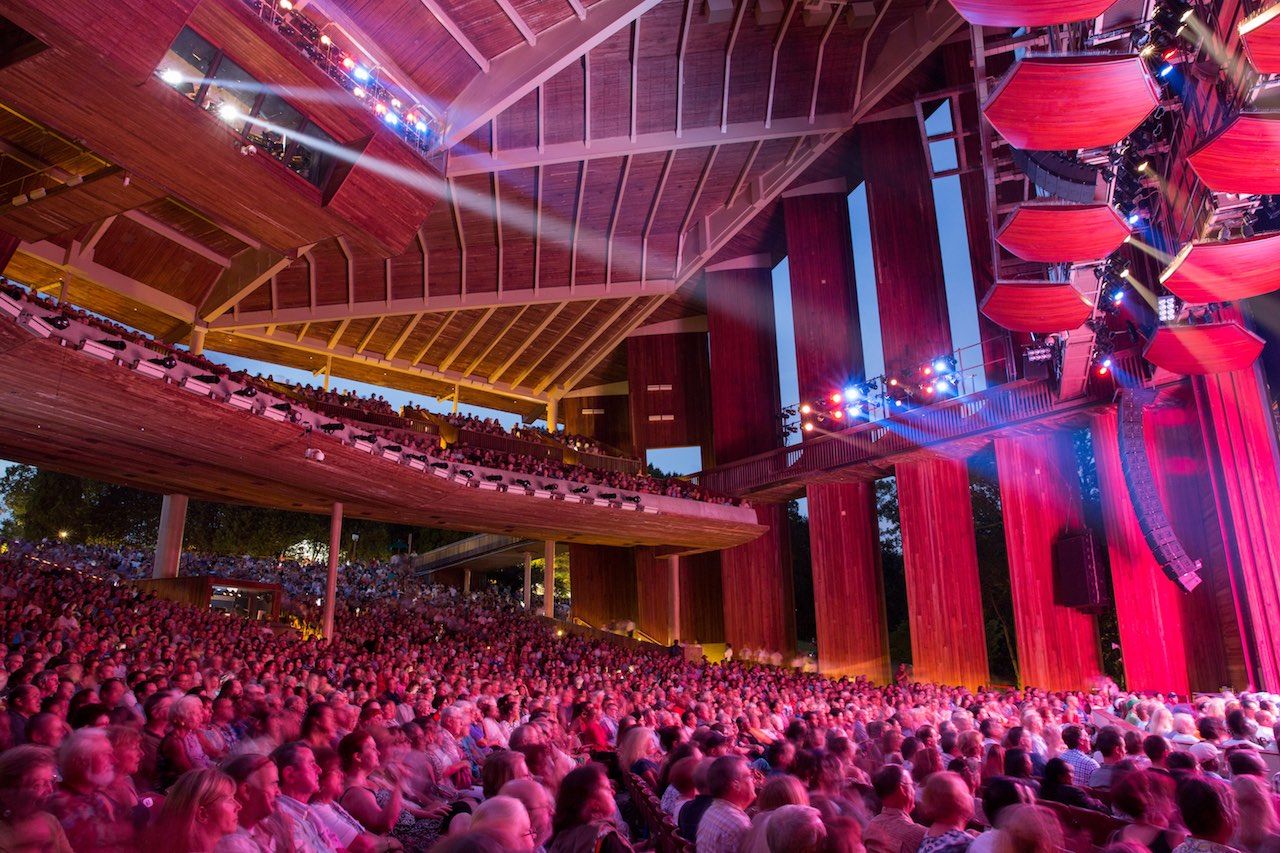 Even if you can’t get tickets, go anyway — park rangers lead seasonal backstage tours of the facilities (from October to April), and the site has two trails that meander through northern Fairfax County’s woods and wetlands.

4. You’ll never have to eat the same thing twice — though you’ll definitely want to. 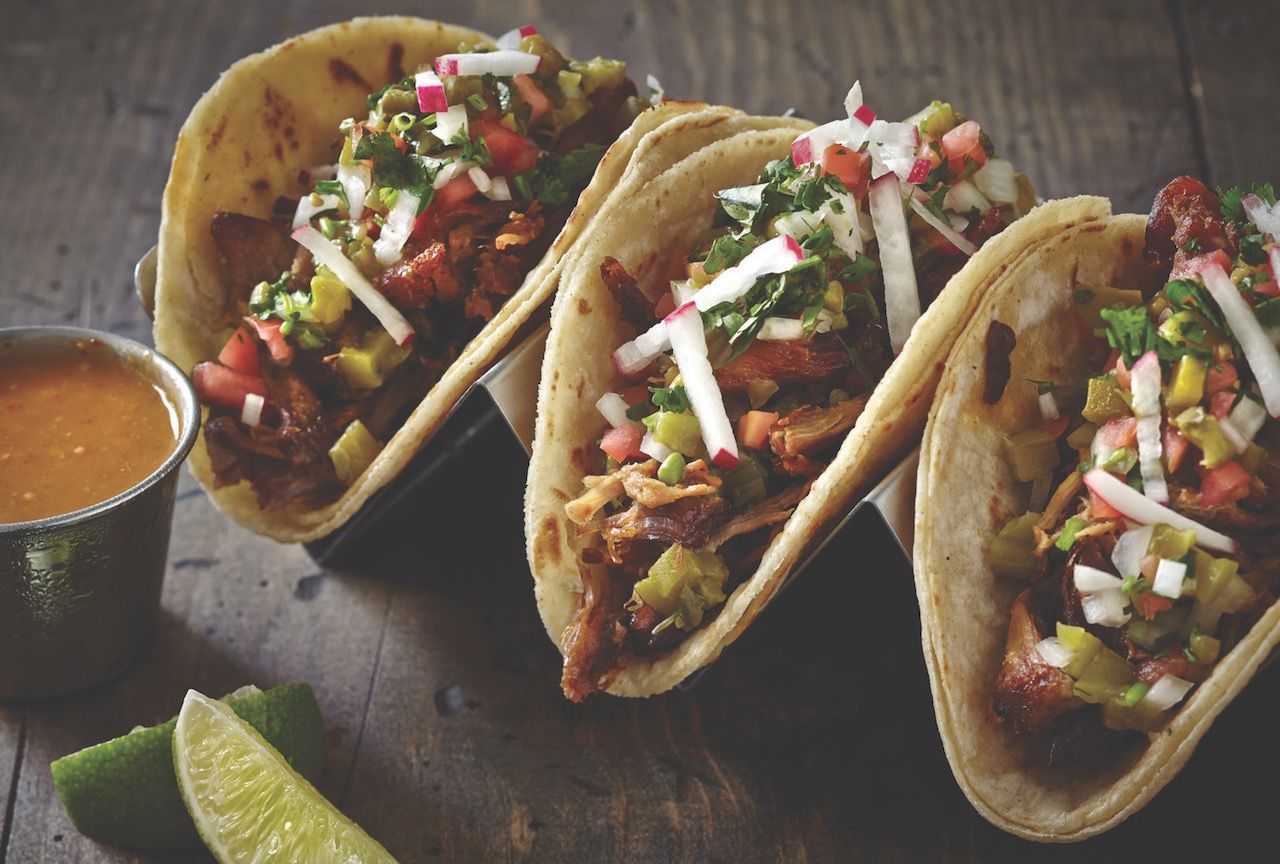 Fairfax County’s proximity to DC has attracted people from all over the world, and luckily for everyone else, they’ve brought their Peruvian chicken, Szechuan stir-fry, French pastries, Yemeni lamb, and Brazilian steak with them. And don’t assume that a simple exterior means a bland menu — in Chantilly,

On the Potomac River between Great Falls, Virginia, and Potomac, Maryland, large rocky islands and a dramatic fall line combine to create an immense natural wonder you won’t believe exists within minutes of DC. As the river approaches the city, the water drops 77 feet in less than a mile, its channel narrowing at Mathers Gorge, at the base of the falls. The result is an eye-popping cascade of rapids and whitewater.

6. You can learn how to blow glass in a former prison.

From 1910 to 2001, the Lorton Correctional Complex housed prisoners, juvenile delinquents, and even suffragists — in 1917, 72 members of the Women’s National Party were imprisoned here after picketing for the right to vote at the White House. Today, the

7. A well-developed rail-trail runs right through the heart of it all. 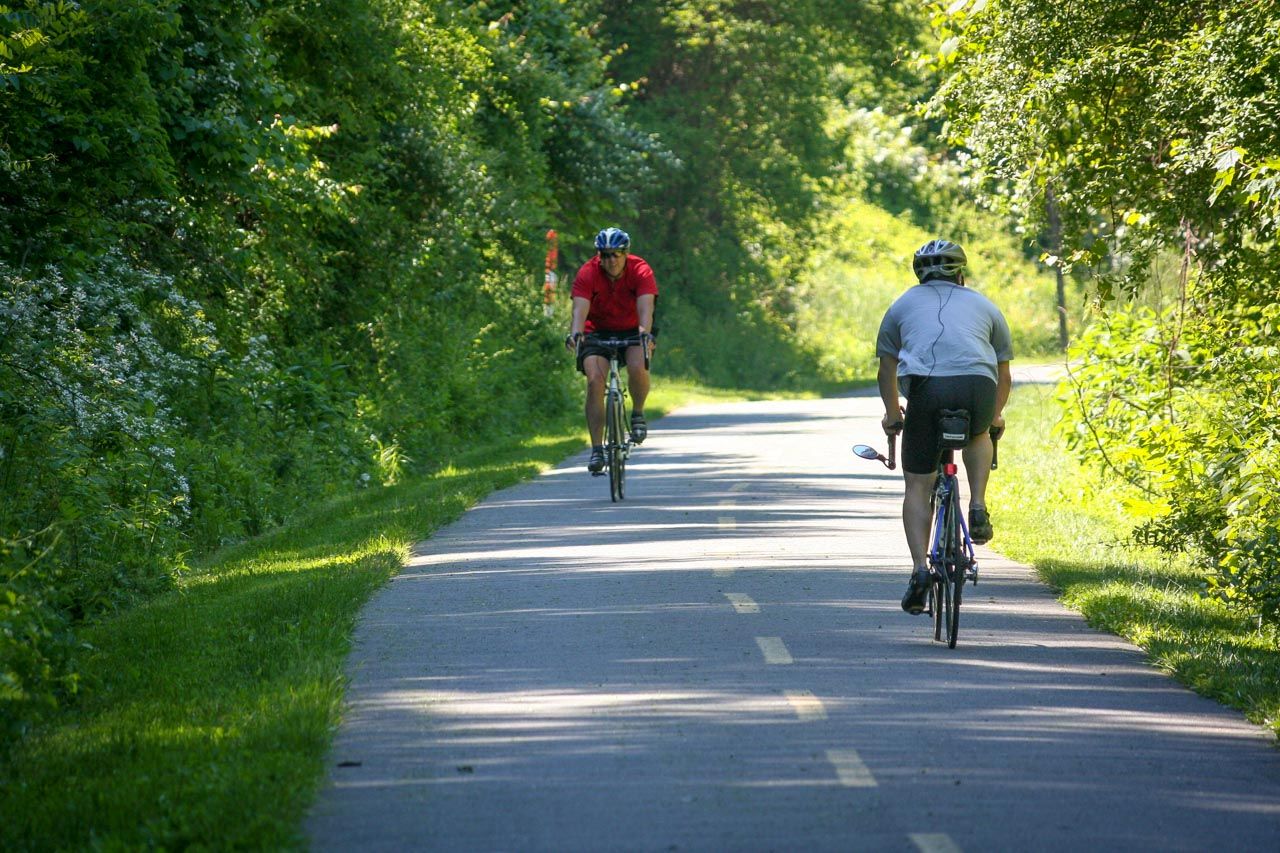 If you’re one to jog, bike, power walk, rollerblade, or just amble in an interesting environment, check out the 45-mile

8. It’s home to many of the nation’s historical treasures of the sky.

There’s only so much the National Air and Space Museum in DC can fit inside its walls on the National Mall, and planes tend to take up a lot of space. Fortunately, the

If you’ve got extra time, head to the Observation Tower, where you’ll be able to see planes land at Dulles while listening to air traffic controllers narrate the skies. Or check out the IMAX theater — it shows military movies during the day and Hollywood blockbusters at night.

Fun fact: When NASA donated the Discovery space shuttle to the museum in 2012, they transported it from Cape Canaveral by bolting it to the top of a 747 jet and flying it in.

9. You really can find peace and quiet here. 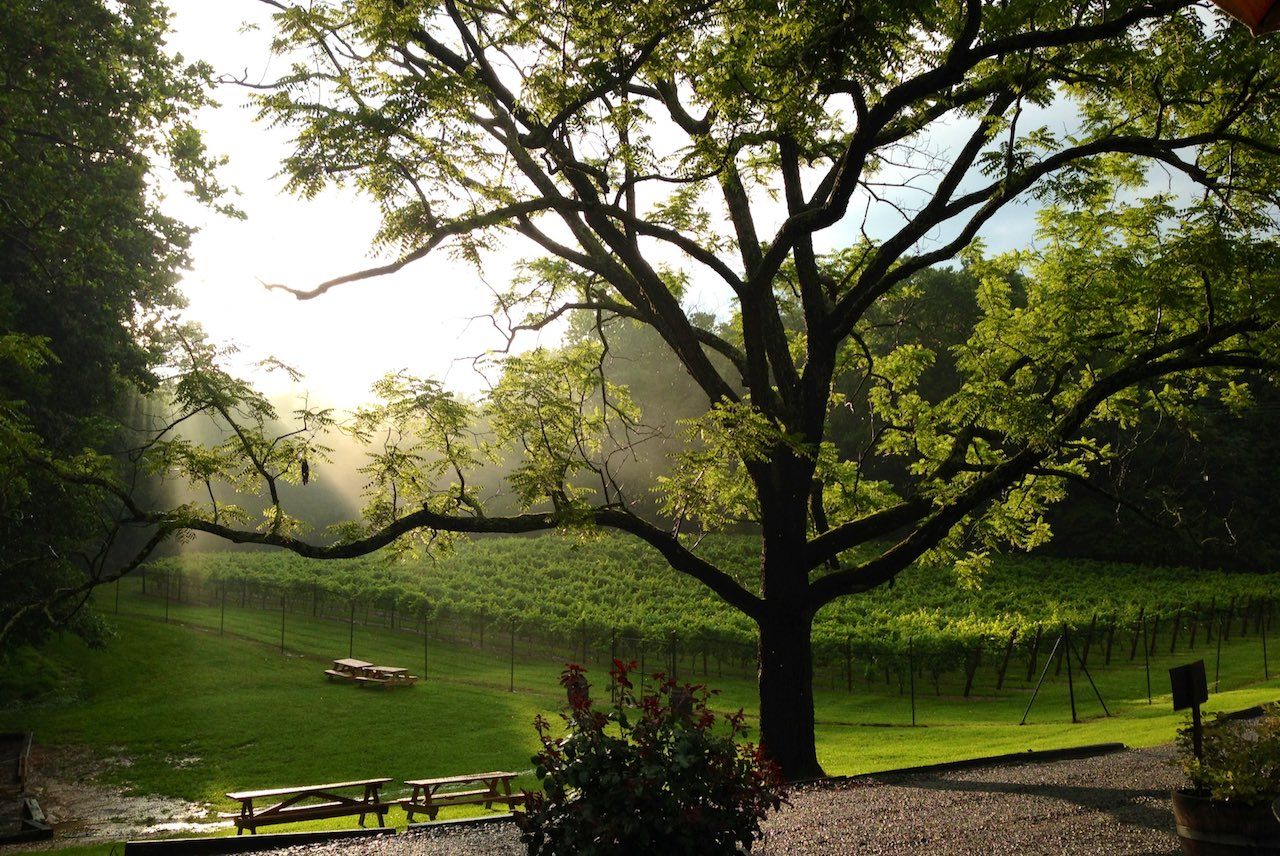 With so many hotspots and its proximity to the capital, Fairfax County seems to constantly vibrate with energy. But quiet areas do exist, and they’re worth checking out. In the southwest corner of the county, the Town of Clifton has stayed comparatively rural and remote since the Dogue tribe of Native Americans used it for hunting grounds and the first white settlers arrived in the early 1700s.

Make time to enjoy a drive through the heavily forested area south of Clifton, and take in the scenery of the horse farms to its north. And definitely stop in at 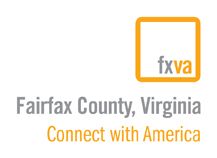 This post is proudly produced in partnership with Visit Fairfax.
Tagged
Travel Trip Planning Virginia, United States
What did you think of this story?
Meh
Good
Awesome

How To Spend a Perfect Weekend in Black Charlottesville

The 7 Best Black-Owned Restaurants in the DMV

17 Gorgeous Images of Virginia We Can't Stop Looking At

17 Unforgettable Moments You'll Have on a Trip To Virginia

If You Want To See the Wild West of Wine, Go To Virginia

6 Best Dark-Sky Destinations in the US