CAMBRIDGE IS A small town in the foothills of Appalachian Ohio, and before my first visit, I didn’t know much about it. I was also skeptical — what could Cambridge possibly have to offer that I couldn’t find somewhere else? As a long-time Ohioan, I was pretty sure I knew the state like the back of my hand. And now, I’m pleased to say that I was wrong. I discovered a surprising amount of adventure packed into one little spot, and a few truths along the way.

Cambridge is home to the casual-yet-excellent

It’d be easy to think that Cambridge just jumped on the winery bandwagon, but Georgetown has been around since 1999 (that’s a voting adult!). They’ve had nearly two decades to establish their vines and perfect their wines, and it’ll take at least an afternoon lounging in one of their Adirondack chairs to sample the list. Bonus: Their partnering with

2. Torpedo sauce is what your life has been missing. 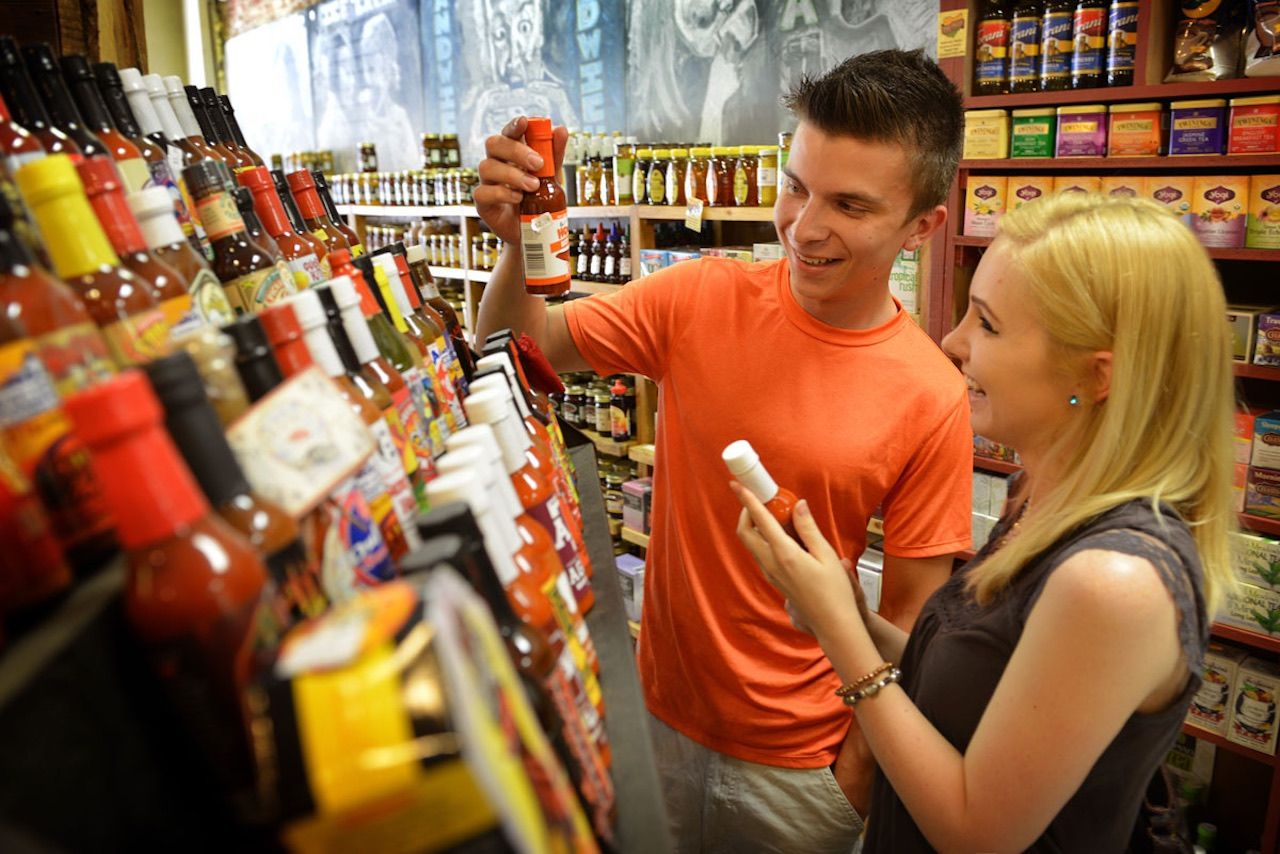 I found more gourmet food at one store in Cambridge than I have in entire cities.

If you still have some breathing room after wolfing down one of those, perk up your afternoon with a cappuccino from

For a population of around 11,000, this little town has more than its share of green space. It’s home to miles of bike paths,

But back to Cambridge — even the town park is no ordinary place. 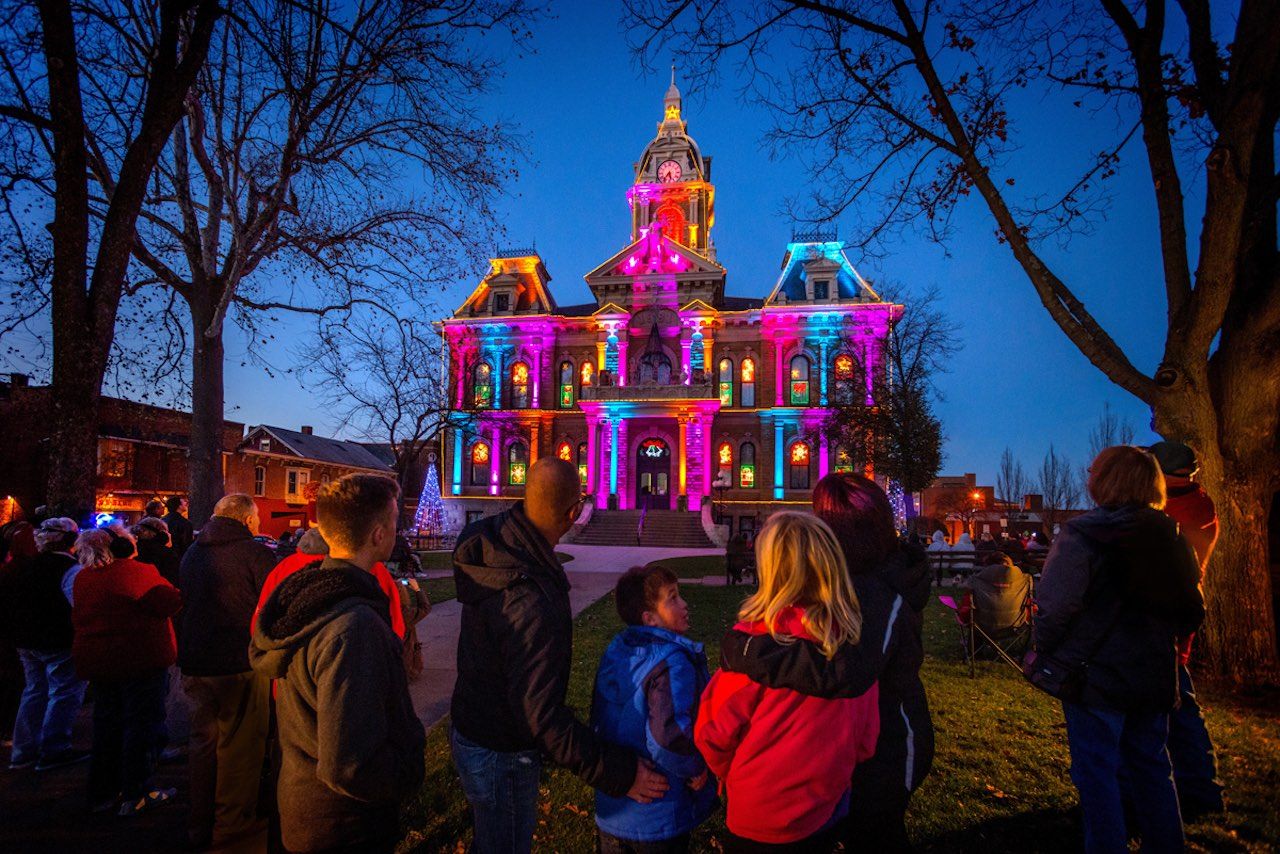 Every November and December, Wheeling Avenue transforms into a

Bonus: Be sure to stick around for the Courthouse Holiday Light Show — it happens 5:30-9pm every night from November 1 to January 1. The ornate building gets bathed in 55,000 lights, not to mention the animated displays and two-story Christmas trees. It’s basically a surefire way to get in the holiday spirit.

5. Security cats are a real thing.

Nope, not an acronym for some kind of Segway/ATV hybrid. Penny Court Antique Mall has an impressive security officer — a cat named Turtle who will sneak-attack you with cuddles and guard you by plunking herself down in your lap. If you have the heart to break your attention away from her, you’ll find that

Cat in lap, of course.

6. You may go on a safari in two places: southern Africa, and the middle of Ohio. 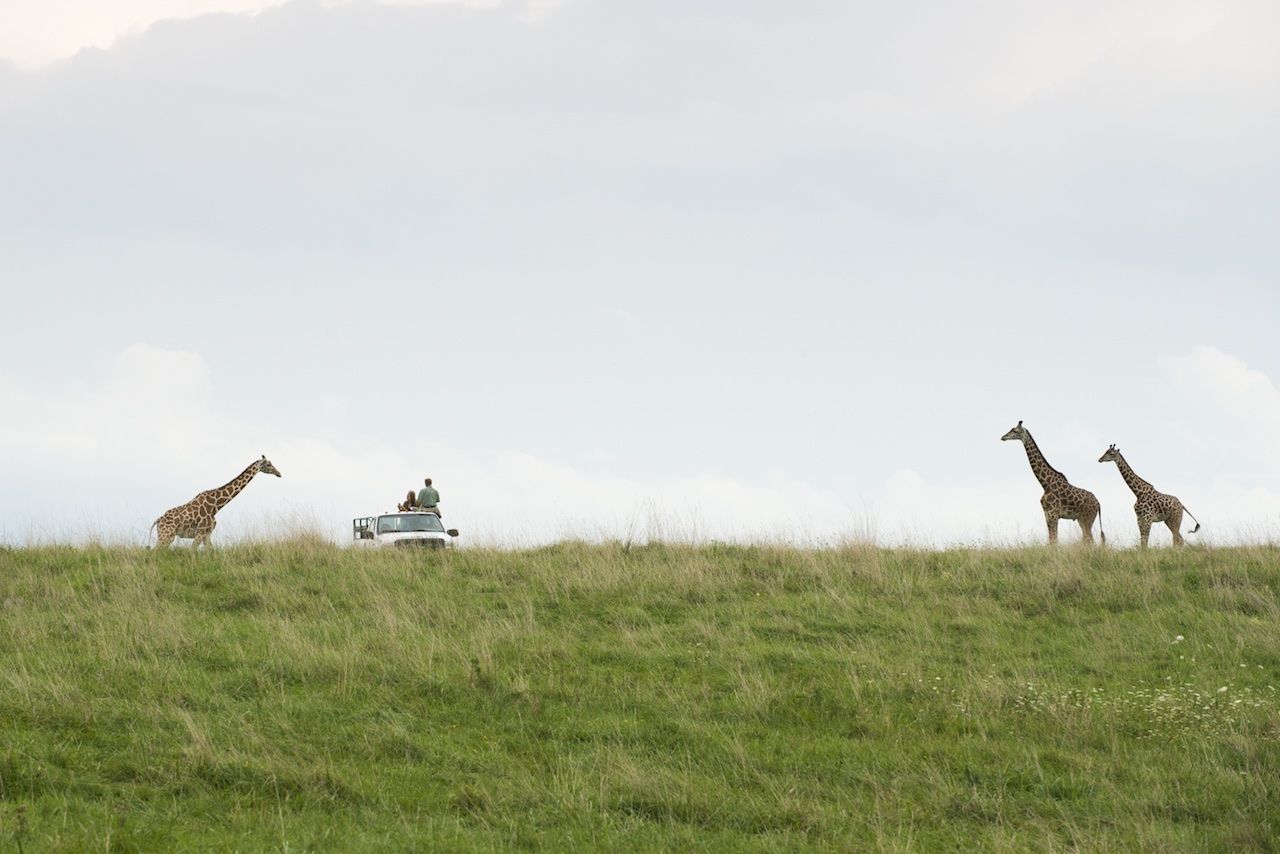 Cambridge is just next door to

If you’re over 21, you can spend the night in a yurt at Nomad Ridge, an exclusive, adults-only part of the Wilds. Each yurt has a big deck overlooking the adjacent meadows, so you can sit out there in the evening and watch rhinos wandering by. Can you do that in NYC? Didn’t think so.

Pro tip: Stop by on the last Wednesday of each month for Wild Wednesday and catch an expert talk on the glories of the great outdoors. I learned that shed hunting is not a hunter sleeping in a portable shed, as I imagined; it’s searching the woods for the antlers shed by deer every spring, which people use for chandeliers and other decorations. Who knew?

8. Life is better in shades of green and blue. 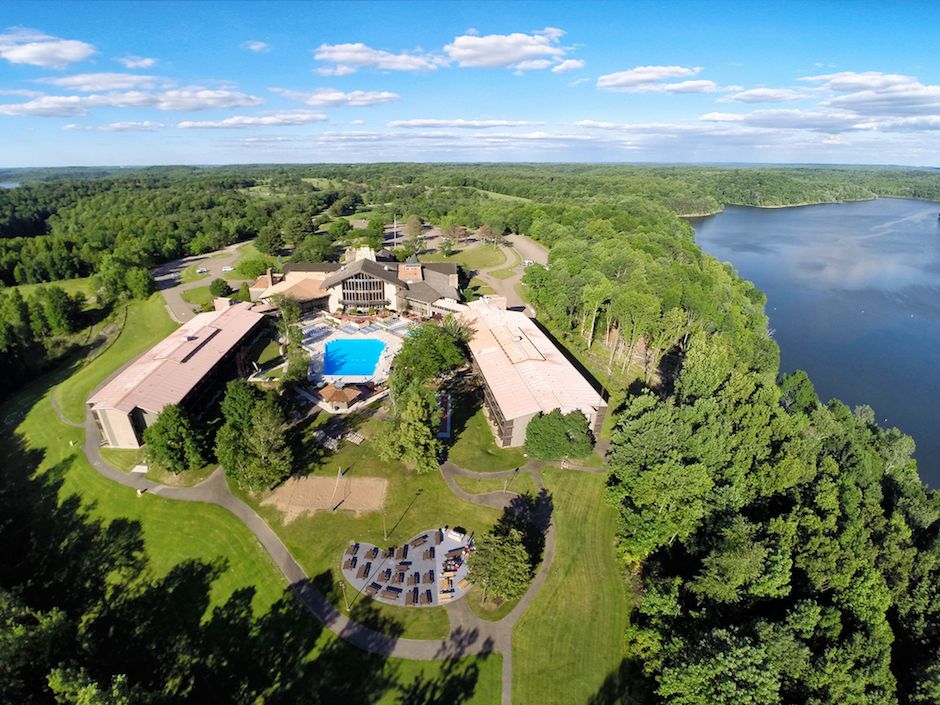 Some may argue that the

Salt Fork is only about a 15-minute drive from downtown Cambridge. It has a huge inland beach (there’s nearly 3,000 acres of water), 14 miles of hiking trails, a mini-golf course, 200+ campsites, and the Salt Fork Lodge, which itself has 53 cabins and 148 rooms (and yes, it’s overlooking the lake at just the right point). It’s way too easy to forget time here — at least for a weekend.

9. The big city is never far away.

Cambridge is located close to the middle of the Cleveland, Columbus, and Pittsburgh I-70 corridor, making it a perfect weekend getaway. If you live within striking distance, you can drive in after work on Friday, feast at the Bear’s Den, and then head to your yurt, drinking wine and toasting the passing rhinos.

You’ll have a whole weekend full of relaxing, fun stuff to do before heading back to the city on Sunday afternoon and work on Monday morning. When your coworkers ask what you did last weekend, just say, “Drank wine on the hills, chased cheetahs, traveled in time, and walked in the footsteps of giant elk. What about you?”

This post is proudly presented in partnership with Visit Guernsey County.
Tagged
Culture Trip Planning Cambridge, OH, United States
What did you think of this story?
Meh
Good
Awesome

11 Autumn Comfort Foods To Try Before You Die

8 Ways a Trip To Cambridge, OH Will Surprise You

8 Adventures You Can Only Have in and Around Cambridge, OH