Let’s start with a bonus surprise: Gilbert, Arizona, is the most populous town in the US. Not bad for a place you might very well never have heard of. It’s located on the edge of the Phoenix metroplex but has its own vibrant downtown entertainment scene, its own foodie culture, its own nature escapes and quirky attractions…all with that friendly, close-knit, family-filled vibe.

Gilbert is coming up on its centennial in 2020. Though there are probably 100 to match, here are just nine ways this Arizona destination will surprise you. 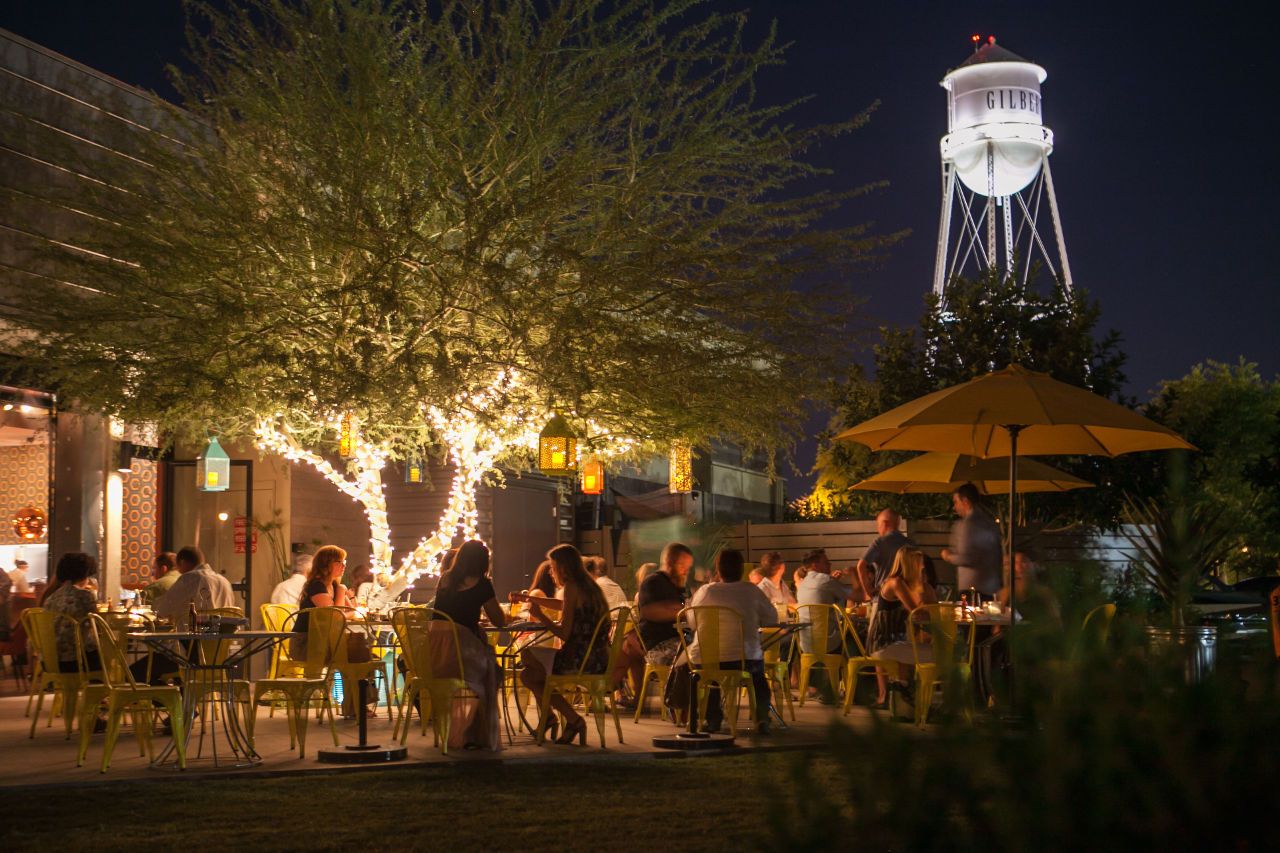 The Gilbert Water Tower is one of the town’s most notable landmarks, sitting next to an adobe pump house that was also Gilbert’s first jail, right in the heart of downtown. The 230-foot tower was built in 1927 to fill the needs of the growing community, and it stored water for firefighting and drinking until 1985.

Fast forward a few decades, and it’s now pretty much the center of everything. The surrounding plaza and park — which includes a splash pad (open at night!) and water walls — is a tranquil place to hang out, but also serves as the anchor of the downtown Heritage District, where you’ll find awesome shops and restaurants. Check it out at night, when the tower lights up the sky. During springtime, head to the plaza’s amphitheater to hear free concerts under the stars.

2. You’ll realize that beer just tastes better in the desert.

Local-beer snobs, rejoice — there are tons of locally crafted brews for your palate to experience here. Most Gilbert restaurants feature Arizona beer on draft, including The Whining Pig, Grubstak, and Cold Beer & Cheeseburgers. There are also breweries you can check out for yourself:

Anywhere you go in Gilbert, ask your server what local beers are on tap. You can experience desert beer flavors at most full-service restaurants in town. And if you read that last sentence as “dessert,” there are those, too.

3. You’ll get in touch with your inner farmer. 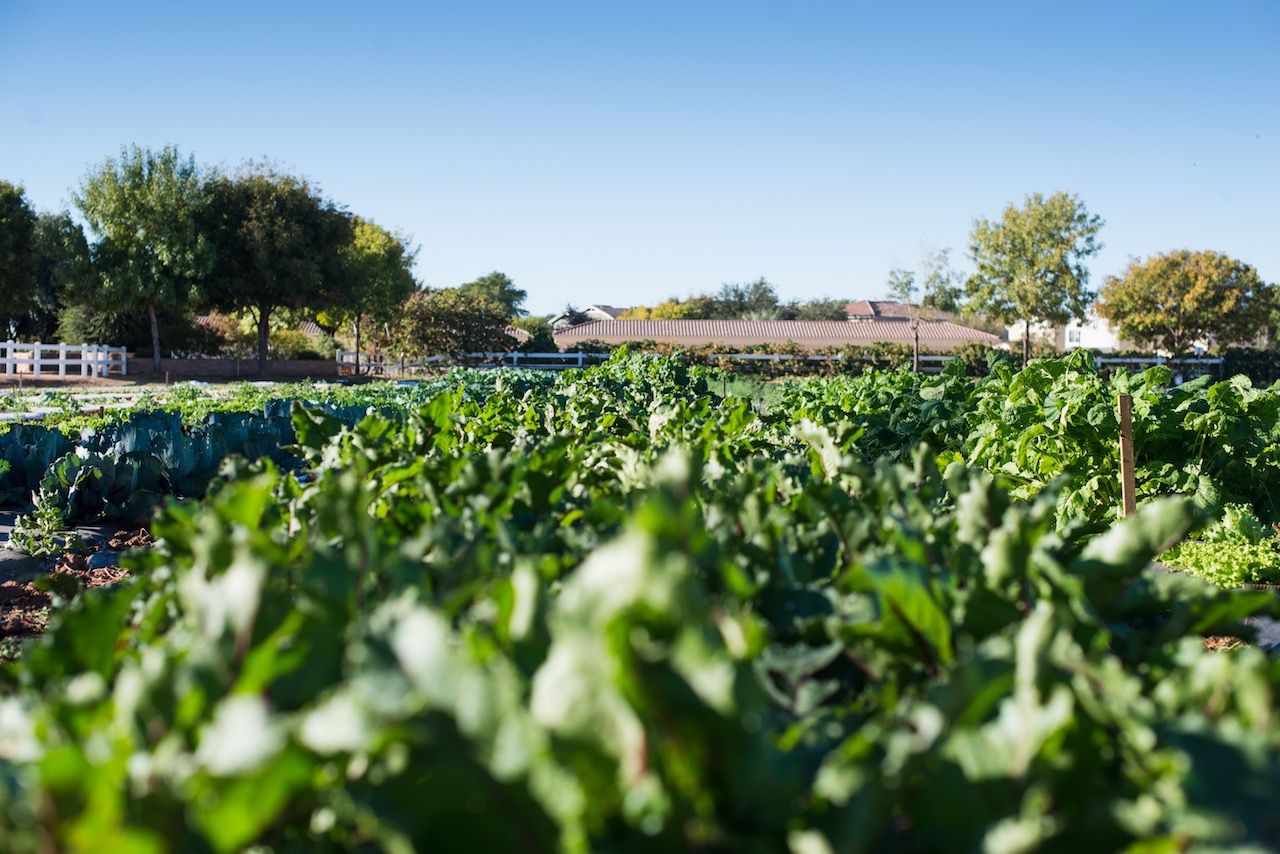 Known as the “Hay Capital of the World” in the 1920s for its alfalfa hay production, Gilbert still embraces its farming roots. New urban farm environments give “city folk” several ways to get in touch with their sustainable sides. Just a few include:

4. You’ll encounter a mirage in the desert.

The Riparian Preserve, a serene 110-acre wildlife habitat, is a bit different from what you’re probably expecting. It includes seven water recharge basins, which essentially makes it a watery oasis in the Valley desert. It’s also a great place for bird watching, with nearly 300 species on the to-spot list. Plus, it’s common to see bunnies, turtles, ducks, and snakes along the paths. There are plenty of family-fun activities, with reservable picnic ramadas and a play area.

5. You’ll acknowledge that maybe, just maybe, you are a foodie. 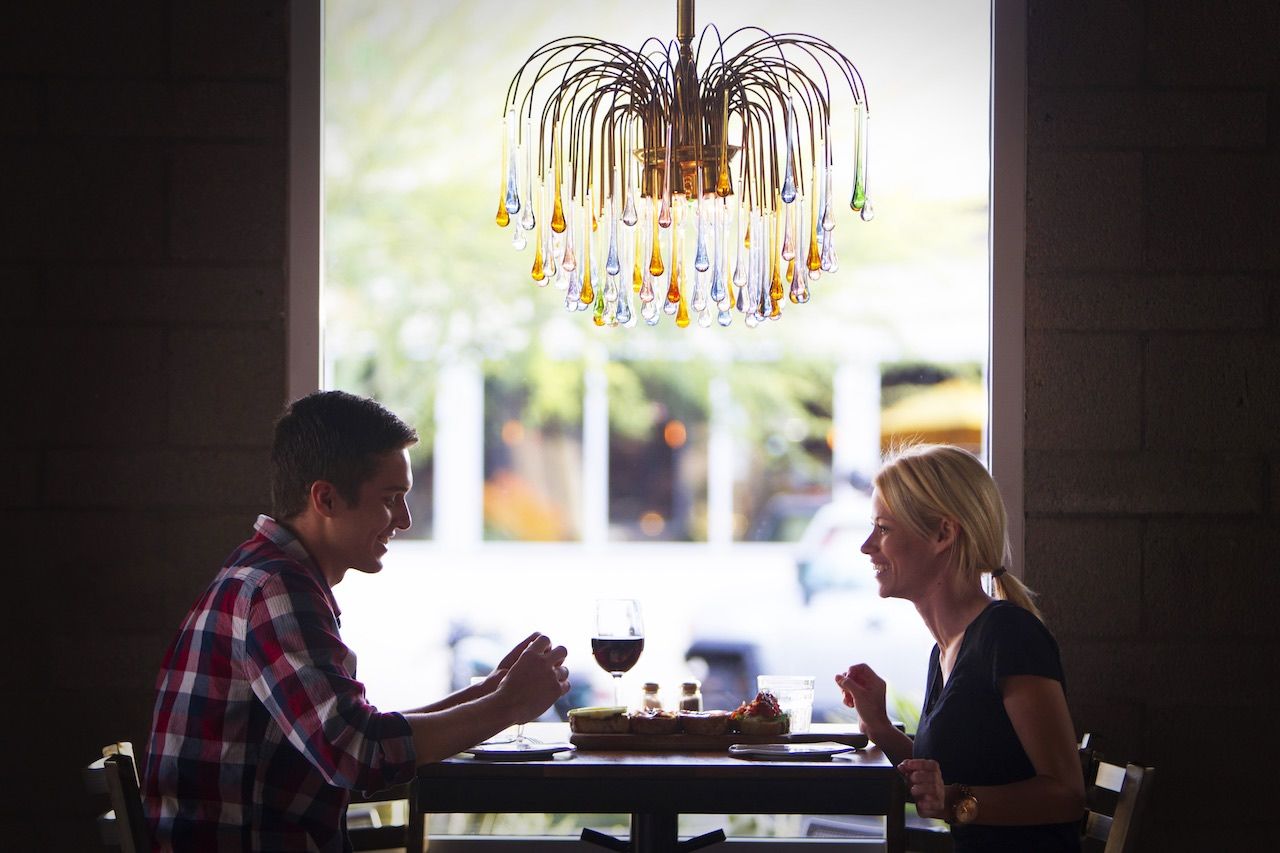 With the emphasis on local ingredients and fresh farm produce, it goes without saying that Gilbert residents love their food. It’s easy to create a food tour out of the dozens of local restaurants dotting the downtown streets of the Heritage District, including Joe’s Real BBQ, set in a 1929 building and open since 1998. There’s also:

Besides restaurant-hopping downtown, you can also grab your fill of Valley favorites at the Gilbert Feastival, a recurring pop-up food truck gathering every Friday from 5:30 to 9pm. Each night also includes live music and a craft market, giving you an excuse to hang around and go back for seconds.

6. You won’t need to leave room in your budget for a rental car.

Gilbert is a pedestrian-friendly place, with plenty of canal and trail paths for walking, biking, and dog-walking. The Central Trail System encompasses 135 miles, including 54 miles of marked bike paths, some of which wind along the canals.

Along the way, most trails lead to one of the major parks or smaller nature-filled areas, providing green, shady spots for breaks. One is Zanjero Park, where you’ll possibly catch a glimpse of owls — the 20-acre park is home to a burrowing owl habitat. There’s also a dog lake at Cosmo Dog Park, which includes off-leash areas. 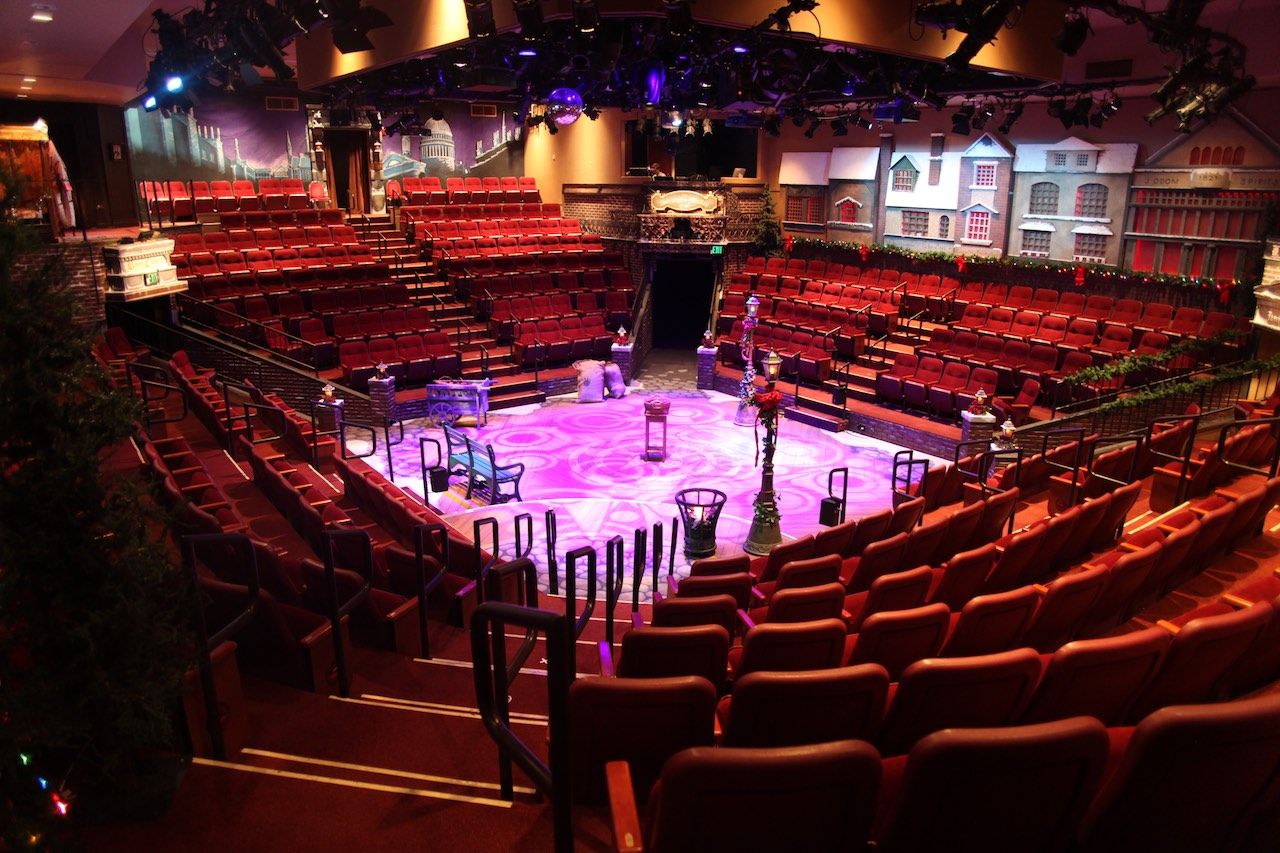 The Heritage District’s Hale Centre Theatre is all about juxtaposition: Huge shows with Broadway pedigree, like Annie and Newsies, are put on in an intimate, in-the-round theater setting. That means the seats are set all around the stage, with everyone getting a prime view of the show.

Open in its current form since 2003, the Hale Centre Theatre is in fact the longest continually running, privately owned and operated theater company in the United States — its roots date back to the 1940s. Each show is family-friendly, and the unique stage shape (and size) makes any show — even one you may have seen a dozen times before — feel completely fresh.

8. You’ll learn that handmade is how Gilbert rolls.

Those who enjoy getting their hands dirty, and those who enjoy watching those who enjoy getting their hands dirty, should check out Barnone. It’s a one-of-a-kind experience with every visit — the space is home to a dozen makers specializing in hand-crafted goods, including wood-burned décor, cooking tools, custom sports firearms, and handcrafted paper products. The handmade touch extends to locally produced food and drinks — you’ll find plant-based dining, wood-fired pizza, and locally blended and brewed wine and beer here.

Local craftsmanship is seen in other ways throughout Gilbert, too. Art Intersection is technically a gallery, but they’re all about local art. They give artists a space for workshops, they work with students and the community, and they even run a photo lab where amateurs are welcome to practice their craft. And then from October through March, the Gilbert Art Walk isn’t just open-late galleries — it also has dozens of artist booths featuring mediums like jewelry, painting, ceramics, and photography. Check it out the first and third Saturdays of every month — it’s basically a farmers market, but for art. Both of these are in the Heritage District, which by now you’ve probably noticed is where you need to be. 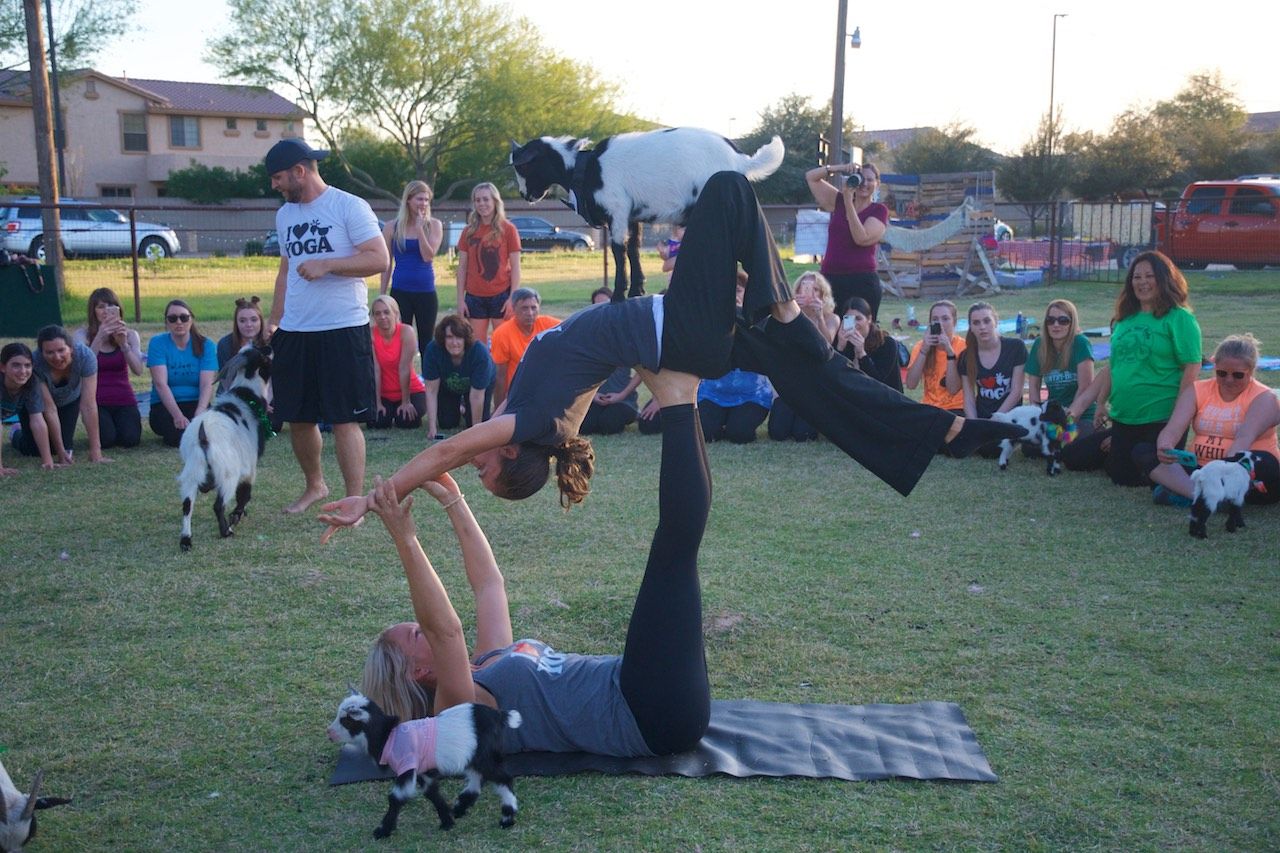 Forget downward-facing dog. Upgrade to some downward-facing goat at Arizona Goat Yoga. Get into tree, full wheel, or boat pose, and you can enjoy the company of a baby goat as you stretch into cuteness oblivion. It doesn’t matter if you’re a hardcore yogi or have never stepped on the mat — it’s all about increasing your state of peacefulness…with a little help from a handful of adorable baby animals.

Times for each hour-long class vary, but they’re typically held at least a couple times a week, with both morning and night options. You’ll be led by a certified yoga instructor and can take as many rests throughout the class as you want. Just don’t be surprised if a baby goat noses you during your next child’s pose.

This post is proudly produced in partnership with Discover Gilbert.
Tagged
Travel Phoenix, AZ, United States
What did you think of this story?
Meh
Good
Awesome

7 Reasons Gilbert, AZ Is Perfect for Your Next Family Vacation