Missoula might bring to mind vague memories of watching a ’90s movies about fly fishing. Or maybe you imagine wide-open skies and plenty of steakhouses. Maybe you just think about cowboys. And…sure. We’ve got all that. But whatever you think you know about Montana, Missoula has something to counter the stereotype.

Here, you can bar hop between craft breweries, surf a wave in the middle of downtown, gobble vegan donuts, explore ghost towns, rent bikes for free, and finish it all off with a pint of Moose Drool. And that’s just the first day. Here are nine ways a visit to Missoula will surprise you.

1. There are five mountain ranges here. 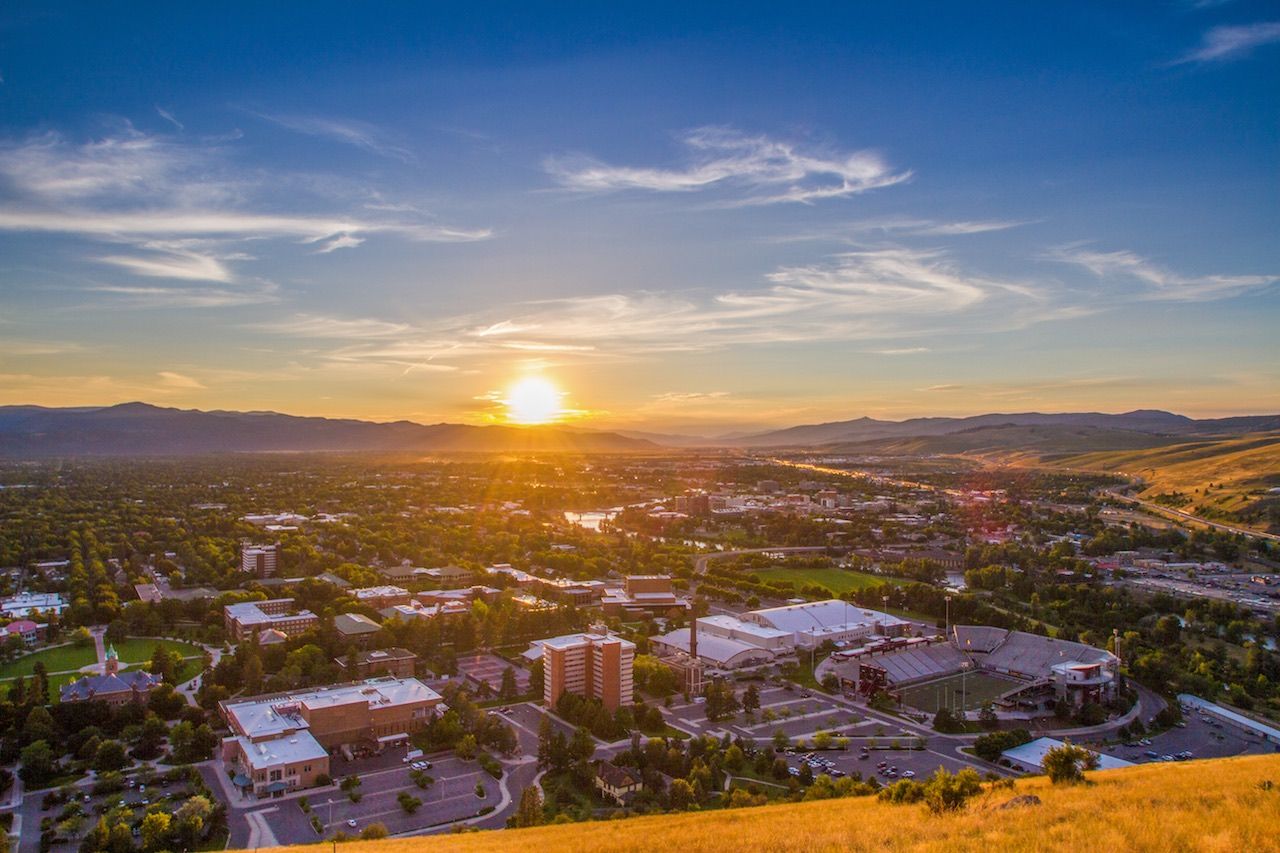 This is a serious mountain town. So serious that Travel + Leisure named it one of

That also means there’s plenty of national forests, national wilderness areas, and other generally awesome places that are easy to access from Missoula. Pro tip: Head to the

2. There’s live music every night of the week. 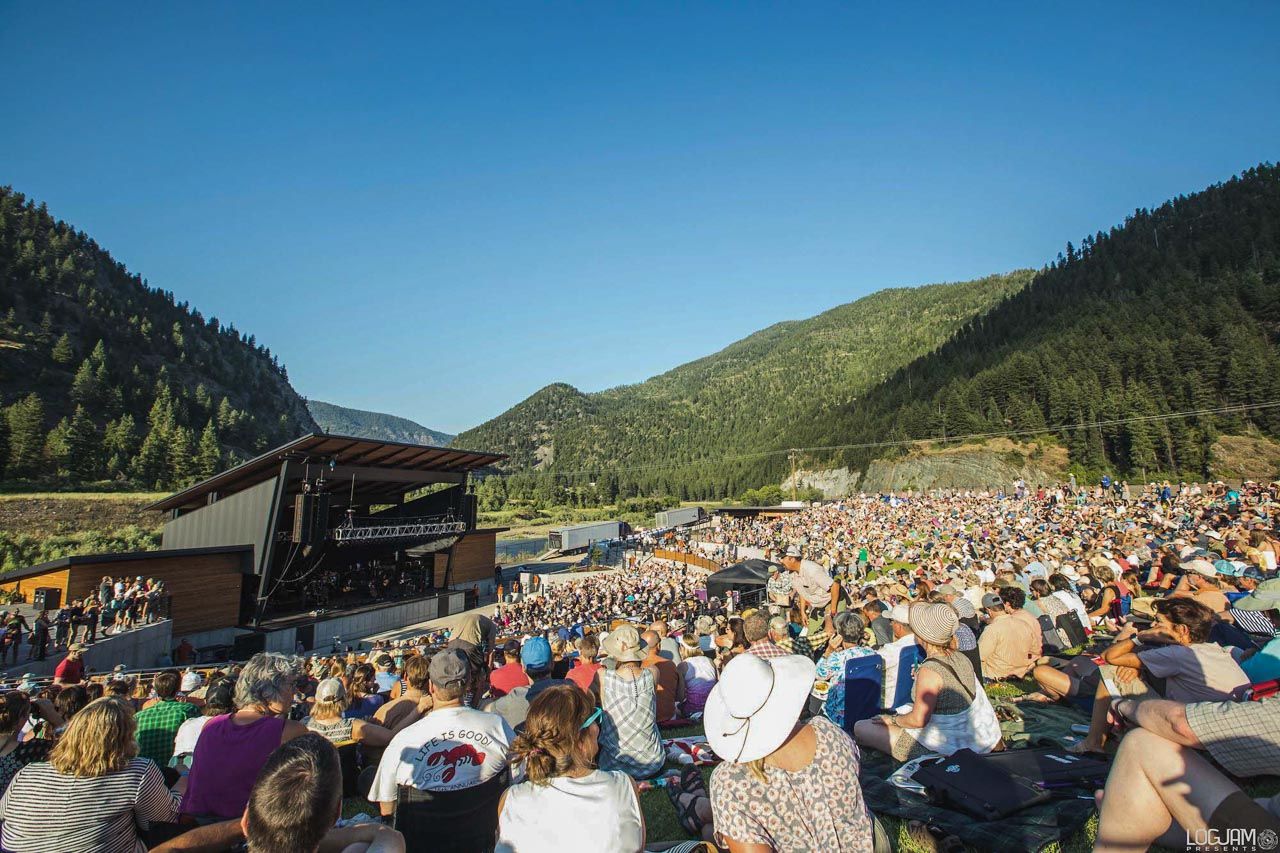 Montana has a reputation for country music, cowboy songs, and pioneer folk. And that’s all awesome. But you might find yourself surprised when you hear the sheer variety of tunes permeating the streets of Missoula. There’s no shortage of

There are so many venues to choose from: Big Sky Brewing has it own outdoor amphitheater (hosting everyone from The Decemberists to The Shrednecks), where they hold a summer concert series with, of course, locally brewed beer. This is also where you can catch the awesome

3. You can visit a legit ghost town. 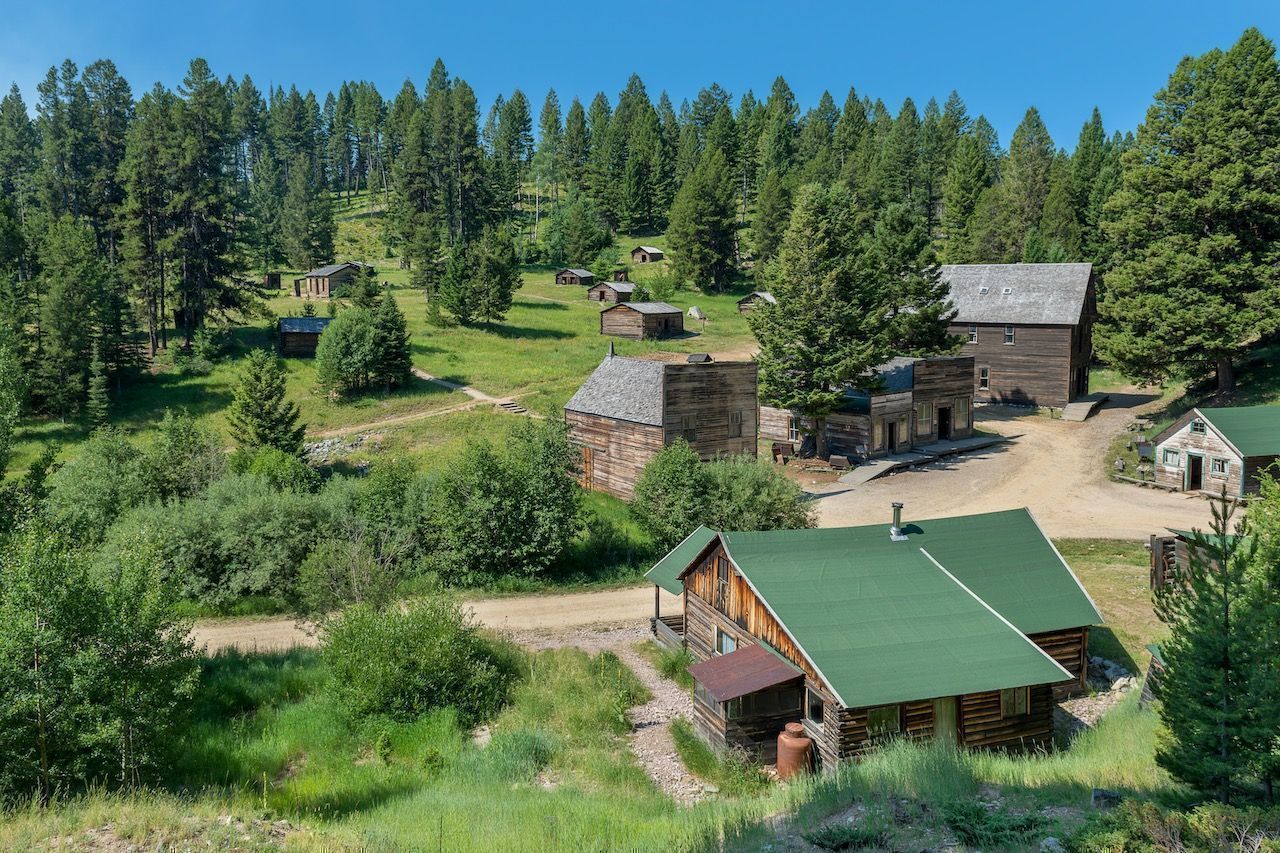 Back in the late 19th century, some 1,000 people lived in a thriving mountain town called Garnet, 30 miles outside Missoula. Not anymore. It didn’t take long for the gold that brought people flocking to the region by the hundreds to all but disappear, and by the 1940s, every business in Garnet was shuttered — including all 13 of the local saloons.

The classic storefronts and evidence of past residents remain, though. It’s $3/adult to explore

4. This is one of the country’s top bike-friendly cities. 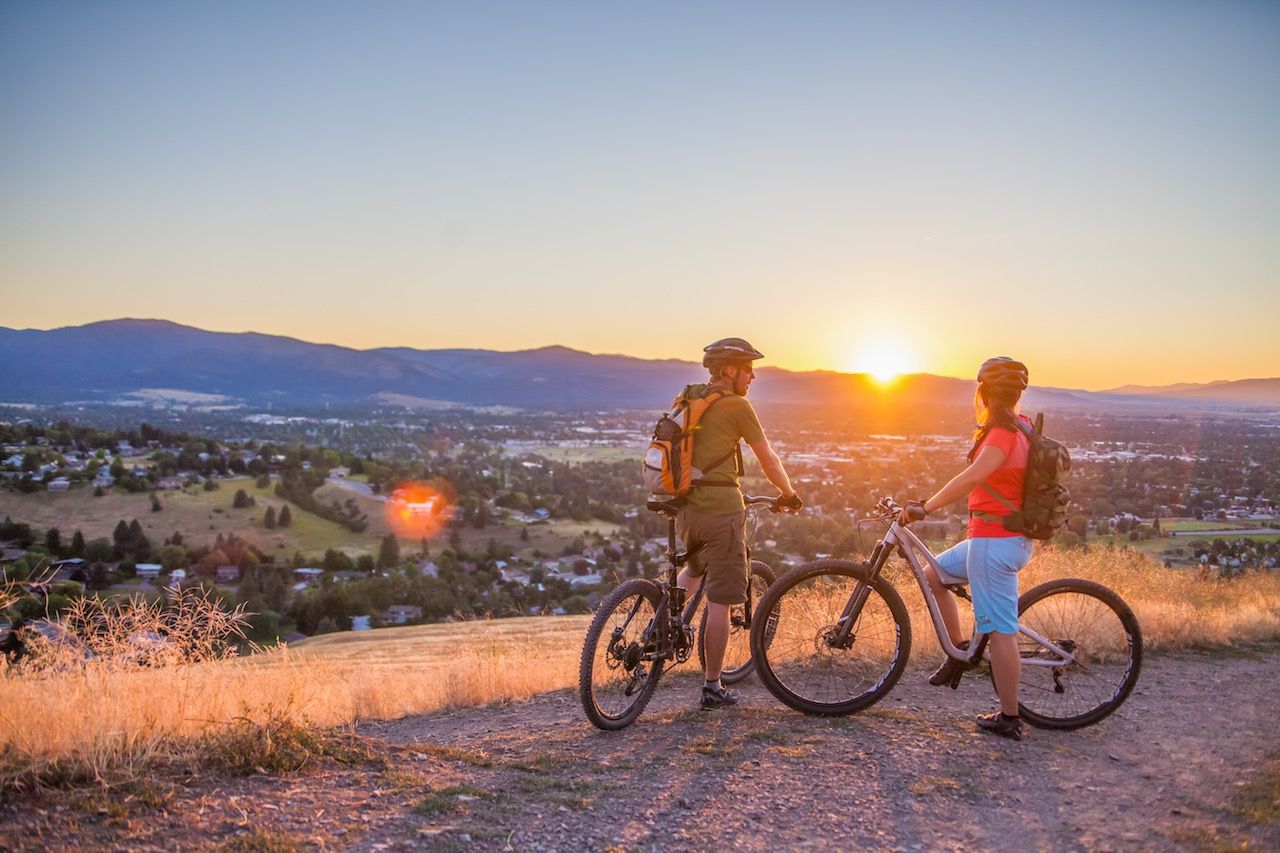 So you thought this was a mountain town where everyone drives 4x4s? Think again. Missoula is officially a

Or you can dream bigger and farther. Connecting Missoula with the tiny city of Hamilton is the Bitterroot Trail, a 50-mile paved bike path though the Bitterroot Mountains where you’ll ride side-by-side with rocky peaks, babbling brooks, and forested slopes. Yep, it’s idyllic. Pro tip: Plan a round trip to one of the tiny communities along the way, then pedal back to Missoula for a well-deserved Moose Drool, Bufflehead Brown, or Mountaintop Wet Hop (that’s Montanan for “beer”) at one of Missoula’s many

Don’t have a bike? No worries. You can always

5. Missoula is surrounded by hot springs. 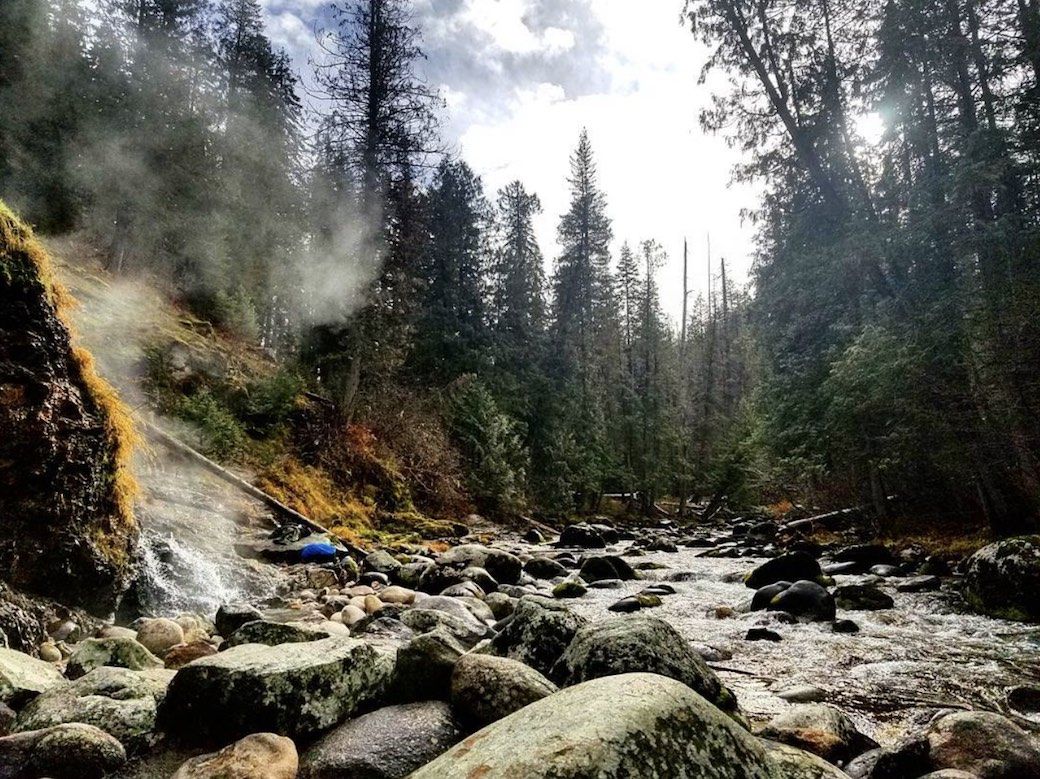 Whether you want a first-class pool fed by steaming hot water, or a rocky spot to take a bath in a

Lolo Hot Springs has modern pools of 102- to 106-degree water, surrounded by towering ponderosa pines and forested mountains — and it’s less than an hour away. For an even more natural setting, you can head farther afield on Highway 12 to Jerry Johnson Hot Springs, an inconspicuous natural pool among boulders and logs that’s fed by a waterfall. Getting there will take you a little over an hour, making it the perfect day trip from Missoula. Note that it’s best to visit post-spring-runoff (so, summer through winter), and there’s an easy one-mile trail from the parking area. Soak up, snap some photos, then head back to town for a cosmopolitan meal.

6. You can ride a hand-carved carousel. 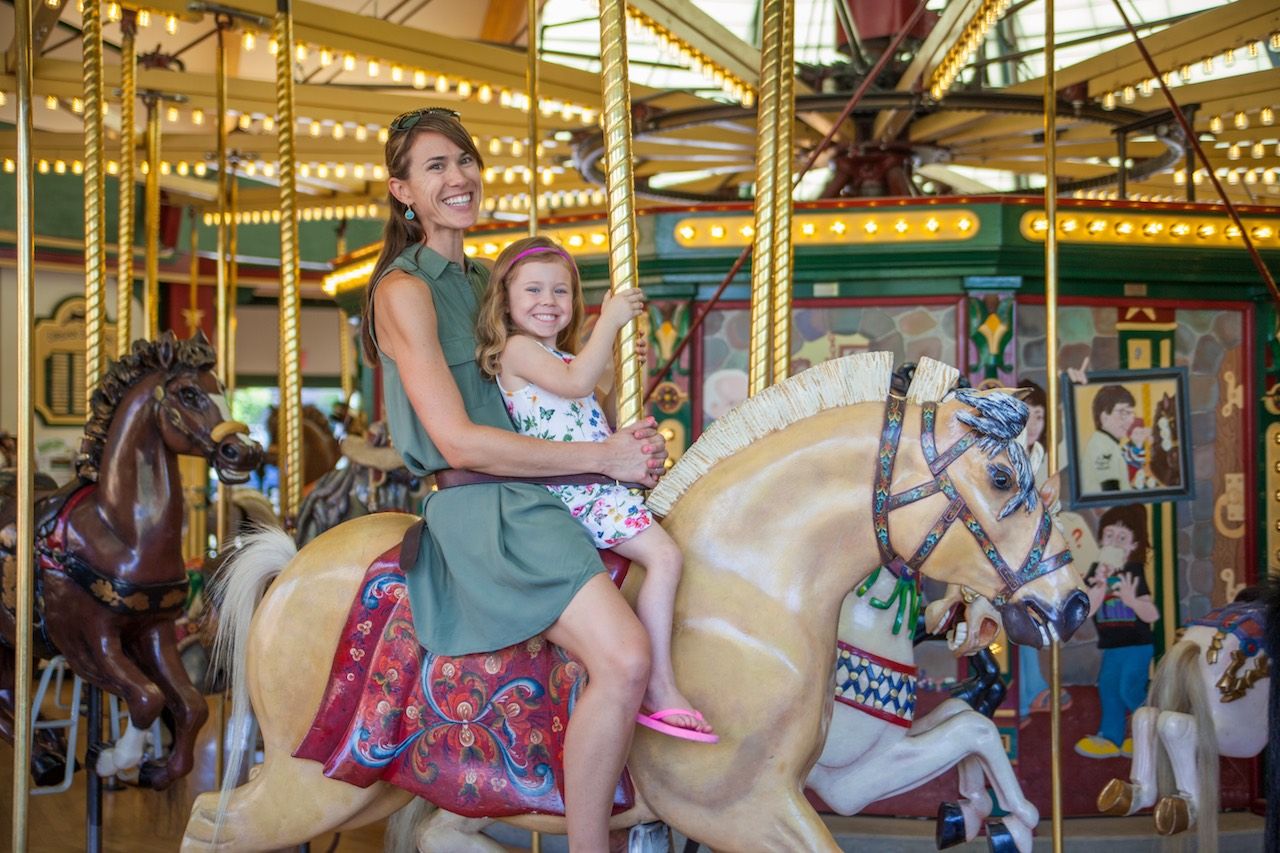 You could call it good, ol’ fashioned fun. Next to Dragon Hollow Playground — magical in its own right — and overlooking the Clark Fork River, you’ll find 38 horses dancing in perpetuity. Freya, Columbia Bell, Hard Hat, Koko — they’re all hand-carved wooden ponies that are part of

This extraordinary piece is the result of 100,000 hours of volunteer effort — that’d be 11 round-the-clock years of care and hard work — and is one of the first fully hand-carved carousels to be built in the country in the last 80 or so years. There are the 38 ponies, plus two chariots, 14 gargoyles, and the largest band organ in continuous use in the US. Maybe it’s nostalgia, or maybe it’s the amazing show of community spirit, but it’s hard not to get giddy when the music starts up and the horses begin to “dance.”

7. It’s a vegetarian paradise in the middle of beef country. 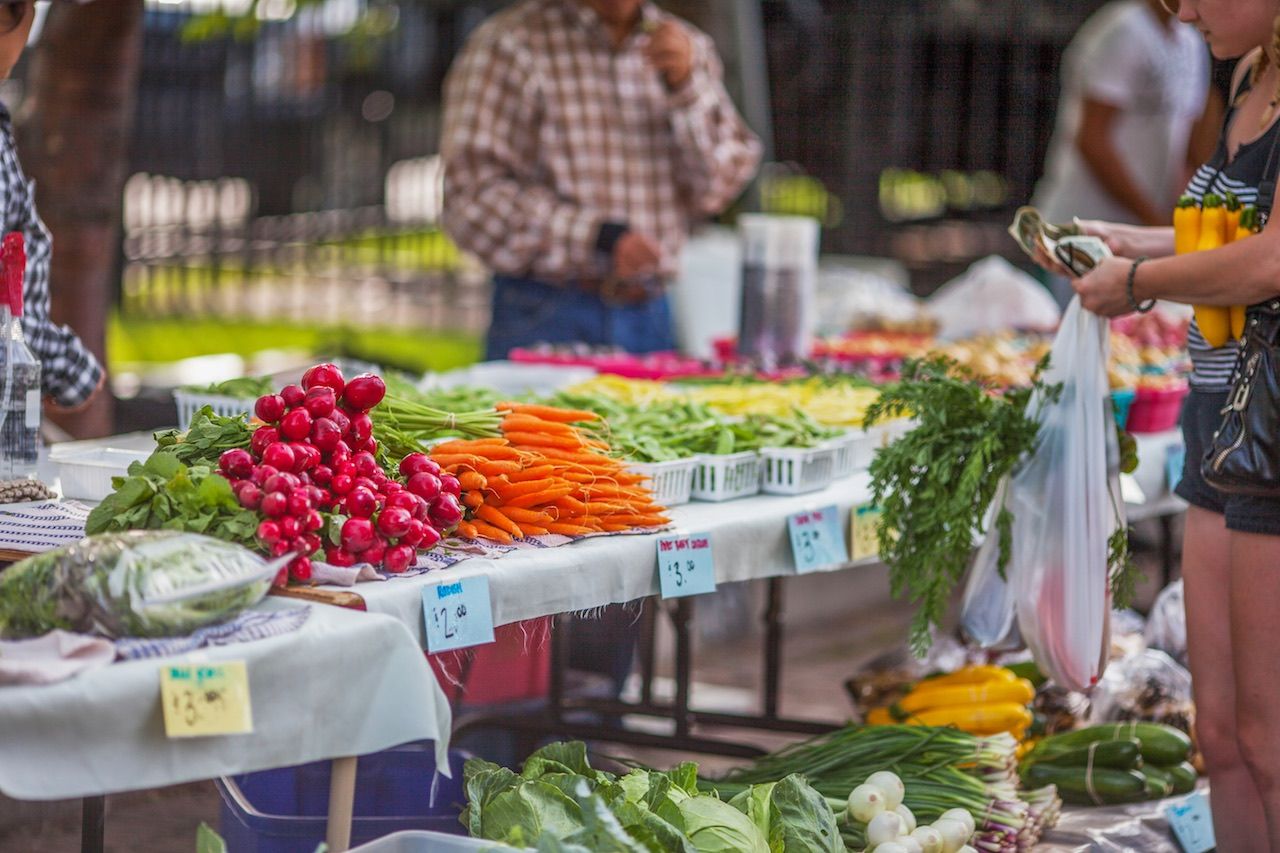 There are 2.6 million cattle in Montana, which means no shortage of t-bones, ribeyes, BBQs, and babybacks. But this is ranch country, so you probably knew all that already. Missoula, however, doesn’t just cater to those looking for tenderloin. Probably in part because it’s a college town, this is also an awesome destination for the foodies in your life that are vegan/vegetarian/gluten-free/any other dietary restriction you can dream of.

And we don’t mean Missoula just has lots of fresh veggies (which it does, by the way. Check out the

Whether you’re looking for 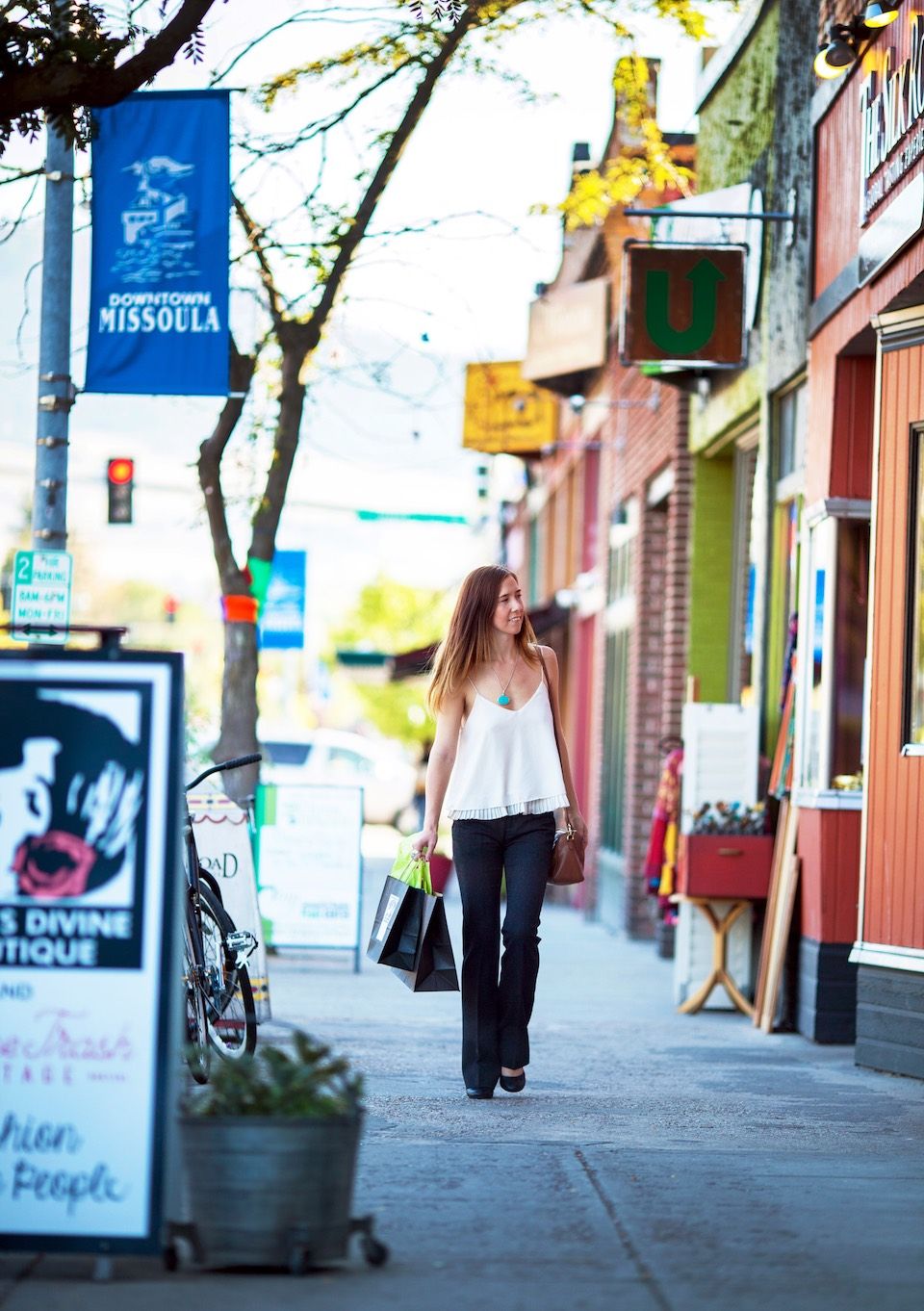 Wander between the south end of the Higgins Street Bridge and the intersection of Brooks and Higgins, and you’re on the

When you’re sufficiently exhausted, head down the street to Bernice’s Bakery for some white-chocolate huckleberry cream pie and an organic espresso. You’re welcome.

9. A river really does run through it.

You know the movie. It’s the one starring Brad Pitt; it won an Oscar. Anyone who’s seen A River Runs Through It, the story of two brothers growing up in Missoula, has probably entertained a fantasy of giving it all up and going fly fishing. At least for a little while.

And that fantasy can come true, if you so desire. The city sits at the confluence of three rivers: the Blackfoot, the Clark Fork, and the Bitterroot. The abundance of flowing water in the area means you can fish from the banks of the Clark Fork River in downtown or head out of town with a guide to explore the streams of the Bitterroot Mountains, or anything in between.

You don’t have to fish to enjoy the river, though — a stroll on the Riverfront Walking Trail is pretty much the perfect way to spend the twilight hours walking off all those vegan chocolate ganache donuts. Time it right and you’ll find some live music, or bring a picnic and watch the sun drop behind the surrounding hills. The options don’t end there. You can also SUP, kayak, and play in the whitewater…all in the middle of downtown Missoula. Oh, and you can

Surfing in the middle of Montana — surprising? Maybe. Awesome? Definitely.

This post is proudly produced in partnership with Destination Missoula.
Tagged
Travel Missoula, MT, United States
What did you think of this story?
Meh
Good
Awesome