Two-Spirit, a traditional social and ceremonial role found in Indigenous tribes throughout Turtle Island (i.e. North America), was first used as a label in English during the 1990s. The relatively new term, which sometimes appears as the ‘2’ in LGBTQ2, still creates confusion in queer and straight communities alike, so we sat down with a couple of Indigenous folx who identify as Two-Spirit to set the record straight.

Geo Neptune (they/them) identifies as queer, trans, non-binary, and Two-Spirit and is a member of the Passamaquoddy Tribe in Indian Township, Maine. On top of being a master basketmaker, Geo is an accomplished artist and community leader who advocates for the preservation of tribal history and language.

Ryan Young (they/them) is a multidisciplinary artist who identifies as queer and Two-Spirit. Ryan grew up in the Ojibwe community on the Lac du Flambeau Reservation in northern Wisconsin and currently lives in Santa Fe, NM. Much of their work focuses on the Two-Spirit experience.

The meaning of Two-Spirit 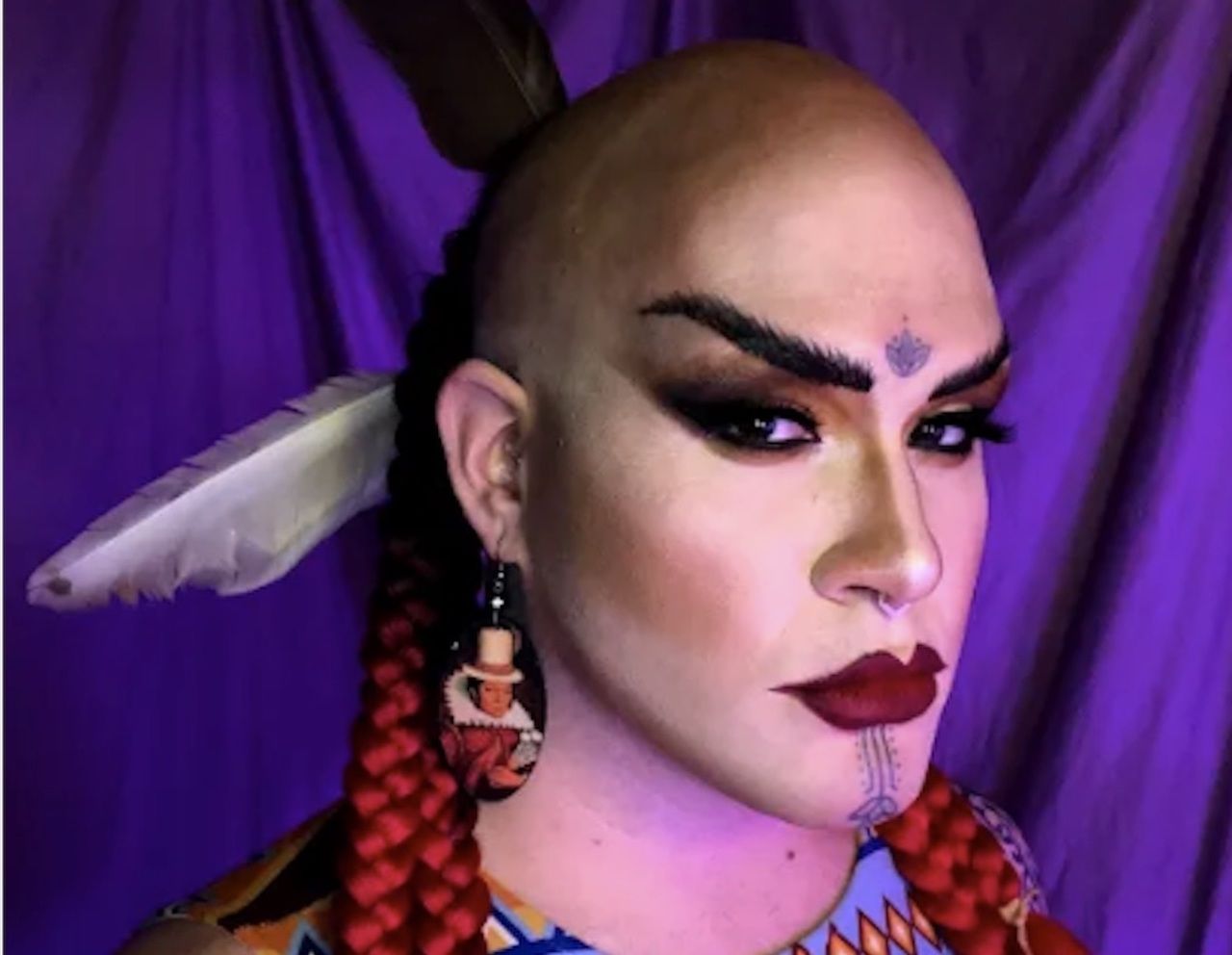 Two-Spirit is the English translation of an Ojibwe word (niizh manidoowag) that, at its most rudimentary, refers to an Indigenous person who “embodies both the masculine and feminine spirit,” says Ryan. But Two-Spirit is an umbrella term for a concept far more complicated than that.

Still, it’s essential to know that there are a few black-and-white rules when it comes to identifying as Two-Spirit. They include the following:

When singer Jason Mraz referred to himself as Two-Spirit in a 2018 Billboard interview, he received severe backlash for co-opting the term. Mraz, who is not a member of an Indigenous tribe, is attracted to both men and women. He apologized for misunderstanding and misusing the term on Twitter. Still, the lesson remains — Two-Spirit is an identifier for Native people only.

All of these identities can coexist, as they do for both Geo and Ryan; they do not cancel each other out.

“Some people think Two-Spirit shouldn’t be included in the LGBTQ acronym because it aligns with Western colonial systems of thought. It exists outside of that,” Geo says. Still, Geo believes that being queer is a definitive part of being Two-Spirit: “Just because you’re queer doesn’t mean you’re Two-Spirit, but you aren’t Two-Spirit without being queer.”

Someone who identifies as L, G, B, T, and/or Q is communicating a sexual or gender preference. Being Two-Spirit requires acknowledging the spiritual and social responsibilities associated with the role.

The origin of Two-Spirit

Although the concept of the Two-Spirit has been a part of Indigenous life for millennia, the English term was only adopted by Native tribes in 1990 at the third annual Native American Gay and Lesbian Gathering in Winnipeg, Manitoba. Those at the conference agreed it was the best way to describe their community “using colonial languages,” says Geo.

Two-Spirit encompasses a long list of words used in a diversity of native tongues and traditions. It acts as a bridge between native and non-native communities, giving English speakers an entry point for understanding a part of queer Indigenous culture. Most importantly, it puts the power of self-identification back in the hands of Indigenous people after centuries of subjugation.

The power of language

“Our language is who we are,” Geo says. “It’s our connection to the place in which we were created.”

Geo’s tribe, the Passamaquoddy, are a First Nations people whose language existed solely as an oral tradition until 1980. Passamaquoddy is the only Native language on the Eastern Seaboard of Turtle Island that wasn’t relearned through reclamation efforts following the destruction caused by European colonization. But even the Passamaquoddy were subject to the oppression of language.

When Europeans began making contact with native tribes nearly 500 years ago, their languages introduced the idea of a gender binary that had no place in Indigenous culture. Soon, languages like English and the gender ideals they enforced overpowered native traditions.

A history of oppression

The westward expansion and genocidal onslaught of white settlers in Turtle Island left no room for Indigenous voices. As a result, some of the earliest records of Two-Spirits come from the perspective of colonizers who used unsuitable language to frame Native people within their limited worldview.

Jesuit priests from the 1600s used the French term berdache, which translates to “kept boy” as a derogatory term for men who didn’t prescribe to European sex or gender norms. As colonization and Christianity spread, so did the label. Berdaches soon became synonymous with sexual deviancy and were ostracized from society.

While Two-Spirit has been used in favor of berdache for the past 30 years, the queer-phobic connotation lingers. When Geo first heard the term Two-Spirit, it was as a slur. “Every time I heard it spoken in my community, it was not in a good context,” they recall.

For Ryan, a family friend once said, “You have to choose if you want to be Native or queer, because it’s really hard to be both.” Ryan questioned the statement’s validity but lacked the language to explain their intersectional identity.

“Not a lot of people in our communities talk about how queerness or gender fluidity might’ve been a part of our traditional values,” says Ryan. Still, they knew it would be impossible to pick one identity over the other and began digging through scholarly texts to find answers.

That’s when Ryan discovered documentation from the Ojibwe tribe that unlocked a vital piece of history. Ryan’s sexuality and gender expression weren’t in opposition with their heritage — they were a part of it.

Much like Ryan, it wasn’t until Geo began studying the history of Two-Spirits that their perceptions began to change. “I would read these stories about Two-Spirits in the past, and it was almost as if I was reading stories about myself, or about who I wish I really could be,” Geo recalls.

A history of community

Two-Spirit people traditionally held revered roles in their tribes. They were medicine makers, warriors, ceremonial leaders, artists, and political negotiators. They sometimes lived harmoniously in same-sex relationships. They sometimes took on the roles of both men and women. Some histories recount tribal communities throwing celebrations for young people who came out as Two-Spirit — the very opposite of today’s gender-reveal parties, which continue to affirm the false construct of a masculine-feminine binary.

“The native view of gender identity was far more modern than the contemporary view,” says Ryan. 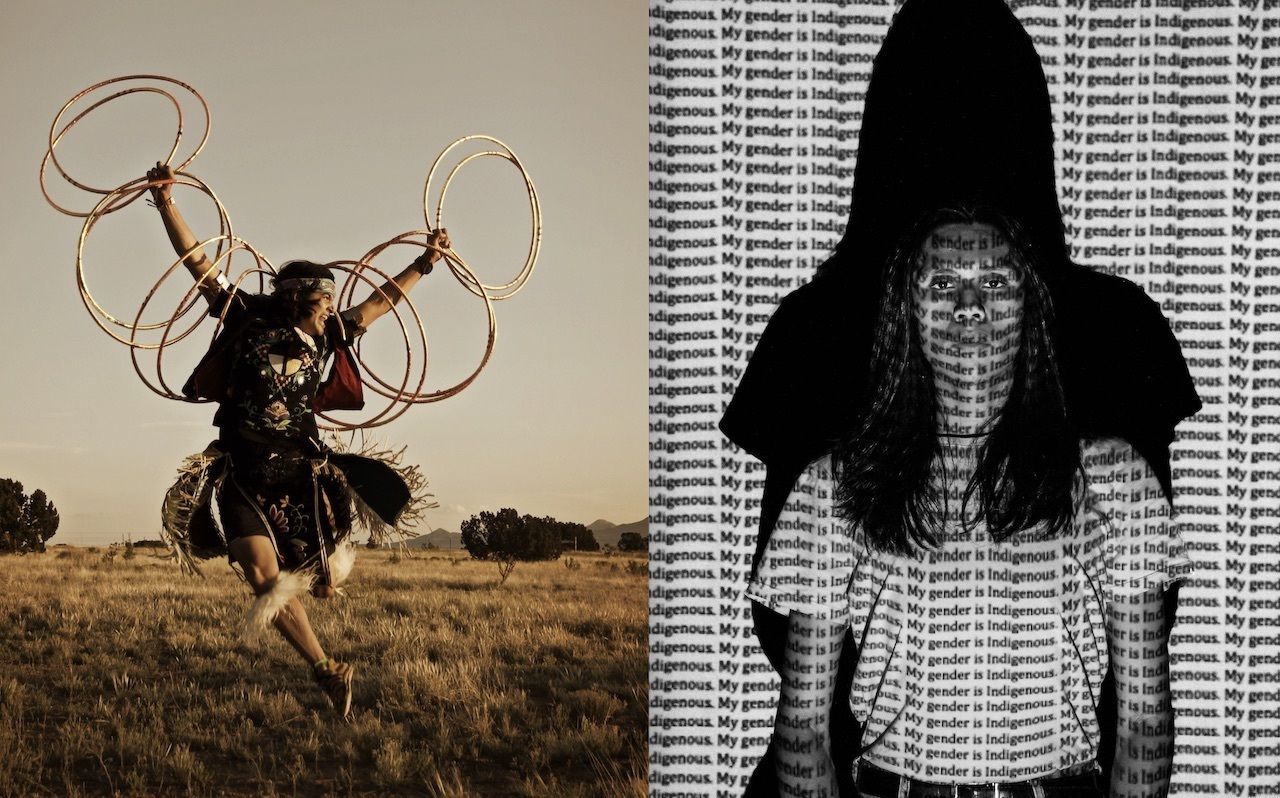 The work of reclaiming space for Two-Spirit people isn’t always easy, but the advent of social media certainly simplifies the task. Both Geo and Ryan have met an array of Two-Spirits through platforms like Instagram, including each other. “There are so many amazing Two-Spirits I’ve found online who inspire me to be the best that I can be,” says Geo.

From San Francisco-based drag queen Landa Lakes to performer-and-writer Ty Defoe, there are myriad voices within the virtual community representing the dynamic range Two-Spirit identities can take within their communities.

For anyone interested in learning more about all things Two-Spirit, it’s essential to speak directly to people who identify as such. “Find folks who are credible,” Ryan warns. “Make sure the community they come from acknowledges them. There are a lot of people who claim Native identity, but it isn’t necessarily true.”

2Spirit, Native LGBTQ, and Indigiqueer News is a Facebook group that shares information about conferences, ceremonies, retreats, and other important information that directly reflects and impacts Two-Spirit people.

Bay Area American Indian Two-Spirits (BAAITS) is a San Francisco-based group dedicated to restoring Two-Spirit people’s role in First Nations communities. Their annual Two-Spirit Powwow brings together Two-Spirits from across the nation to socialize and organize, often with a political bent.

Indigenizing Love, an educational PDF by Western State Center that features Ryan’s artwork, is an easy-to-use guide for learning more about the meaning of Two-Spirit.

For a pop-culture twist on being Two-Spirit, Ryan recommends reading the 2018 fictional novel Johnny Appleseed — a bildungsroman by Joshua Whitehead. “ [Johnny Appleseed] was the first time I felt I could identify with a character outside of them just being queer,” Ryan notes.

When consuming content about being Two-Spirit, ensure it amplifies voices from the community. Anthropological texts written about Indigenous people without including their voices are a modern form of oppression. Books that still use berdache in favor of Two-Spirit are desperately outdated.

The power of representation 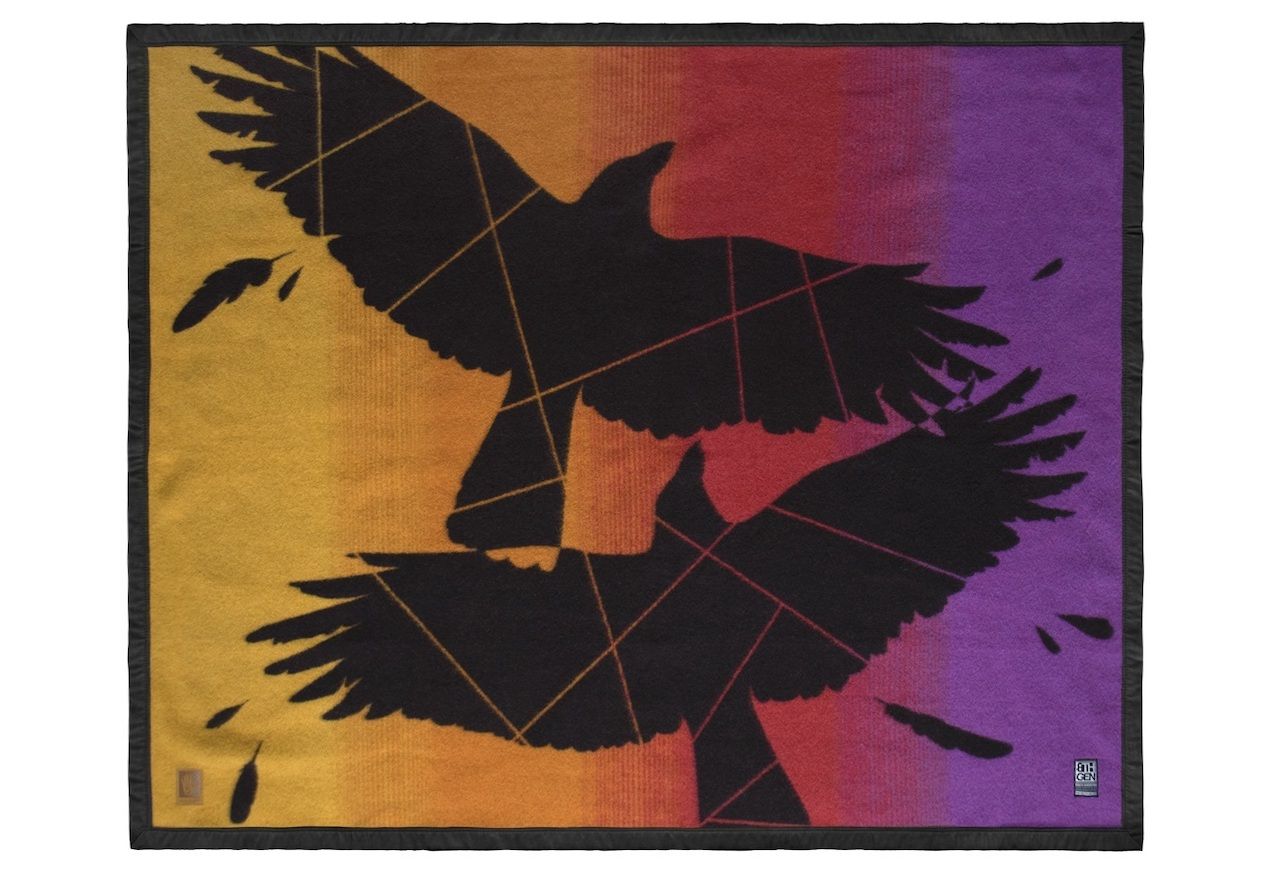 Language is only the first step in reclaiming one’s power. The next step is using that language to be heard — a job Geo and Ryan take very seriously.

Geo was recently elected to the school board in Indian Township in September, becoming the first openly trans Two-Spirit to win public office in Maine. Ryan’s recent works, including contributions to an upcoming book by the American Theatre Wing and a blanket design for Eighth Generation, make Two-Spirit people both subject and audience.

This level of visibility is still new for the modern Two-Spirit community, and the impact is already far-reaching.

While Ryan grew up without language to describe their identity, their two-year-old nephew is already creating his own. He refers to Ryan as ‘Uncle Aunty’ — a nickname bestowed with love.

“We’re doing all of this reclamation work, so when the next generation of Two-Spirits are ready, we can hand it to them, and say, ‘This is your bundle for you to pick up,” says Geo.”‘ It’s here for you when you’re ready.'”

CultureHow Native Arctic Women Are Taking Back the Art of Inuit Tattoos
Tagged
Culture LGBTQ Travel
What did you think of this story?
Meh
Good
Awesome