Over a year ago, as I was traveling back to my hometown on the Atlantic coast of France, I unexpectedly found myself on one of the rare, old-fashioned regional trains that still run in the area. It was not one of the slick, bullet-shaped trains that speed down the tracks. It was a hulking and boxy piece of machinery, gray with big mint green doors that passengers pulled open with a handle rather than a button. You had to walk up three tiny, steep steps to get into a second-class car, and once inside, it was a two-tone interior designer’s dream. Mint green ceiling, plastic gray flooring with an oval motif in relief, pleated mint curtains on every window, gray carpet on the wall, and large and cushy striped gray and mint seats. Standing in the middle of the aisle gave me a perspective view of the car that looked like a 1970s advertisement for the French Rails. It was a picture that would make anyone with an ounce of taste want to ditch their car to ride the rails forever. It was a picture that belonged on the Accidentally Wes Anderson Instagram account. 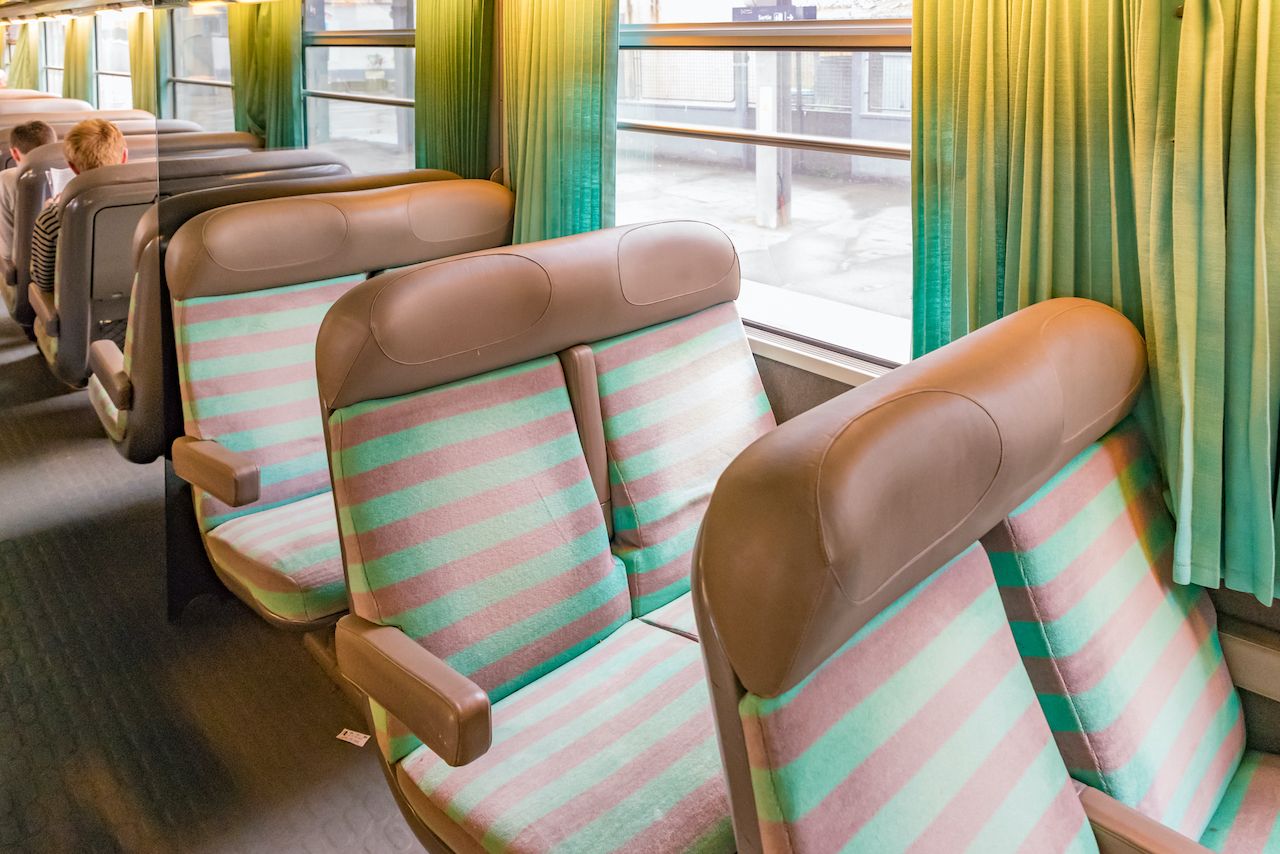 The Accidentally Wes Anderson Instagram account (also known as AWA) is full of nostalgic snapshots like the one I experienced in real life that day. It’s a return to the past but not the black-and-white or sepia kind. It revisits a world filled with vibrant colors that give scrollers the impression they’ve been plucked from the 21st century to be dropped back to the time period between 1920 and 1980 where they can see the very best of global architecture, art, and design. 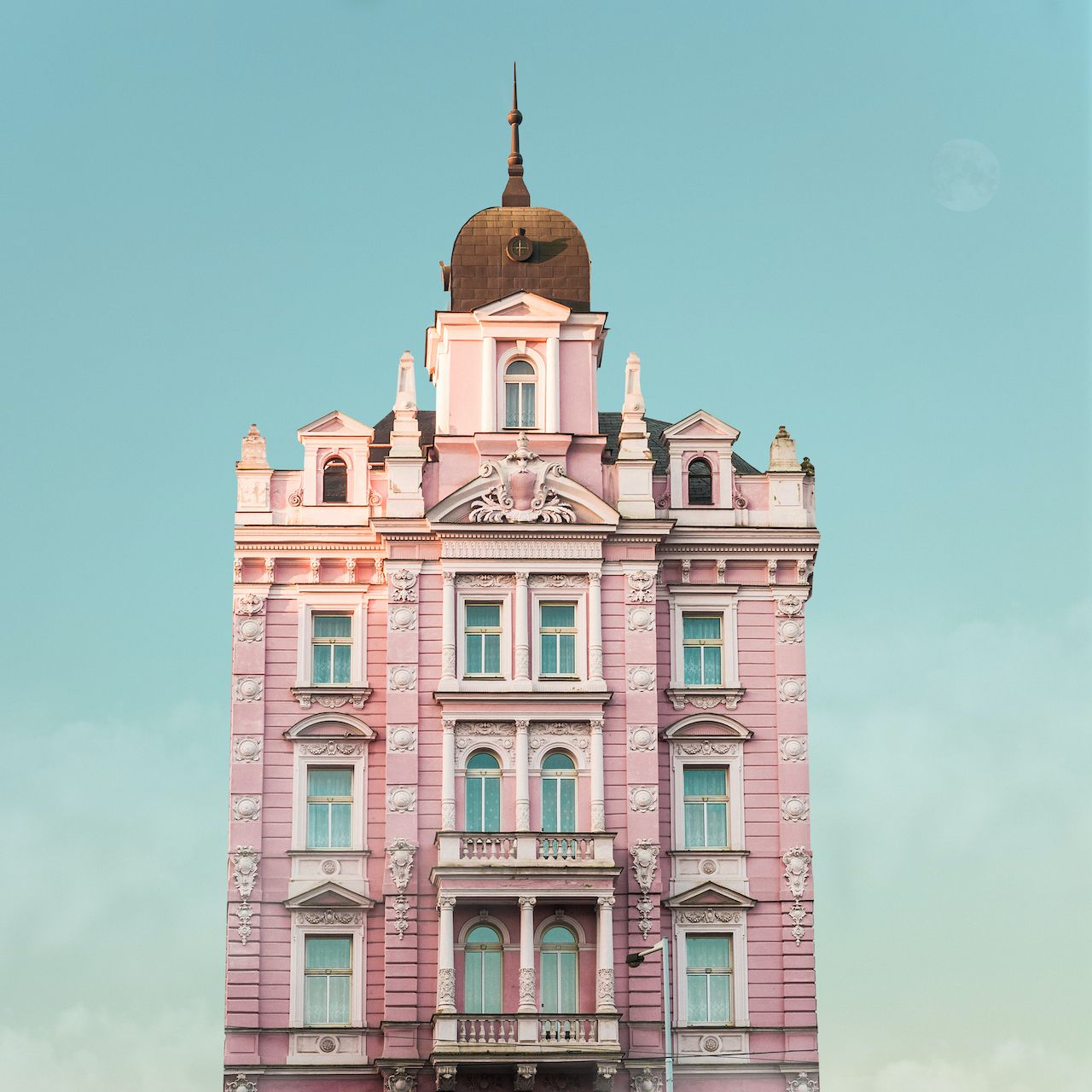 The Instagram account struck a note with users of the platform, but not just with fans of Anderson. That’s because AWA could be the dictionary illustration for the term “Instagrammable” — The photos featured are bright, colorful, fun, perfectly framed, and they enable followers to visually travel through time, cultures, and countries. With one million followers at time of writing, it’s clear they have found the recipe for Instagram success.

And that success is taking them beyond people’s screens to their bedside tables and sitting rooms. In October, they’ll release Accidentally Wes Anderson, The Book, a coffee table book by AWA founder Wally Koval that compiles photographs submitted by followers. The book uses some of the images that have already been shared on the Instagram account, but most of the photographs that will be featured have never been seen before.

Although not run by Wes Anderson himself or by anyone on his team, Accidentally Wes Anderson honors the director’s aesthetic to perfection — bright color palette, symmetry, and a hefty dose of quirkiness. Anderson’s famous creation, The Grand Budapest Hotel, set in a fictional pink and white building of flawless proportions and surrounded by majestic snowy mountain peaks, is a model example of his preferred aesthetic. But Moonrise Kingdom, Darjeeling Limited, and The Royal Tenenbaums, three more of Anderson’s movies, also deliver the artful and impeccable imagery that is unique to the director and that is successfully replicated on AWA. 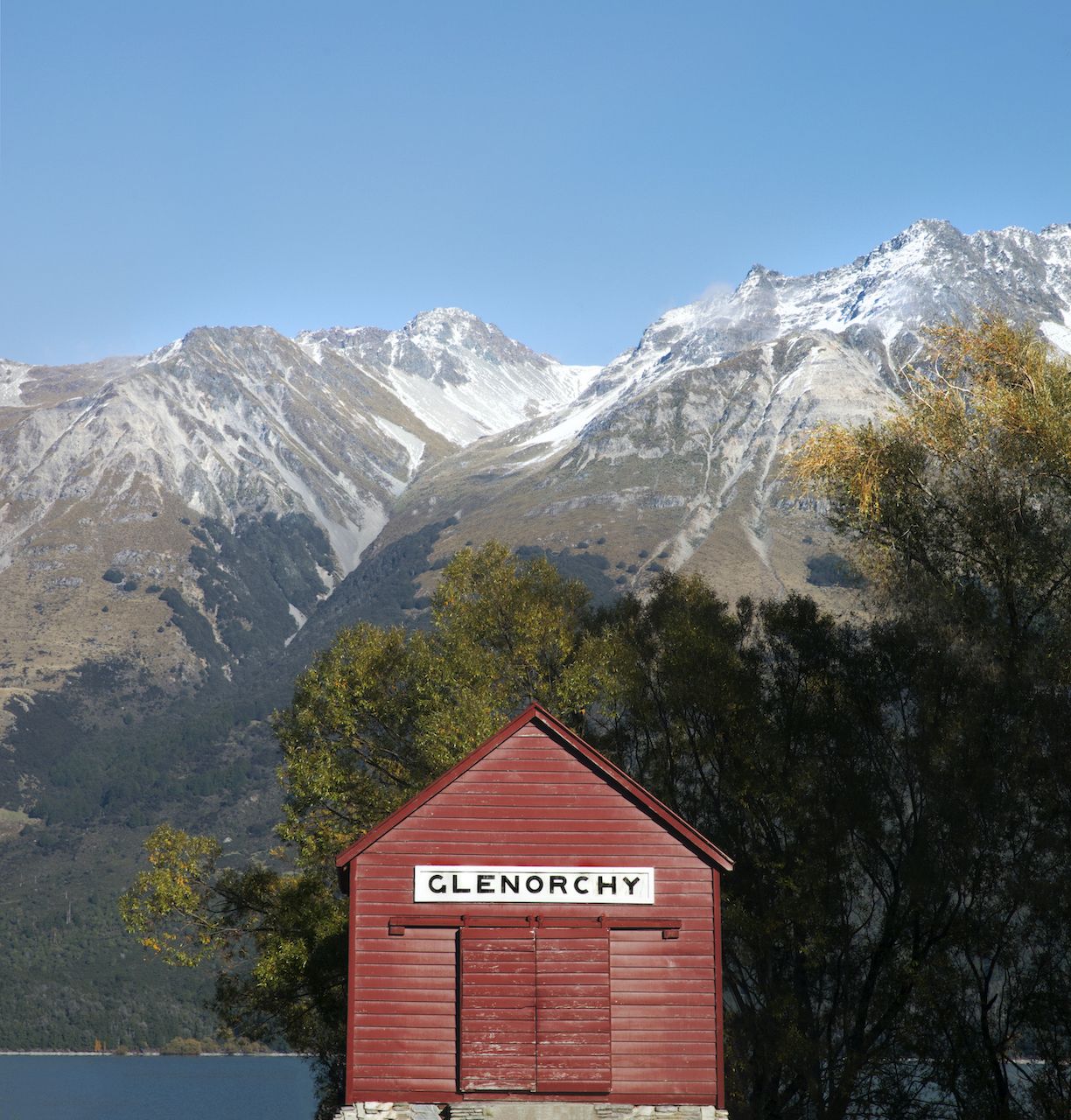 Angelo Zinna — Matador Network contributor, traveler, and photographer extraordinaire — is one of the members of the AWA community whose photo was chosen to be in the book.

“I tagged them [AWA] in a photo of a train in Almaty, Kazakhstan, last year,” Zinna says. “They shared it and then got in touch and asked me to submit more photos.”

He sent more photos to AWA, some of which have been shared on the Insta account; others are likely to appear on the upcoming website. The train photo first shared will make it to the book. (AWA loves train and tram pictures while there are no airplane photos on the account — another element that anchors it in the past.) 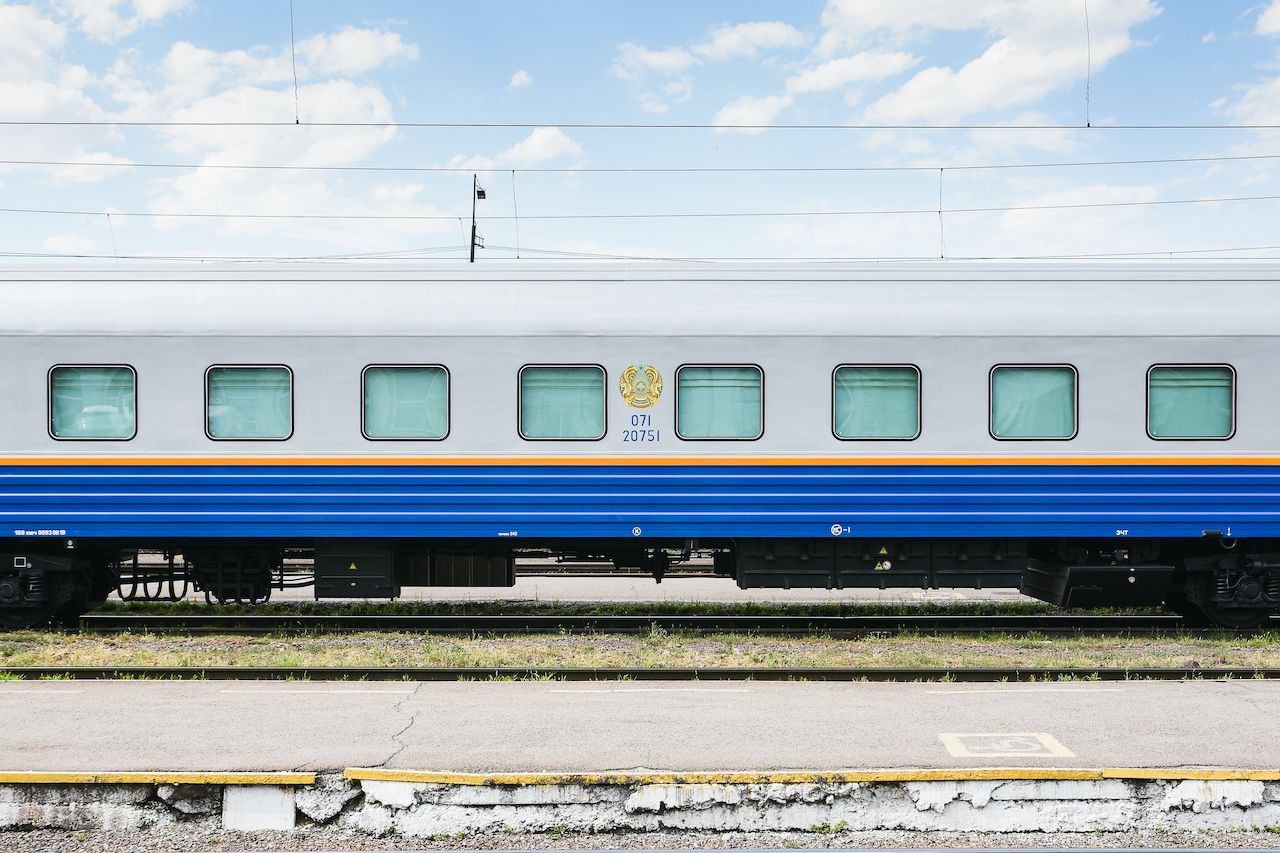 In the book based off of the Instagram account, 200 pictures taken in as many locations will be featured. Zinna explains that AWA wanted to be as inclusive as possible and chose images that reflected the entire world rather than a few select locations.

Zinna has a passion for architecture and a talent for photography — the perfect combination to appear on AWA. He is not a hardcore fan of Anderson, but as someone who likes art in all its forms, he enjoys the singular style that defines the director and AWA.

“The color scheme is always vibrant and every shot is full of details,” Zinna says. “Each capture evokes going back to a simpler time, but not very far back — only a recent past. It triggers a powerful sense of nostalgia and comfort.”

Personally, I feel like I’m back in my grandma’s house when I scroll through the account, or at least I feel the same emotion as when I’m looking at grandma’s photo album. There’s a sense of cheerfulness and beauty in those images that seems to only exist in the past — it’s powerful. 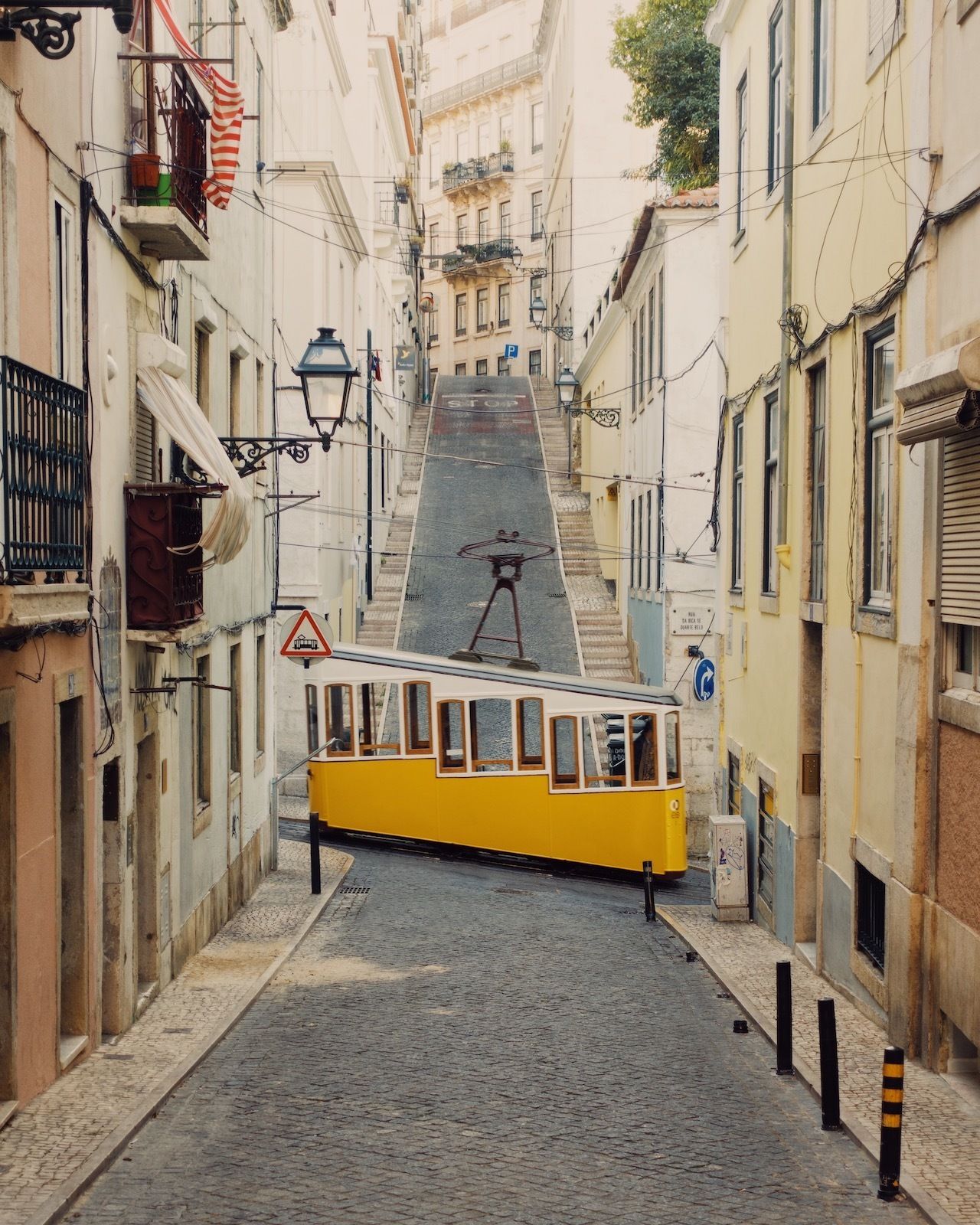 Zinna also applauds those at the helm of the AWA account. “It’s a great community. The social media managers always praise the photographers, tag their accounts, answer comments, etc.” In short, AWA is openly grateful for those who made the account so prosperous and don’t shy away from thanking them for this success, and the likely triumph of the book. Credit where credit is due.

Zinna won’t be remunerated for his contribution, but he’ll receive a copy of the book, and he is excited to see his art in such a well-known and loved project.

“Architecture coffee table books are making a comeback,” Zinna says. “I see them a lot these days. I think it’s because they’re easily read. They’re just made of large photographs — it’s like Instagram, but on paper.” 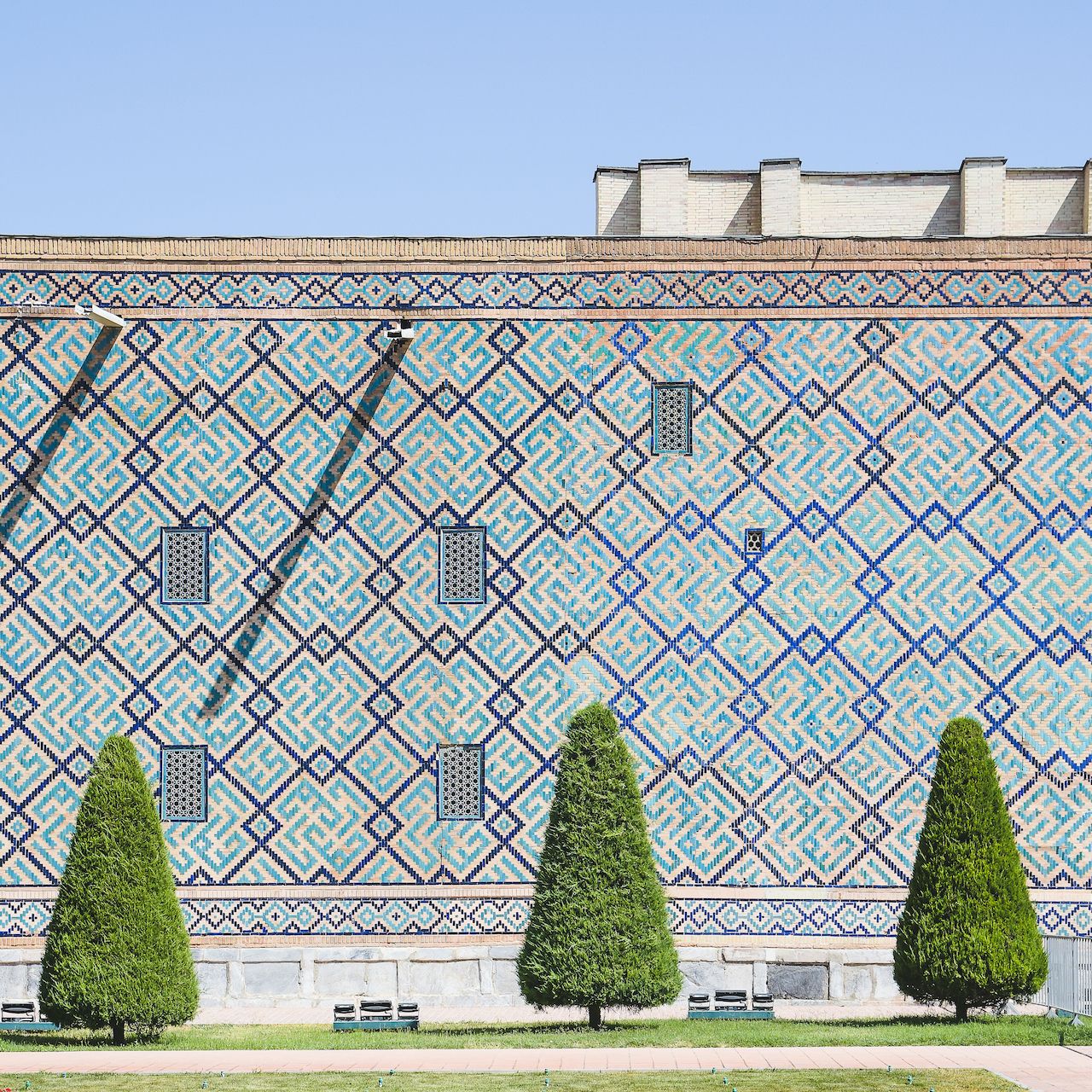 Angelo Zinna’s photograph of Samarkand has been shared on the AWA Insta account. Photo: Angelo Zinna

One thing we know for sure is that the foreword of the book will be written by Wes Anderson himself who is said to be thrilled by the project. Those who pre-order the book can win a copy signed by the director who inspired it all. And those who pre-order by September 30 run the chance to win all sorts of amazing prizes — all colorful and beautifully detailed, of course.