This week, Airbus joined a growing number of businesses and governments worldwide in pledging an emissions-free future. The world’s largest airplane maker announced design concepts for three commercial aircraft — dubbed ZEROe — that will run on hydrogen and emit nothing but water vapor. Airbus said planes will use groundbreaking new technology and will be in operation by 2035.

“This is a historic moment for the commercial aviation sector as a whole, and we intend to play a leading role in the most important transition this industry has ever seen. The concepts we unveil today offer the world a glimpse of our ambition to drive a bold vision for the future of zero-emission flight,” said Airbus CEO Guillaume Faury in a press release. “I strongly believe that the use of hydrogen — both in synthetic fuels and as a primary power source for commercial aircraft — has the potential to significantly reduce aviation’s climate impact.”

Faury touts the power of hydrogen, both as a complete energy source and as part of synthetic aviation fuels, as the key to reducing the airline industry’s environmental impact. The first of the three ZEROe models, the turbofan design, is the most visually similar to current commercial aircraft. It’s designed to carry a minimum of 100 passengers and as many as 200, and will be capable of flying up to 2,000 nautical miles. The second, a turboprop design, will travel 1,000 miles, and the third, a space-age looking “blended wing body,” will carry 200 passengers and fly up to 2,000 miles per trip. 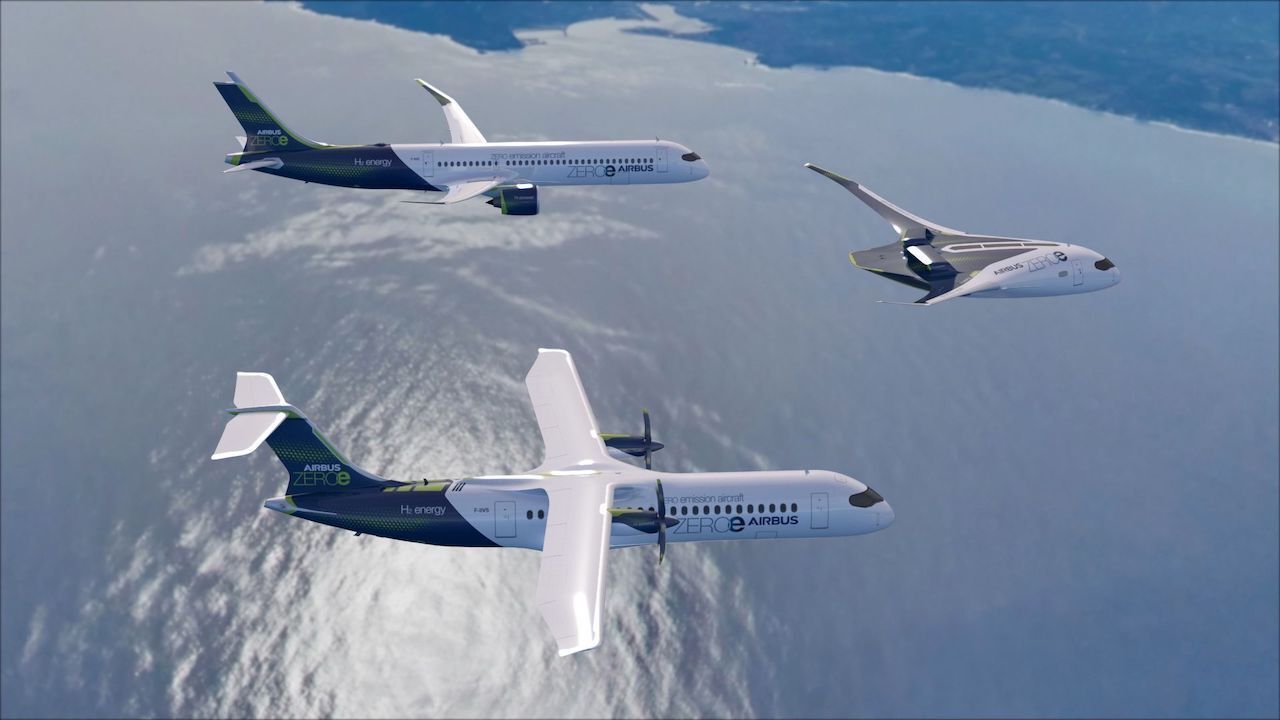 “These concepts will help us explore and mature the design and layout of the world’s first climate-neutral, zero-emission commercial aircraft, which we aim to put into service by 2035,” Faury said.

Faury noted, however, that the viability of these planes would require the support of the entire aviation industry, including the airports they fly into. Airports must develop infrastructure for hydrogen fuel purchasing, transfer, storage, and dispensing on site. Support from governments will be key.

Chinese President Xi Jinping announced Tuesday that China would reach climate neutrality by 2060, according to a report in The New York Times. No other specifics of the plan were given, and time will tell whether this was a move in the ongoing political chess match between China and the United States, especially given China’s current heavy reliance on coal power. Either way, it’s loud and attracting attention, which is sure to spur further action from other countries.

There was plenty of news on the electric transportation front this week. Most notably, California Governor Gavin Newsom announced that the state would ban the sale of new gas-powered vehicles by 2035 and said he had directed the state’s transportation agencies to focus on near-term goals to reduce the amount of driving as a primary means of transportation.